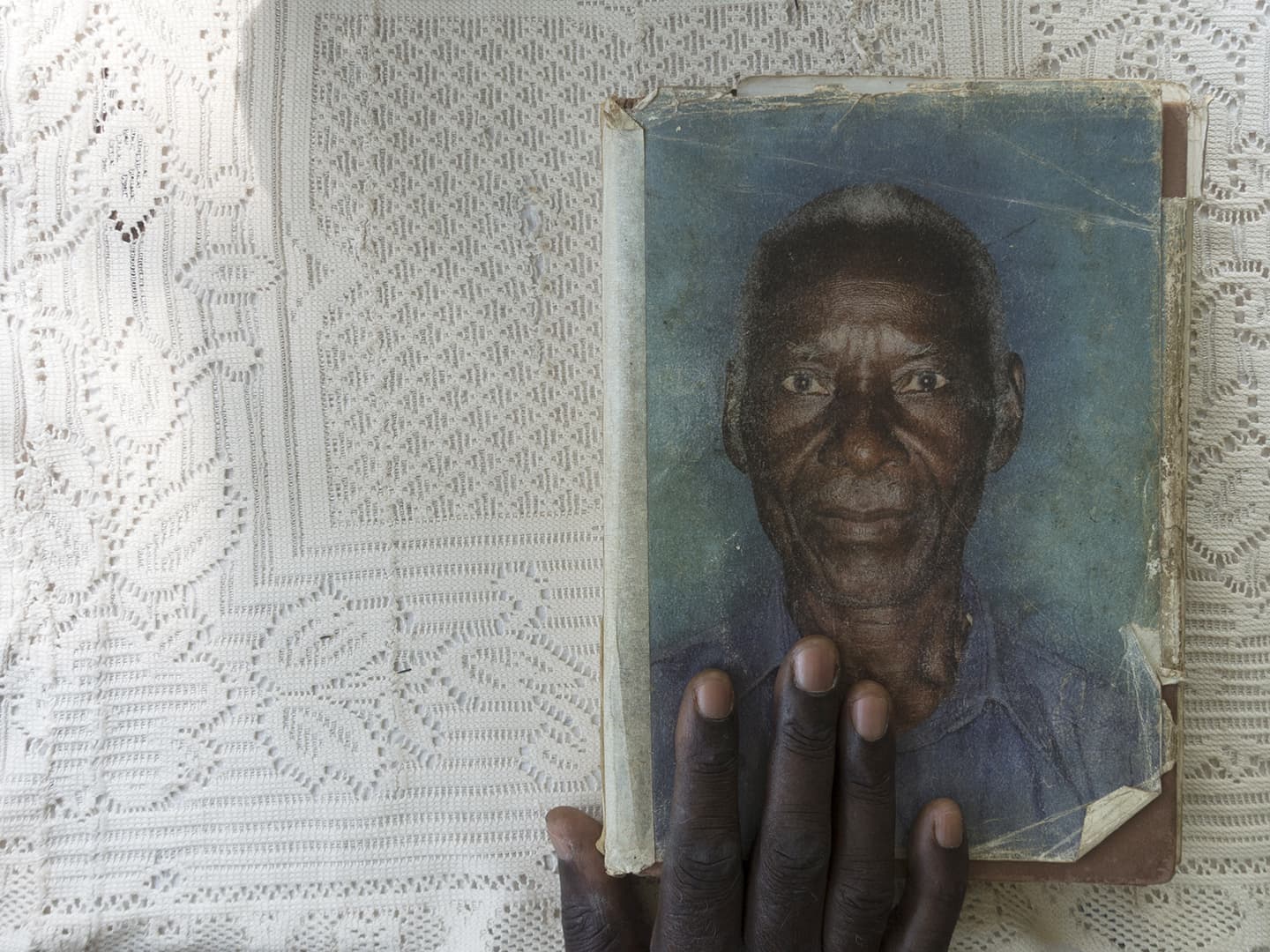 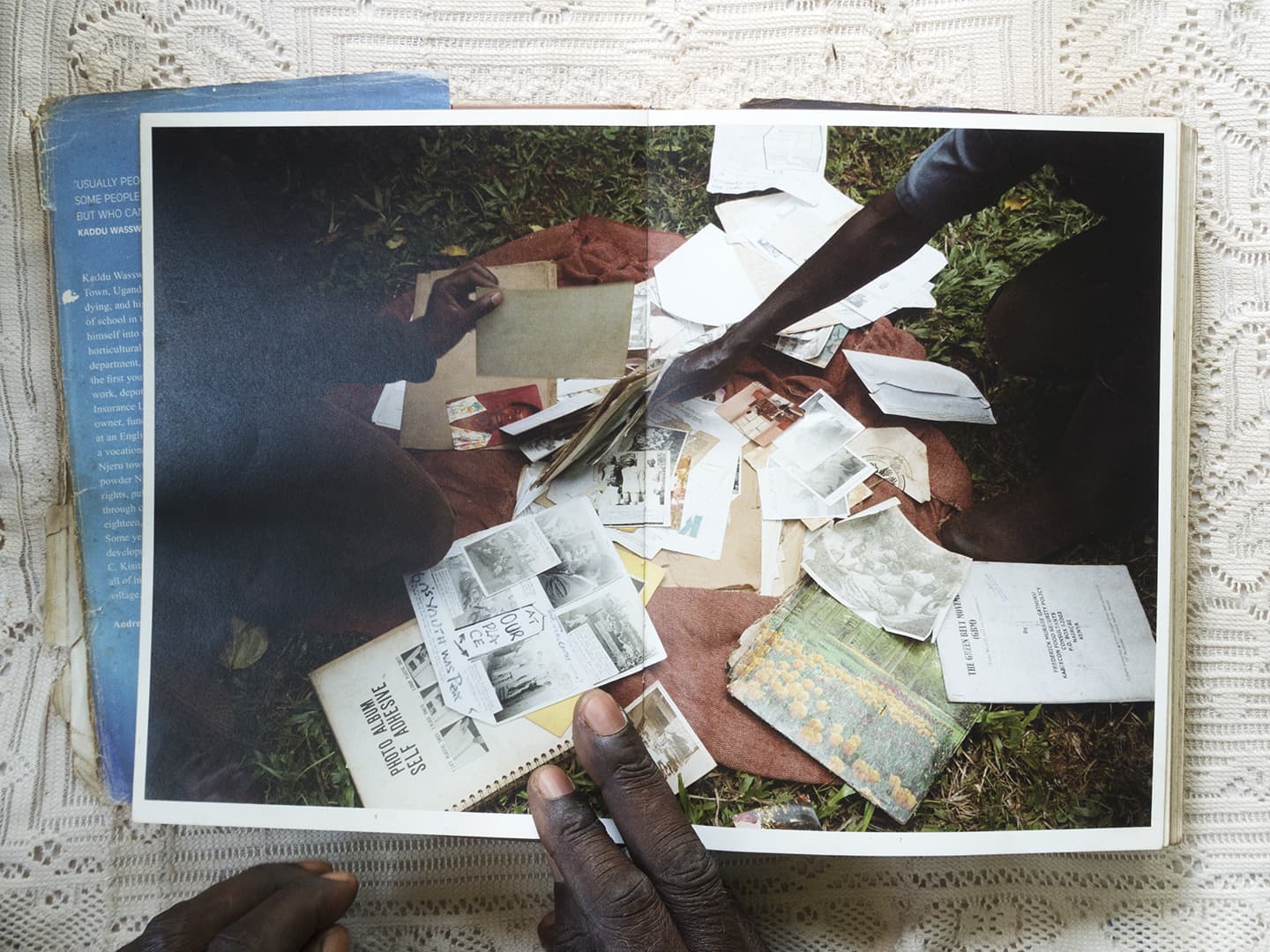 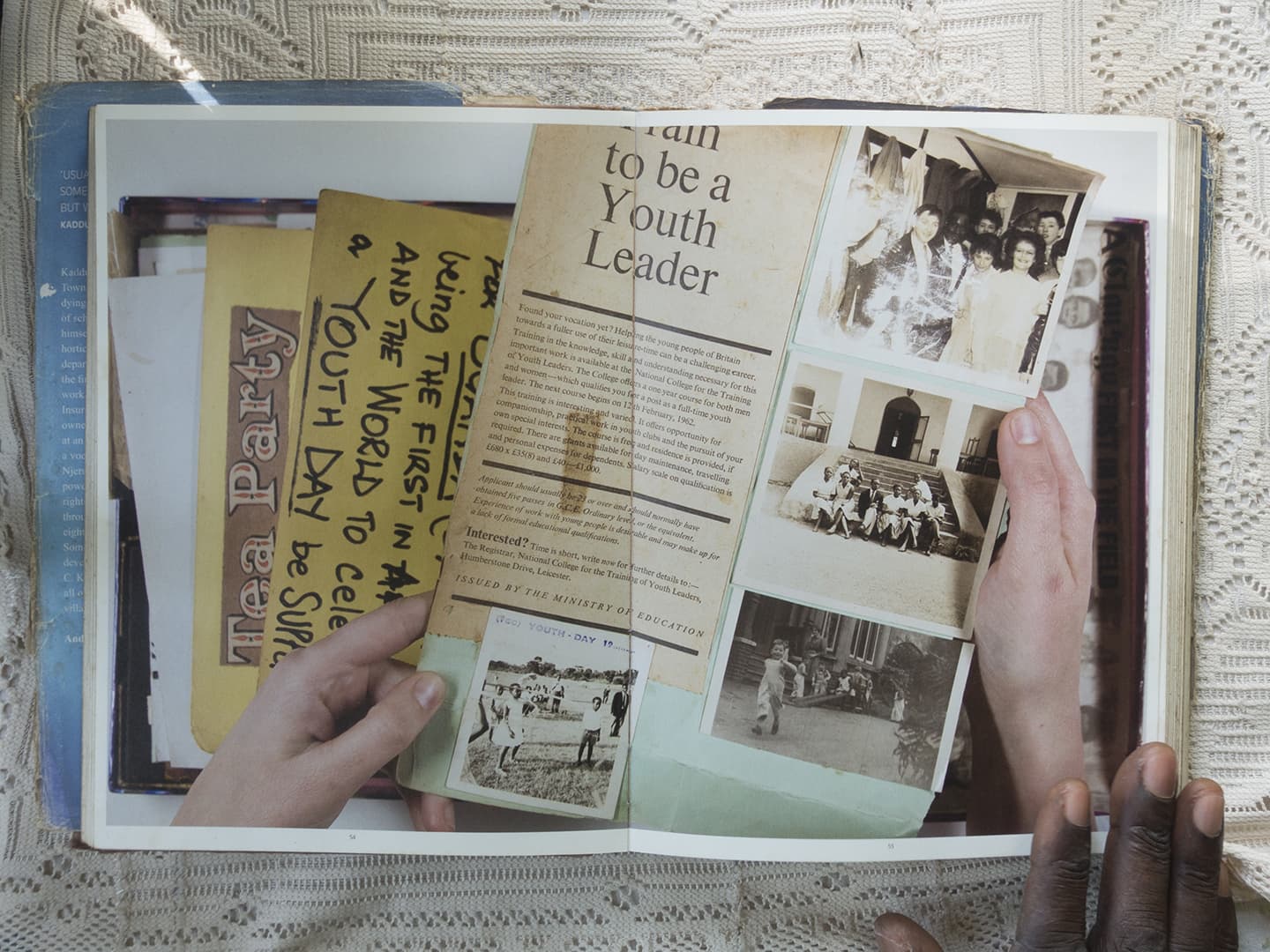 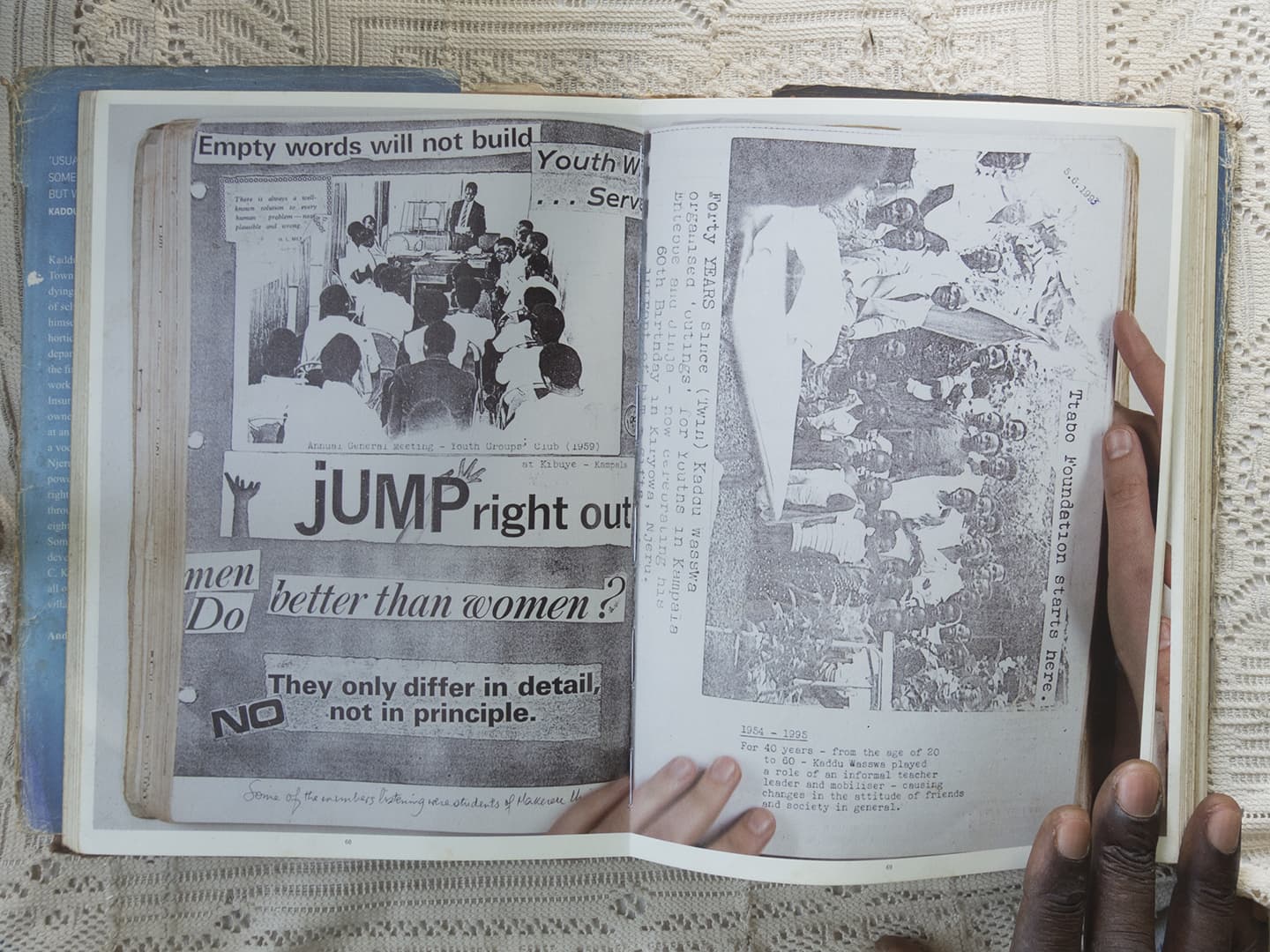 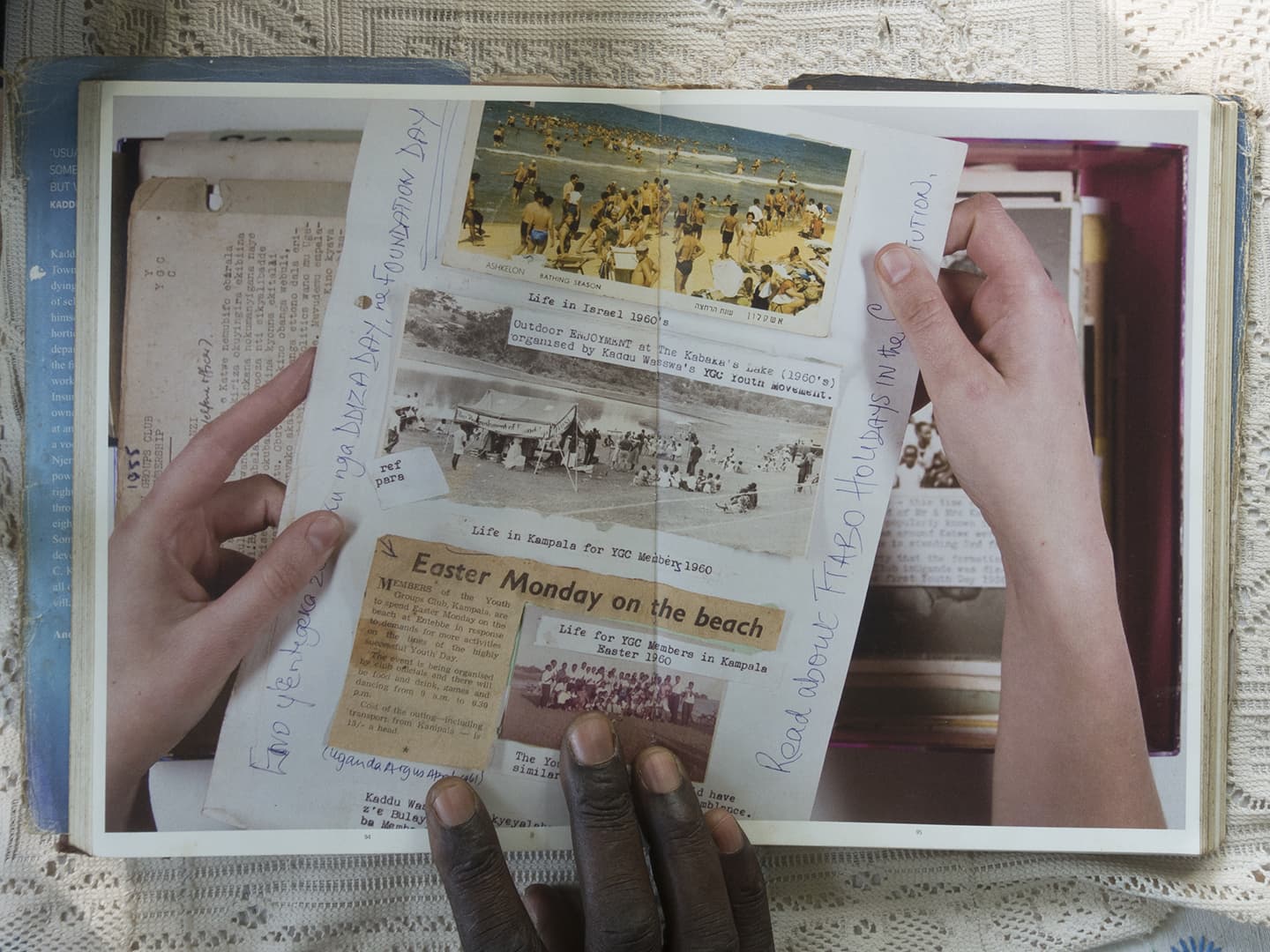 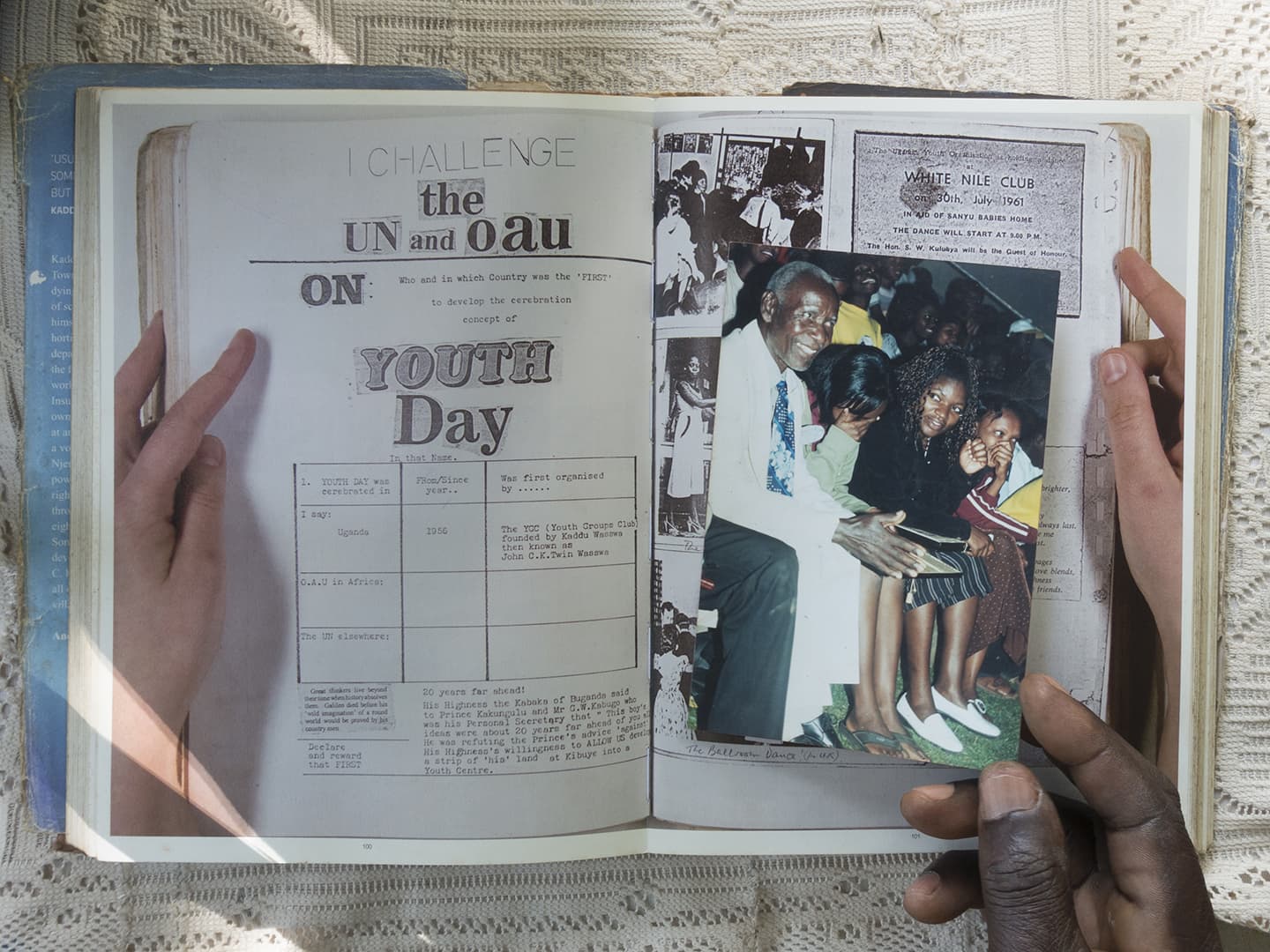 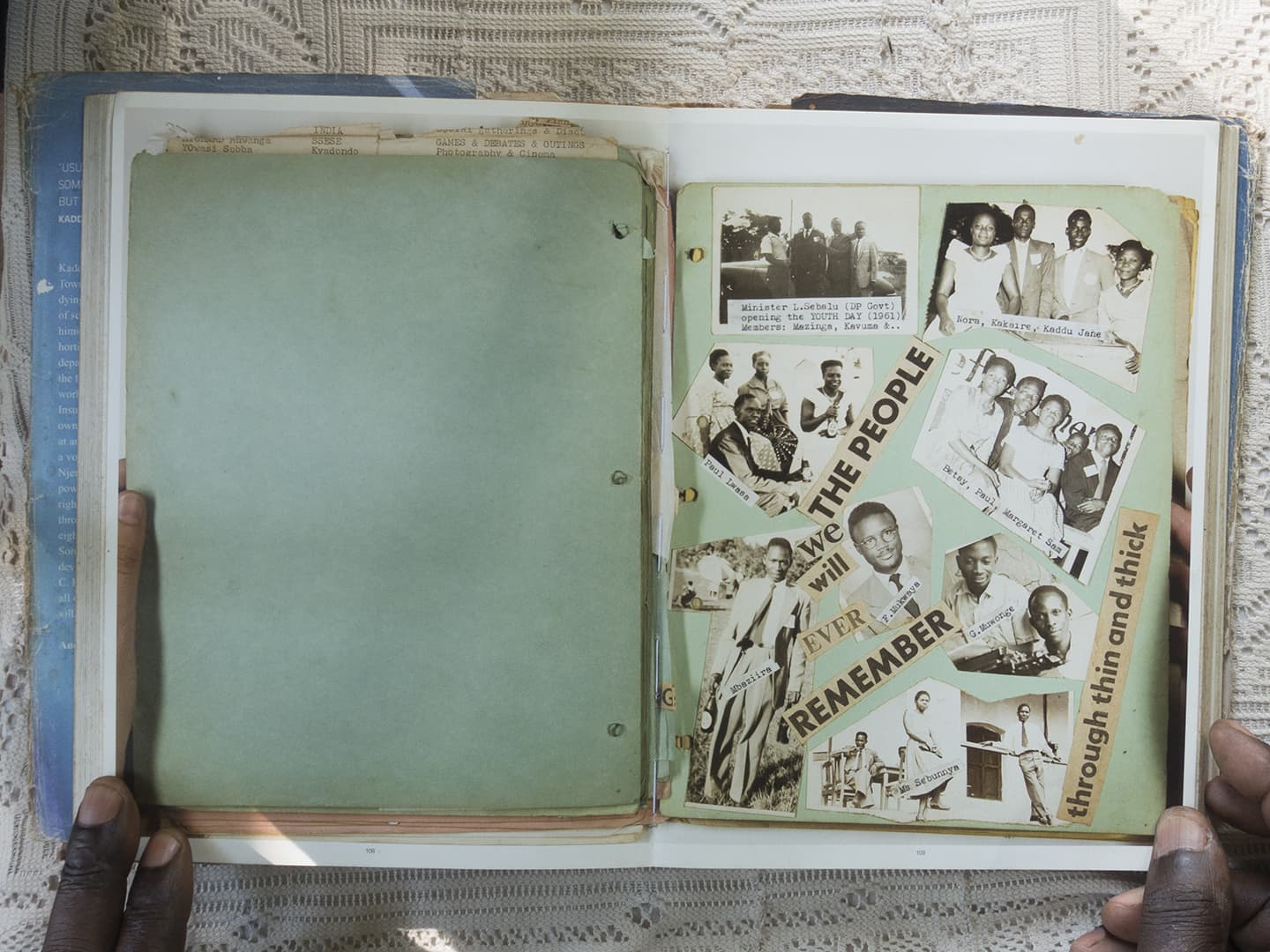 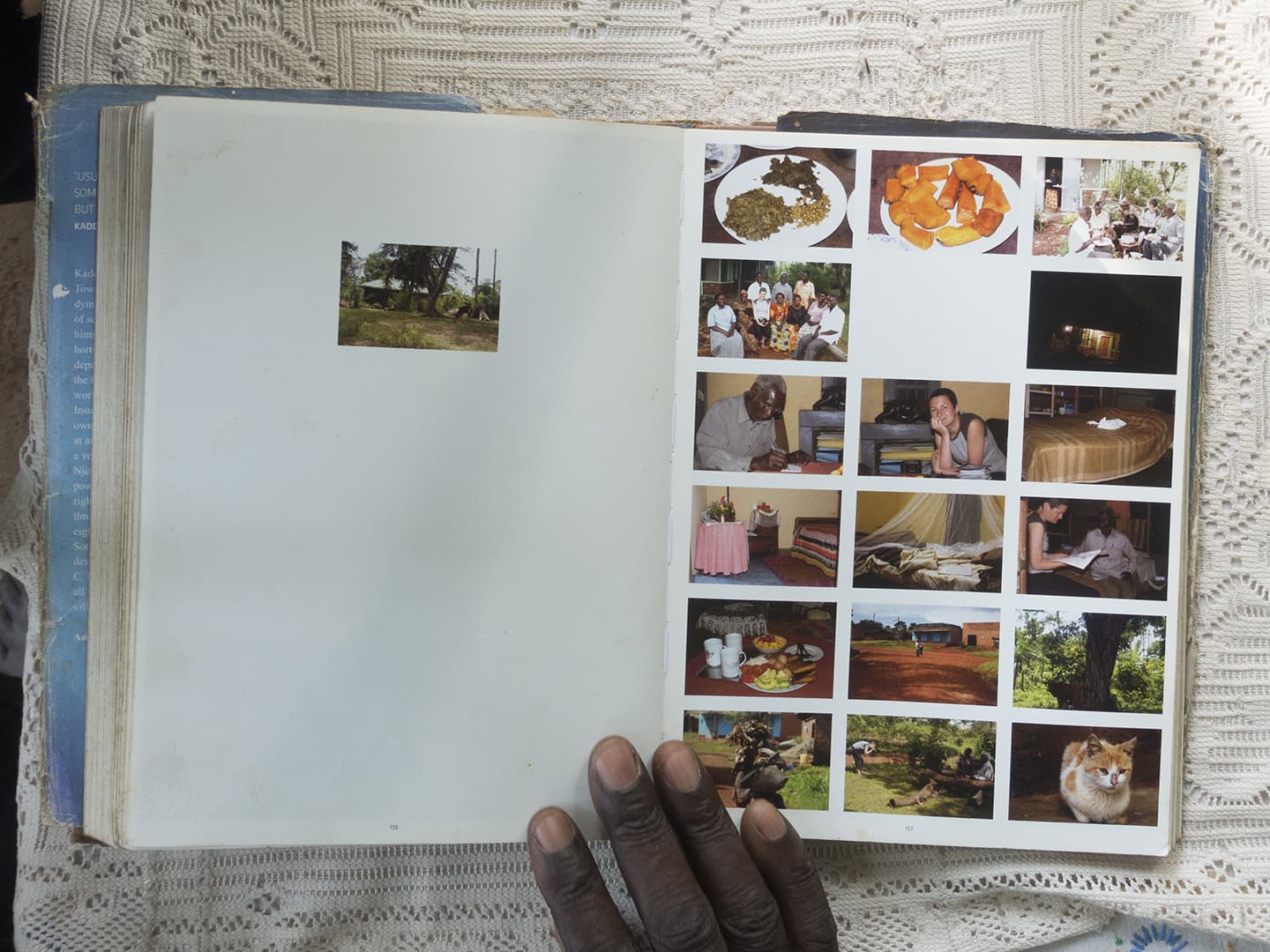 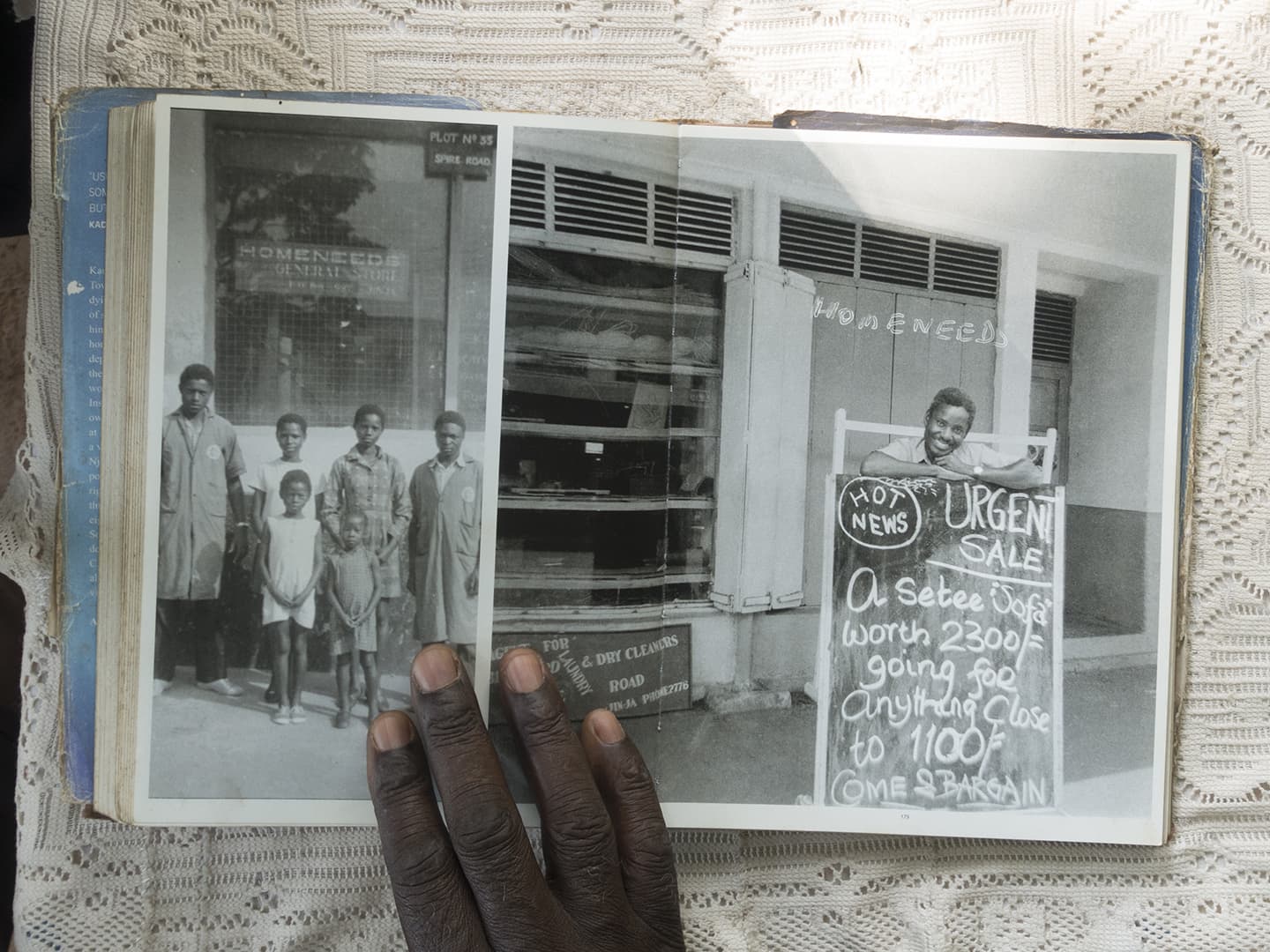 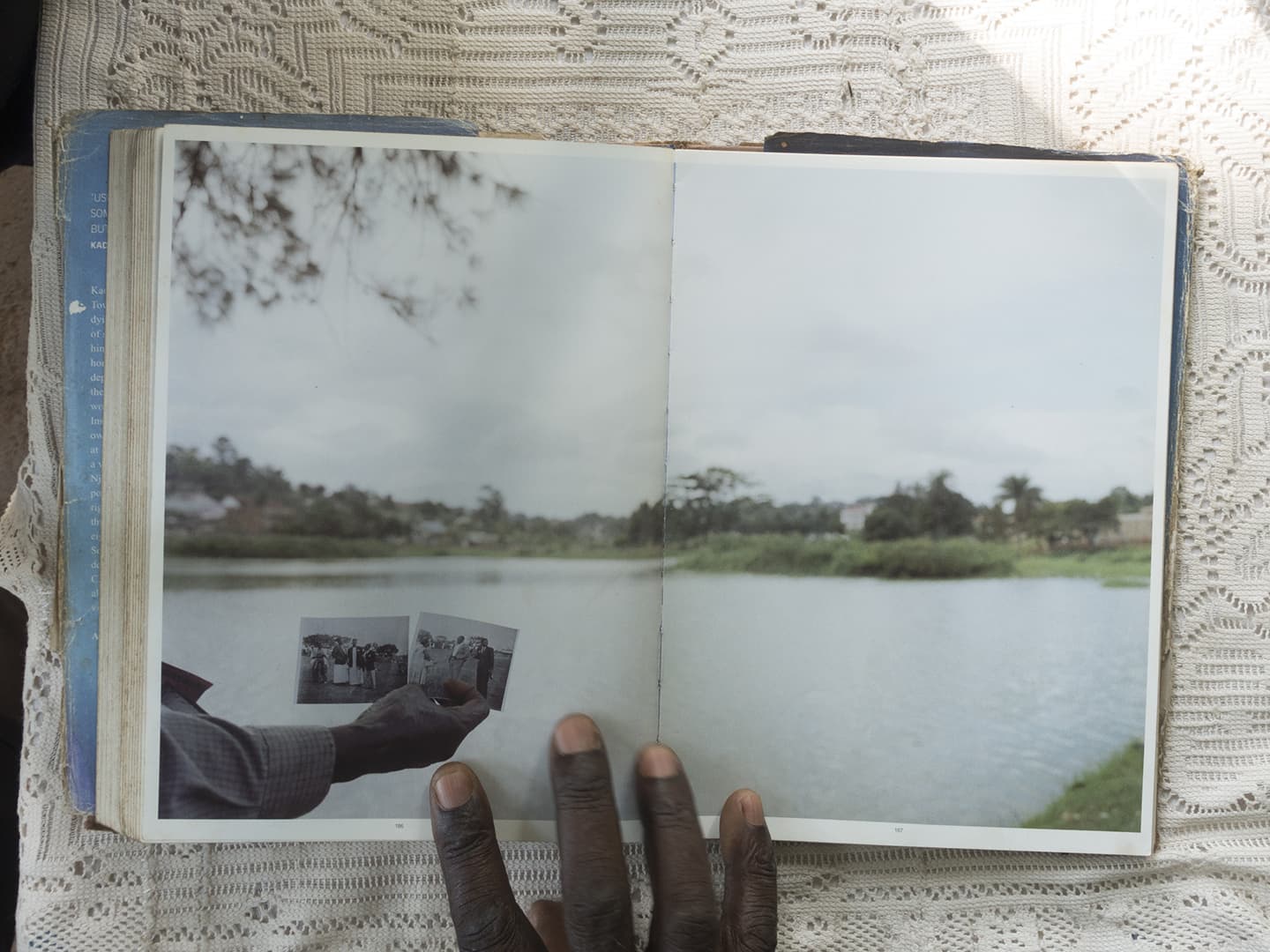 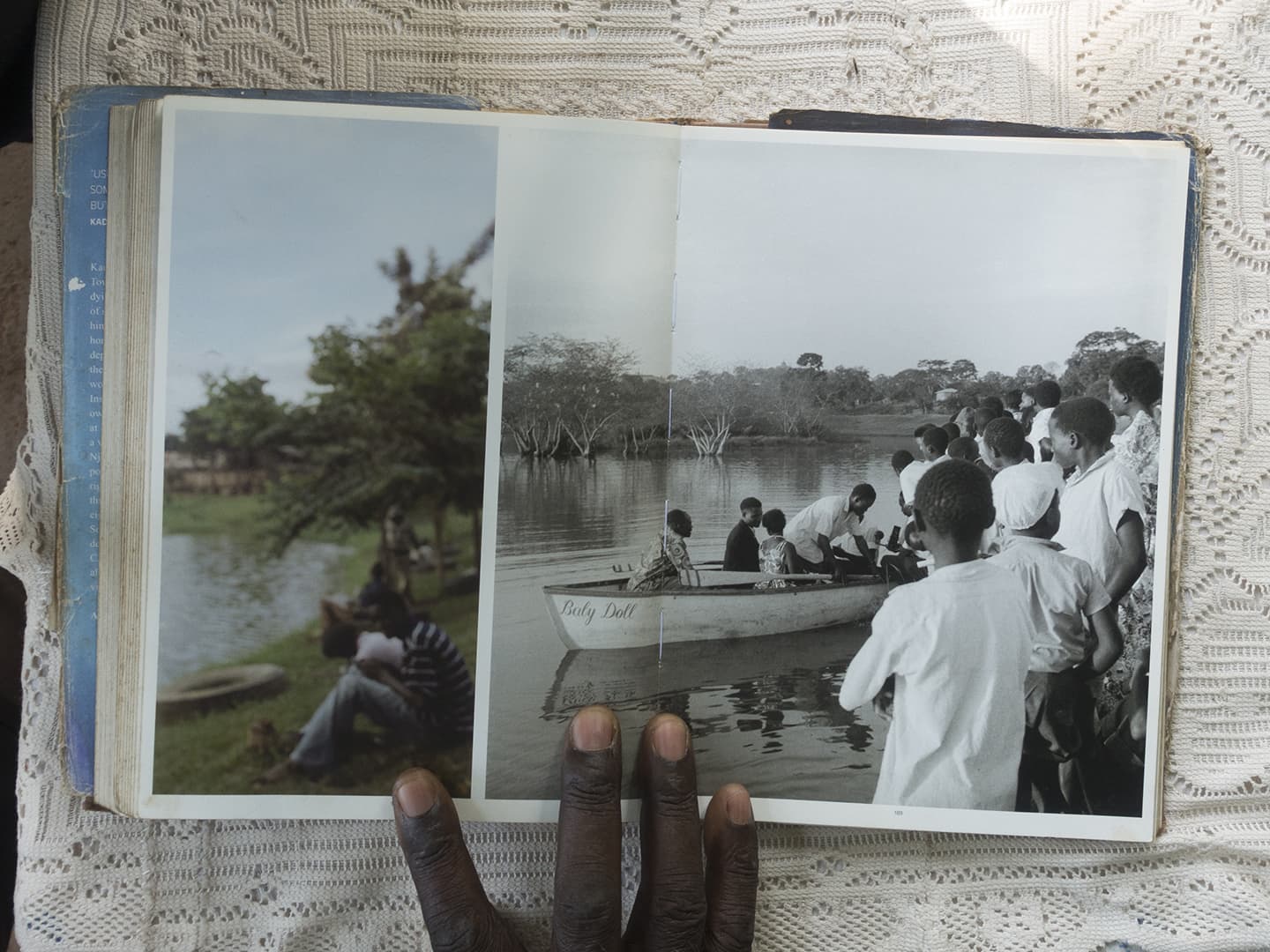 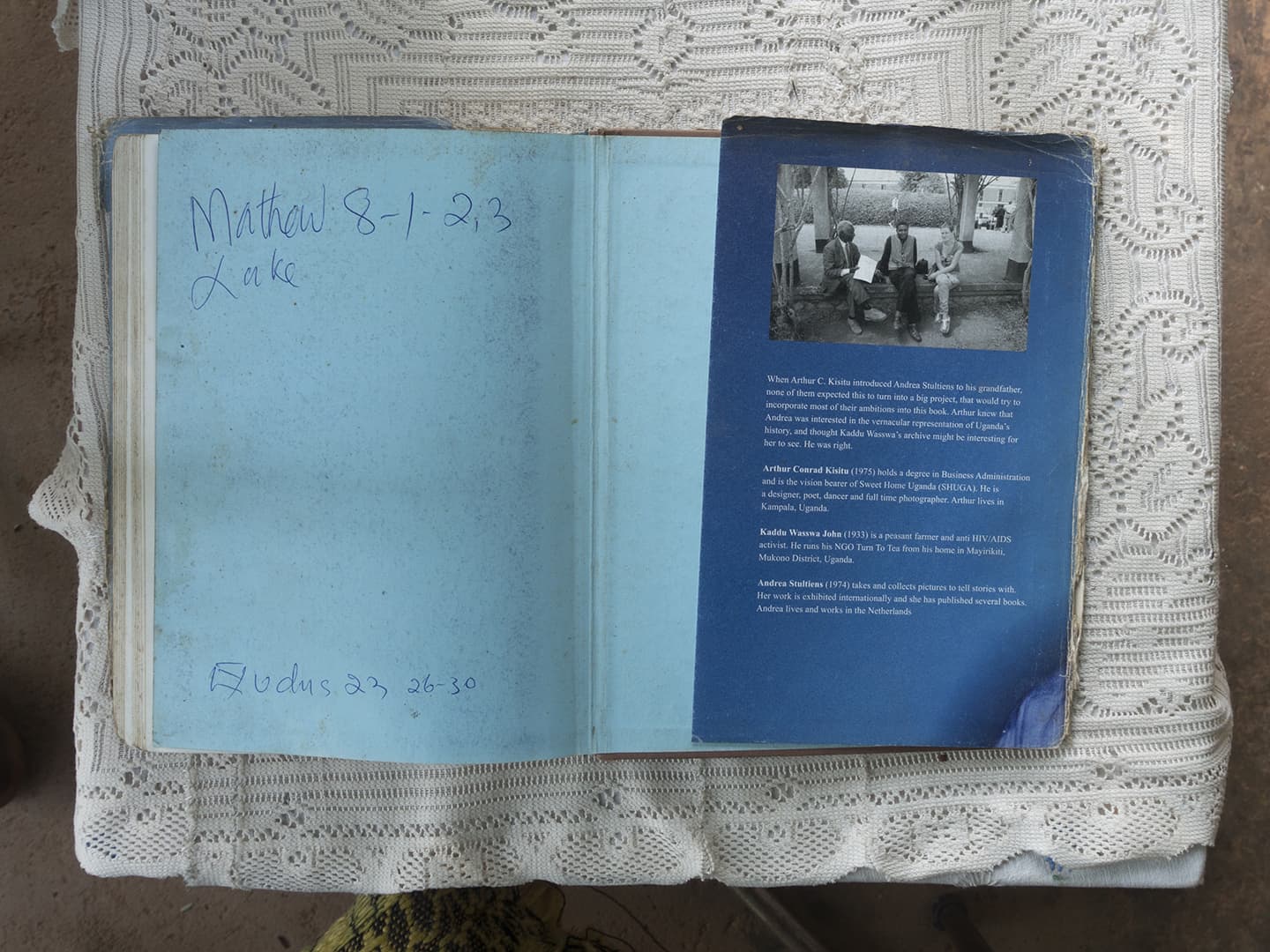 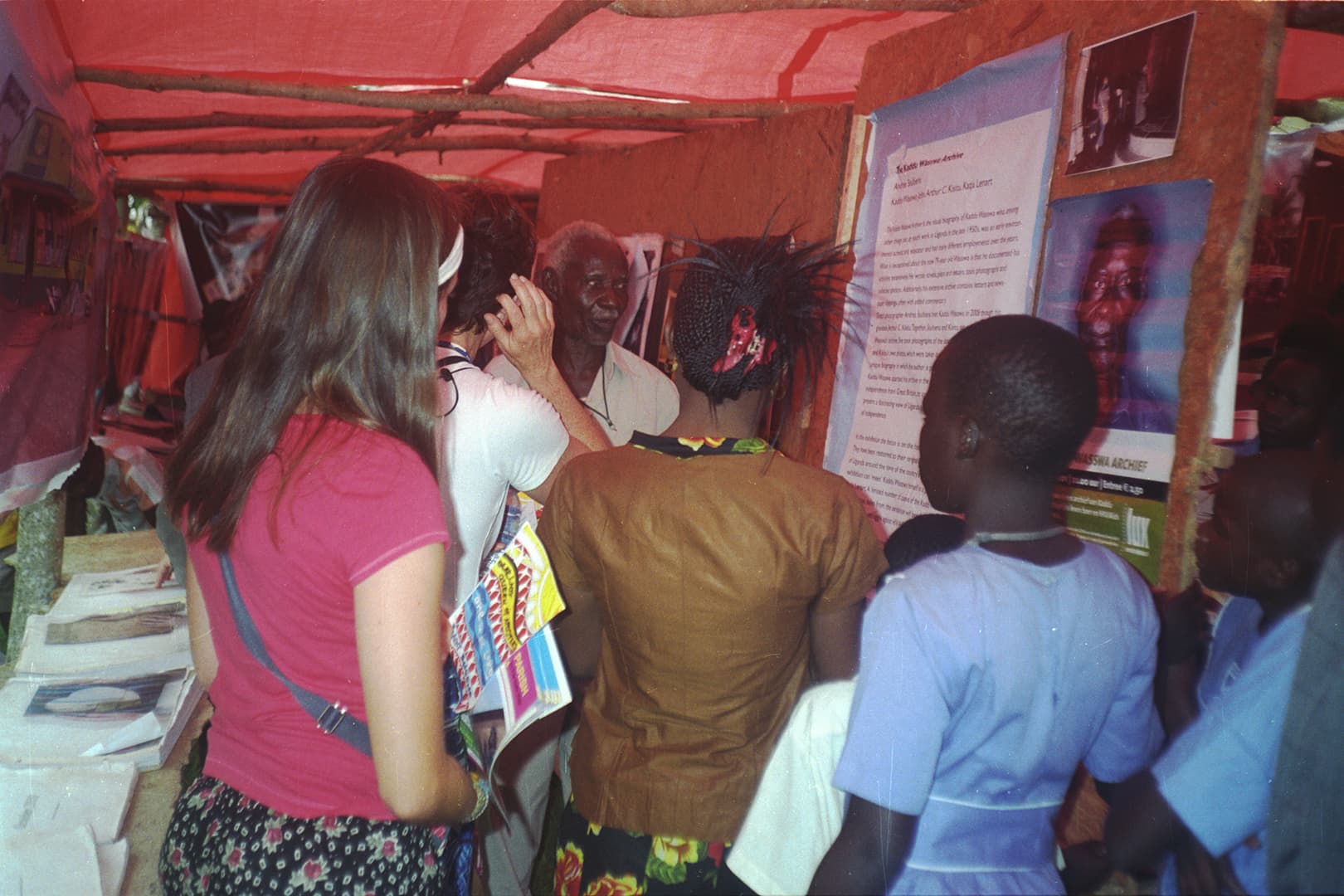 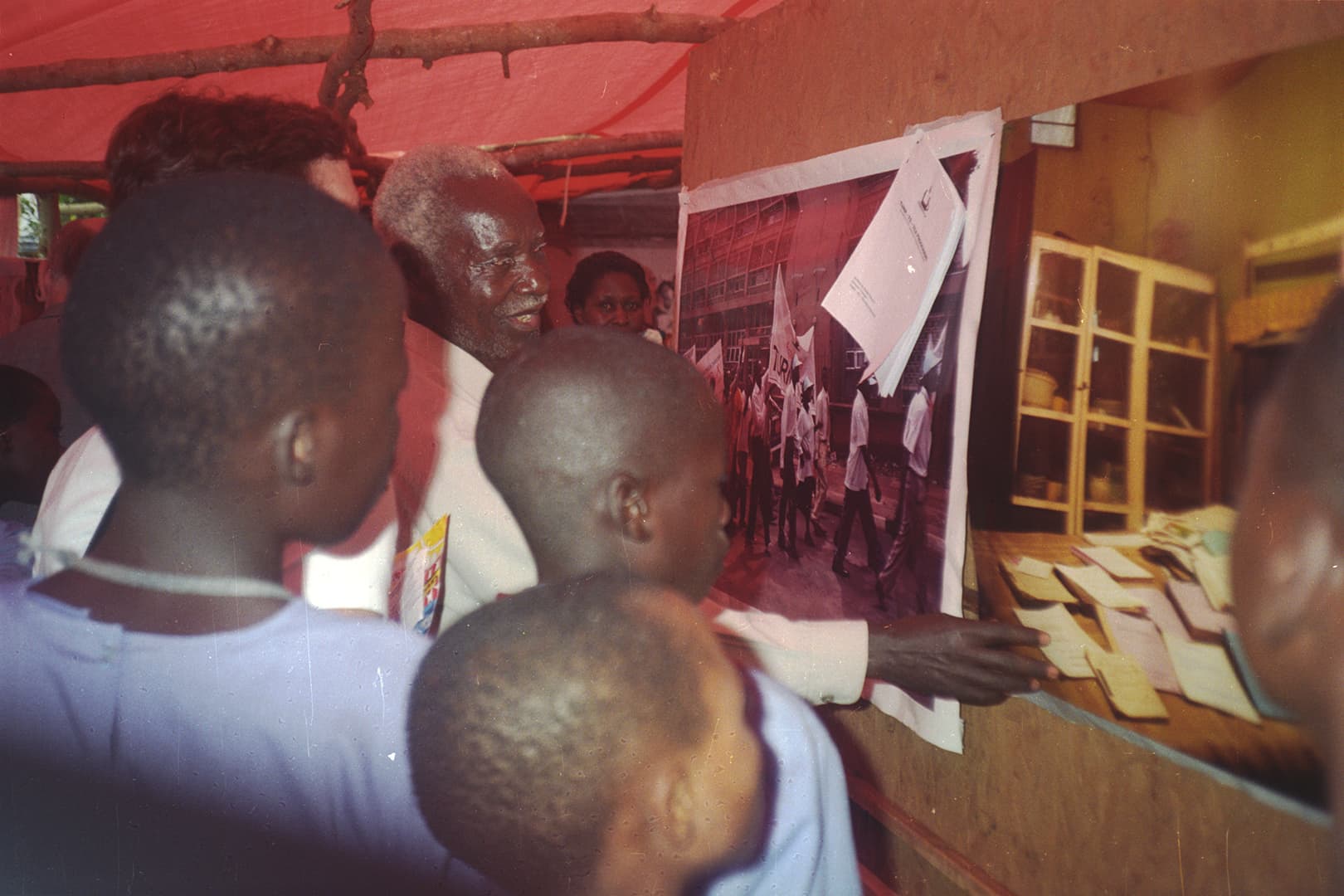 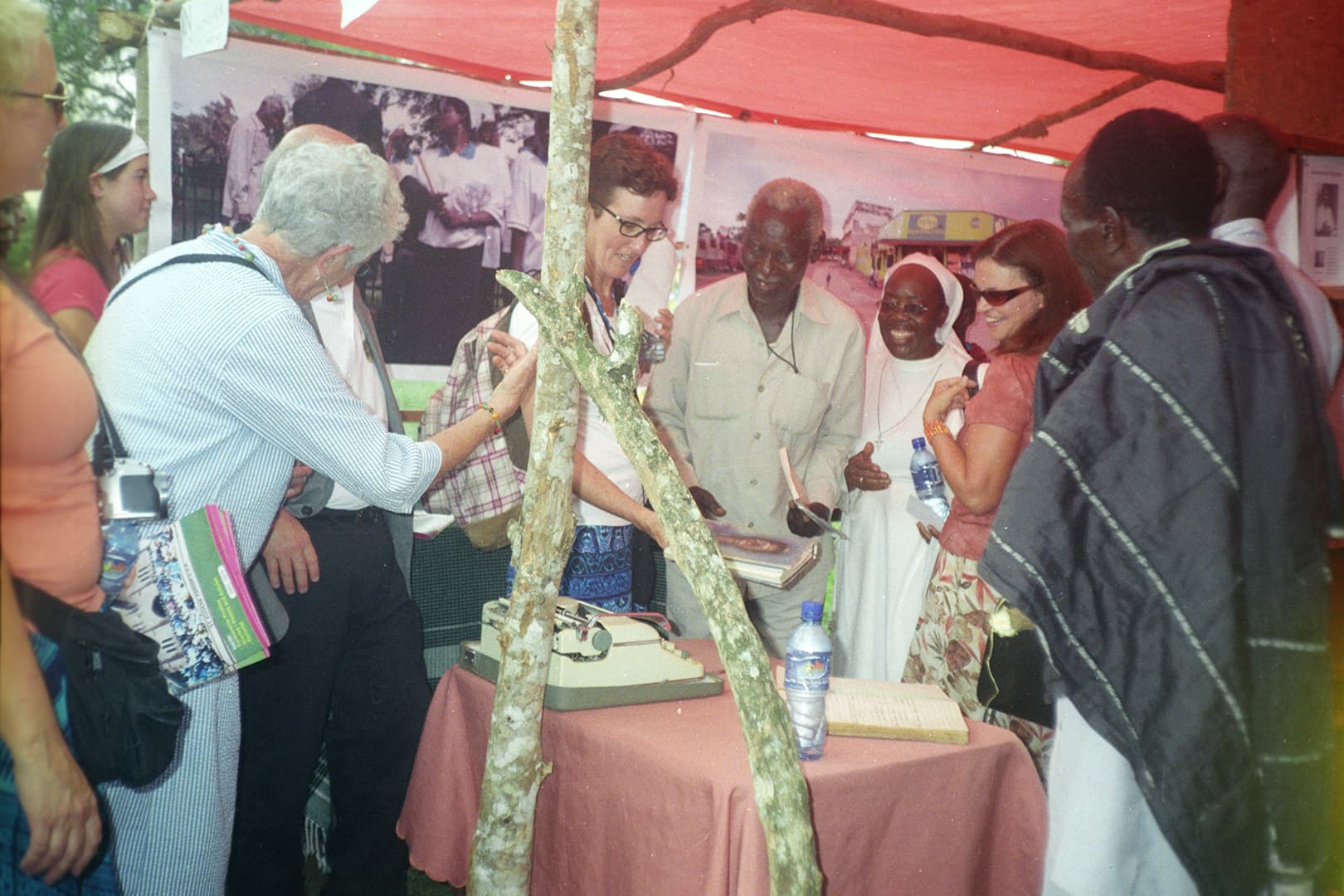 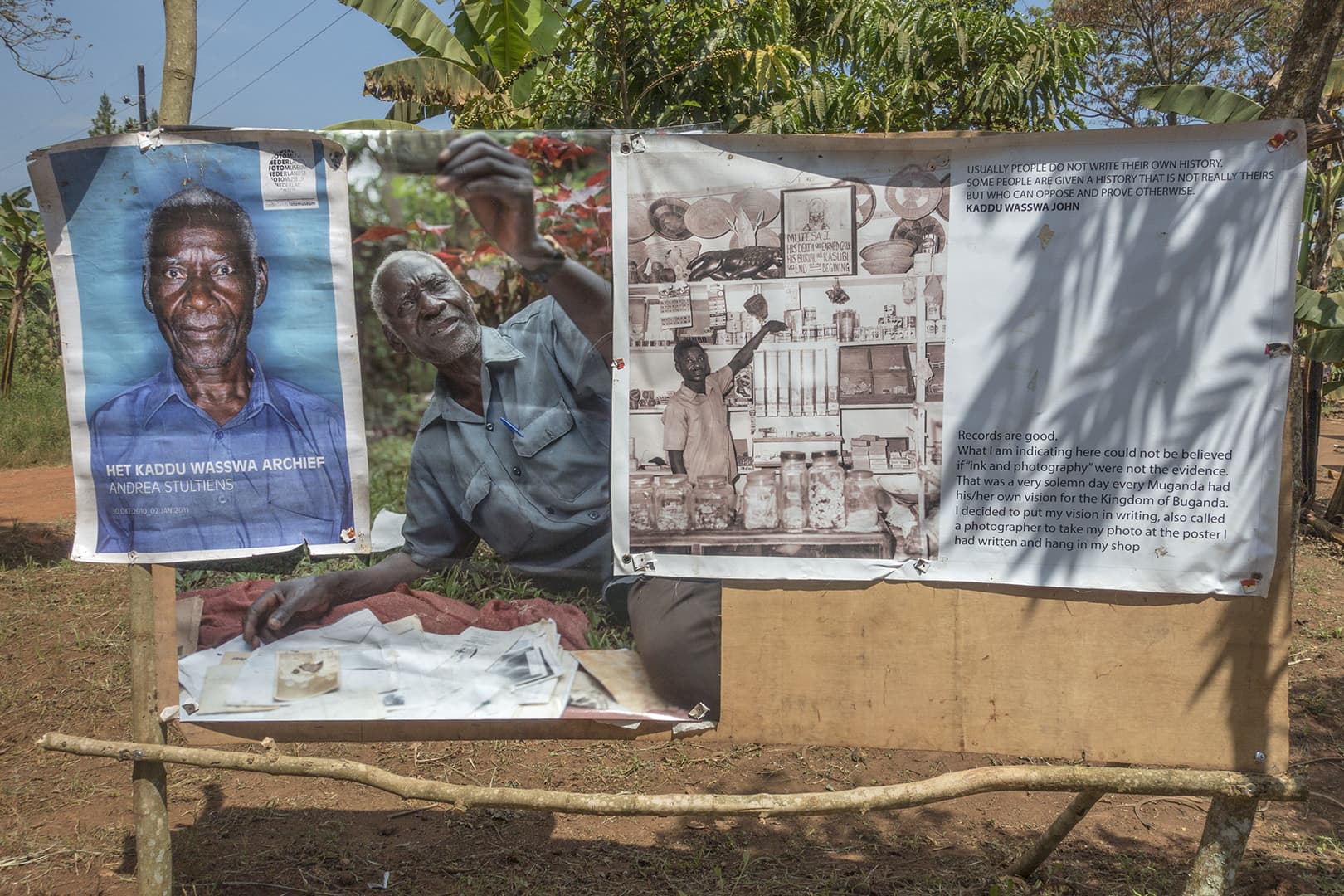 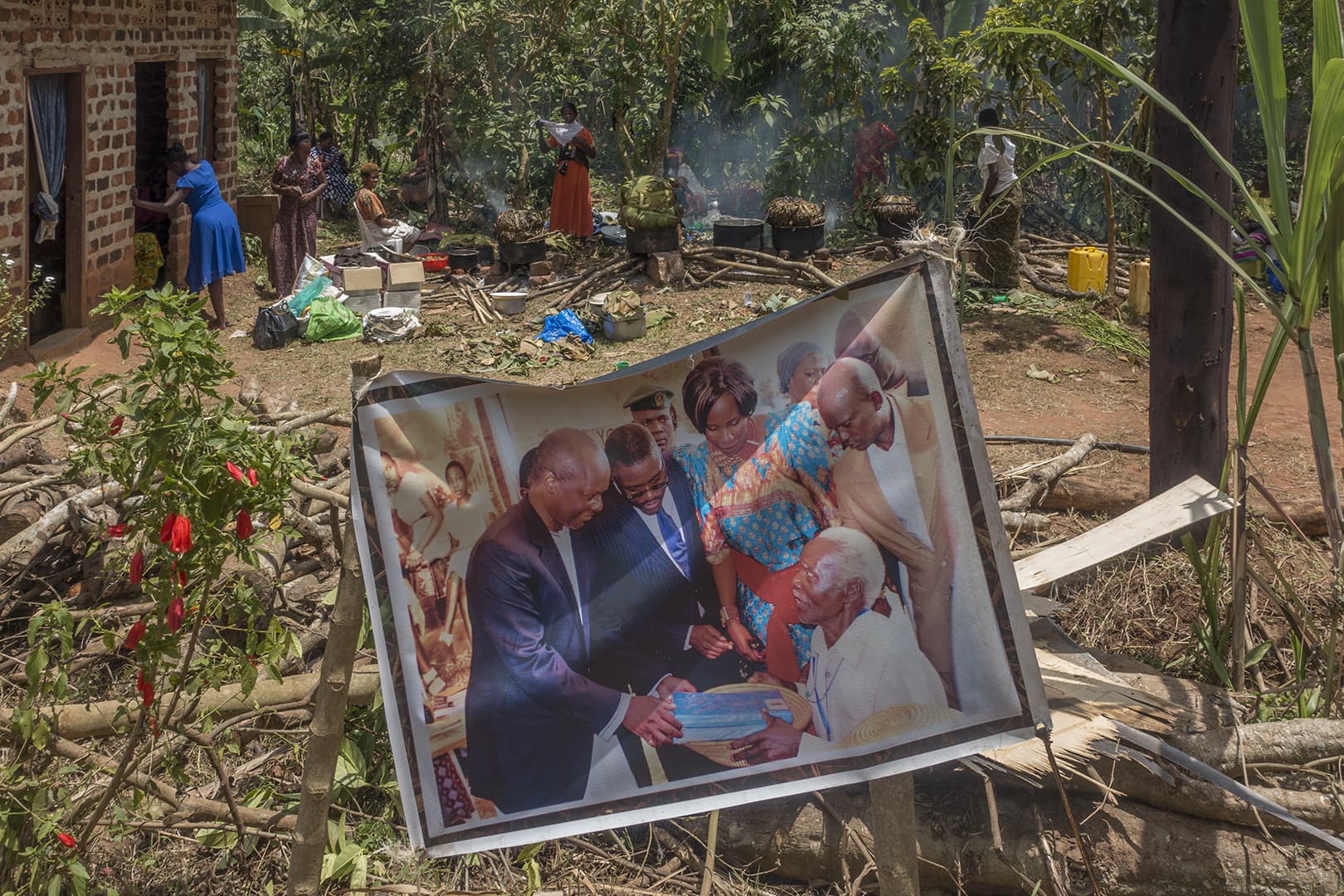 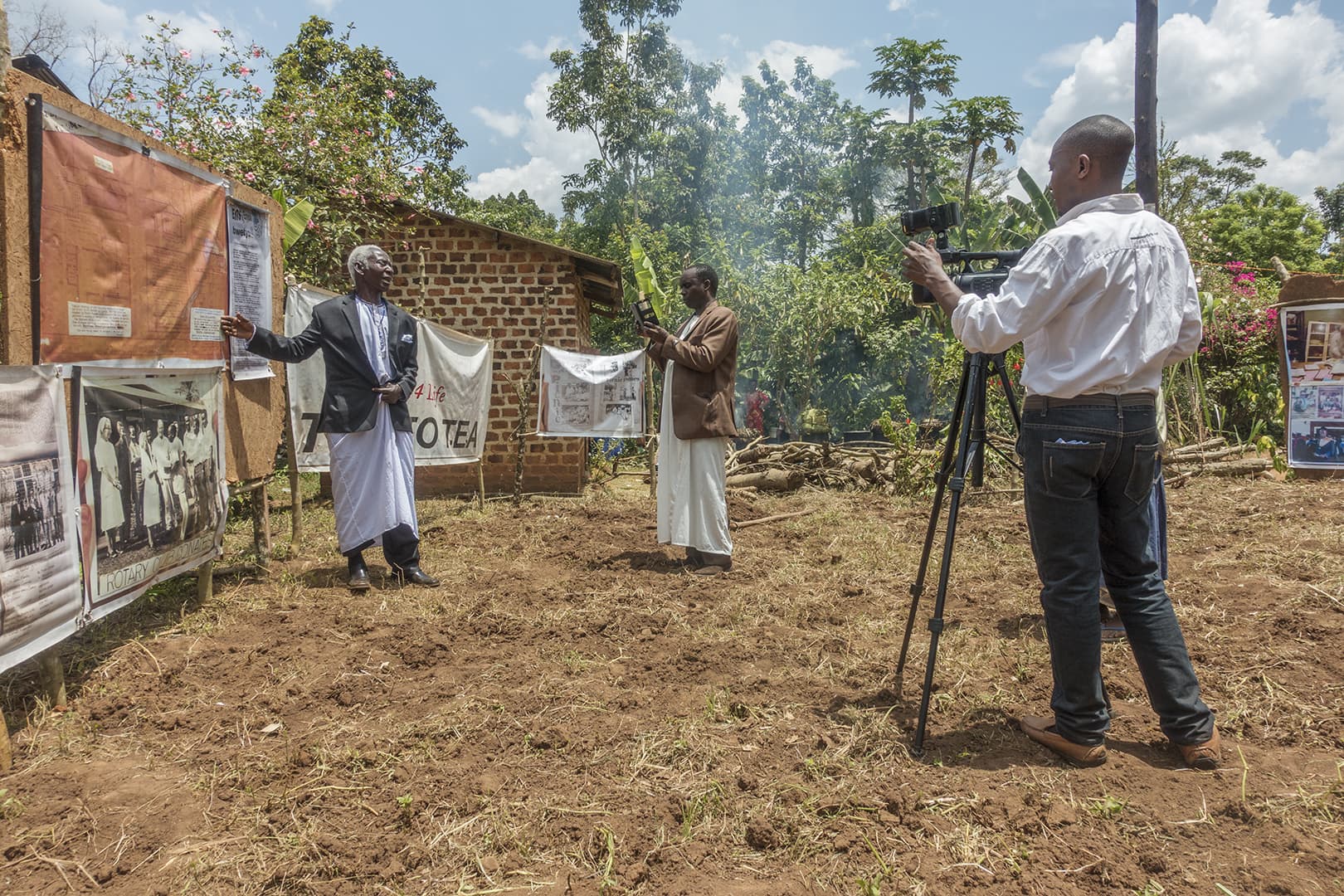 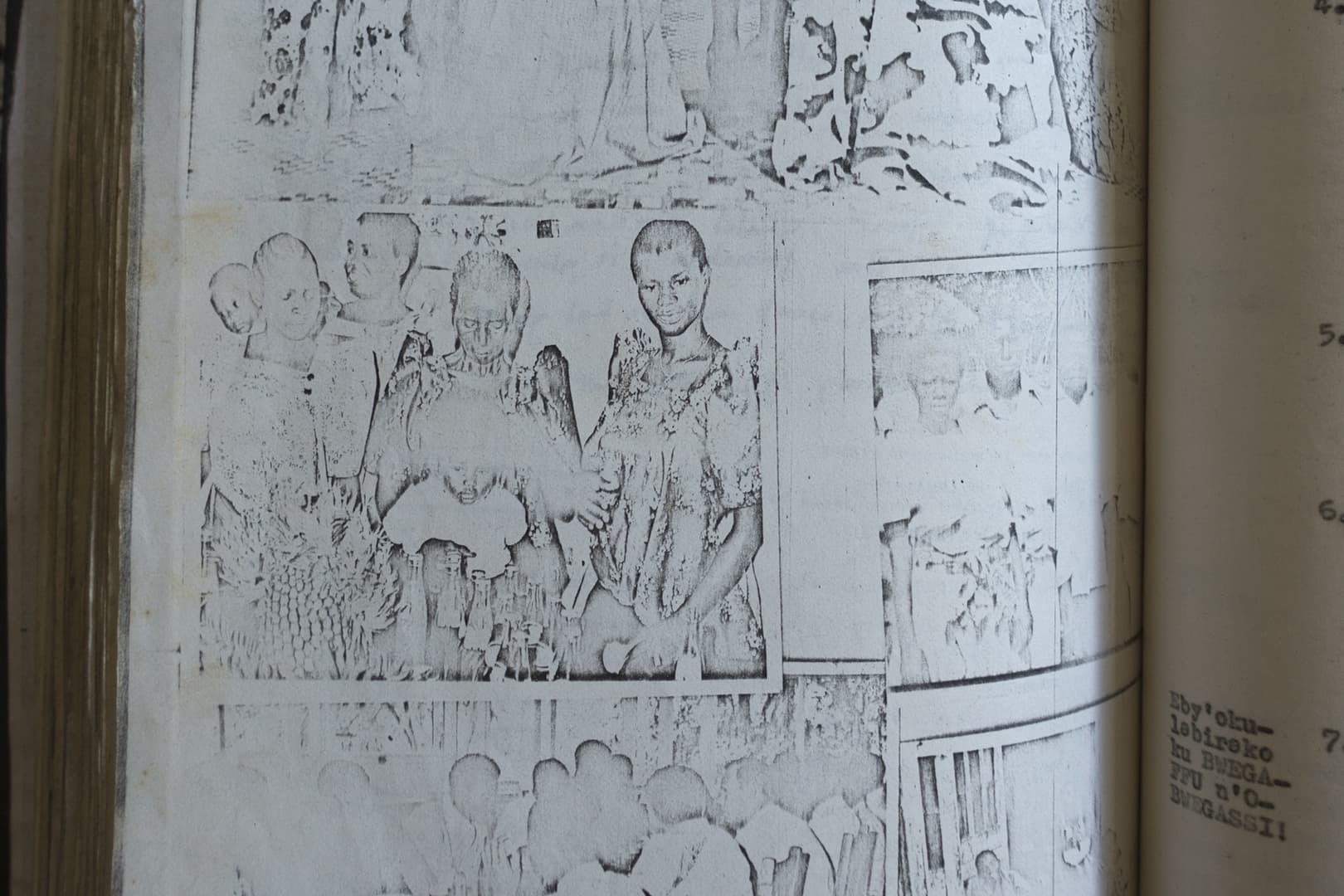 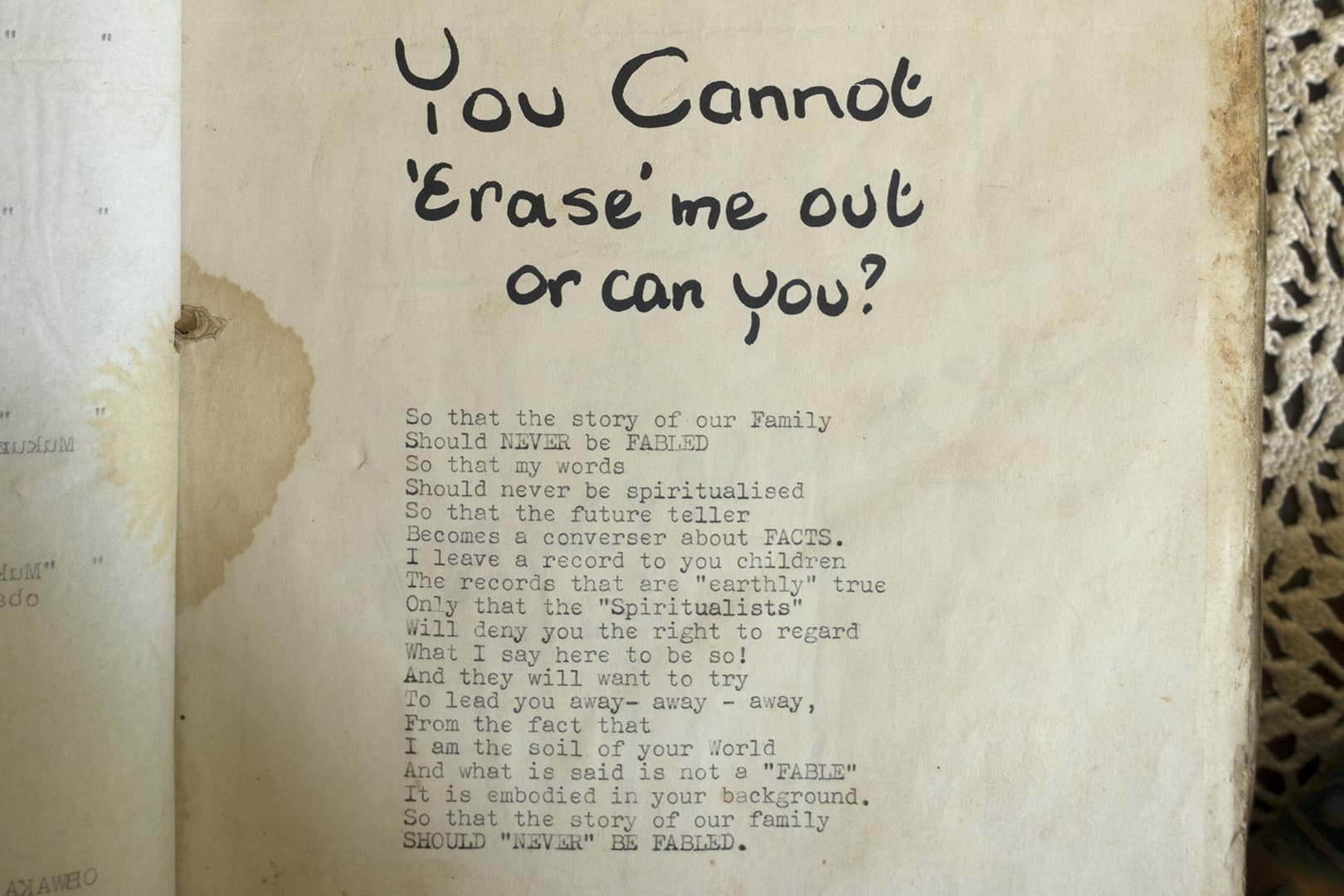 The Kaddu Wasswa Archive is an ongoing collaboration between Ugandan elder Kaddu Wasswa (Uganda, 1933) and Dutch artist and researcher Andrea Stultiens (Netherlands, 1974). Wasswa started to document his youth work activities in the 1950s and continues to generate records of his social work activities, now geared towards the wellbeing of elders in his community. Stultiens was initially trained as a photographer, but developed an artistic practice in which she makes inquiries geared towards a growing understanding of the production and use of photographs on the African continent.

In 2010 'The Kaddu Wasswa Archive' was published. The book is 'a visual biography', providing insights into Wasswa's life as well as documentation of the experiences the production process generated for its three authors, Stultiens, Wasswa and the latter's grandson Arthur C. Kisitu. While Wasswa was initially very pleased with the book he started to see its downsides overtime. It was too expensive to be within reach for a Ugandan audience and placed more emphasis on his failures than his achievements. Currently Stultiens and Wasswa are working on a new publication and experimental documentary film that will be both an addition and a correction to the earlier book. The working title, for both, is "The Ttabo, If you are not in here, nobody will know you are out there". Publication expected in 2010, a decade after "The Kaddu Wasswa Archive". For more information or to pre-order the book, please get in touch with Stultiens.