Eyes as Oars. A visual journey to Mars 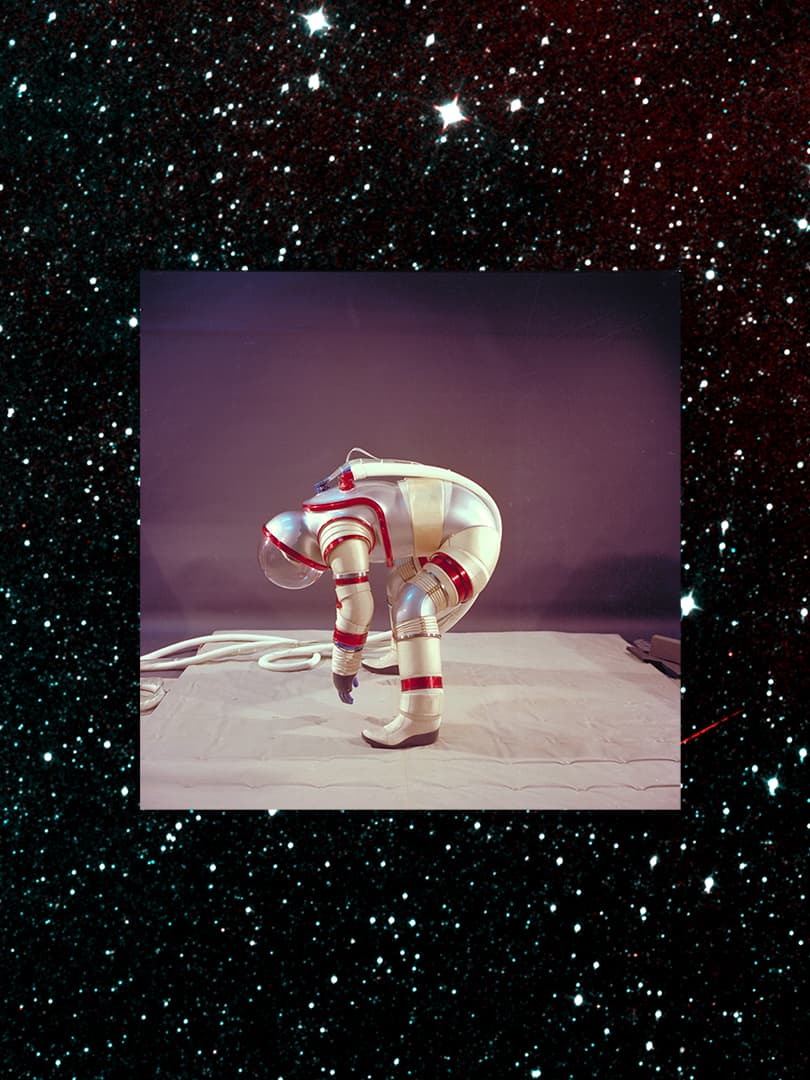 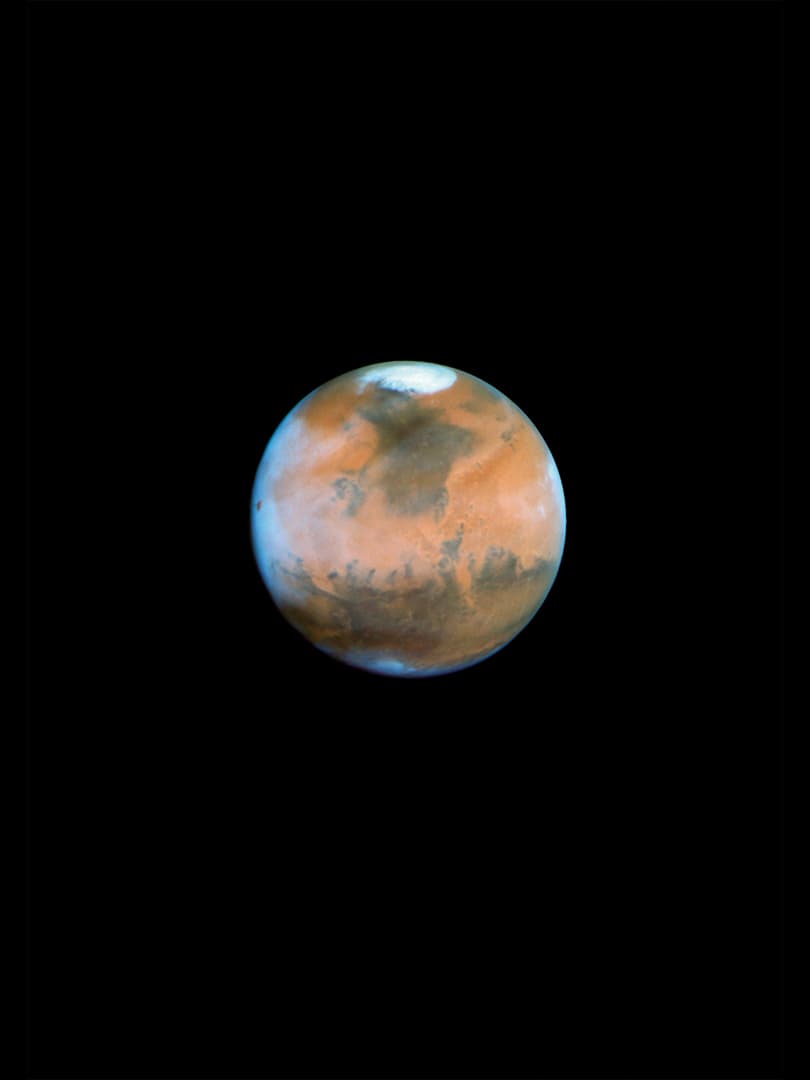 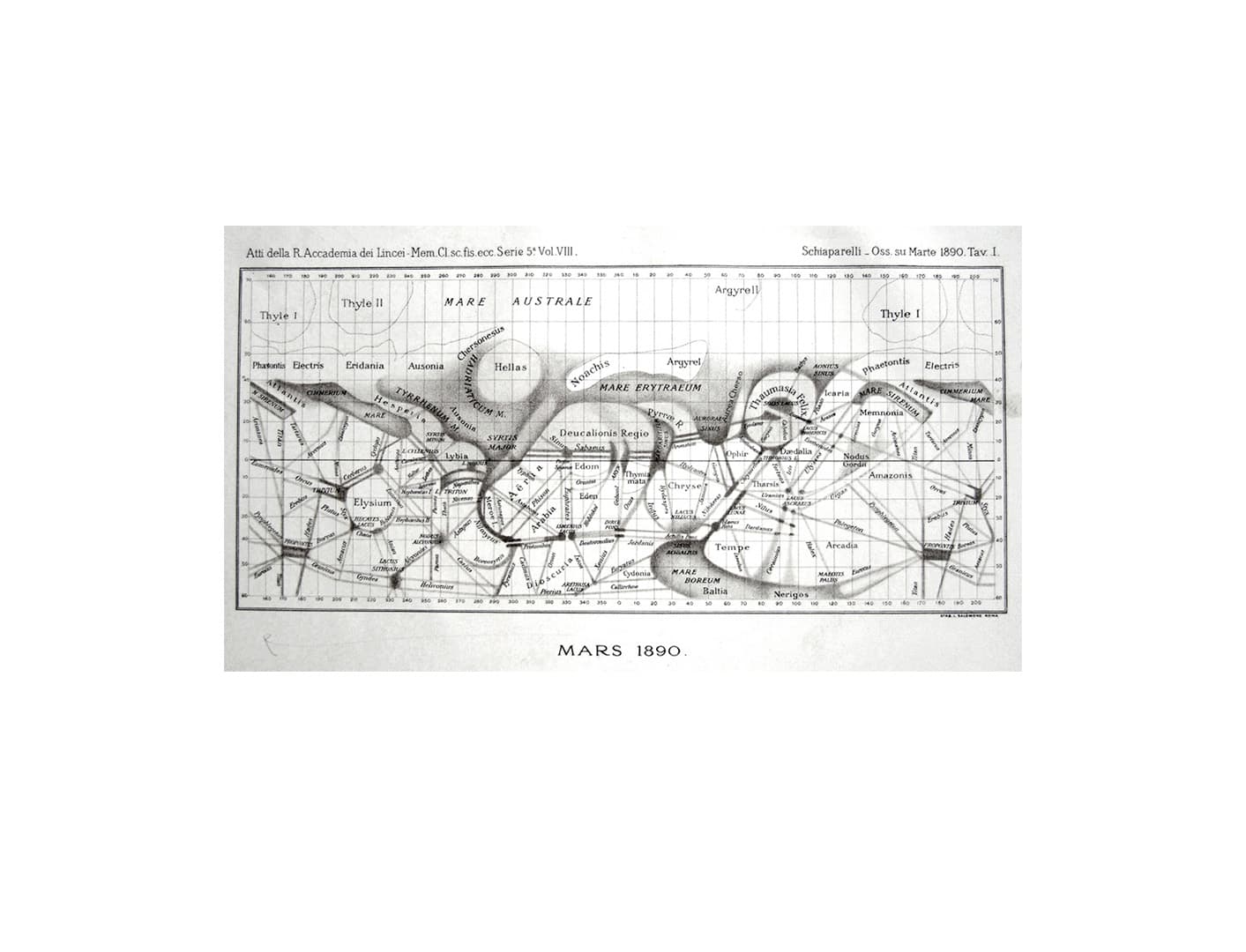 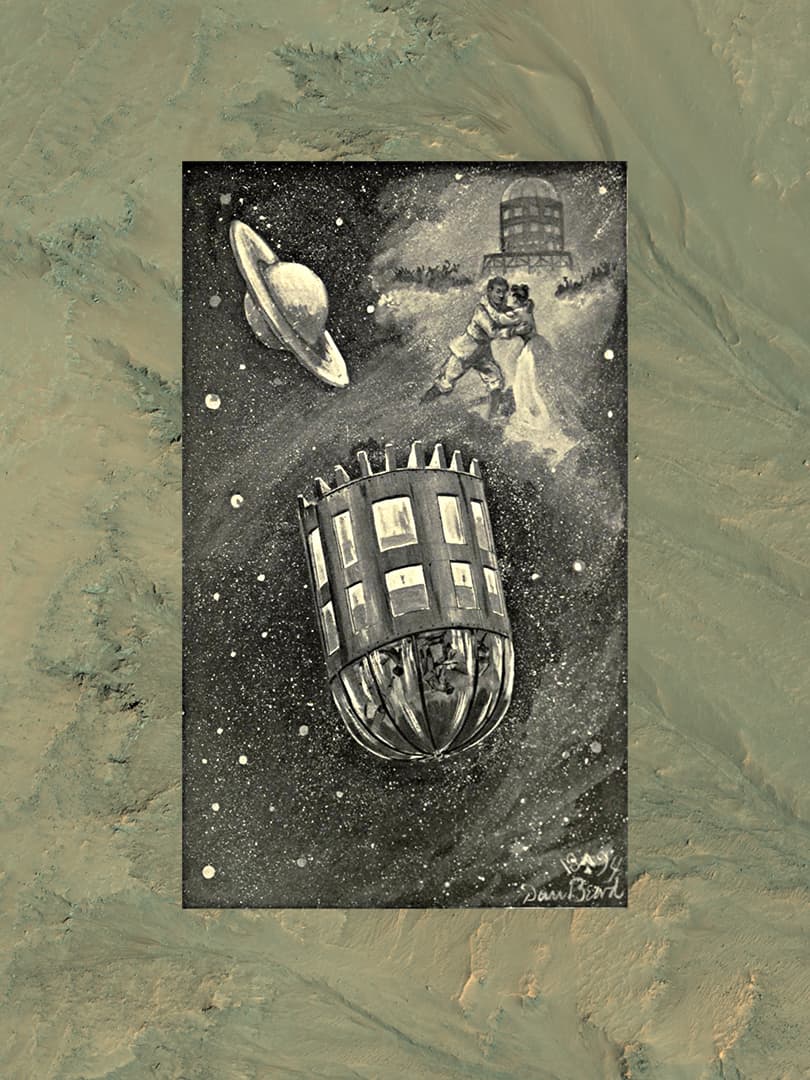 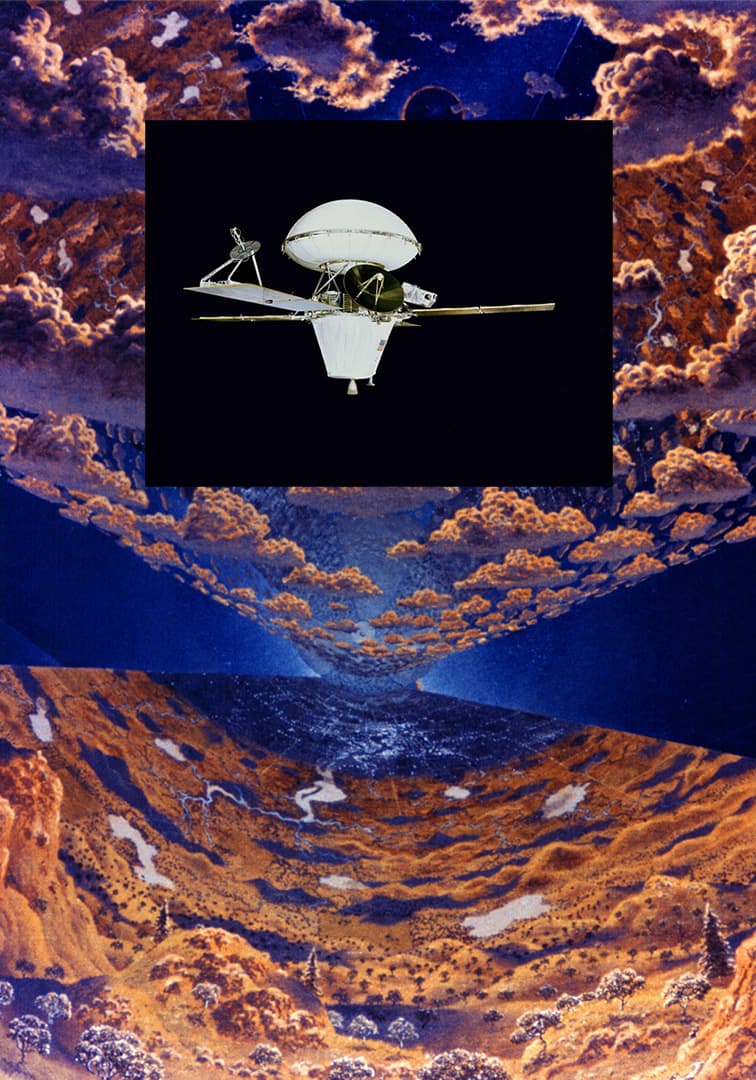 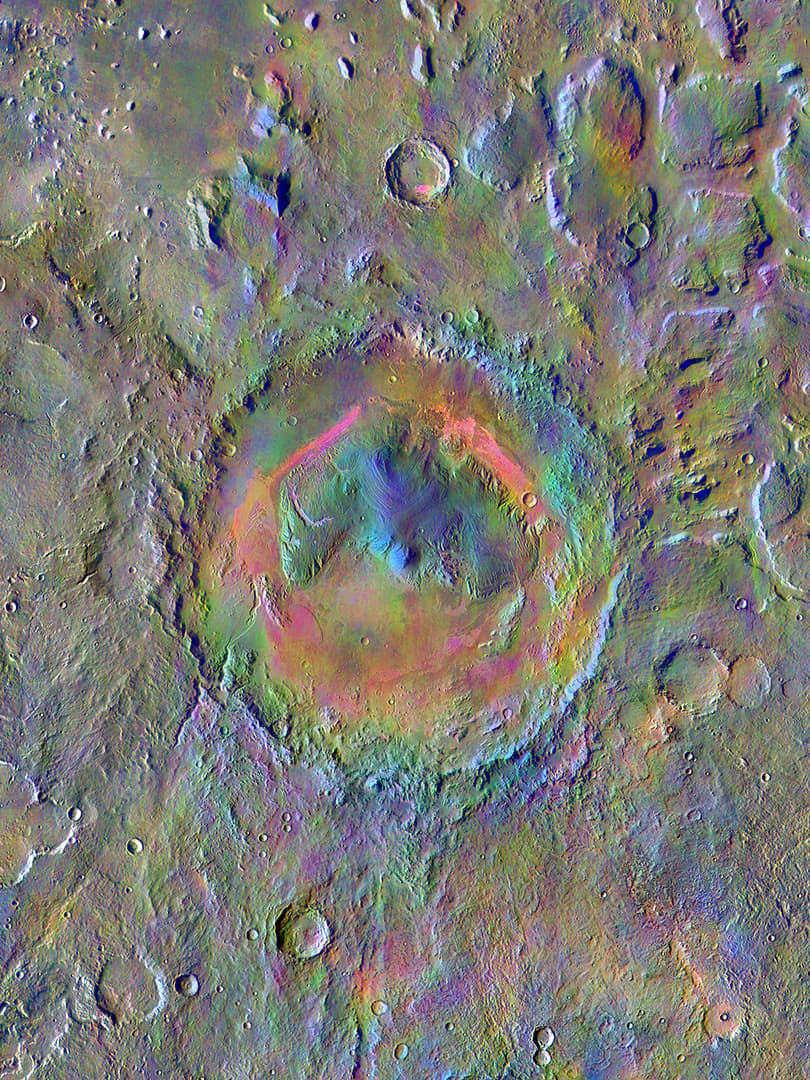 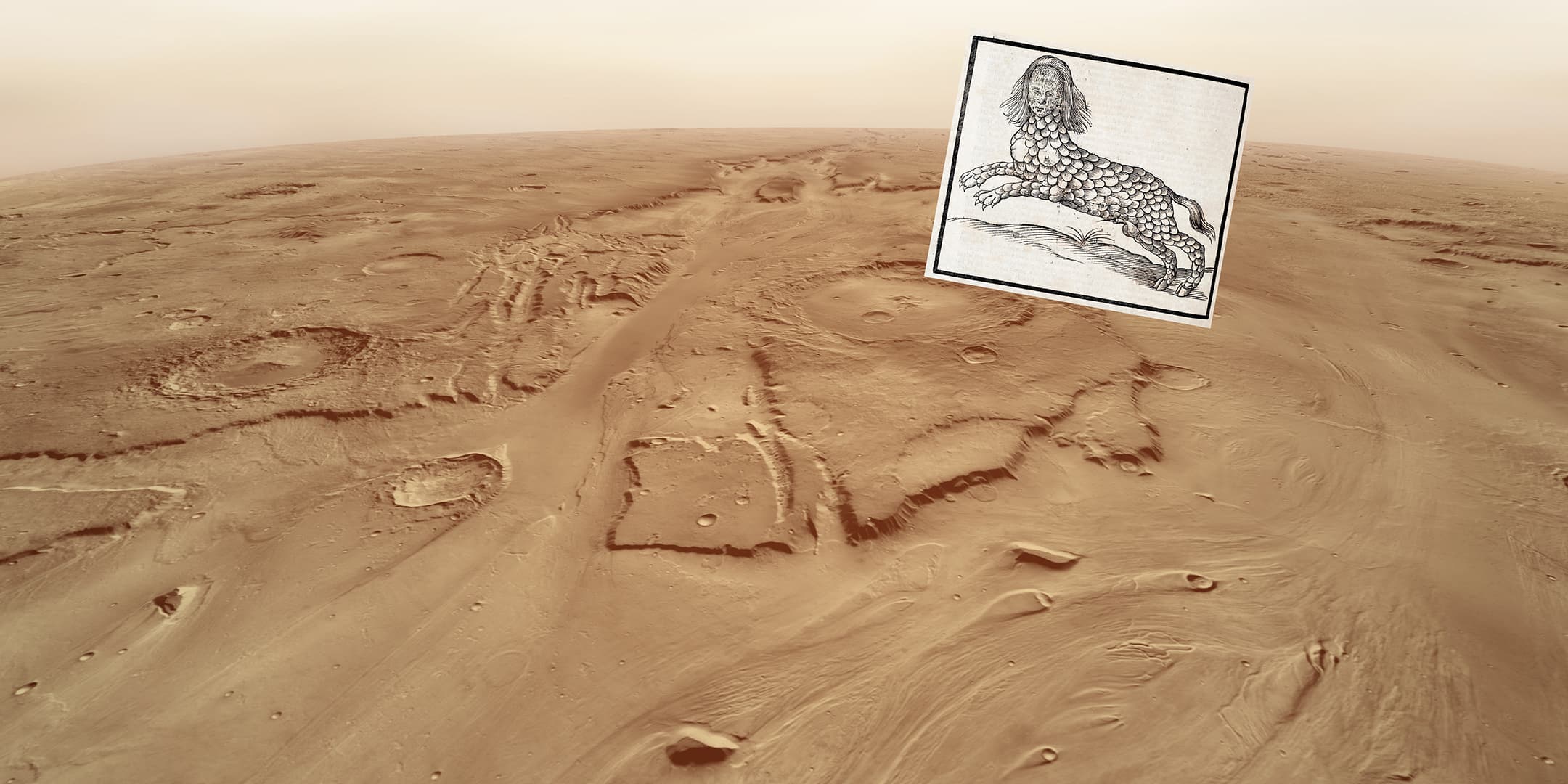 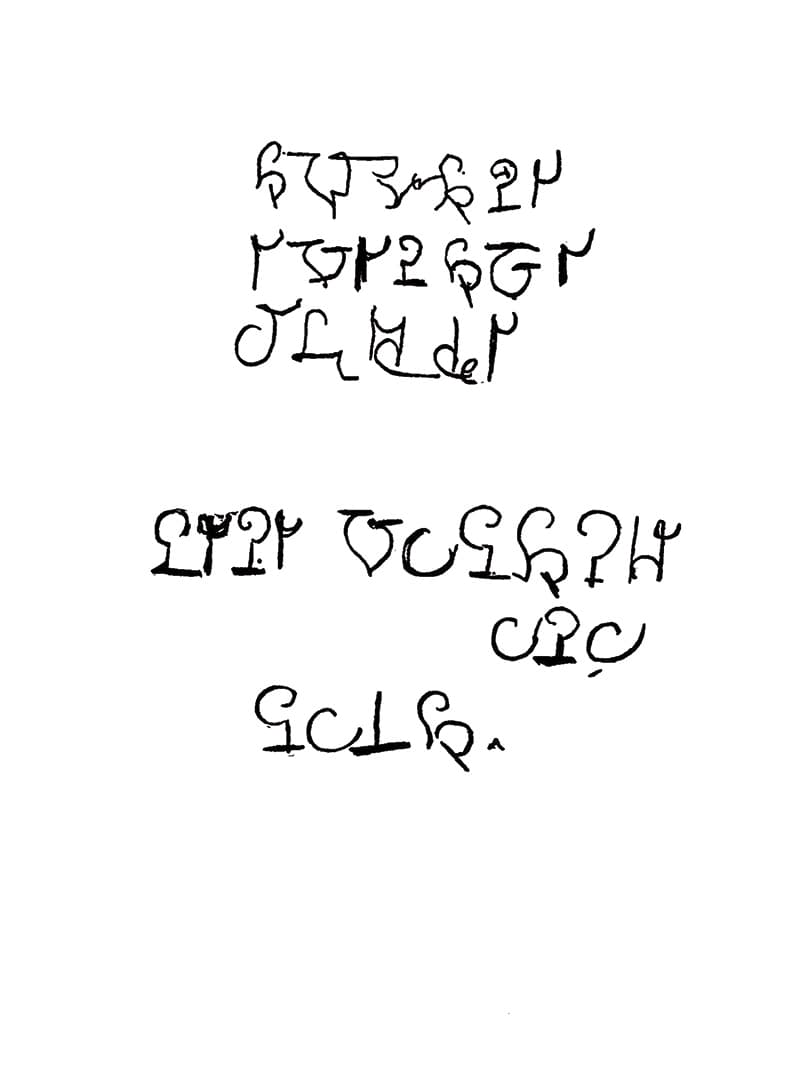 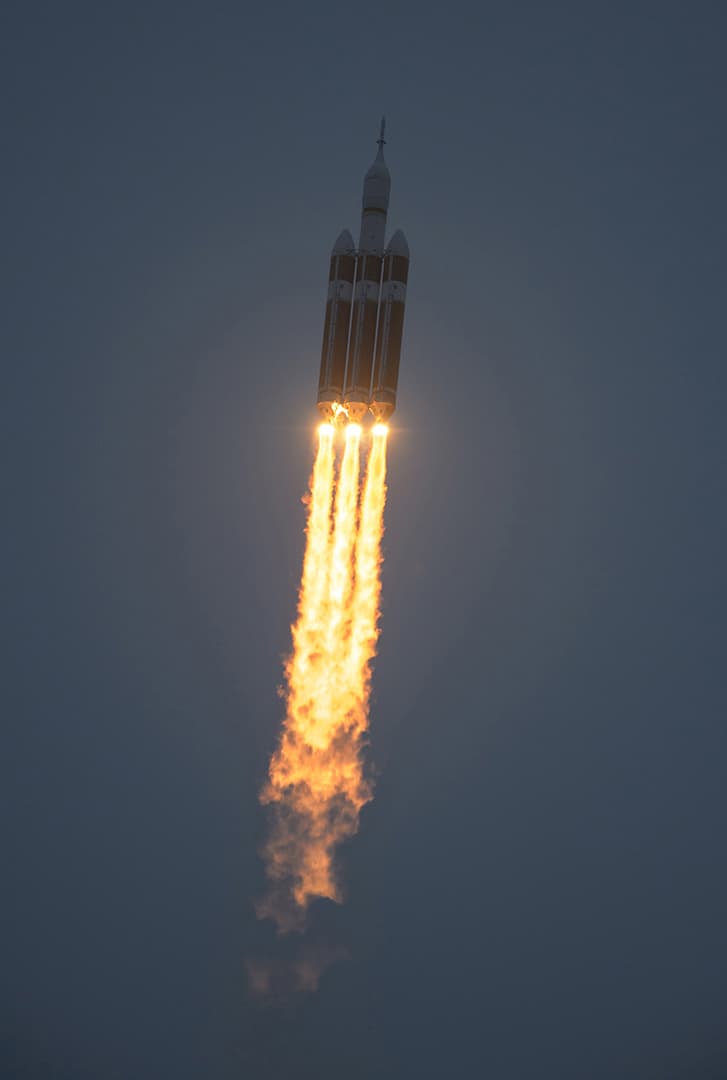 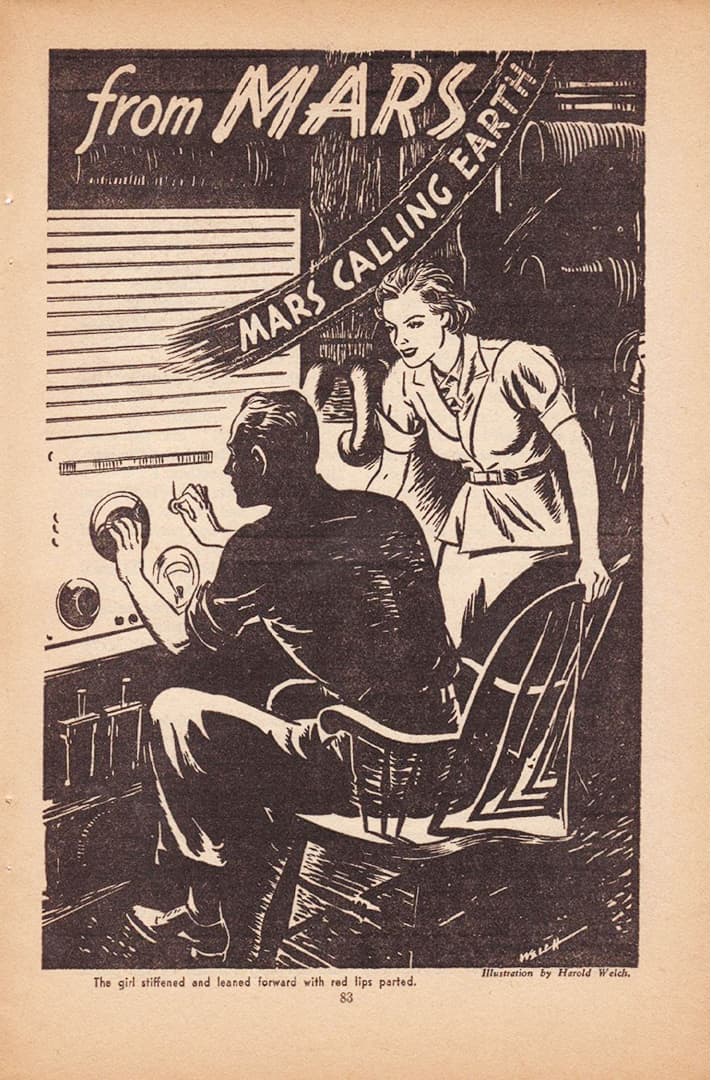 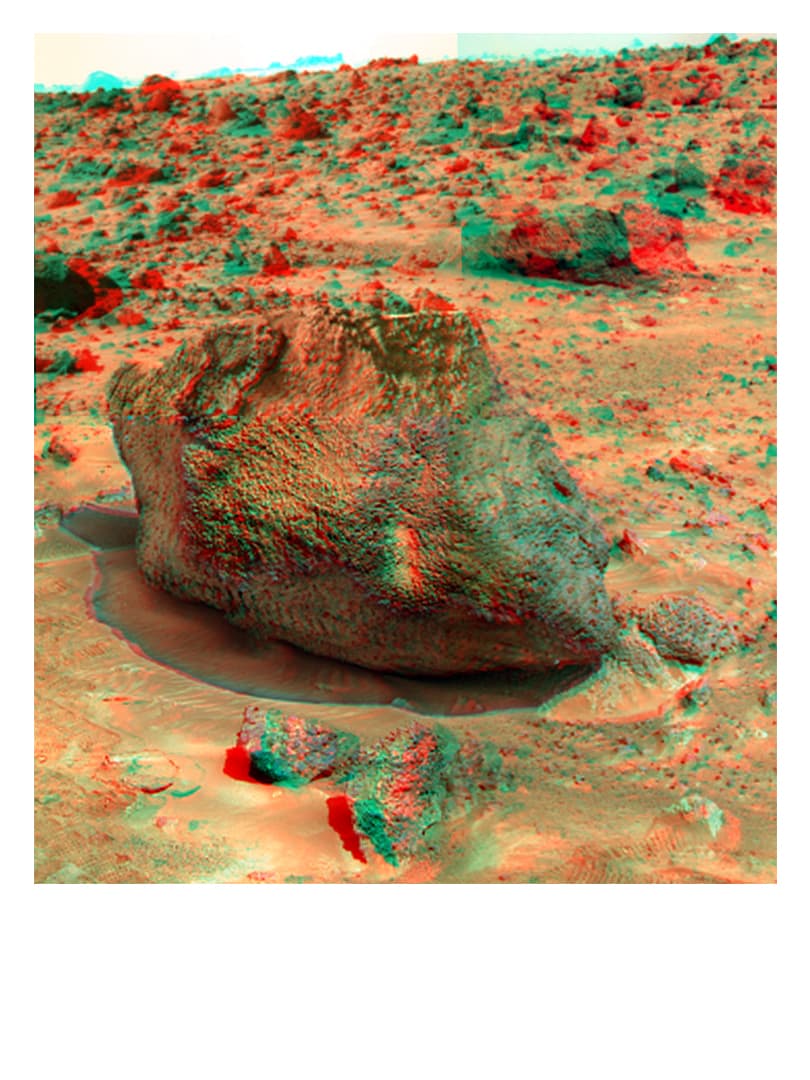 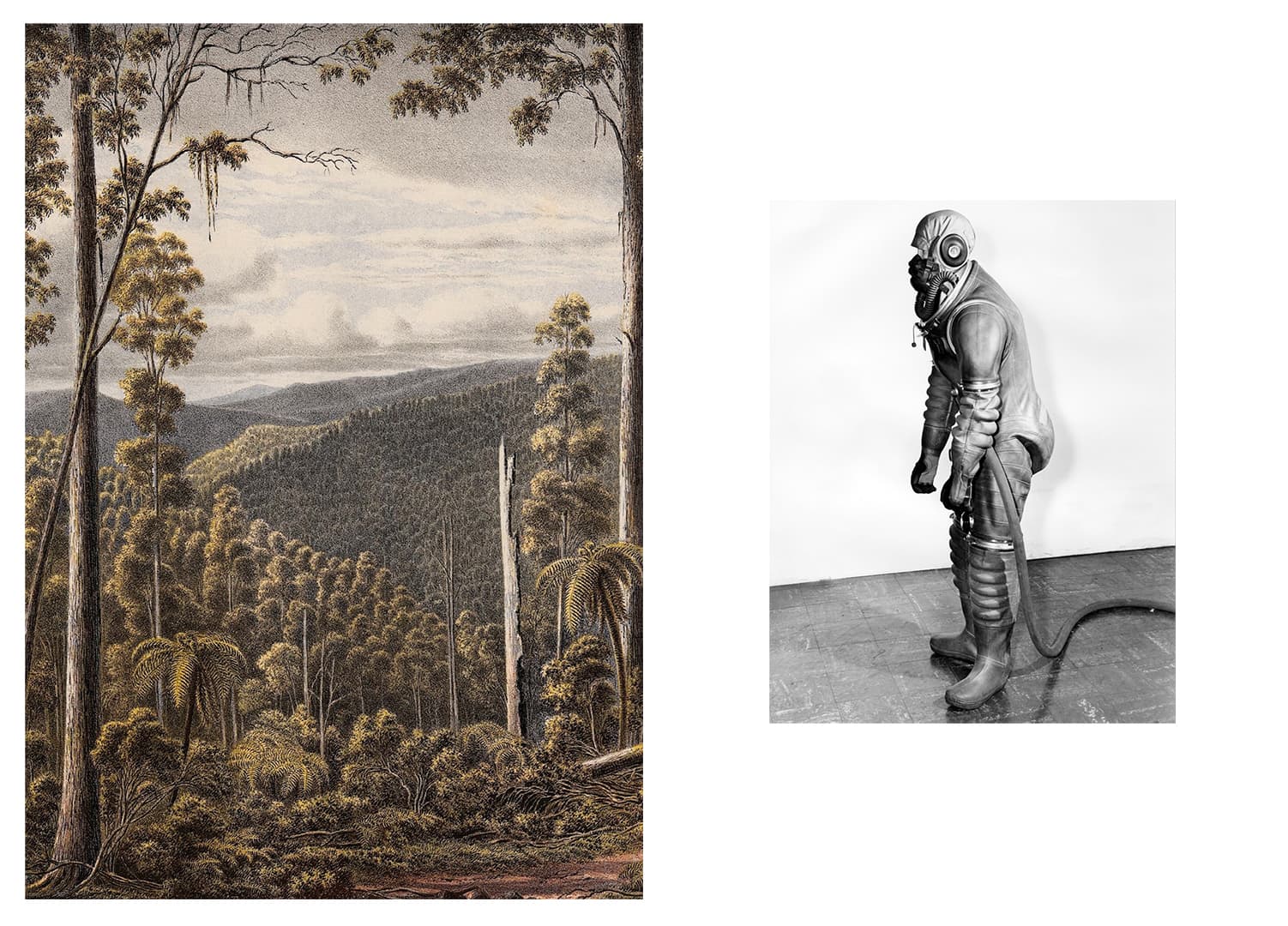 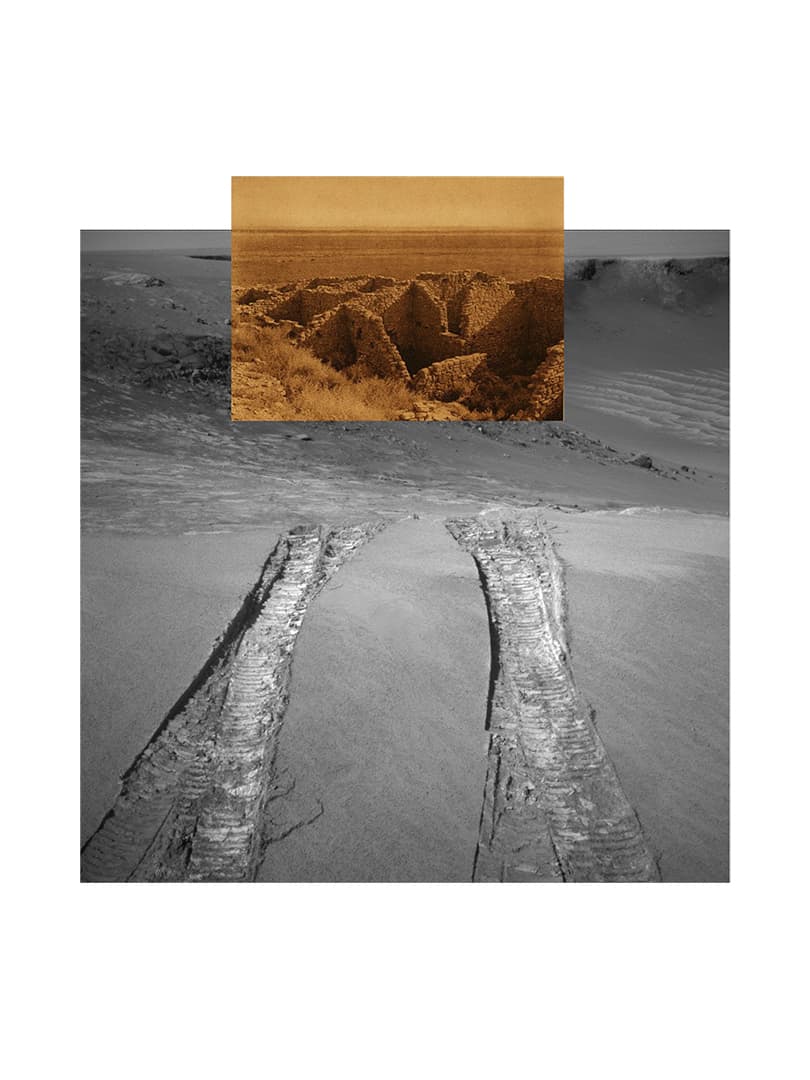 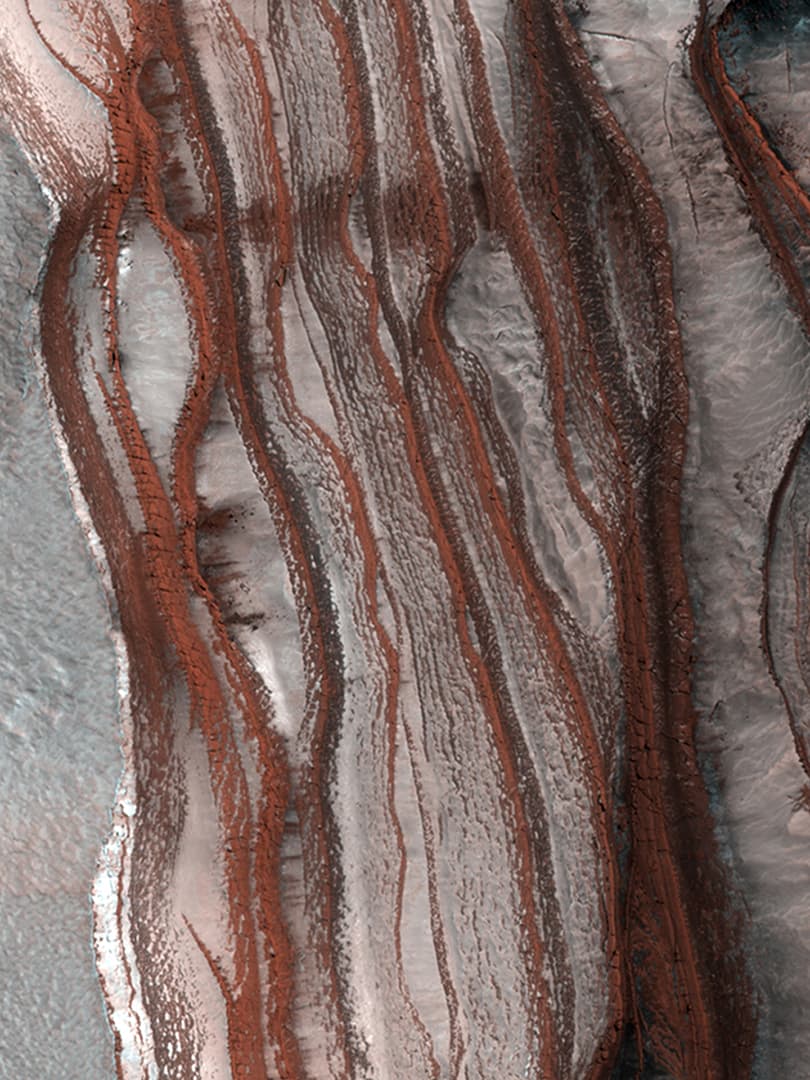 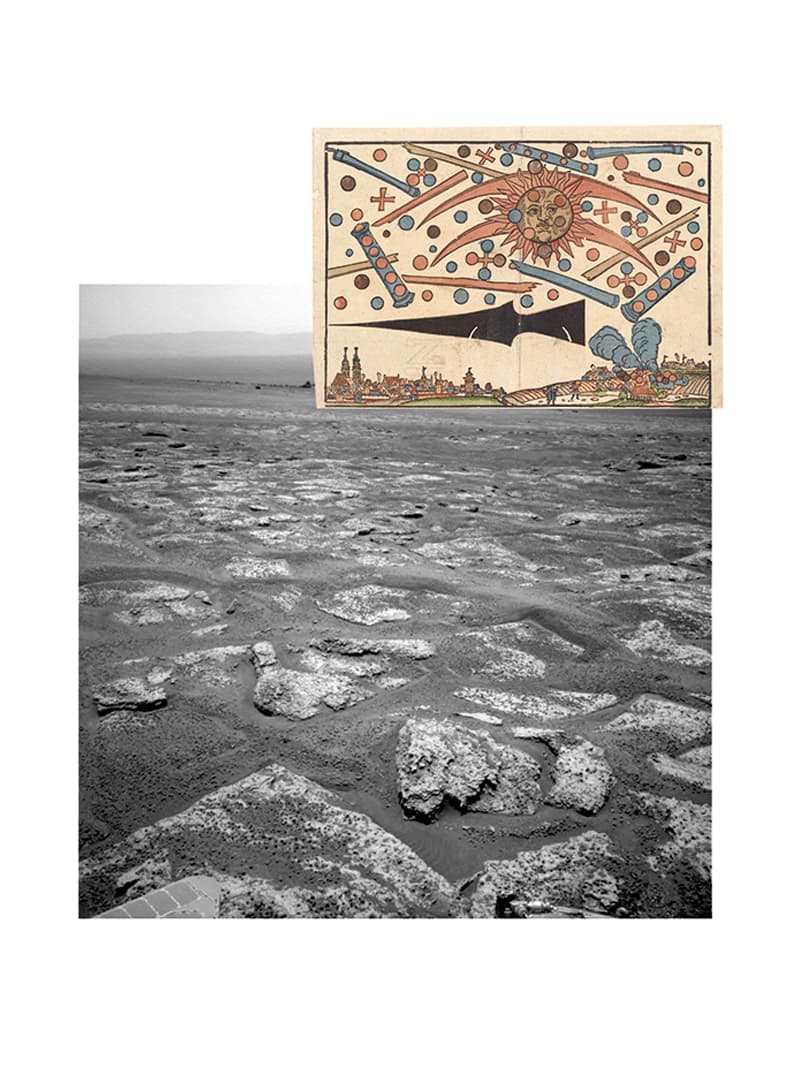 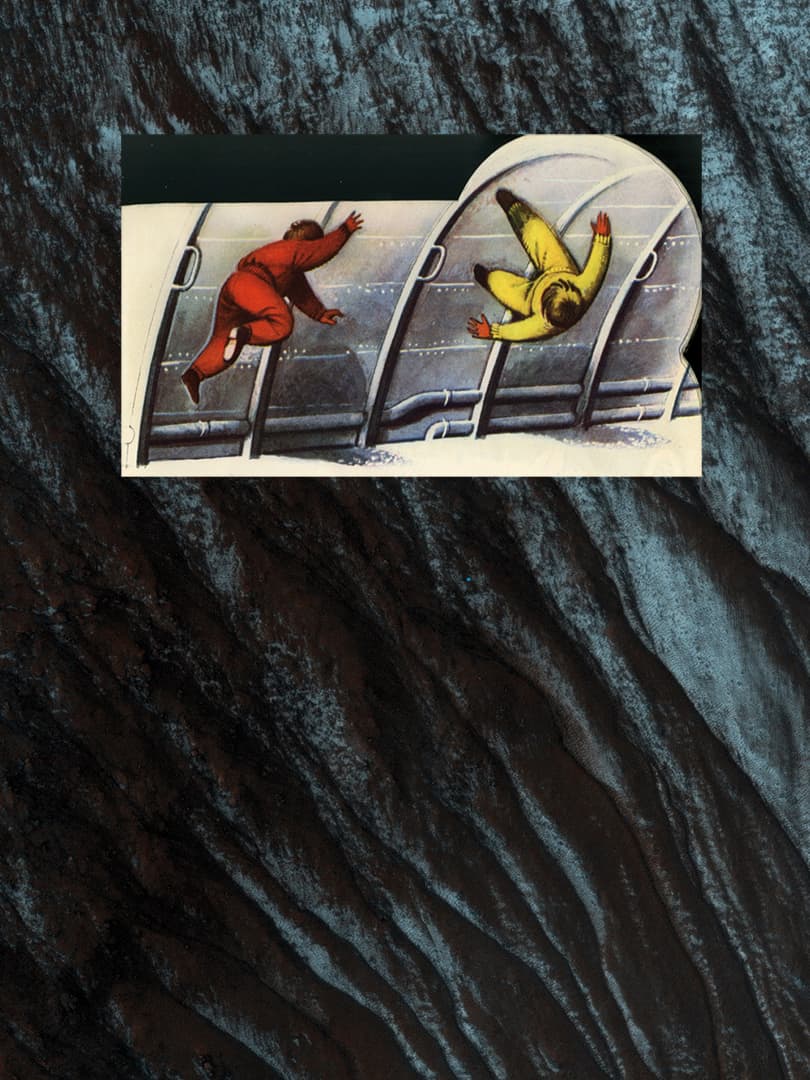 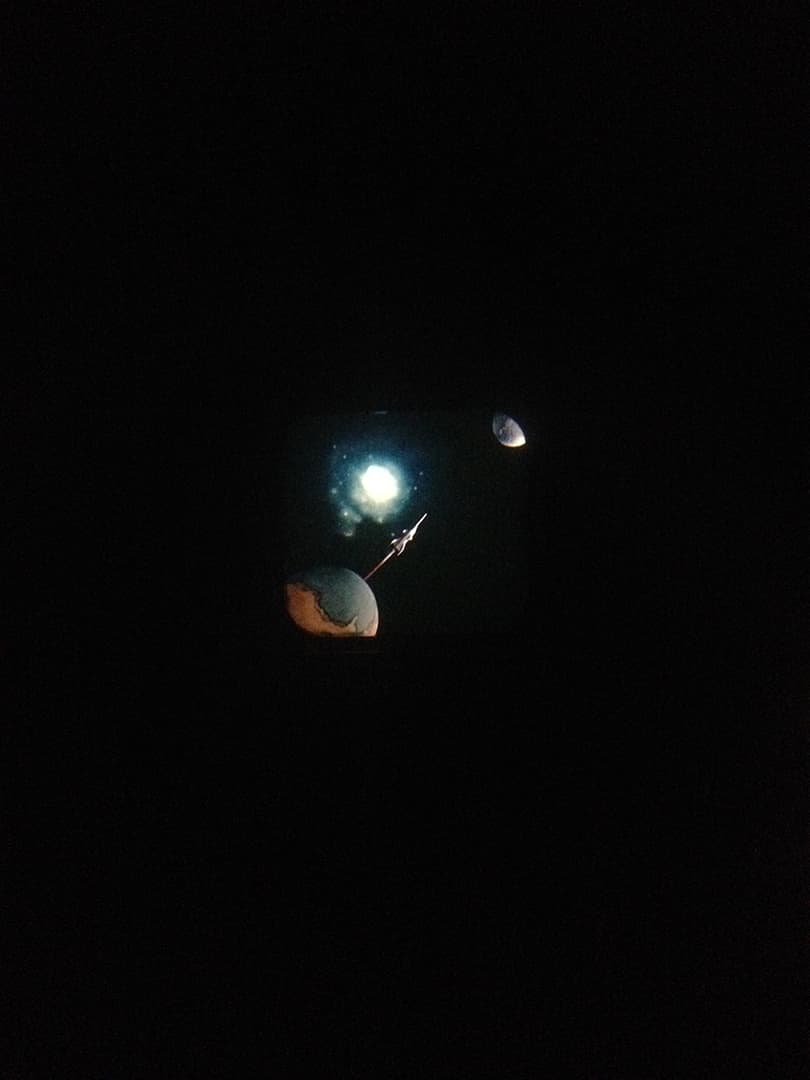 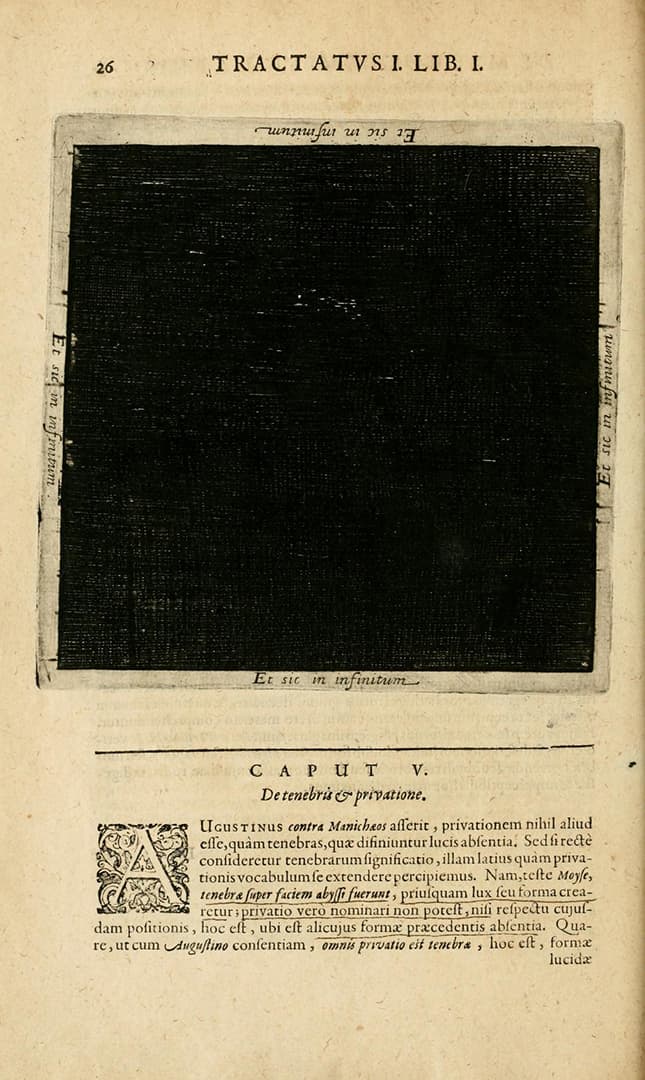 Of all the senses, sight is the most dominated by impatience

Carla Rak Eyes as Oars is an artist book about planet Mars made by using images of different eras and sources, found on the Web and in the Public Domain (verified and/or authorized). By integrating scientific and imaginary dimensions, the work aims to give back a portrait of Mars and to address the emotional relationship between mankind and the exploration of the unknown.
The book has been published on December 2018 by Danilo Montanari Editore in 500 copies.

Since ancient times and in many cultures, Mars has been the subject of myths, fears, observation and hopes.
Only since the 1960's has the NASA program to explore the planet begun to reveal, through increasingly high-resolution images, the reality of a place where man has never been, a place we still cannot touch but can now explore with our eyes.

This reminded me of the vertigo experienced in the 17th century by those who watched the first magic lanterns and spectacular optical devices hosted in fairs and city squares, which allowed people to see distant places where they had never been and probably would never have the chance to visit. That era ushered in a feature which would be fully deployed in the postmodern age: that of an experience increasingly vicarious and immaterial. Although by now we are now fully accustomed to this, we relive the emotion of that ancient experience through the NASA images: sight as a tool of exploration.

The latest rover currently on Mars, Curiosity, is therefore not just a rover, but can be a metaphor of the human eye, that wants to see, understand and know; it is the curiosity of man that, since the origins of history and still today, wants to explore and colonize with his eyes.

17th century man, after recently discovering his non-centrality in the universe, had new tools to feel powerful and travel with his eyes. He had the microscope to penetrate matter and optical astronomy to see outside it, thus multiplying the limited faculties of his optical organ. But Mars is far away, between 55 and 144 million kilometers from Earth, depending on their respective positions.

Although Galileo was the first to point the telescope on the red planet in 1609, we had to wait until 1877 in order to create the first detailed map of Mars. Giovanni Virginio Schiaparelli, its author, devoted himself intensely to studying the planet, publishing three volumes of illustrated observations. He gave names to Martian lands (names which remain in the current nomenclature), documenting the existence of channels on the surface of the planet, hundreds of channels, carefully drawn and annotated in each observation.

Only in 1965 NASA Mariner 4 made definitely clear that the channels Schiaparelli had noted for years were the combined result of an optical illusion and a weakening of the astronomer's sight, supporting the doubts and objections of Vincenzo Cerulli and other fine observers of the red planet. Toward the end of the XIX century, the Italian term used by Schiaparelli, "canali", was incorrectly translated as canals (man made) instead the correct word, channels, which gave rise to a widespread belief that the planet had canals built by aliens, the Martians. A strong advocate of this thesis, the American astronomer Percival Lowell, opened an observatory to study these canals, publishing his observations in three illustrated volumes between 1895 and 1908. This gave credence to the belief in the existence of alien beings which grew exponentially in the collective imagination, magnified by literature and cinema.

For centuries observers have wondered if Mars was inhabited or covered with vegetation. The response came only in the 1960's, when the NASA probe gradually revealed that it was like a frozen desert, with huge extinct volcanoes and deep canyons, polar ice caps expanding and contracting with the changing seasons on Mars. Evidence of ancient rivers and vast oceans testify to a warmer and more humid past. How wet was the planet, and for how long, and when? What eventually happened to all the water in a liquid state? First the probes, then the landers and the rovers have been there for us, as extensions of our arms, legs, brains and eyes. During thousands years of observation and study of Mars – the most Earth-like for axis of rotation and duration of daylight, the most visible to the naked eye besides Venus and Jupiter – curiosity about this planet has remained intact, enhanced from day to day by new NASA images, with higher resolution, many more details and a more precise mapping of those places with ancient names: Noctis Labyrinthus, Chryse Planitia, Candor Chasma.

But despite the continuous improvement of knowledge, outer space is still today, as in ancient times, a province of the mind's eye where dead seas, buried civilizations and unknown inhabitants are waiting to be discovered; in brief, a place where we still project mystery and charm, the fear of the different and the hopes for a better future.
For this reason, the scientific photographs and documents seen here illustrating the history of the observation of the planet and the imaginary that followed, have been enriched with personal suggestions. Different kinds of images have been included in order to relive the emotional relationship that man has had through history with the discovery and exploration of the unknown and its attempts to imagine and depict this. Even before exploring outer space we spent many centuries exploring our own planet, with the same fear of facing the unknown, the dangers and the different, driven equally by the desire to see and the fear of seeing, in the hopes of controlling and thus exempting the unknown from the domain of doubt, which is always accompanied by suspicion and anxiety.

Today we see thousands of images coming from Mars. For the uninitiated they are difficult to fully understand in their scientific significance and for this reason they allow for other aesthetic and original interpretations. They invite us to dream in our own way about this planet, seek tracks, formulate hypothesis, look for similarities with Earth's landscapes, integrate them with associations of ideas and imagine life. Imagination is a necessary requirement for art just as it is for science.

Juxtaposing pictures of different eras and sources, found on the web and in the public domain, EAO retraces the milestones of the observation and exploration of planet Mars through the centuries and combines them in another, imaginary dimension. The images are lands opened to imagination, immaterial places where the viewer can surf freely. He who travels through them is seen as an explorer open to marvel, one who uses his eyes as oars to move among archipelagos of real and symbolic images, mixing individual fragments and mentally rearranging them into a larger entity.

This is a tribute to Mars, to the history of its exploration and of its imagery, a proof of the tight and permanent cultural bond we have built with the red planet – in mythology, literature and the arts. It is an homage to explorers – in flesh and blood or merely visual – and to those who over the centuries have dreamed of discovering a world identical to ours.

This is a book about Mars, but also about the Web as a place to explore, as a land for personal paths. It can be a place in which to retrieve images and breathe new life into them through associations and new sets of meanings.