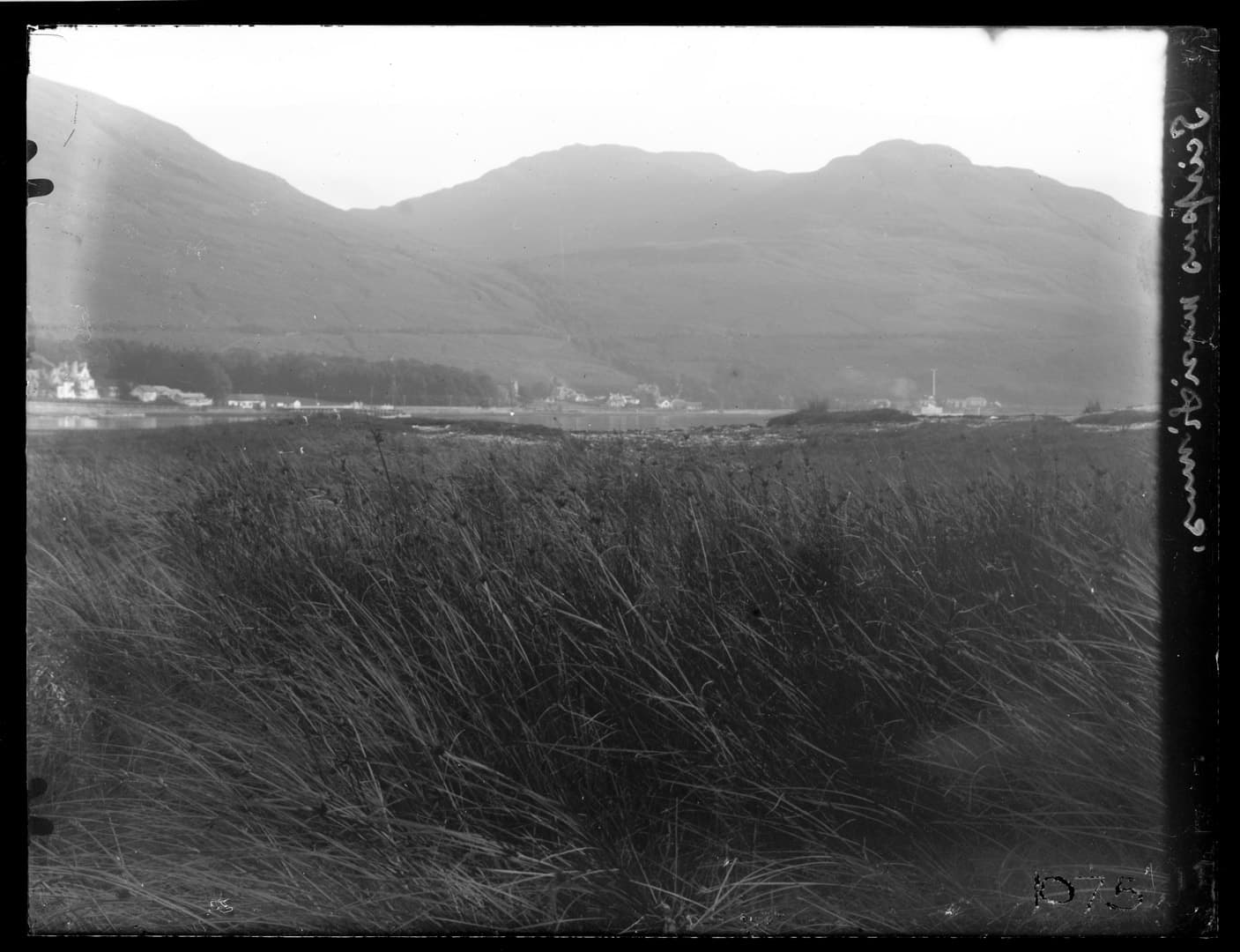 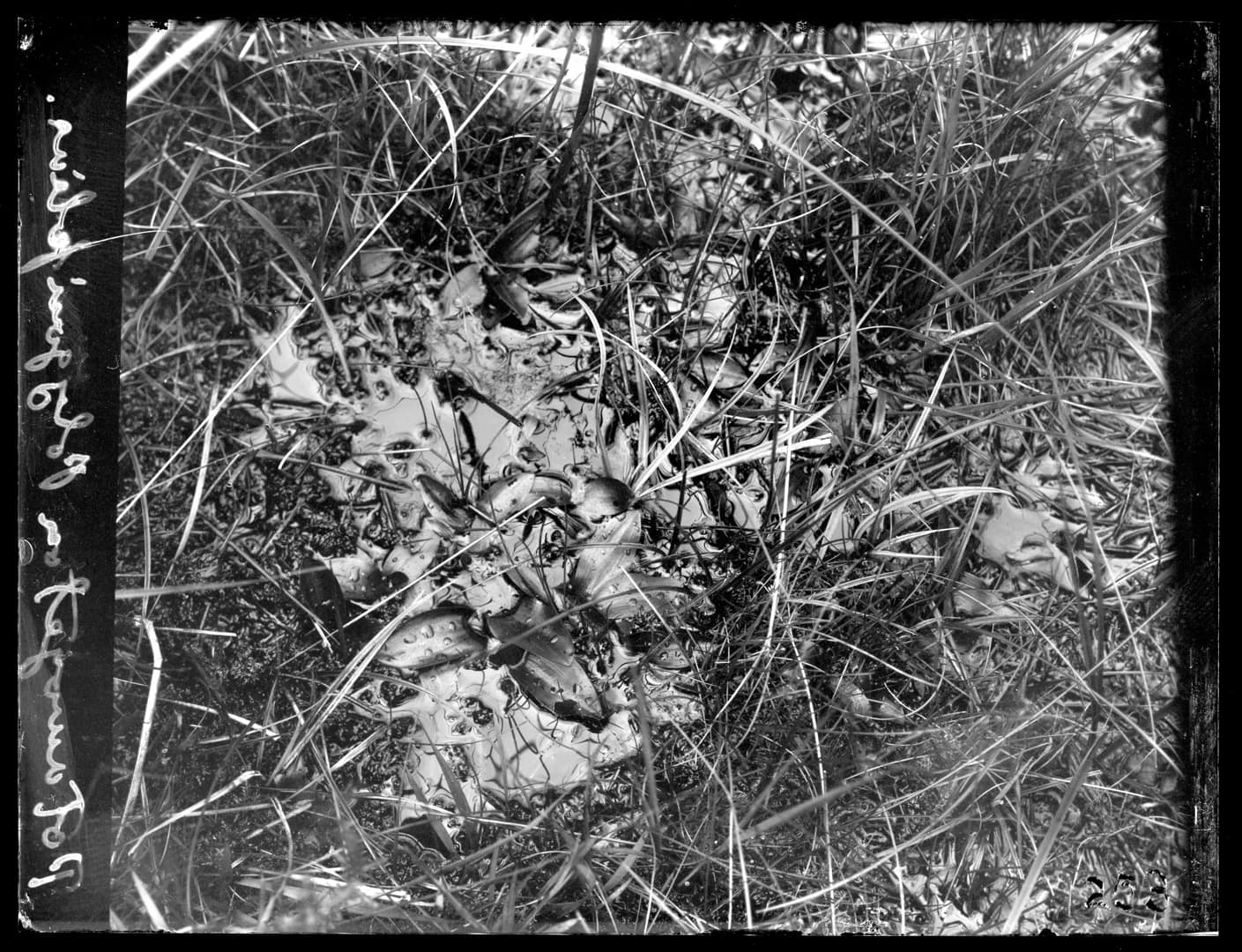 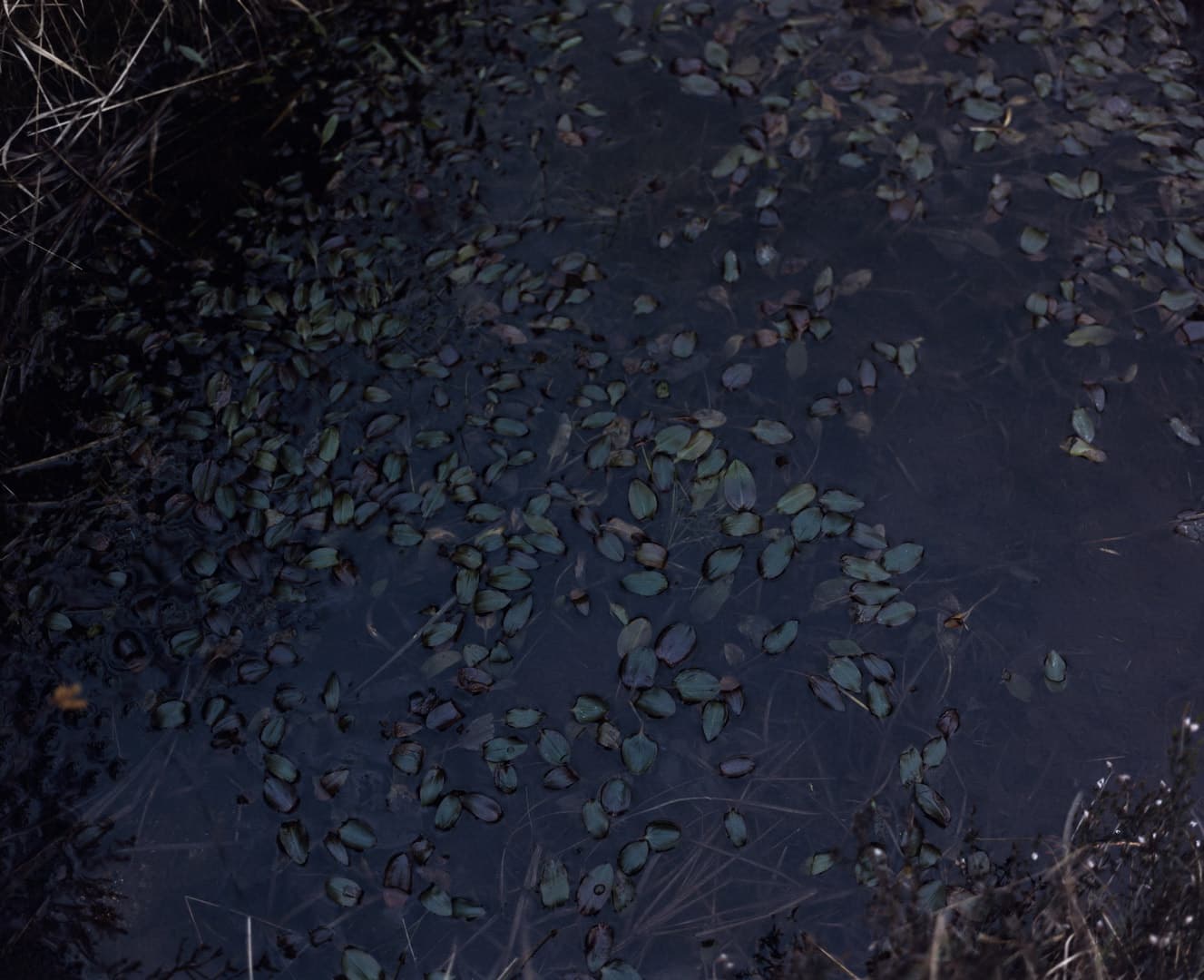 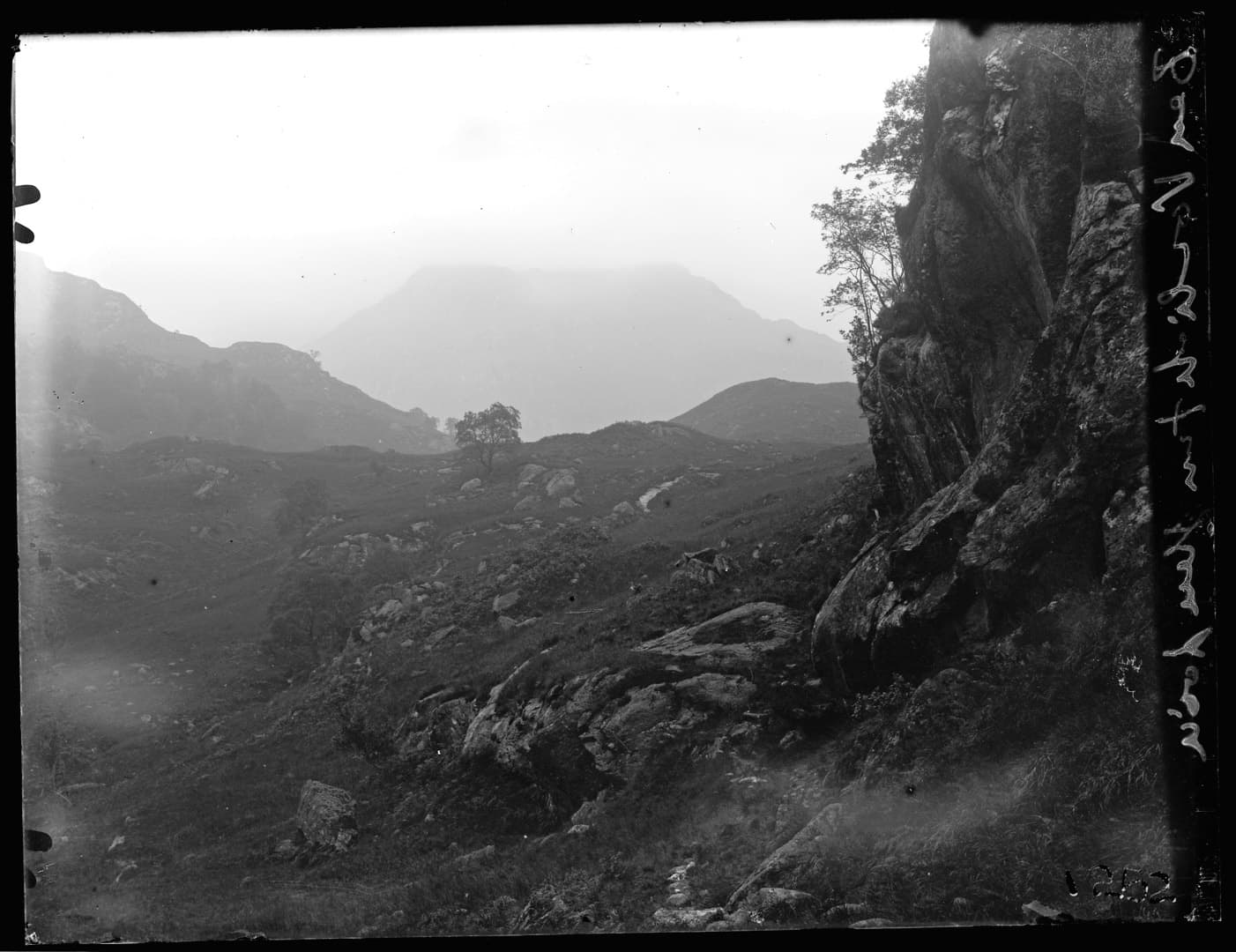 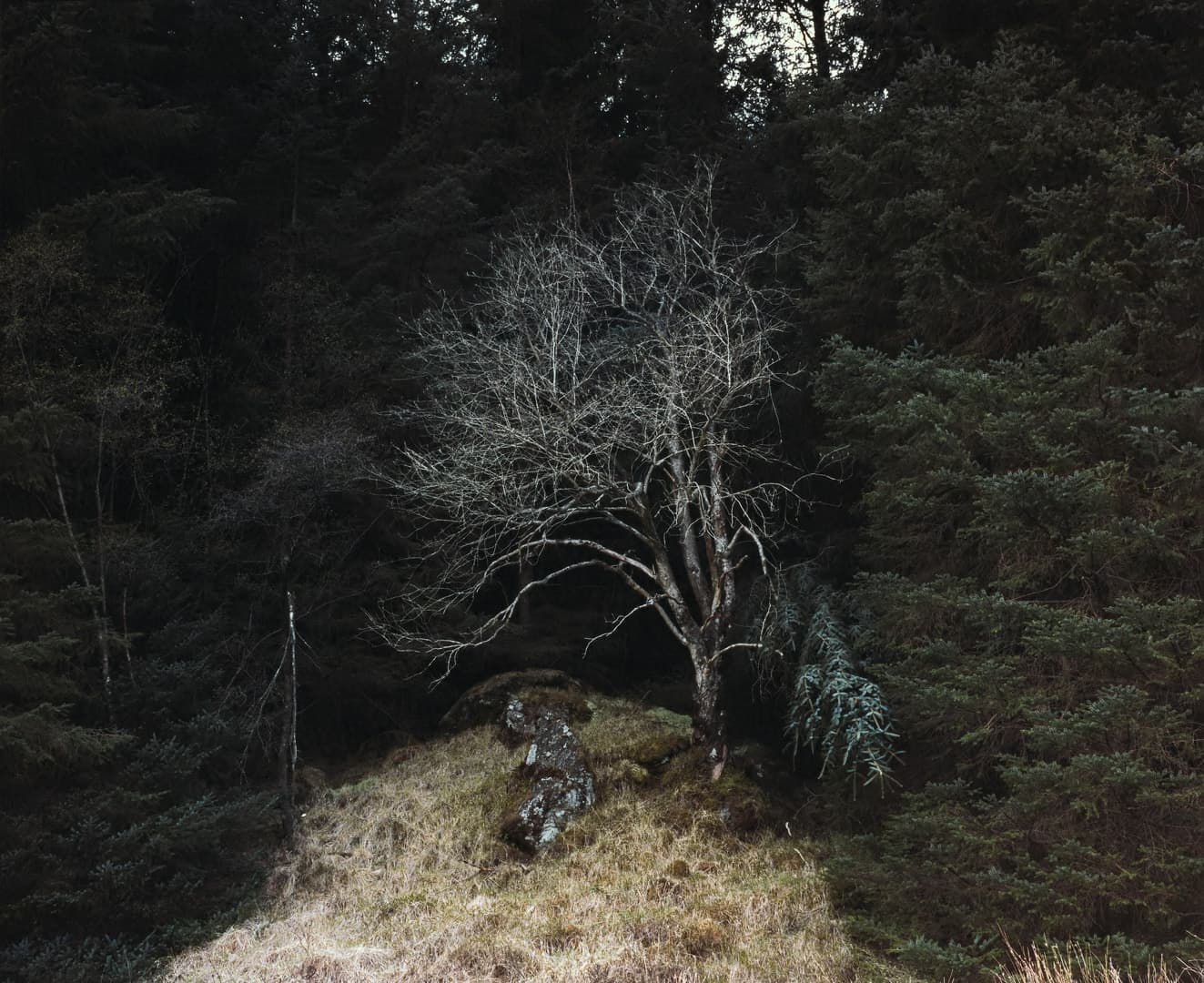 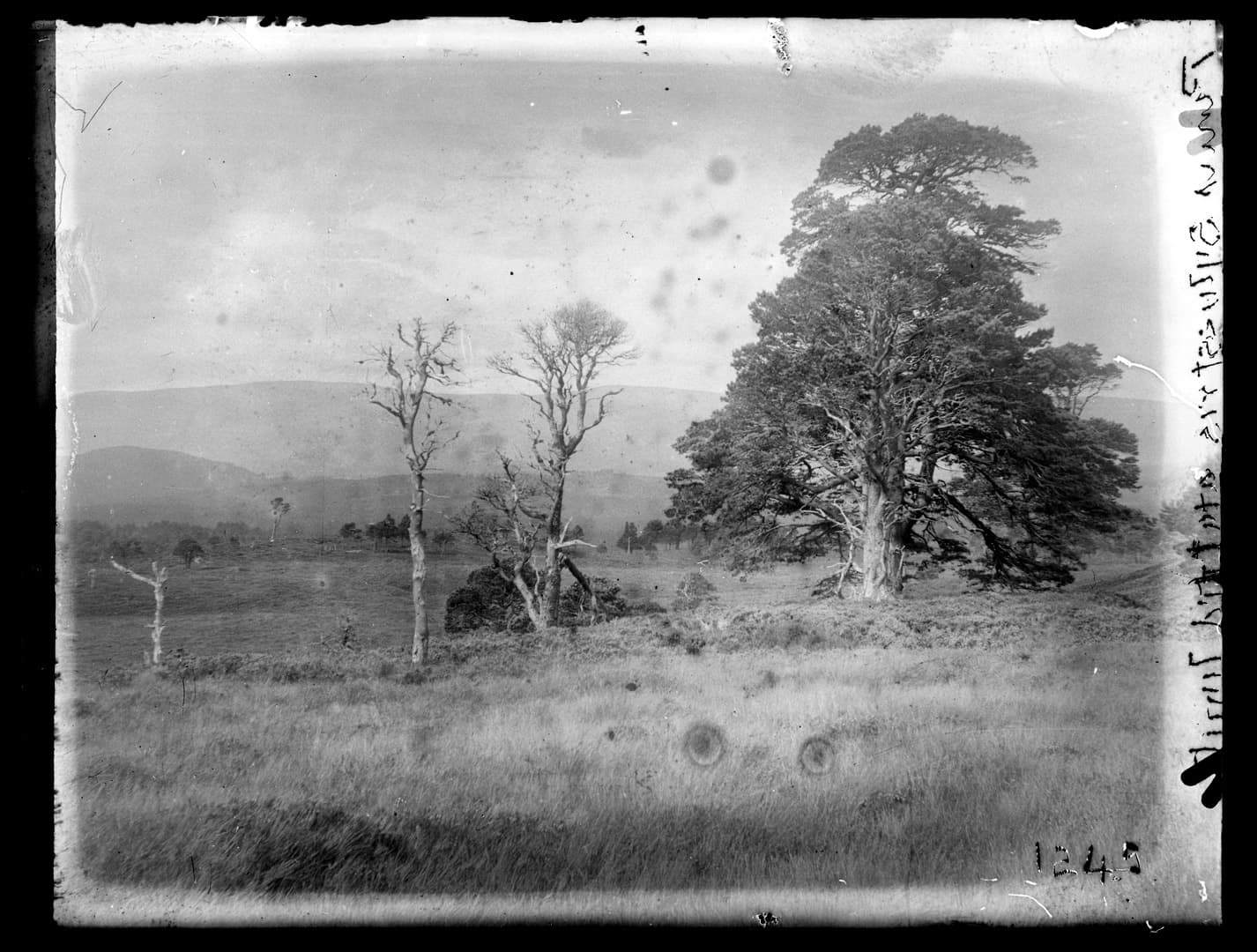 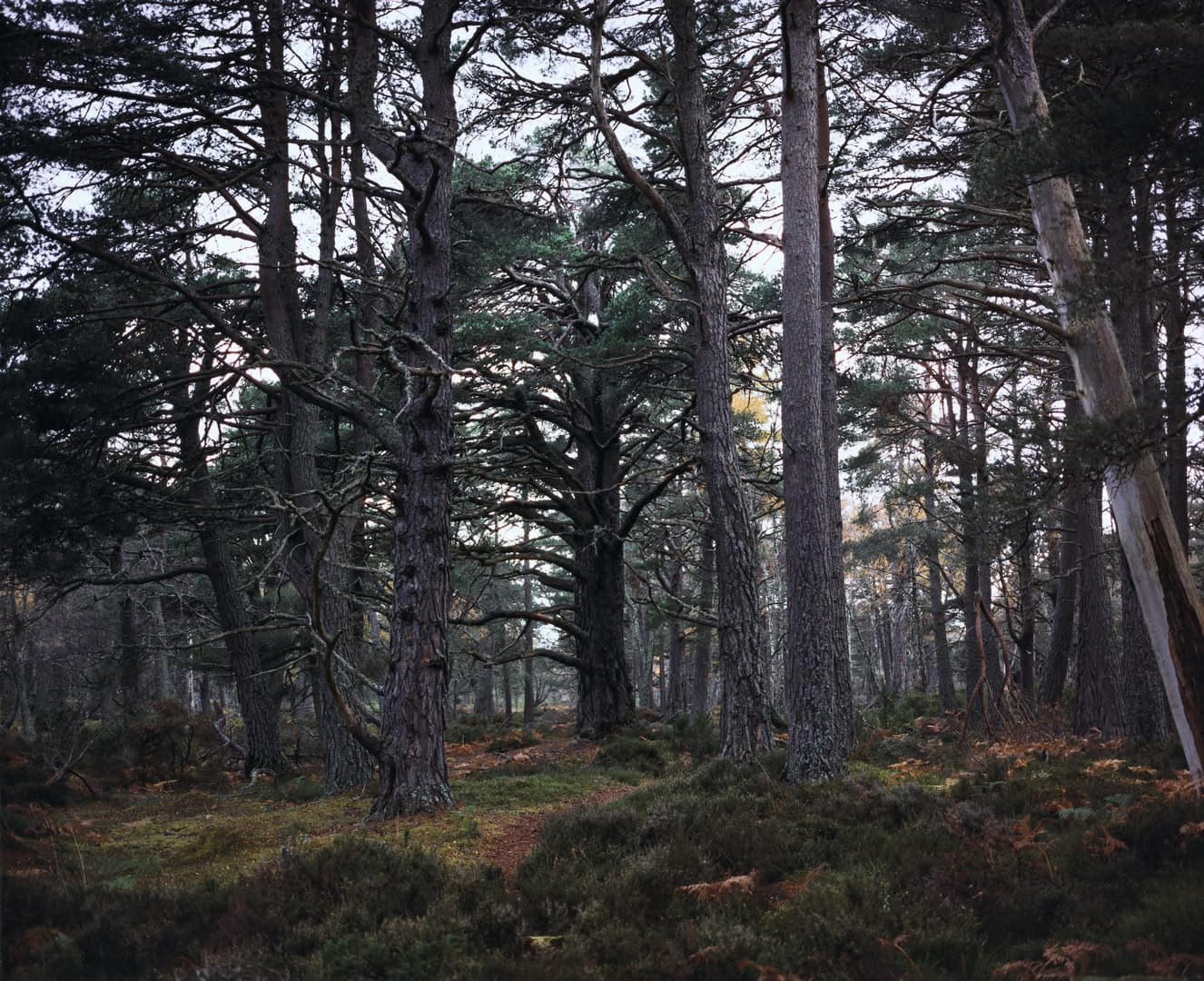 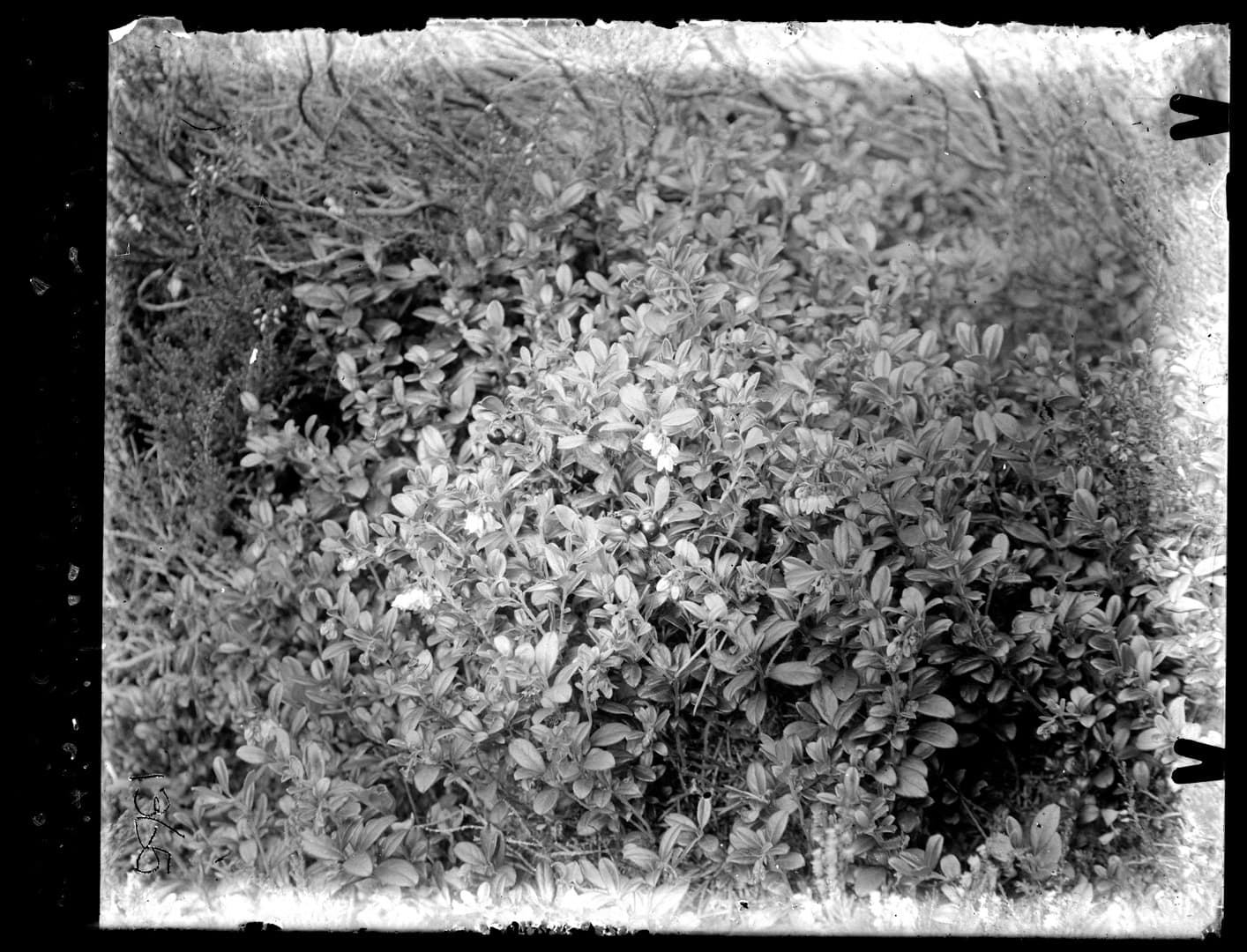 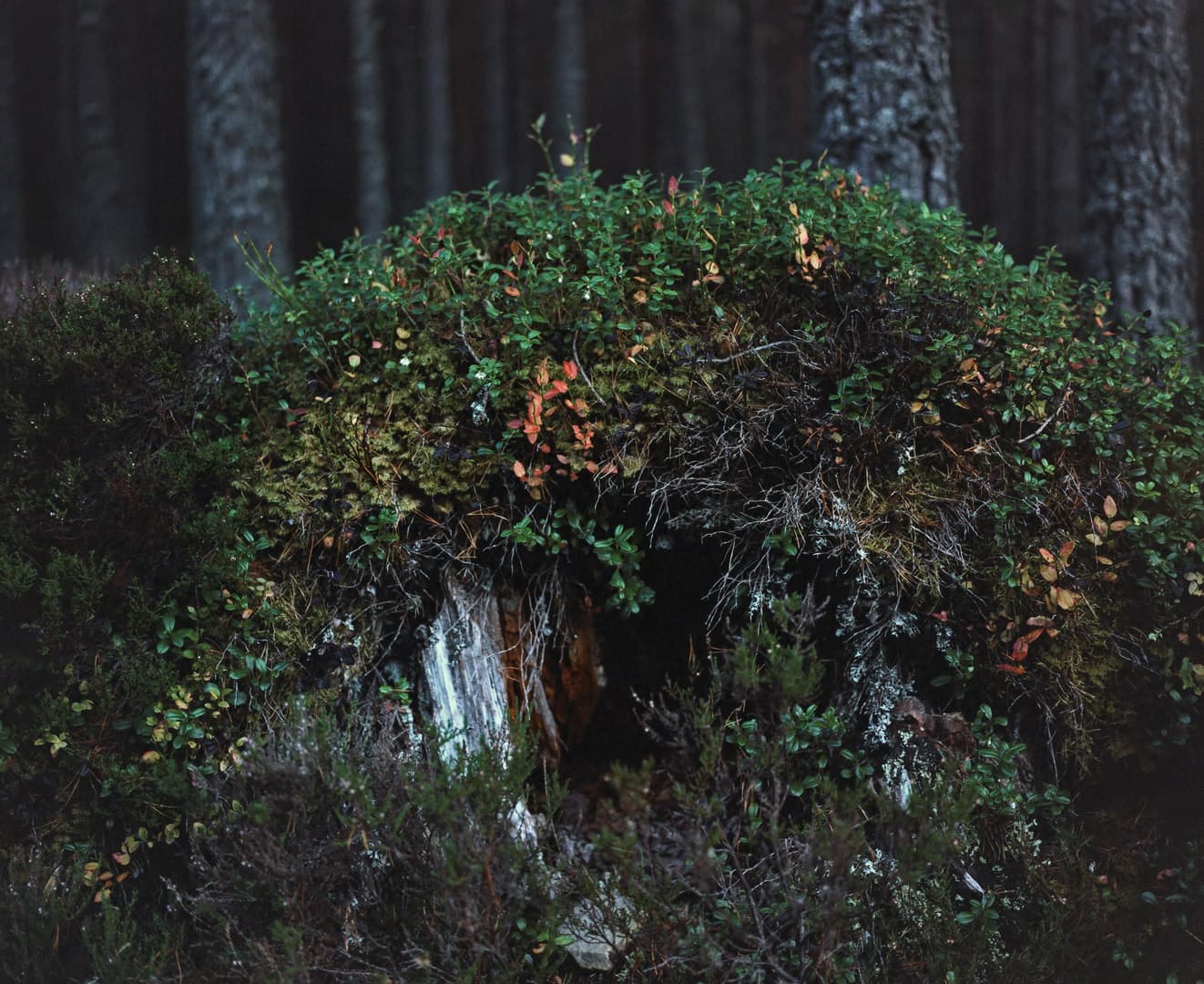 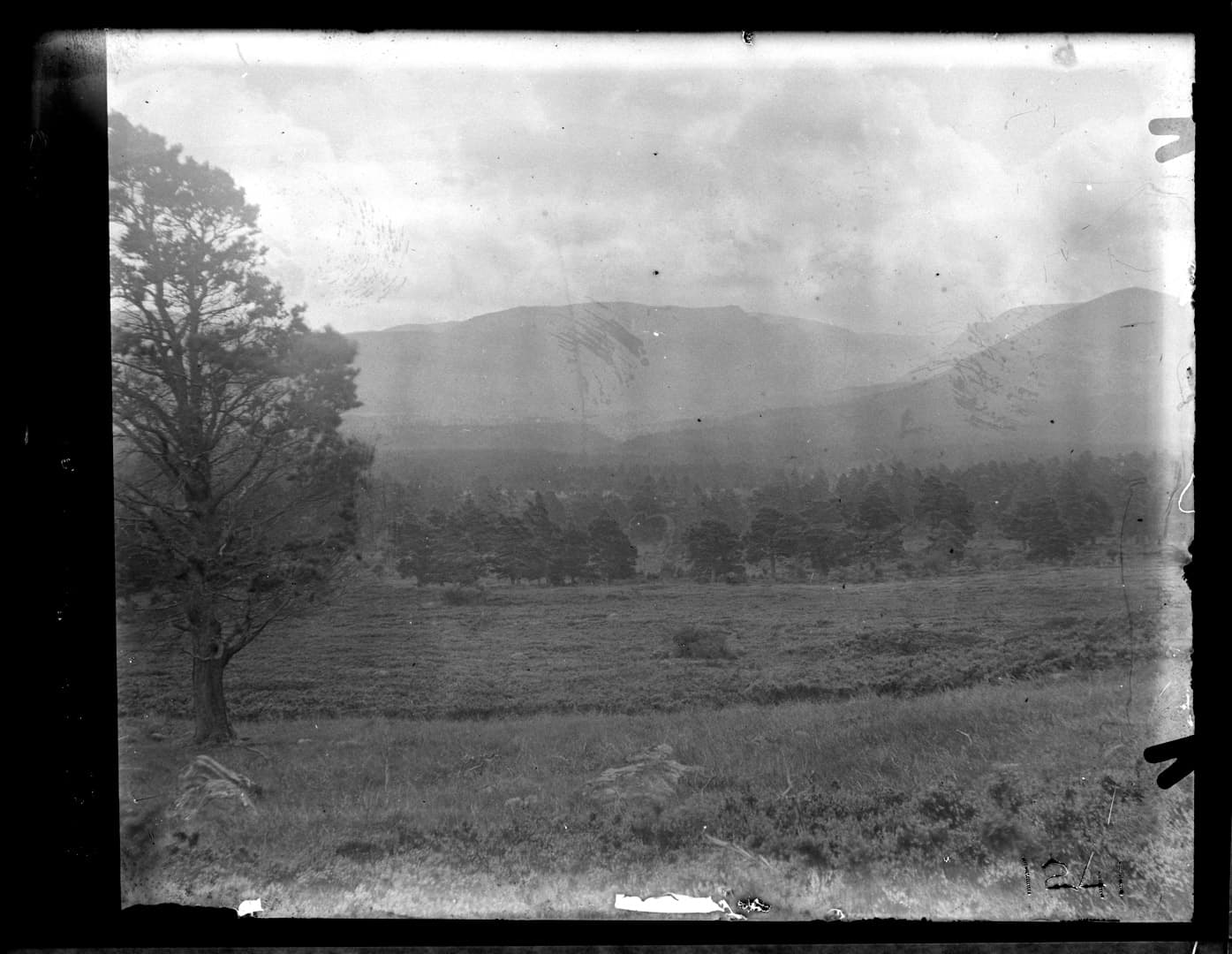 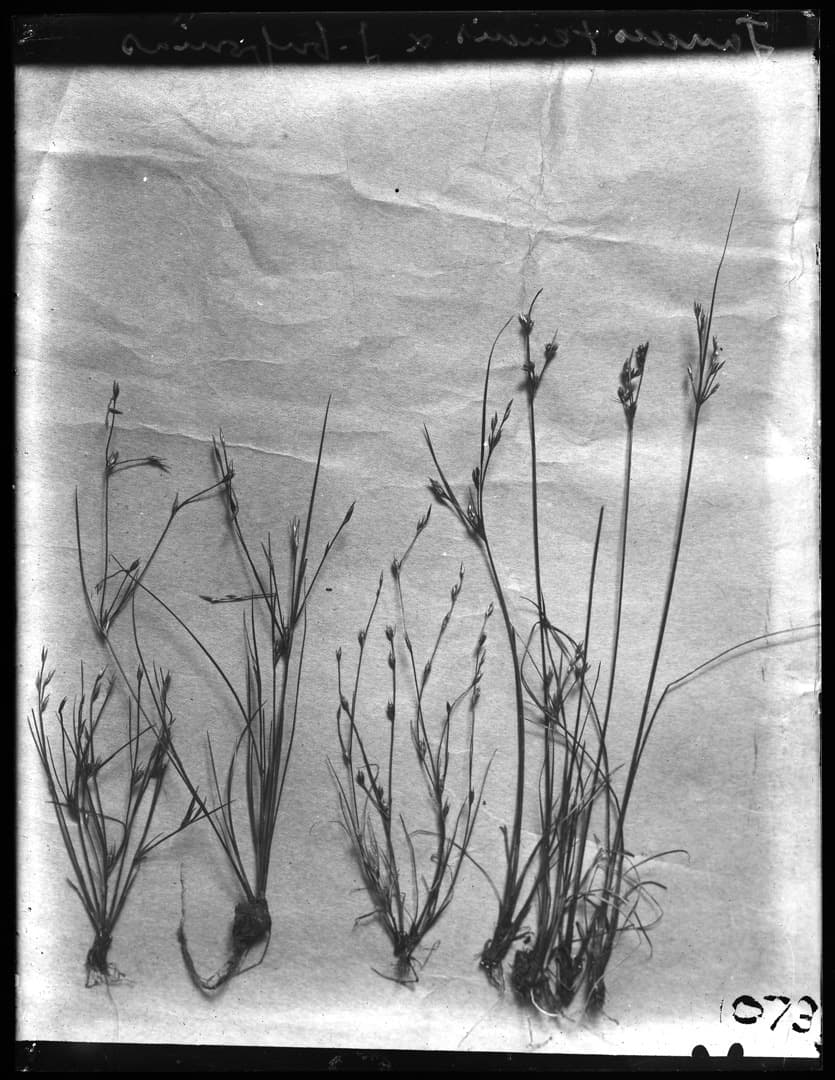 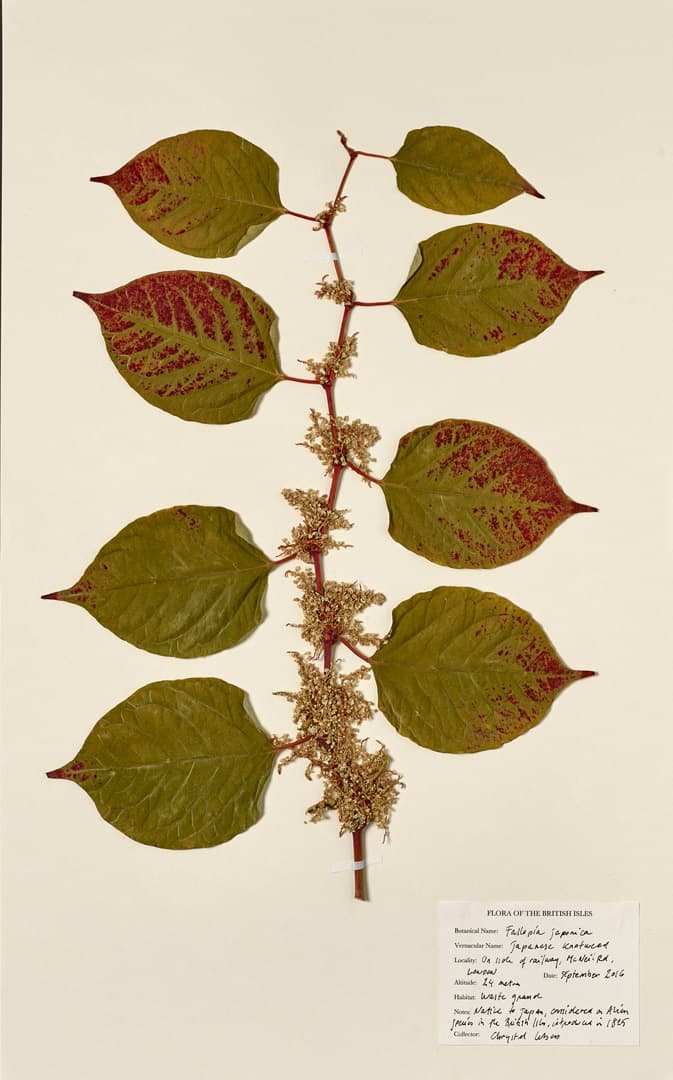 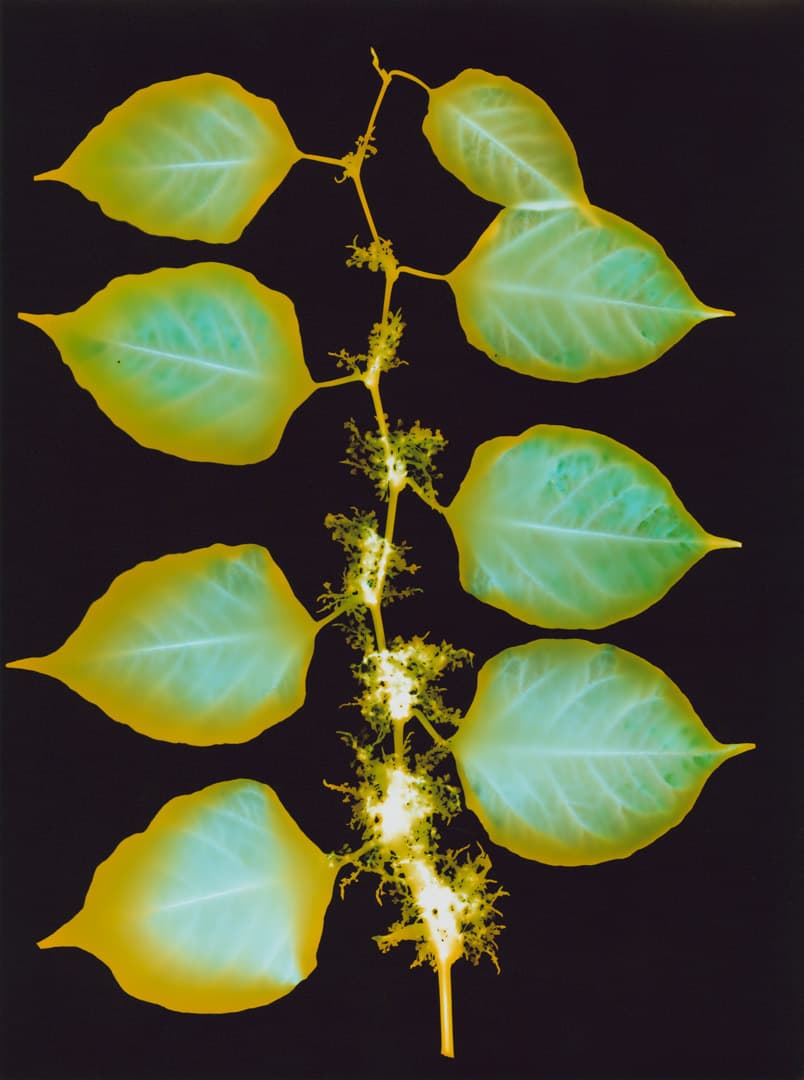 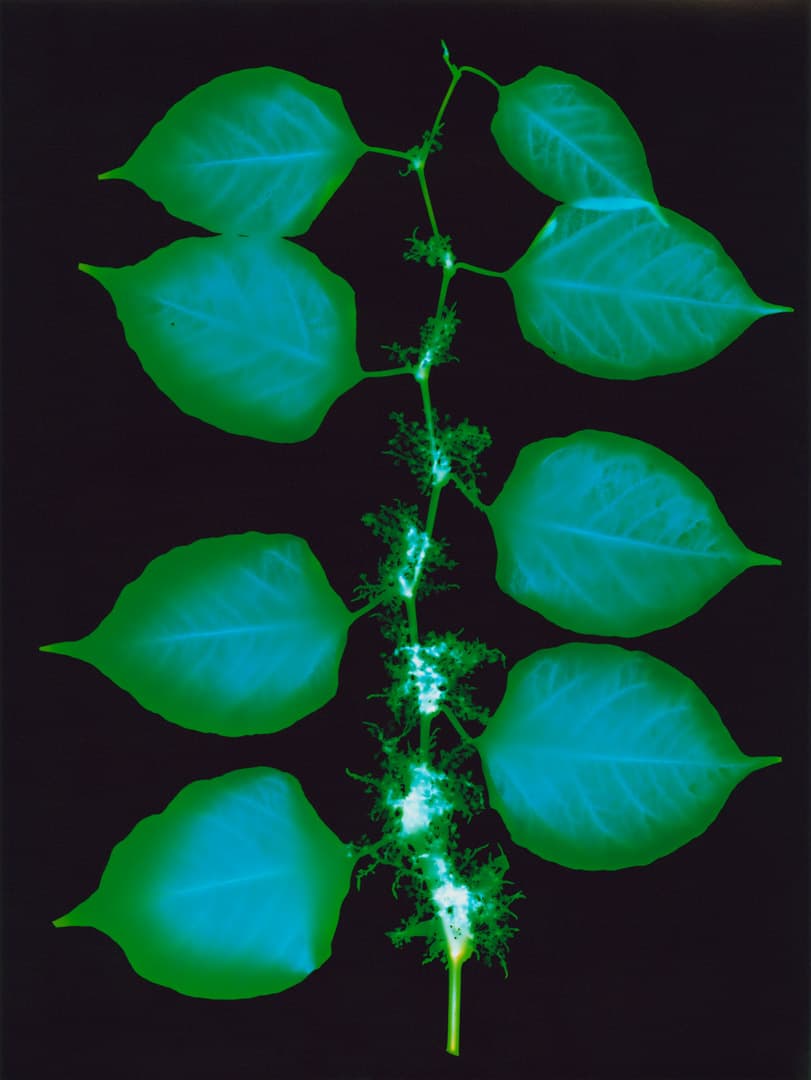 Engaged in encouraging a wider understanding of the complex encounter between humankind and nature Chrystel Lebas employ photography and the moving image to explore and reveal histories concealed in landscapes, investigating a variety of sites to which she returns over extended periods of time during key moments of change. The works highlight the complexity of these places, showing a landscape controlled by man and at the same time observing natural phenomena occurring at specific time and place. Often working into the uncertainty of the falling darkness at twilight, she produces large and immersive panoramic images in forests and wildernesses considering notions of the sublime and our relationship to nature. Interspersed within these larger series are forays into more detailed studies. These works have a relationship to natural history and botanical studies and led to her most recent and ambitious new commission.

In the most recent series, Re-visiting and Plant portraits or Weeds & Aliens Studies (2011-), Lebas has worked in collaboration with the Natural History Museum in London, retracing the steps of Sir Edward James Salisbury (1886-1978), a key British ecologist and director of the Royal Botanic Gardens, Kew (1943-56), who photographed landscapes of the British Isles nearly 90 years ago. Identifying change and retracing his steps, she produced an extensive body of work combining photographs, texts, moving image and sound work that highlight complex issues in relationships between humans, plants, and environment in Salisbury's time and today. The project received funding from the Calouste Gulbenkian Foundation London. And resulted in a publication Field Studies: Walking Through Landscapes and Archives, that won the Kraszna Krausz Best Photography book 2018, and was exhibited at Huis Marseille Photography Museum Amsterdam in a solo show (2016-17).

'In 2011 the Natural History Museum London commissioned me to make new work inspired by a collection of anonymous glass negatives depicting the British landscape, from the beginning of the 20th century.
After extensive research, a name scratched on a glass plate revealed the identity of the photographer, the famous British botanist and ecologist Sir Edward James Salisbury (1886–1978).
E.J. Salisbury journeyed through Great Britain with a notebook, a vasculum and a camera, meticulously documenting landscape and its flora with utmost precision. In these photographs, the endless pine forests, the 'wandering dunes' of Scotland and Norfolk appear rugged and empty, just as one might imagine these places to be, though in actual fact, nature in these places is under active management of public and private conservation and environmental organizations.
Walking, searching, GPS in hand, I attempted to find the exact locations where Salisbury stood when he took his photographs at the beginning of the 20th century. I was not so much concerned with a literal comparison between the landscape as it was then and as it is now, but more with defining my own role and vision as an artist alongside that of the scientist Salisbury.
'Re-visiting' combines photographs, texts and moving image work that highlight complex issues in relationships between humans, plants, and environment in Salisbury's time and now.

Visiting the places Sir Edward James Salisbury photographed between 1914 and 1933 in Scotland, Norfolk and Devon, I looked at how the landscape has changed over nearly ninety years.
A complex quest as nothing is as simple as it first appears. I gathered evidence from Salisbury's photographic records and his notes, local information, botanical sources and topographic evidence.
Changes in the landscape can be caused by climate, humans and/or animals (for example, a bird might be carrying a seed from A to B hence a new species might appear in an unfamiliar habitat).
Is all this valuable information enough to account for what has happened to these landscapes in the intervening years?'
Extract from Field Studies: Walking Through Landscapes and Archives published 2018 by fw:books