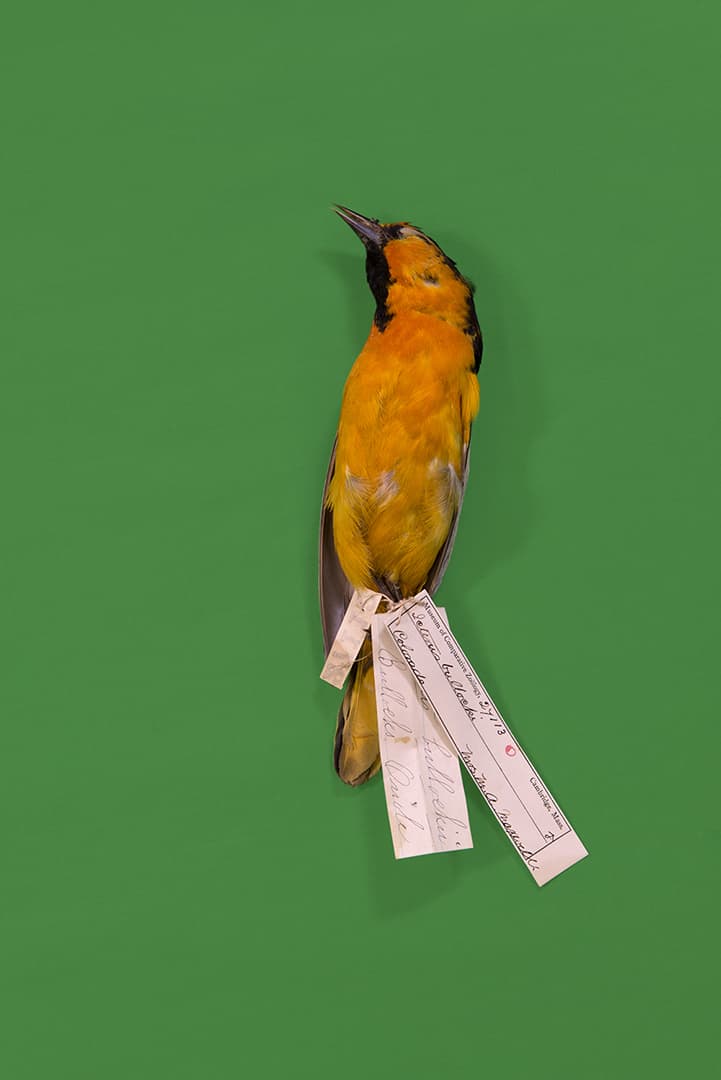 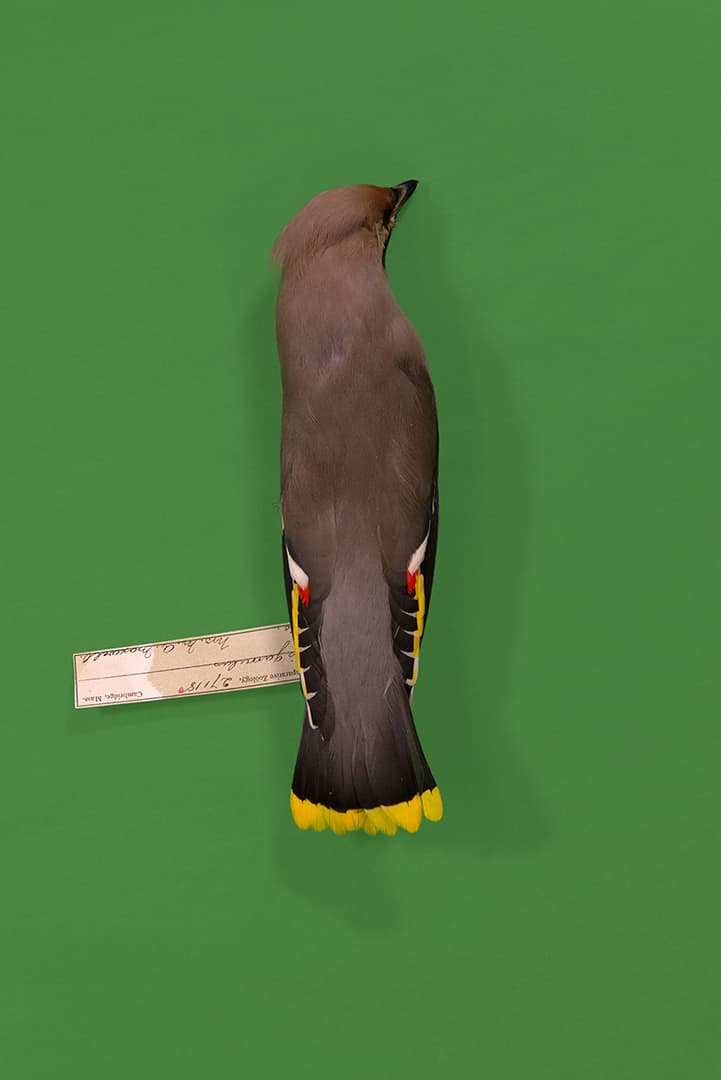 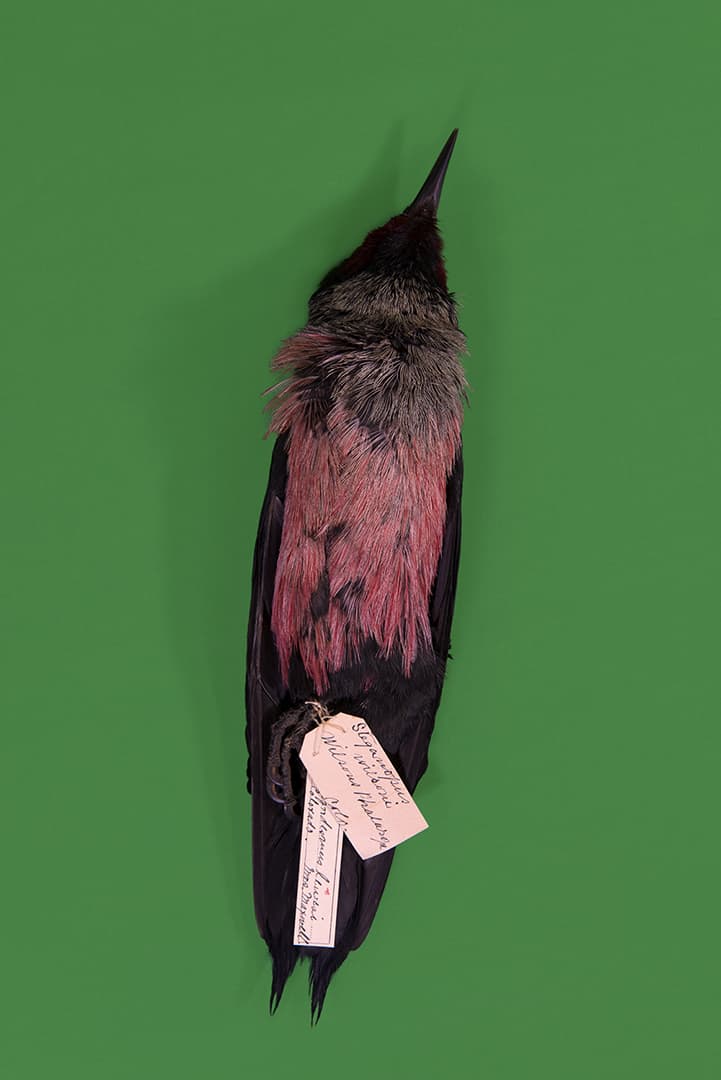 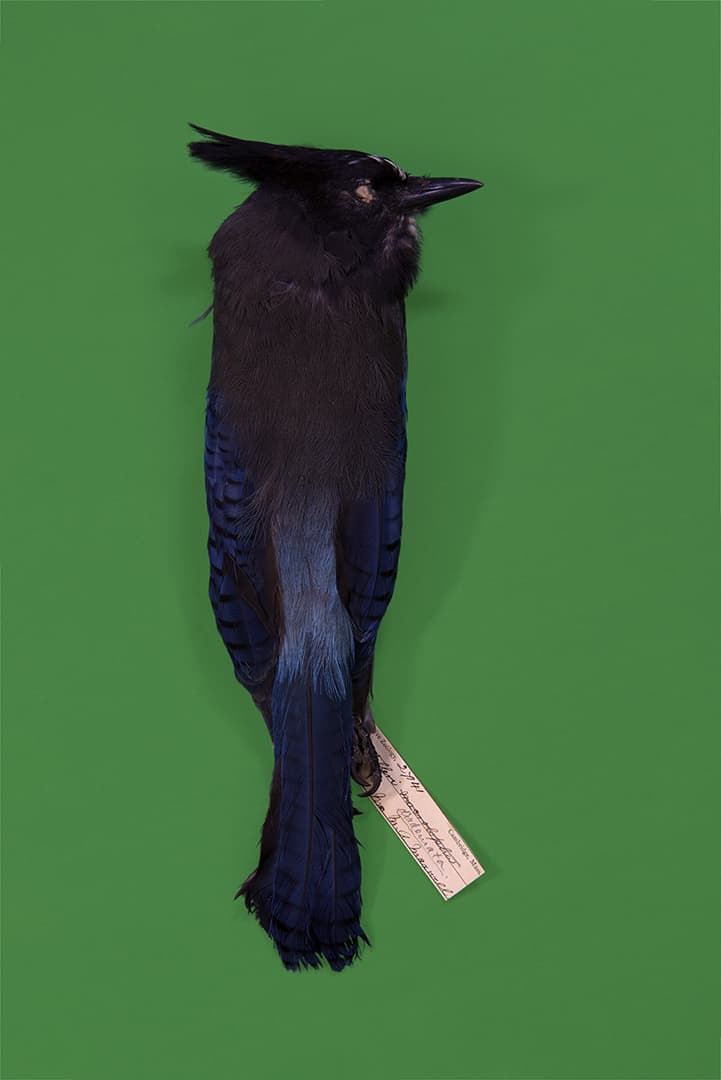 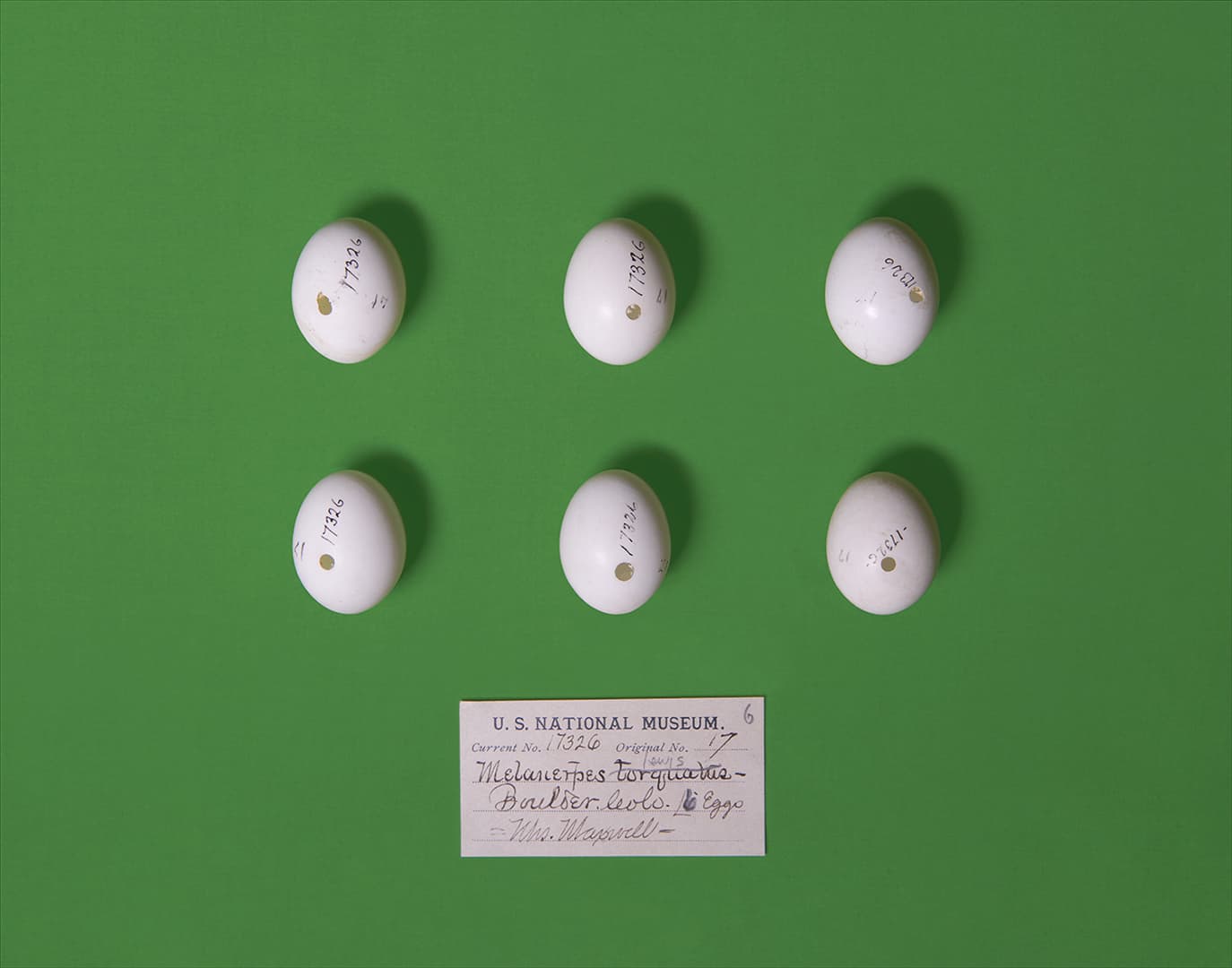 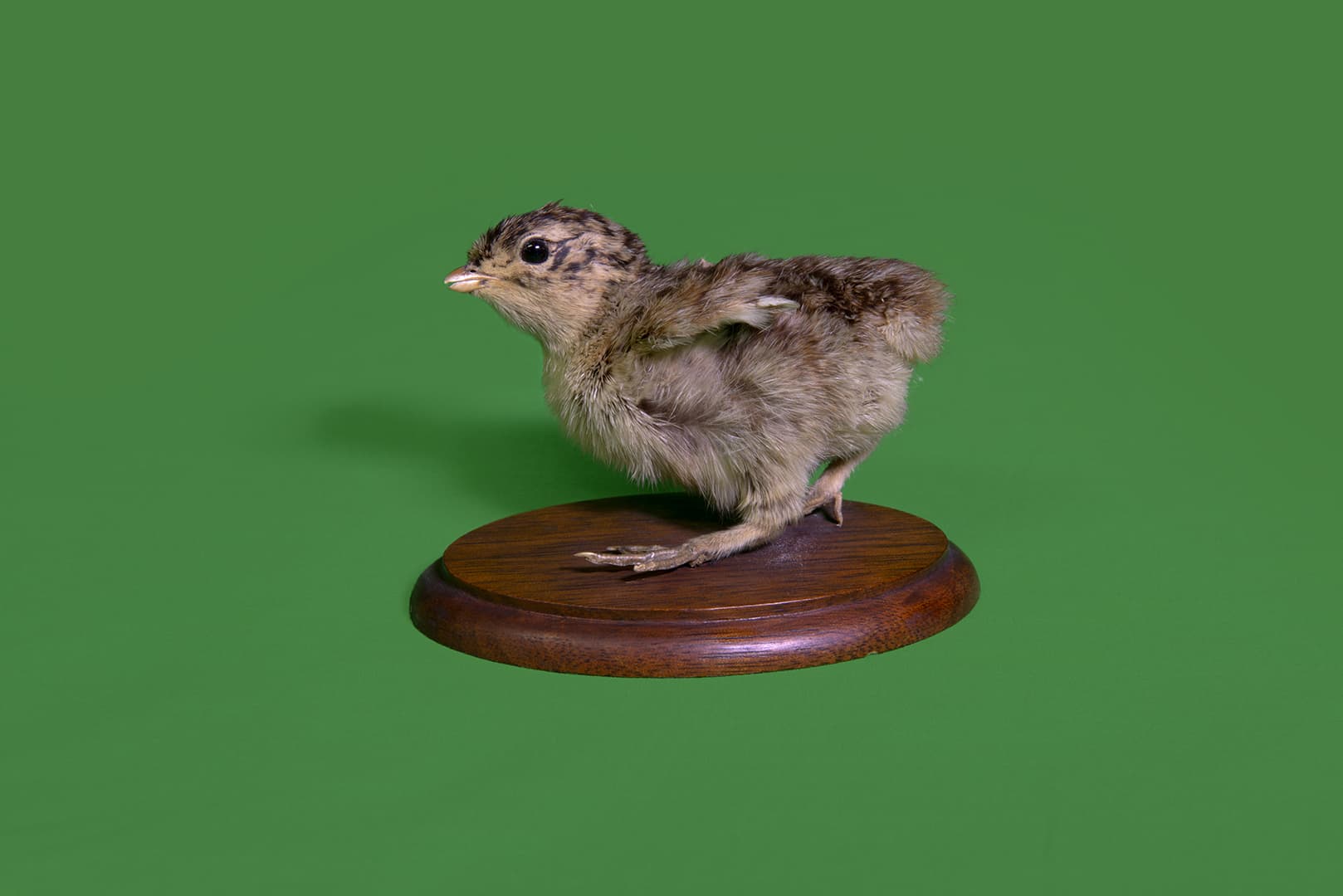 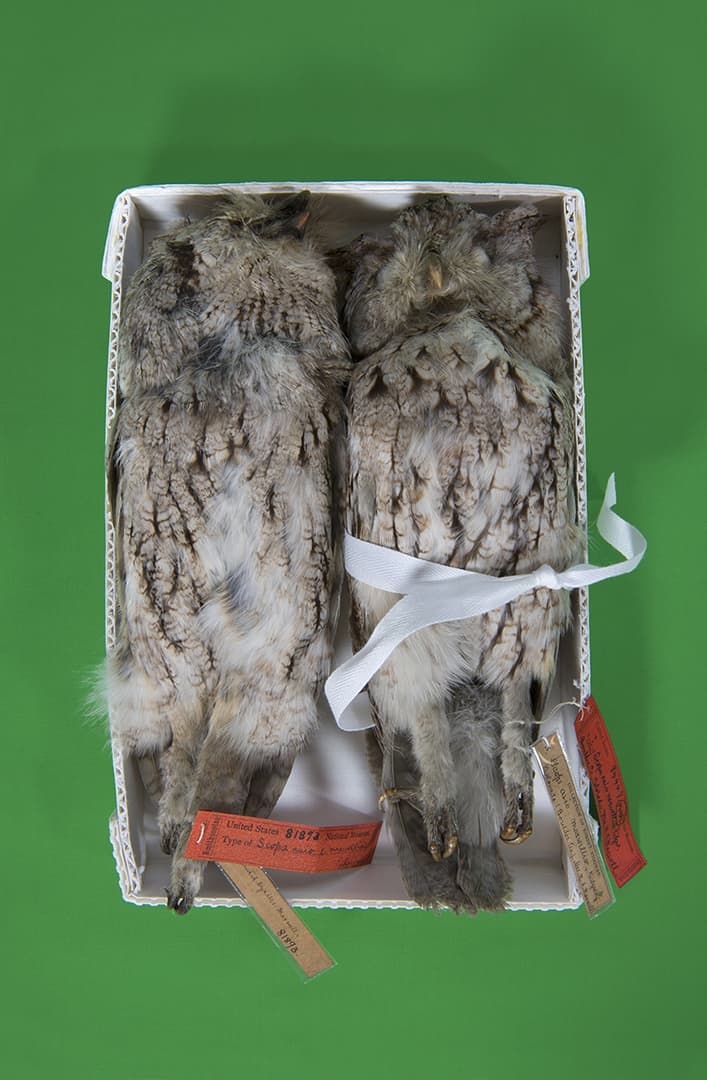 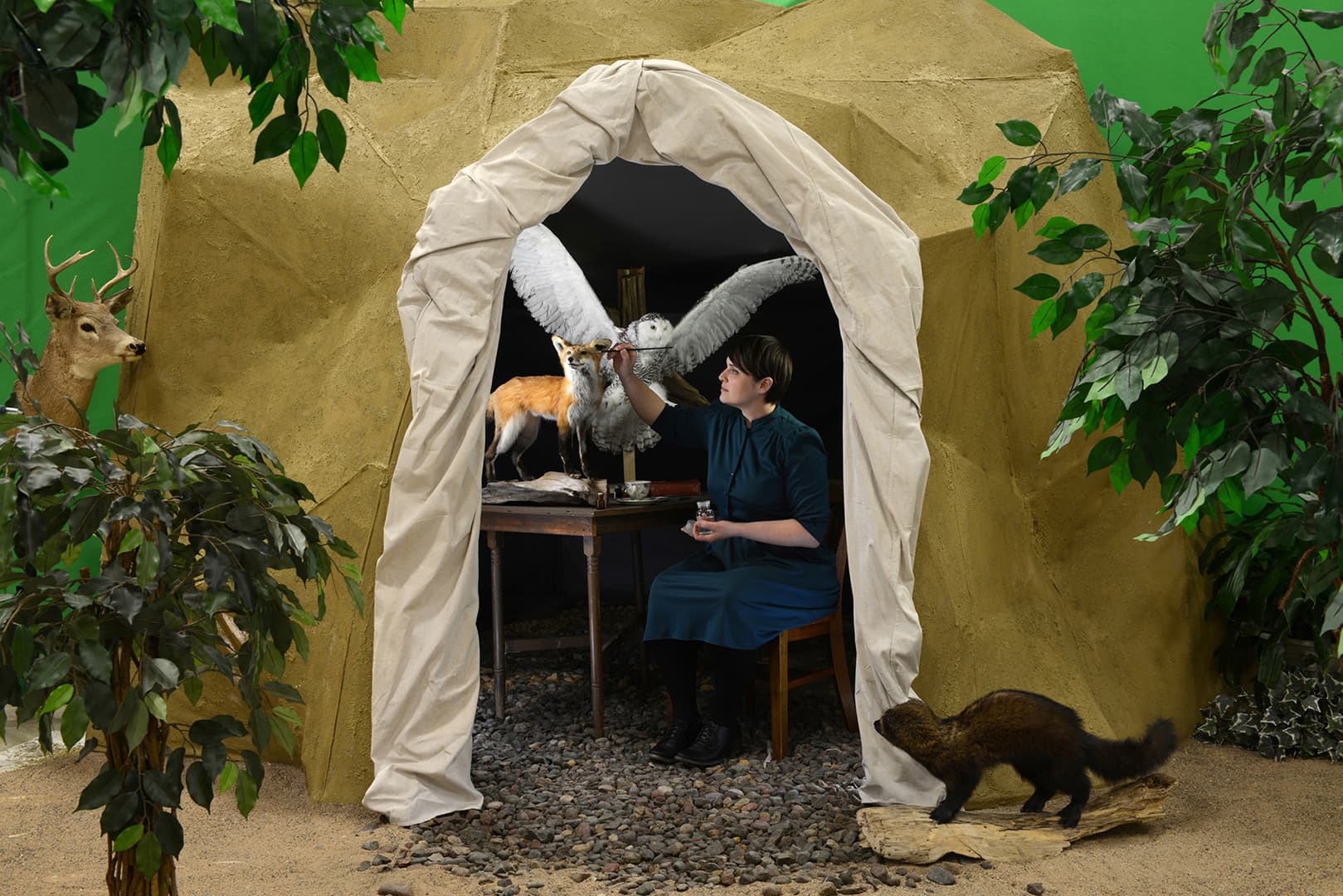 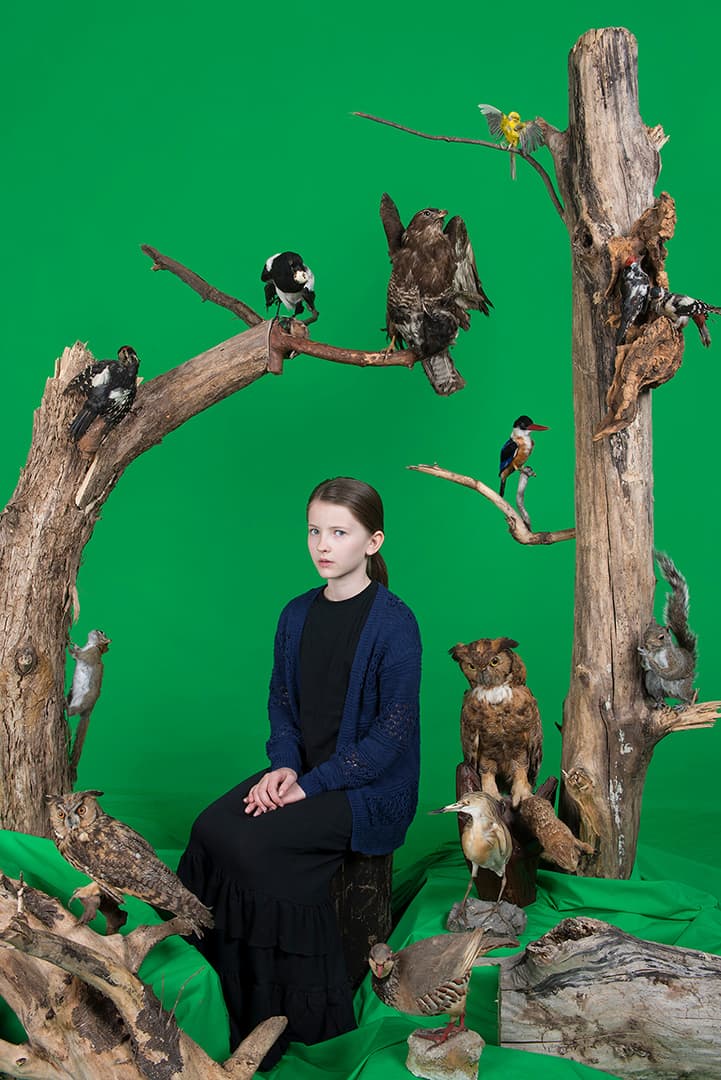 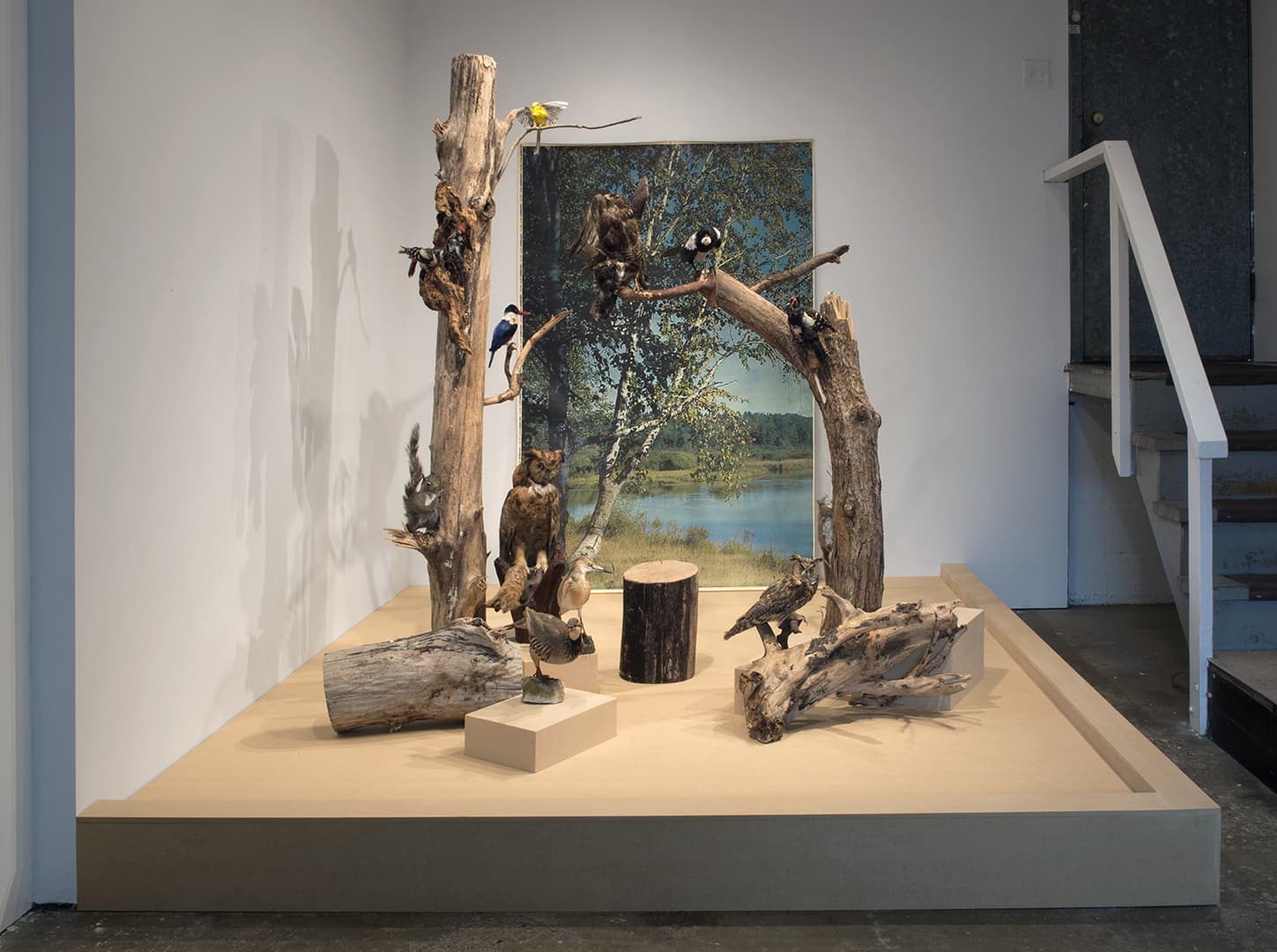 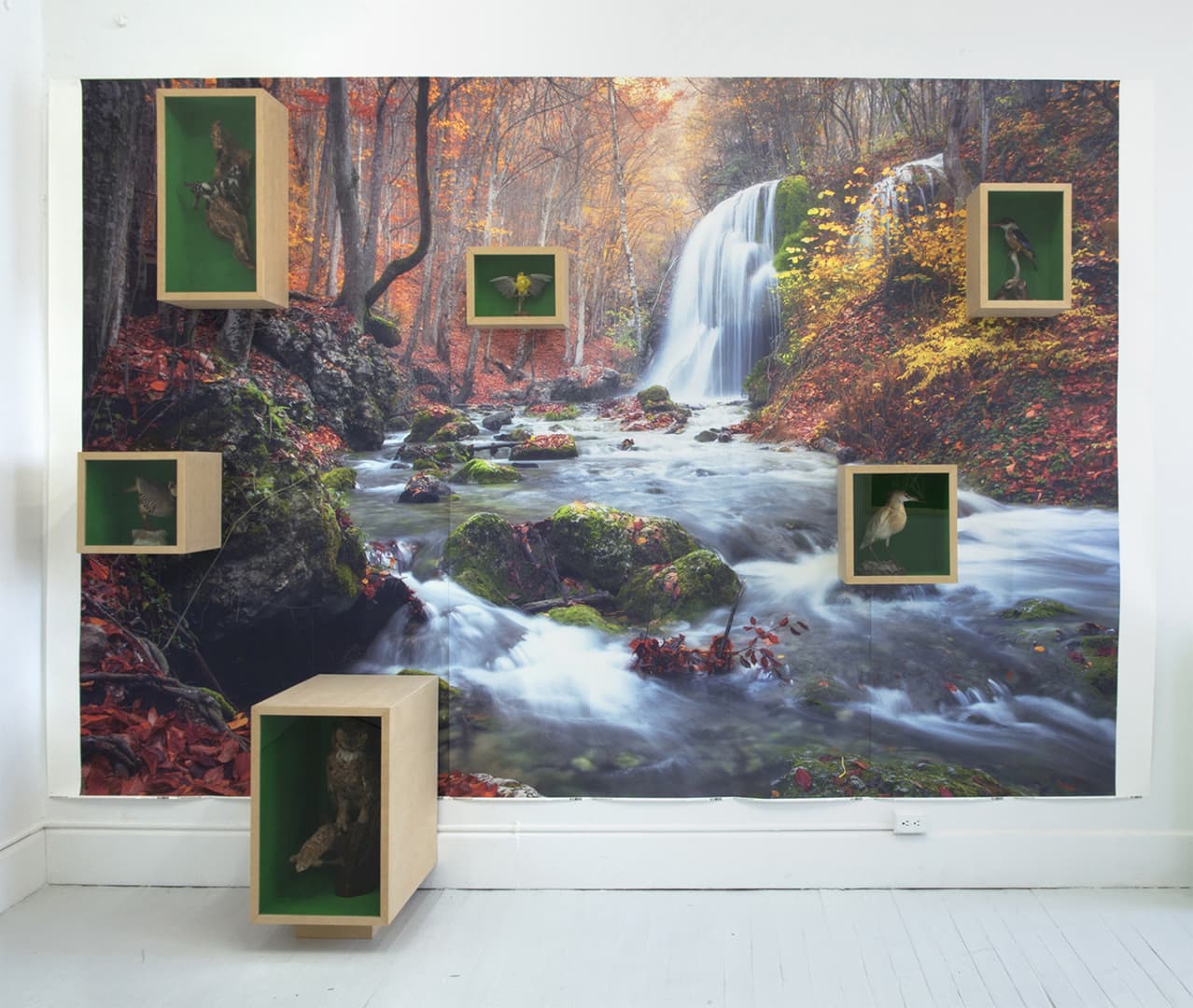 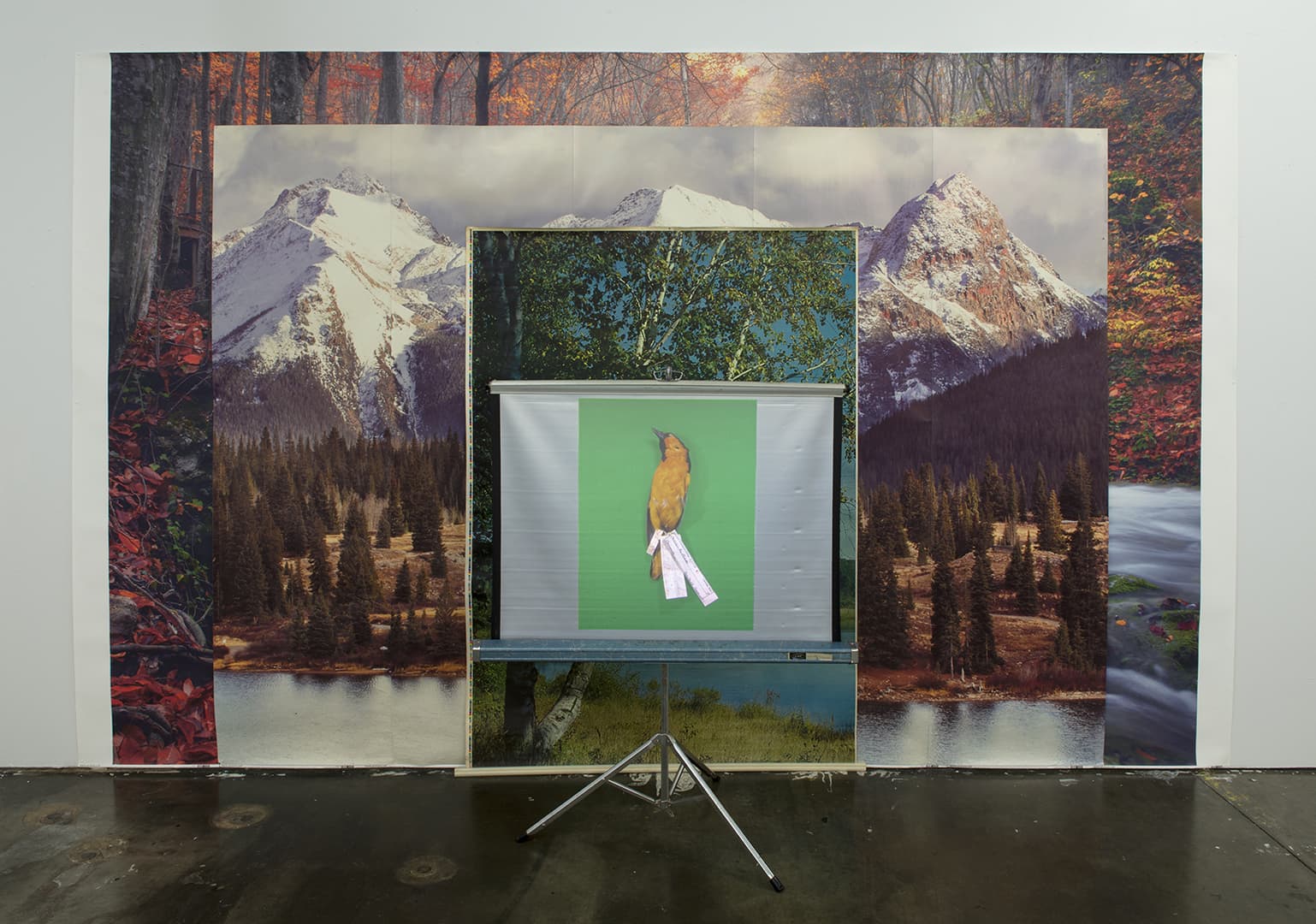 In my current work, I explore narratives of those who worked in the intertwined areas of science, art, philosophy and entertainment in the nineteenth century. My work accesses those biographies, to tell stories (or bits of stories), and reimagine how these histories influence the way we think about the natural world, and the practice of science in relationship to other disciplines.

Colorado naturalist, Martha Maxwell shot and stuffed a menagerie of animals for installation, at the Philadelphia Centennial Exposition, called "Women's Work". Maxwell was one of the first people to install animals in habitat dioramas, which later became the museum standard. Destitute, she built a cave within her Philadelphia exhibition in which to live for the duration of the fair. Attempts to commercialize her taxidermy through photographic mementos and other ancillary business ventures failed.

I fold the time of past narratives, utilizing aesthetic tropes and veneers, such as intricate wood display cabinets and period appropriate patterns, into the present time by using contemporary materials and cultural signifiers, such as green screens and MDF. For instance, I use the green screen as a background because of the open possibilities suggested by the ubiquitous film effects tool, leaving viewers to fill the habitat diorama.

The works in Re|collect bring together two approaches to generating a record of Maxwell's achievements. In part, the work is composed of a selection of photographic documentation of the few remaining artifacts of Maxwell's natural history collection, developing a new archive of her work scattered across several museums. The other works in the project call forth Maxwell's work through reconstruction and reenactment of her achievements and aspects of her life. Together these two methodologies join an imagined vision of the past based on historical record, and a contemporary record of the past based on historic artifacts – two complementary and antithetical ways of telling the story of Maxwell's zoological endeavor.