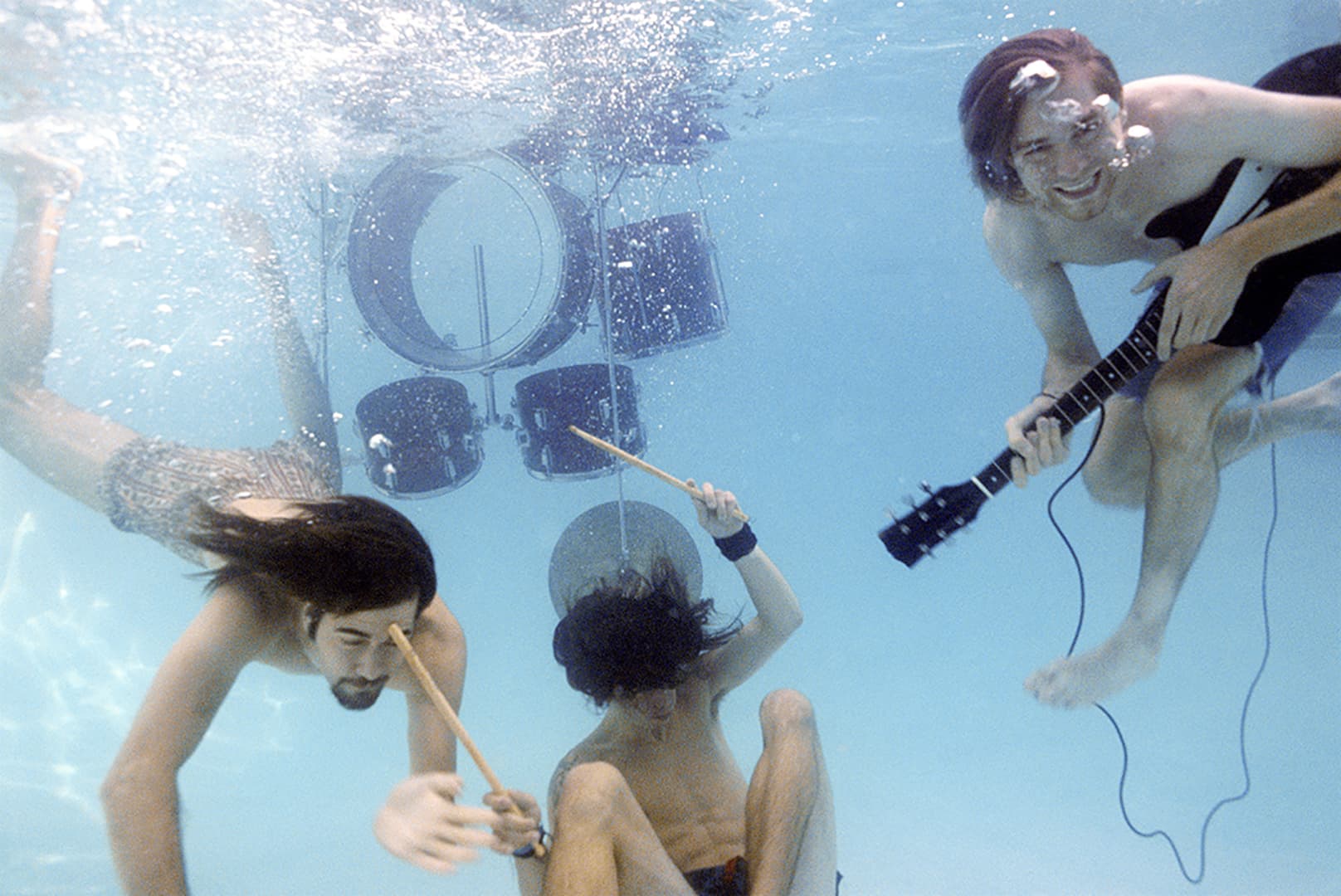 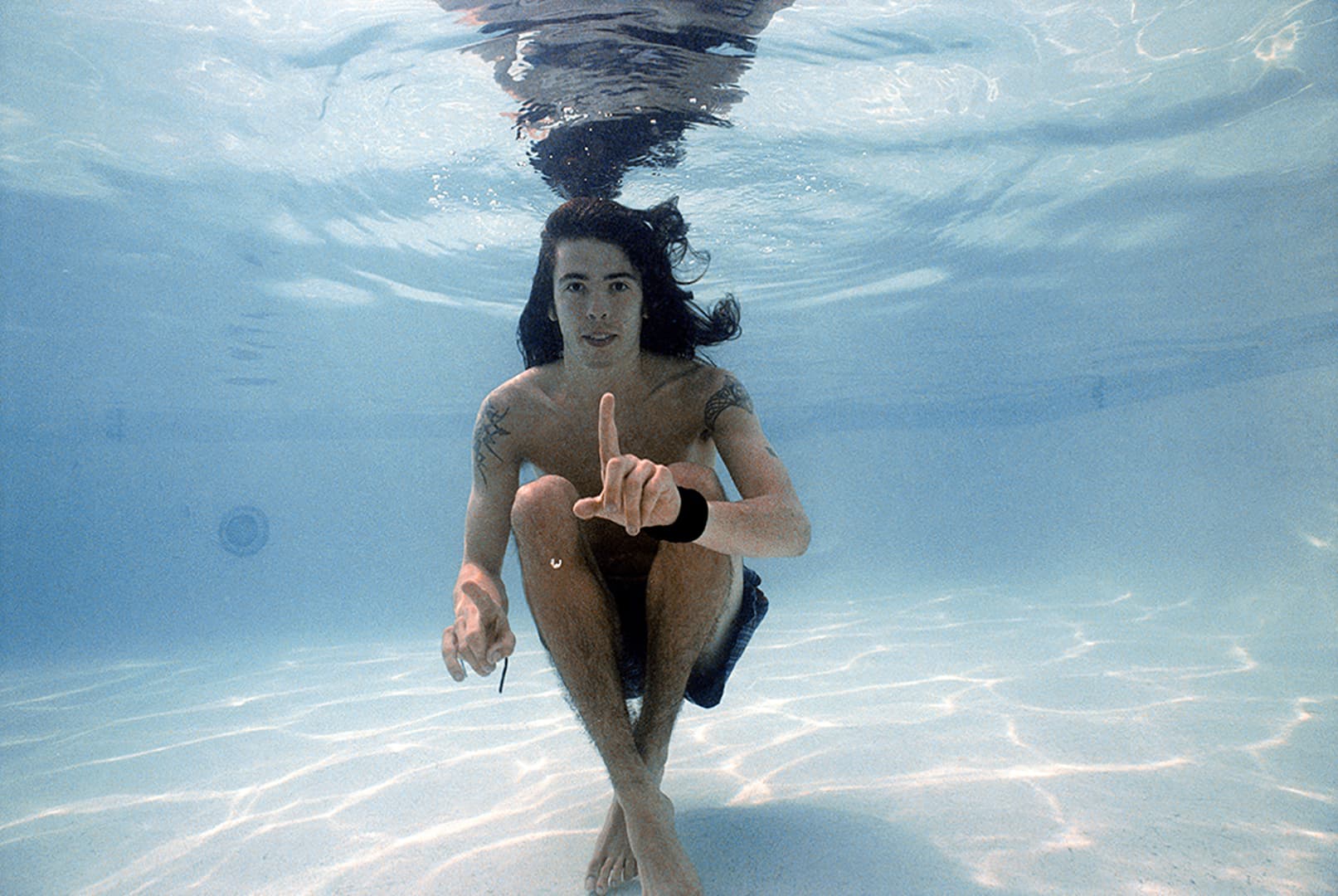 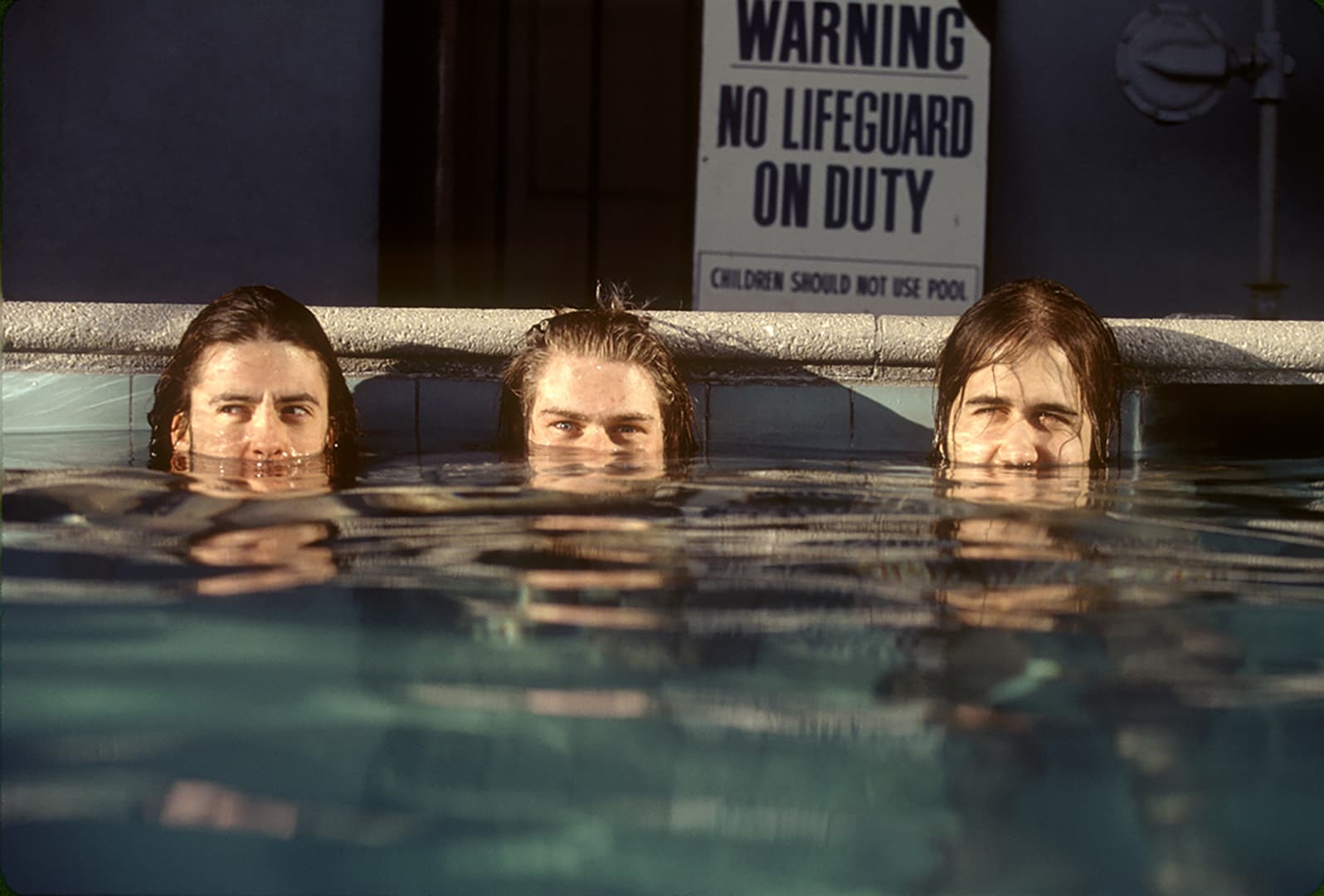 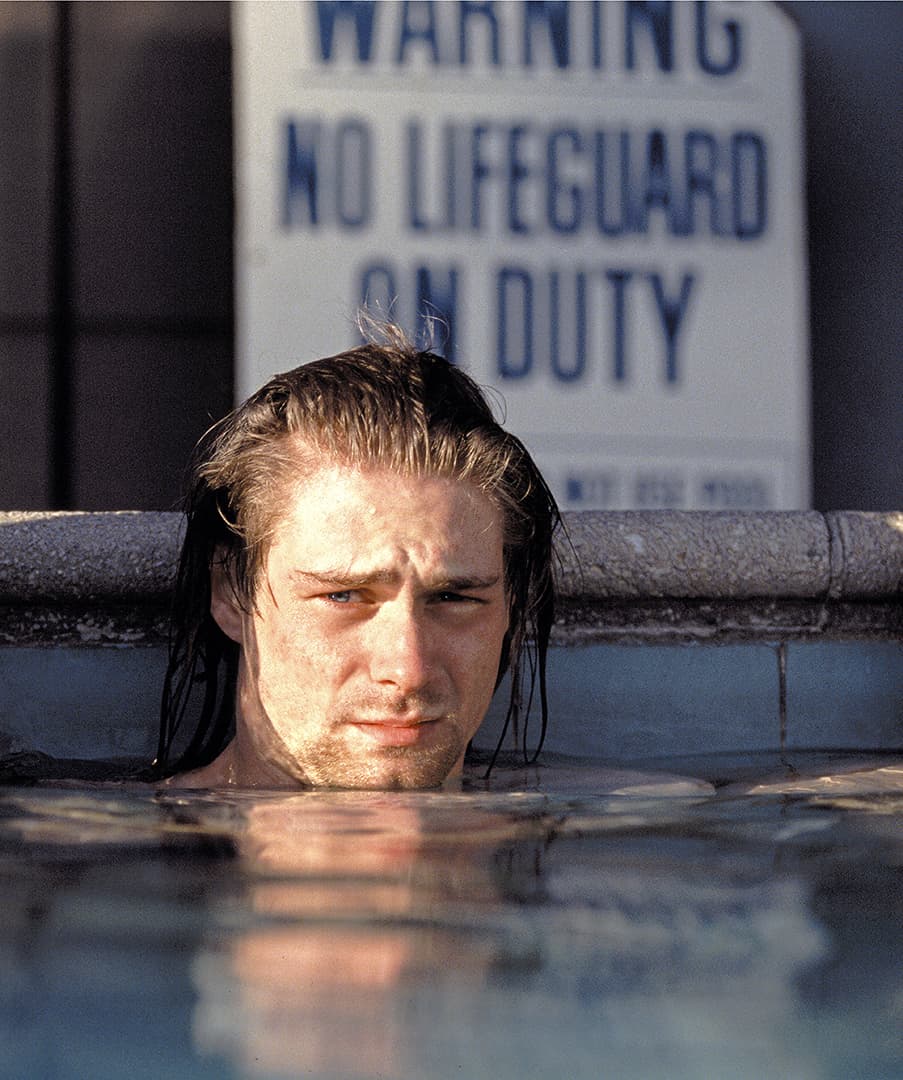 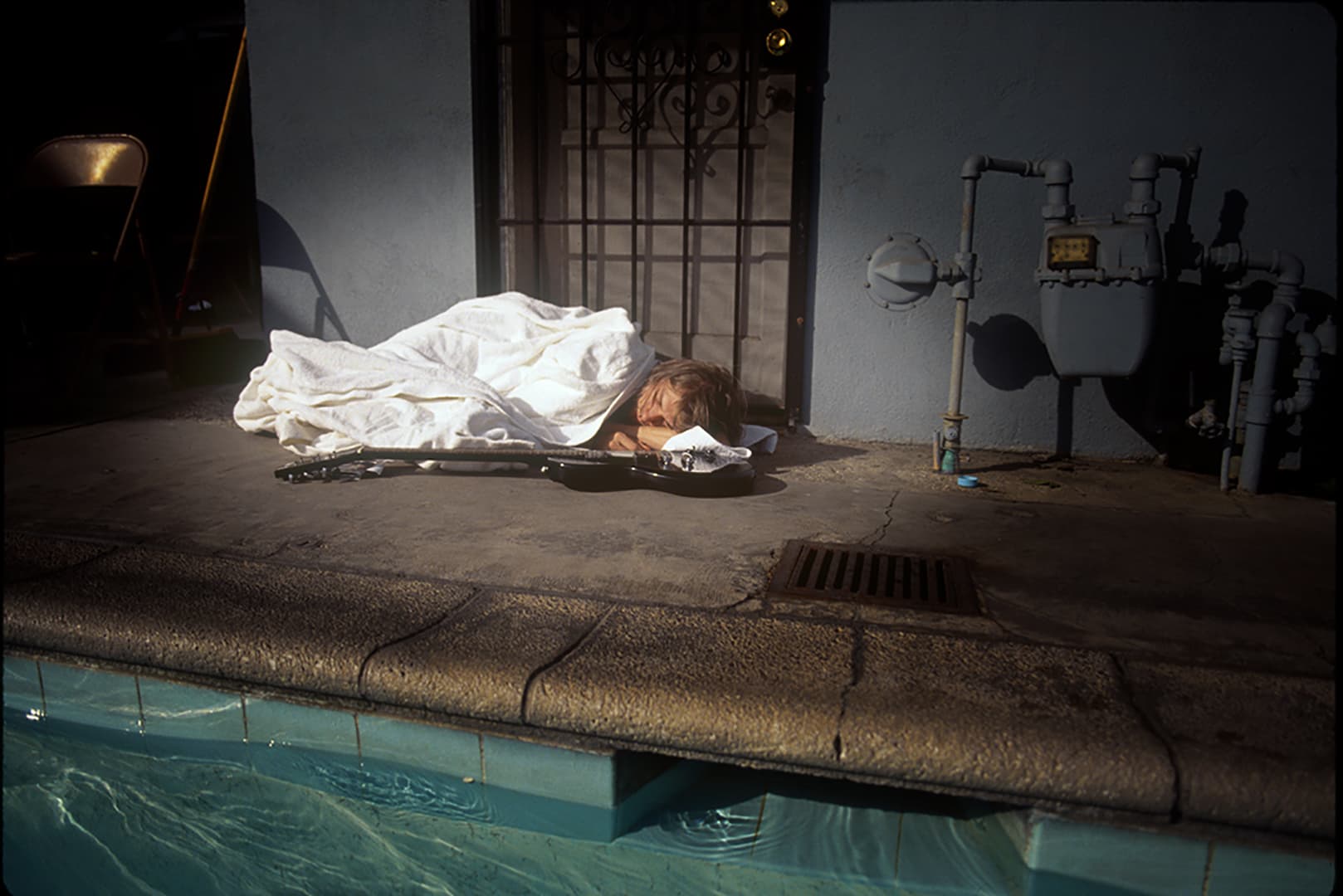 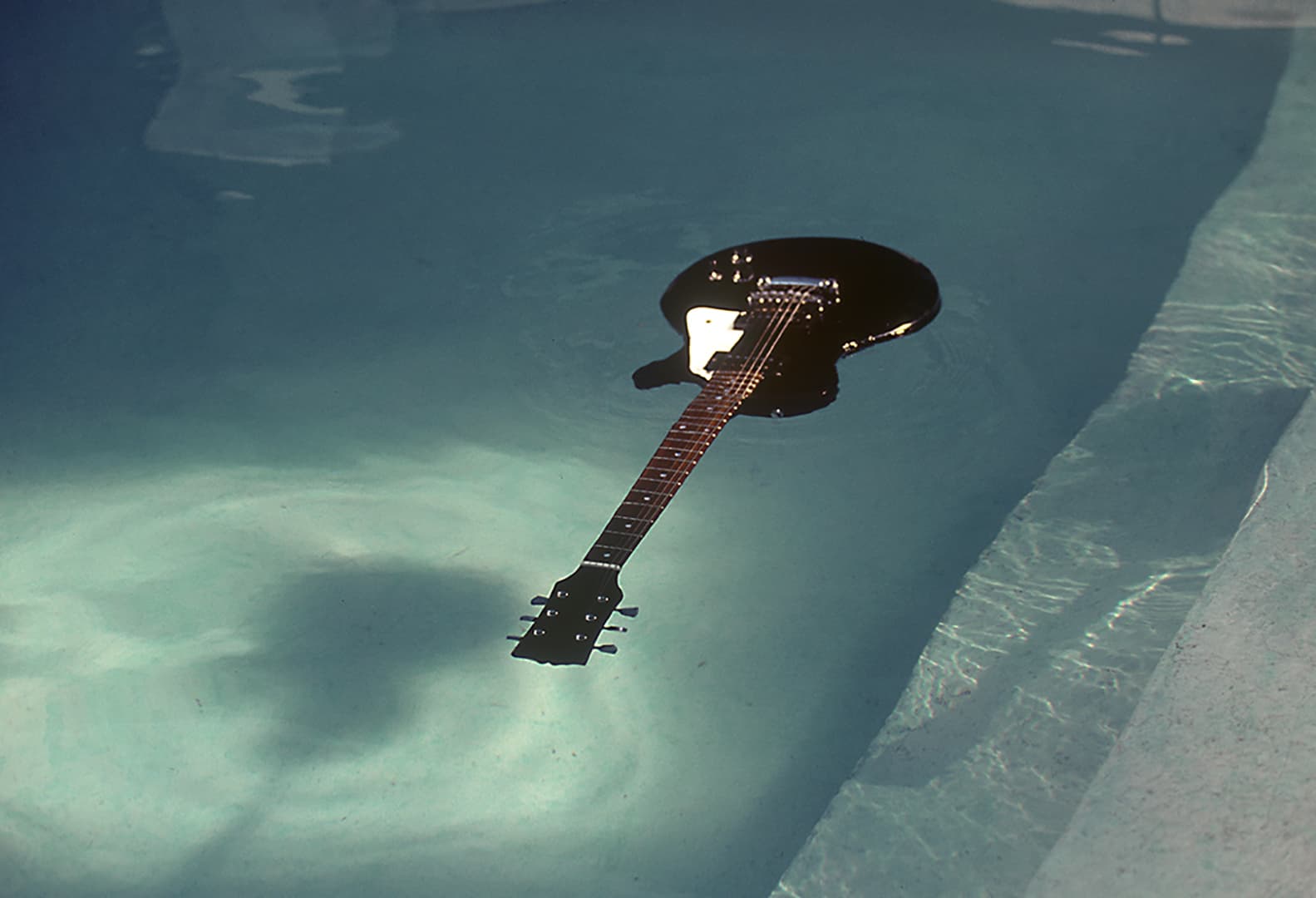 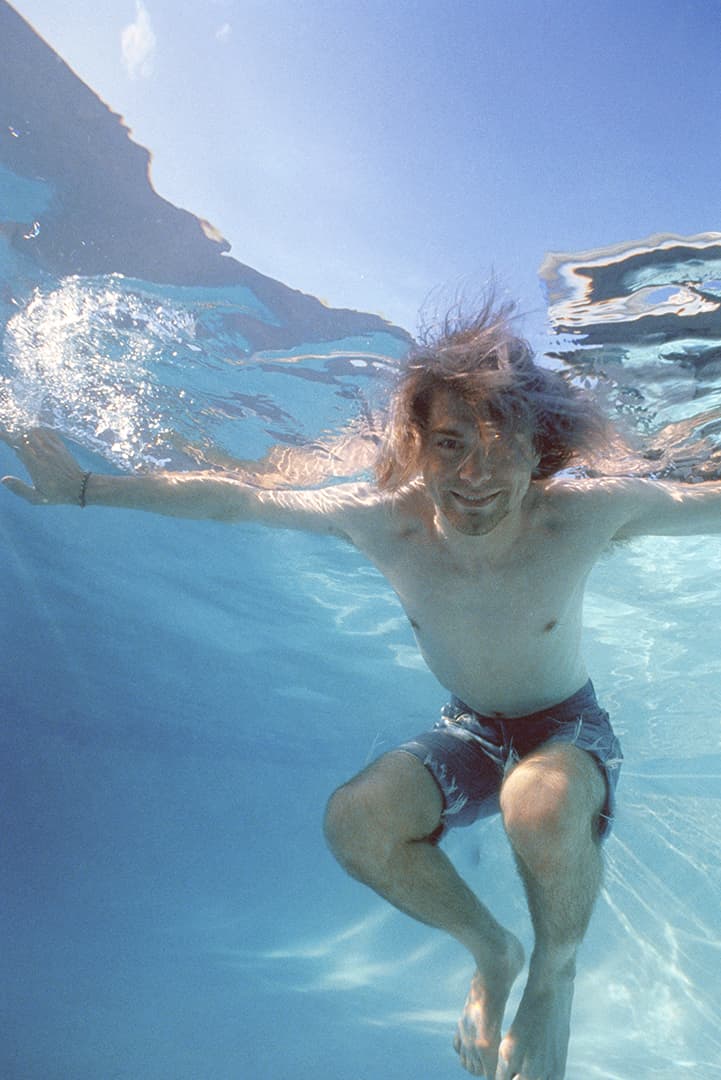 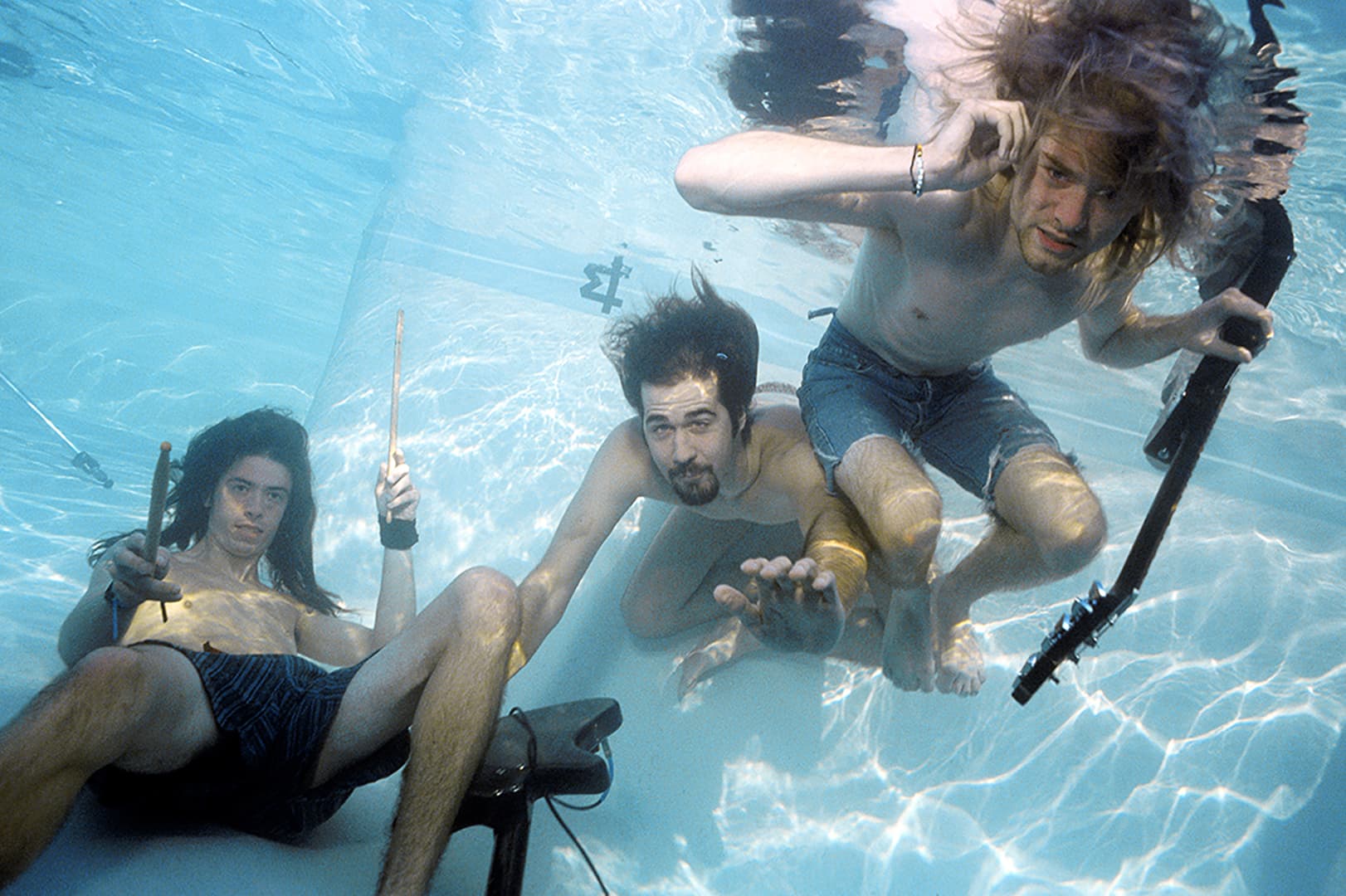 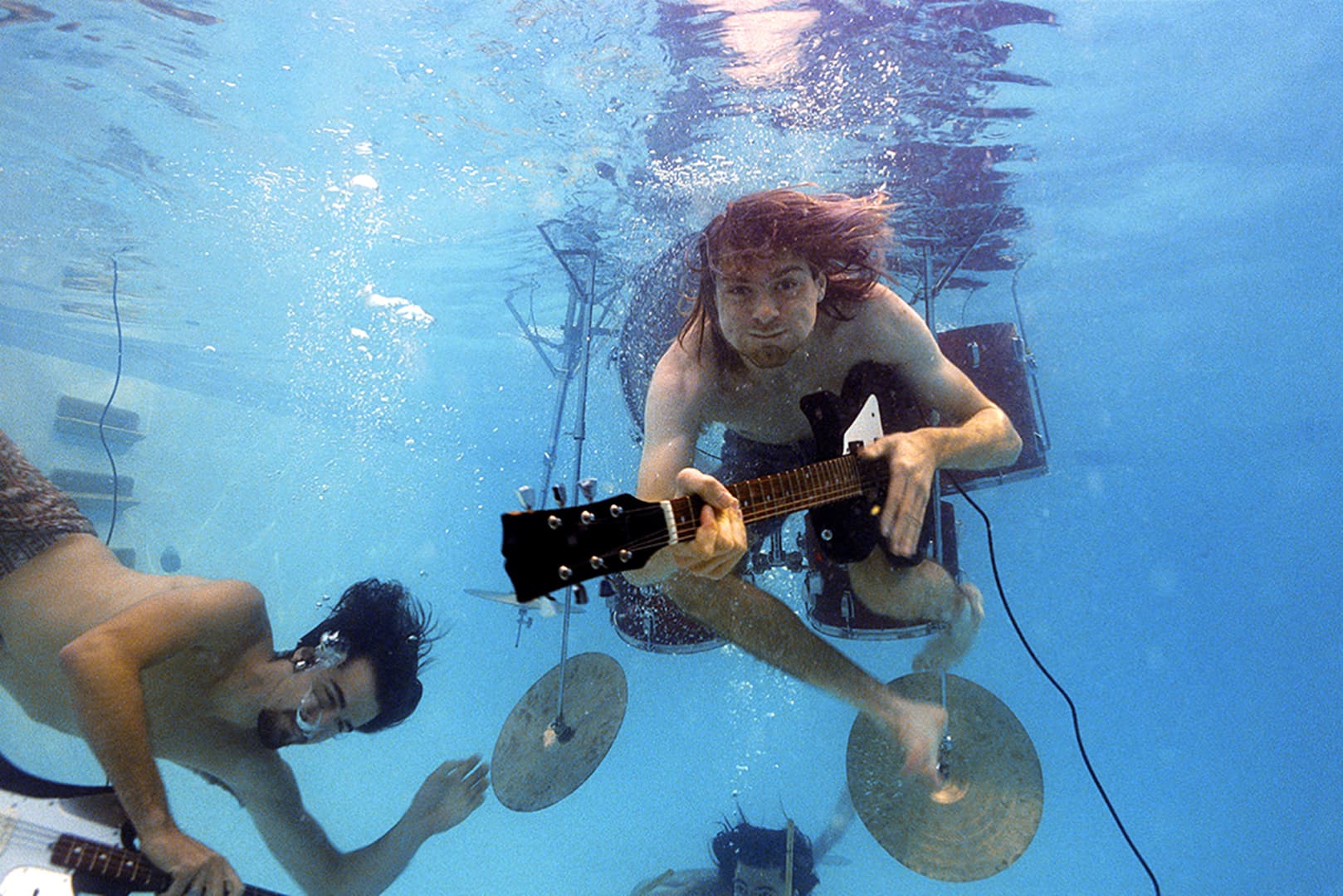 My assignment was to shoot a group shot of the band Nirvana underwater. A few months before I had photographed the cover of Nirvana's Nevermind album. The album and the cover were a big success; my group shot not so much… It was tough shoot from the beginning.

When I shot these images, shooting people underwater was not as prevalent as it is today. Taking pictures underwater was really difficult. I was shooting color transparency film. The camera is incased in a large metal waterproof case, there was no digital screen to check, no auto focus.

We shot at 10AM on a cool cloudy day in Los Angeles. The water was cold and murky, and the band was not at all happy about shooting at 10 in the morning, while they were on tour. Right after the shoot they would drive to San Francisco for that night's gig. So, we had a real time crunch. When Kurt Cobain showed up, he immediately took a nap.

Coordinating three people underwater is difficult. They can't see me or each other well, no one can hear or speak, and they had to hold their breath. And there was no direct sun light, which makes a big difference in underwater photography. We all worked hard and shot the hell out of what we had; groups shots, individual portraits, half in and half out of the water, we worked at a feverish pace.

In the end, I never got the group shot that I wanted. The images were never really ever used and sat in my closet for about 20 years. One day I dug them out and looked at them with fresh eyes. I found some gems. I scanned then and looked at the images on a large monitor, really liked what I saw.