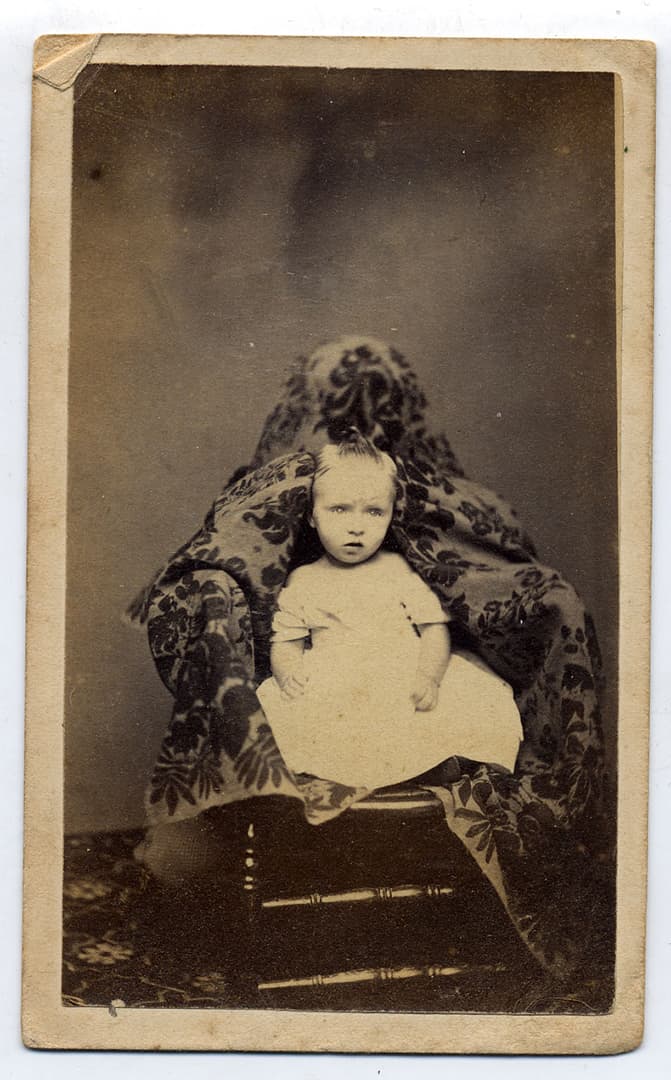 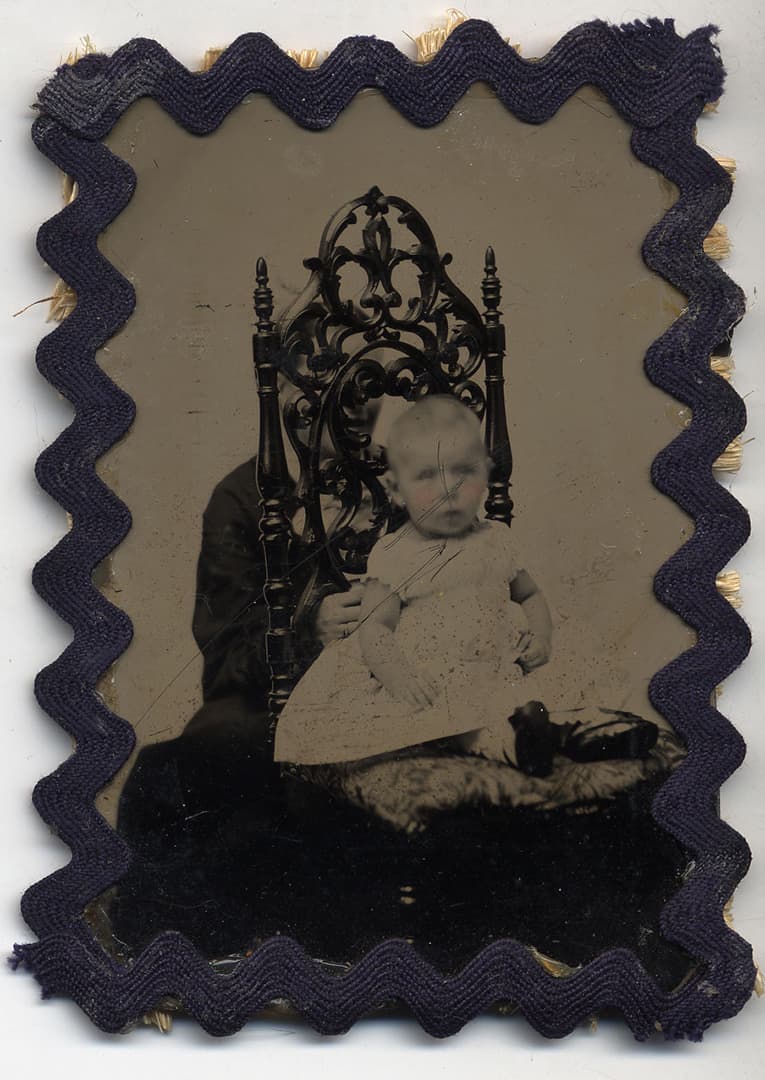 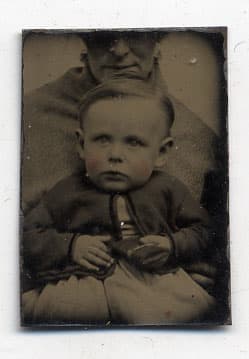 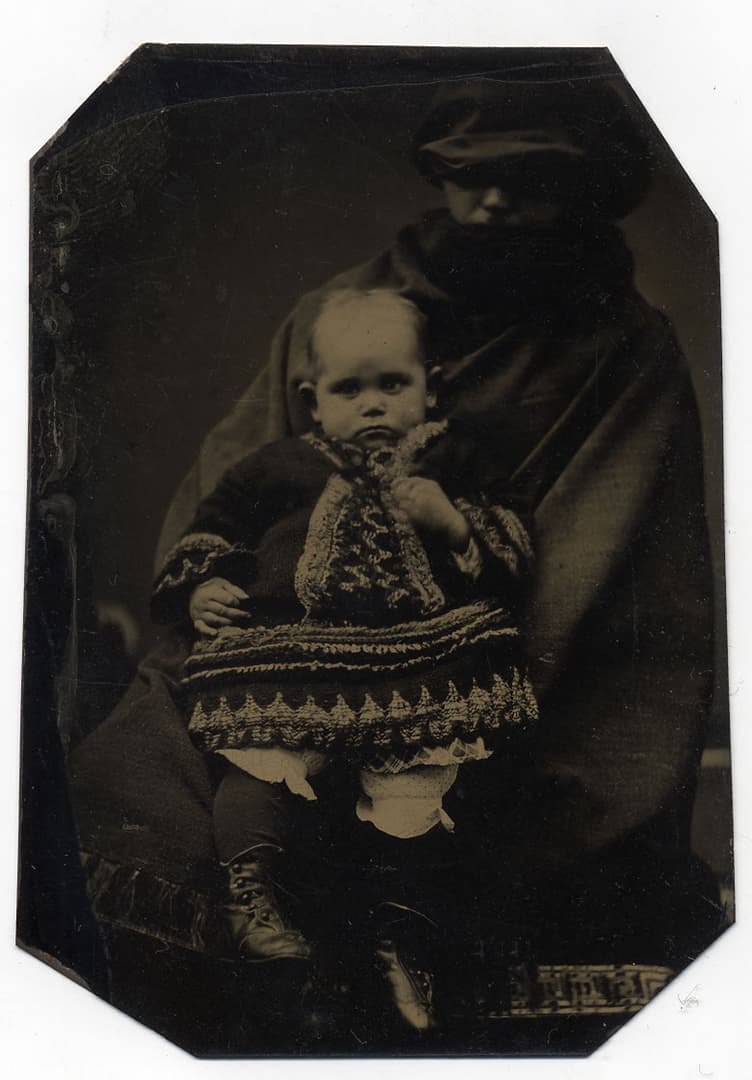 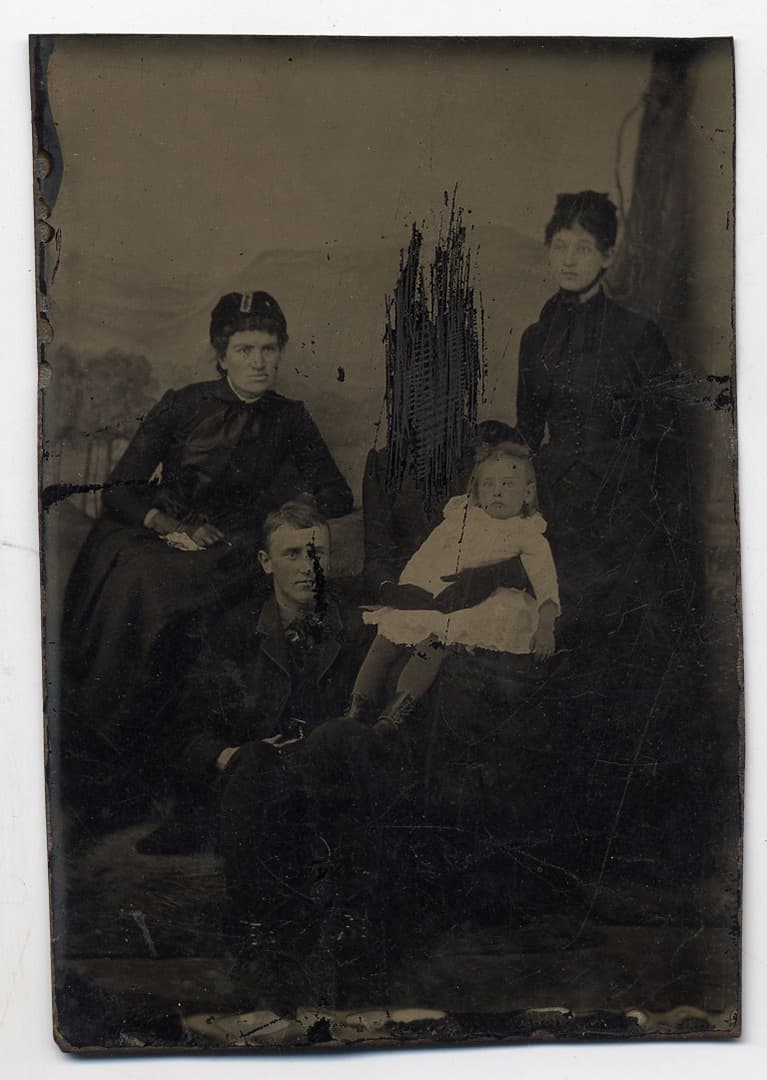 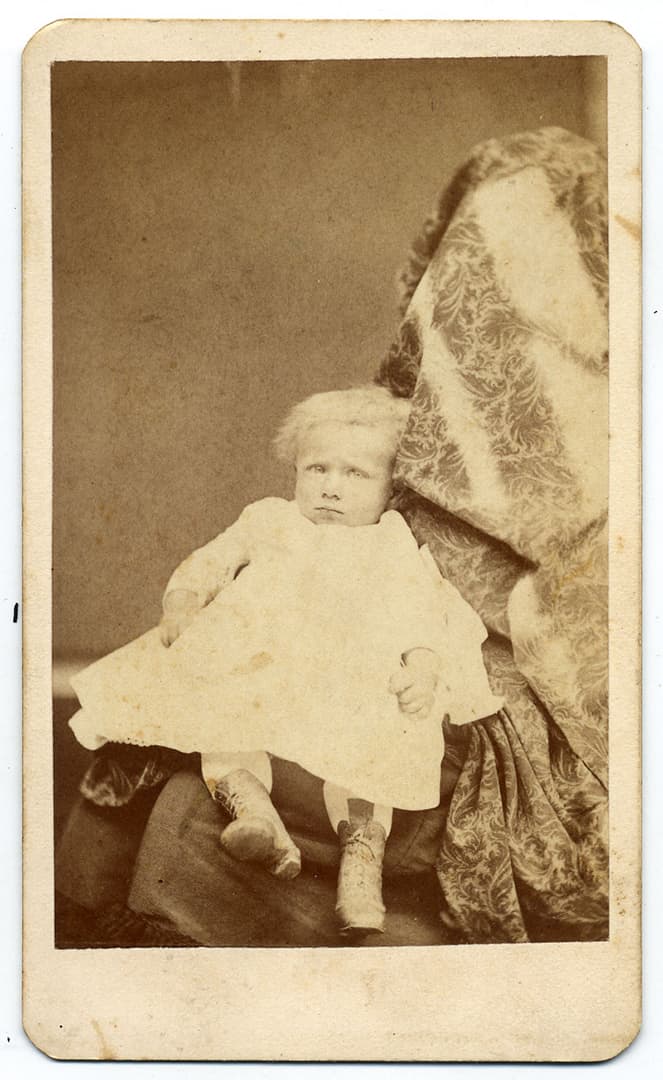 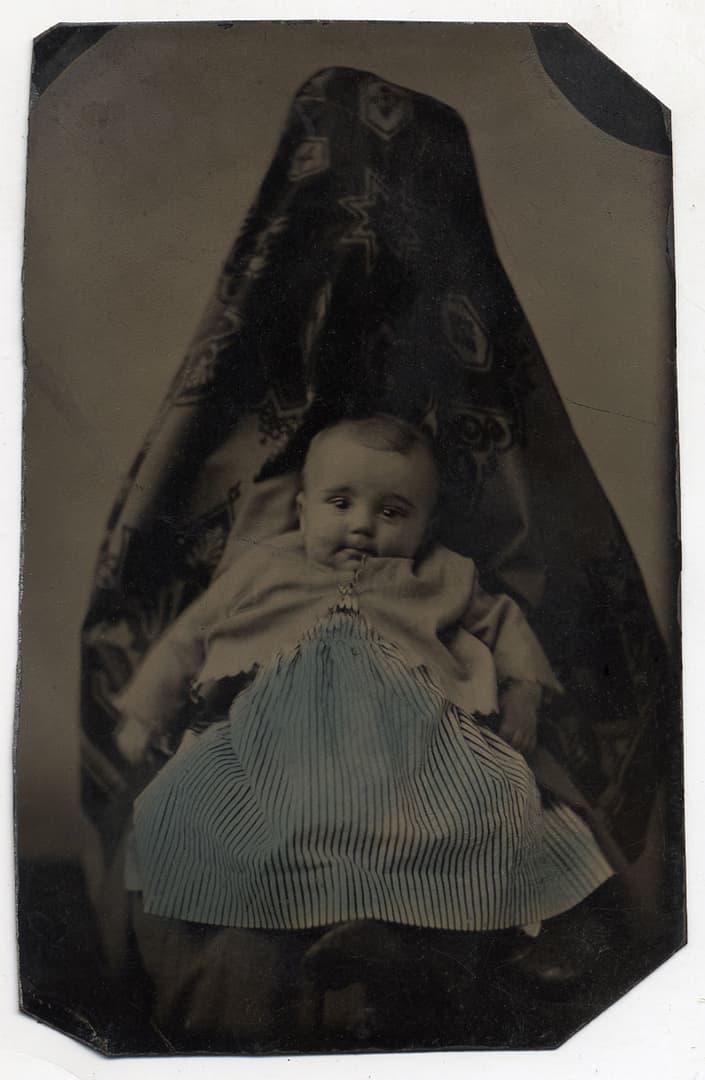 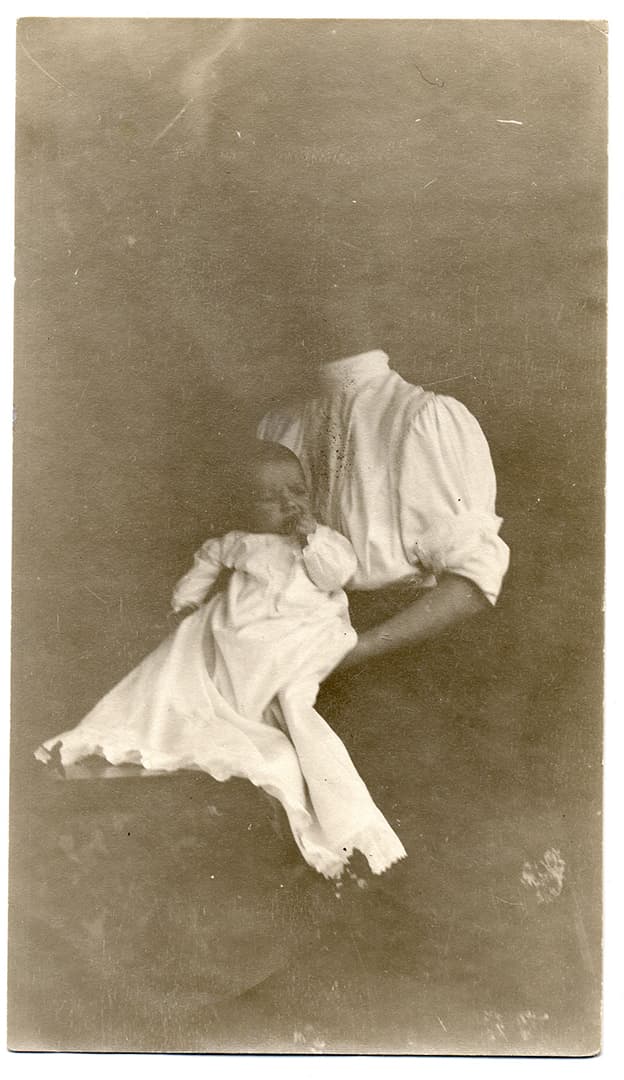 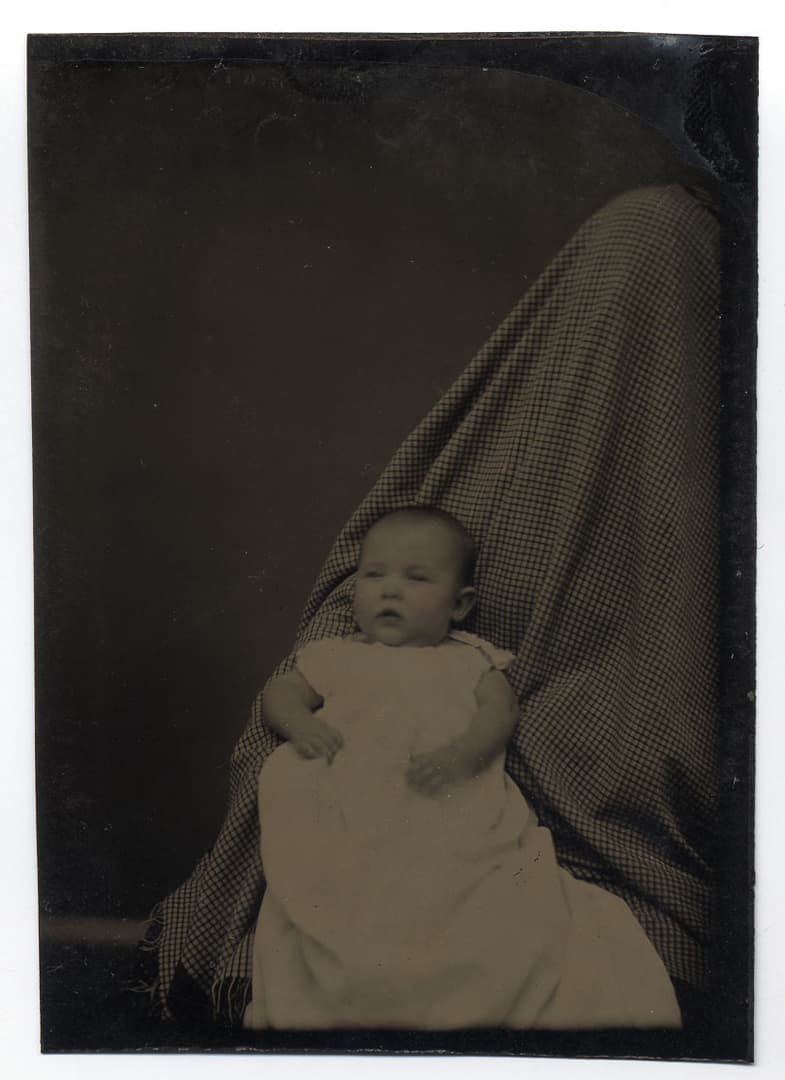 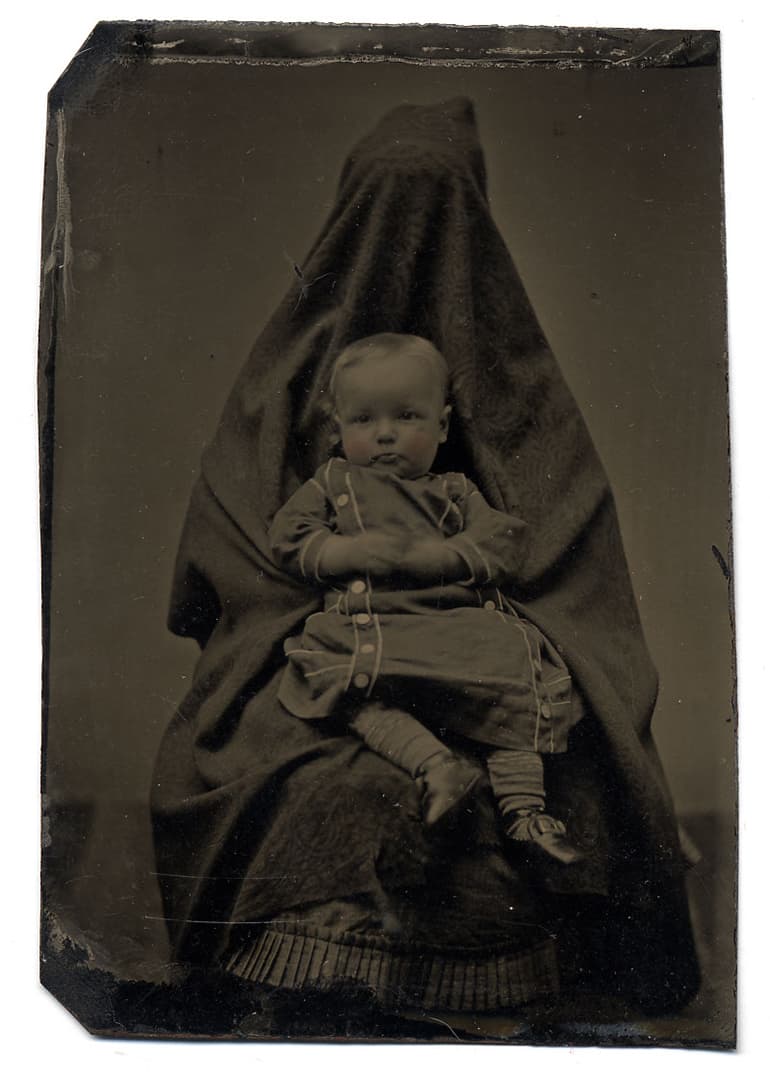 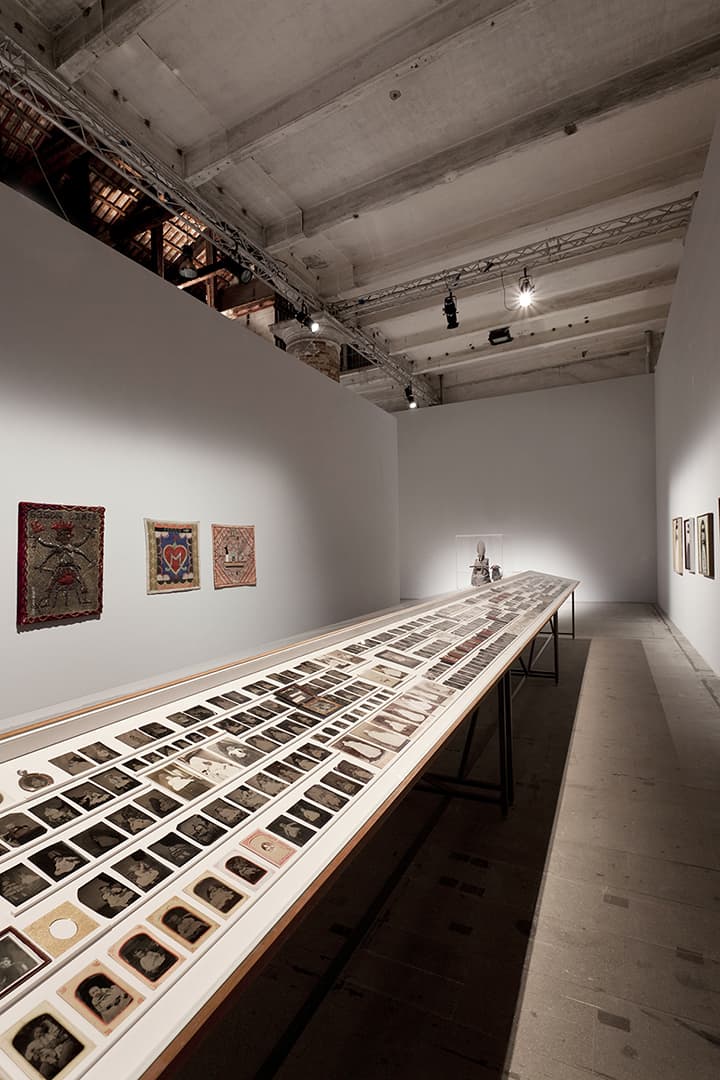 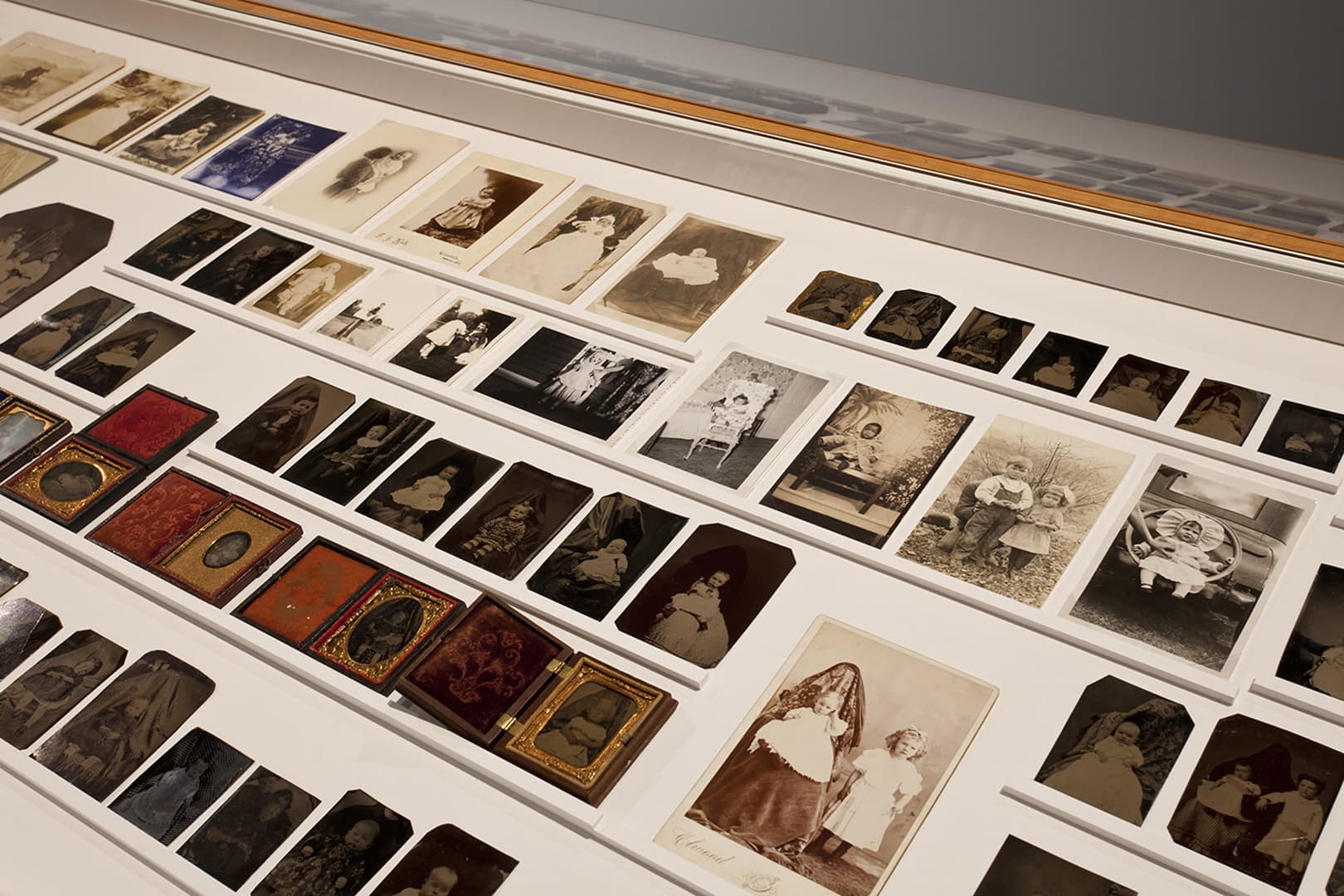 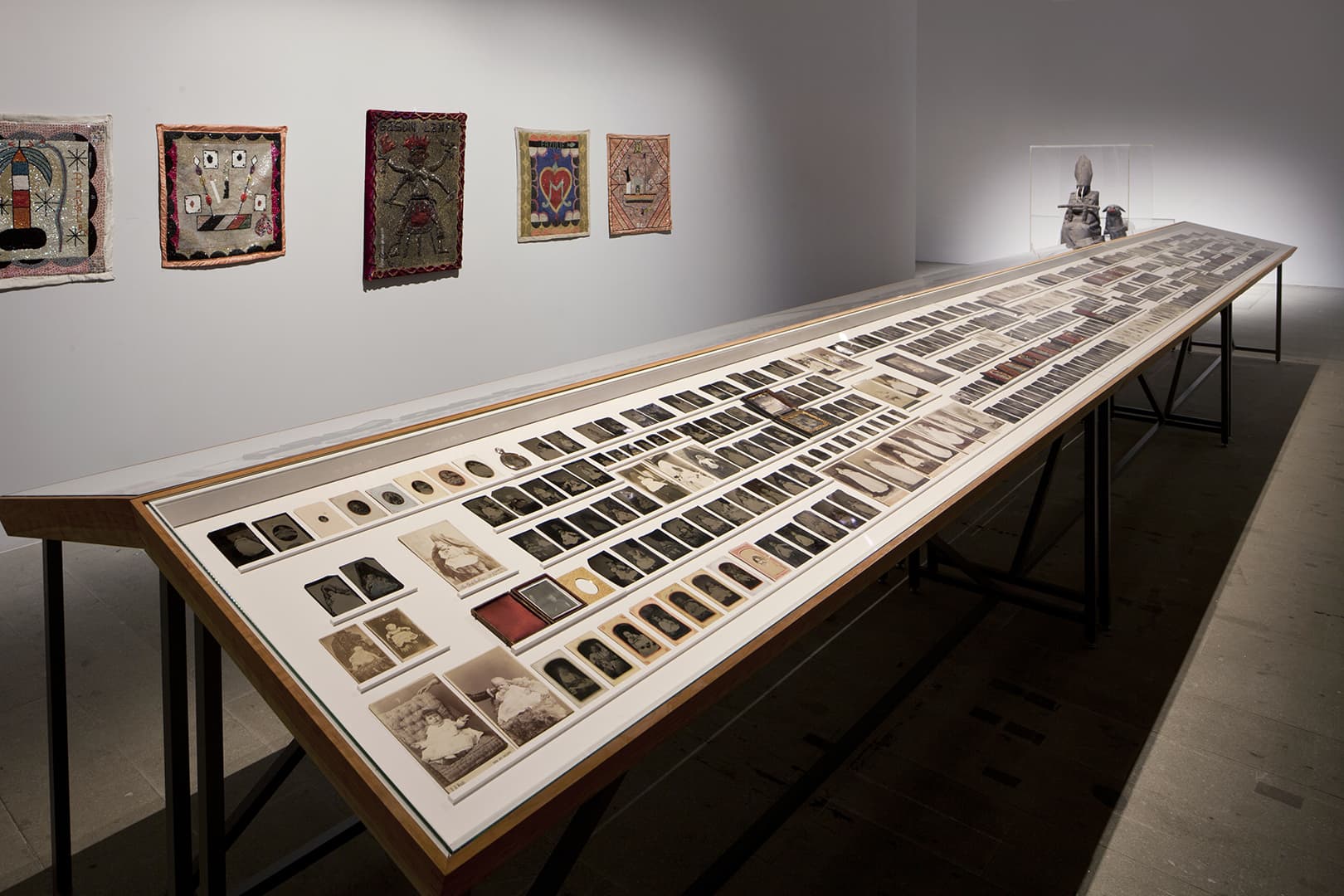 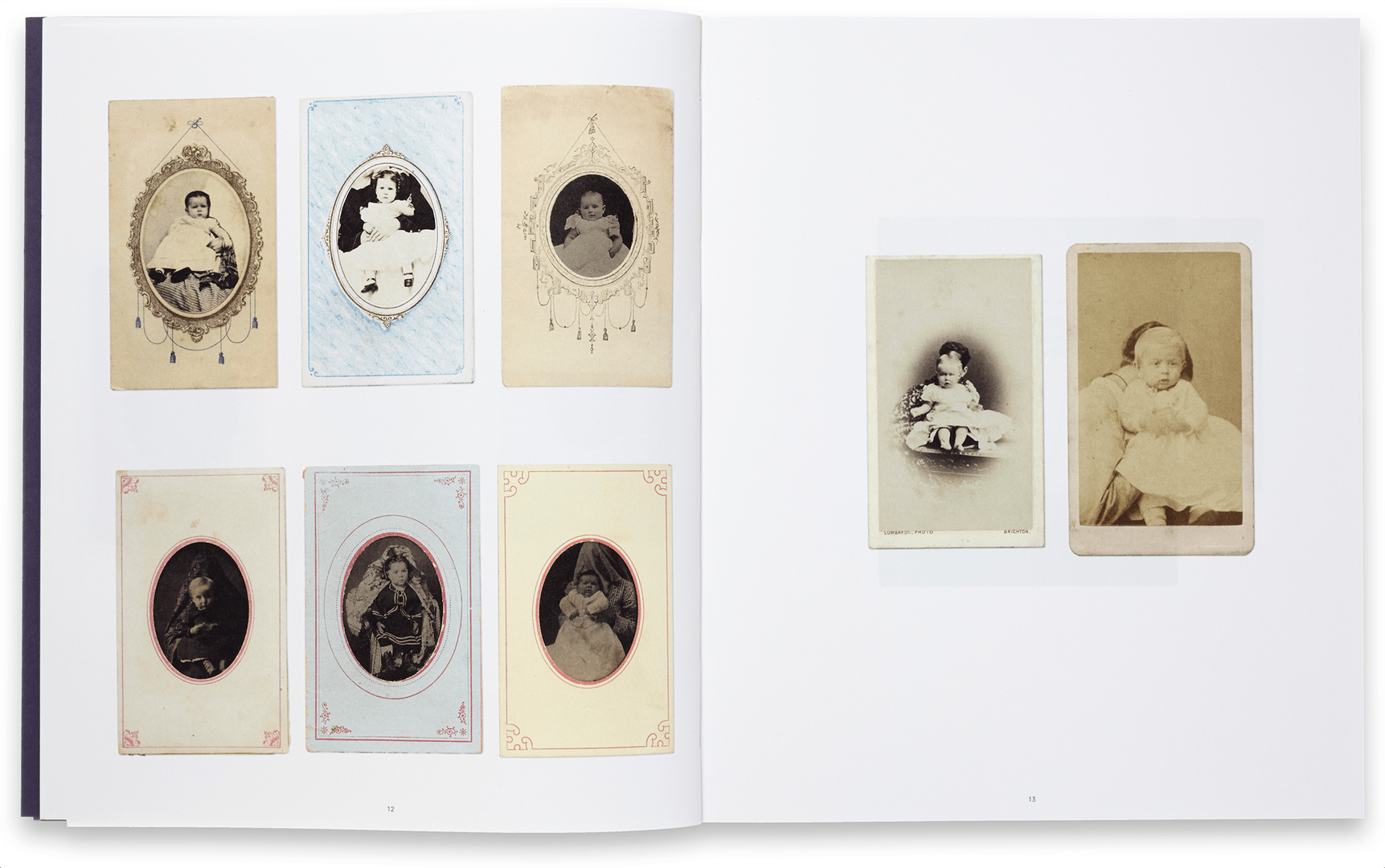 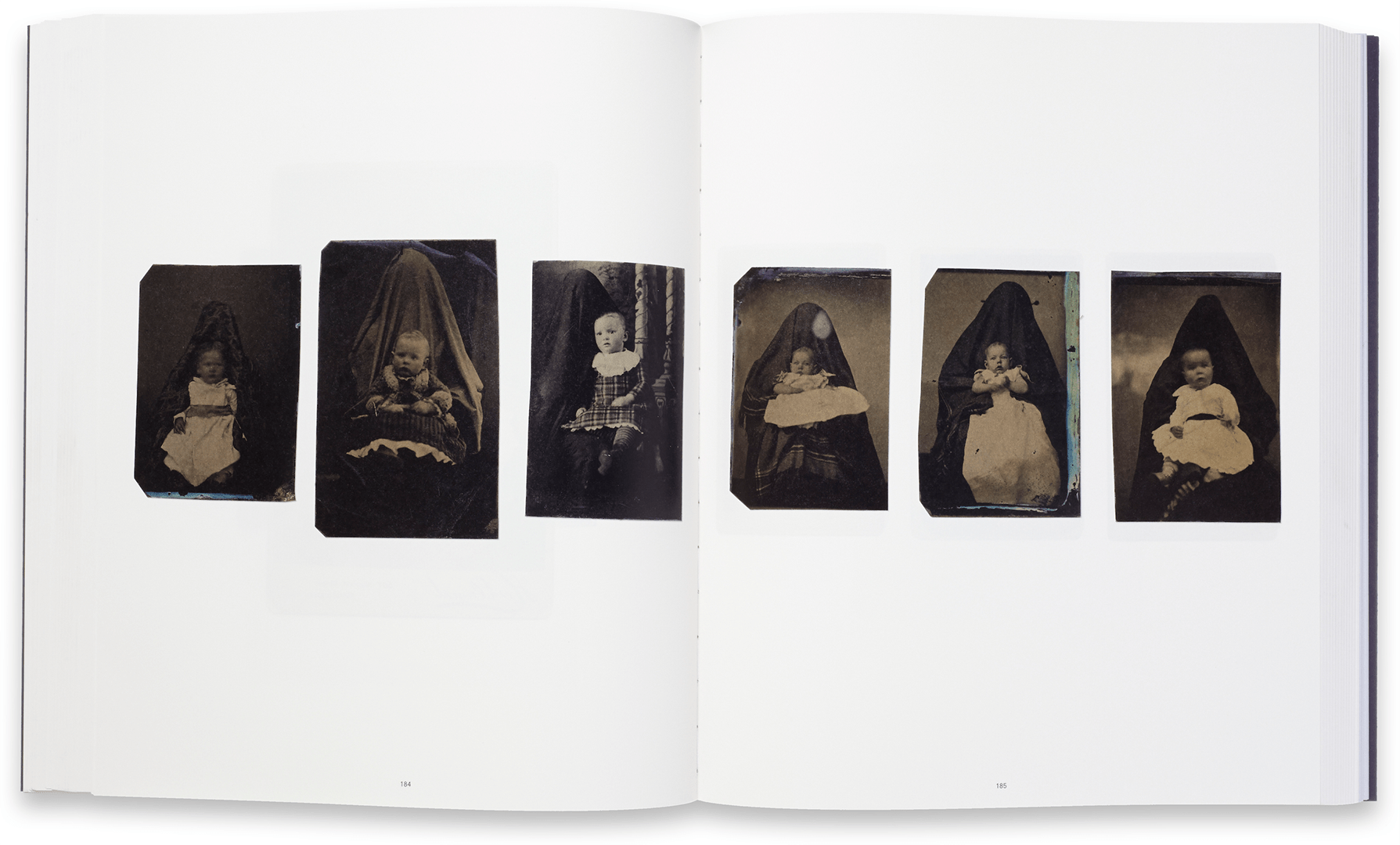 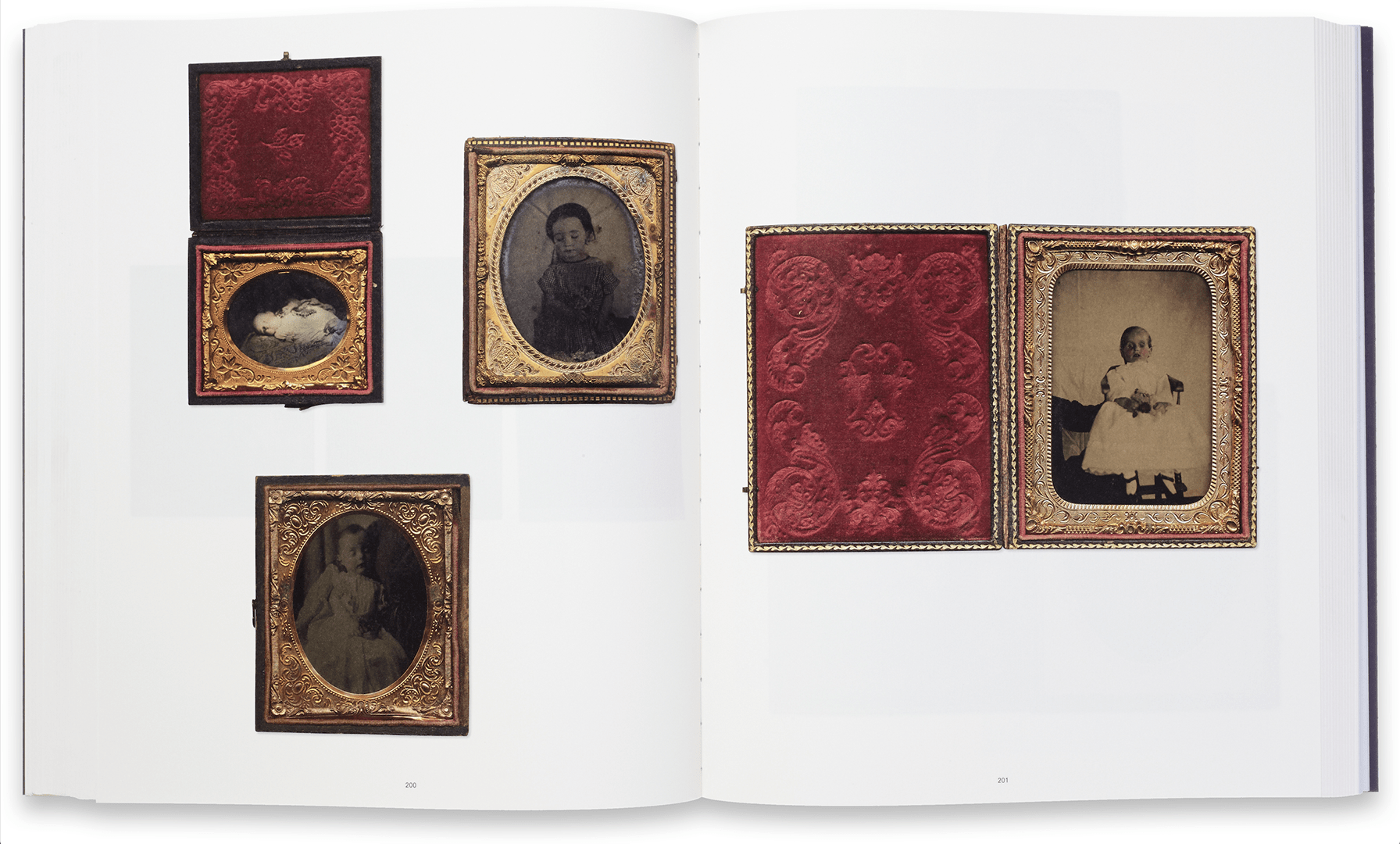 This body of images gathers more than 1000 original images of babies held by a "hidden" figure in background. The pictures, stemming from the 1850s to the 1930s and mostly from north-eastern America, were shot by anonymous authors, now lost in time.

I turned my studio from a site of production into a site of reception and cataloguing, aiming to introduce an idea of overlap between art, visual studies, curatorial practices and collecting.

During the years of retrieval of the photographic material, I tried to constitute the widest gathering of samples that bear this peculiar unconscious collective iconography.

The ways in which a collection itself can be authorized and the procedure of introducing objects once excluded from the art museum pose further zones of ambiguity that are among the main features of my artistic practice.
In order to get a picture of the child alone, the presence of the mothers in the portraits of children was at that age a necessity, the photographic pose being too long and the baby needing help to sit motionless in front of the camera. Though trying to "disappear" enacting different tricks or disguises, the mothers entered the frame in different ways, in some cases unintentionally, letting a hand creeping from the side of the frame, or intentionally, hiding under cloths or behind chairs.

In a moment when photography was an absolute novelty and people were not used to look at images, that "hidden" figure was just invisible. Yet today, what is hidden to the viewer is what makes this photographs so intriguing, and the uncanny atmosphere in the images rise questions as we look at them with a contemporary perspective.

This work is a personal inquiry made upon coincidences and correspondences, a sort of parallel historiography traced on personal clues.

The whole archive of images, unique in its genre, is a work-in-progress that cannot be dispersed nor divided.