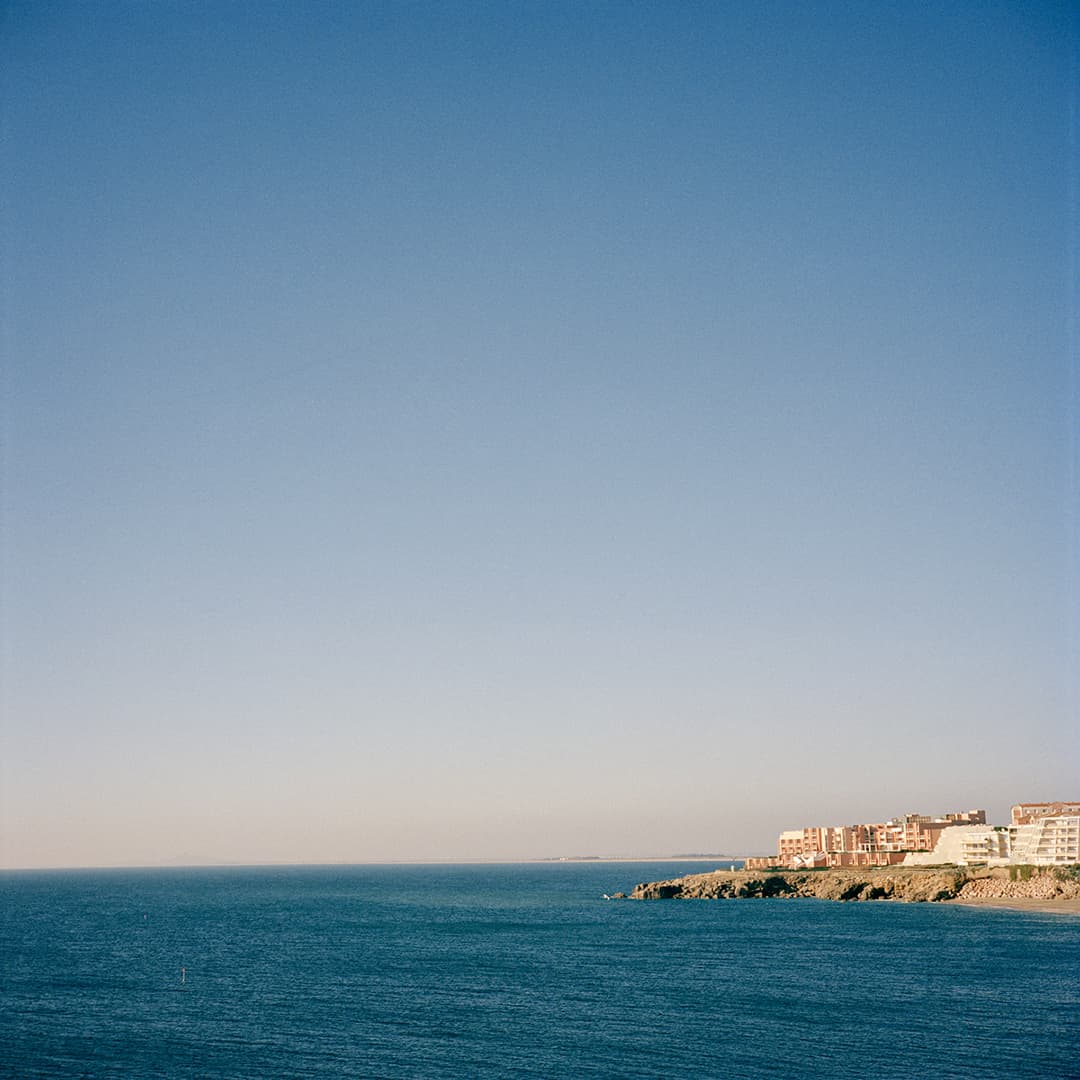 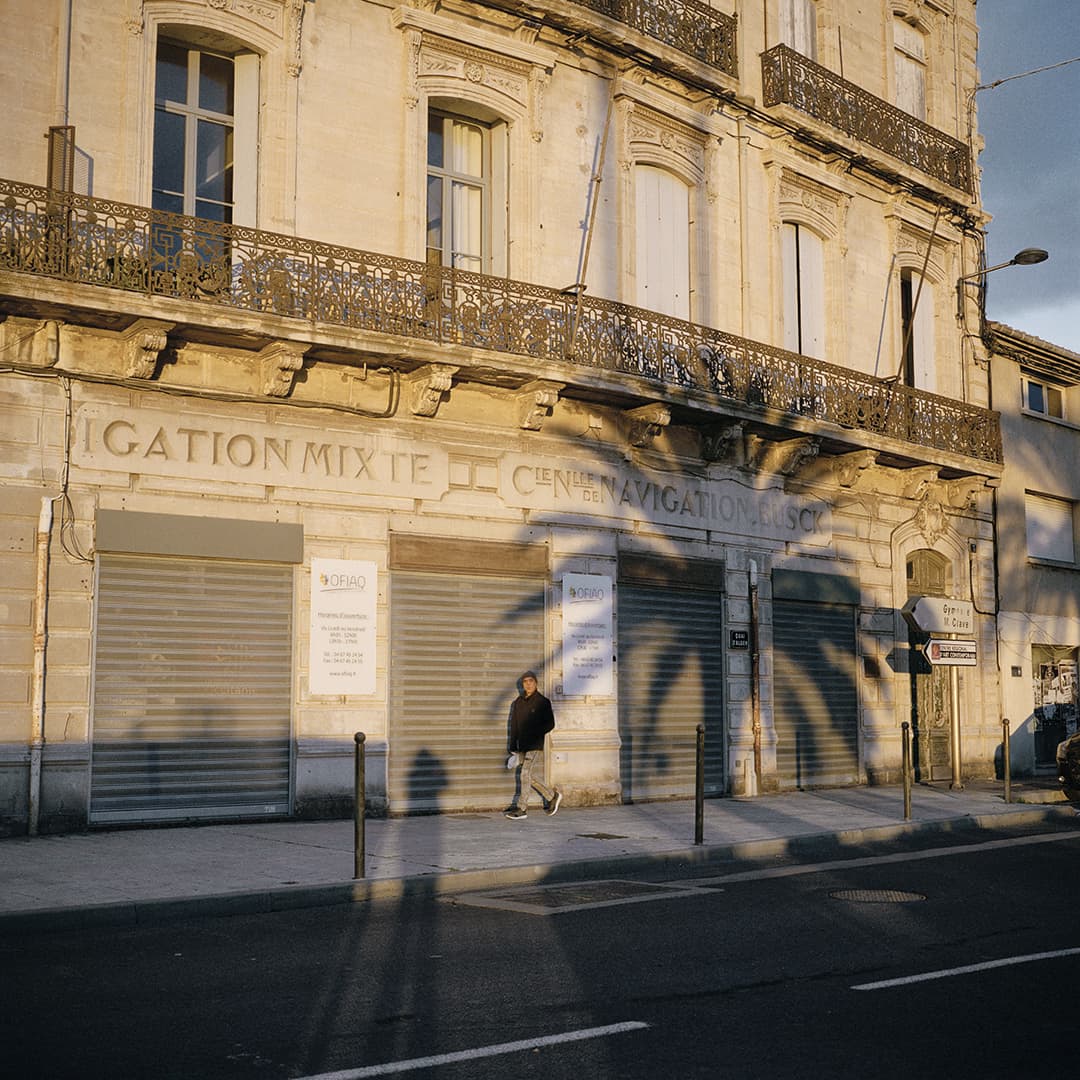 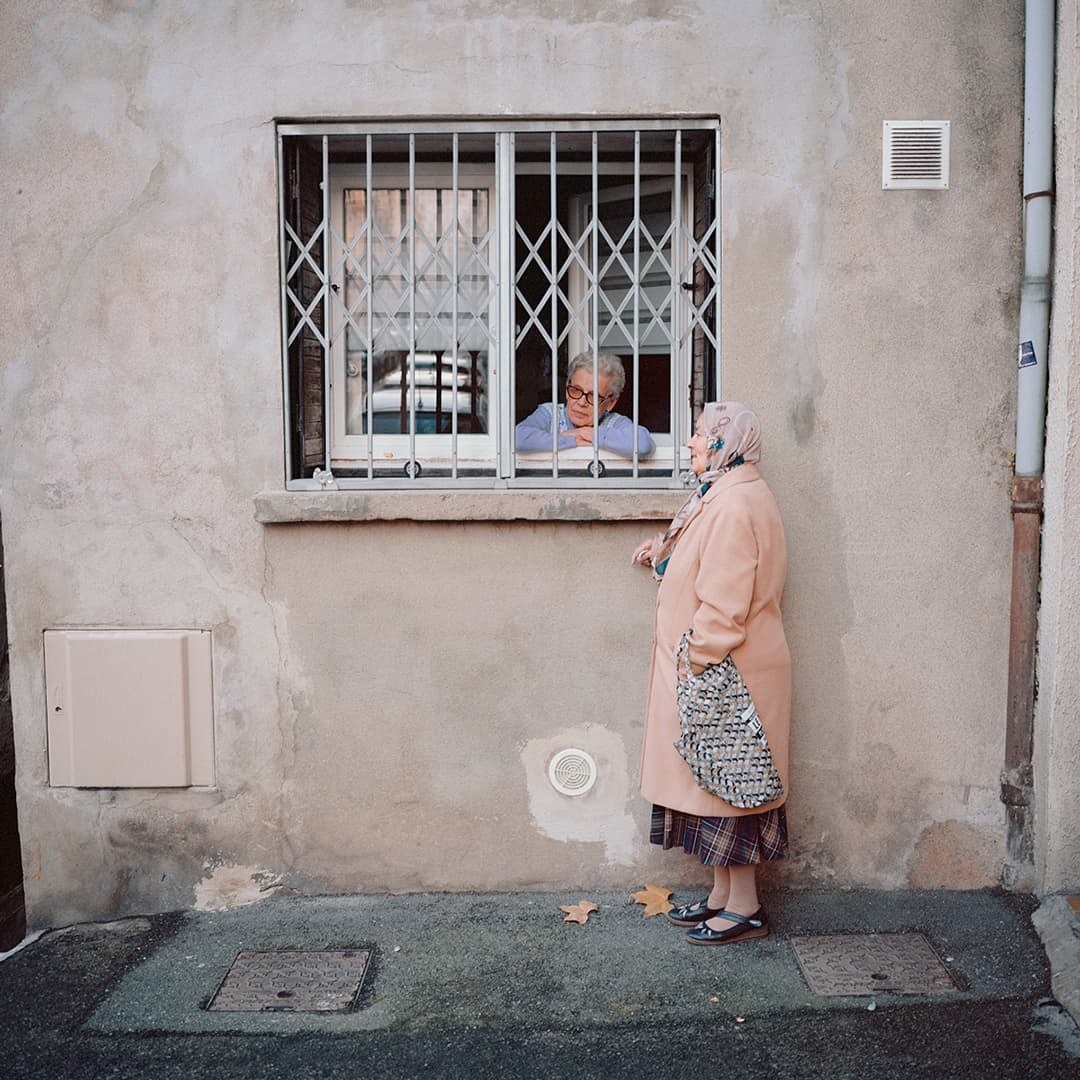 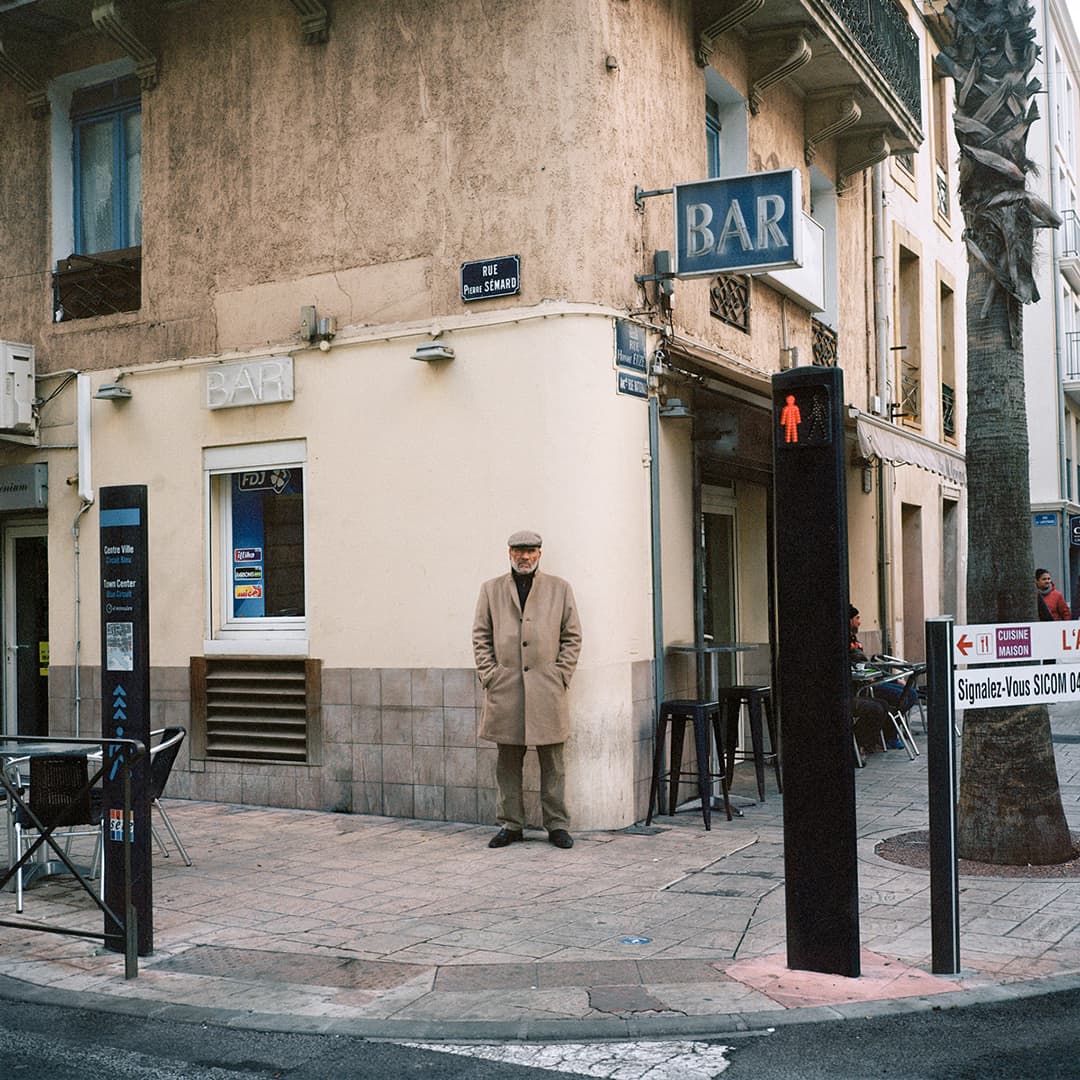 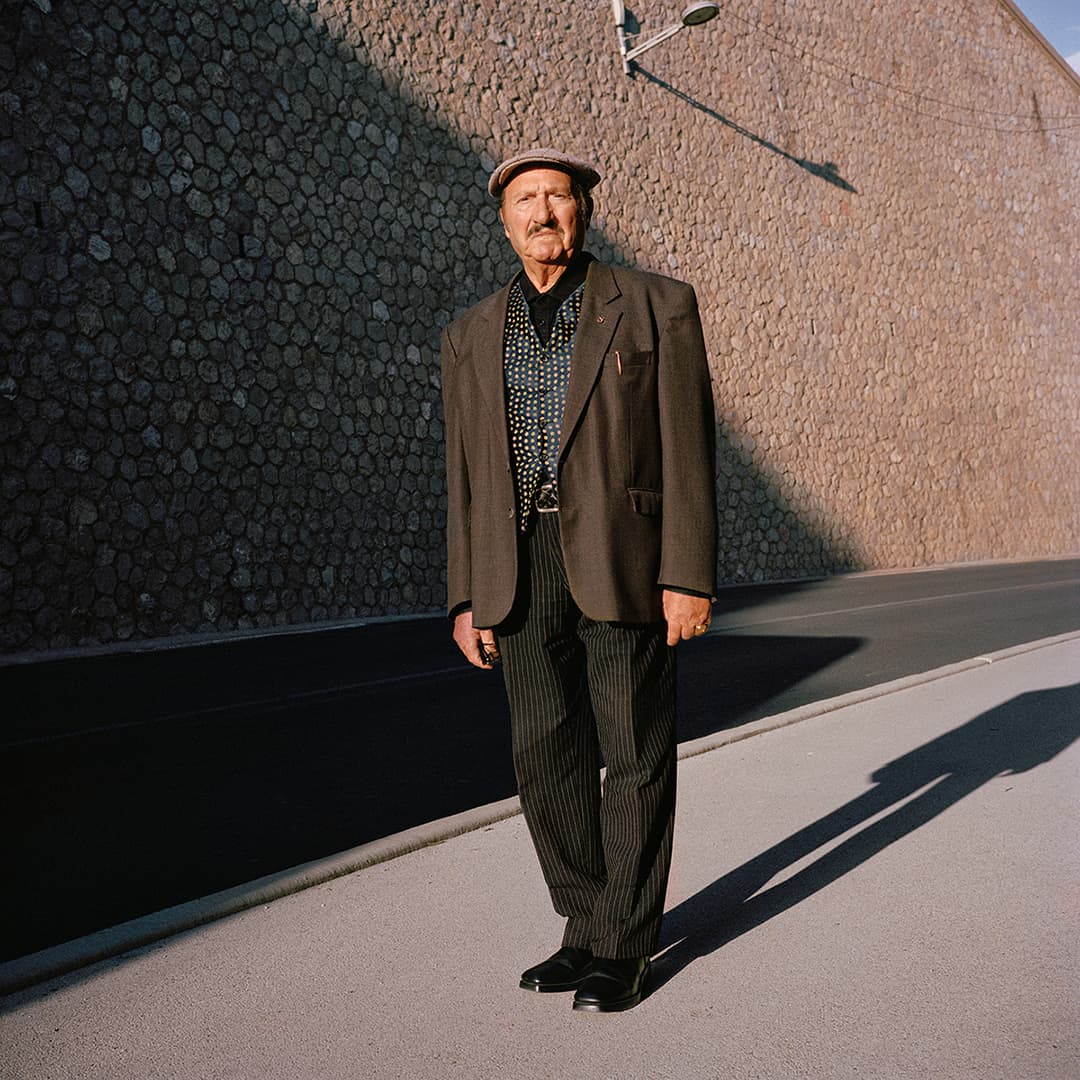 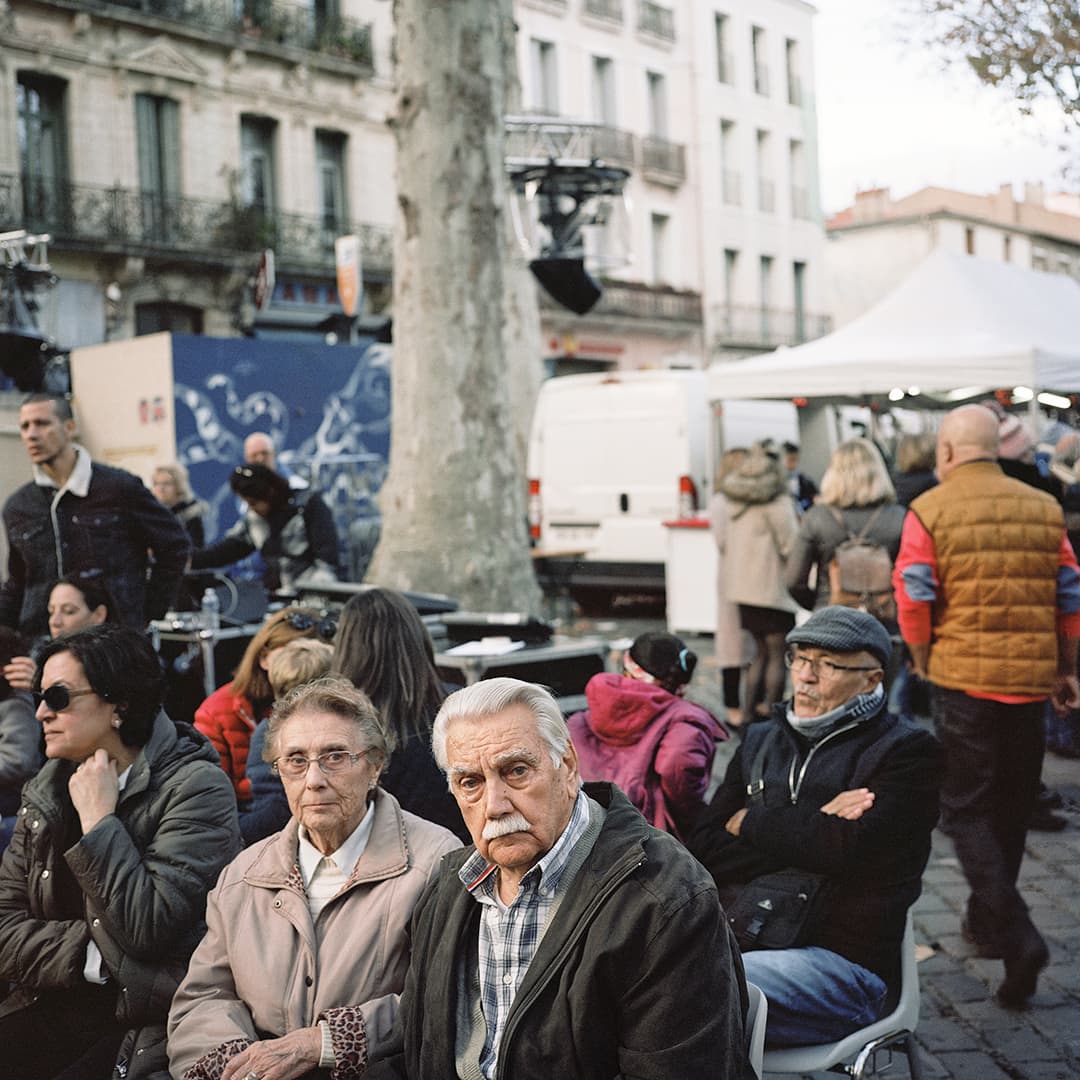 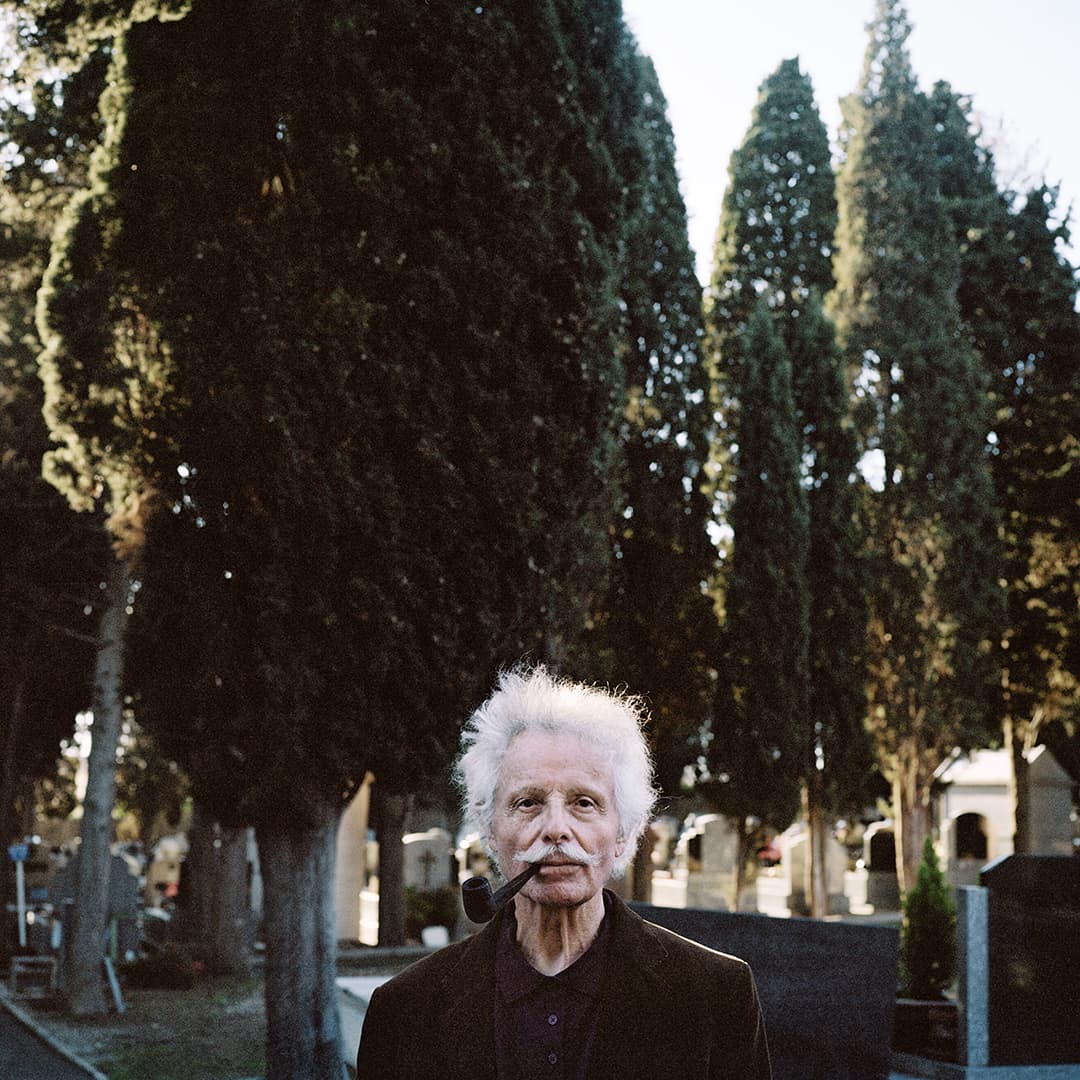 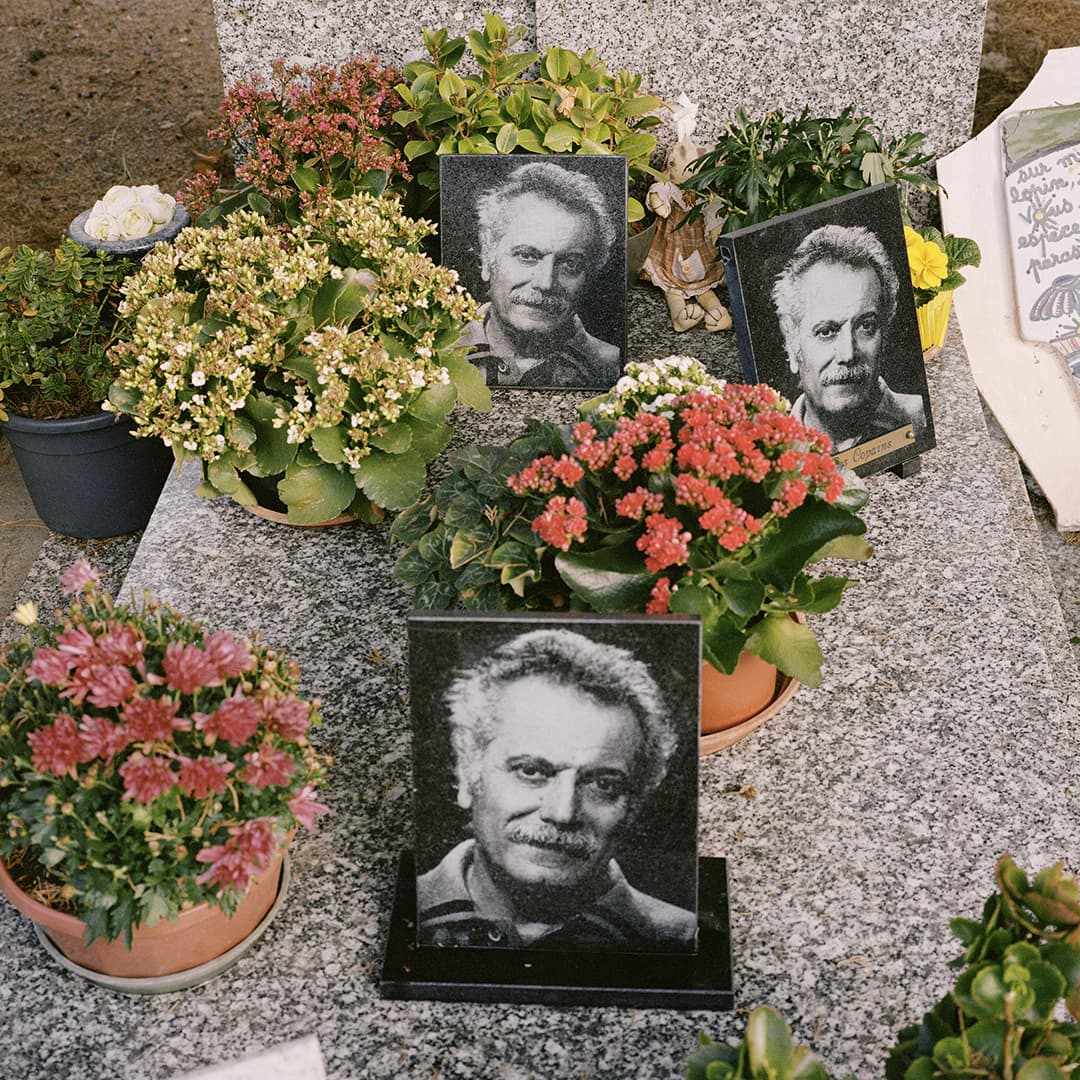 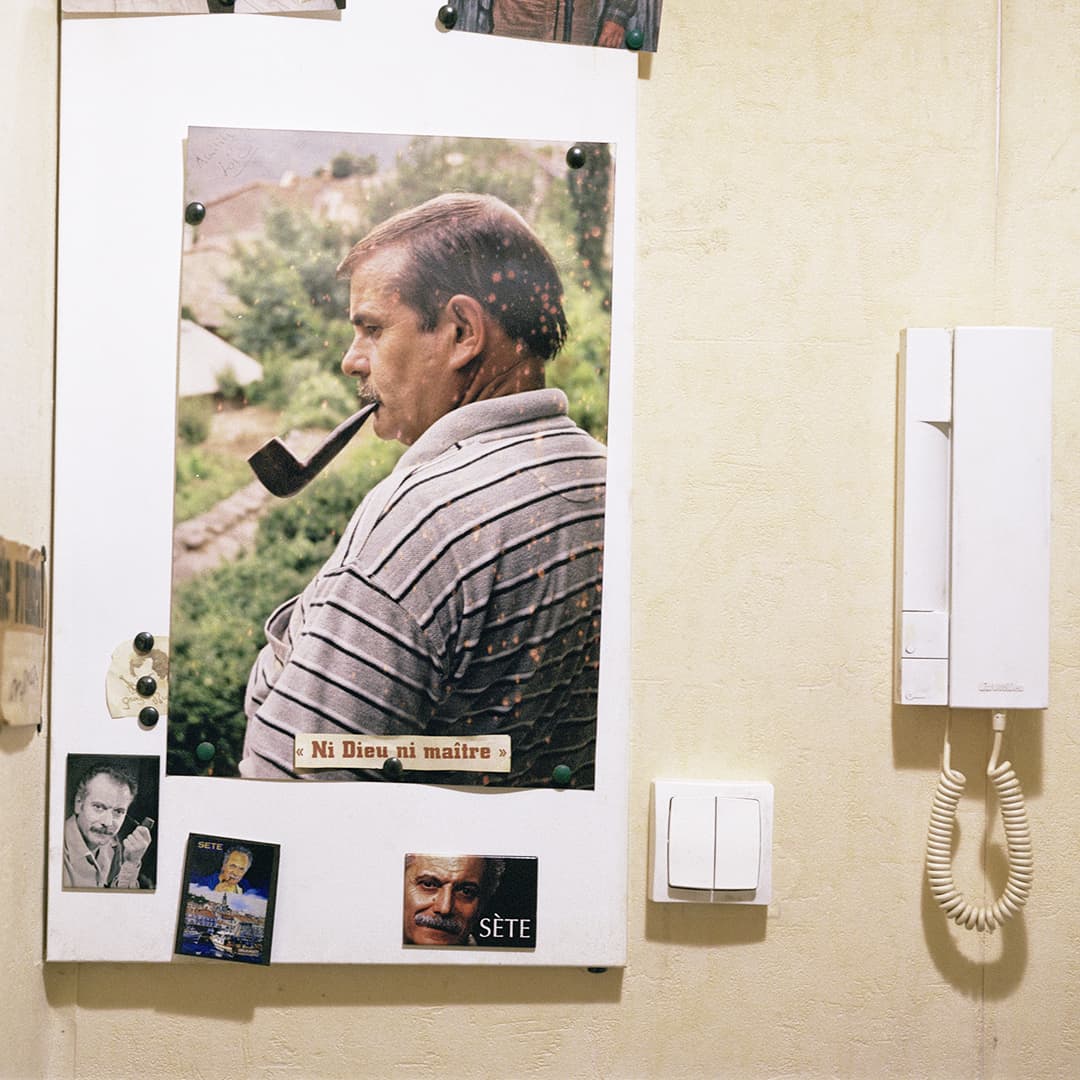 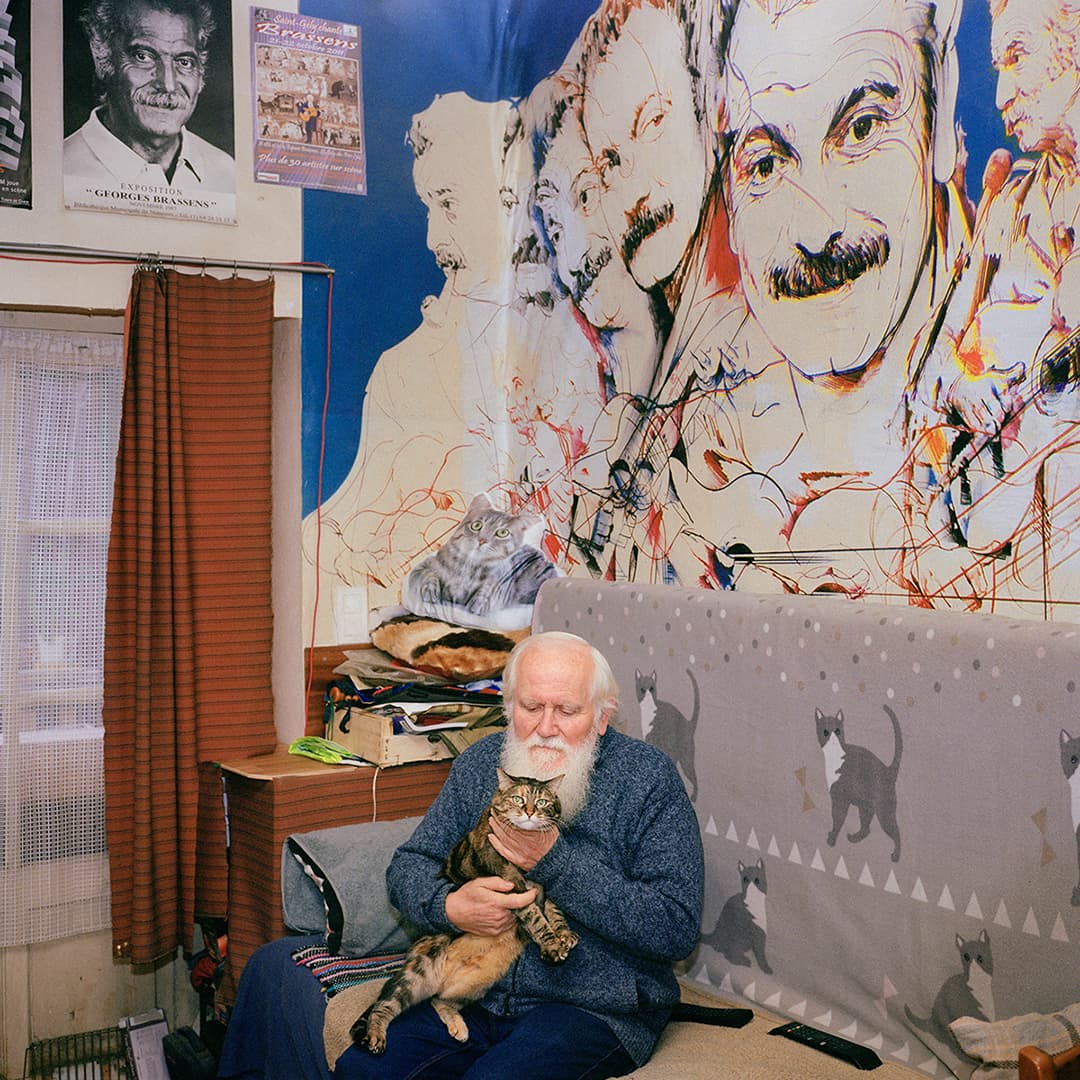 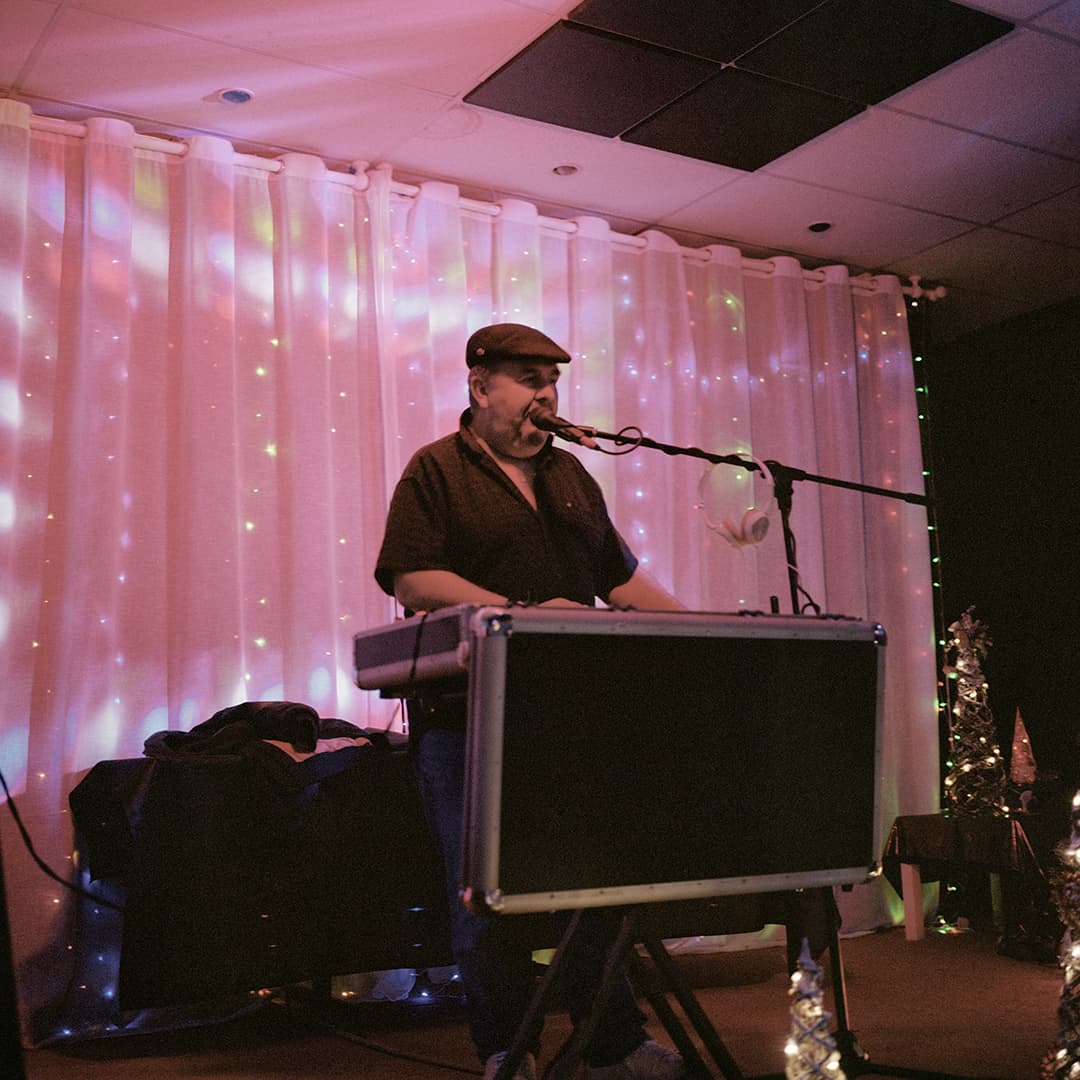 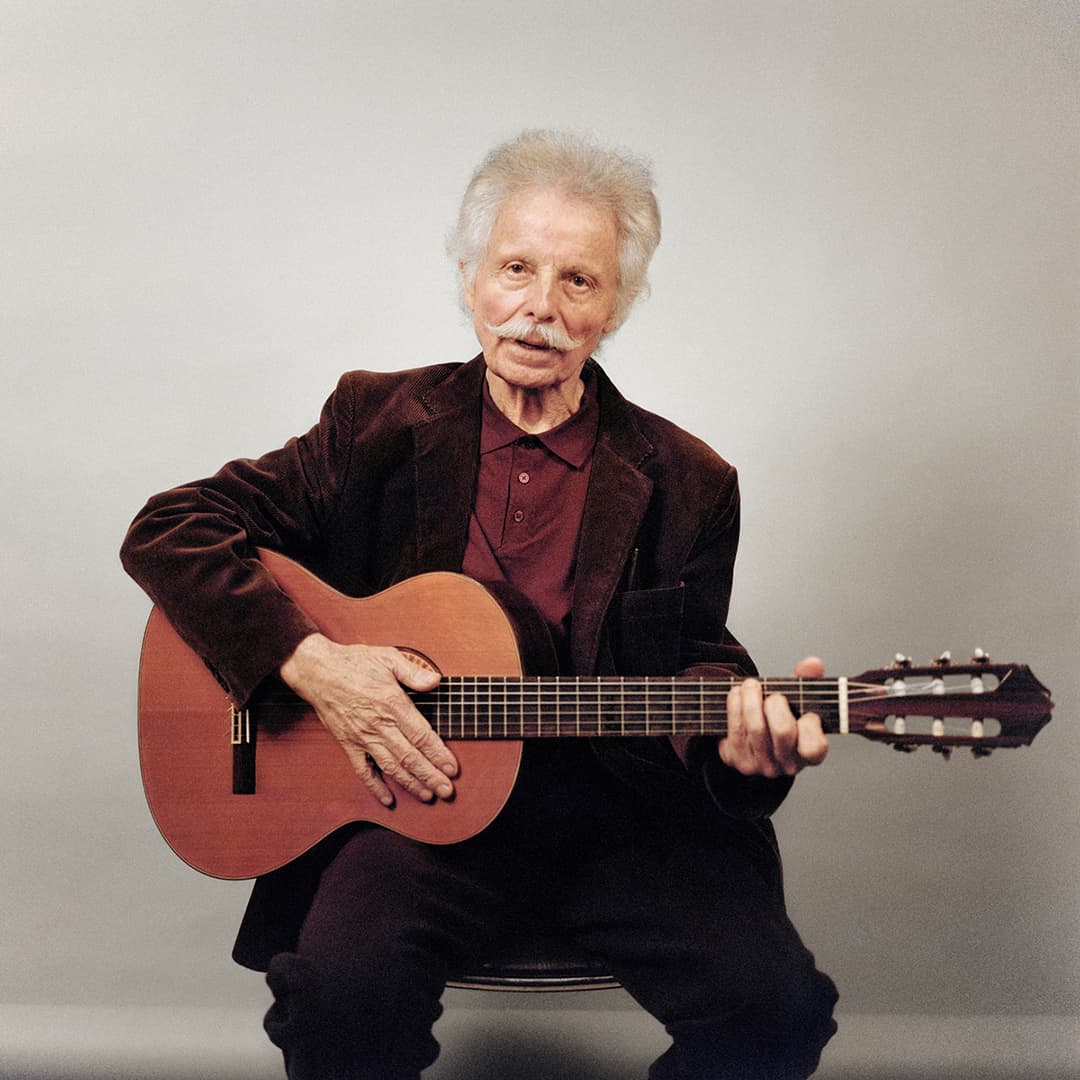 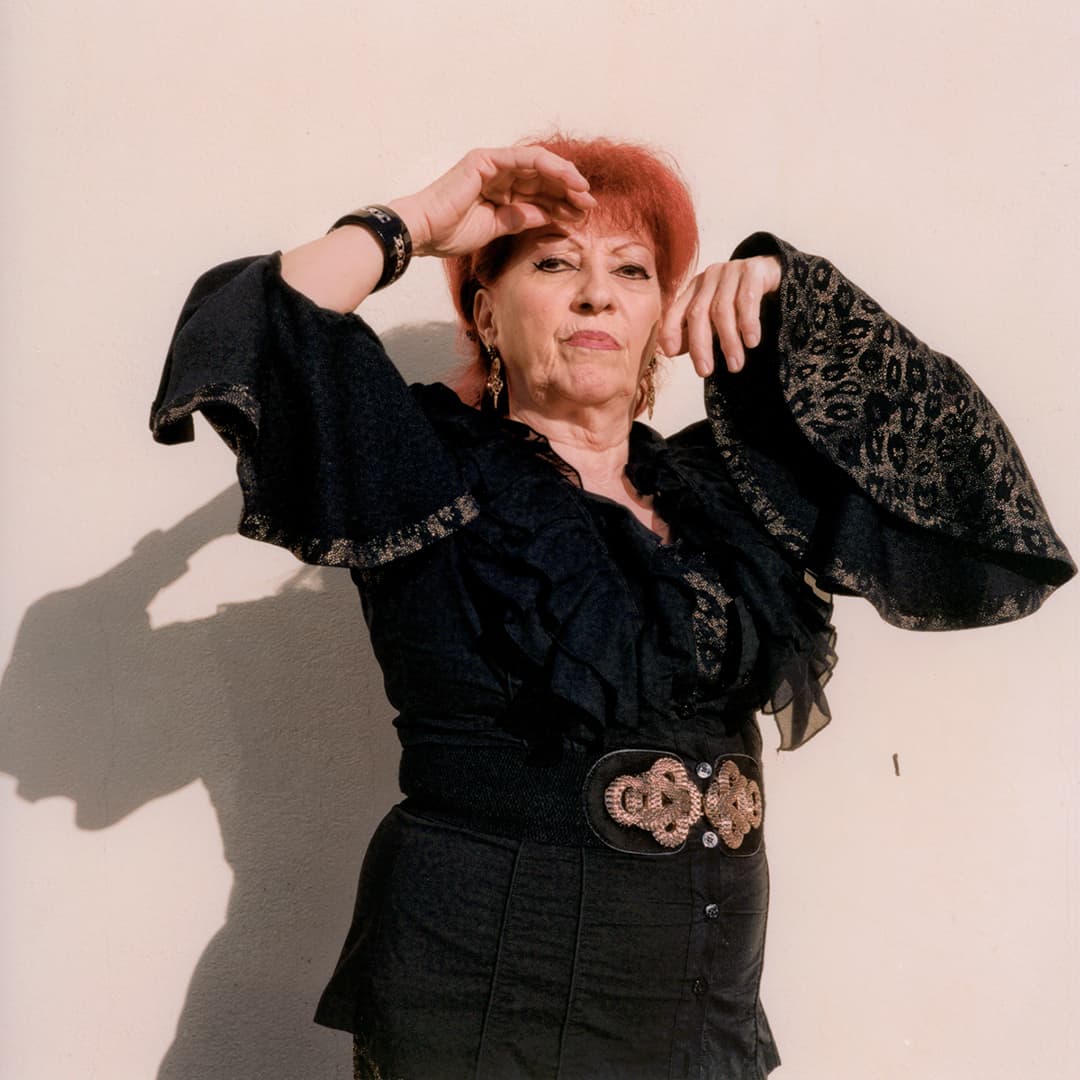 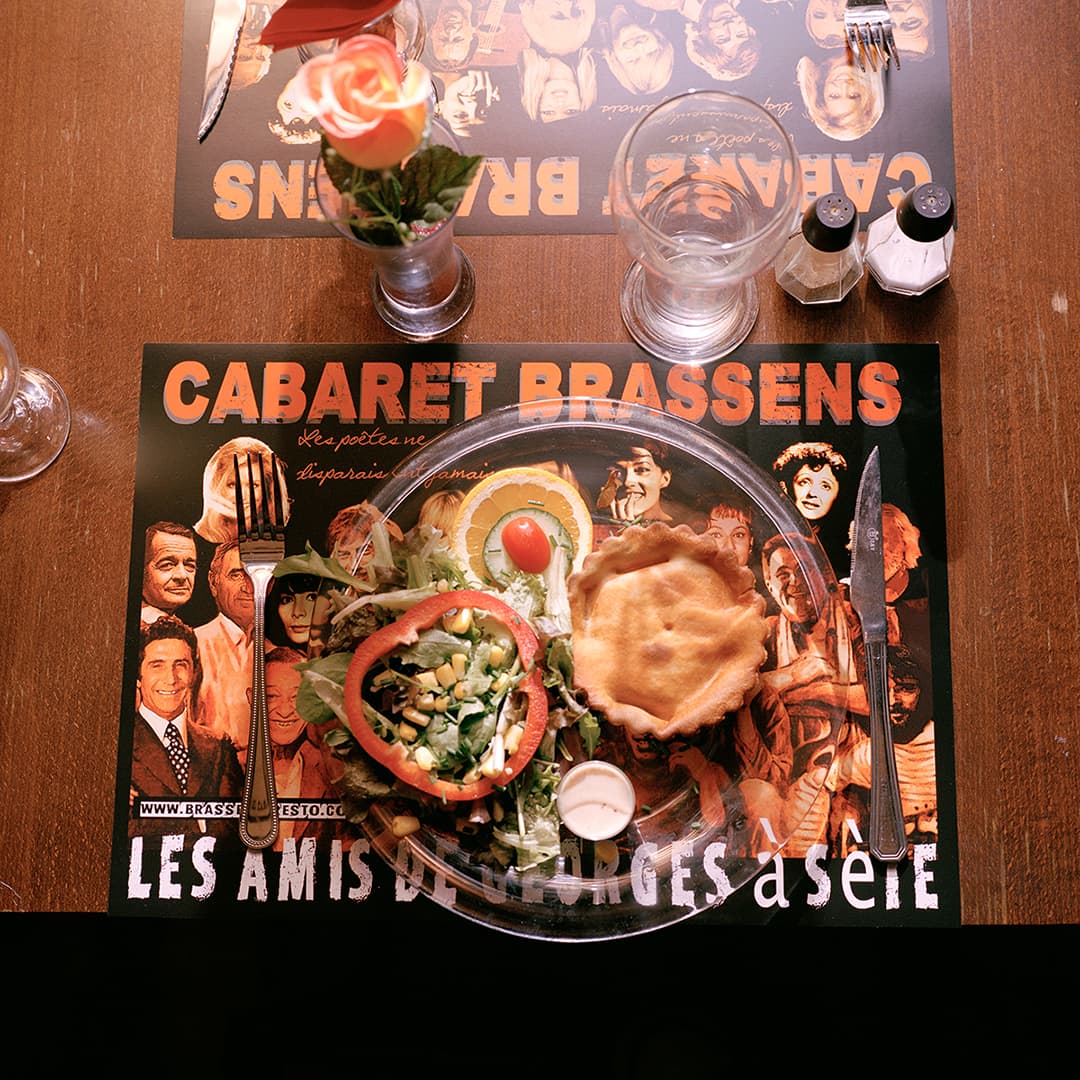 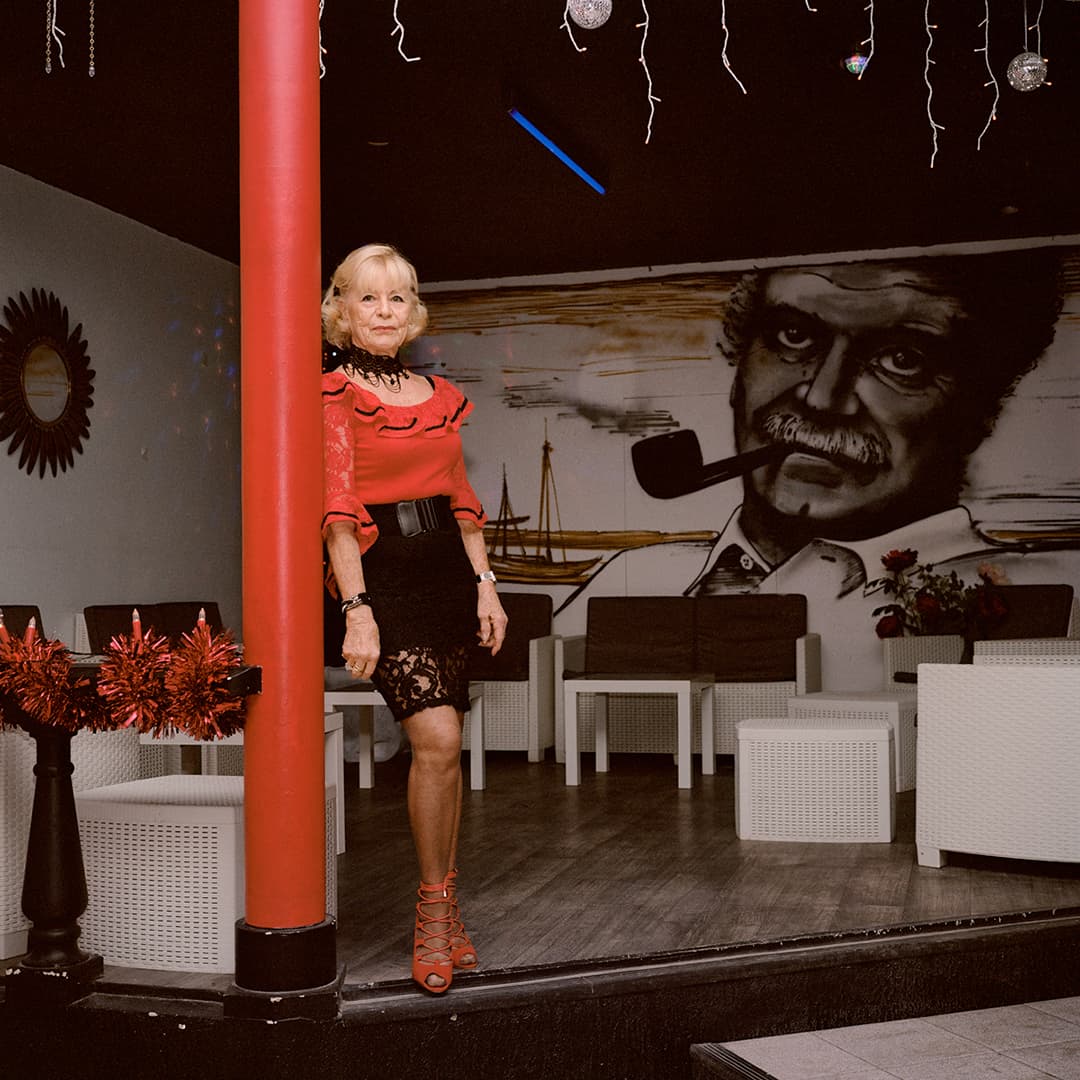 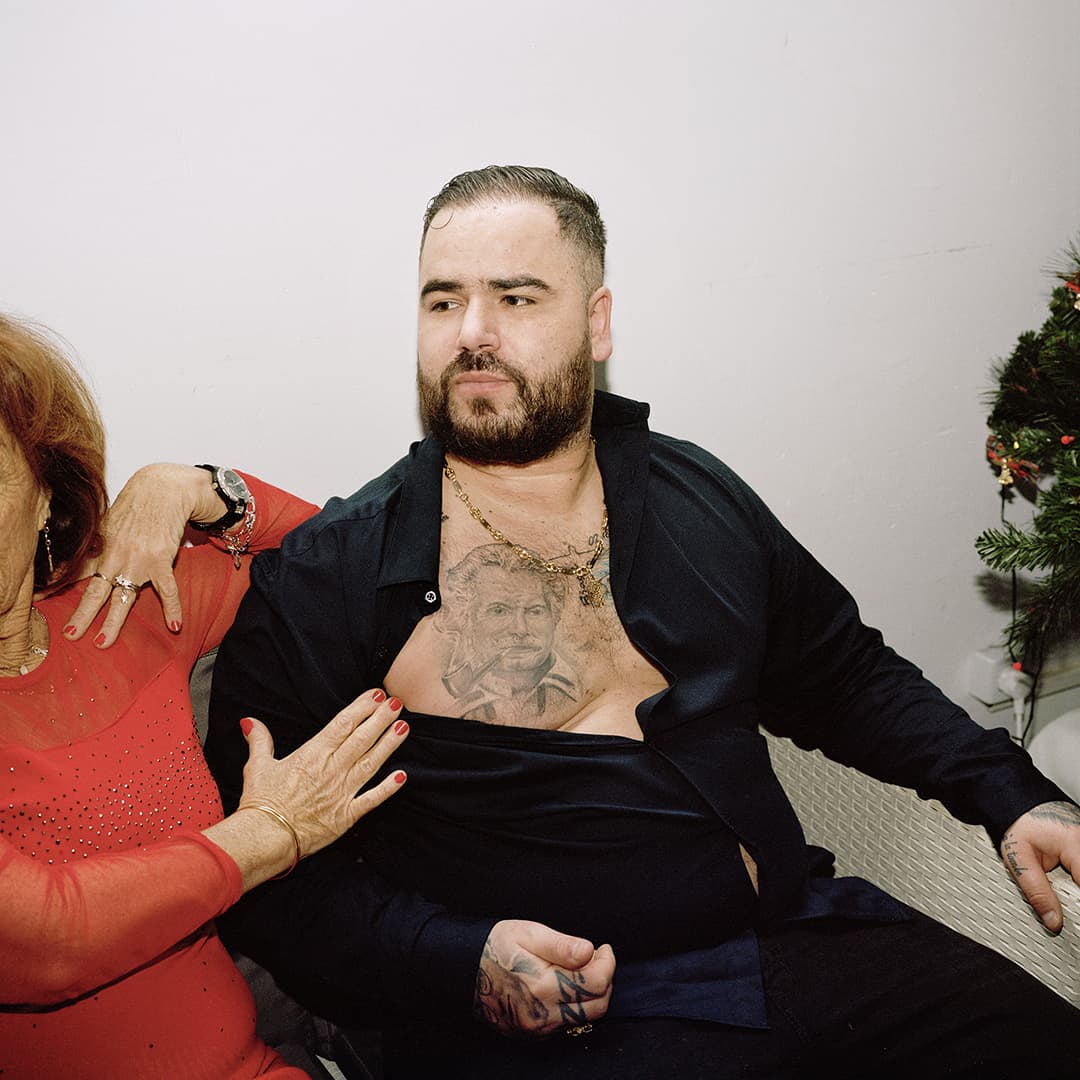 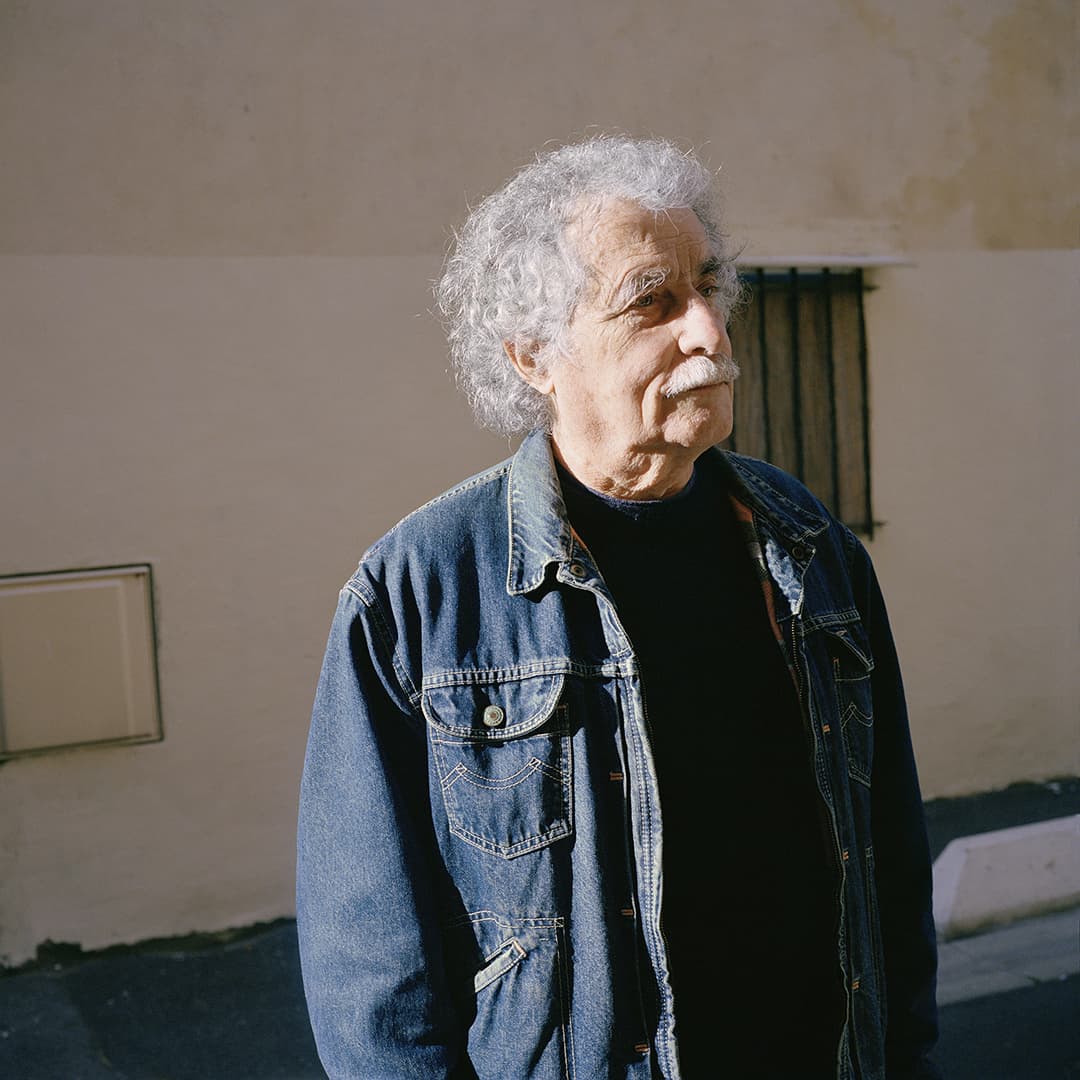 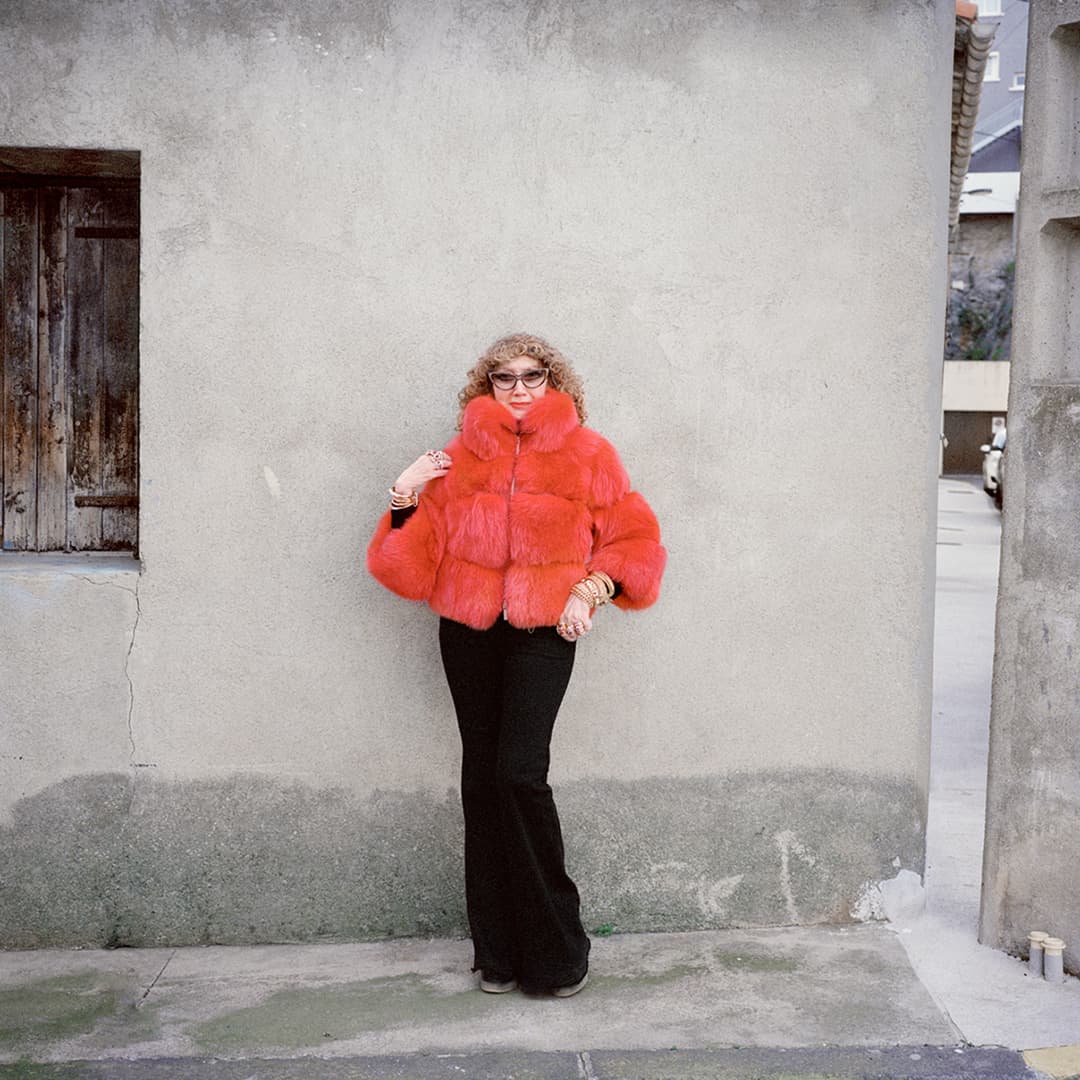 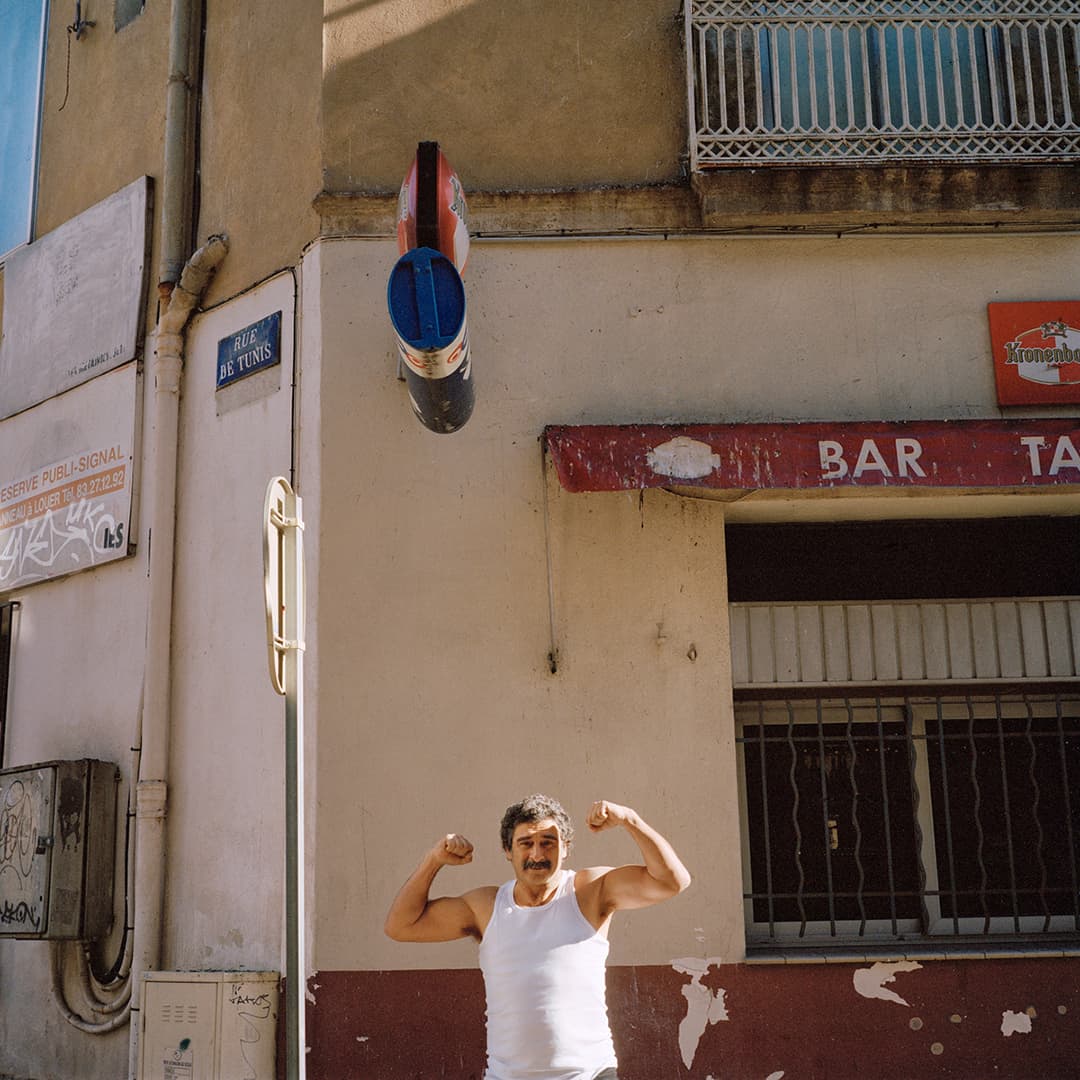 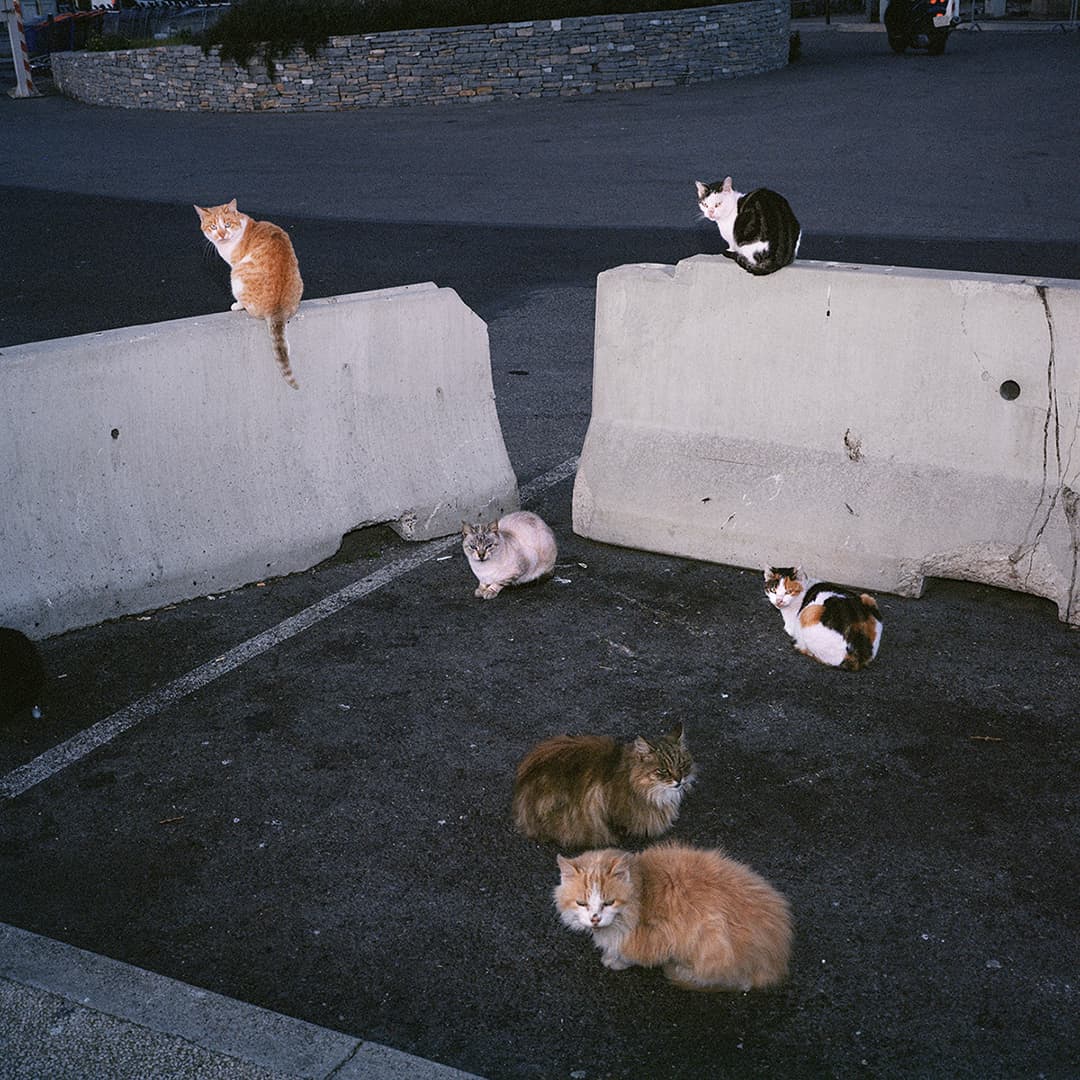 Each year the documentary photography Festival Images Singulières and the Maison de l'Image Documentaire (MID) choses a photographer to participate in a month long residency in the French city of Sète. For the twelfth edition of the festival, Clémentine Schneidermann was invited to capture the city.
Being Sète the hometown of famous French singer and poet Georges Brassens, Schneidermann approached the residency as an opportunity to further explore her interest on the legacy and impact of musicians in popular culture. Through landscapes, portraits of strangers and subtle references to Brassens' lyrics and life the photographer creates an interpretation of place where the real and the fantastic merge.
Born in 1921, Brassens left behind a legacy of politically engaged songs. He died in 1981. 2021 would have been the year of his centenary.

Come near, you whose eyes sparkle bright
This first verse from The Legend of the Nun, written by Victor Hugo in 1828 and recorded by Georges Brassens in 1956, is an order to which many photographers could subscribe as they too address it, in their own way, to all who look at their pictures, and more generally to all who are convinced that seeing is essential. This could be a sort of guide for Clémentine Schneidermann, who, following in the footsteps of twelve other photographers, has immersed herself in the Sète region, to meet people and characters, spaces and lights. And cats too.
She did so with a sparkle in her eye, which, as usual, was careful to avoid categories, prac- tising a gentle and inquisitive form of documentary that verges on the staging of fashion, as well as sociology, or even ethnology, creating a tension that convinces us that the real – or what we consider as such – is an inexhaustible source of fictions.
Clémentine Schneidermann travelled through Sète and the surrounding towns in sunny weather, but did not insist on the warmth. Instead, she decided to use half-tones, at all levels, enabling her to present a comfortable and flexible vision. She does not describe; rather she takes us through ochre spaces, the angles of which are never too blunt and quietly await passers-by or, as they turn into decors, welcome characters. Real char- acters, often alone, who willingly pose – or even, make a show of themselves – or seem to pose as they stand so rigidly. One cannot help but think that some would have liked to be Georges Brassens's Püppchen, the muse he never married but loved deeply and with whom he formed a couple of freedom. One can also imagine that some of the men would have liked to be one of the friends first and would have been quite happy to sing a plea to be buried on the beach at Sète, with all the advantages that come with it. This comes to mind because, while the point is not to create a portrait of Sète through Bras- sens, the echoes of the one who rests at the Le Py cemetery do nevertheless make a common thread for the wandering photographer, with tenderness as well as a smile. It is the same smile that made the one who was born at 20 rue de l'Hospice, the street that runs towards Mount Saint-Clair (the upper part of which has since been renamed rue Georges-Brassens), write and sing:
With all deference due towards Paul Valéry
I, humble troubadour, can go one up on him
May the good master please excuse me
And if his verse be worthier than mine, at least
Let my cemetery be nearer the sea than his
Never mind what the locals say.

In fact, somewhat like Brassens, the photographer does not so much develop a project but rather carries out –or at least seems to carry out–a sort of modest and light picking. Whereas he did so with words and melodies that turned into earworms, she completes the task with solid images, free of mannerism, that gently settle at the back of the retina. Like the poet's verses, these images also tell or evoke stories. Those of the beautiful woman who dreams of being a celebrity, of the enthusiast who projects himself into his collection of objects, books, posters, postcards, paper signs and imagines another identity. Not all that different, after all, from those who take great care of their mous- taches, convinced as they are, despite the mirror saying otherwise, that they are the double of the resolutely anarchist singer. Clémentine Schneidermann came across and even managed to find some of them, and took their portraits with tenderness, show- ing respect for both their beliefs and their illusion. Admittedly, they are friendly, and often moving, and while they do not all smoke a pipe, they are often accompanied by cats. Those animals that Brassens said he "love[d] because there are no police cats", that he often sang about –in Brave Margot as well as Putain de toi, Le testament, Don Juan, Jeanne... – and that he highlighted in his zany novel, La Tour des miracles, in which inhabitants have real cats in their throat (in reference to the French expression: "to have a cat in your throat", meaning "to have a frog in your throat").
All of this gives a good-natured picture of Sète, with a few views over a calm sea, with subdued colours, a warm atmosphere enhanced by a soft and barely vibrant palette. Yet, behind this calm, there are mysterious, almost unsettling moments, characters who are impossible to define and who seem to come from sideline stories while walk- ing their dog, or who stand rigidly in the centre of the picture, enjoying the balance of the square and seemingly trying it while remaining an enigma. Then, in the midst of this still universe, there appear raucous spots of red, like hushed whistling sounds that catch the eye, that sometimes grow and turn into everyday garments or evening wear, or even become a large area, like a decor and the main object of a photo. It is then time to return to The Legend of the Nun and its chorus:
Children, here are bullocks passing
Cover your bright red pinafores.