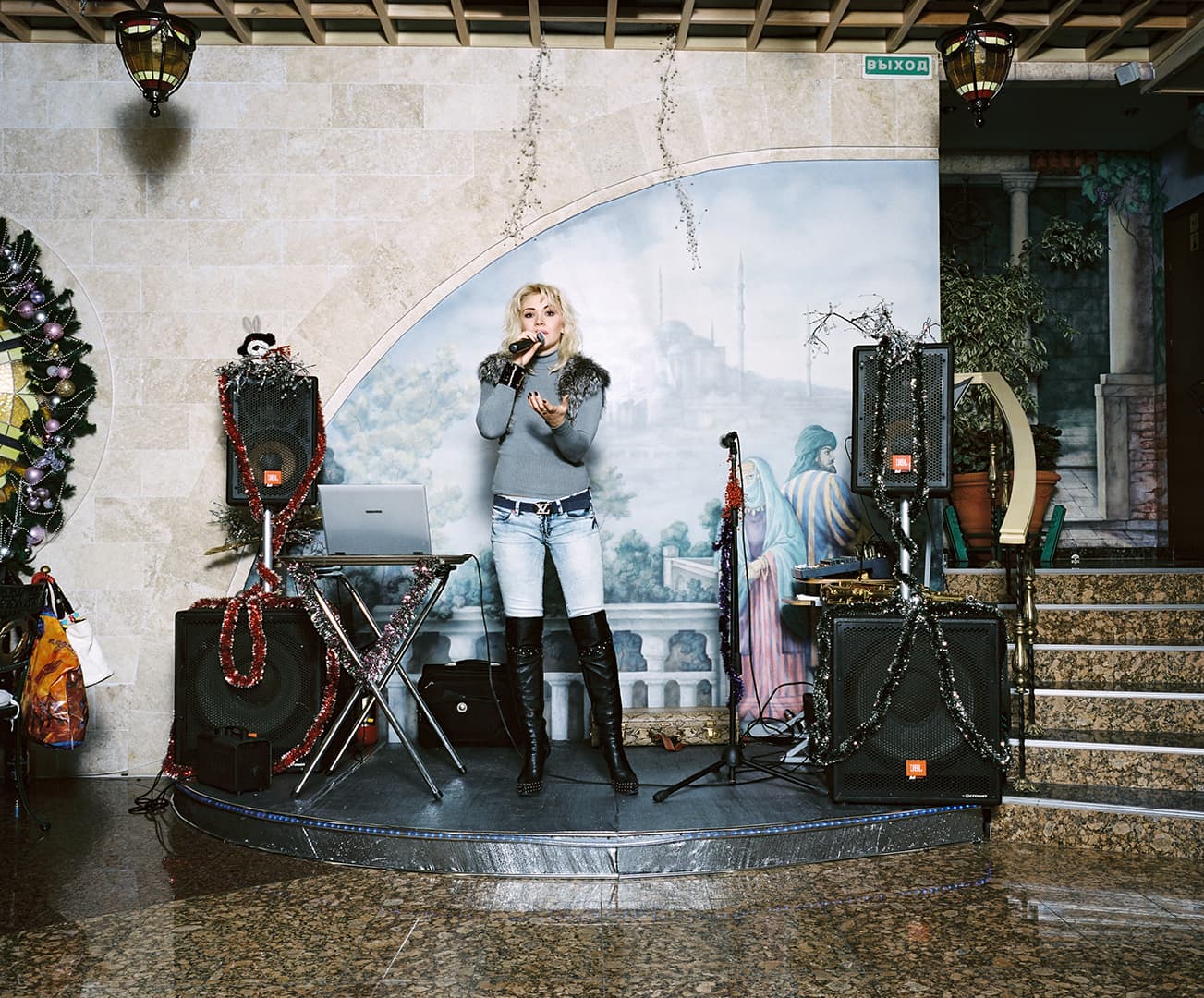 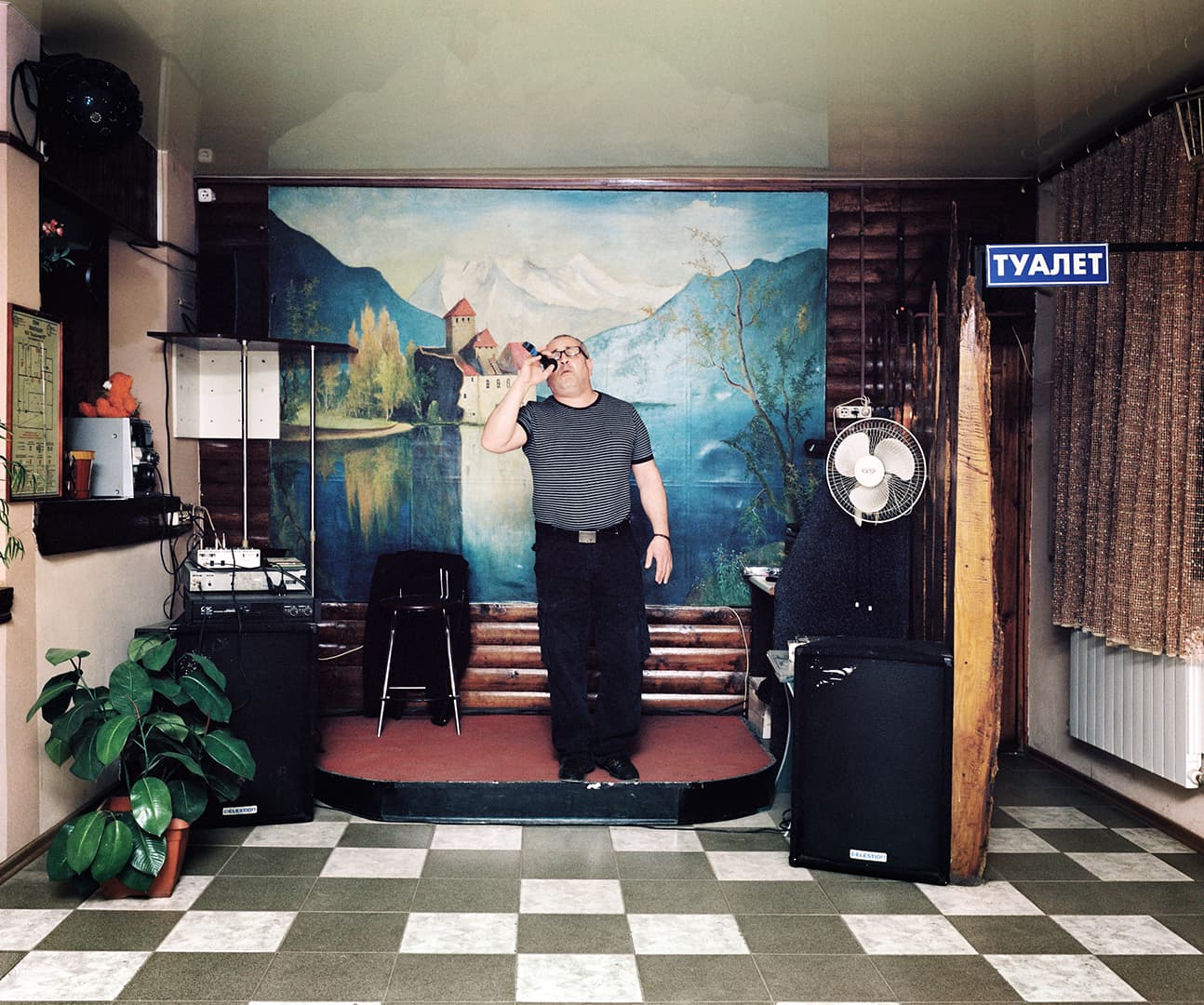 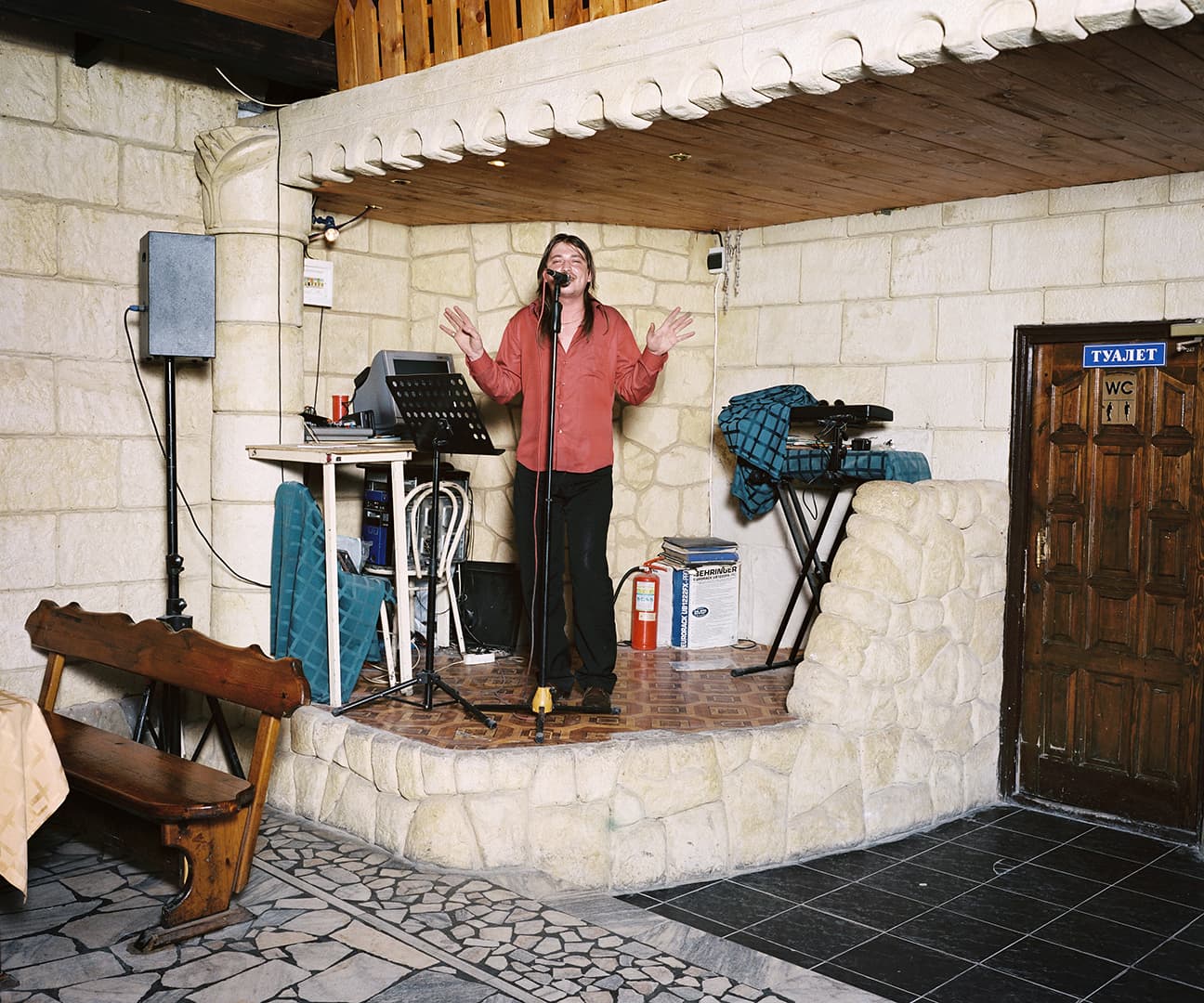 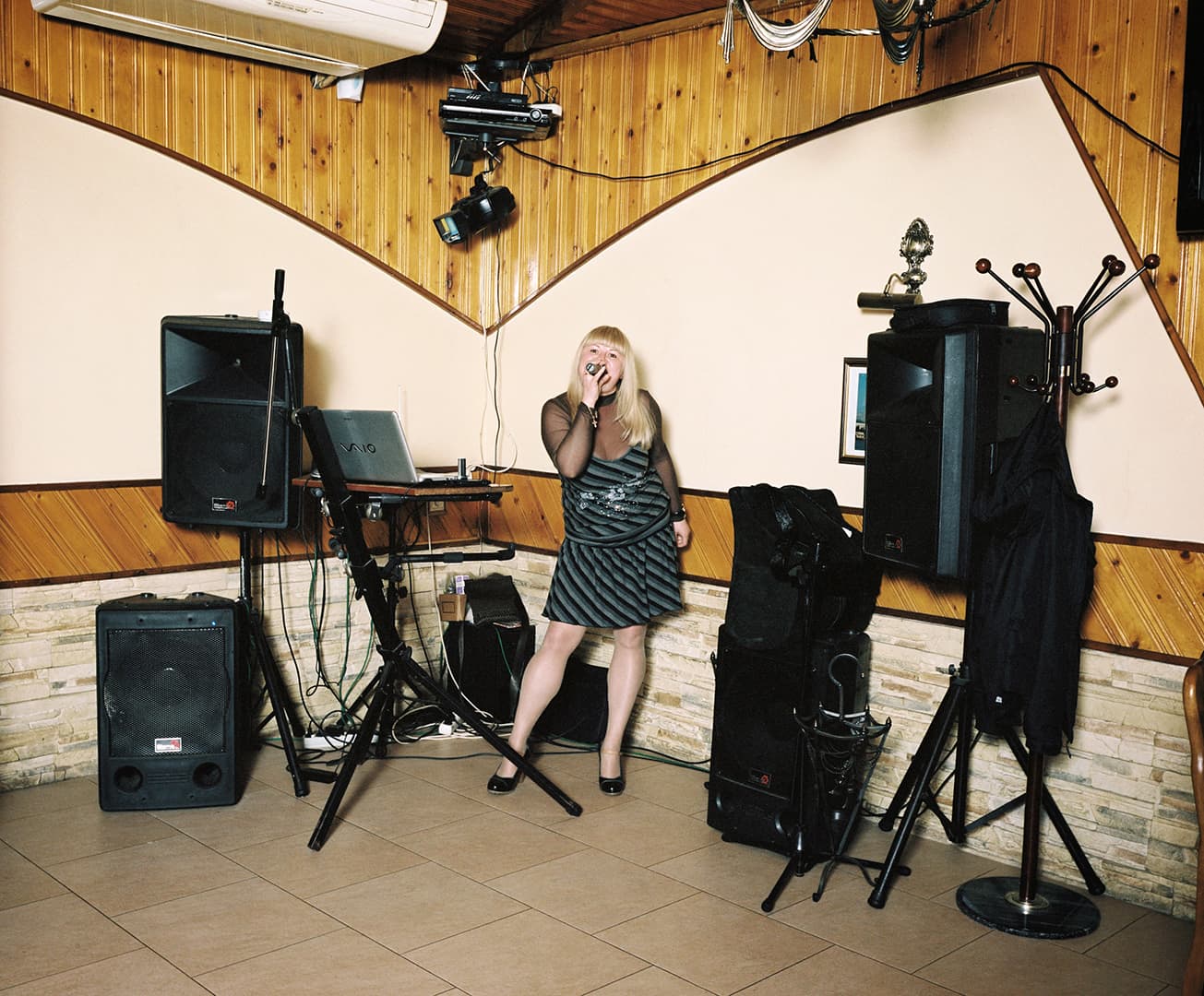 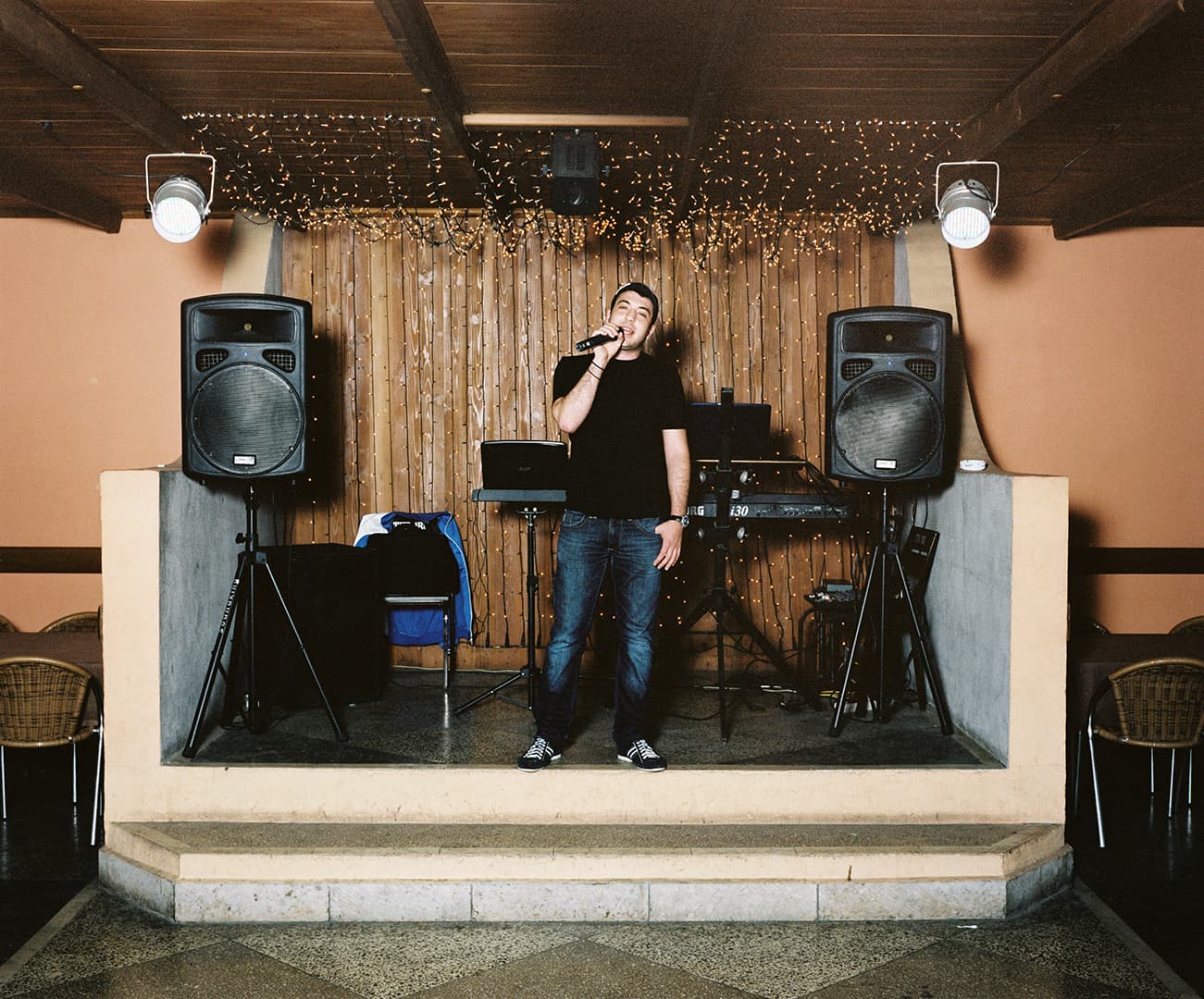 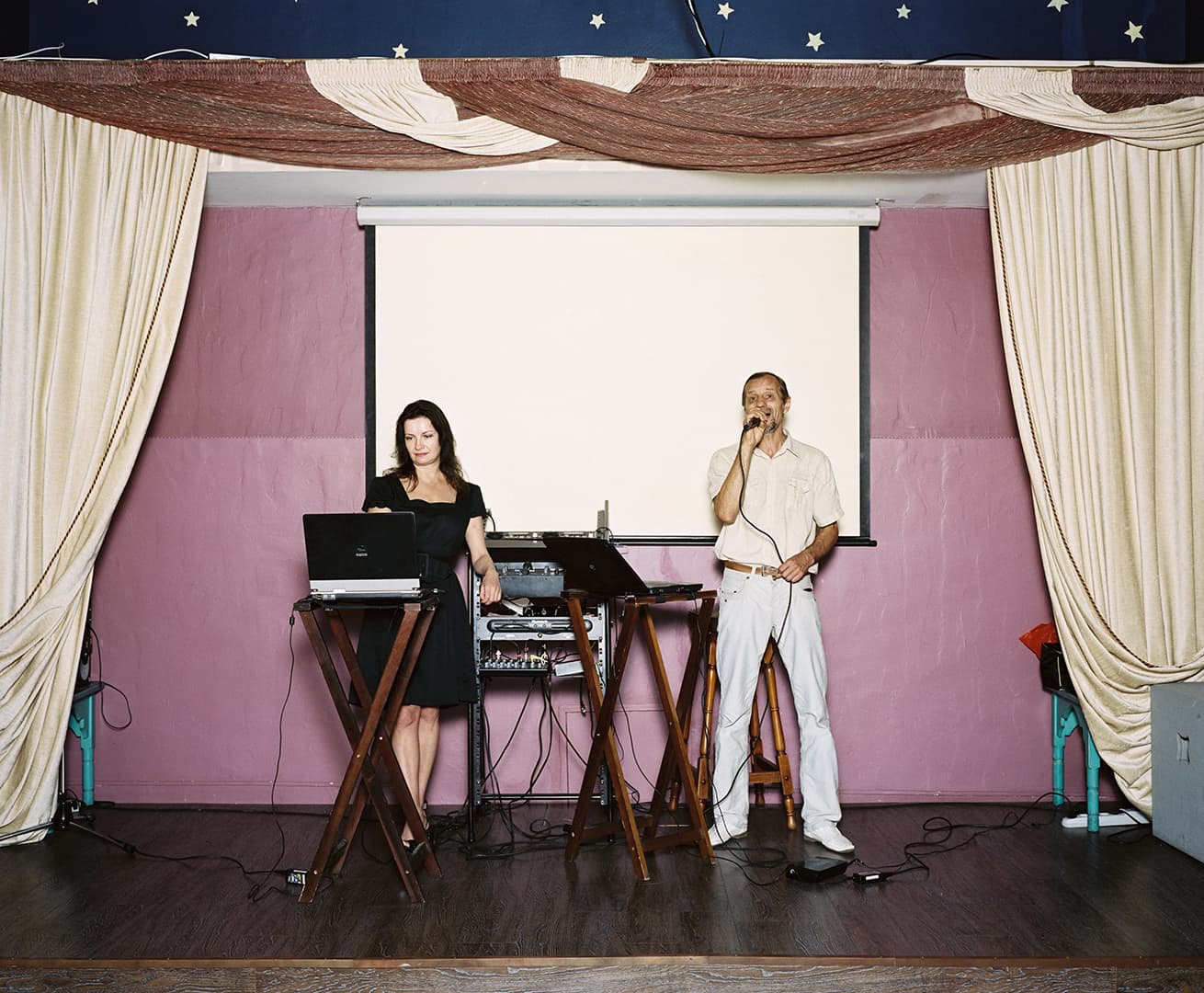 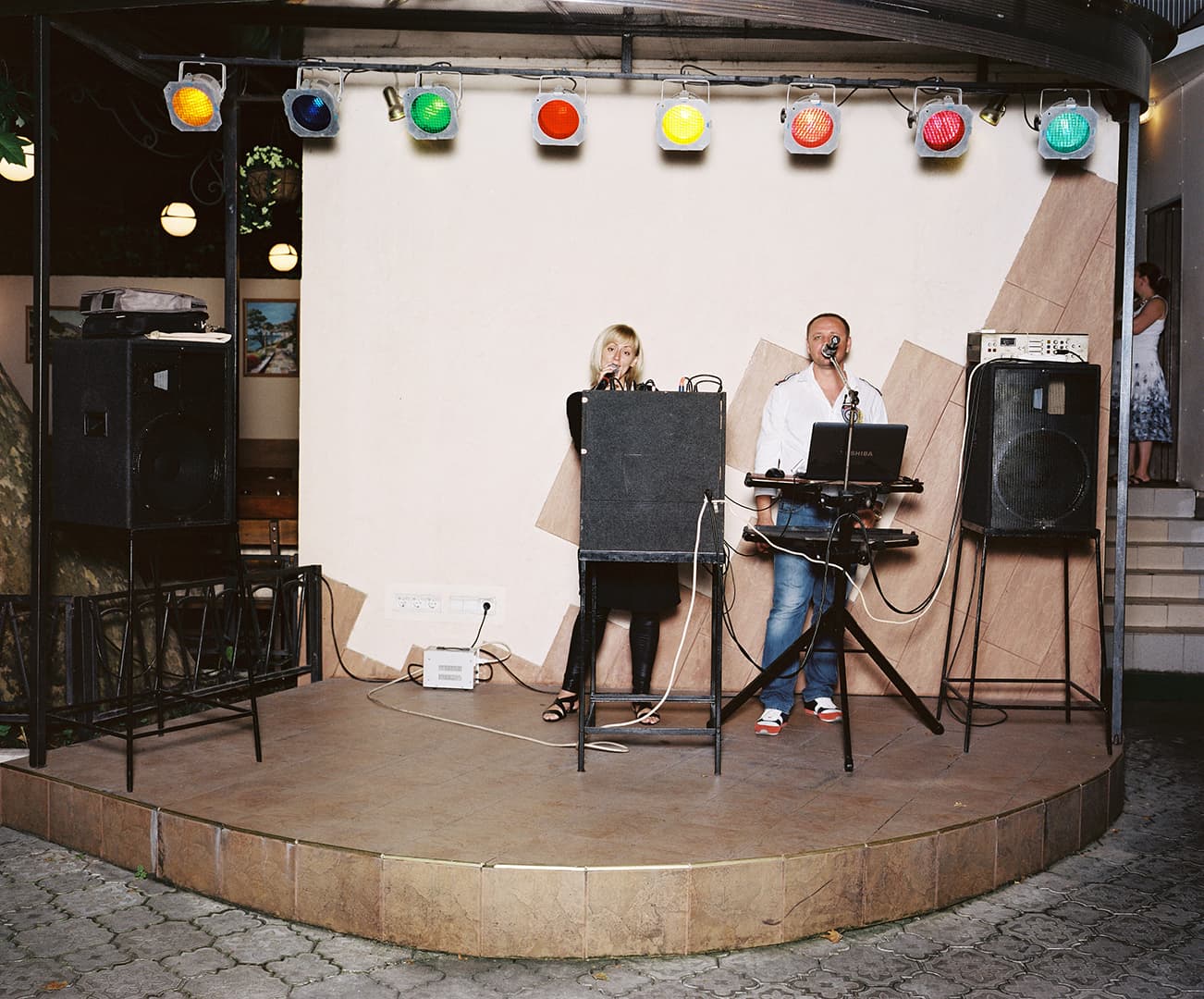 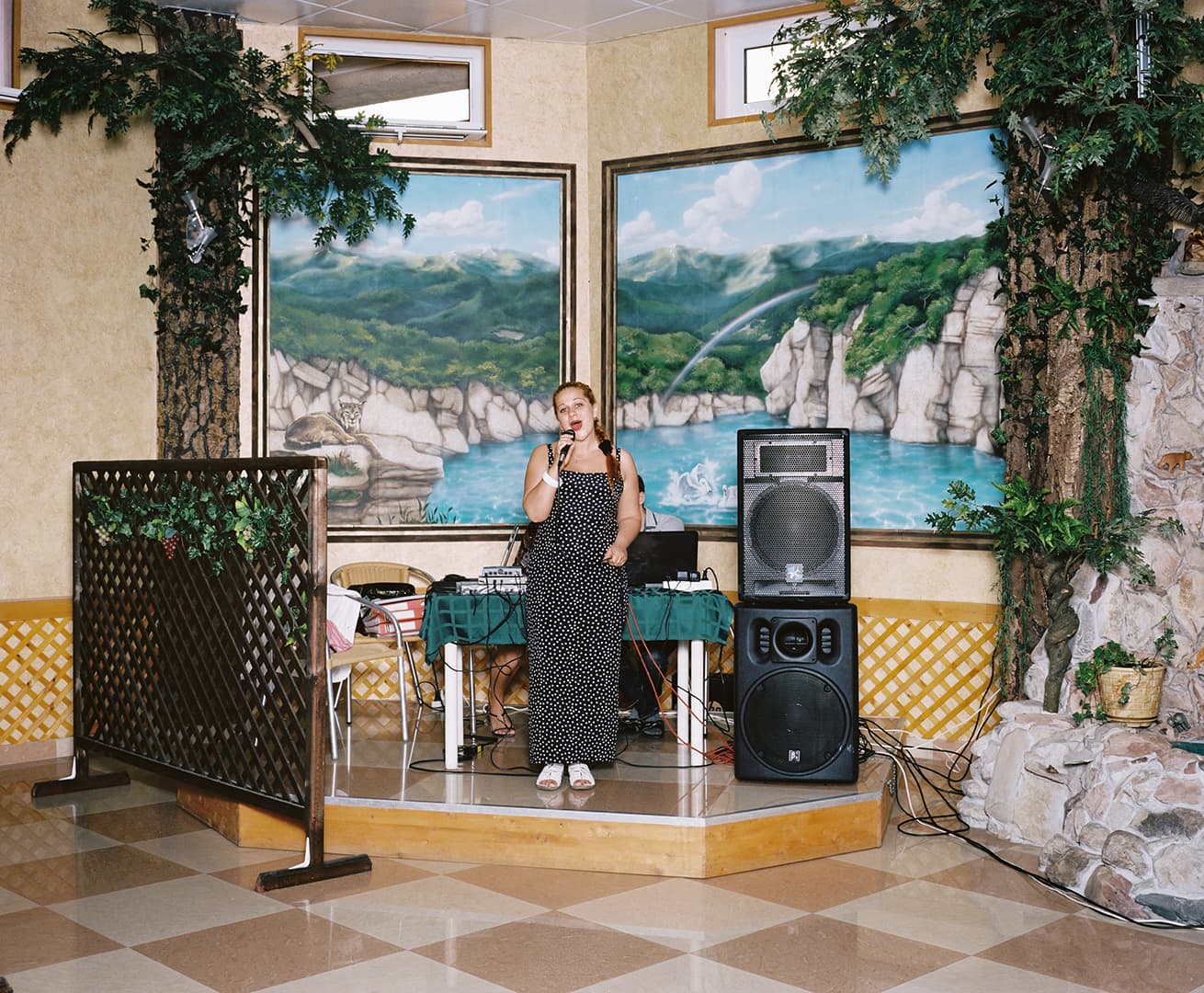 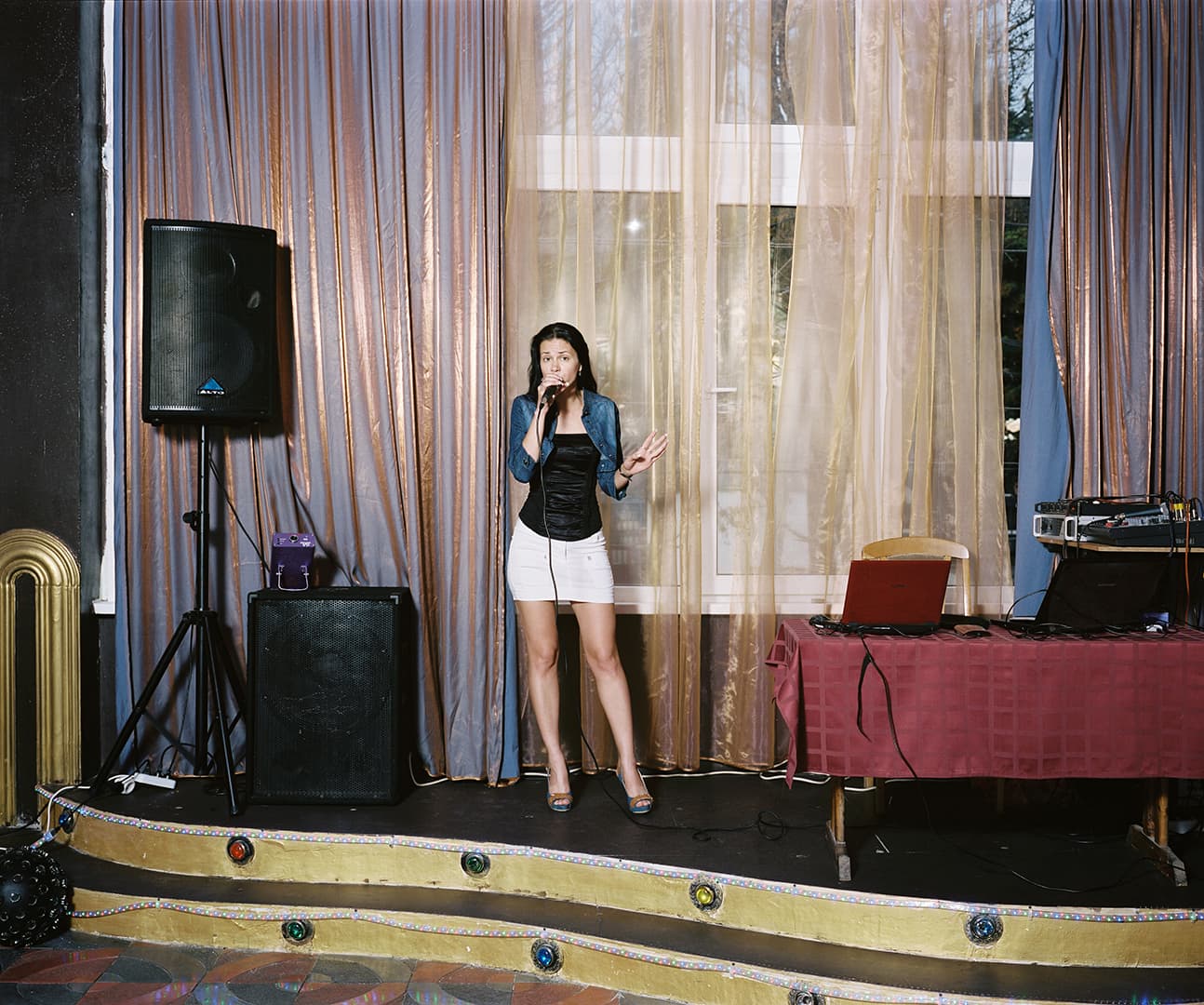 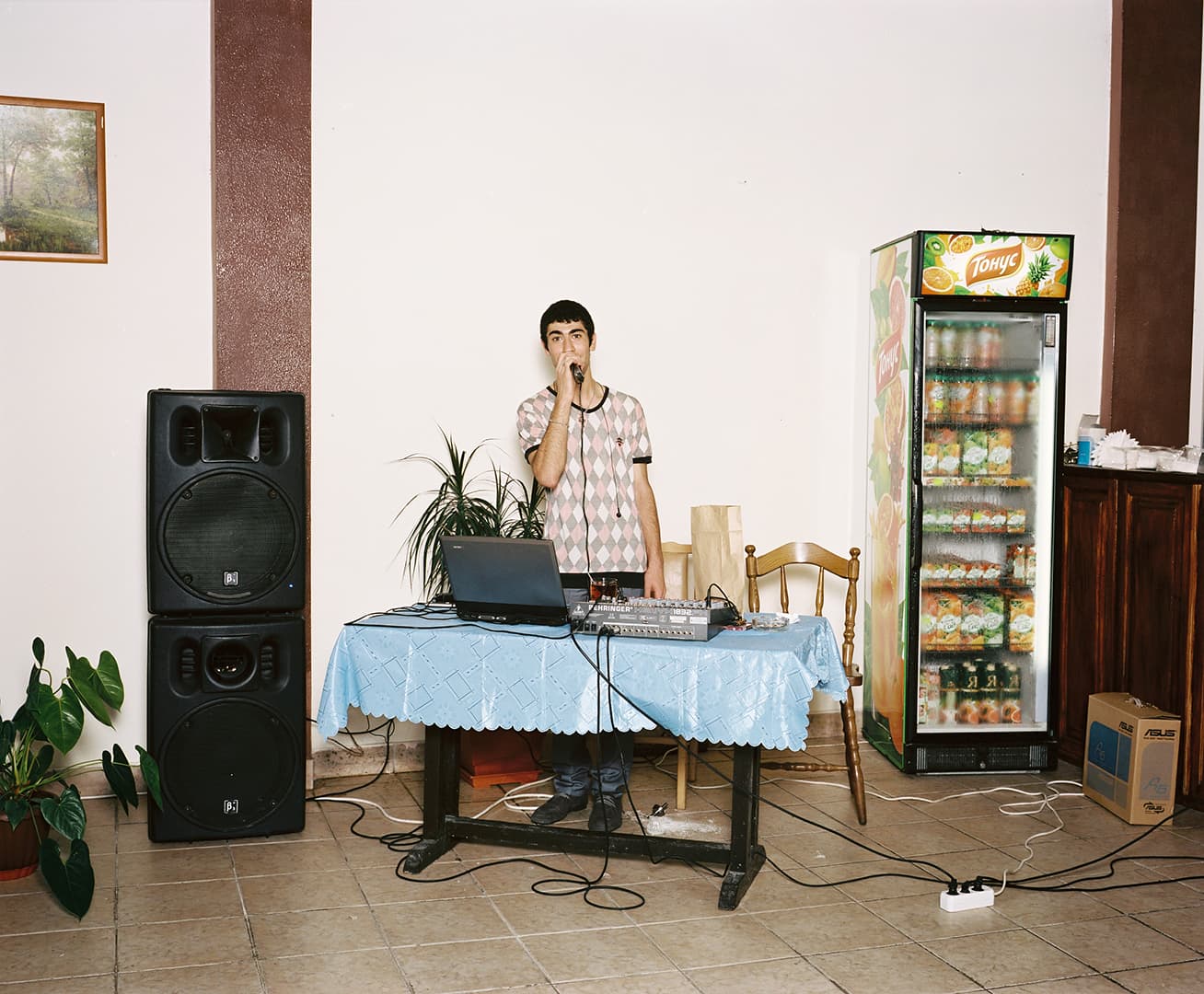 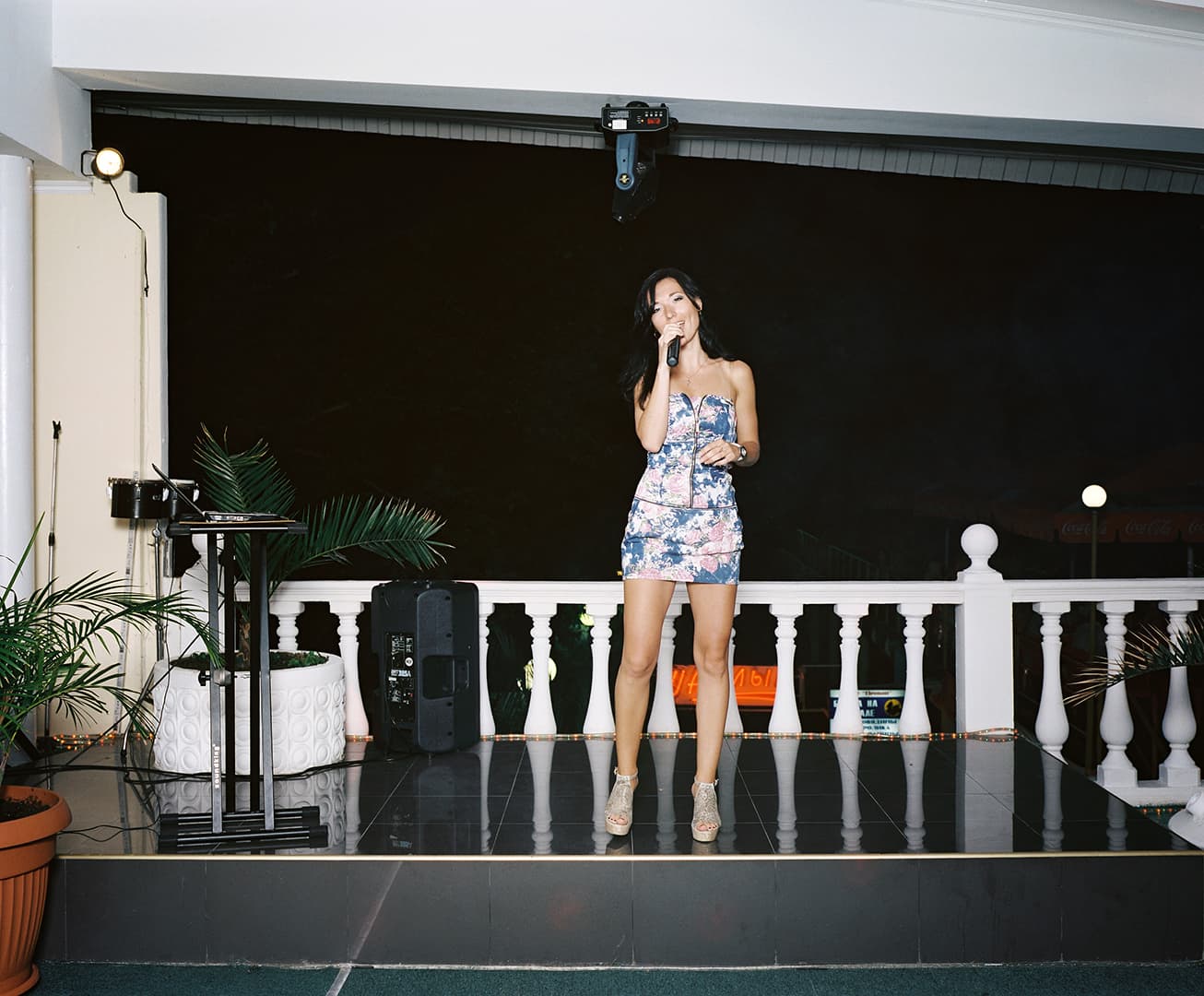 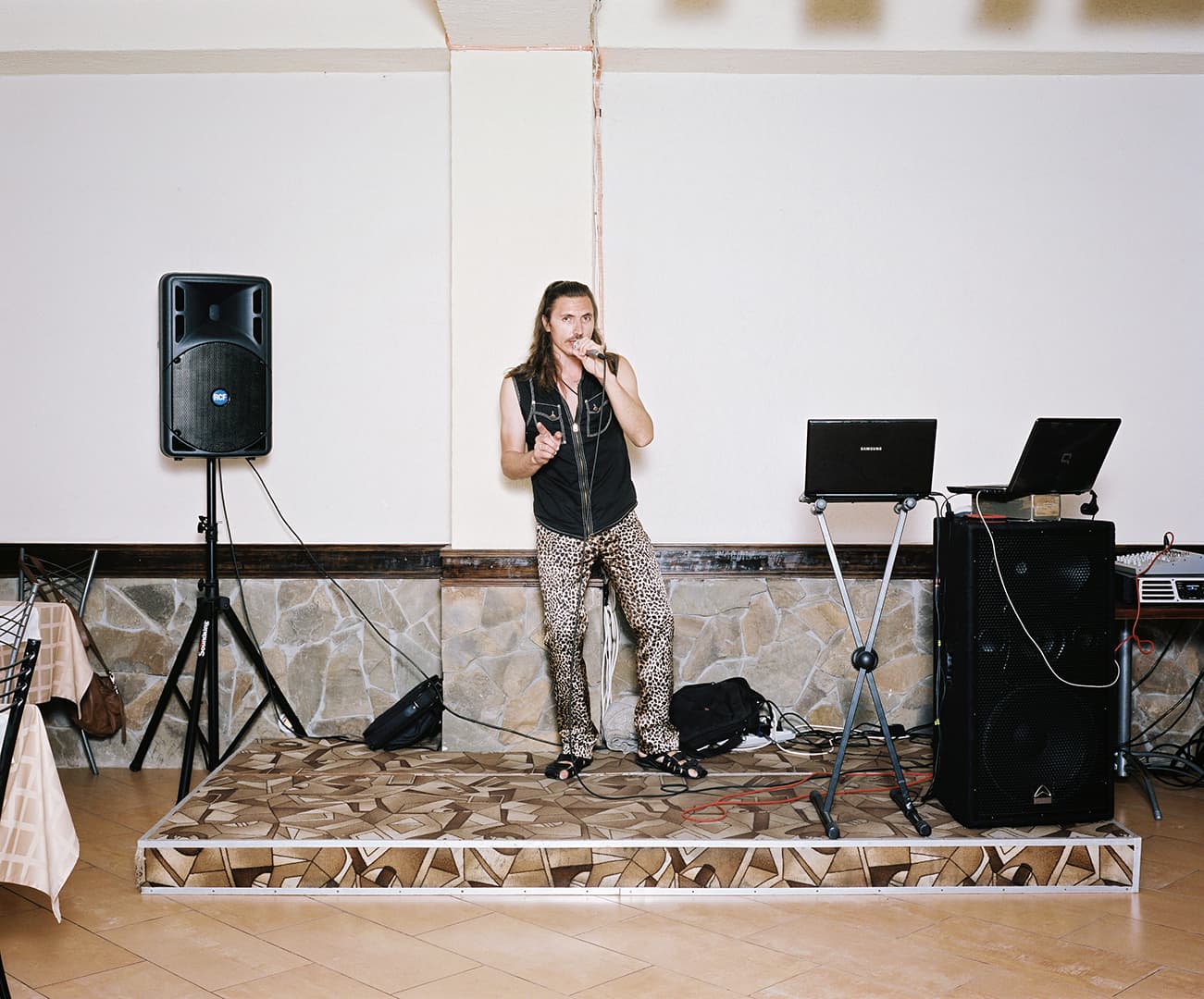 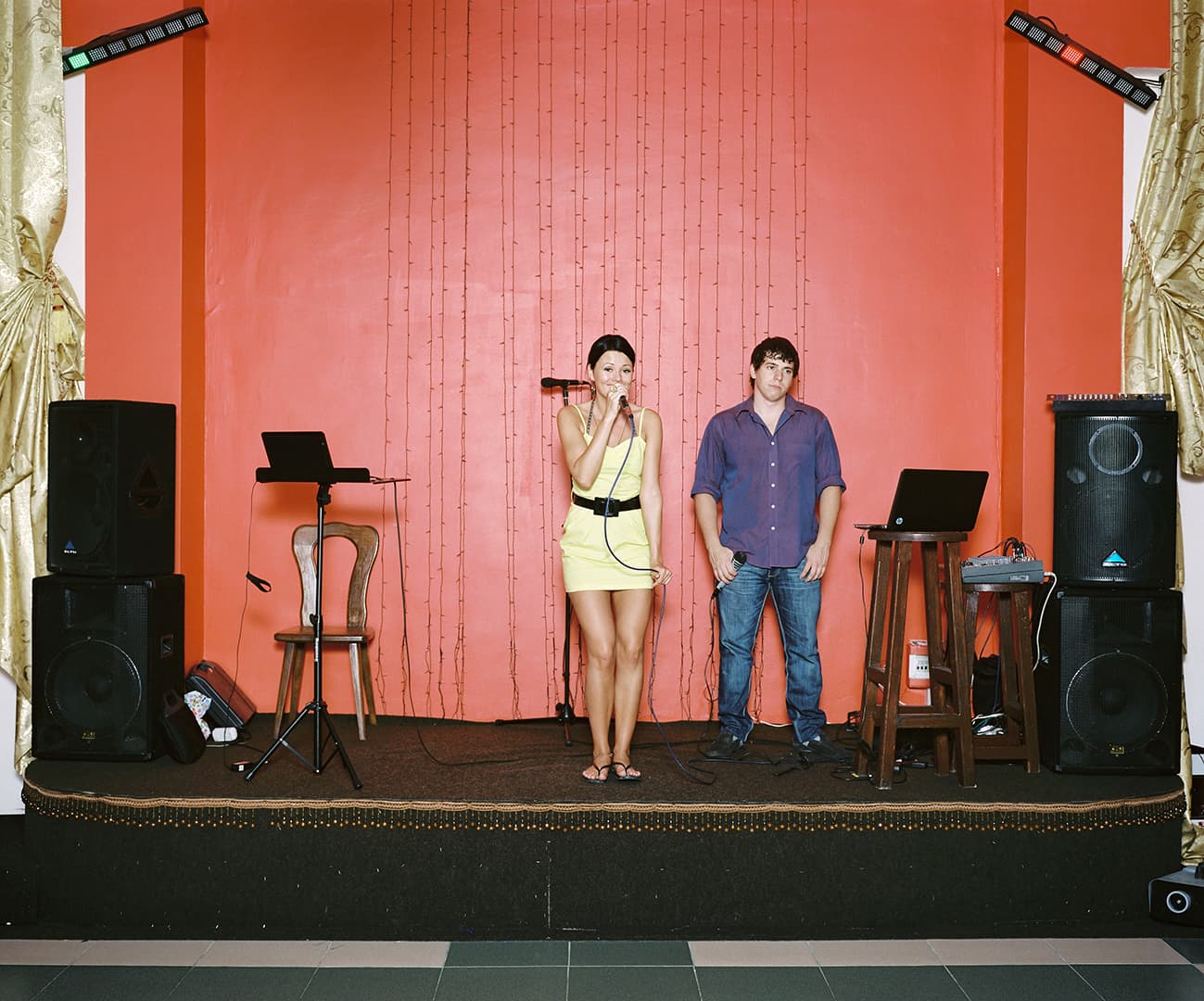 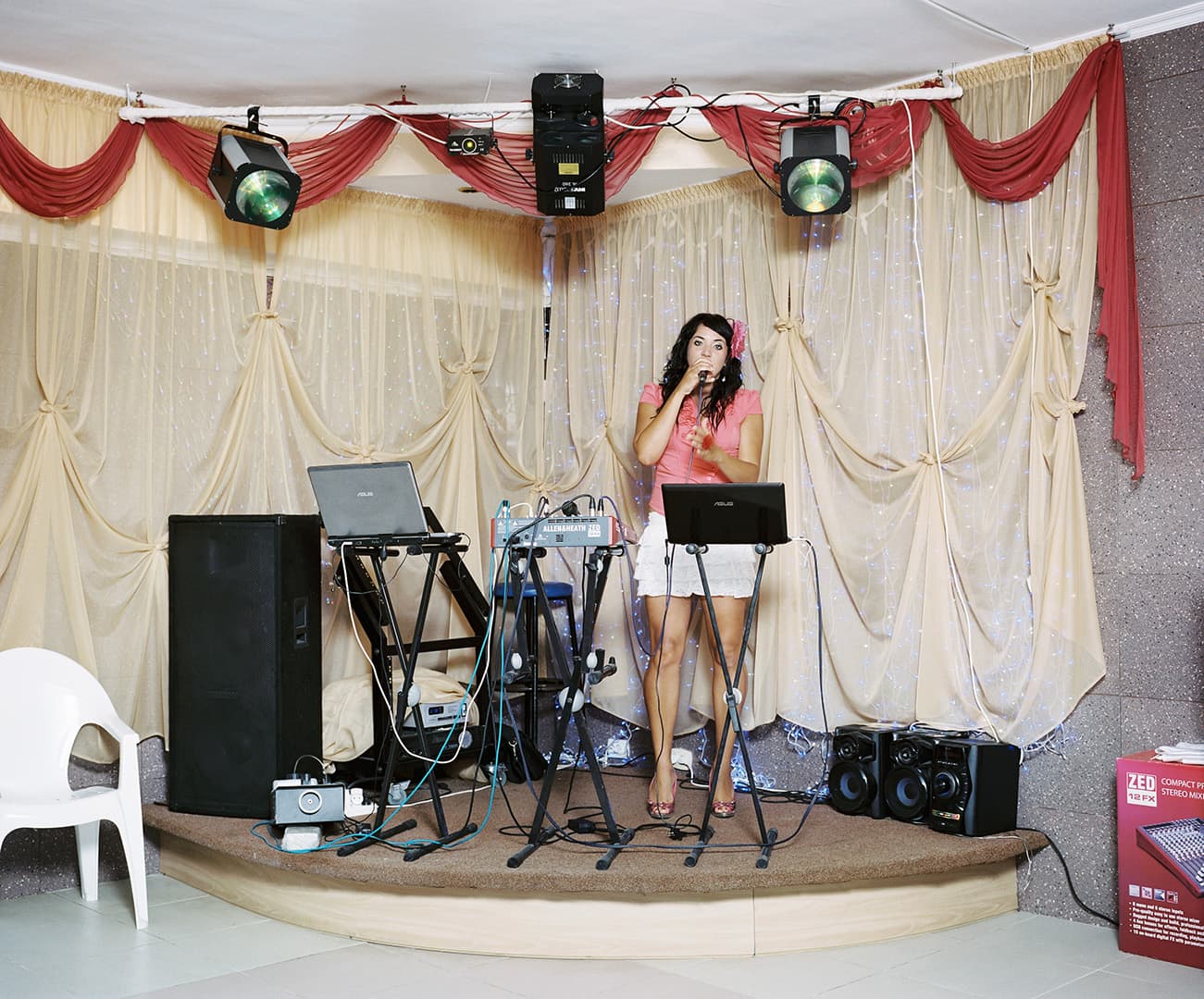 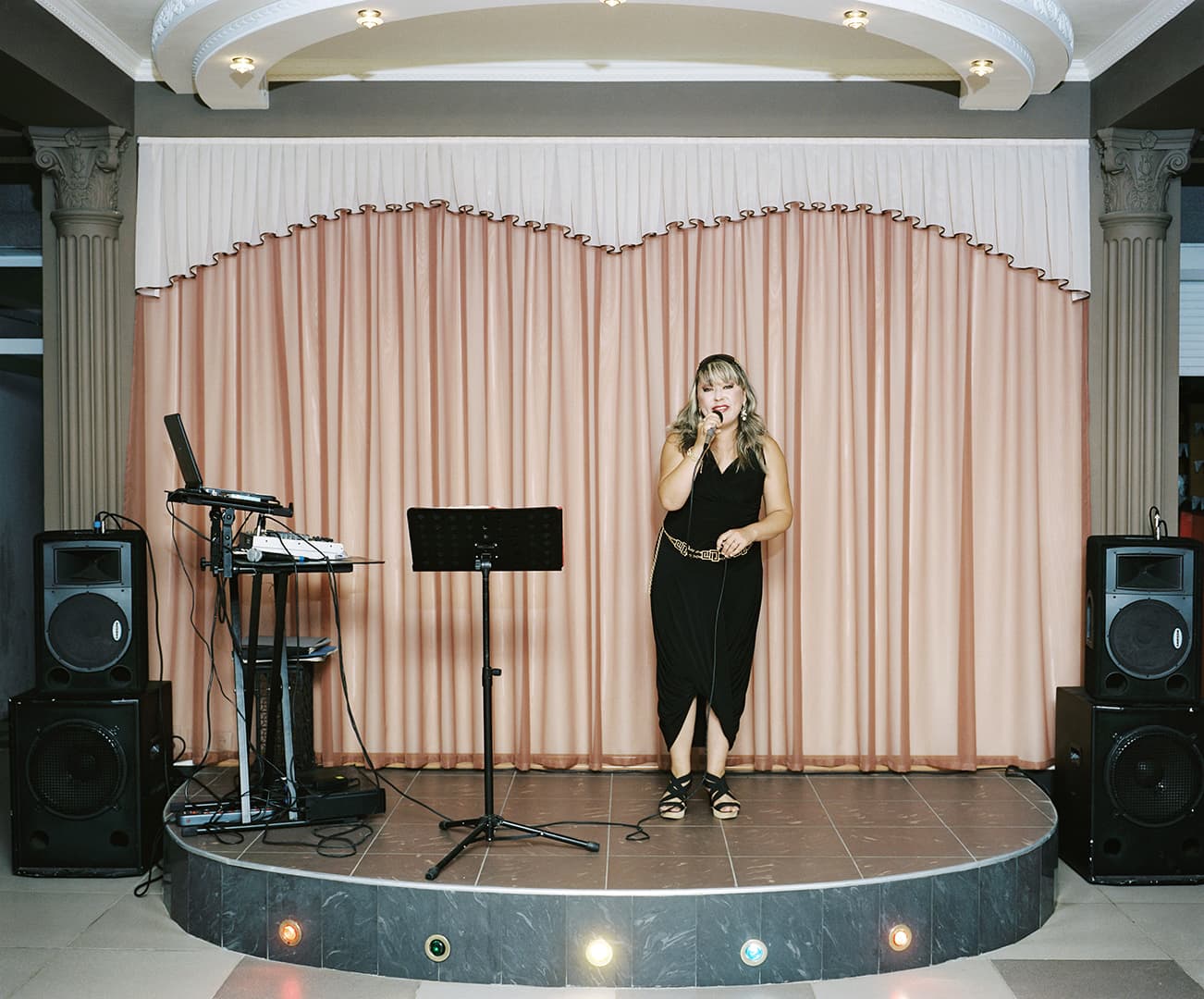 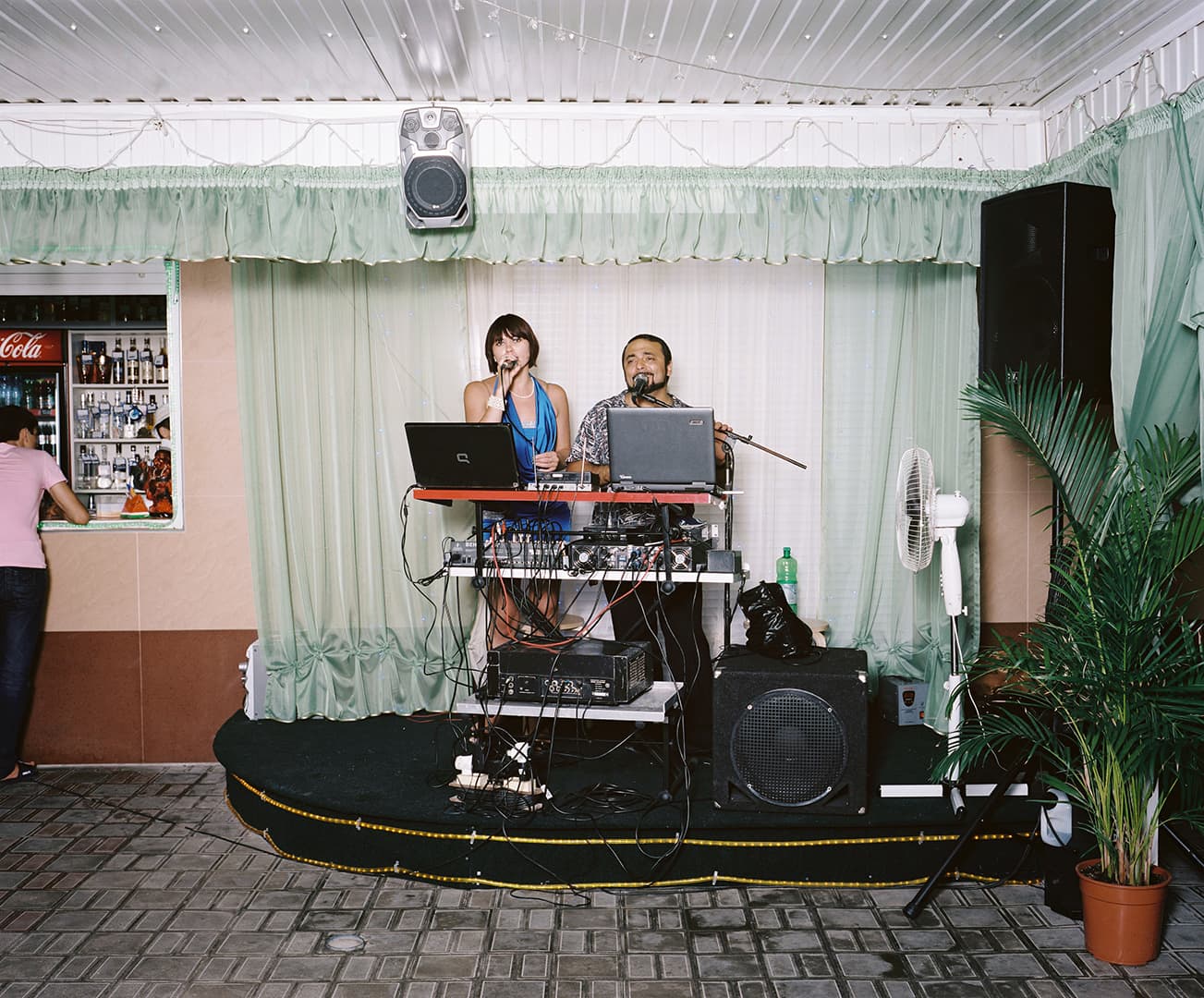 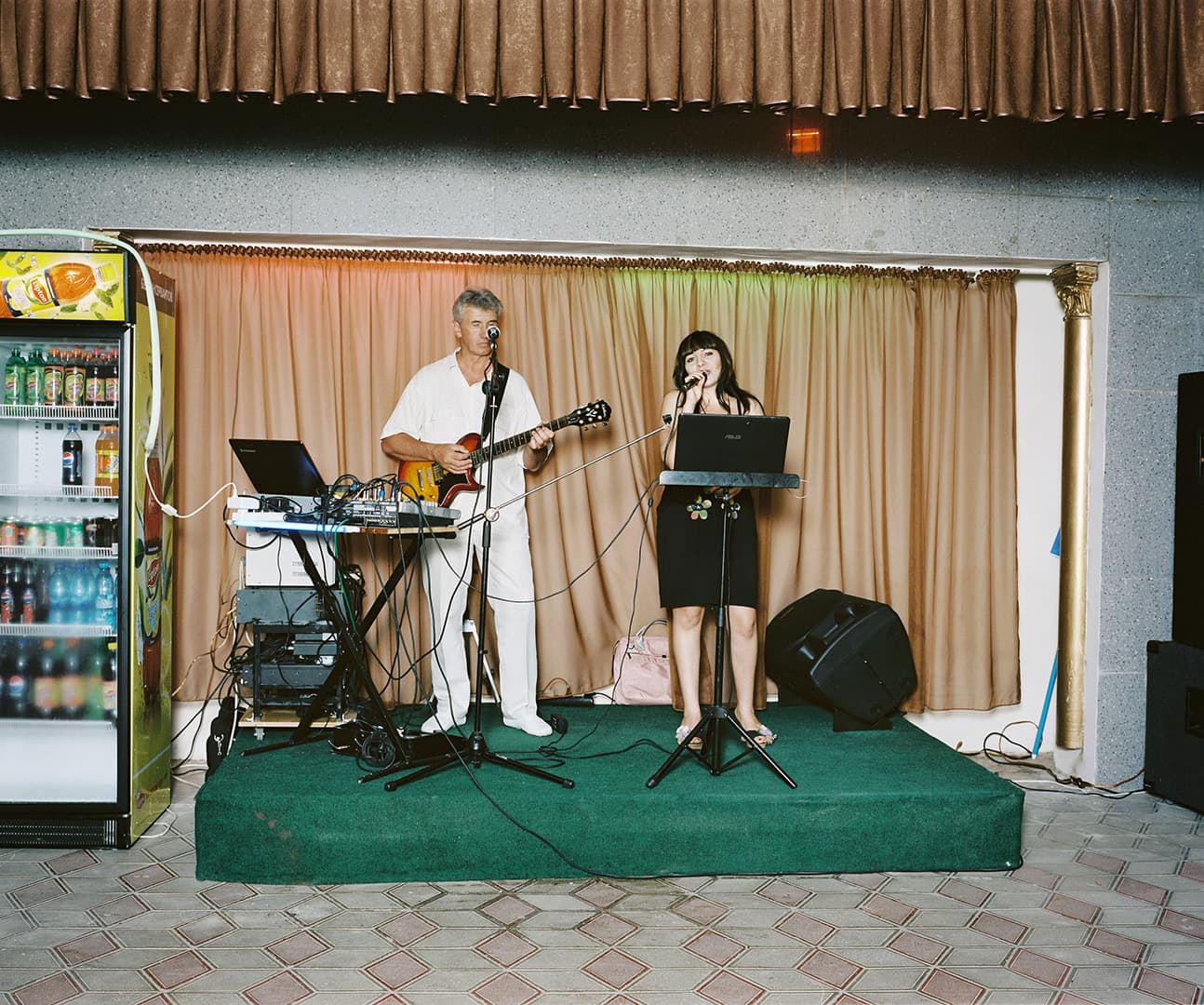 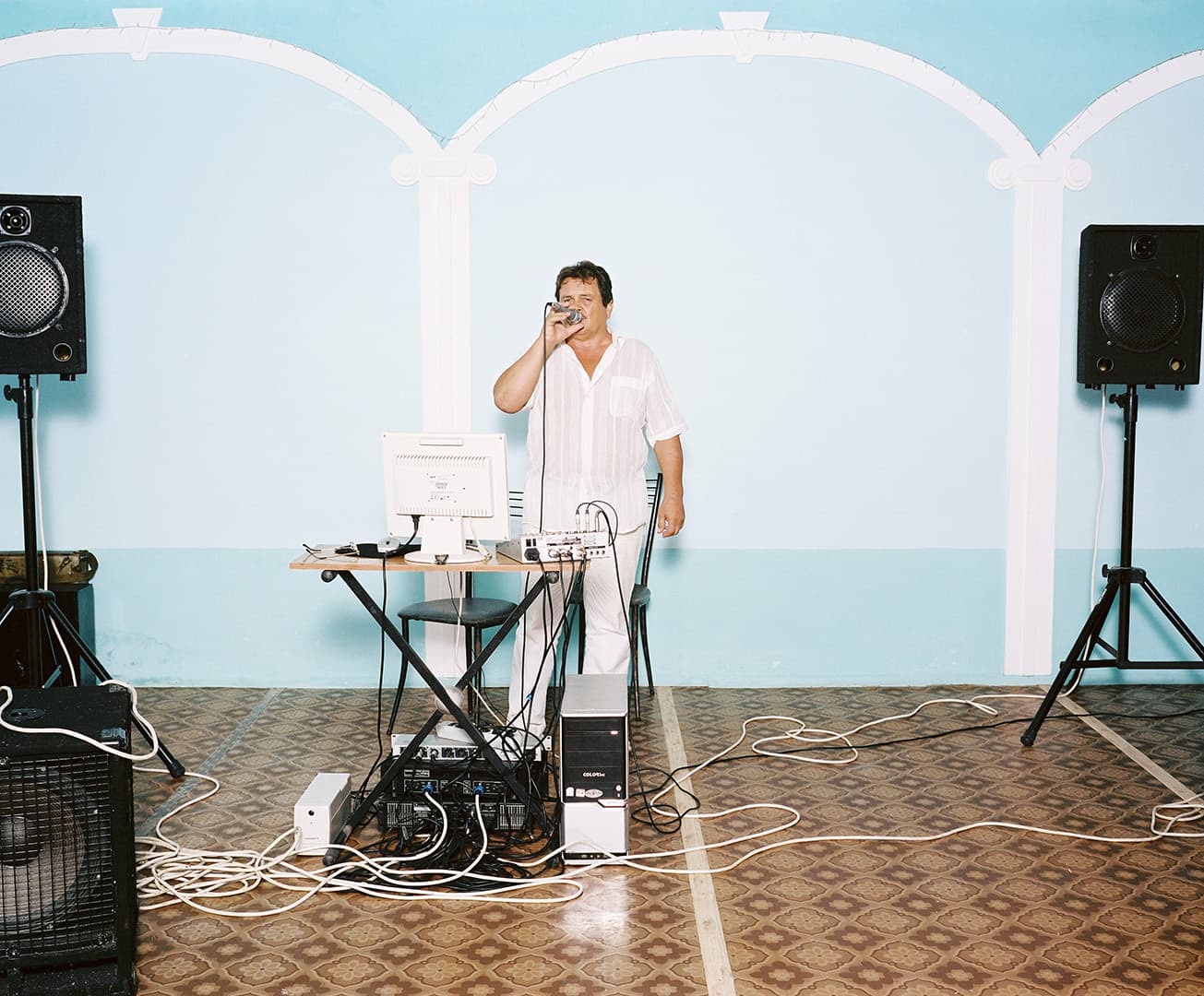 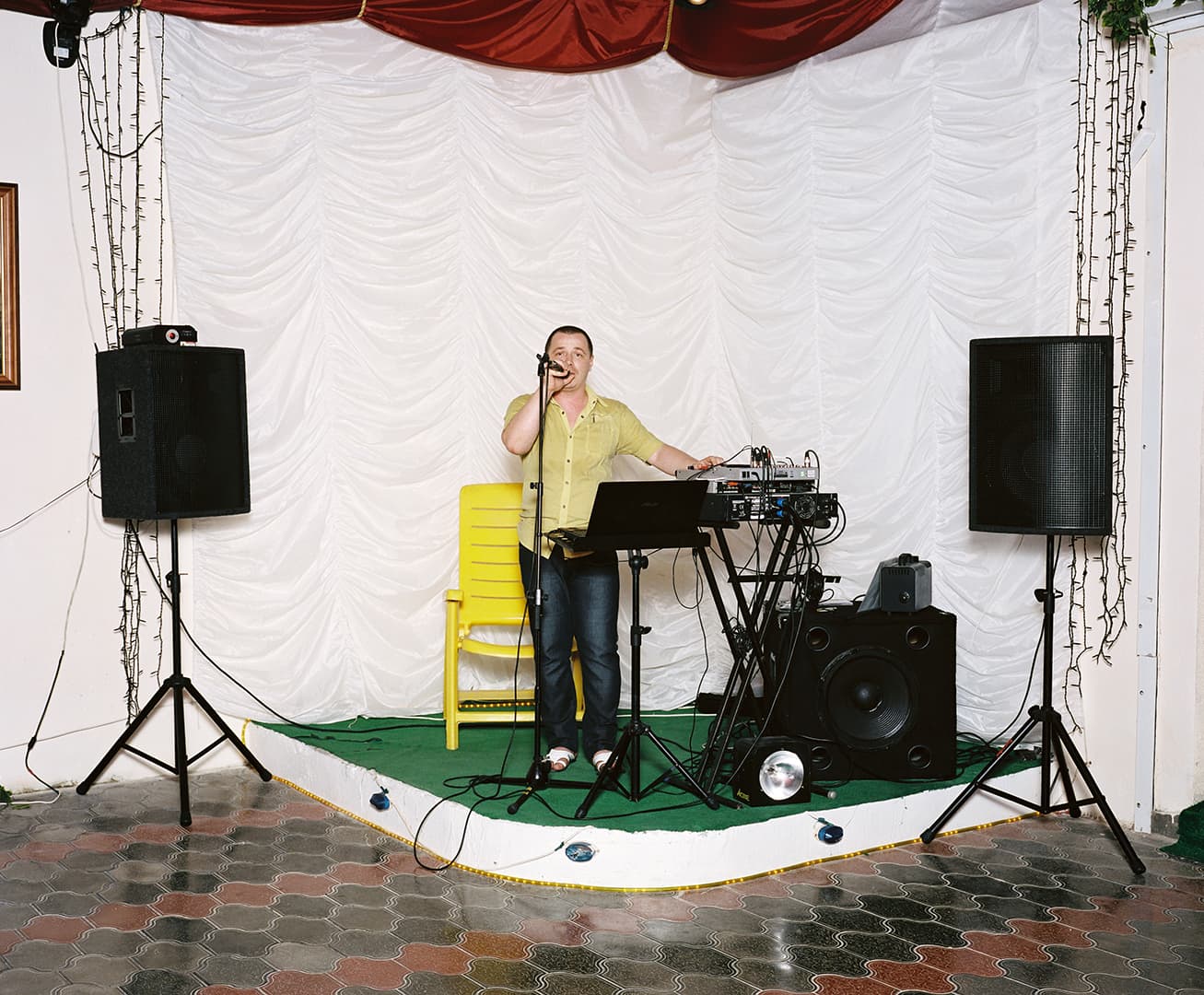 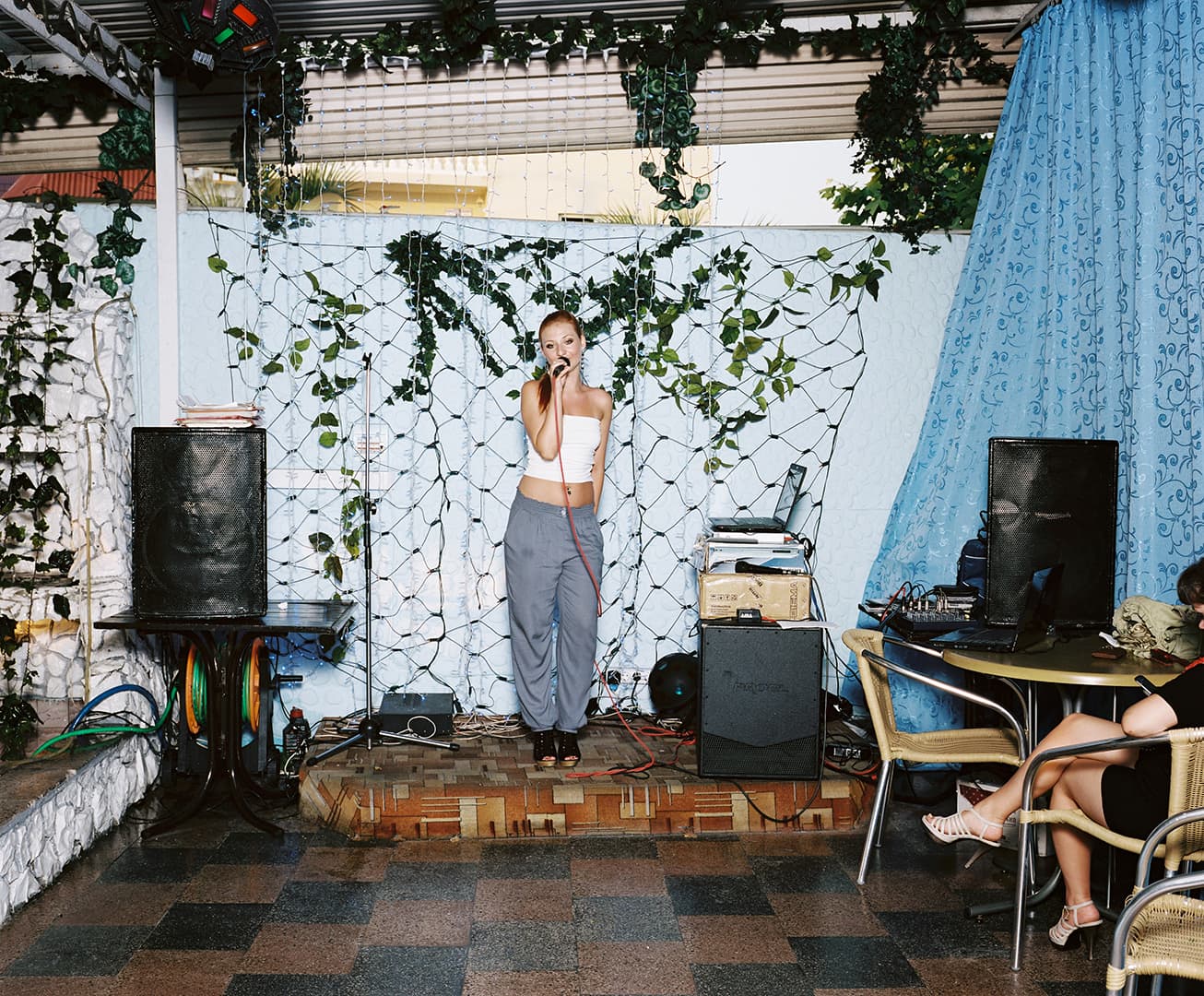 The southern Russian city of Sochi lies on the Black Sea. It attracts predominantly Russian holidaymakers who come for a mix of sun, sea, sand and nightlife.

Sochi Singers is part of the five-year Sochi Project (2009 - 2014) by photographer Rob Hornstra and writer Arnold van Bruggen. For this project they documented the region around Sochi, where in 2014 the most expensive Winter Olympics ever took place. In the final book 'An Atlas of War and Tourism in the Caucasus' (Aperture, 2013), stories and photos are intertwined with maps, found footage and a travel journal over almost 400 pages. Copies of the second edition of the book are still available.

Restaurants are plentiful and competition is fierce. In the past decade, Soviet interiors have been mostly replaced by an eclectic mix of Roman, Greek and other unidentifiable cultural elements. Every restaurant employs a regular live musician. From behind a laptop, they blast Russian chansons and popsa into the restaurant through a wall of speakers. This renders any kind of conversation impossible. But that's not the reason why Russians go to a restaurant.