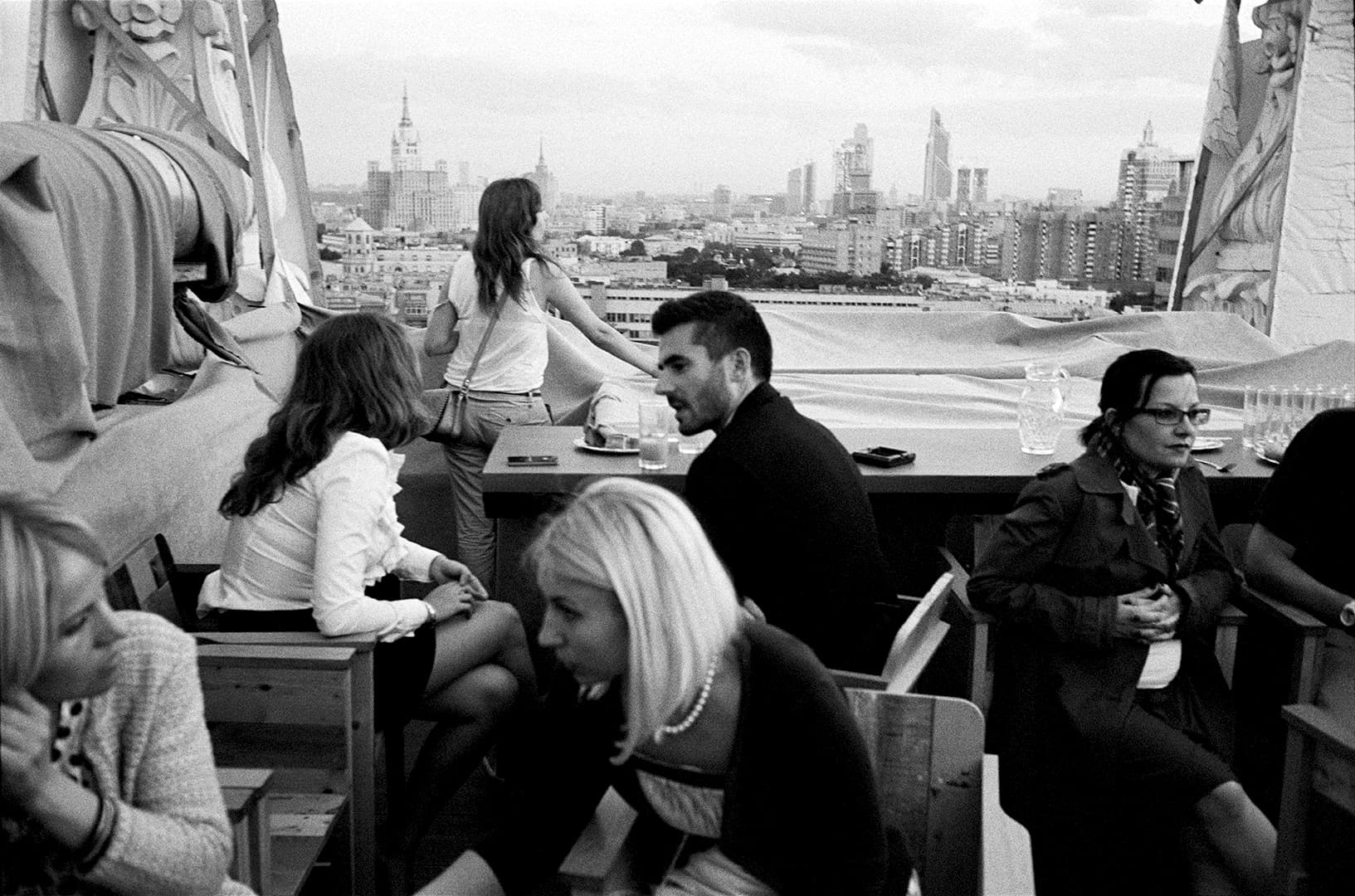 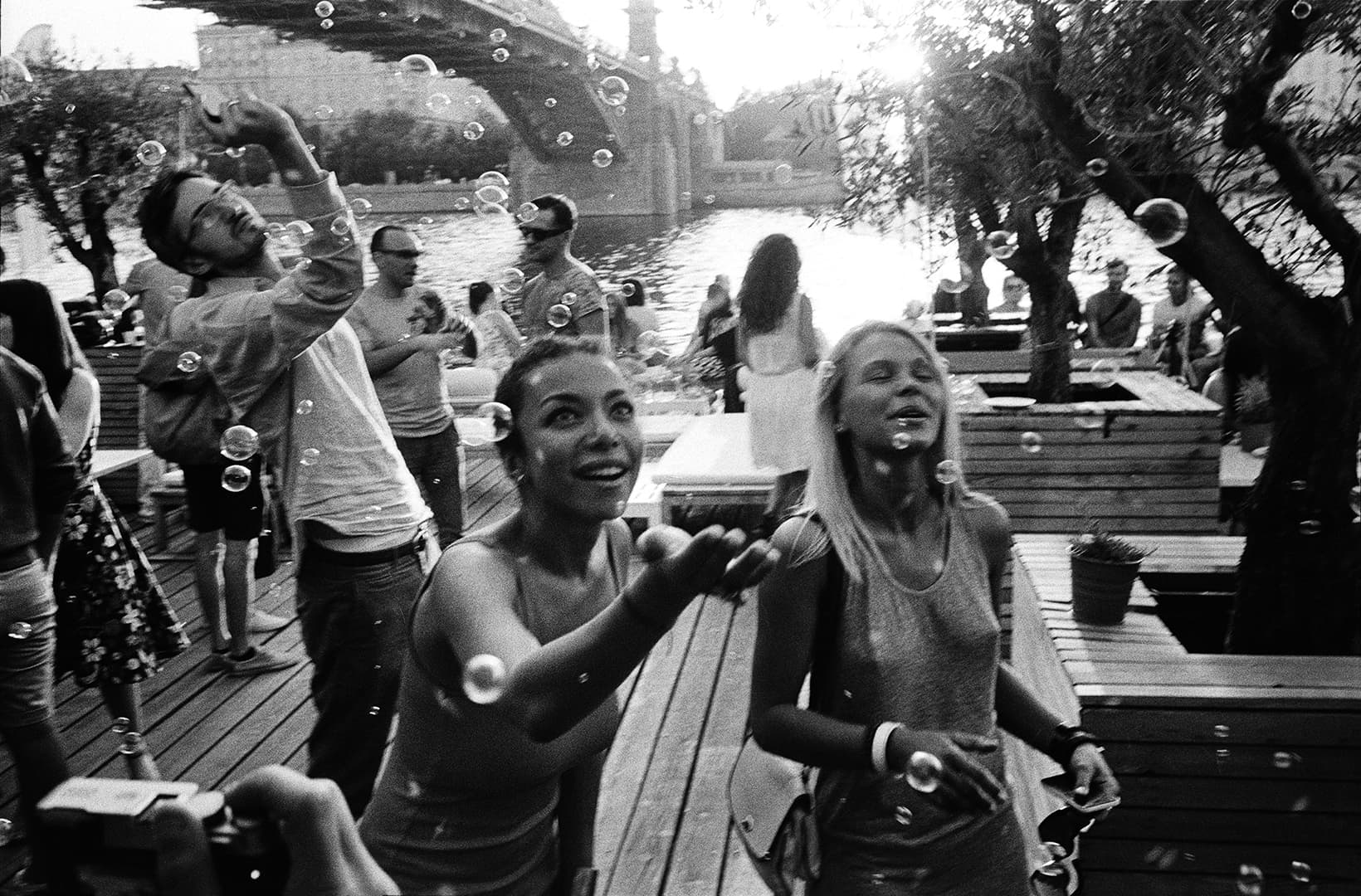 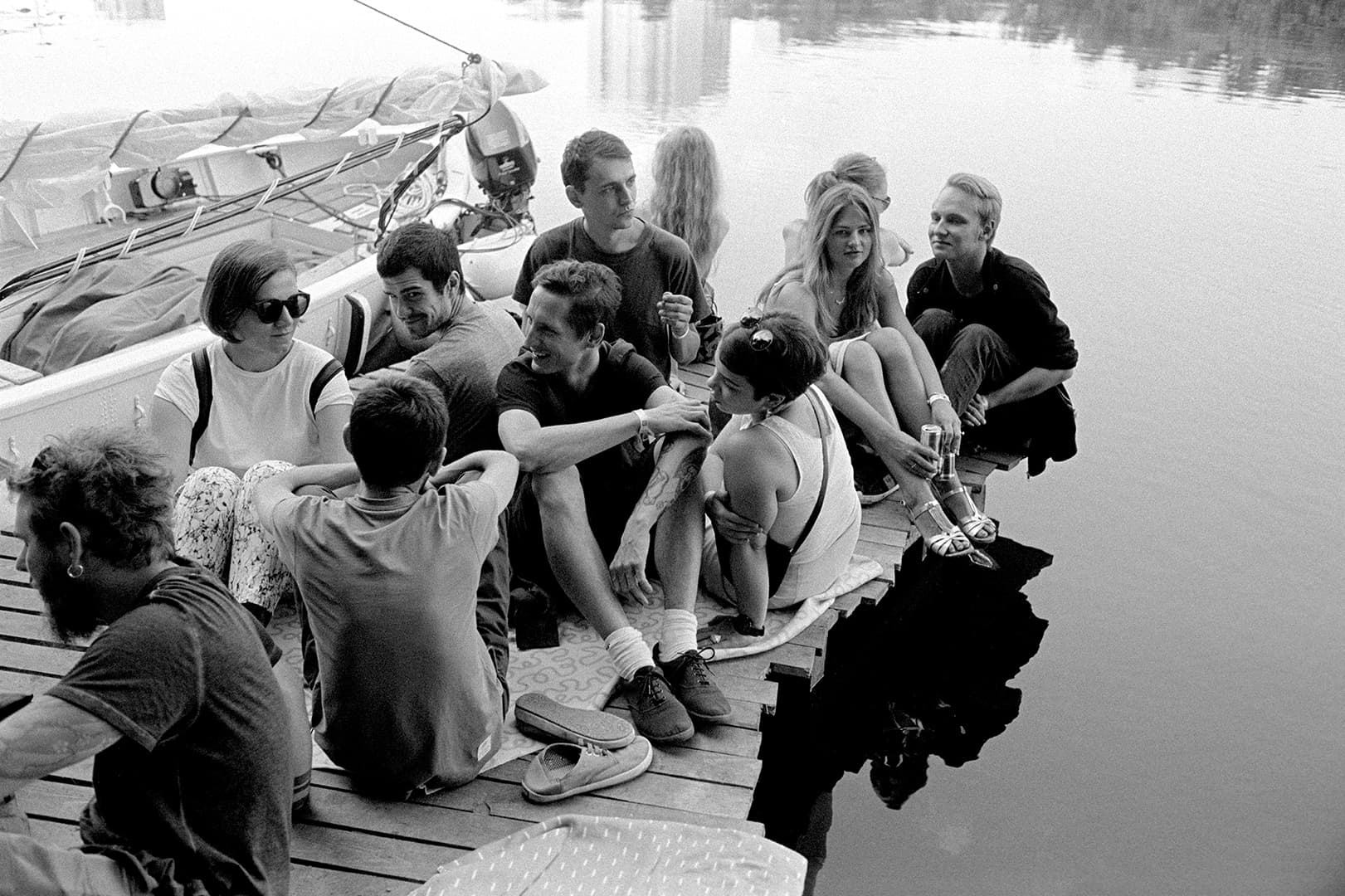 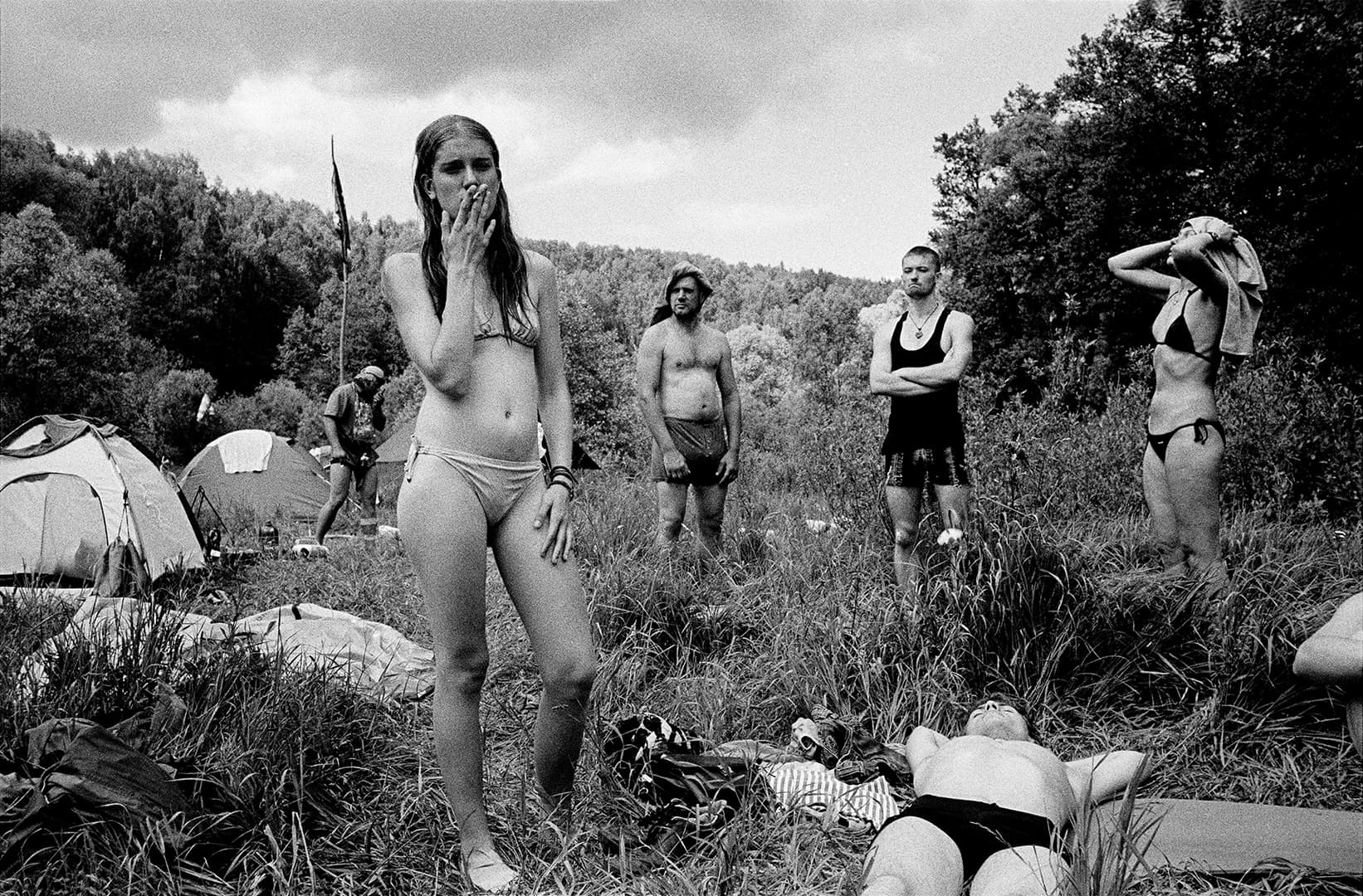 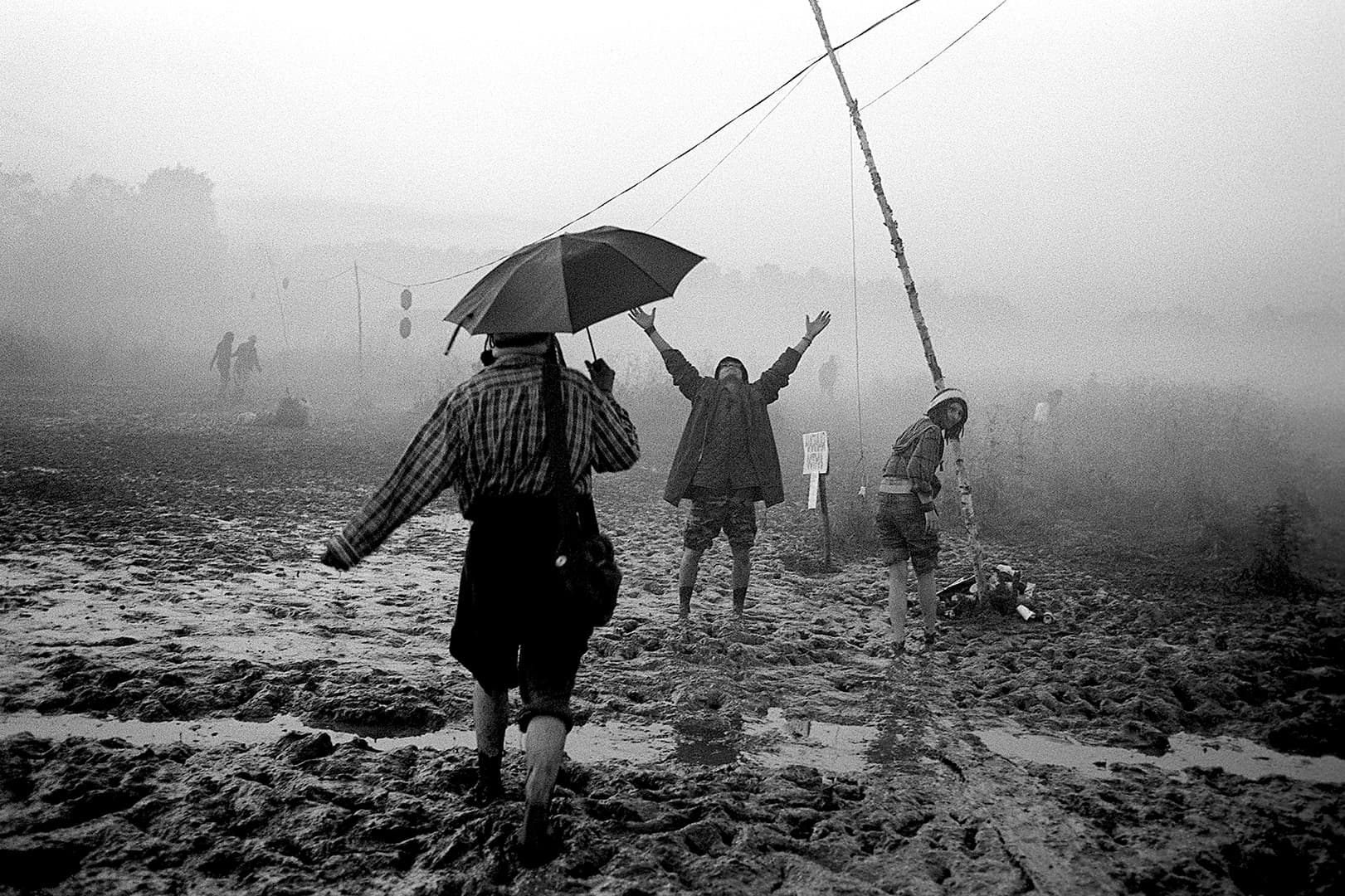 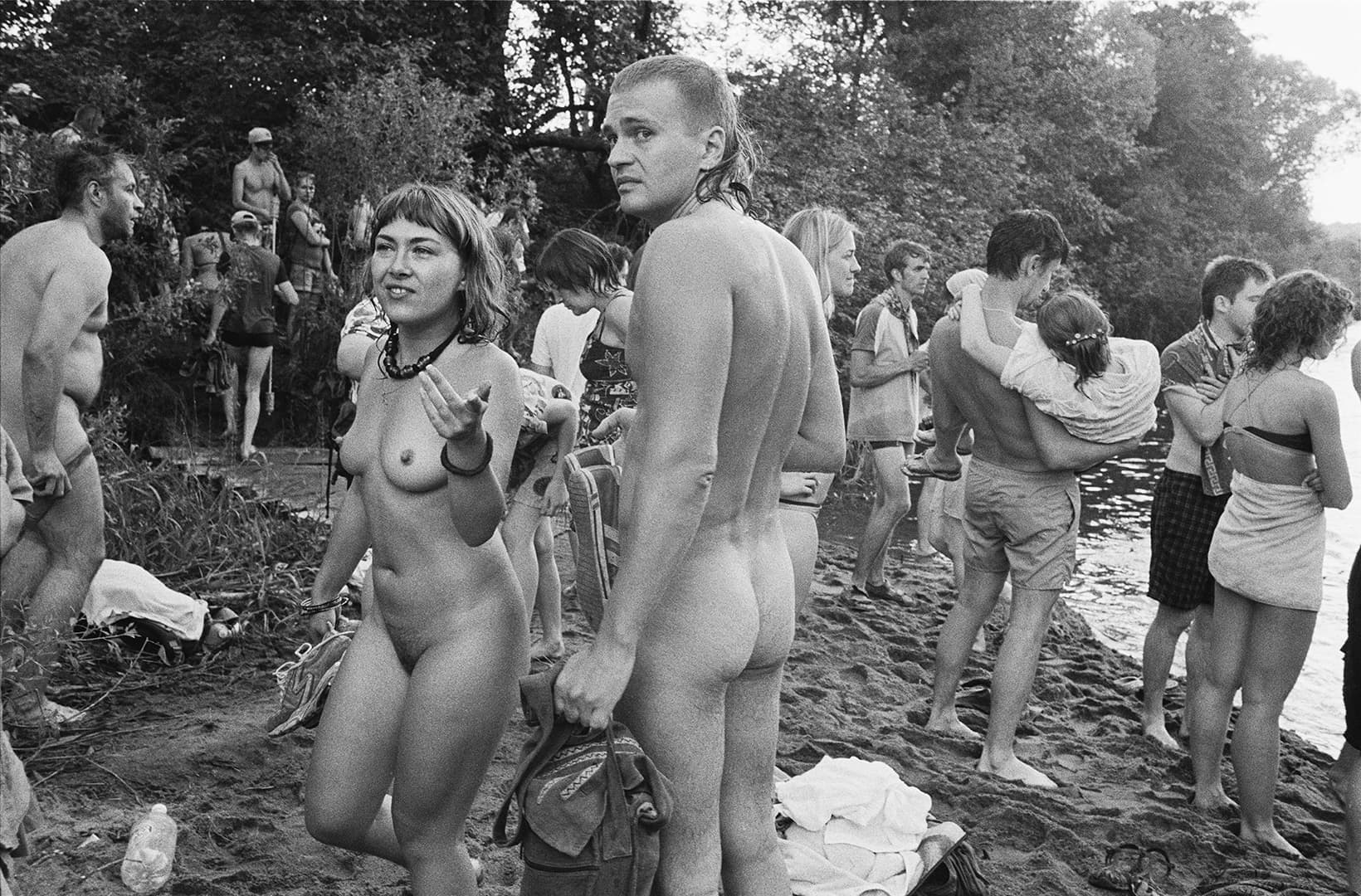 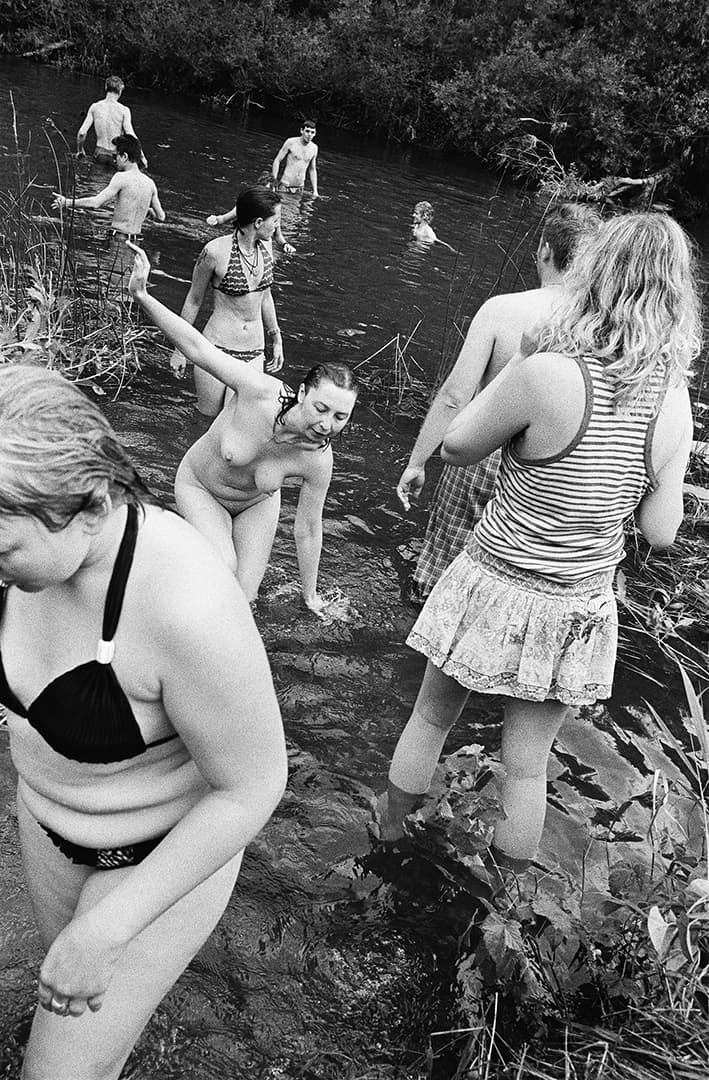 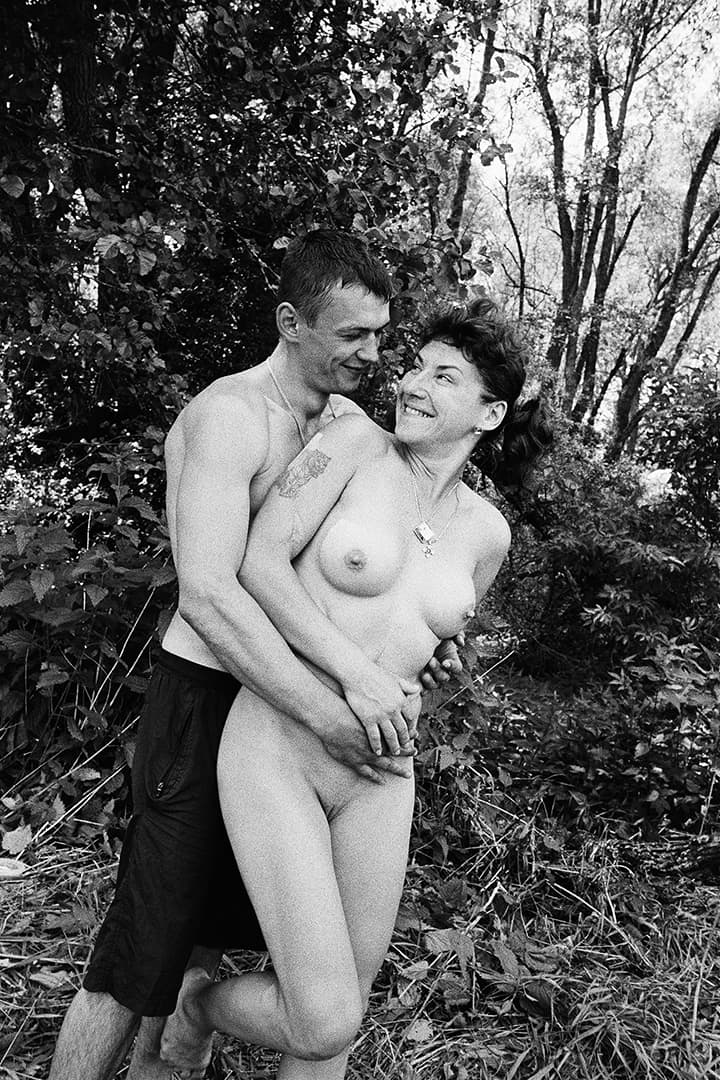 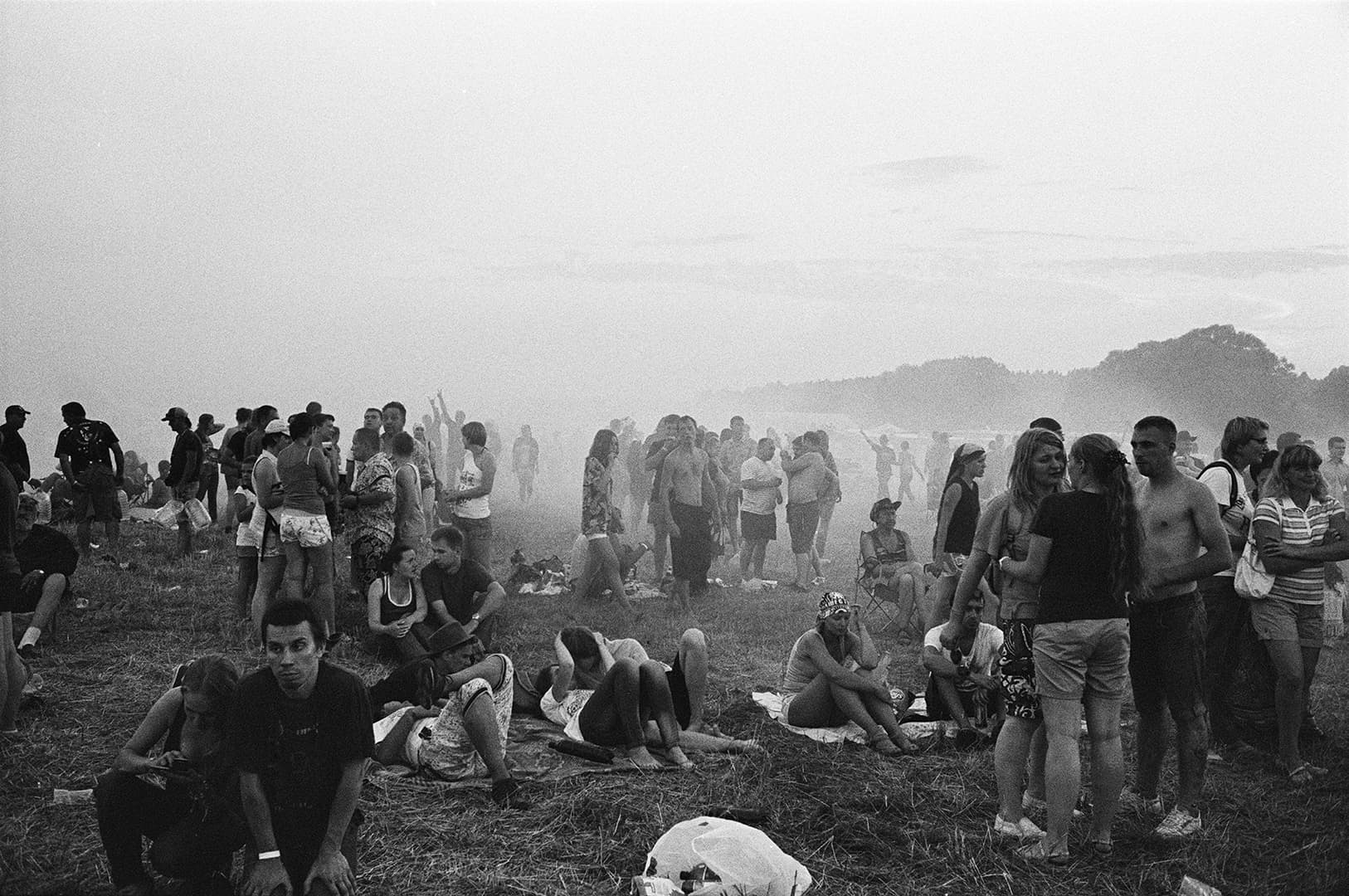 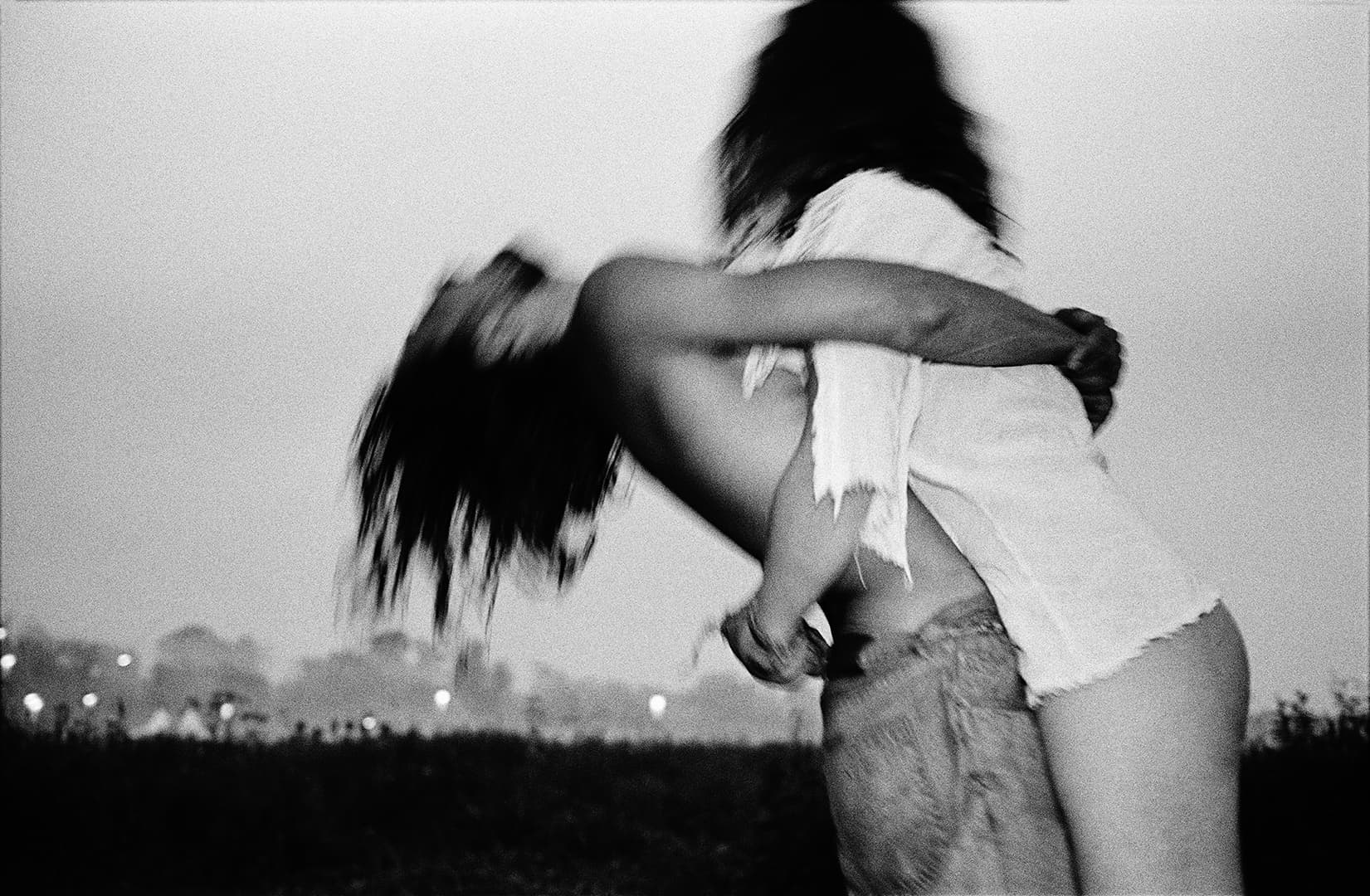 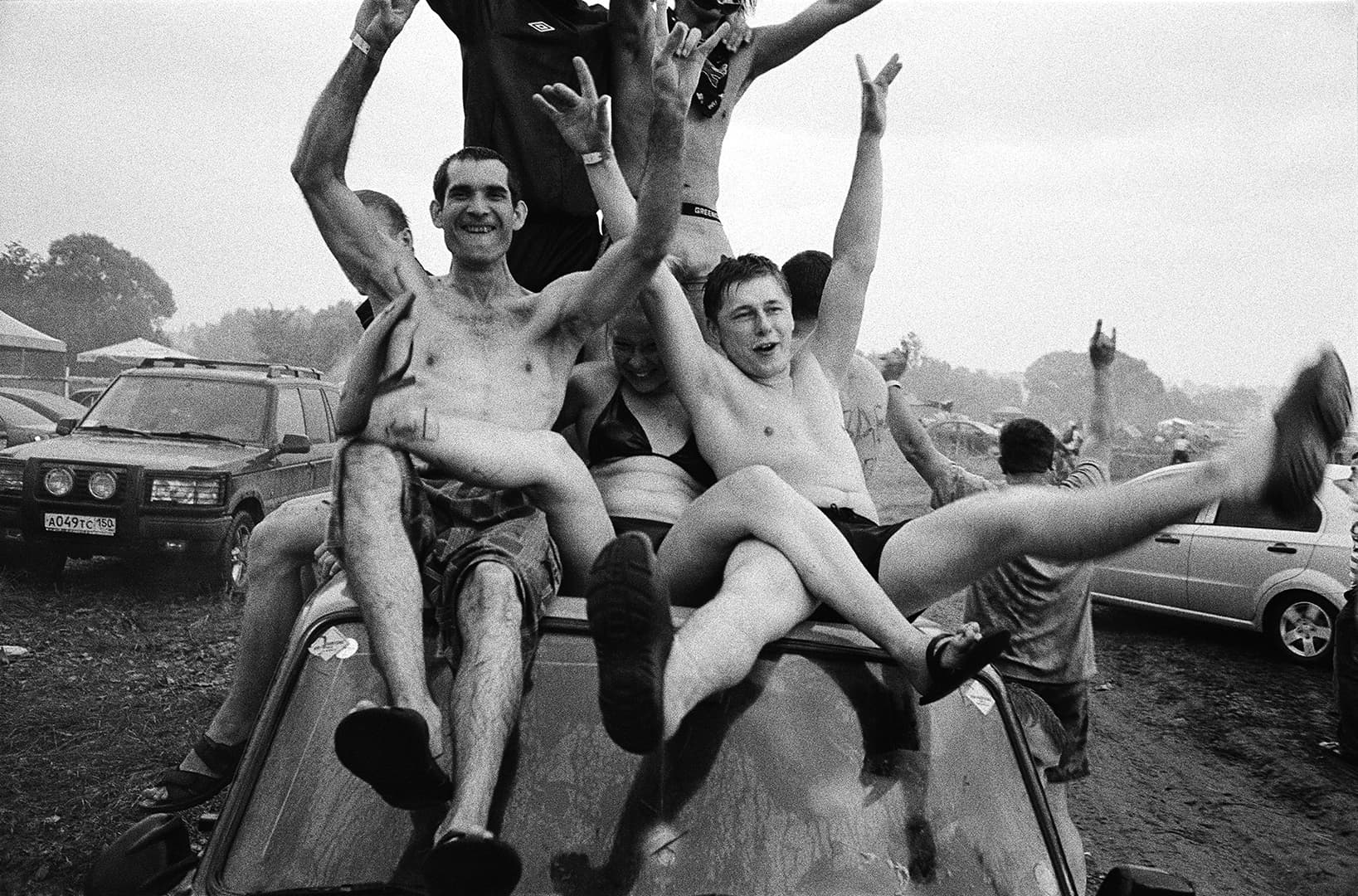 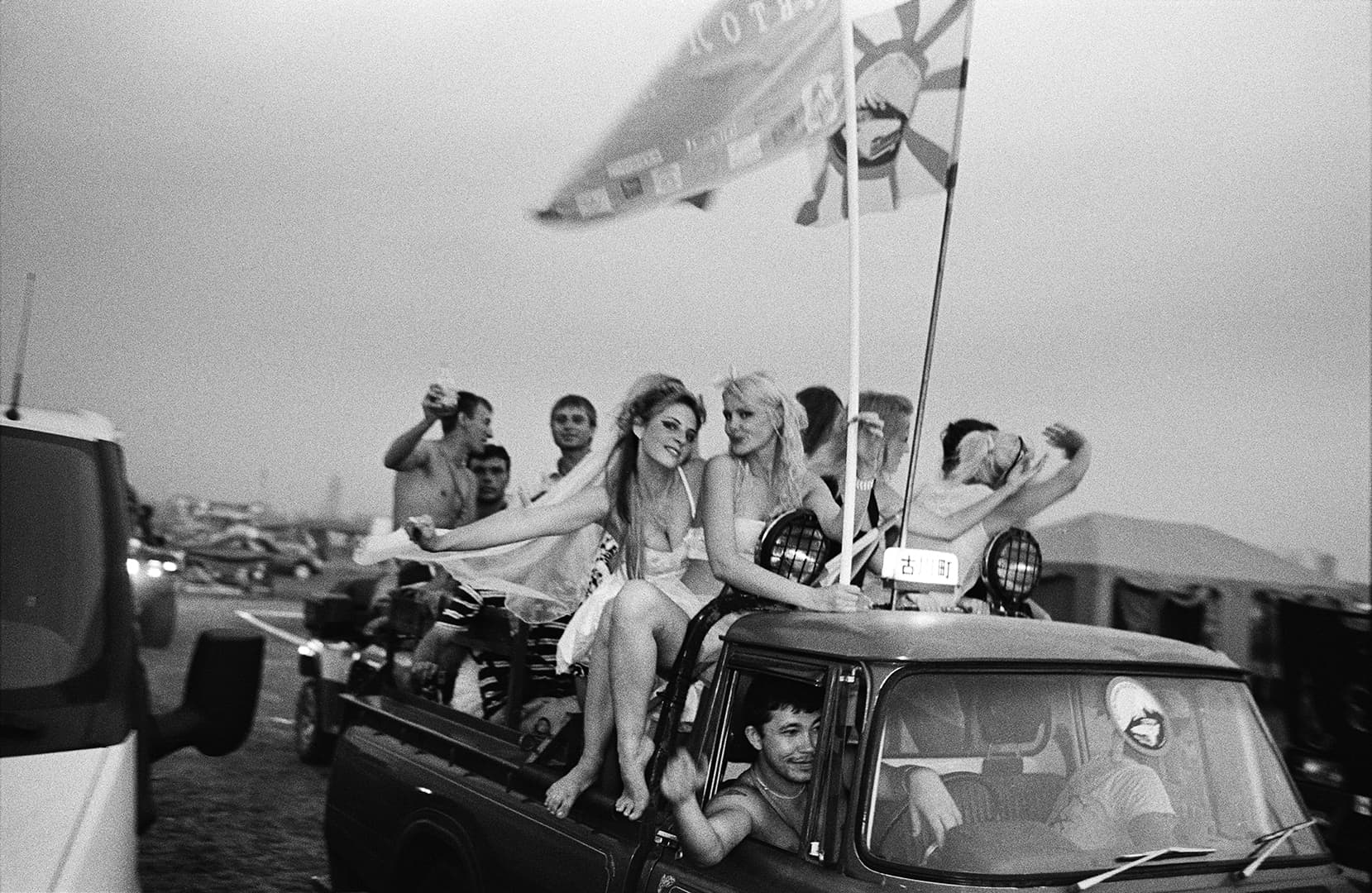 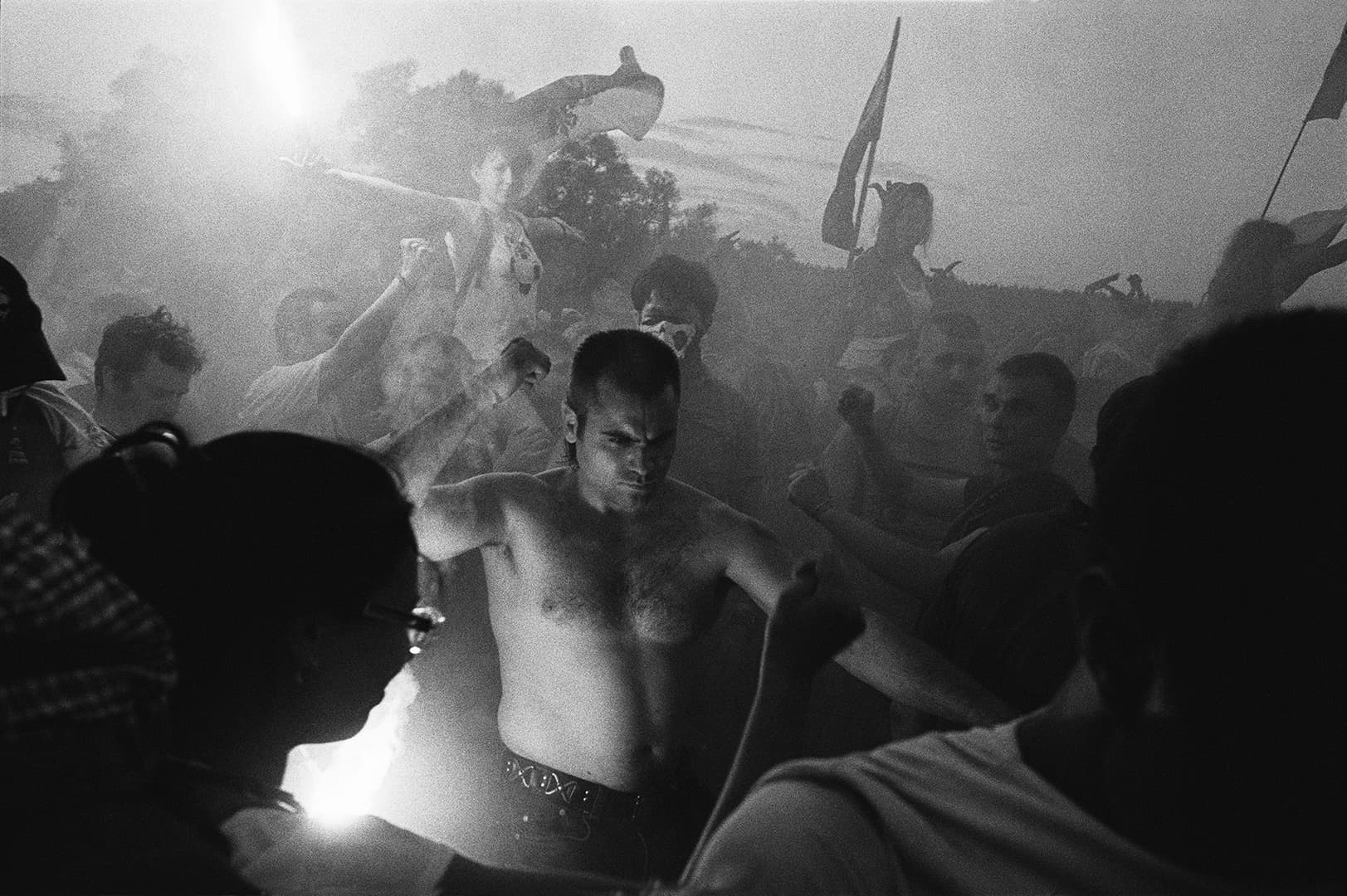 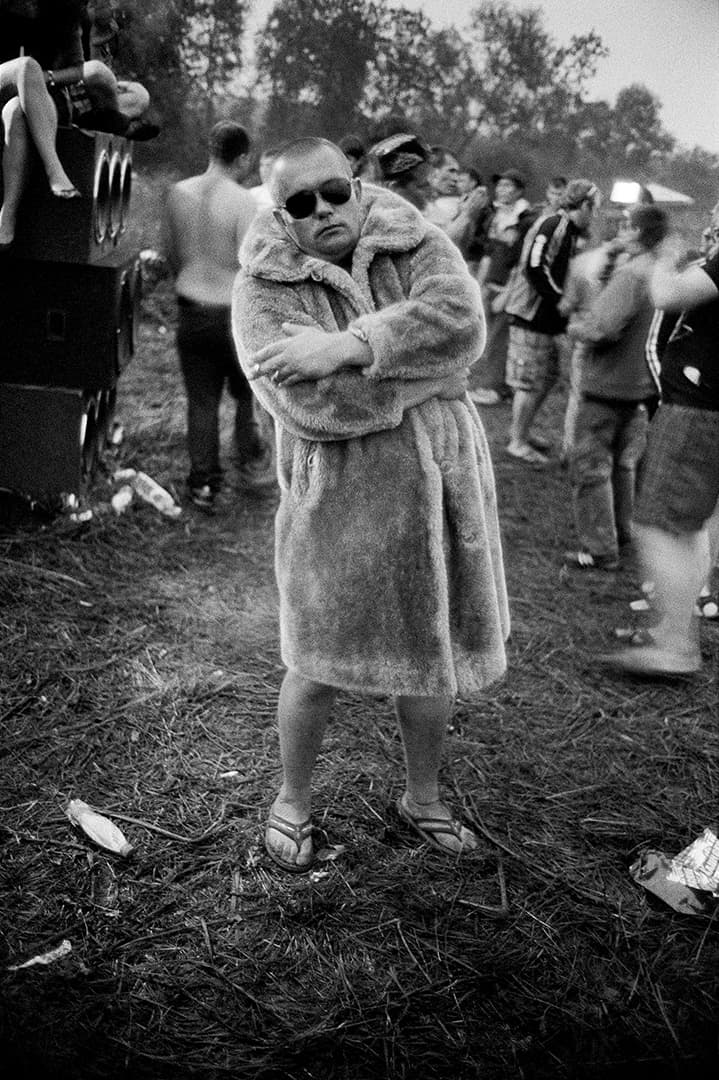 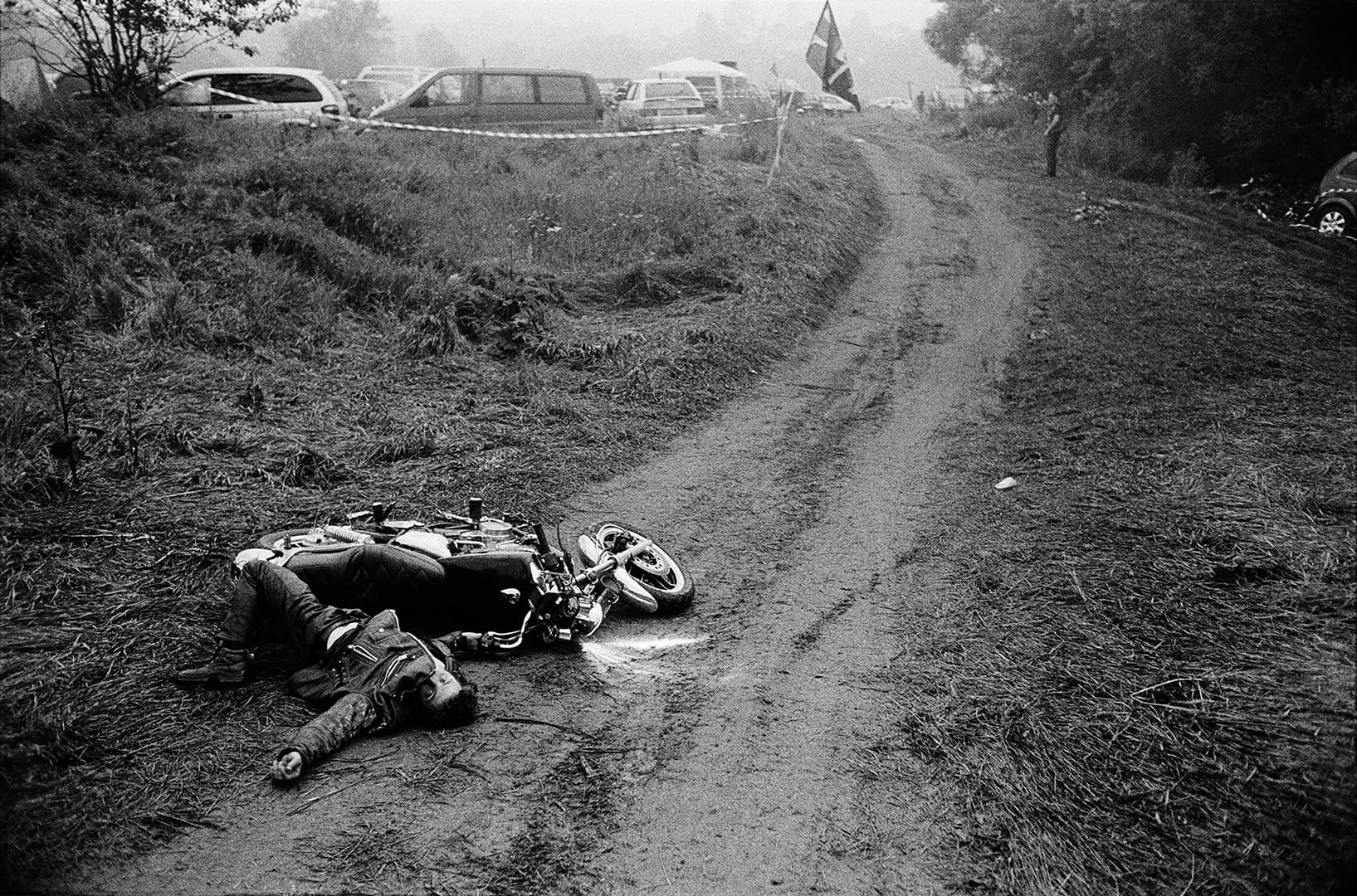 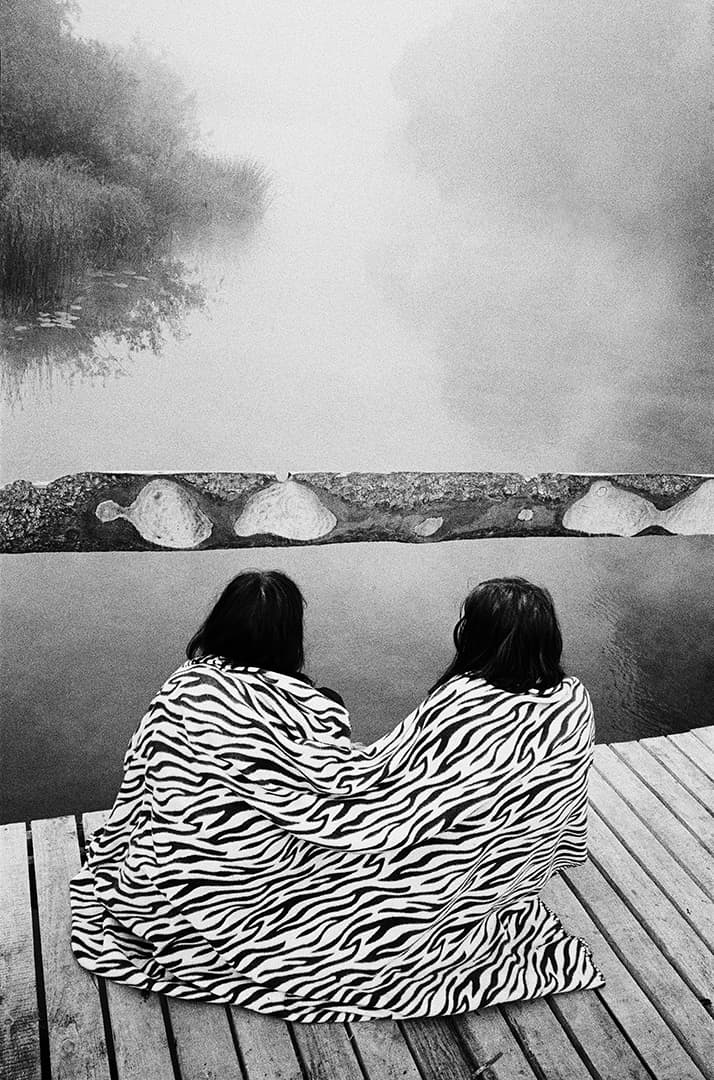 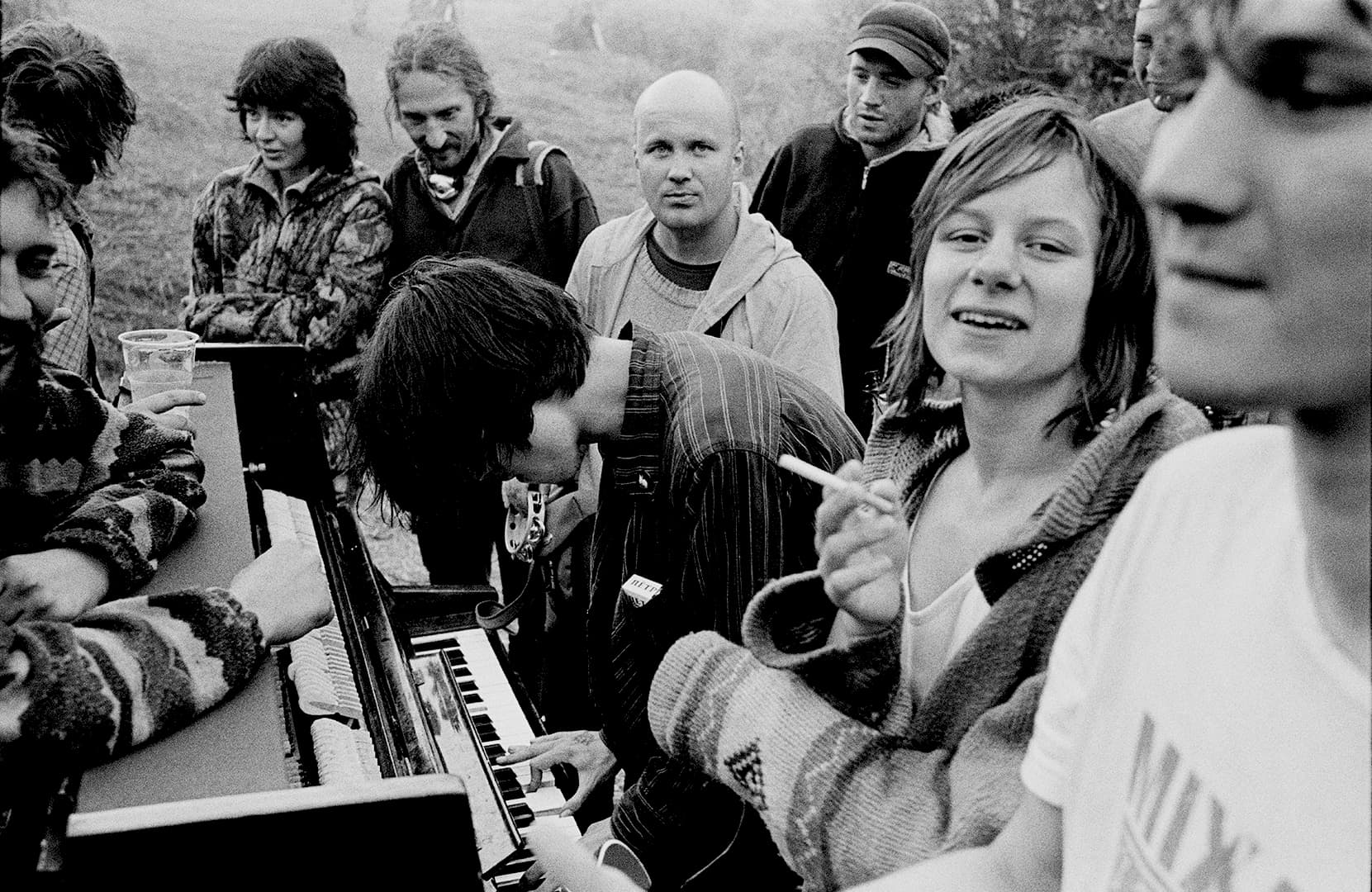 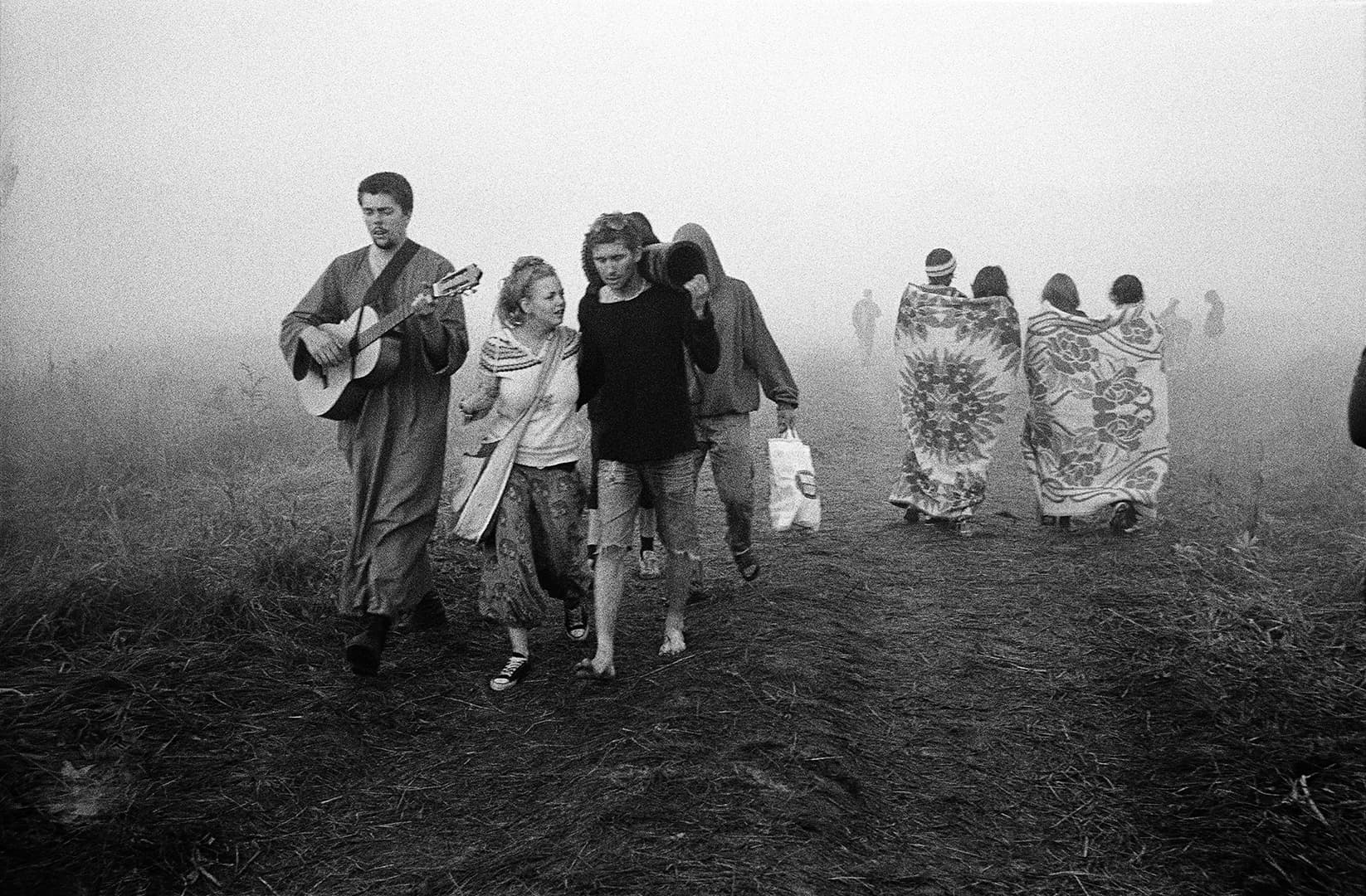 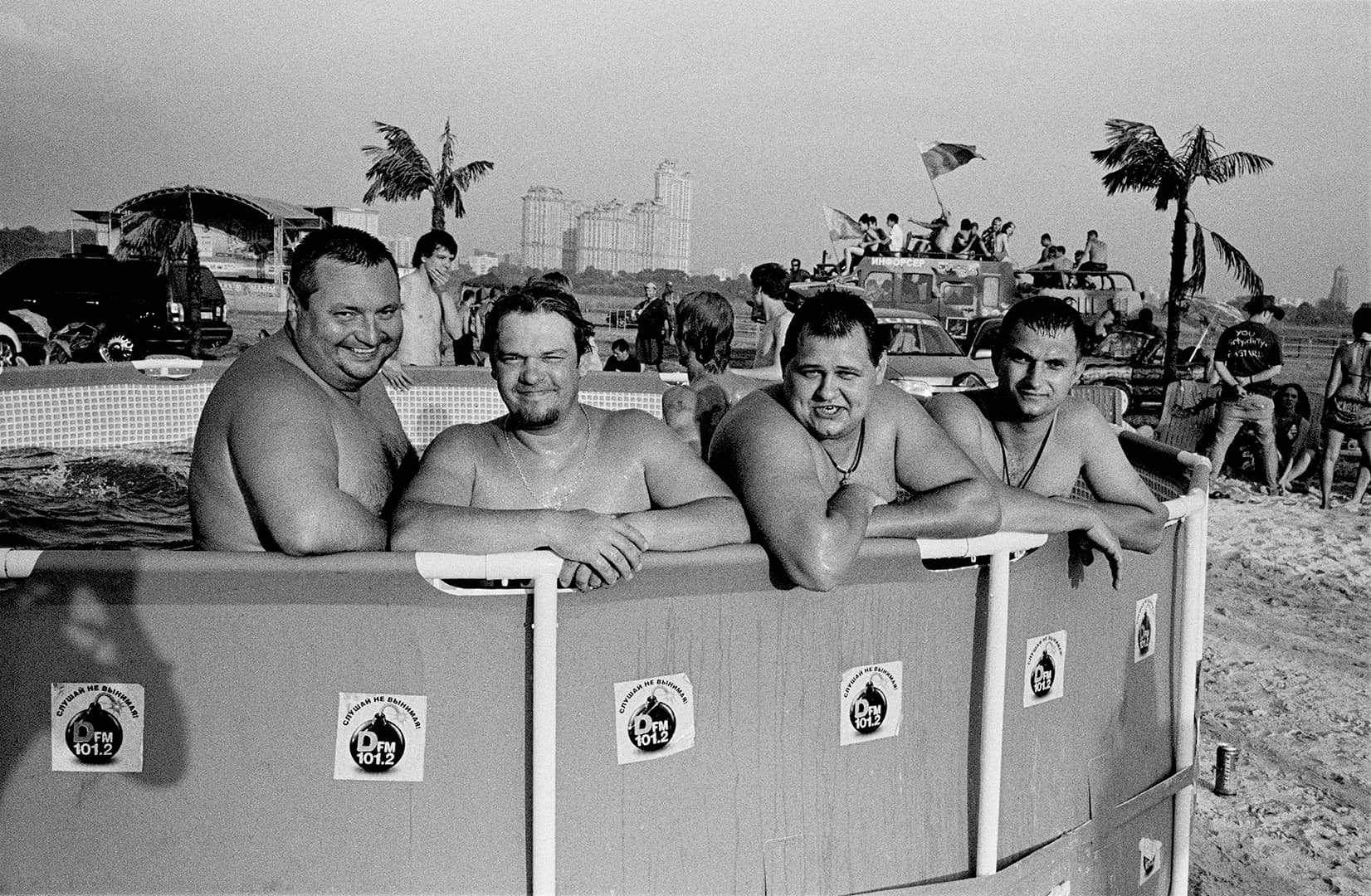 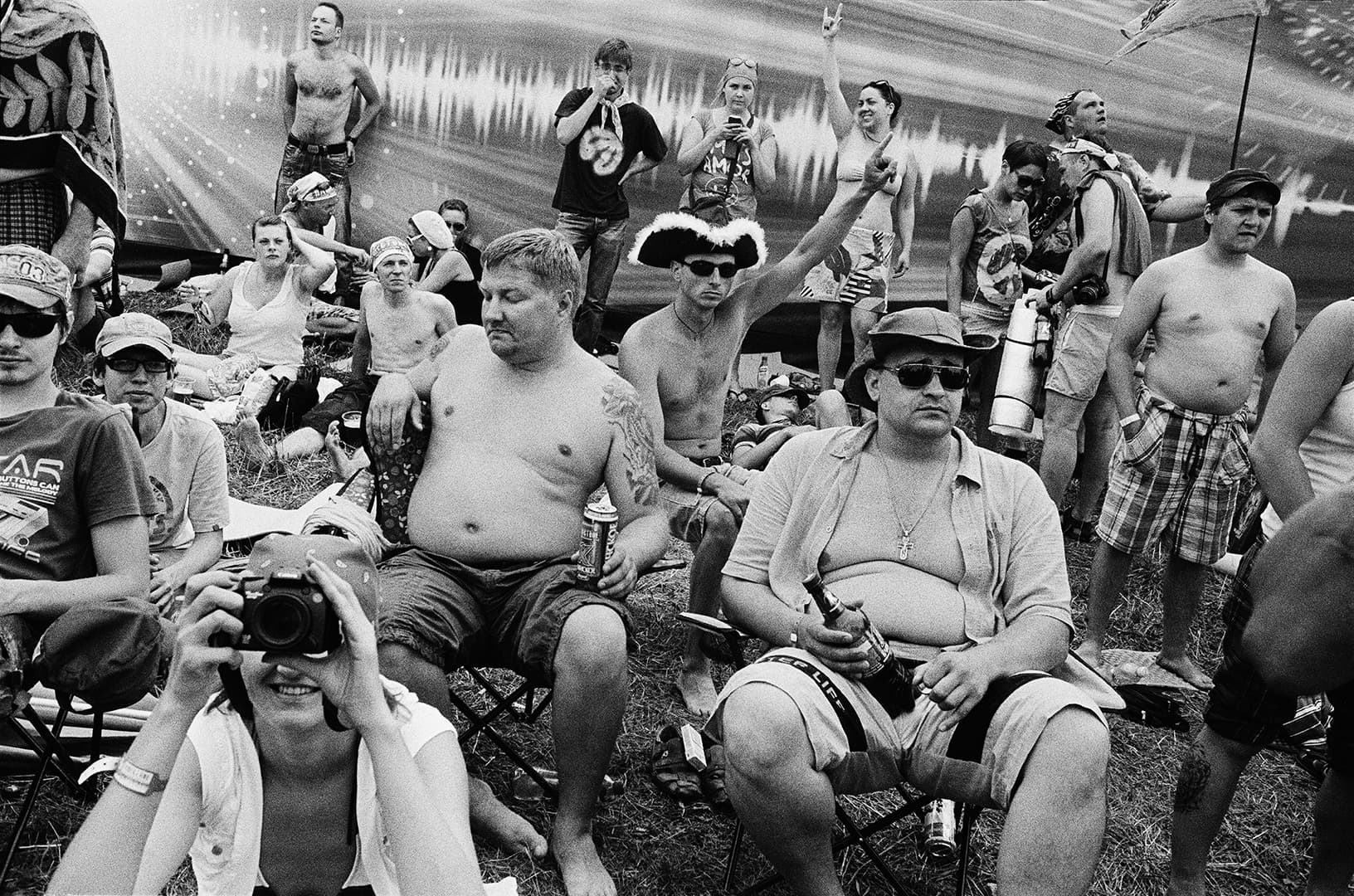 Where I meet Igor Mukhin, he is usually without a camera. And I have never seen anyone look at this man the way his characters look in his lens. I think that besides the camera (which I have spotted on him only once, at a demonstration – he skirted the crowd with it) there is really nothing about him that would entice people to the celebrated sincerity with which his characters open up. This vampire-like search for openness, or rather the ability to guess or wait for a moment when it gleams on faces, must be the basis of his technique. I suppose that he sometimes needs to wait patiently for the characters to go through every stage of their revelry until this gleam Mukhin wants appears in their eyes. He only goes to places open to absolutely everyone to find it. Social gatherings may seem like the lazy photographer's choice of venue – one simply goes with the flow. Still, these places too need to be studied and known. Now, by in the second half of the 2010s, such thoroughfares have been disappearing, says Mukhin, an expert and even already an antiquarian of common space. He does not care about forbidden territories, closed subcultures, rare shots or even an elementary sociology of the masses he studies. He is not likely to venture into the underground, he is only interested in what is on the surface and already laid out for all to see. The topography of his photo-hunting comprises utterly democratic and accessible spots – or such is the illusion he manages to create. Mukhin himself says that he is interested in recreation. But not recreation of proletarians after labor, viewed through the concept of class, as in the work of Soviet photographers of the 1920s, nor social anthropology of the middle class under capitalism, which colors the beach-strewing, dumpling bodies, formed by consumption, in tender acid hues on the pictures of Martin Parr. Of course, Mukhin is something of a beach-going photographer himself, a gadfly that tries to hover nearer the water and uncovered bodies close to it. A crash of decorum, a drop in tension that prevented an opened gleam during the working week are what Mukhin characters' recreation is about. It makes the viewer wonder about what these people do and what their station is. It can be anything, although typically they look like something on the fringe. These people might be managers, public officials, scientists, clerks, odd-jobbers, software programmers, hitmen, thieves, policemen, or perhaps they do not work at all and the weekend is a permanent state for them. Whether on the picture it is day, night or dawn, the opened gleam does not come while fun peaks. It does not come at the hour many photographers are after, the hour of drunken sex and fistfights. Whatever the actual time of day, the moment can be called the dawned hour – when no one has yet sobered up and inebriation has simply reached a new phase of faded protections. The bodies are not tense but fatigued and supple, the faces, instead of repelling the lens, gift it with an almost ante-mortem frankness and vulnerability. A photographer has to stay put until the very end, of course, to get this. Why are all these people so trusting about his presence? I have never seen anyone being exceptionally forthcoming with him in a conversation or given him, himself, this special look.