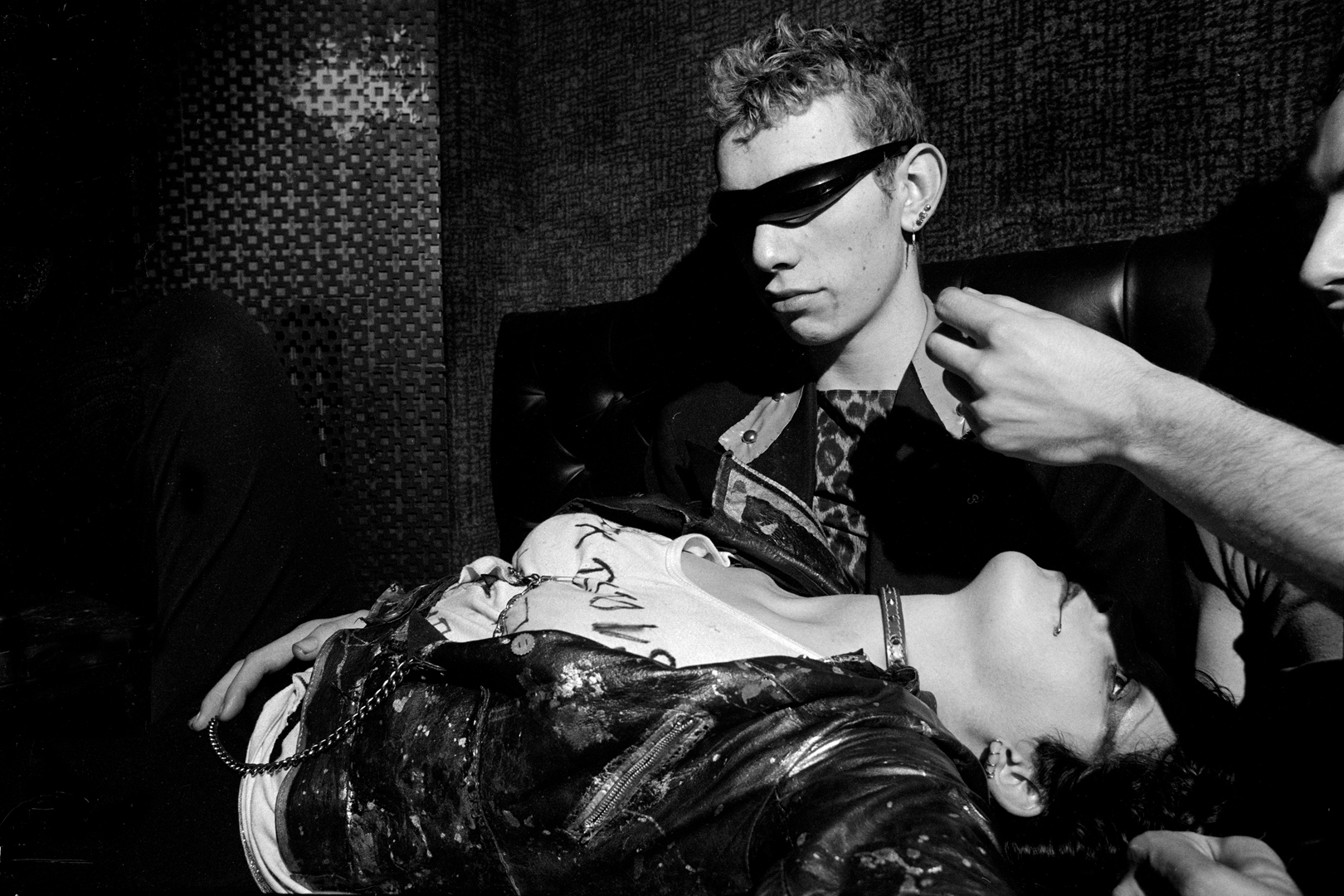 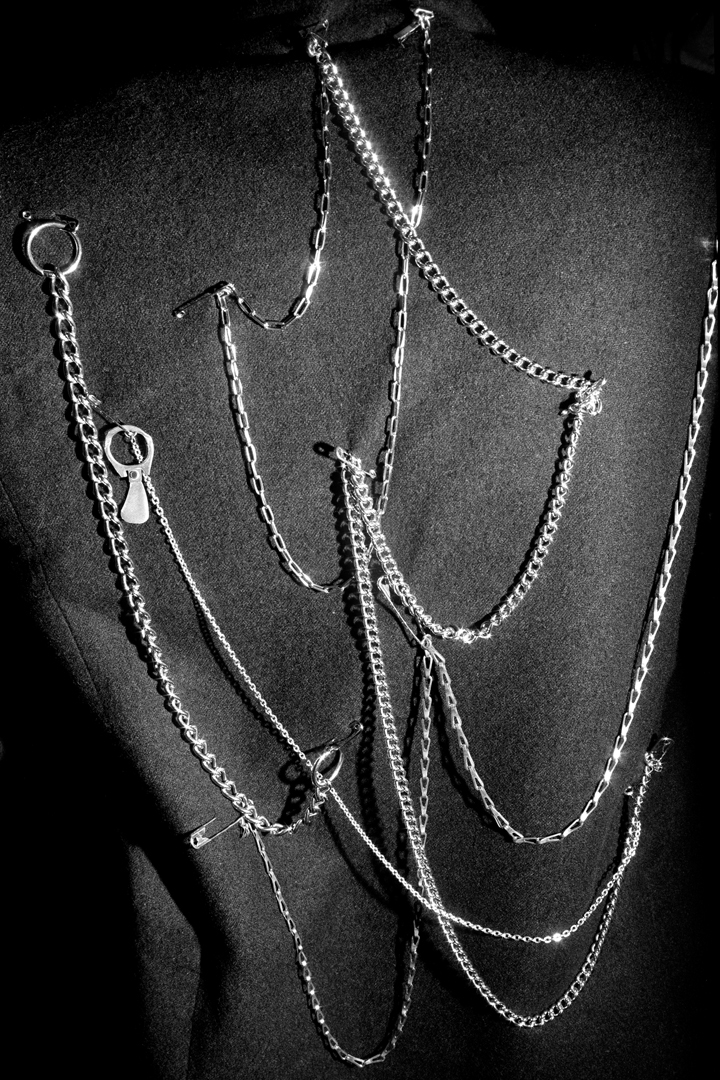 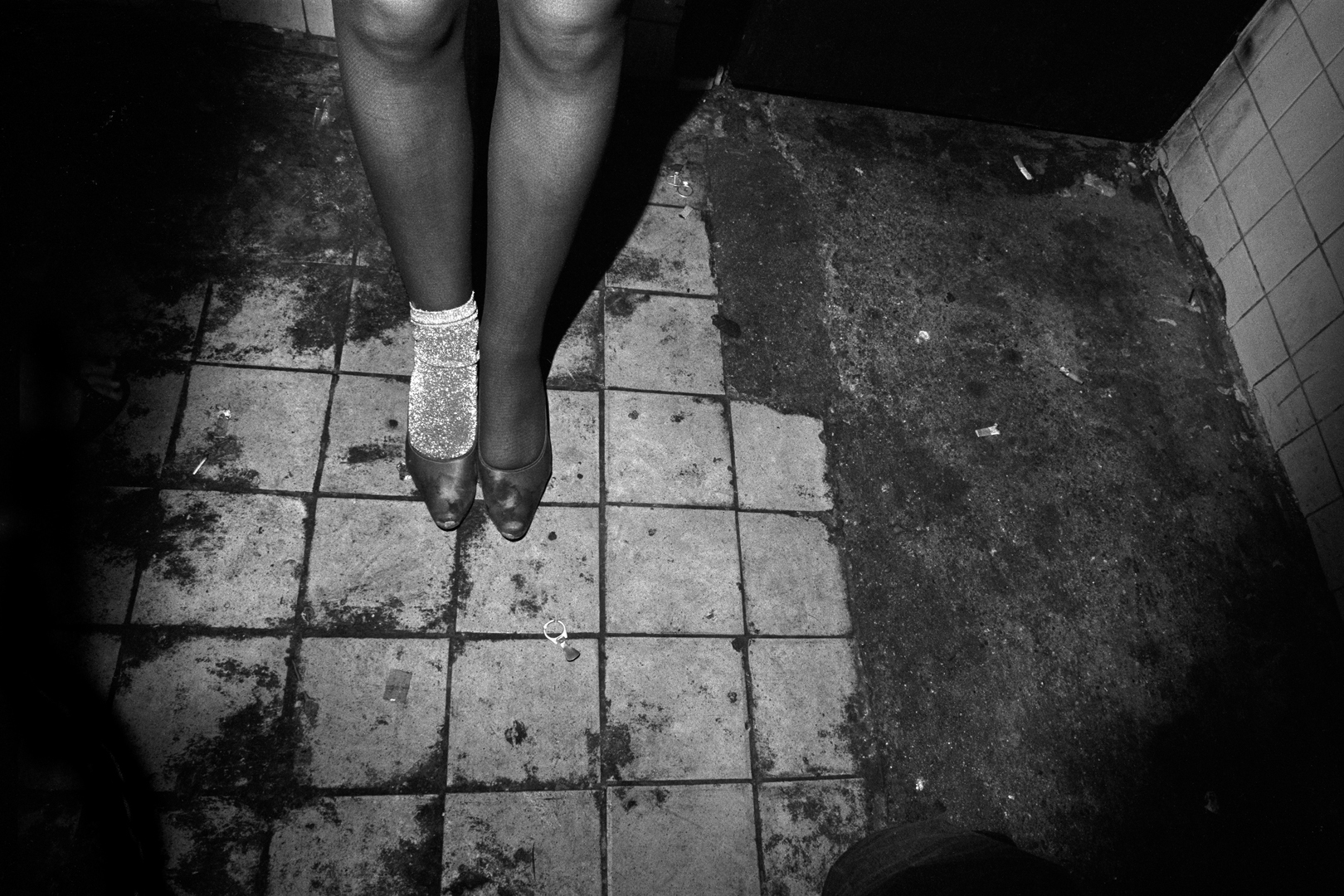 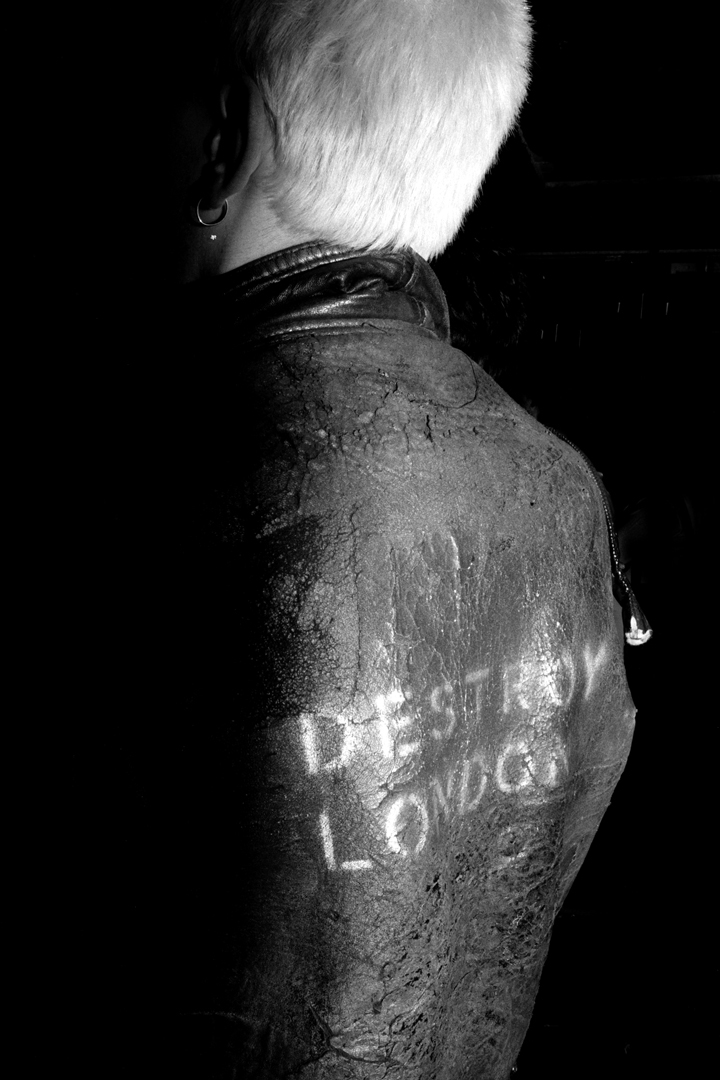 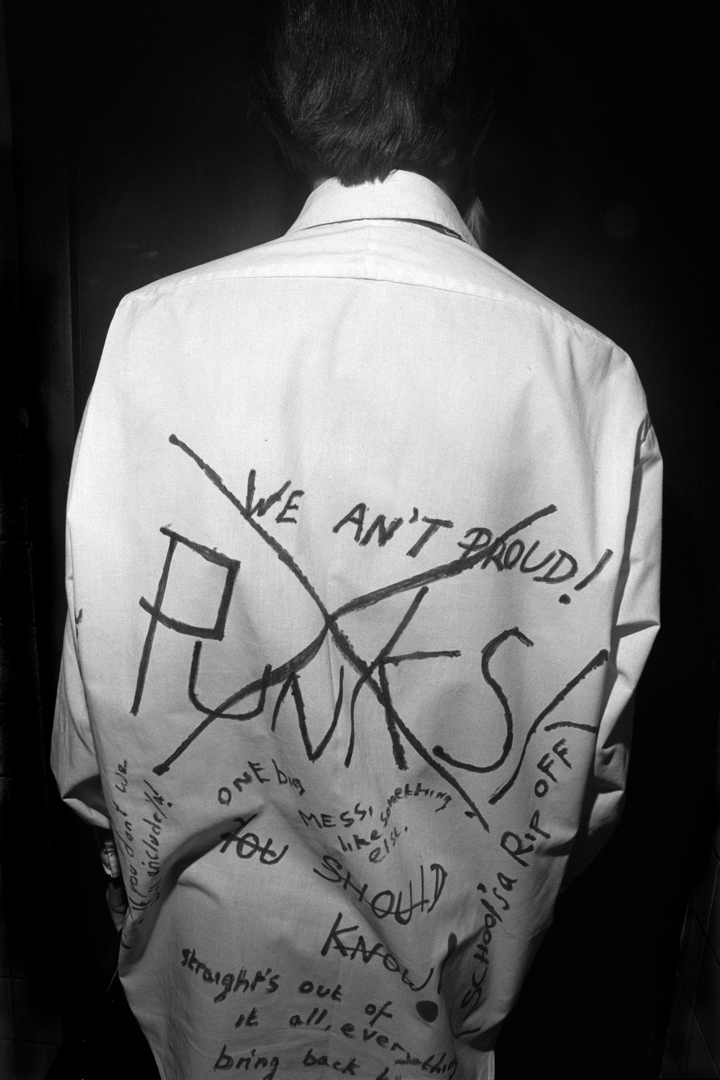 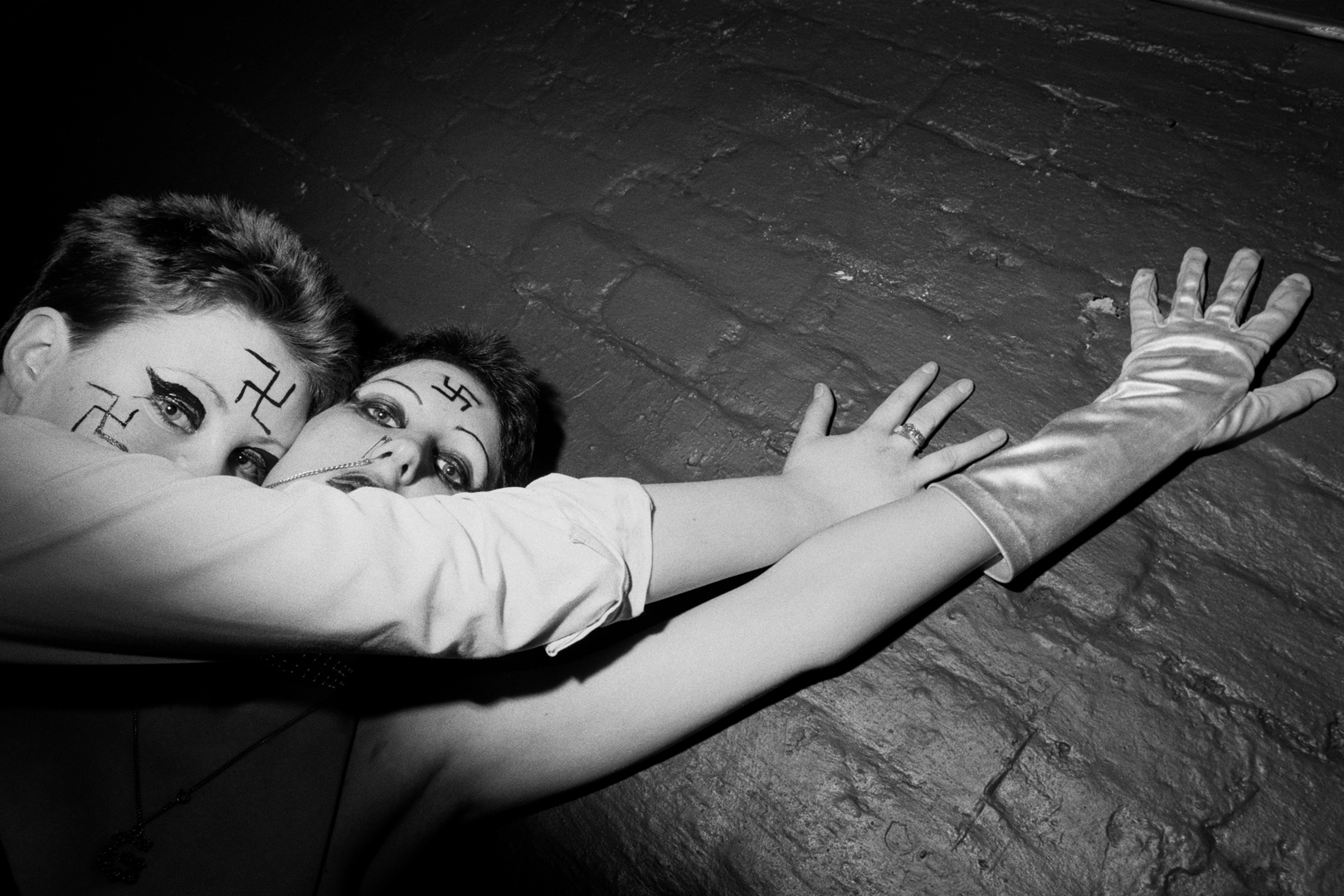 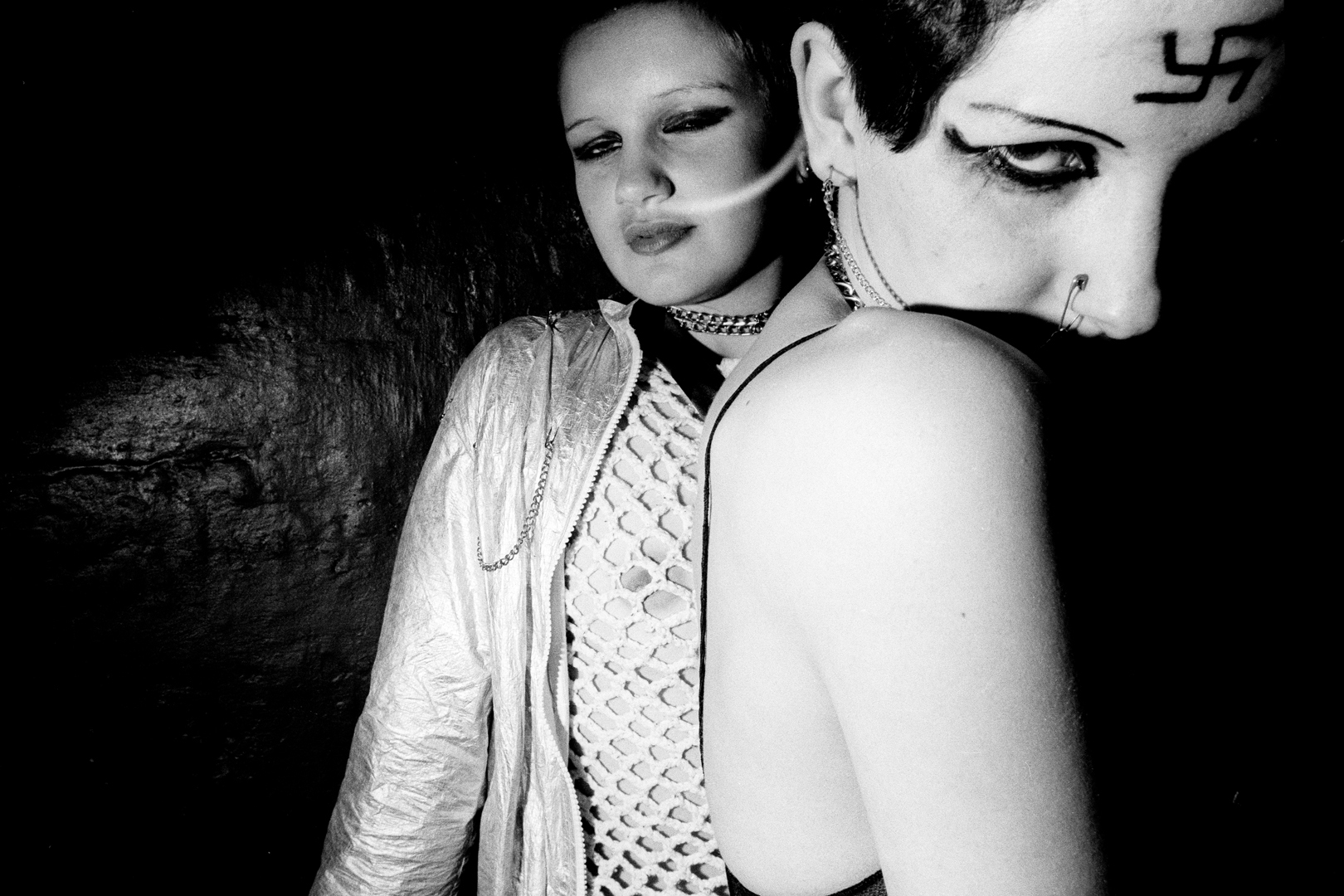 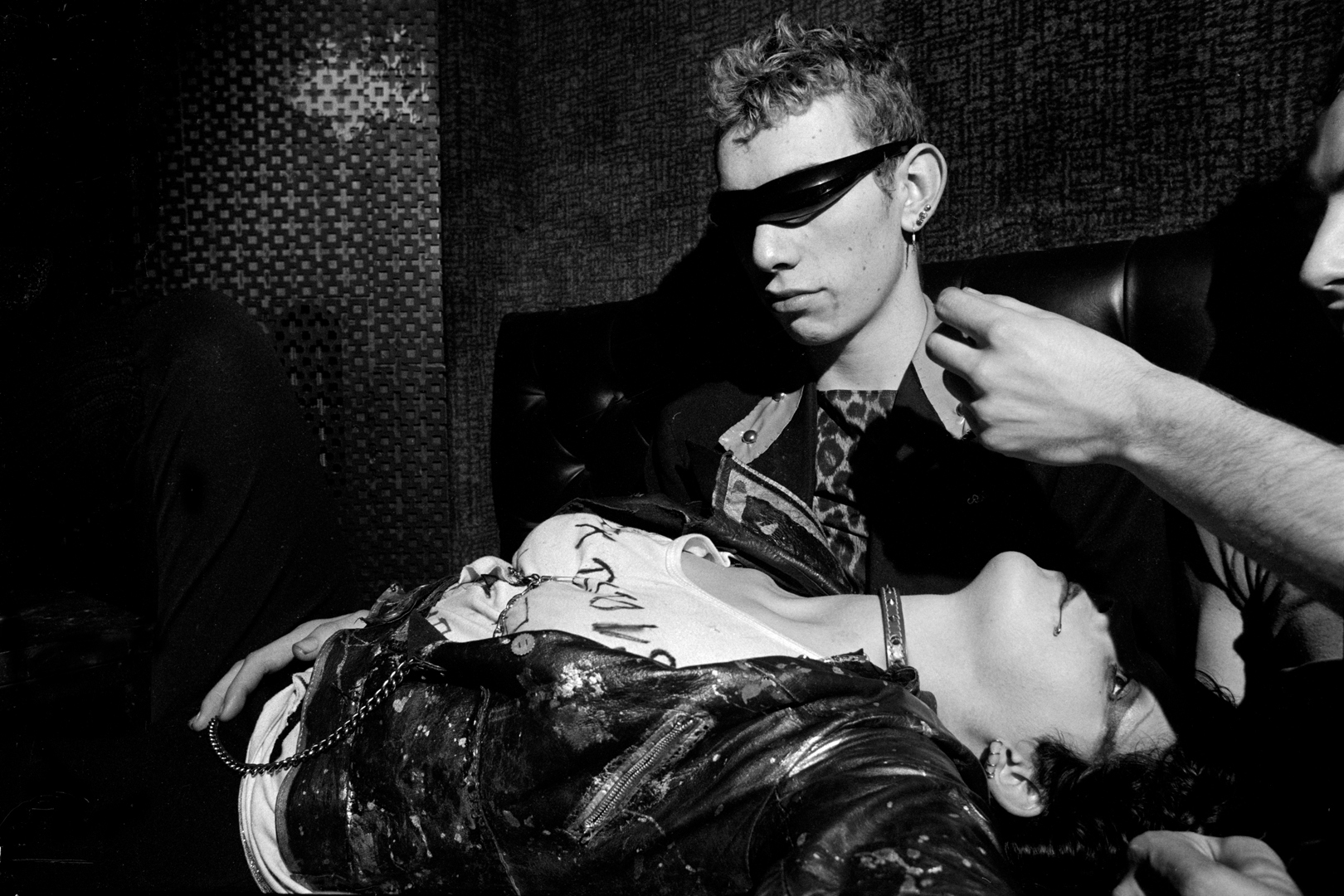 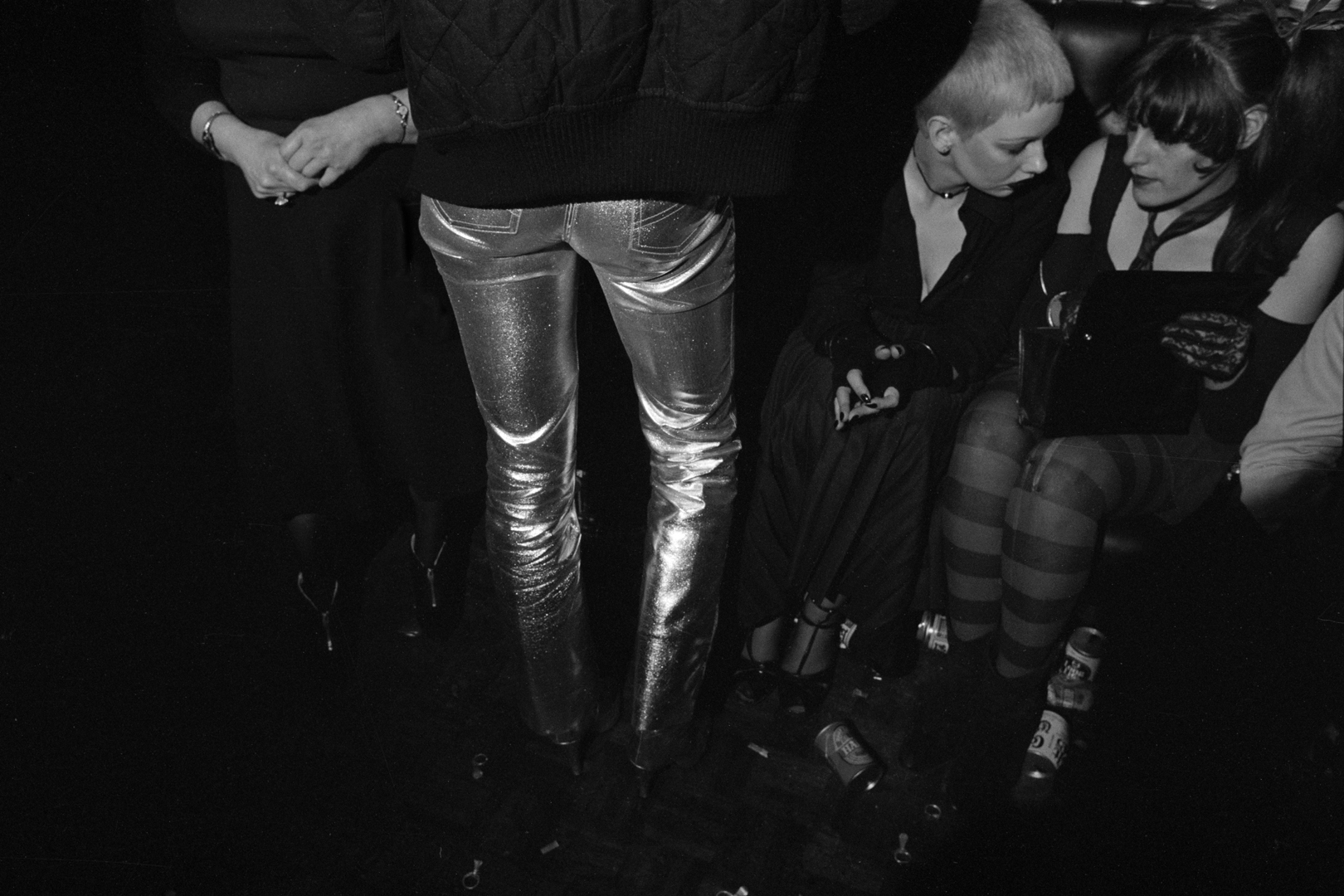 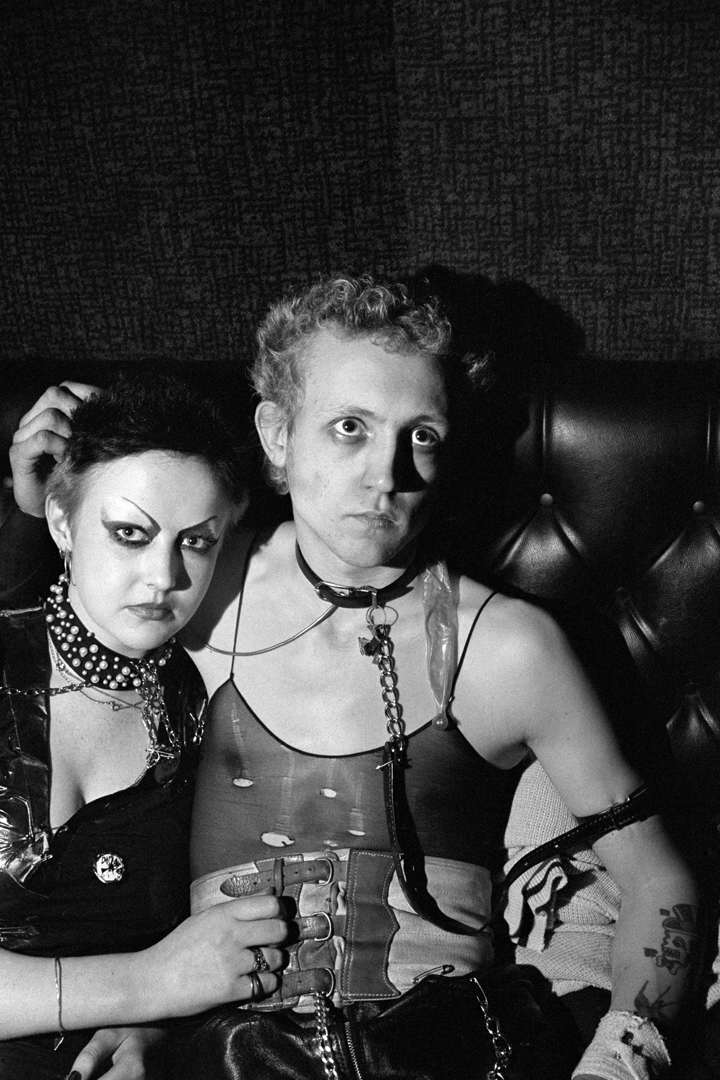 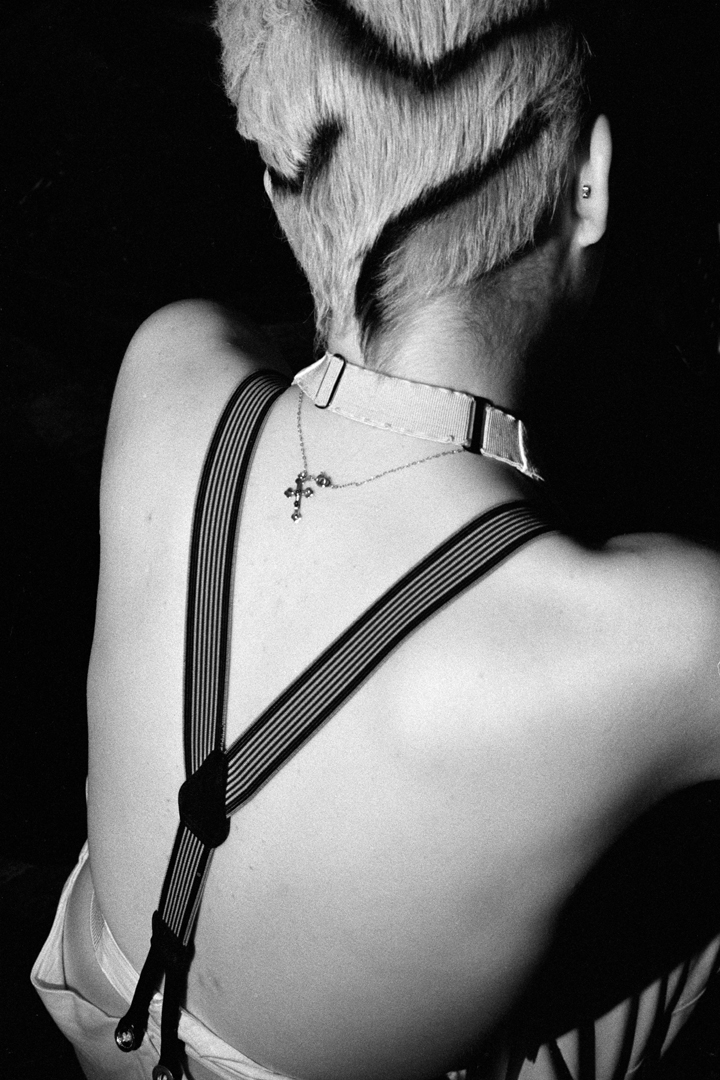 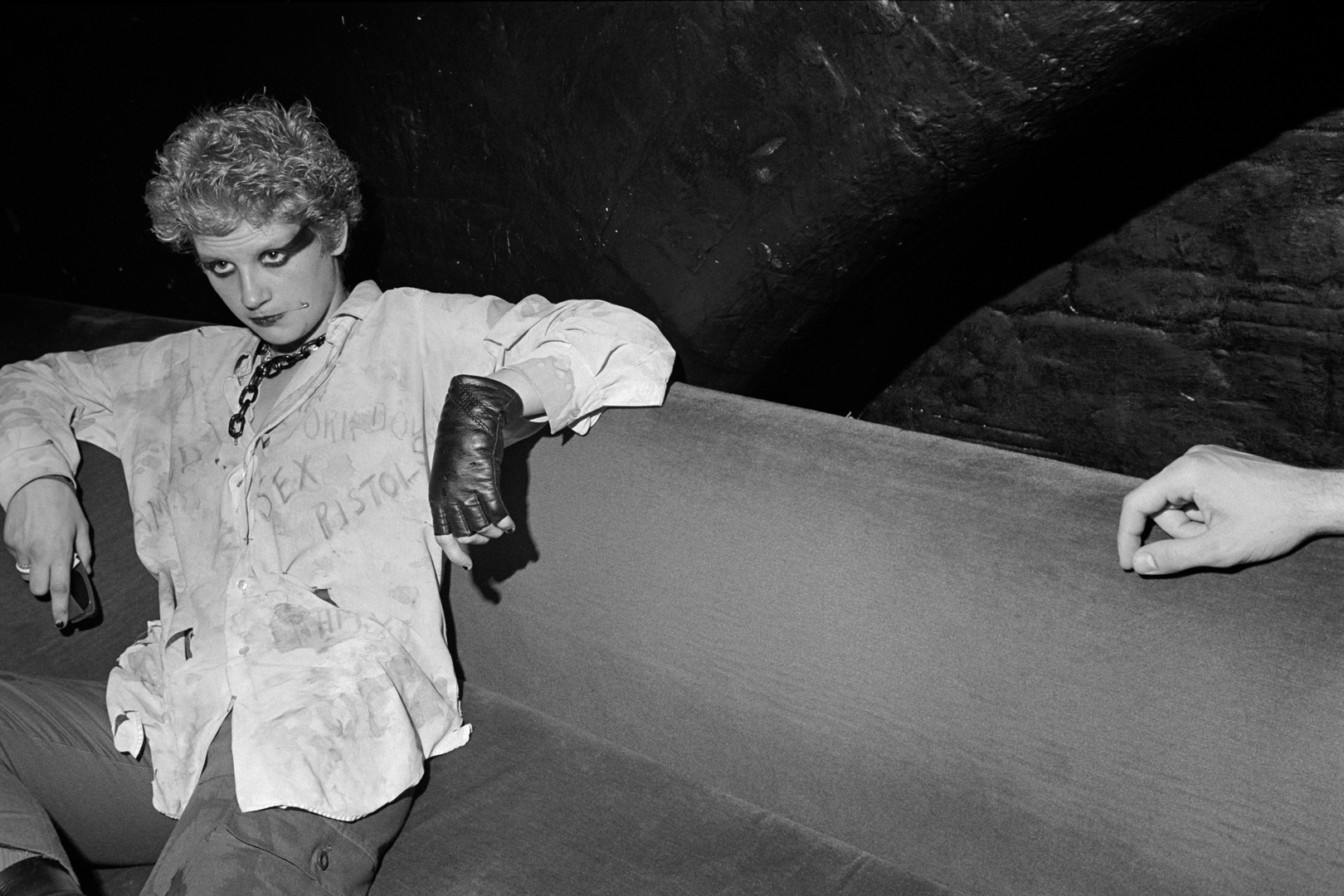 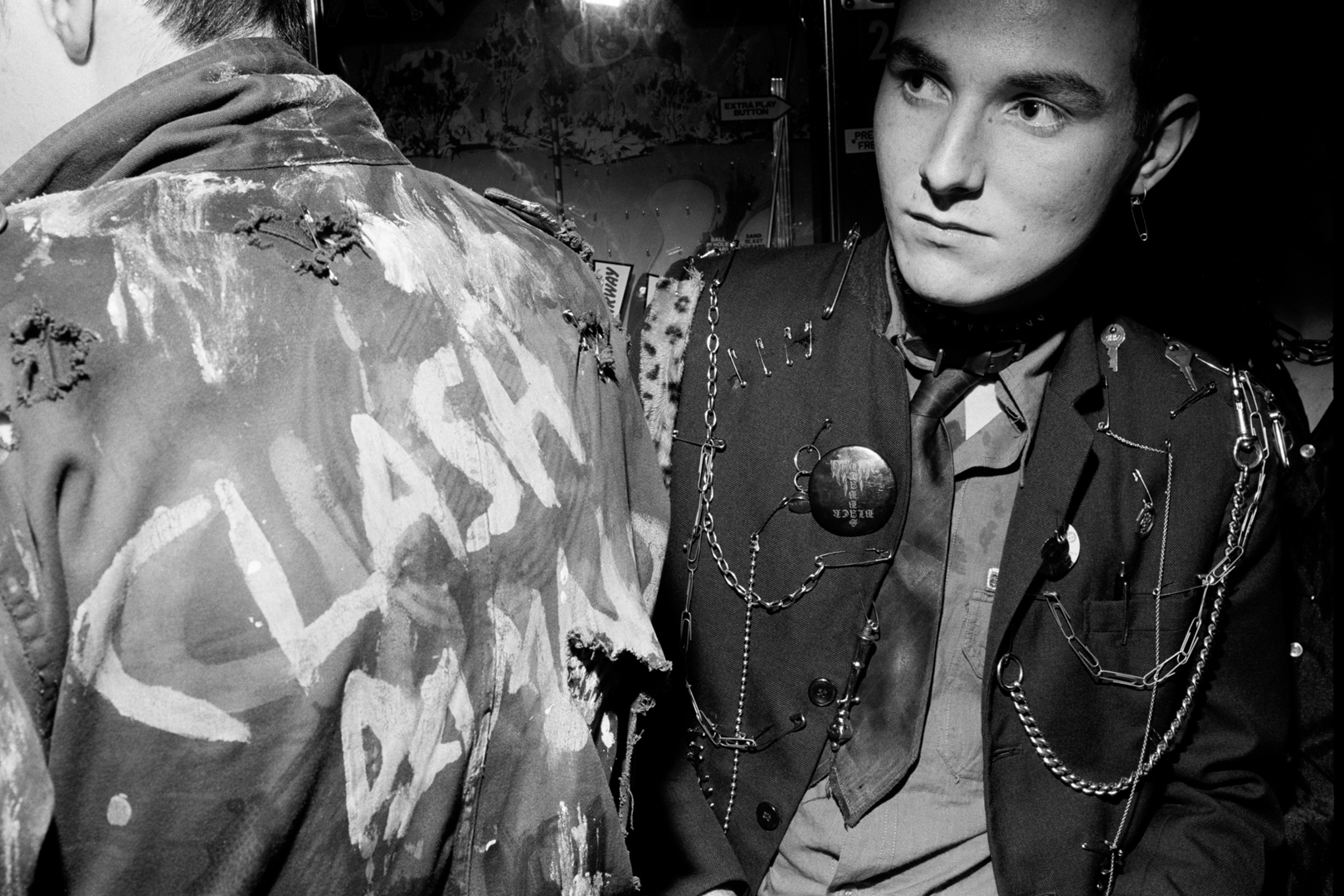 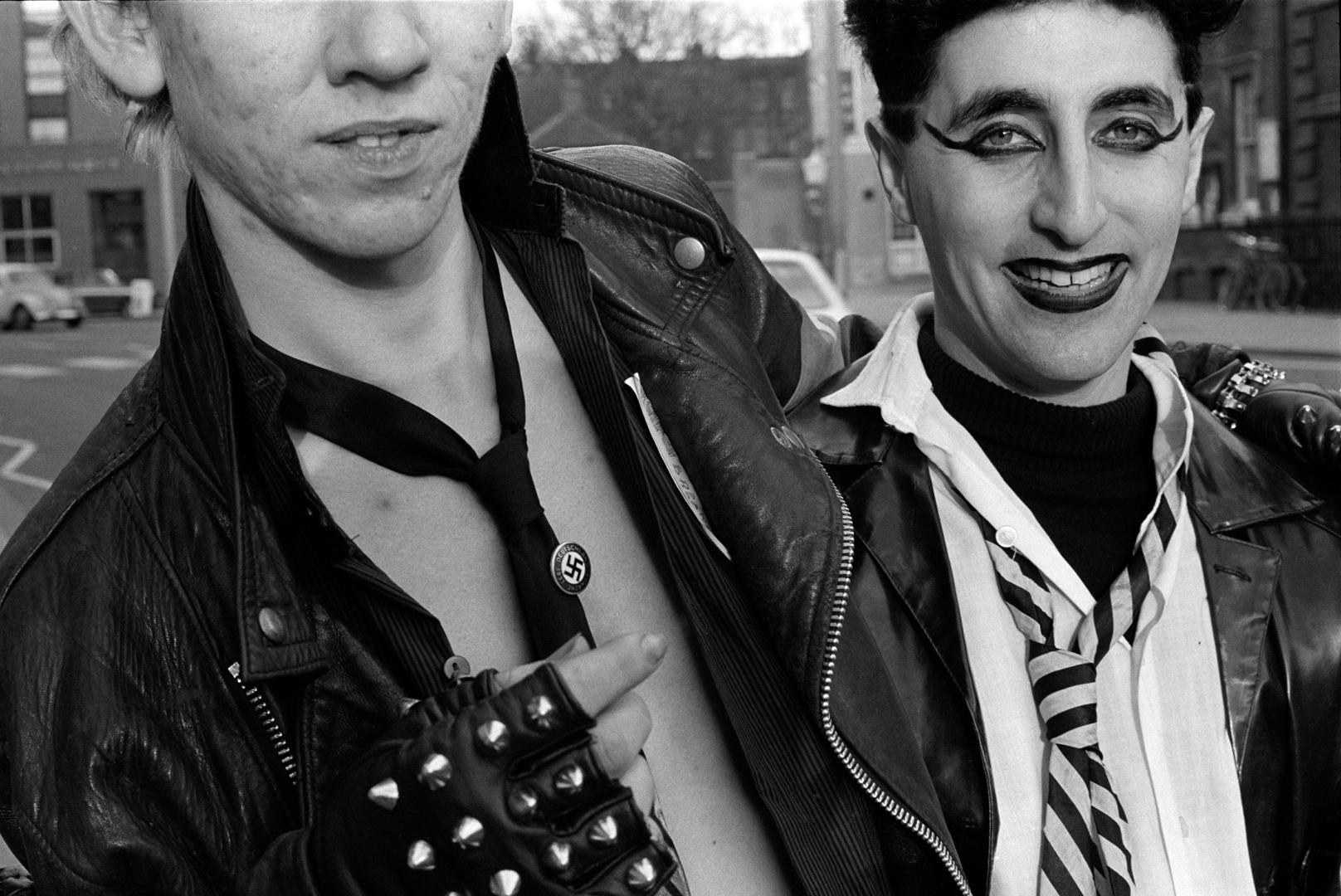 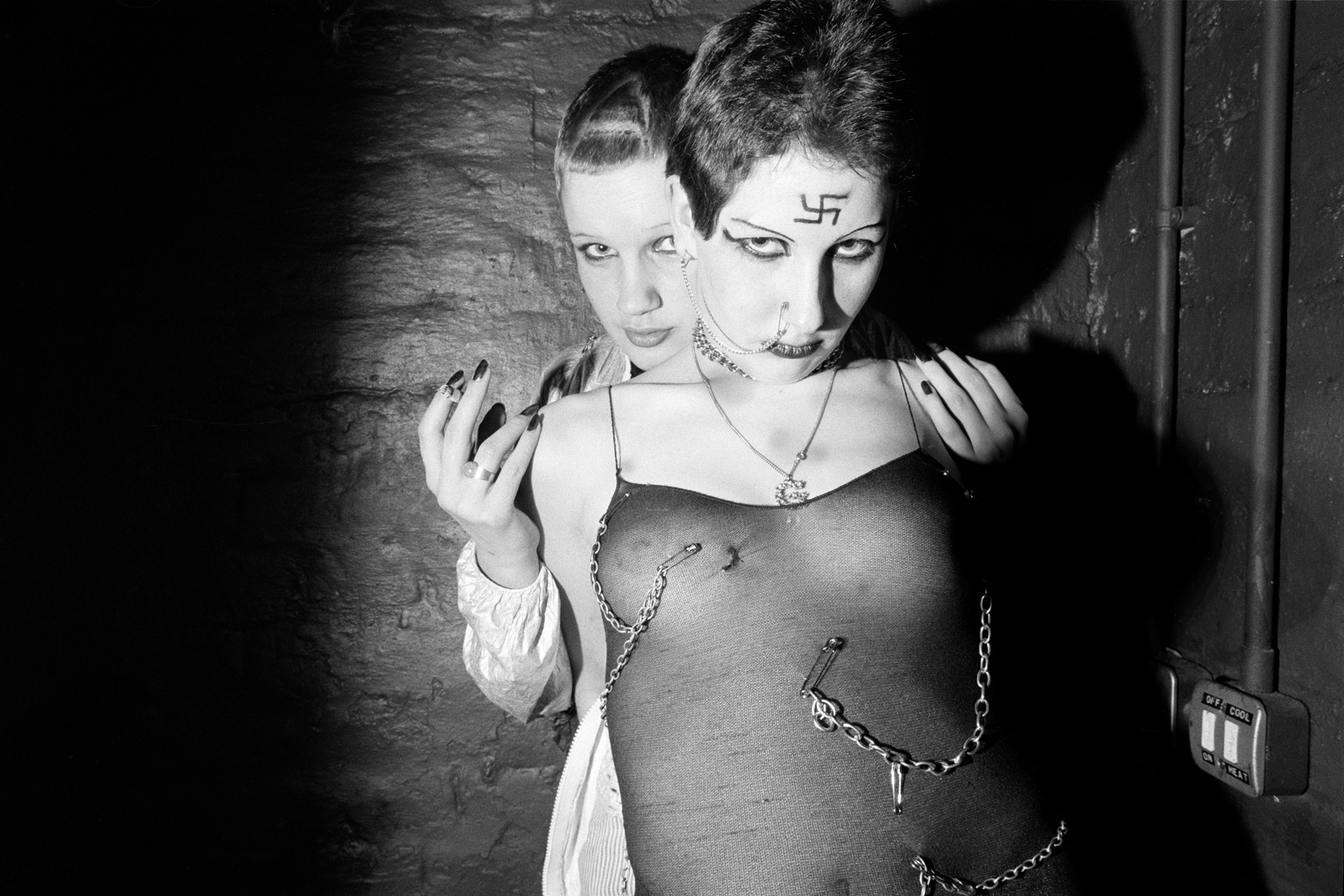 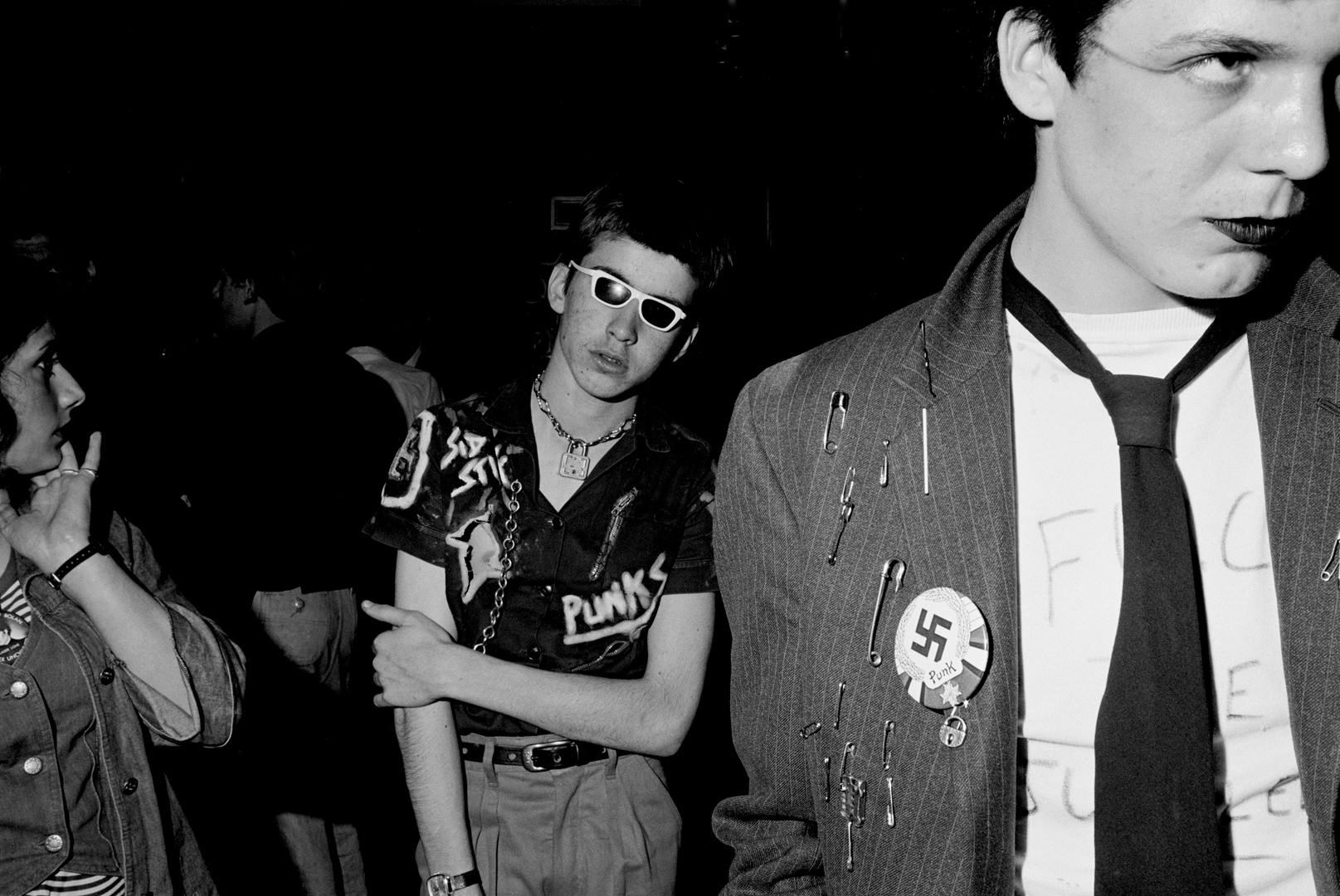 Scum, low life, rotten, worthless: the word punk is saturated with signification and of course predates Punks. This word now designates, without defining, a style and an attitude predicated upon disenchantment, nihilism, visual violence, and theatricality. Punks were young but did not like the cult of youth.

Some were still at school, others were already out of work. Those who worked during the day were punk at night. In Europe at the time, about 3 million youth under 25 years old were unemployed. The celebration of the patriotic Silver Jubilee of 1977 in the midst of an economic crisis, was a smokescreen that did not convince many. In the London clubs, where these pictures were made, audience and performers were often indistinguishable. Professionalism was sneered at and lyrics were direct: the dole queue, boredom, politics, but also polymorphous sexuality. There was an inclination for self-laceration, bondage and S&M.

Girls figured prominently in Punk, Ari Up, Laura Logic, Palmolive, Poly Styrene and Siouxsie were among many female musicians asserting their presence at gigs at the Roxy in a music industry dominated until then by cockpower. The Slits definitely had artistic control with their infamous image of themselves bare-breasted covered in brown mud on the album cover of Cut. As they put it: 'We just decided. Let's cover ourselves in mud, naked but natural. Ruin that image that females need to be sexy by dressing sexy.'

Poly Styrene with her discordant and powerful voice inflected Punk with a critical edge which challenged consumerist values and women's position in the music industry . It was also about having fun, with a gleeful desire to shock and outrage. Coming from different cultural backgrounds, (Poly Styrene was of mixed parentage, English and Somalian, Ari Up was German, Palmolive was Spanish) these powerful women created new hybrids, mixing musical genres: ska, dub, reggae and rock with energetic and wild performances that changed the course of music.

The photographs were taken by both of us in a couple of clubs, the Roxy, Covent Garden and the Global Village, Charing Cross in 1977. This is the statement that accompanied our photographs at the time:

'Working together enabled us to control the lighting – flash, often off camera, as well as being able to establish an easier relation with our subjects. Our starting point was to get away from the candid photography strategy of the invisible but truthful hit and run photographer, as well as avoiding the rough, grainy picture associated with that mode of working. We chose a direct confrontation with our subject. This is why our pictures are posed, affirming our presence instead of eluding it. We attempted to achieve such formal approach in order to emphasise punk symbolism and to make it more readable.'

It was important for us to ask people to pose, so that they were aware of the camera without posing too excessively for the camera. In this sense, these pictures are portraits as much as documents.