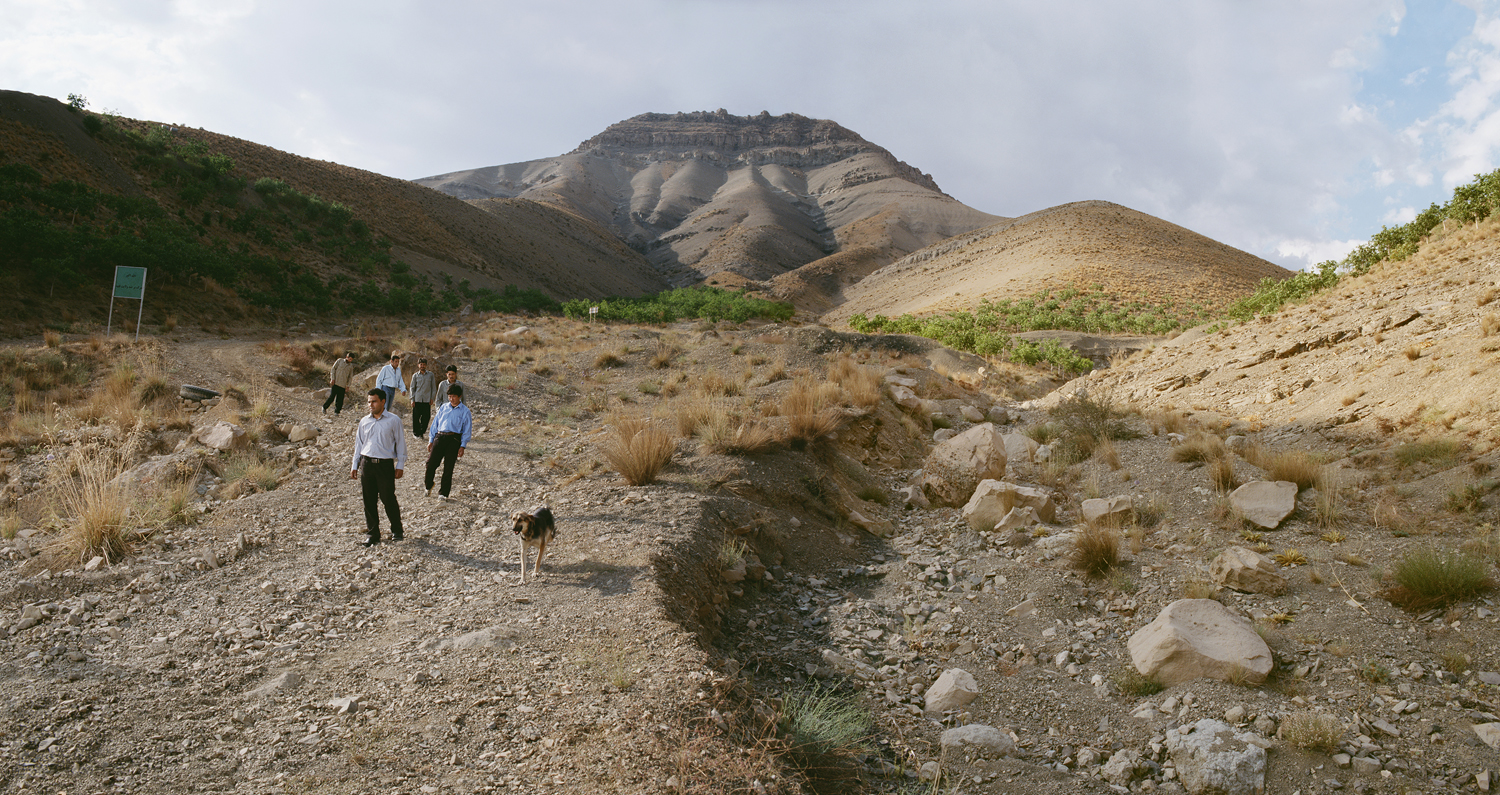 Tehran 2006 and Tehran West Suburb, 2008 are two single large-scale photographic images shot on the fringes of the city. Each is a standalone artwork in its own right, but they are also part of continuing project to rework the documentary genre. The work deviates from the usual representation of Iran: the social documentary or journalistic approach, or the constructed images, often on a ‘big’ subject, or ‘abstract’ photography with a poetic slant, or the tendency to ‘exoticise’ (in photography or video). Rather, it echoes new wave Iranian cinema, often using non-actors and focusing on an apparently ‘small’ subject, treated allegorically to allude to wider social issues, in this context the work is concerned with ‘survival as a strategy of resistance’!

Tehran 2006 looks at the reality of everyday life and the ordinary in extraordinary times. All the characters ‘play’ themselves. The crowd is a mixture of people who are struggling to maintain their existence in the face of economic crisis, made worse by the country’s political isolation: a taxi driver, factory worker, builder, cleaner, dressmaker, servant, caretaker, etc. It will be these people, already living on the edge, who are hit most if the economic sanctions continue, or in the event of military action. At another level, and in the context of the current ‘dispute’: Iran as a threat, or a victim, to focus on ordinary life and everyday reality could suggest: a. Iranians are not necessarily a threat (as some international communities fear), and b. Iranians cannot easily be intimidated by the external threat and life goes on and people survive.

Tehran West Suburb, 2008 ‘captures’ the local workers on a journey, both real and symbolic. The landscape, appears to have lost its ‘poetic equilibrium’, as if brutally cut in half, with the road going nowhere! And yet the men keep going, destination unknown but they keep going, they are determined to survive in this turbulence time of uncertainty.