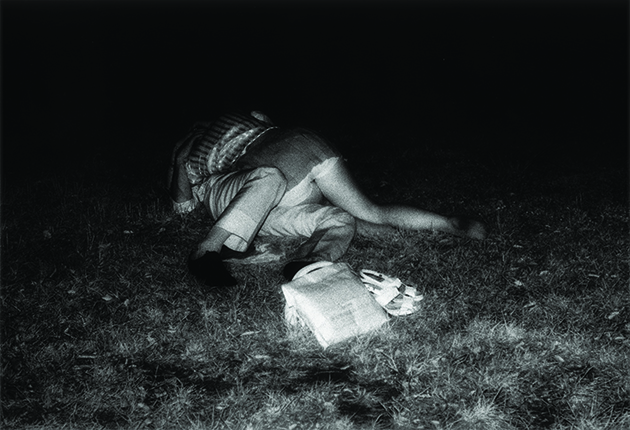 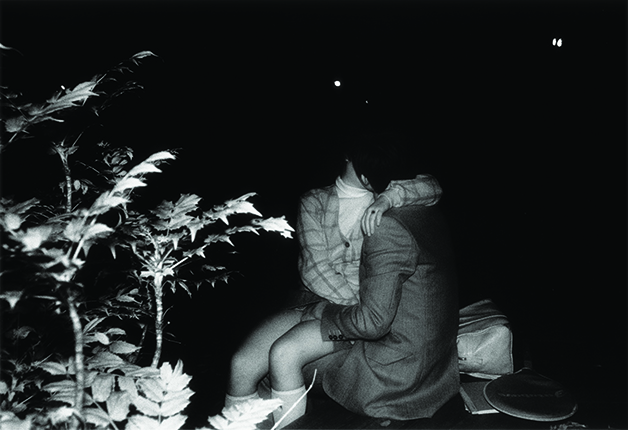 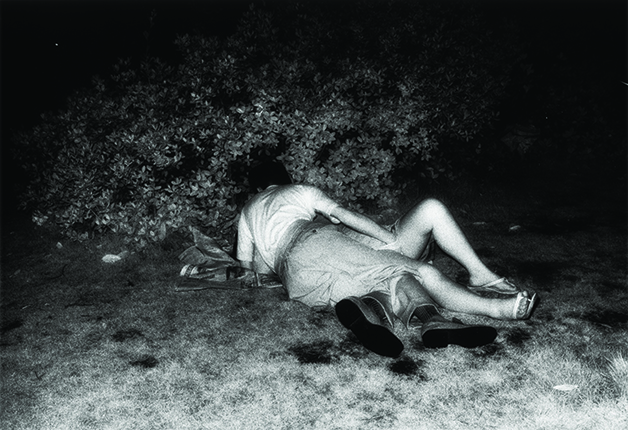 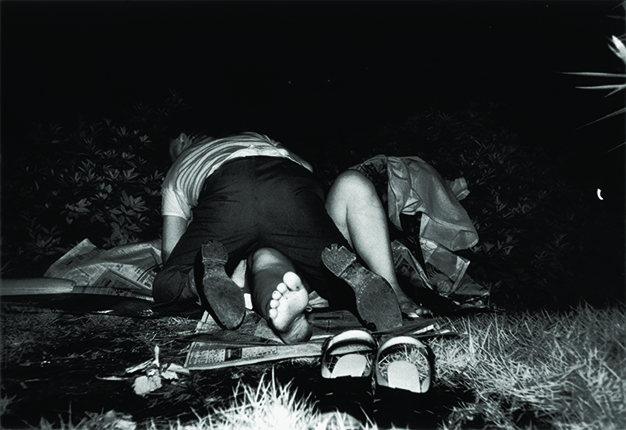 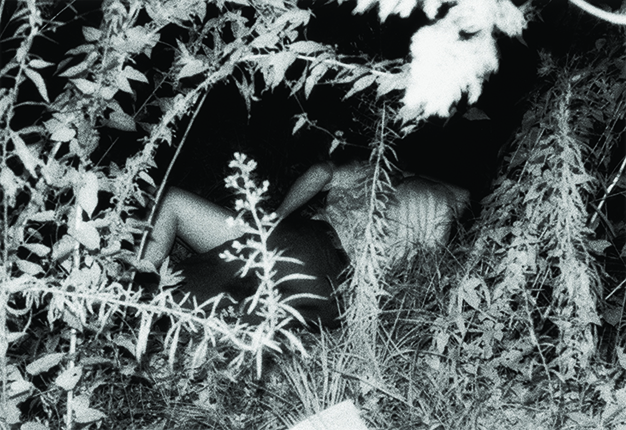 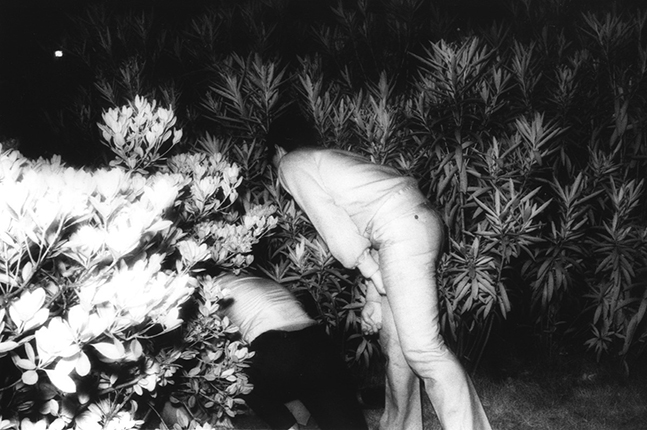 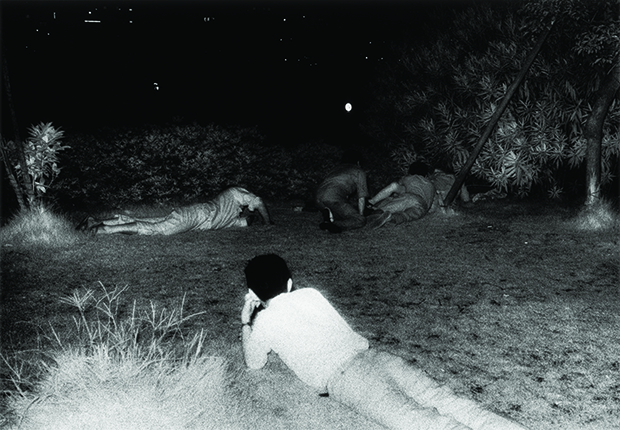 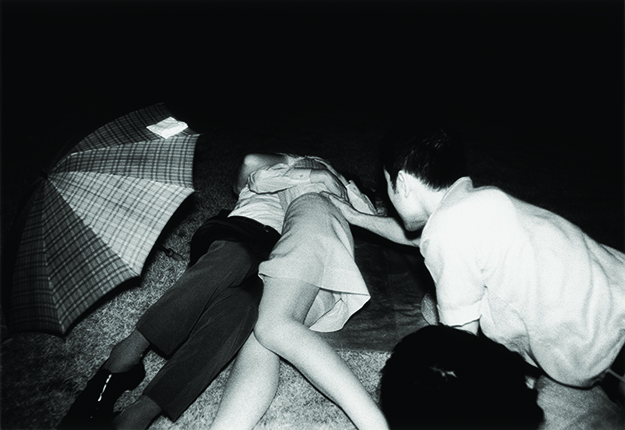 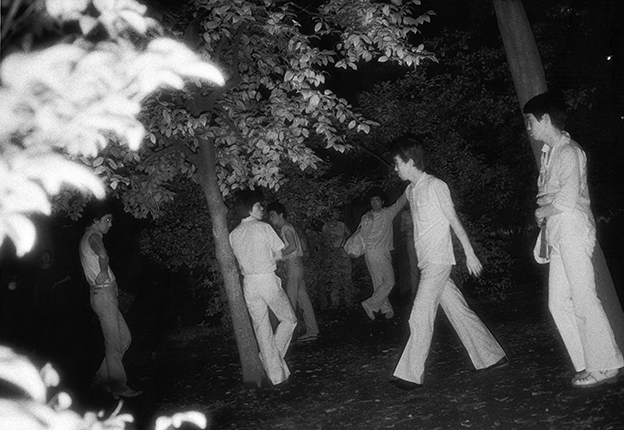 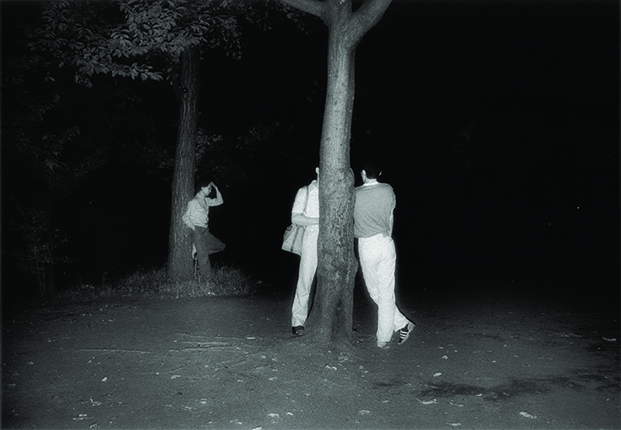 For these photos, taken in Tokyo’s Shinjuku, Yoyogi, and Aoyama parks during the 1970s, Mr. Yoshiyuki used a 35mm camera, infrared film, and flash to document the people who gathered there at night for clandestine trysts, as well as the many spectators lurking in the bushes who watched—and sometimes participated in—these couplings. With their raw, snapshot-like quality, these images not only uncover the hidden sexual exploits of their subjects, both homosexual and also serve as a chronicle of a Japan we rarely see; as Martin Parr writes in The Photobook: A History, Volume II, The Park is “a brilliant piece of social documentation, capturing perfectly the loneliness, sadness, and desperation that so often accompany sexual or human relationships in a big, hard metropolis like Tokyo.”