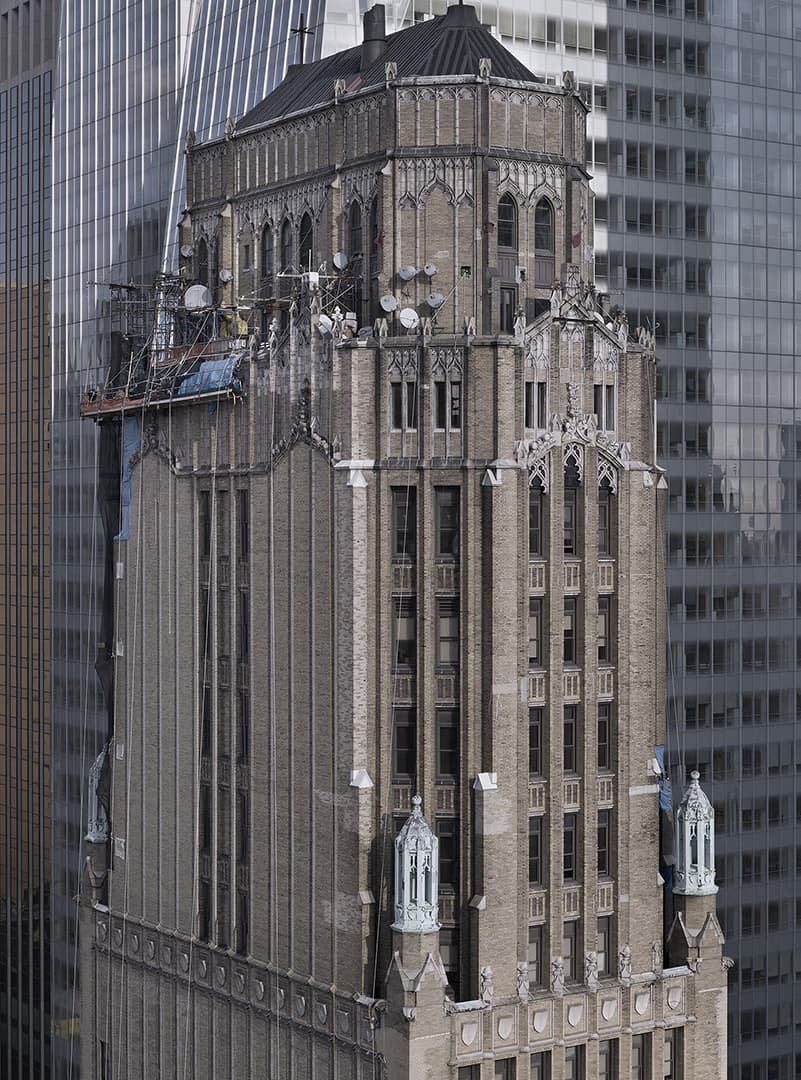 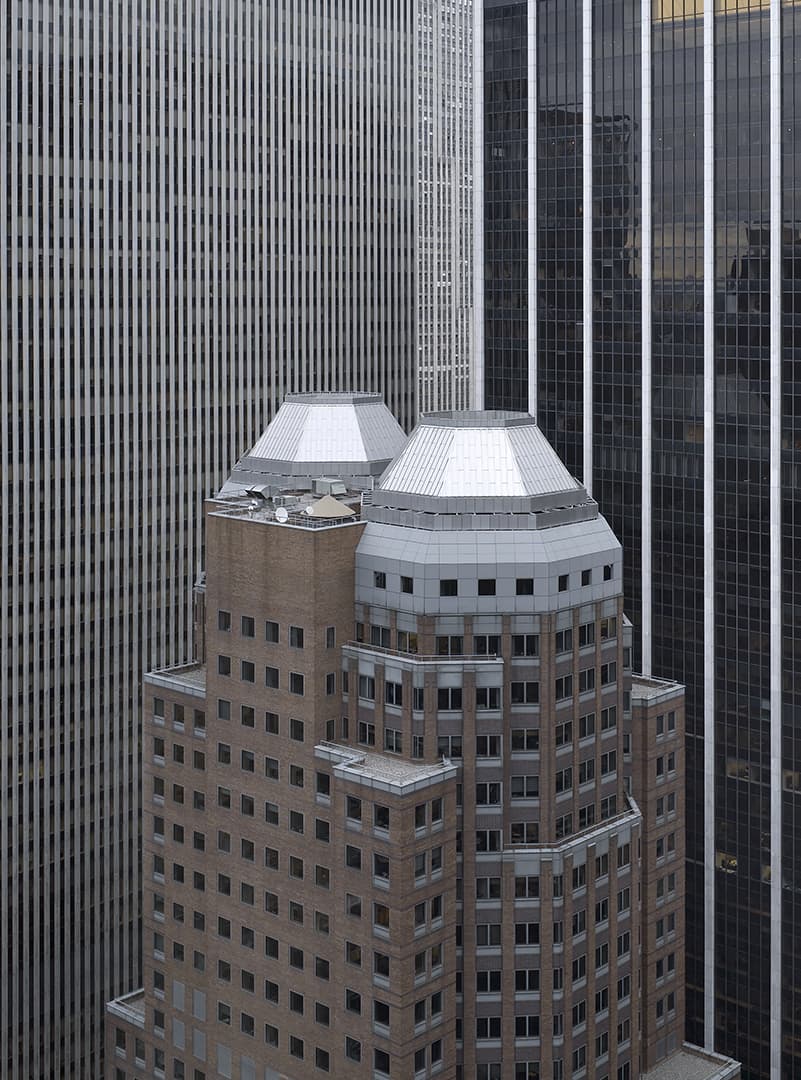 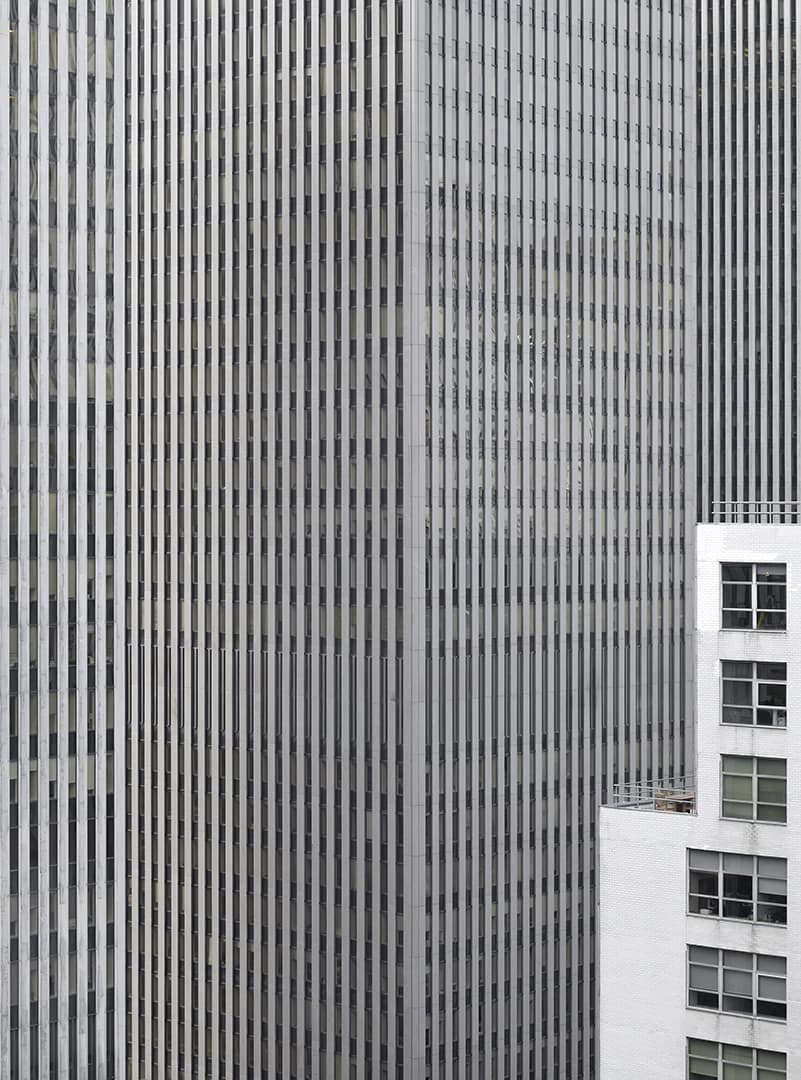 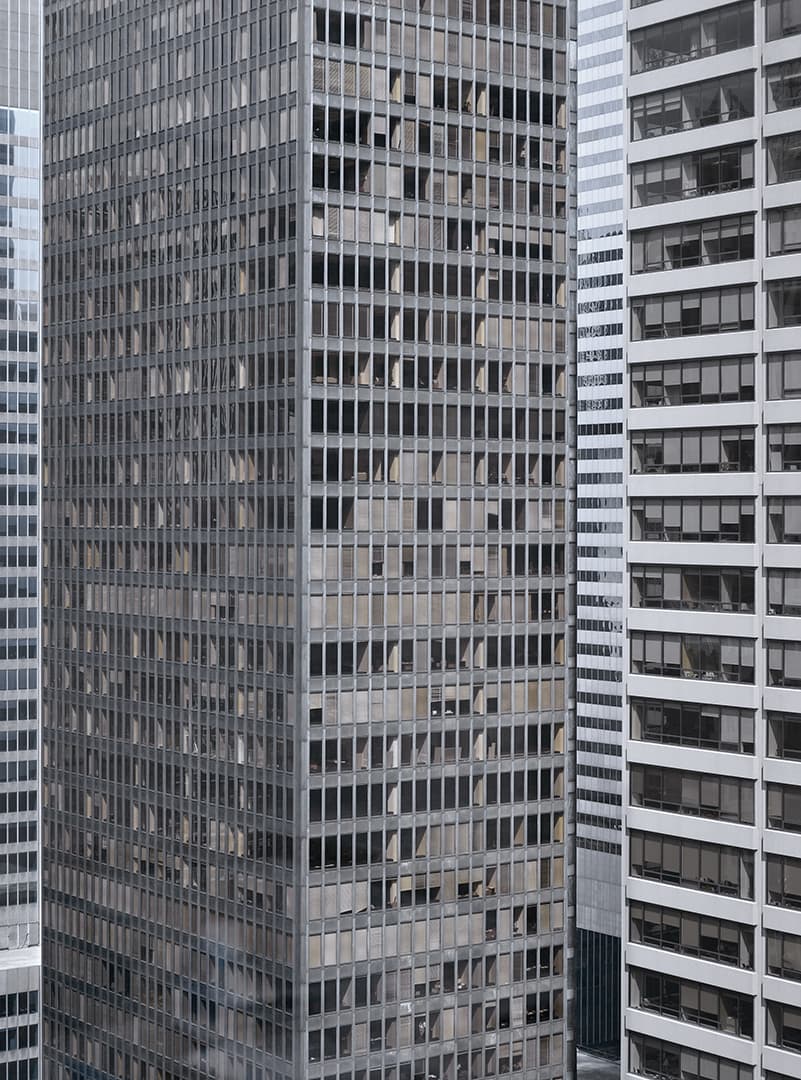 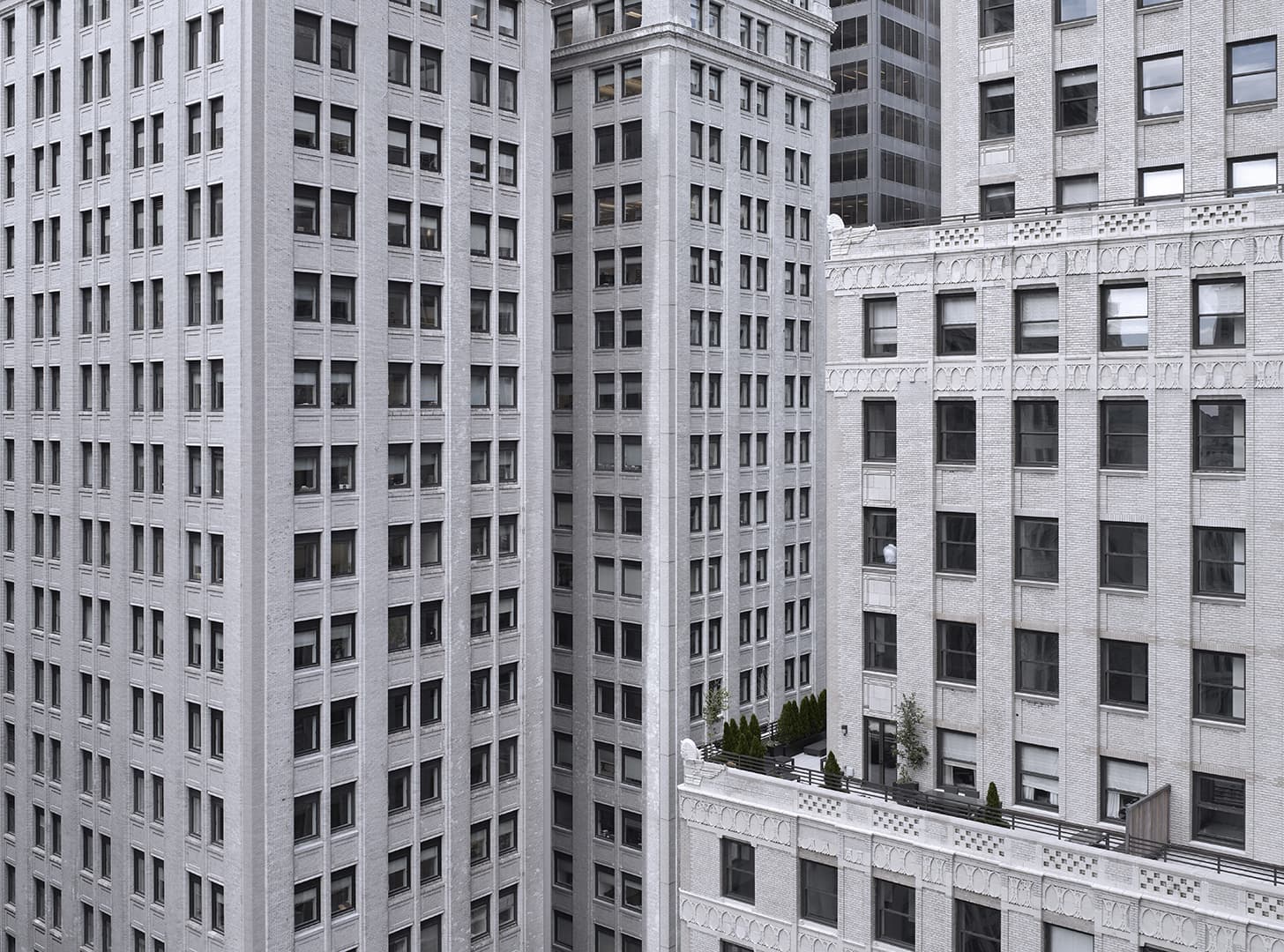 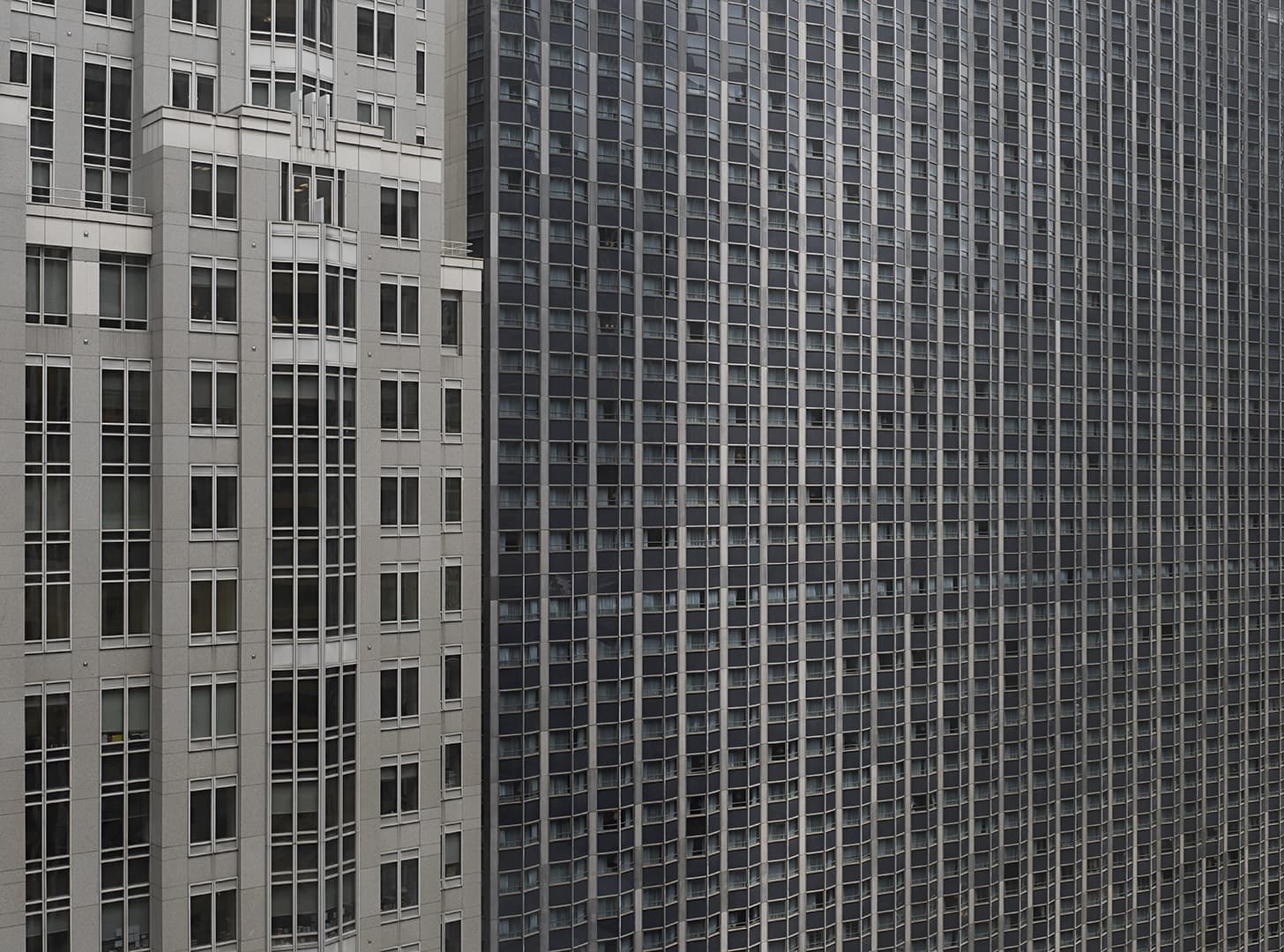 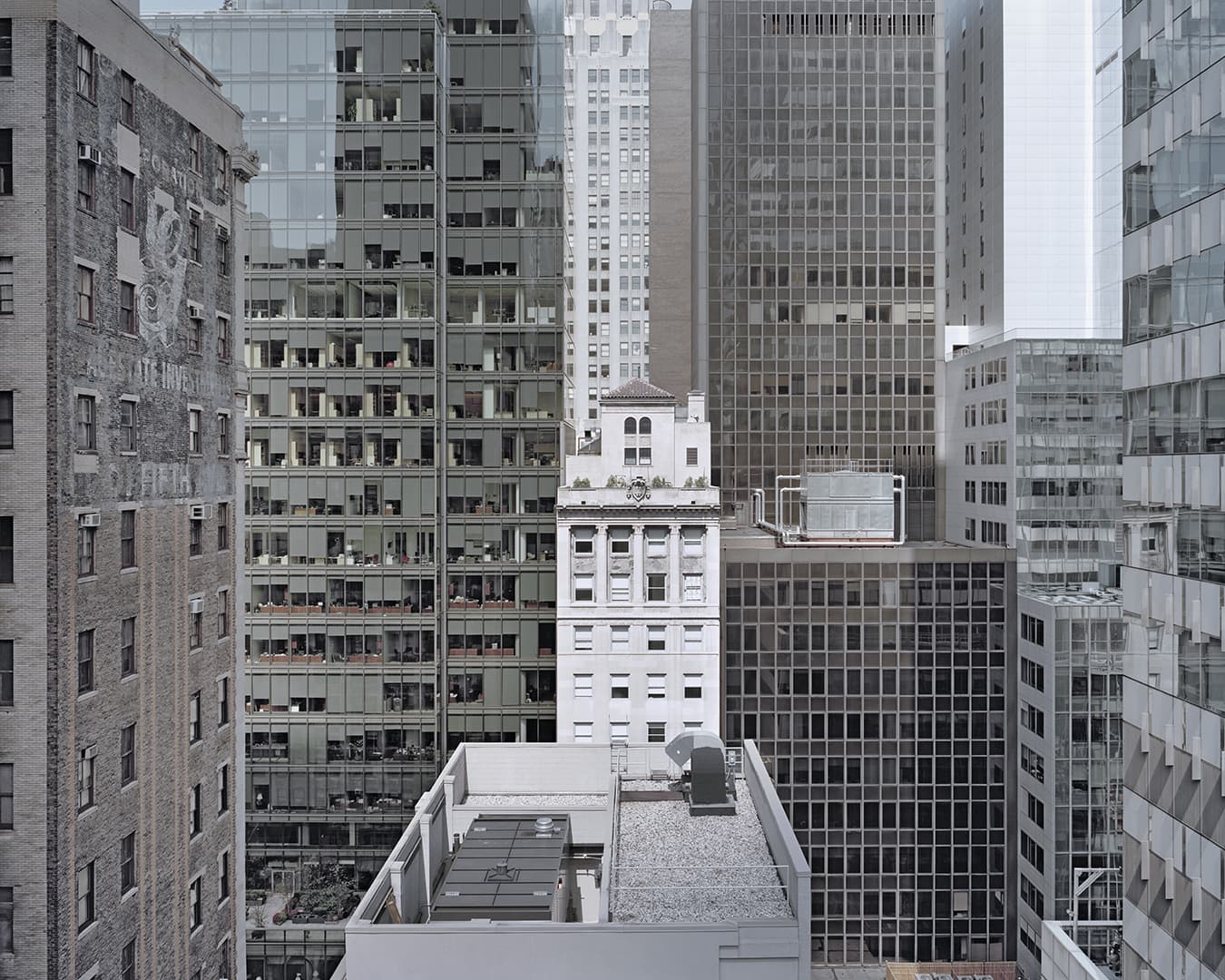 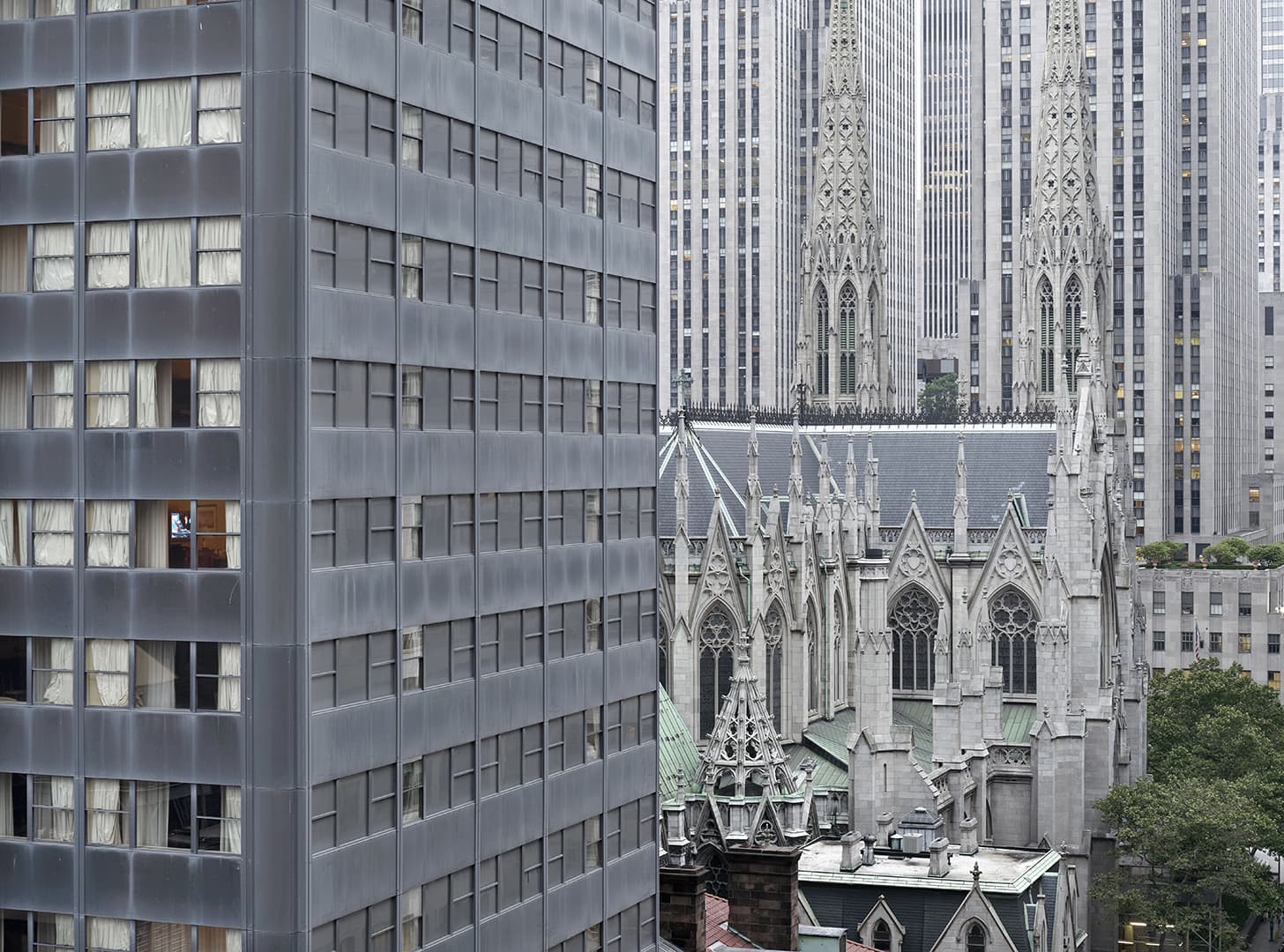 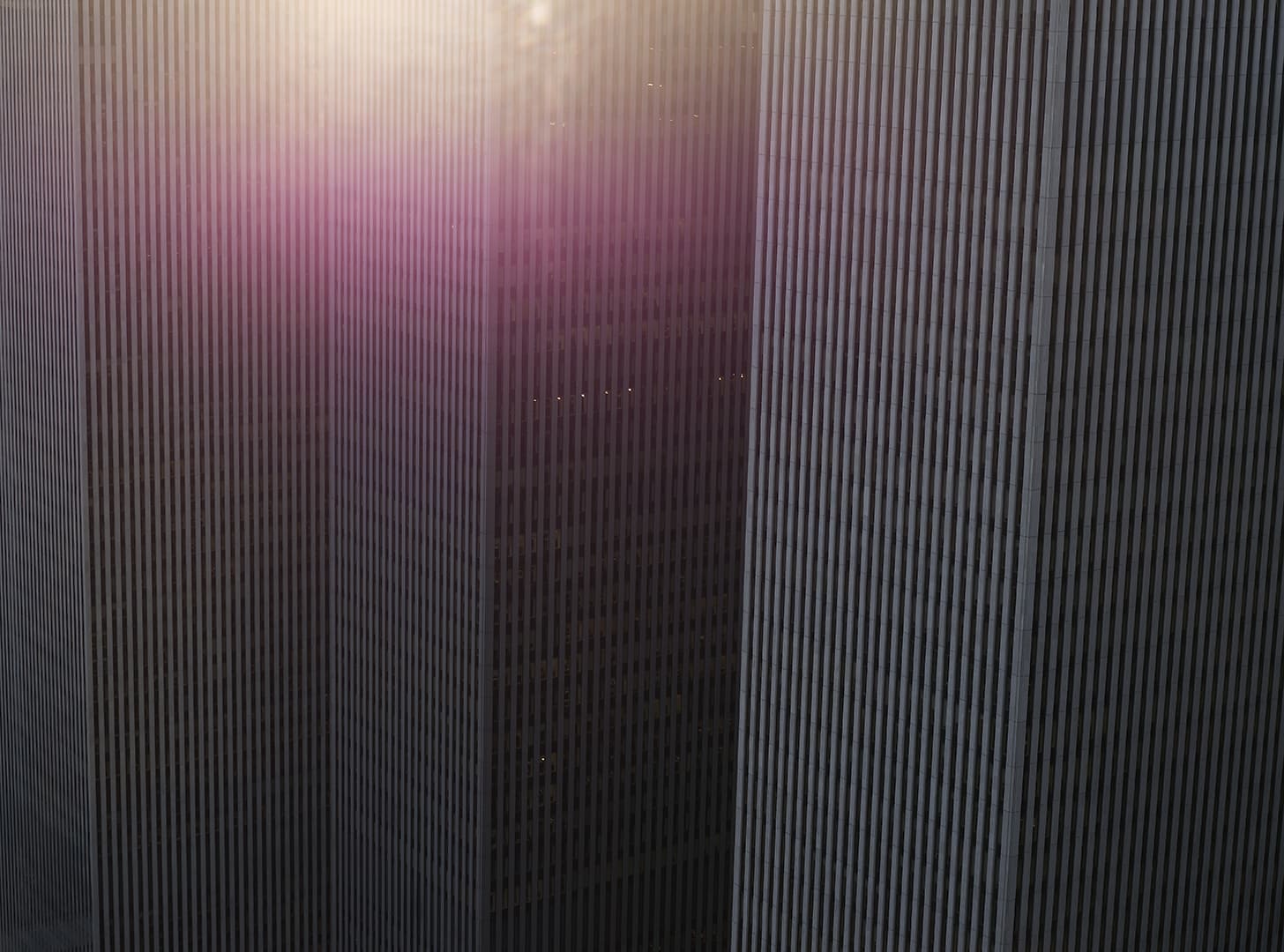 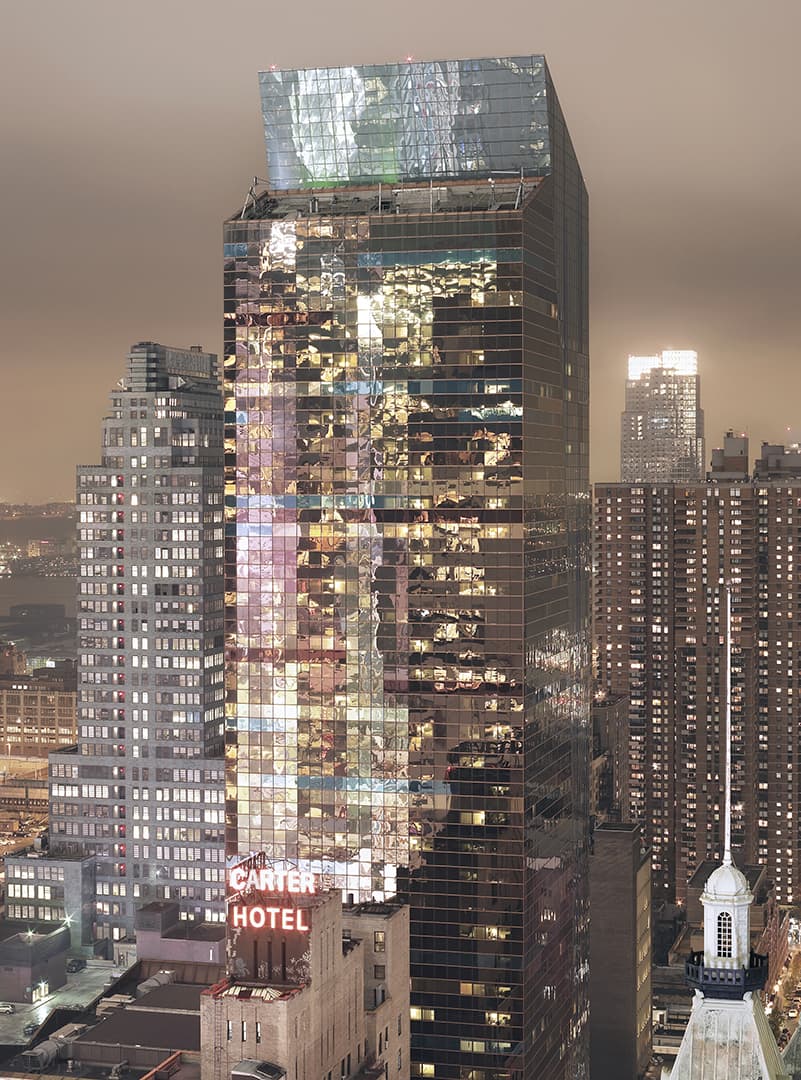 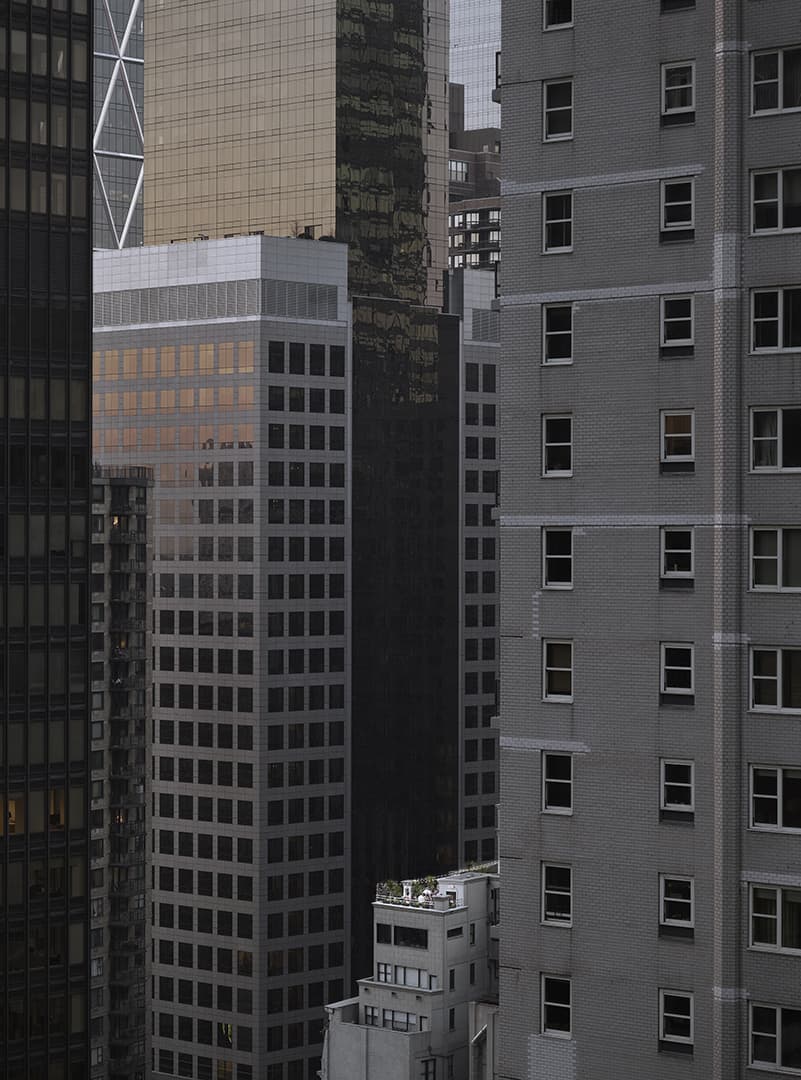 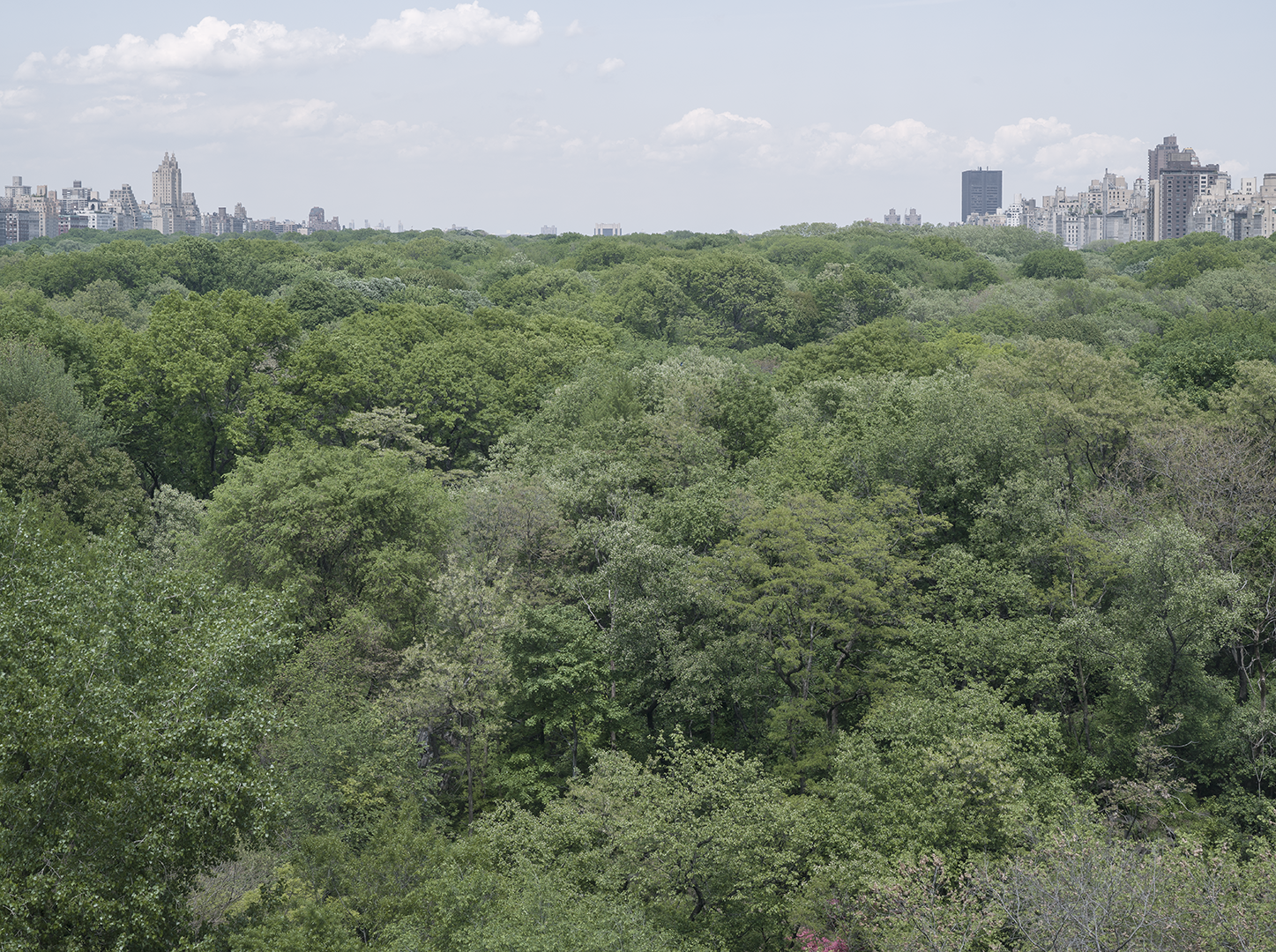 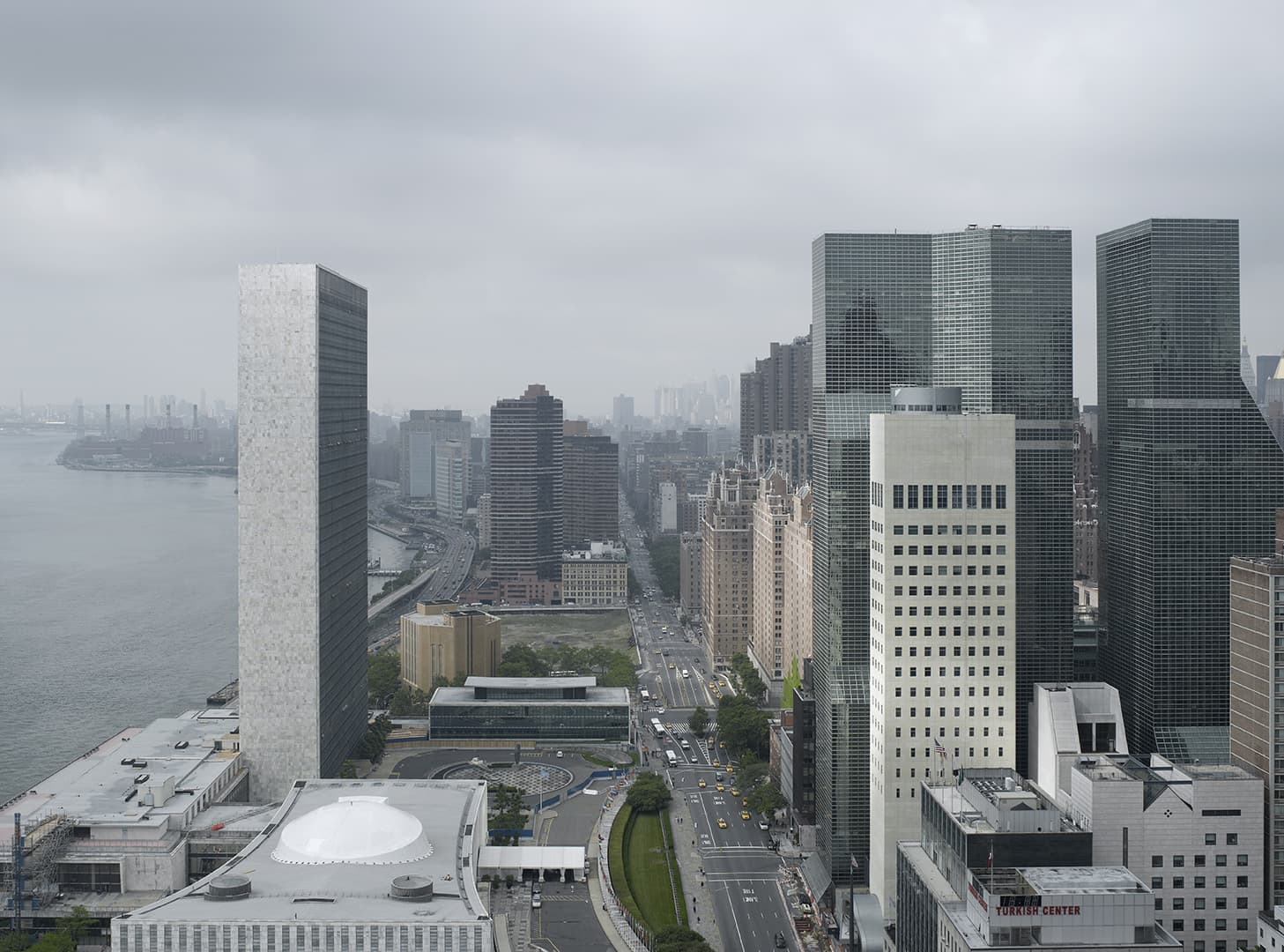 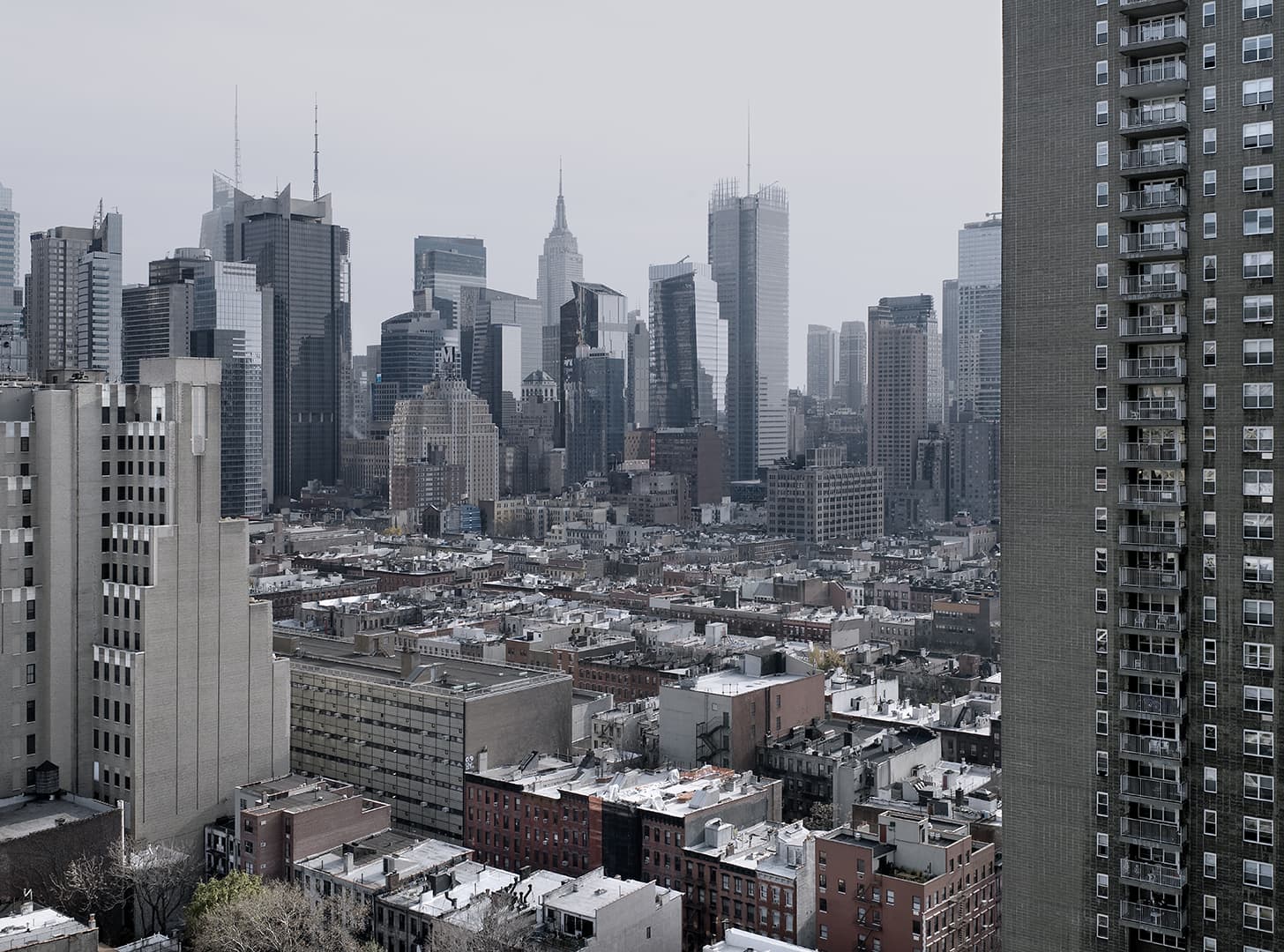 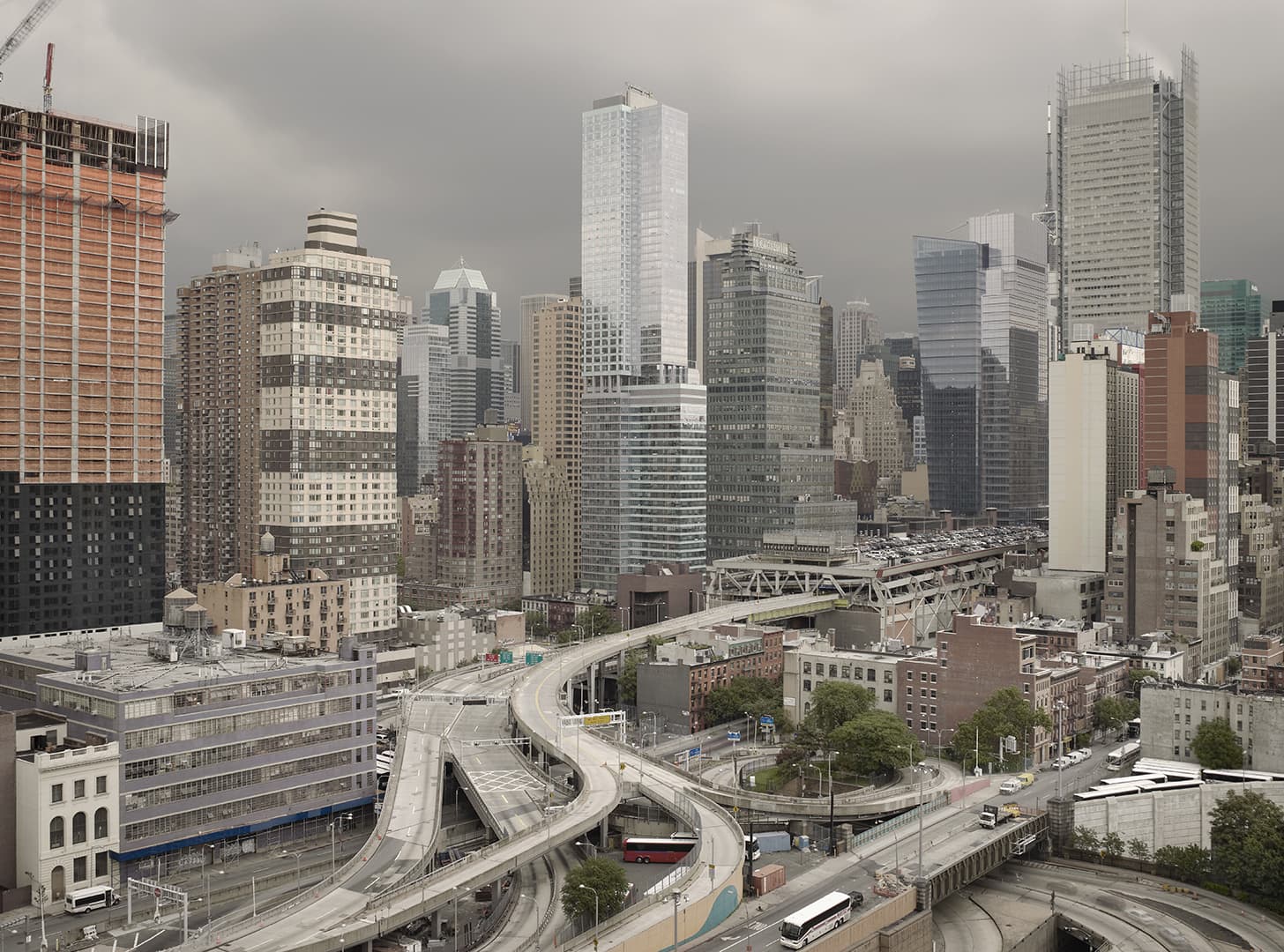 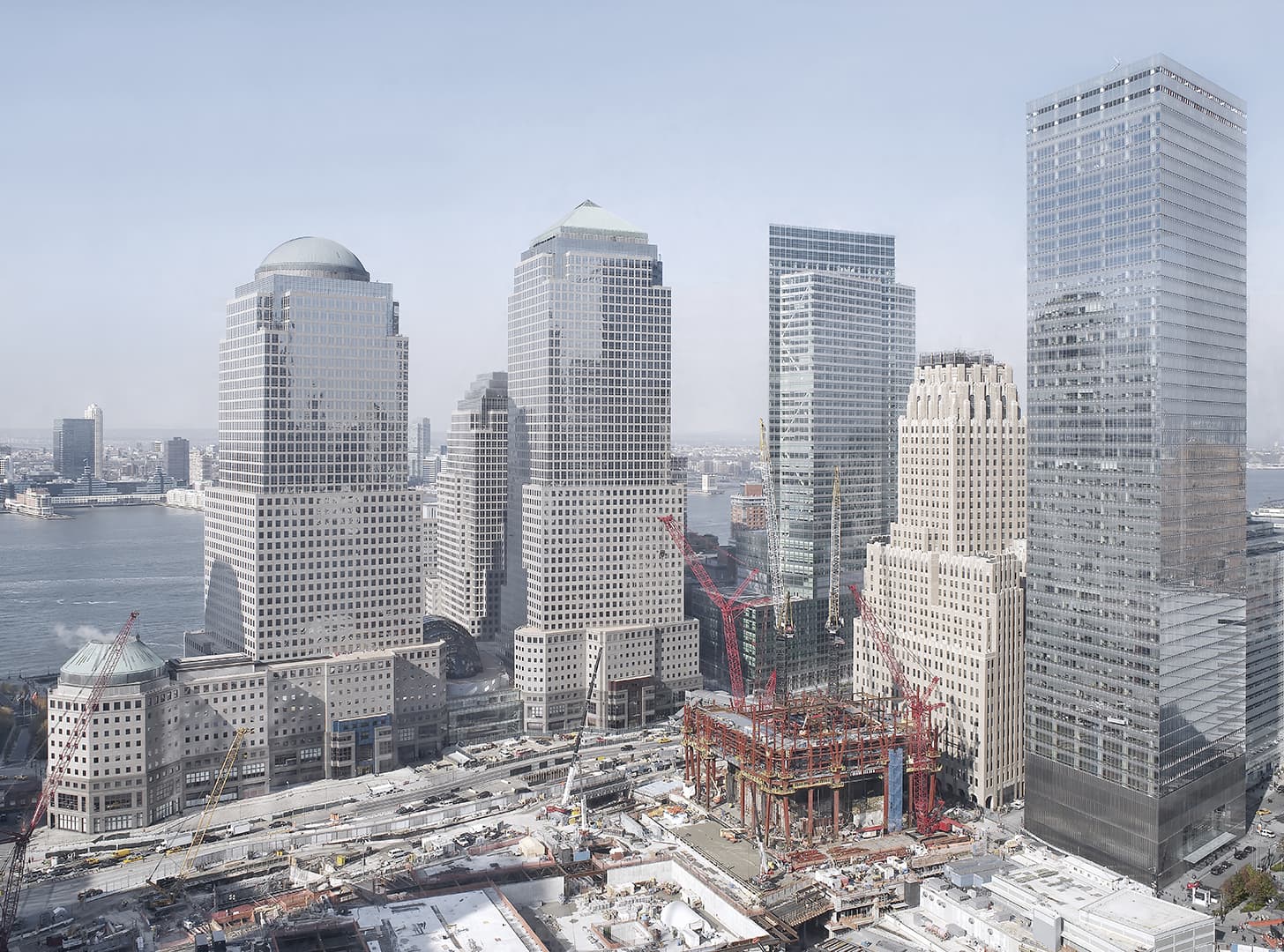 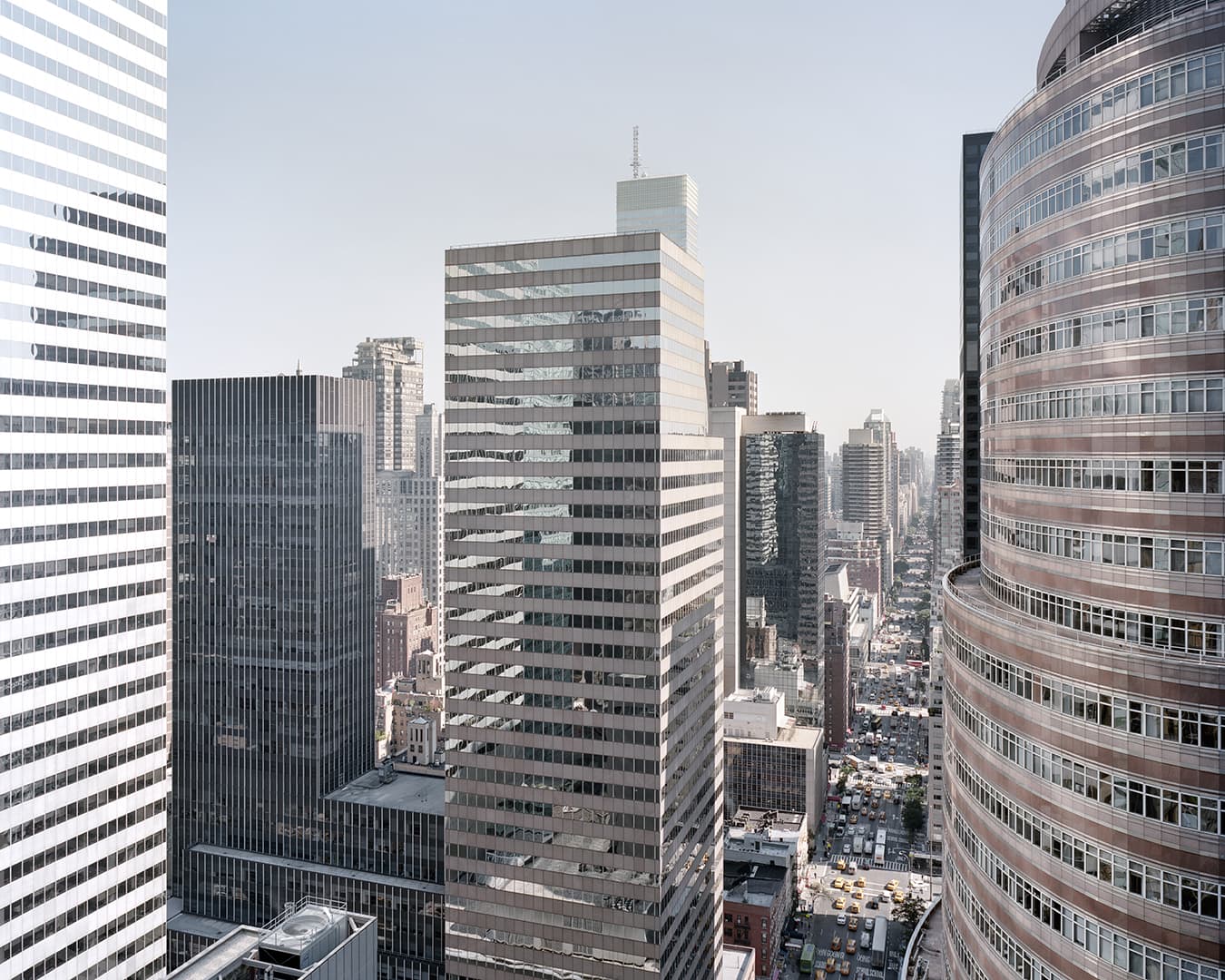 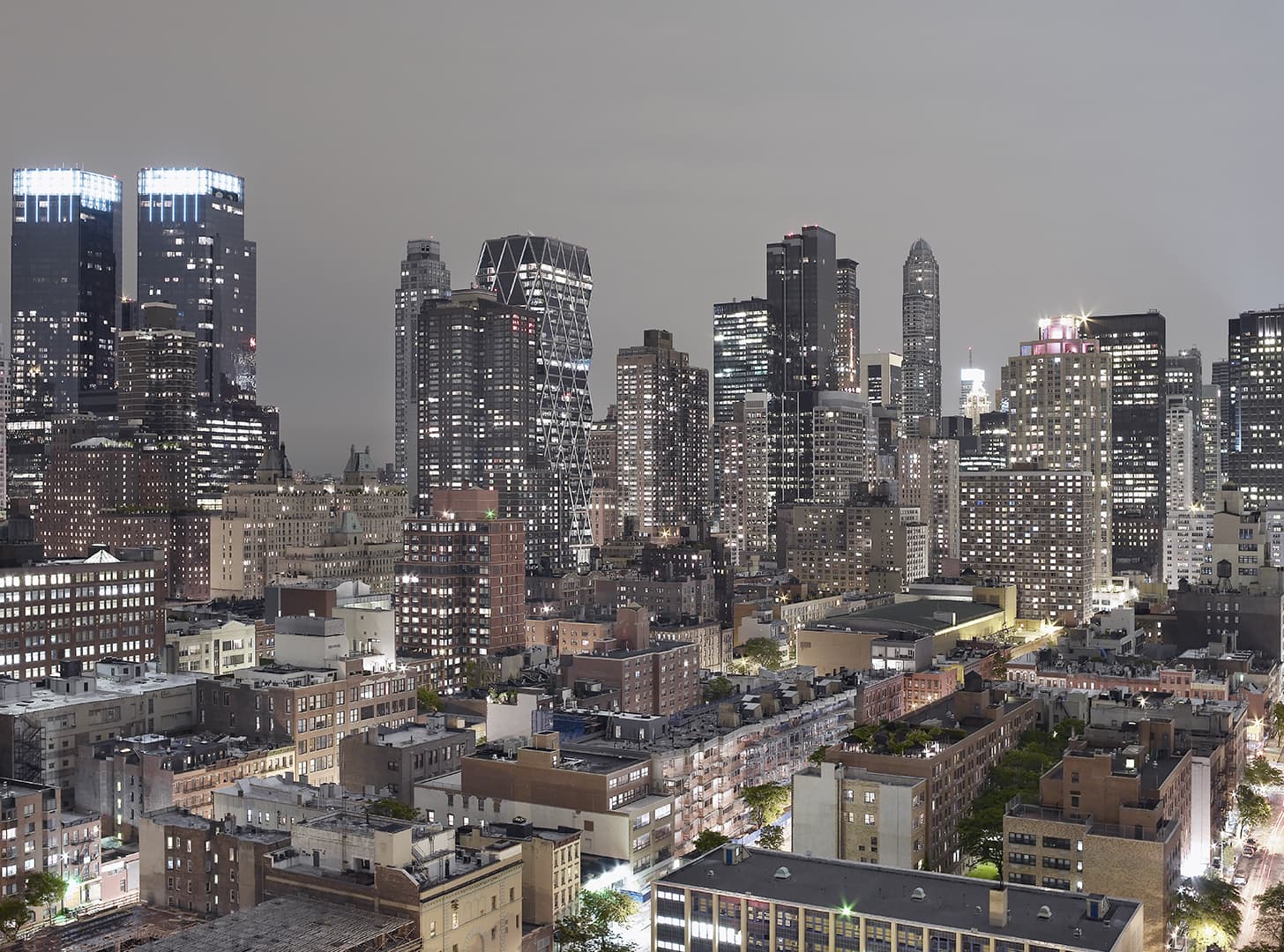 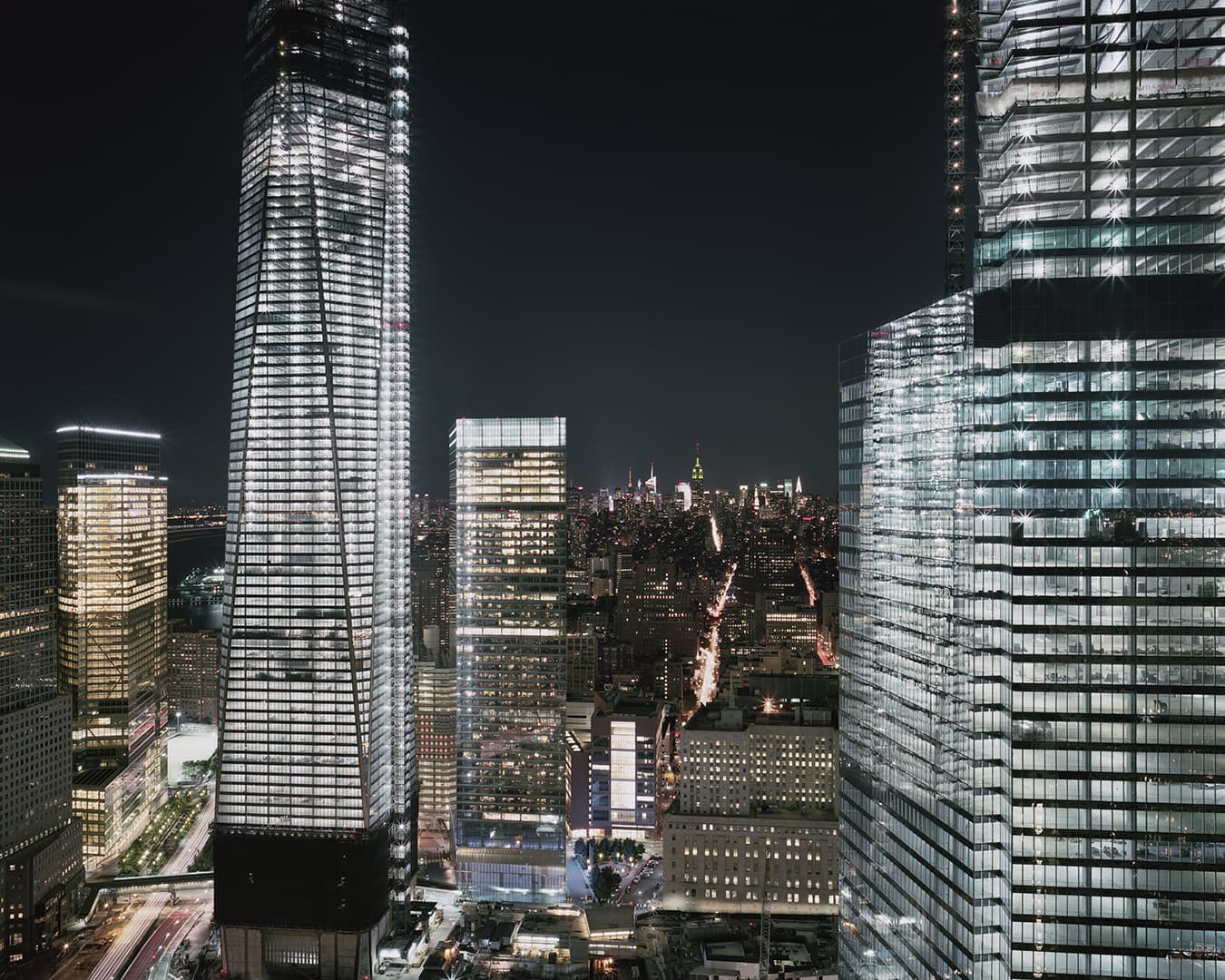 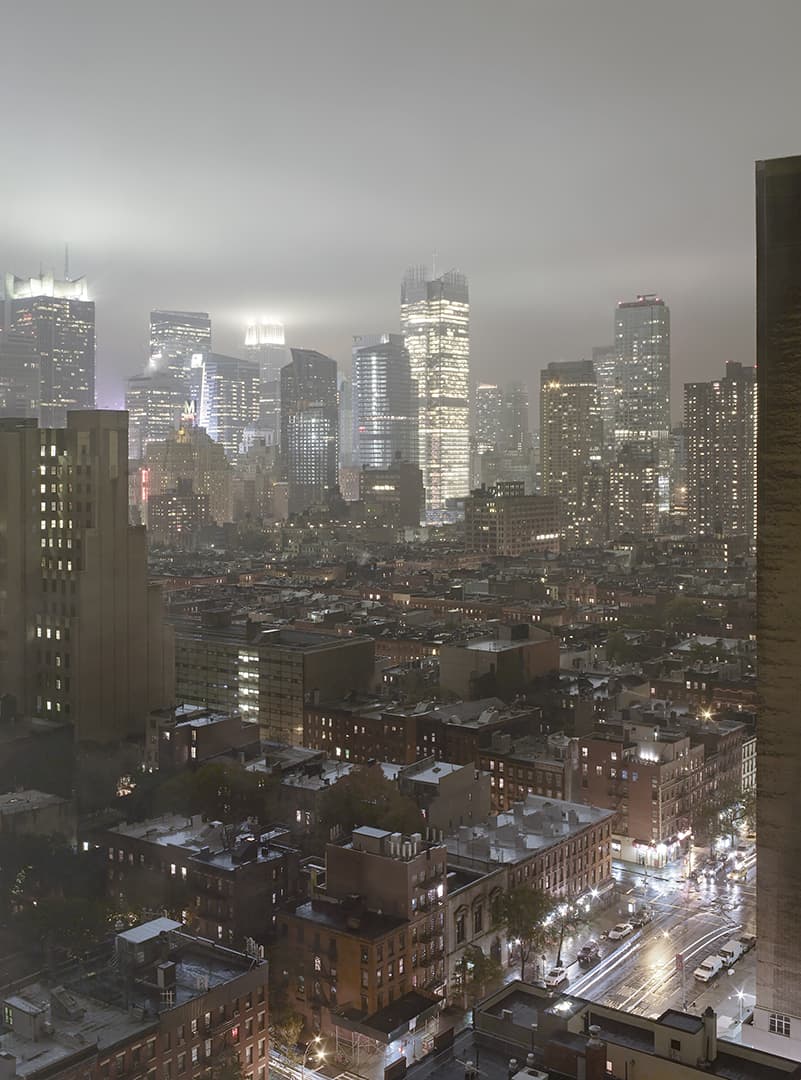 New York is the first series of Vincent Jendly. Its express his fascination for the paradoxes of the New World and of New York. At first glance, these images look like an homage to the avant-garde inventors who gave the city its contemporary demeanour; a snap shot of a Babel city where everything seems possible, where people are brought together by their unique lifestyle, by the way they create and think; a society in which sirens, which draw million of candidates to the American Dream, have the voice of pioneers, of those who crossed the Atlantic to rebuild a new life.

Built on an energy that is almost genetic, the New York skyscrapers, beyond their utilitarian function, are the visible symbols of inspiration, of audacity and of a certain faith in what is to come. They characterize Americans, a kind of ode to the glory of what man can achieve when he puts the best of himself in his work.

Some of these images, the ones that look almost bereft of life, seem to place the human in the background, or to get rid of him or her altogether. It is likely that the greatness of these constructed feats exceeds de facto that of their creators, who if taken in an instant T or if represented by a multitude of individuals, logically small, in the end become anecdotal, even if once in a while we stumble across a fellow creature in the images, nestled in the spaces created for him.
Along with the quasi-disappearance of man into his context, Vincent Jendly also paints a more objective picture of the "Other America": enormous and cold façades, or sometimes streets emptied of their occupants, and thus underlines the cruelty inherent in the American model. On the road to success, we are alone and faced with a reality moulded from competition and disillusion. In New York, like in the rest of the world, the investment that the world requires in order to succeed is entirely inhuman, man is surpassed by environmental realities for which he is not a match and which often go against his deep aspirations.
In order to capture the city like a steel and glass garden, prodigious and cold, the photographer had to elevate himself and gain access to places that are usually forbidden.

It is a real challenge wanting to show a city such as New York, and to successfully manage to do so with a refreshing approach, as Vincent Jendly does. Isn’t it said that New York – like Venice – has been photographed so often that it has become truly “unphotographable”? The fact is that it is increasingly difficult to leave the beaten tracks in order to deliver an image of either city that would not be a cliché. Vincent Jendly’s attempt substantiates the notion that it is still possible to photograph New York; that there is no need for another 9/11 with its chipped skyline and generalized chaos to wash off the postcard vision that sticks to the city sitting on the banks of the Hudson River. It also demonstrates that the boundaries of urban landscape can still be stretched further, in spite of the common feeling that they have permanently been reached.

Firstly dispossessed by Los Angeles, London and Berlin of its leadership in Modern Art acquired to the detriment of Paris, then emerging from the Second World War1, New York now suffers from the rivalry of Asian megacities in terms of modernity as a societal phenomenon. Indeed, how can one fail to see that Shanghai, Tokyo, Seoul, Istanbul or Bombay have now become the showcase of change in the fields of architecture, fashion, cinema, or contemporary art…? New York, capital of the 20th century, is about to become a beautiful, yet historical city, filled with memories. However, Jendly reminds us that this notion needs to be mitigated as the city whose novelty was celebrated by Mendelsohn in the 1920s2 still offers the stunning spectacle of an urban environment in constant restructuring.

In a reference text3, the historian Rosalind Krauss speculates on the grid as the emblem of modernism in art. According to her, the grid, as it is explicitly given to see in Mondrian, Lewitt, Johns or Close, but which is also noticeable in the work of many other painters, is the sign of the empowerment of art, of its transformation into a world apart, cut off from the rest. After Cubism and Mondrian, according to Krauss, art locked itself up into the realm of visuality only, at the expense of any bond to text and narration. The grid translates modernist artists’ will to free themselves from the quest of the illusion of depth, representative of painting since the Renaissance, and to focus only on the surface of the painting, its flattened space, reduced to two dimensions. The historian adds that in the 20th century, no other form has shown itself to be so equally resistant, concentrating so much of the artists’ energy.

While according to her, 20th century art has organized its space against the exterior, protecting it from any interference, Krauss does not rule out the possibility of a grid open to the outside, perpetually expanding, of which painting would have been but a minute fragment (a view that could supplement Brian O’Doherty’s, for whom the border between the painting and the wall around it had gradually faded since Monet’s Nymphéas, in a movement in which the frame of the painting tended to disappear4). Indeed, while the grid constitutes a breach in the history of art, becoming the signature of Modernism, it does not isolate the space of art and of the painting from, for example, those of the digital screen or of the city: there is a continuum between them. The same visual scheme, the same representation of the space prevails everywhere. As reflected in the present case in the checkerboard pattern of American megacities or in the repetitive, uniform facades of their large office buildings.

Jendly’s New York photographs clearly highlight this organizing principle represented by the grid, a matrix whose existence was mentioned by Krauss. The city appears as a metallic mesh endlessly unwinding, with no interruption whatsoever, and the square shaped windows mechanically distributed in lines and columns strengthen this feeling. Their punctuation constitutes the most abstract minimal code – a code whose quest is reminiscent of the Holy Grail for Modernism. Furthermore, the photographic treatment seems particularly well fitted to the subject. When considering some of the views of buildings taken from mid-height and rich in planarity effects, or others, where the flattening mainly results from an extreme frontality, almost everything in the work of Jendly refers to the grid as a fundamental experience of space and representation; an experience in which it seems that the most salient volumes could suddenly be folded like paper hens.

Krauss said of the grid that it had fostered a locked in, « autistic » art… This might have been the case for a great part of the 20th century. But the last decades saw the evolution of an art freed from boundaries, in which everything, absolutely everything, from jogging to molecular biology, has become soluble. The field of Modernism has considerably expanded, if not exploded. The time when Modernism was synonymous with formalism, New York’s golden age, has passed.