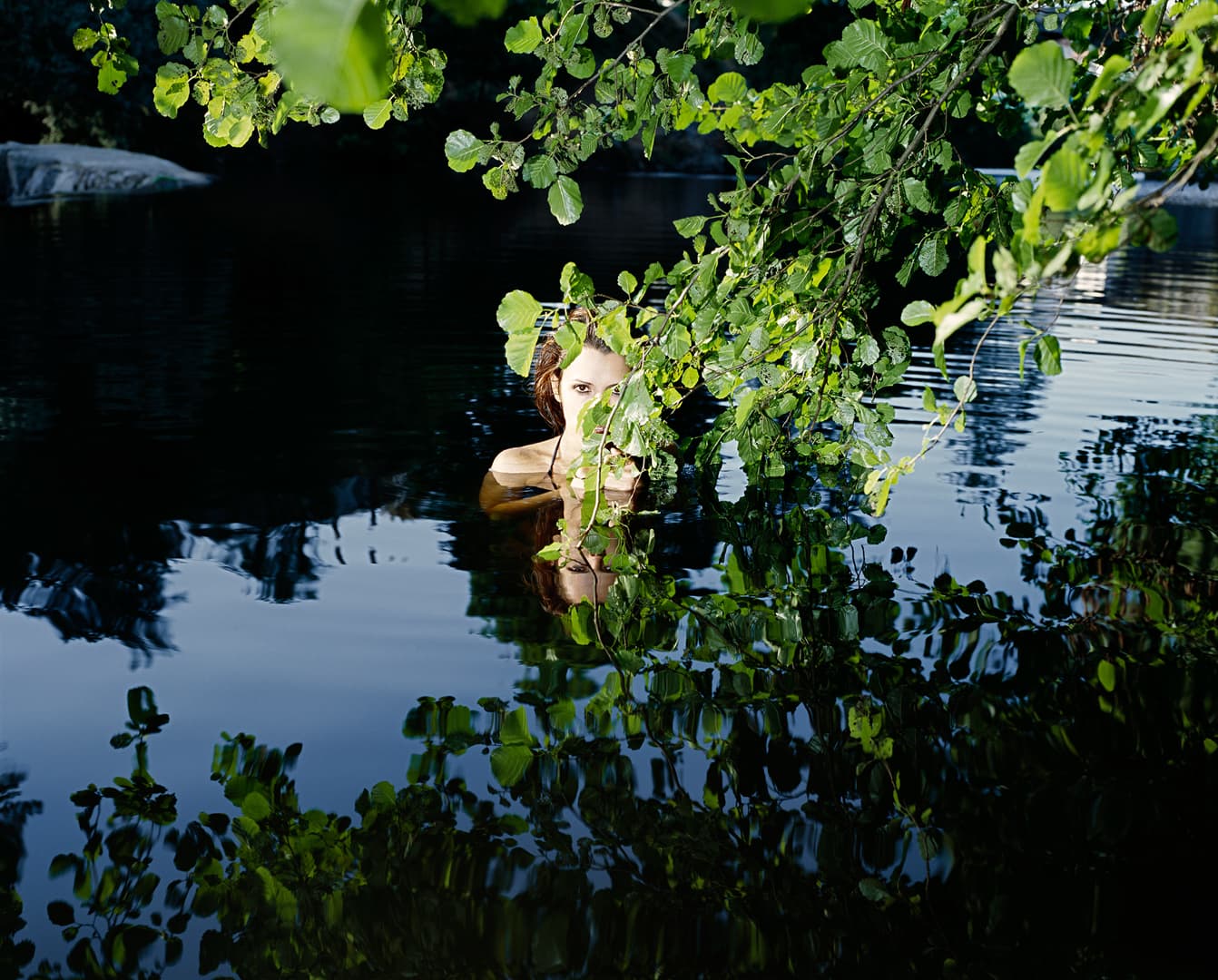 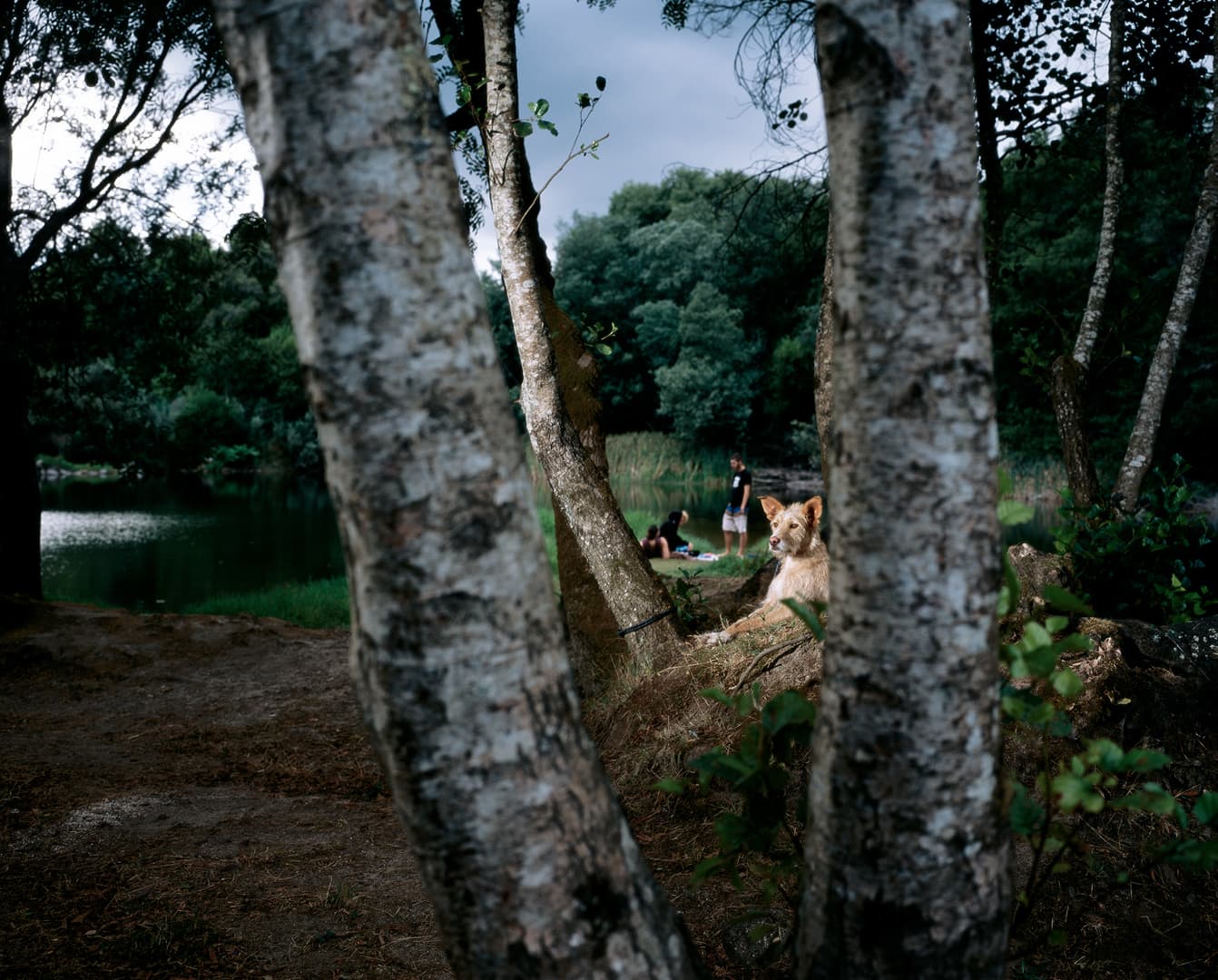 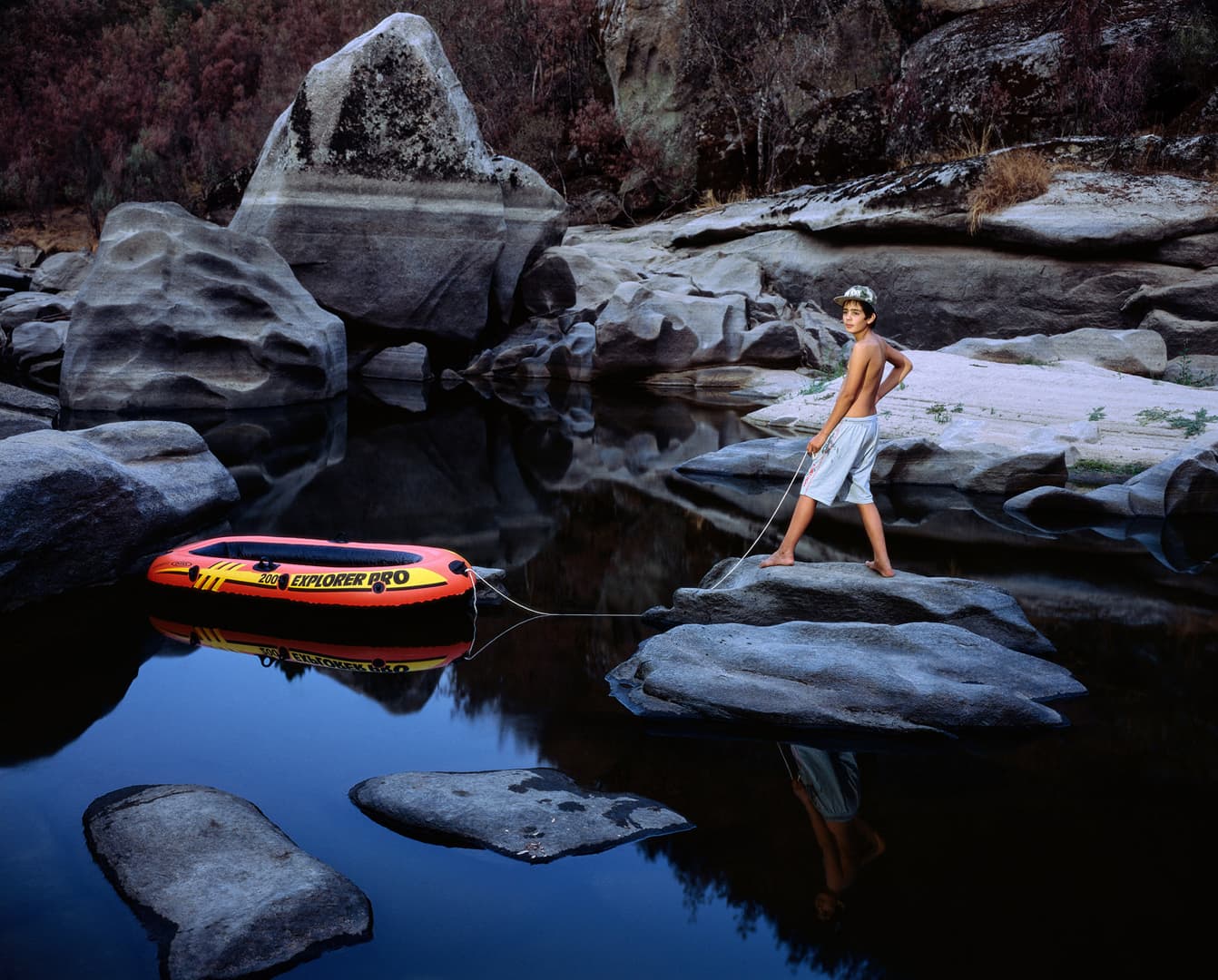 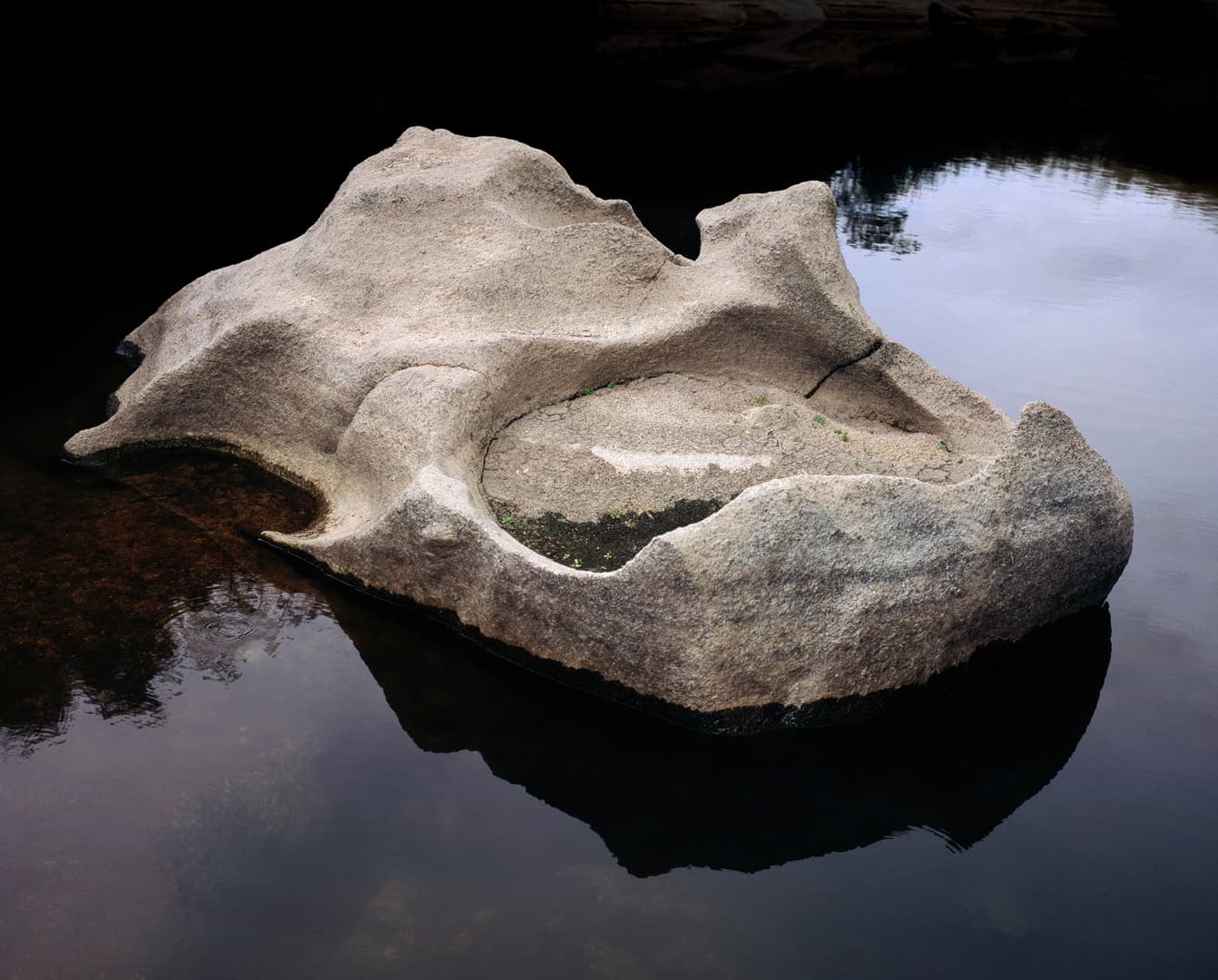 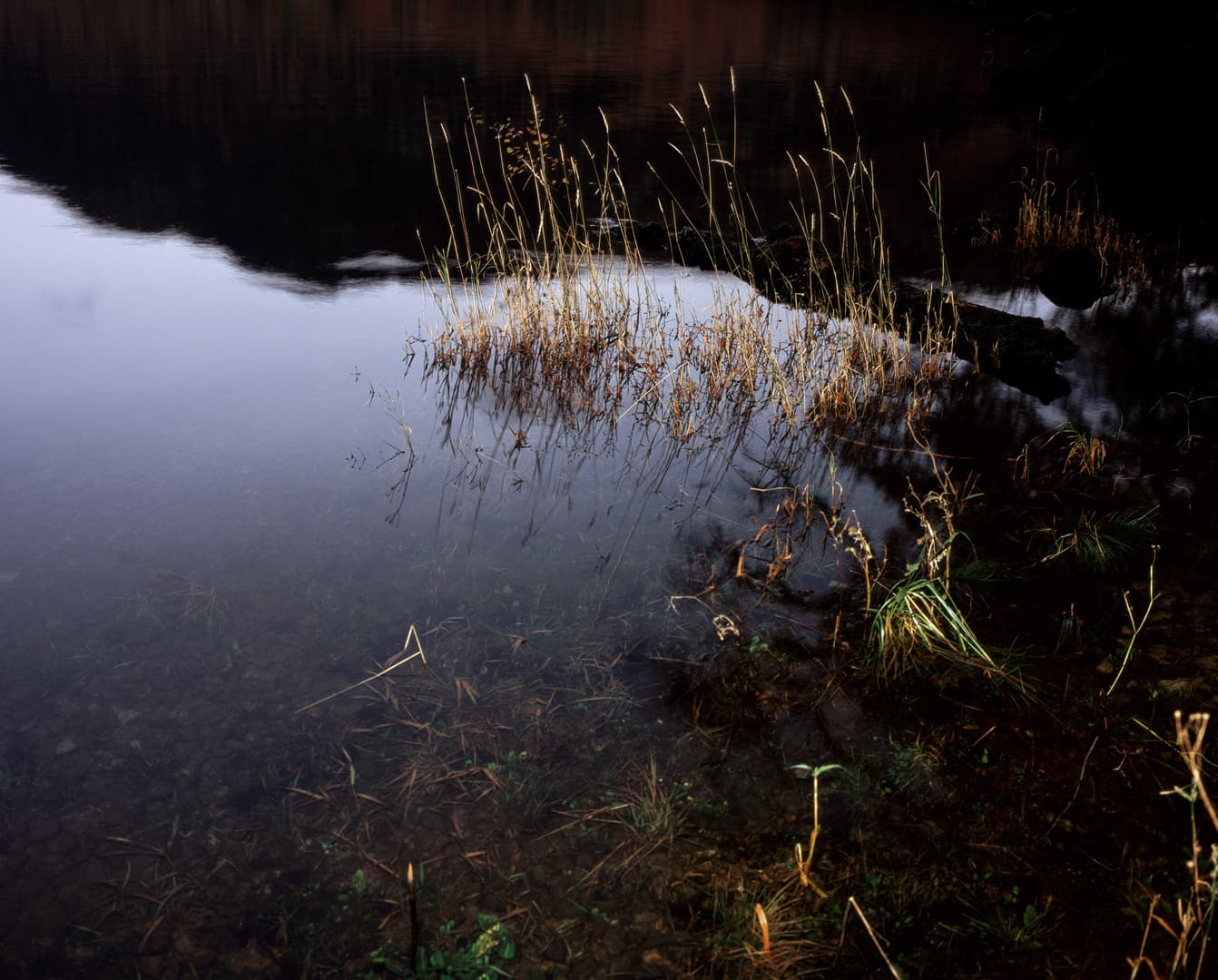 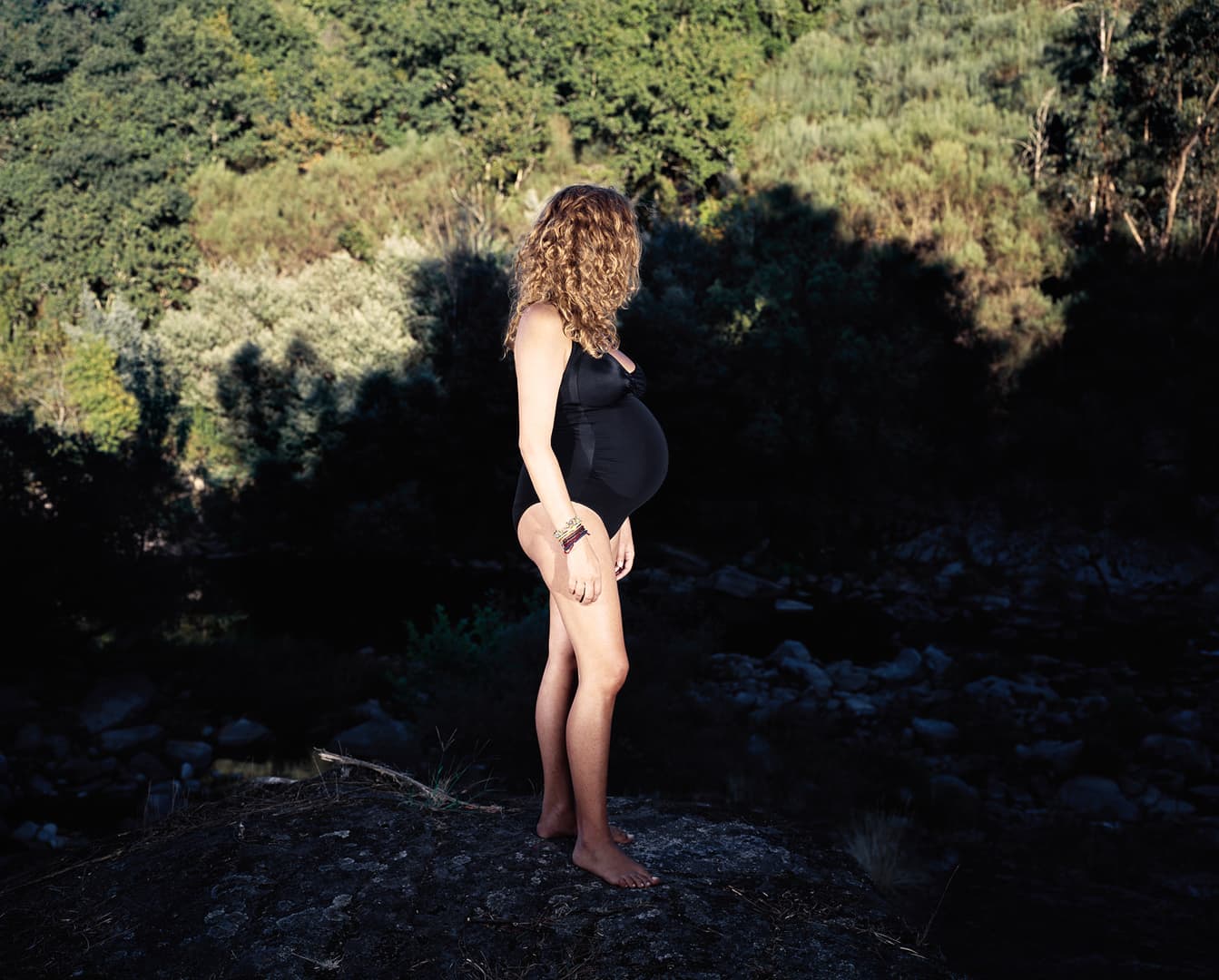 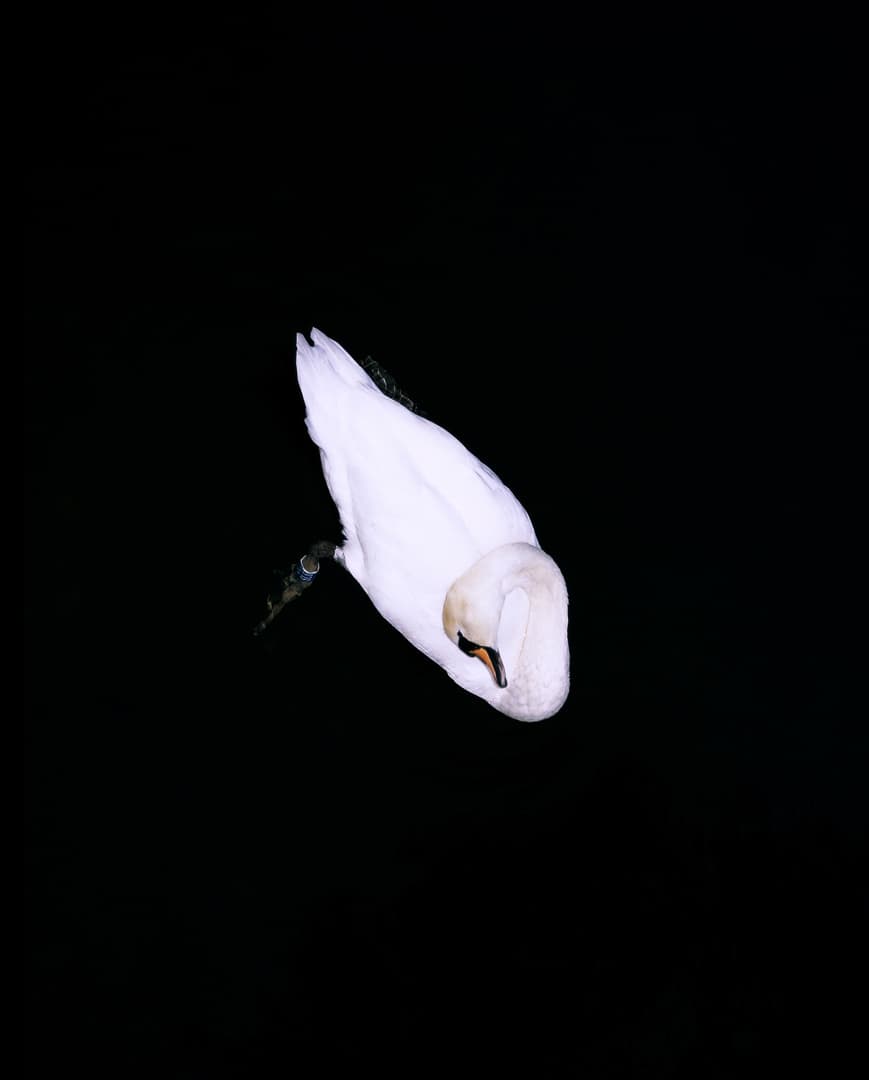 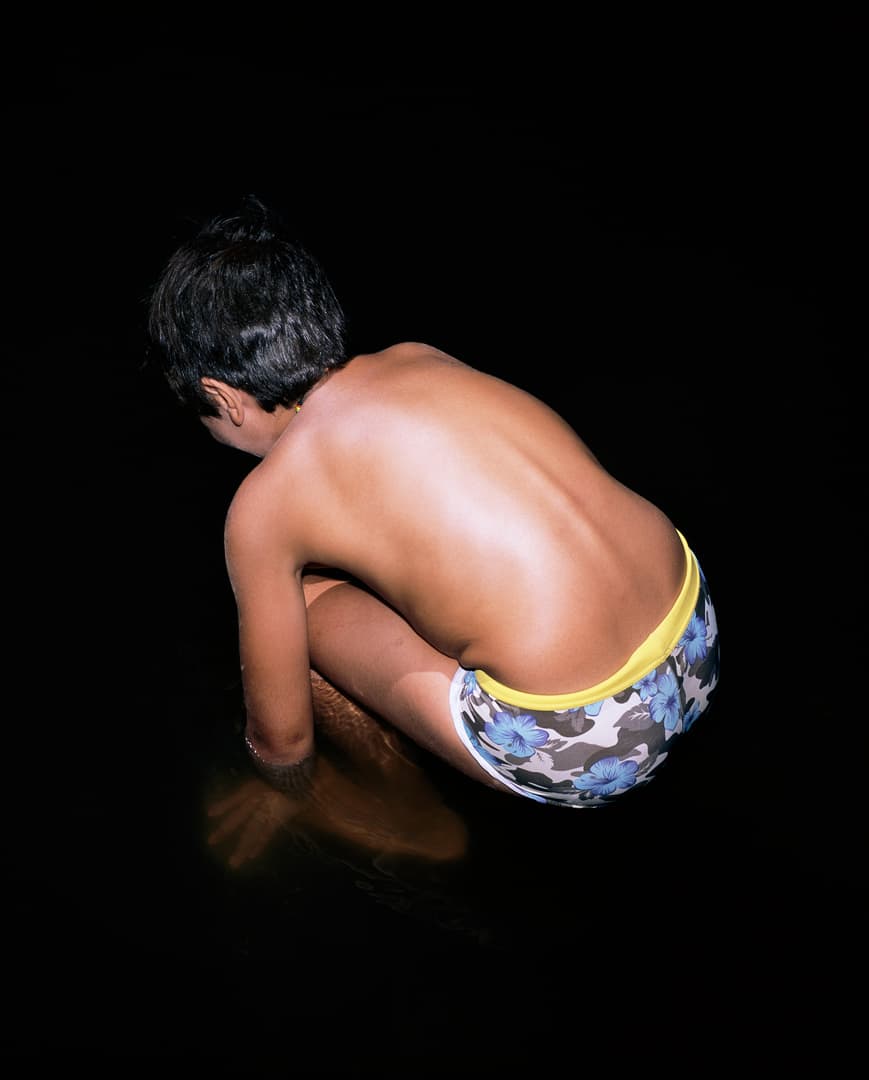 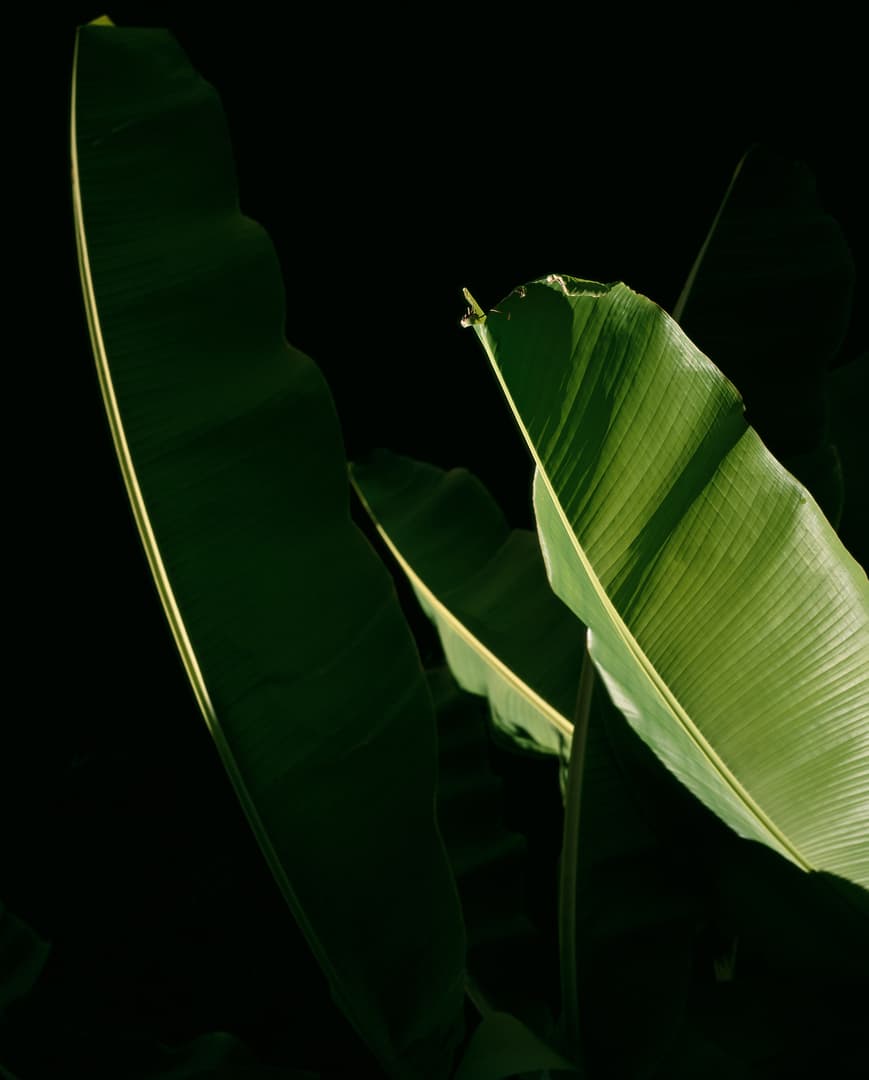 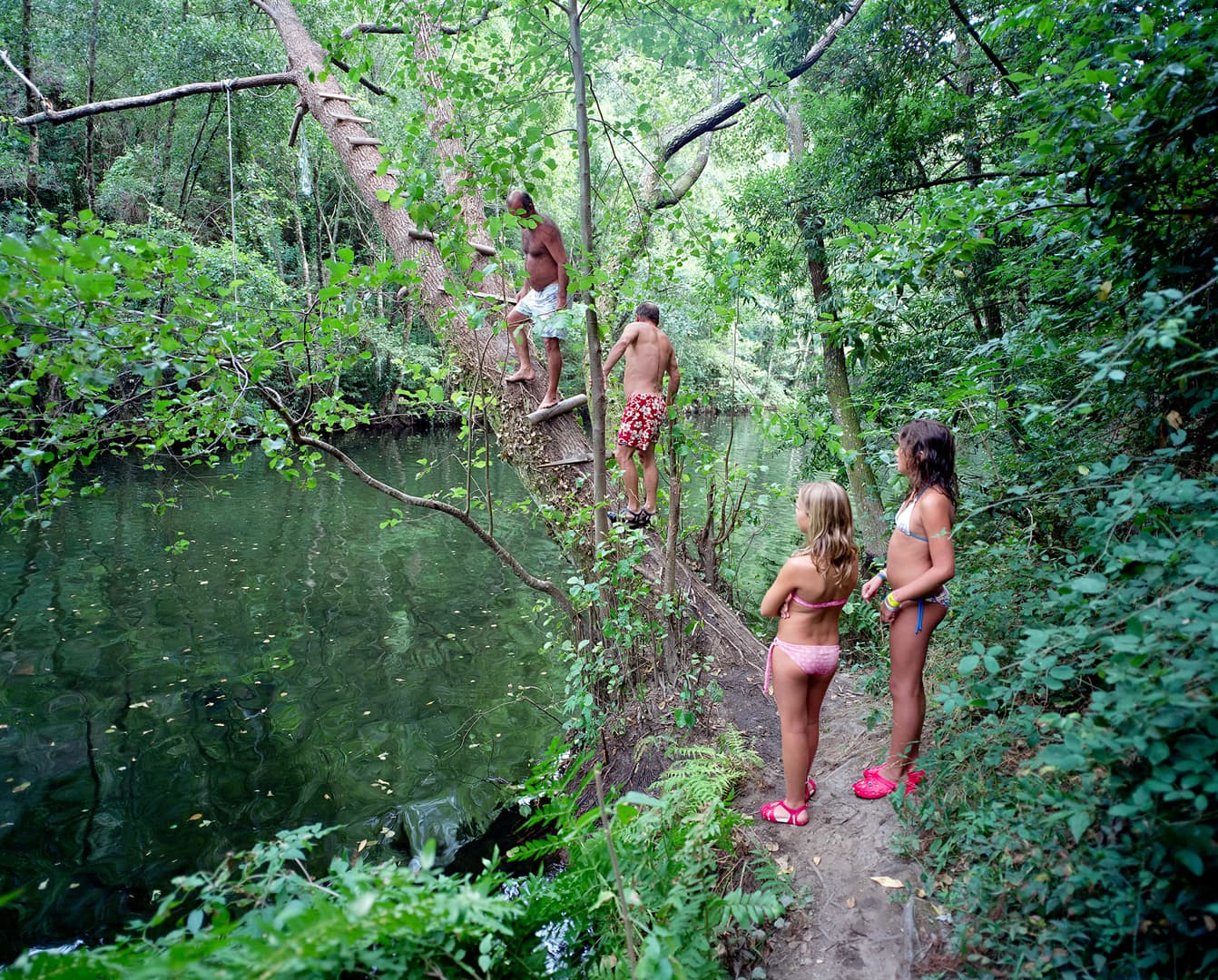 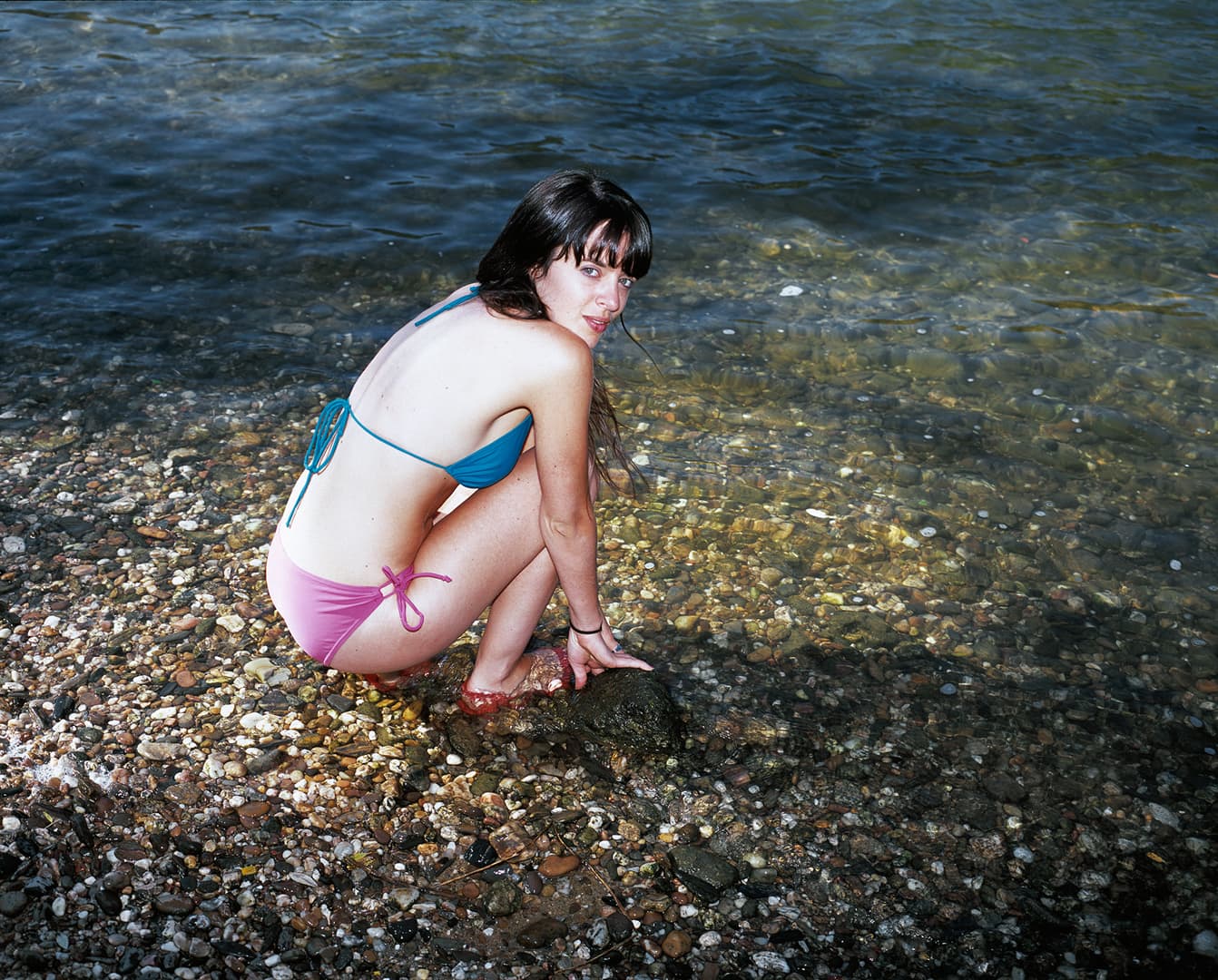 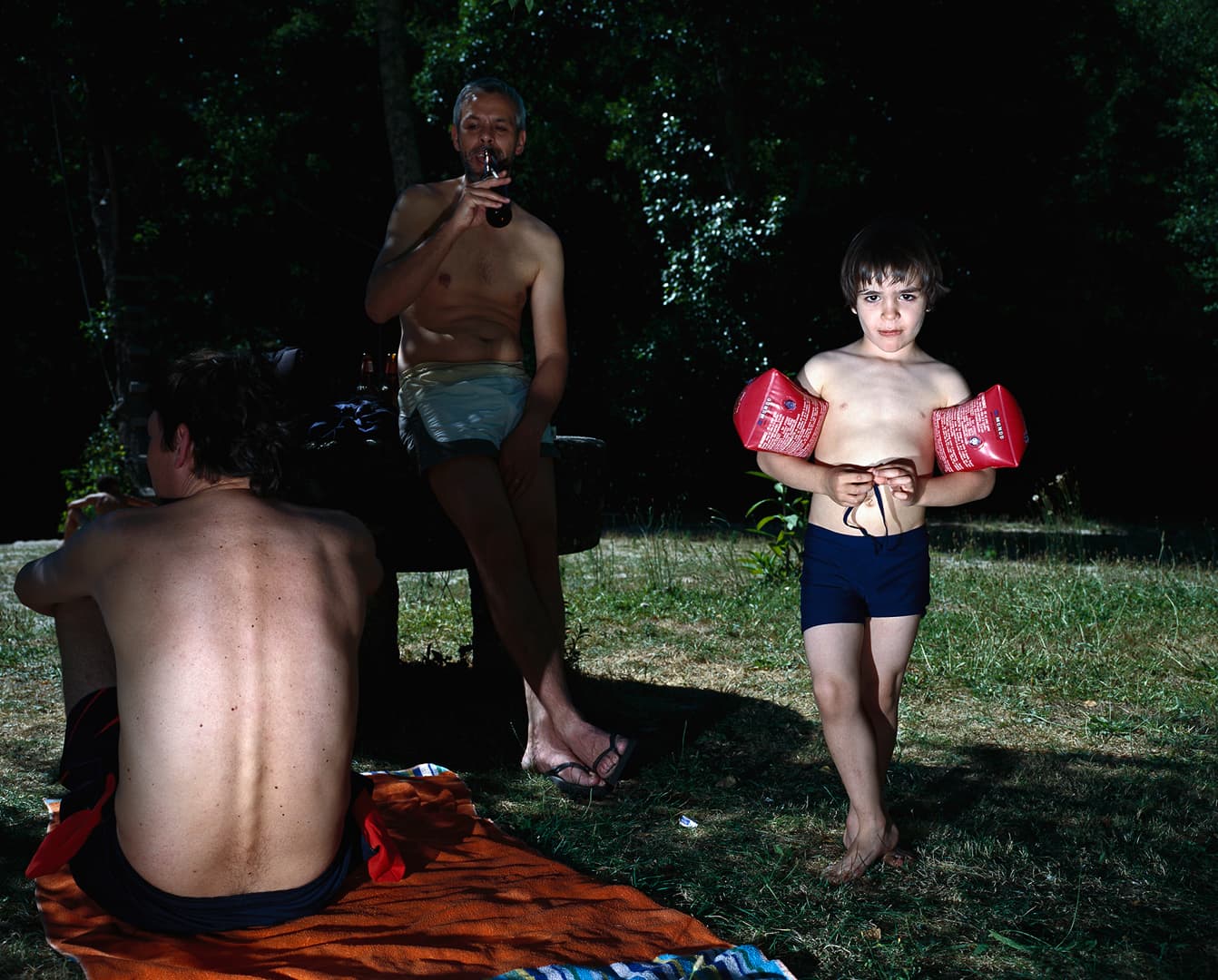 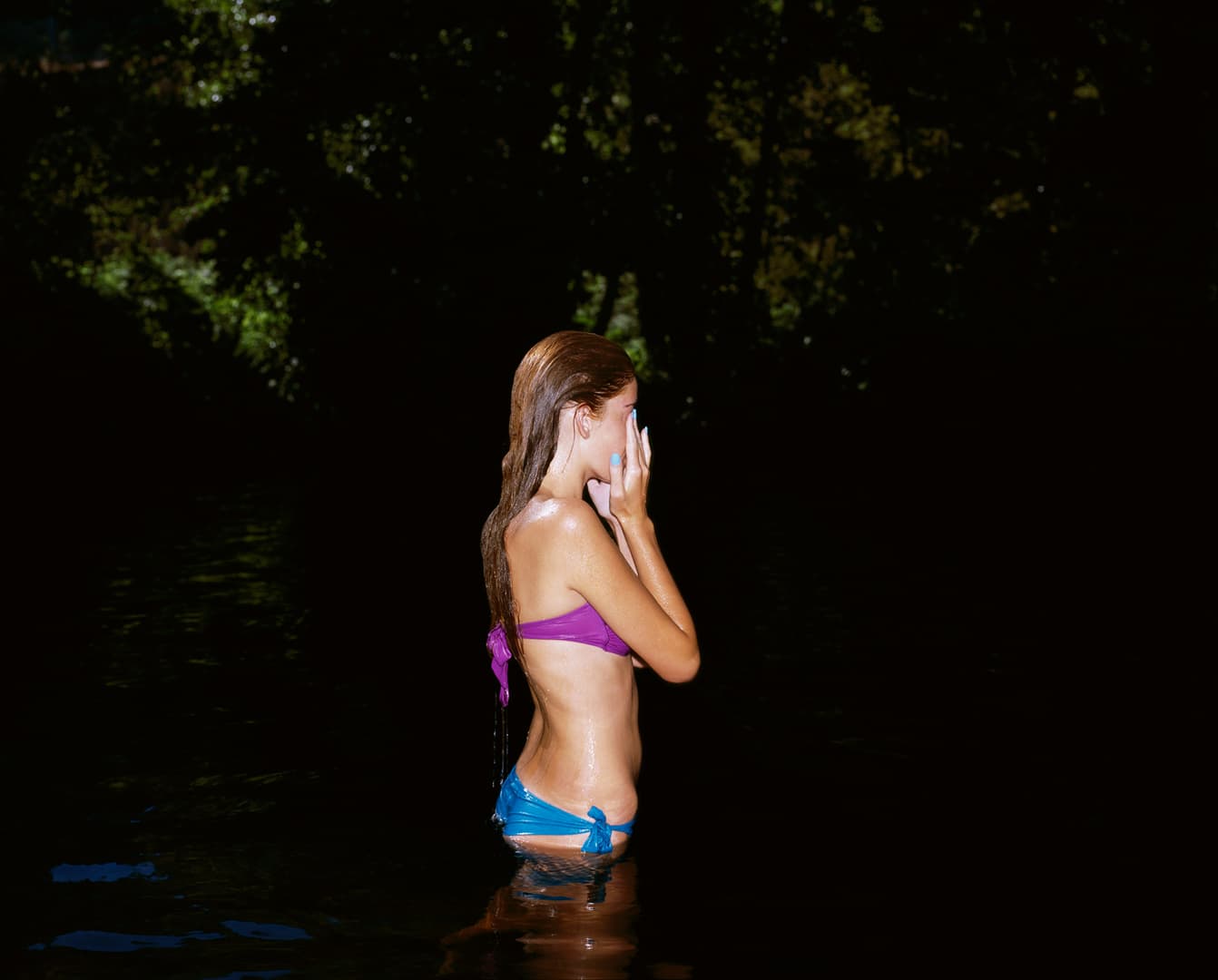 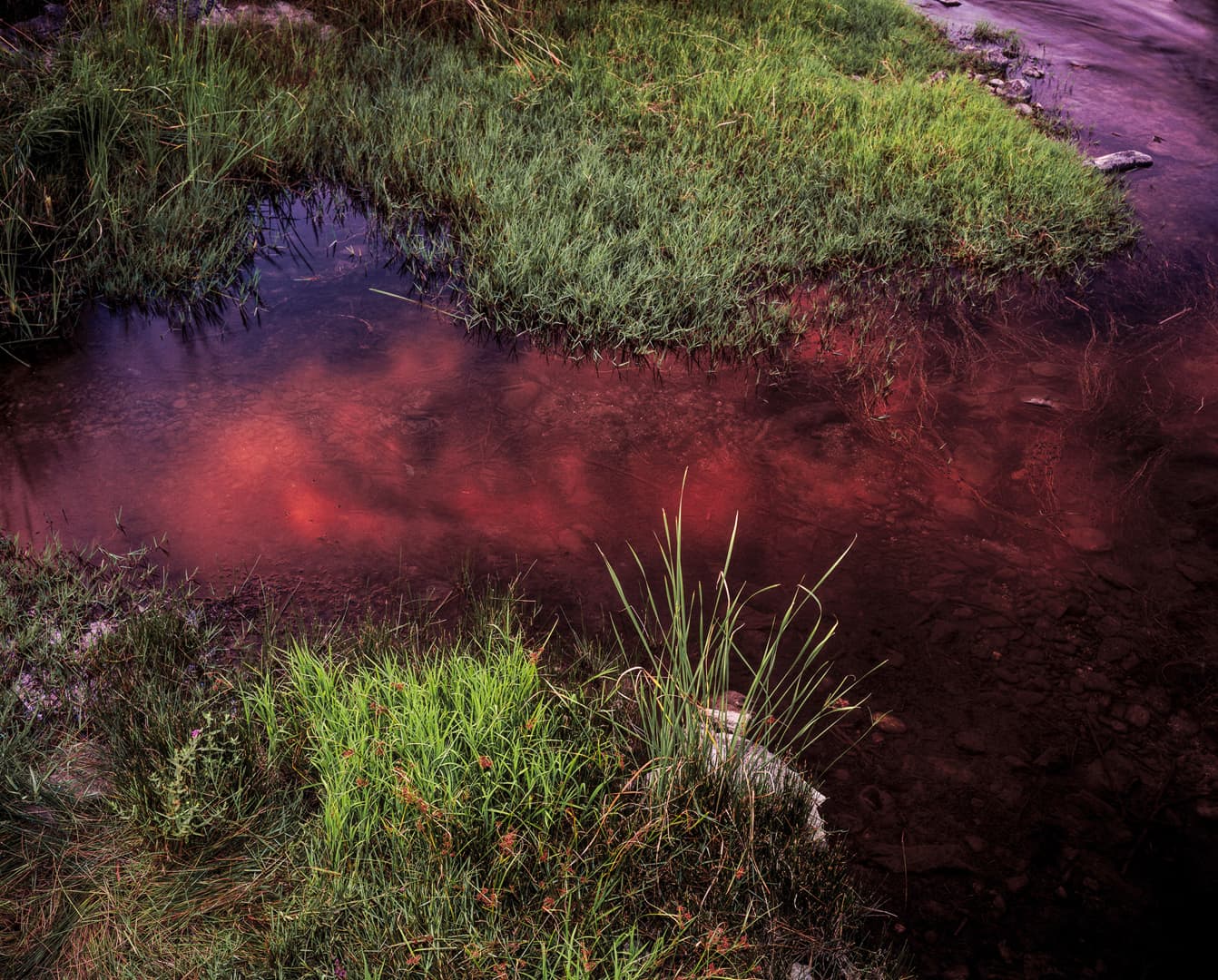 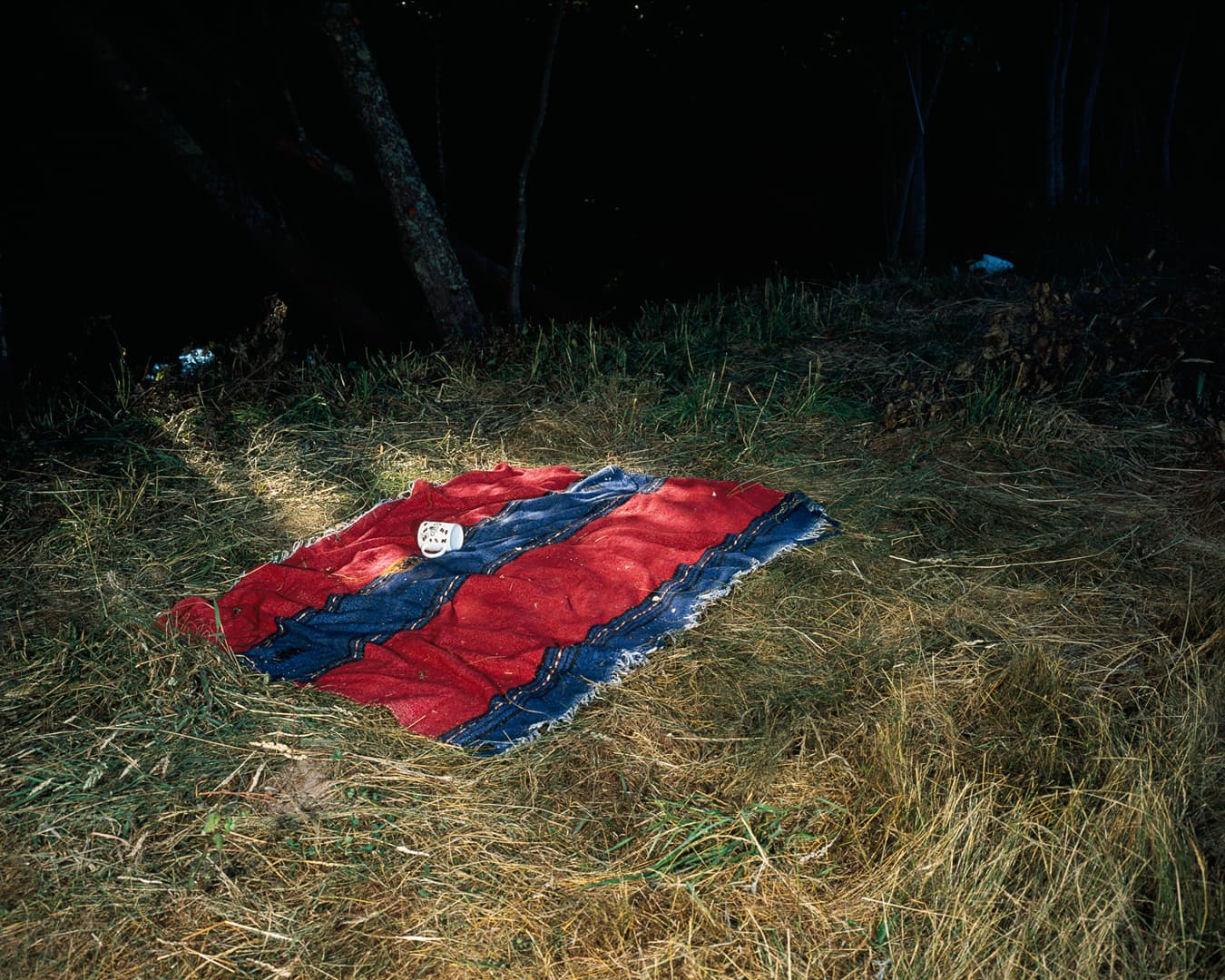 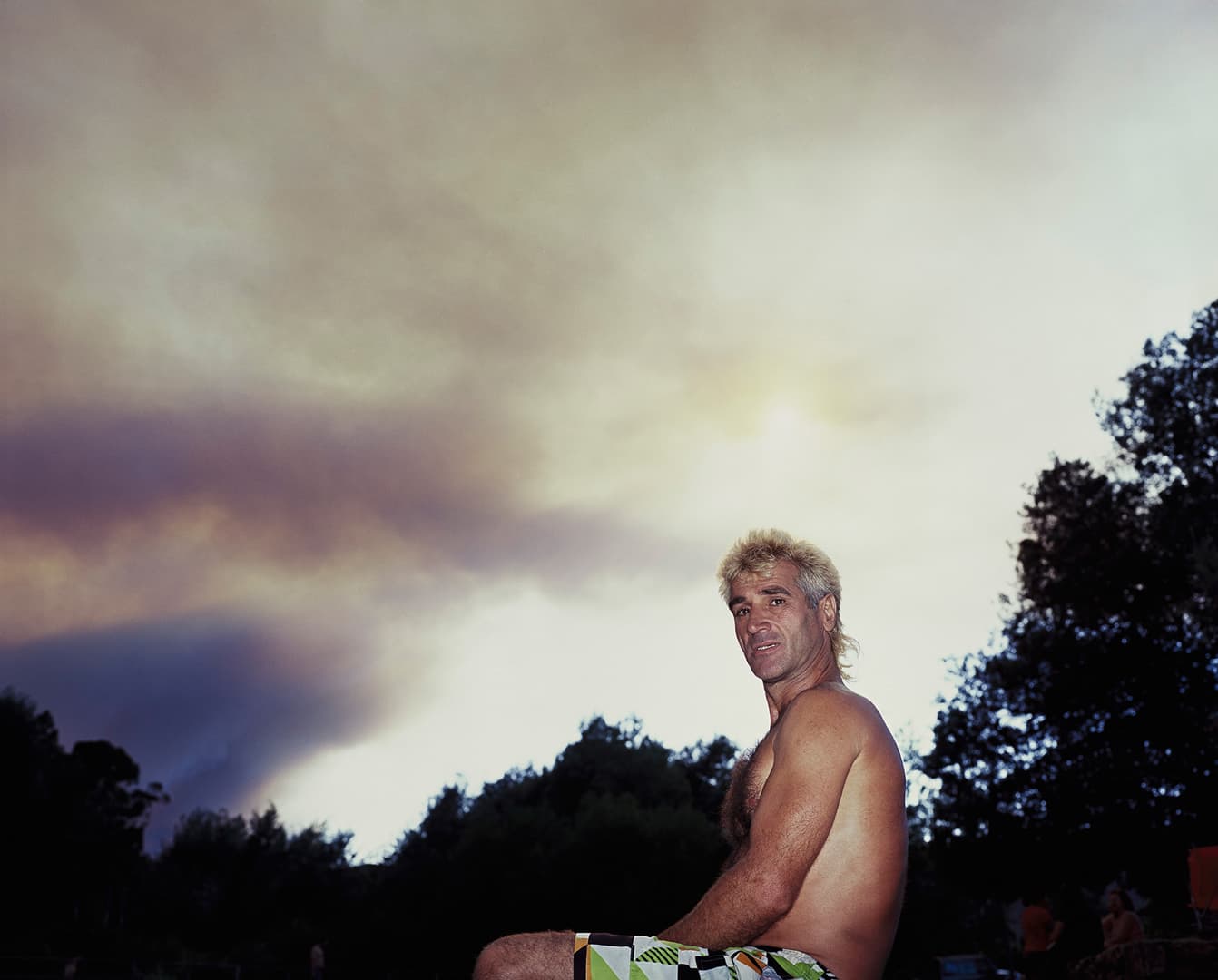 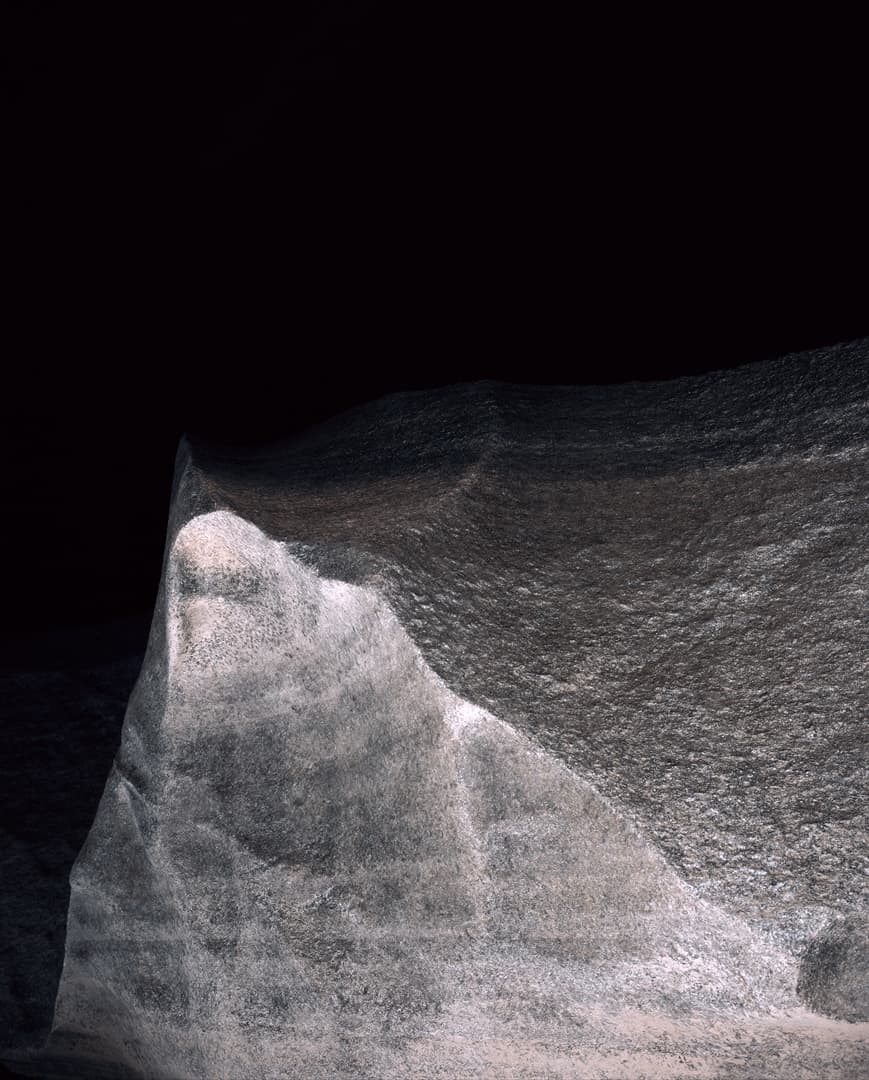 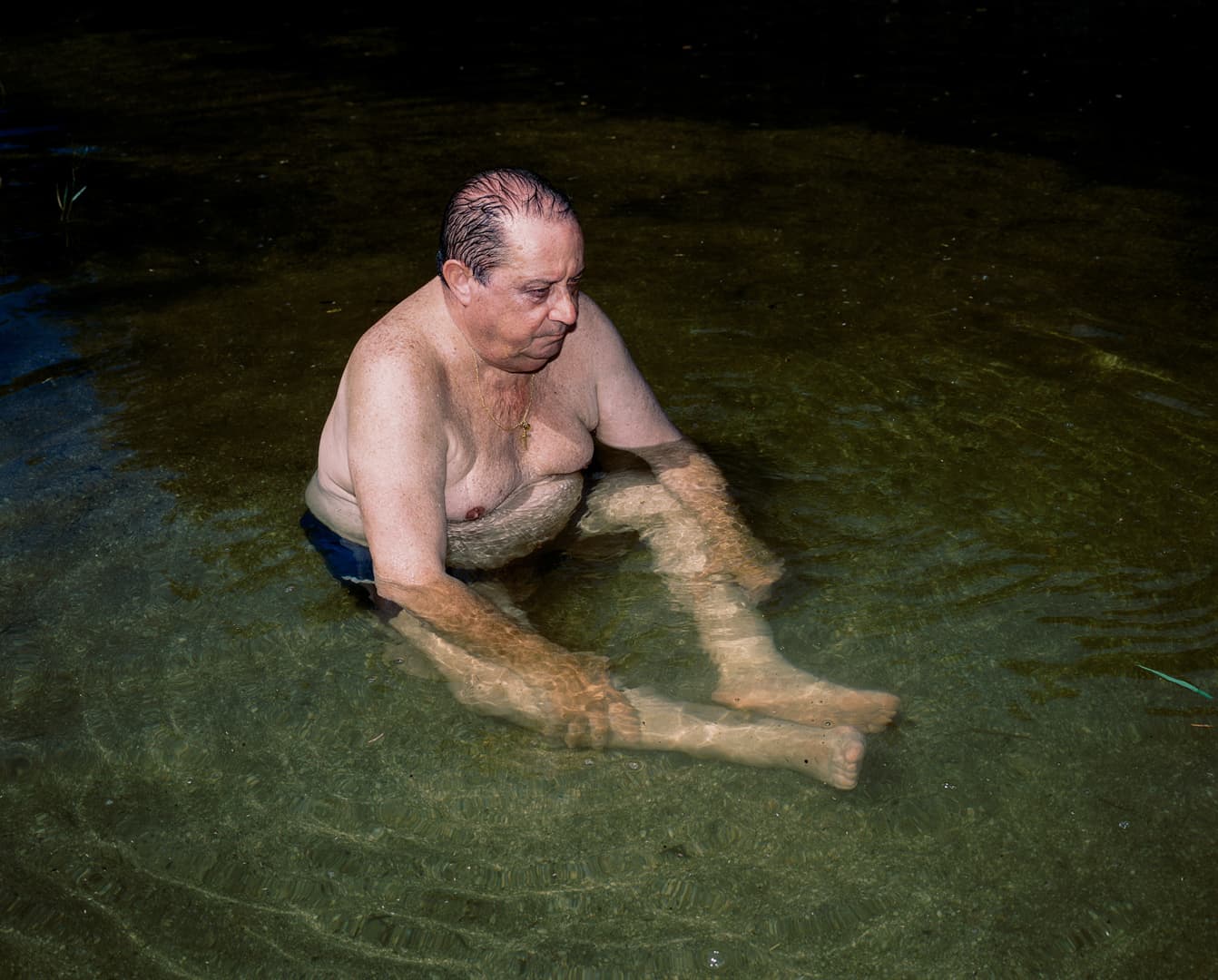 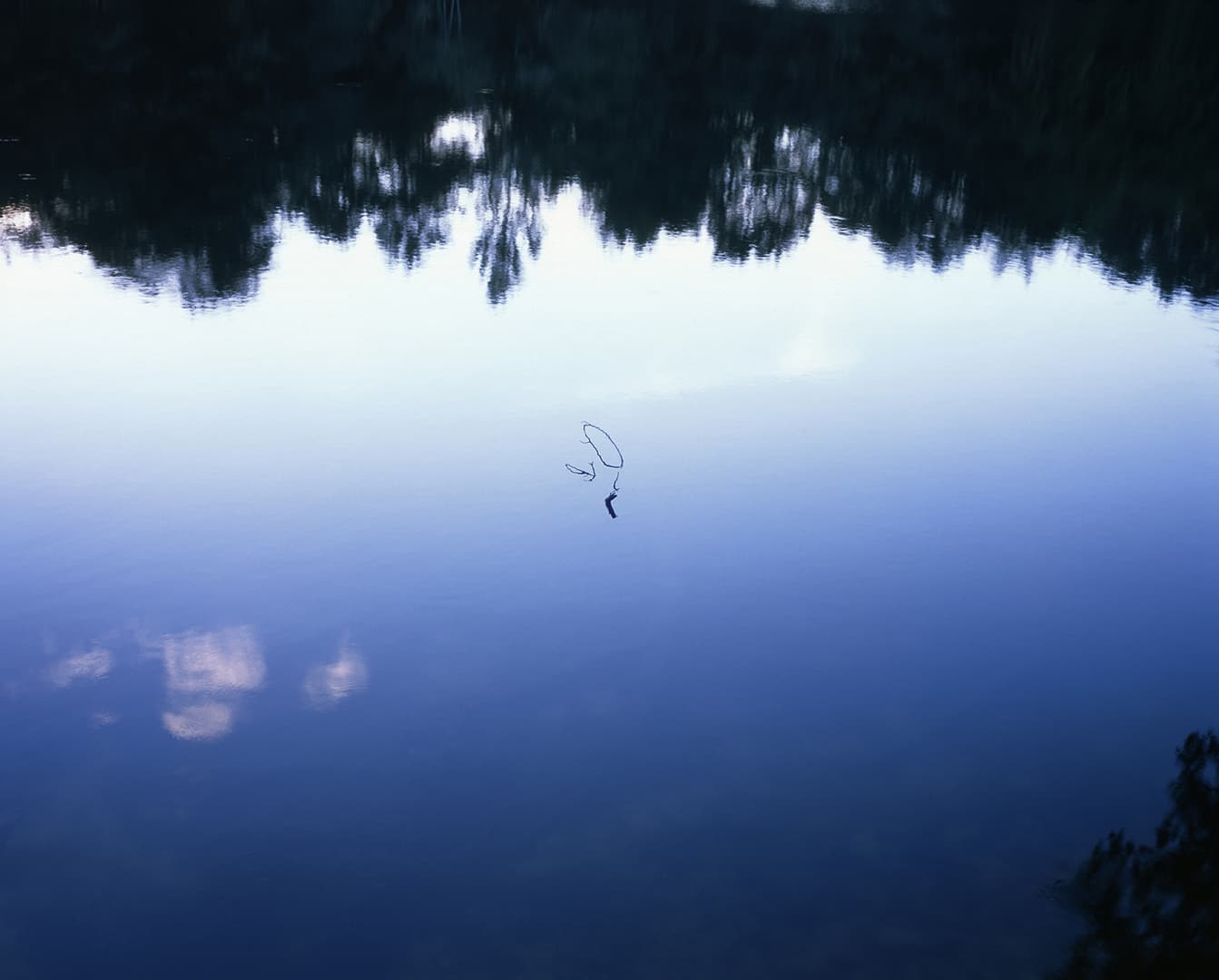 Fluvial is a meditation on the beaches and villages of interior northern and central Portugal. Photographed between 2011 and 2017, these fluvial scenes transmute personal geography into a fictional atmosphere. Testifying to the author’s lifelong relation with northern and central Portuguese riverside beaches and villages, they do so not in the manner of a topographic survey but by equating erosion with vision. Just as the river currents have shaped the natural elements, time’s passage appears to have depurated irony off his gaze, predisposing it to form and analogy, and to kindness toward his equals. Capturing families at informal moments of Portuguese society, predominantly emigrant workers home for summer from northern European countries, bodies, tree trunks and riverbed rocks are made to resemble small sculptures (some of which anthropomorphic); the human body, here almost amphibious, is often reduced to the simple form, to the submerged surface, either adopting the stream bed as an optical instrument, or by shaping it with light.
The human and non-human bodies emerge from chiaroscuro schemes, either as elements of an illusory mise-en-scène, or defamiliarized, reduced to mere form, as if by casting a spell on them.
Realistic yet dreamlike, conveying a pagan sense of nature, creating the atmospheric effect of an infinite Sunday, it reminds a summer dream —a visual ode to human leisure.