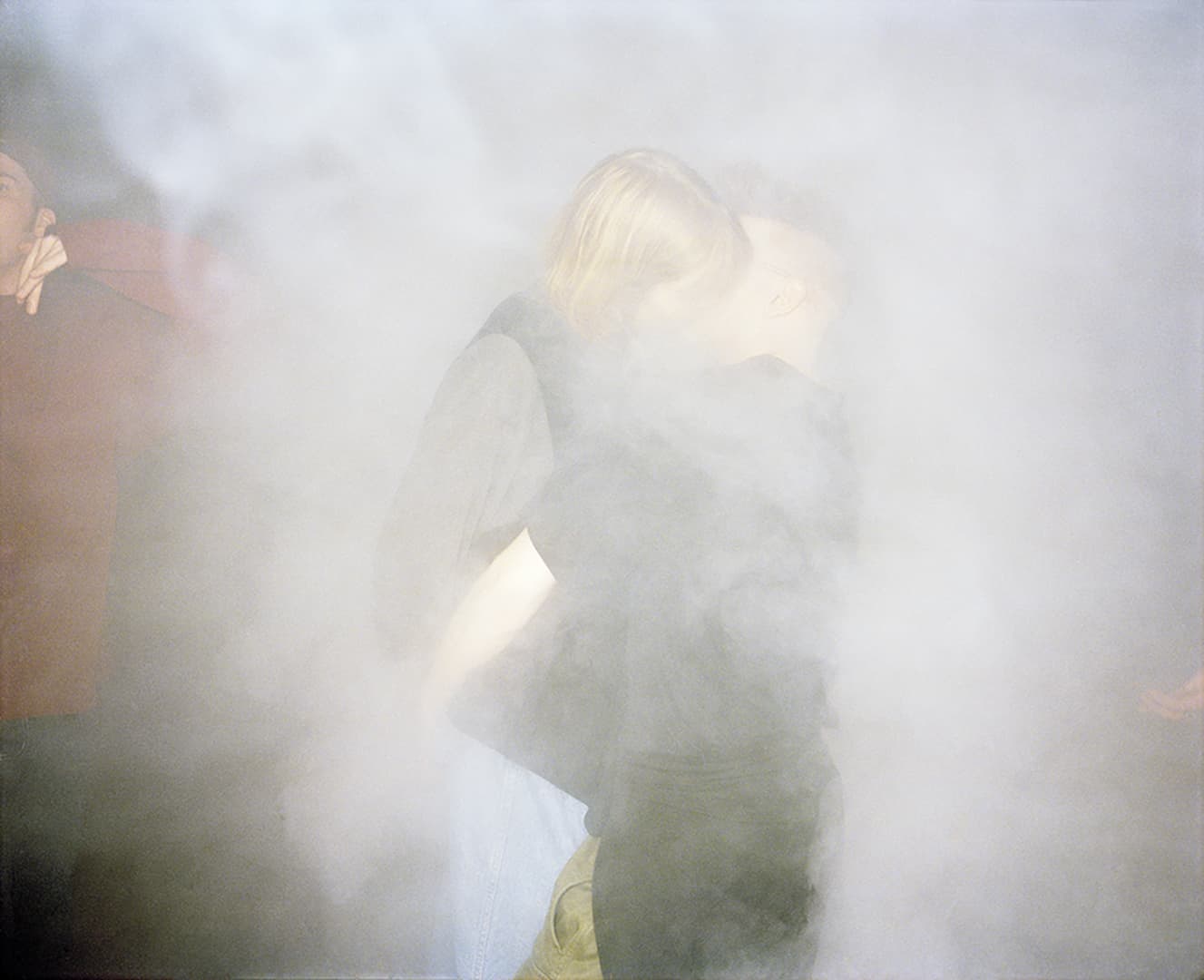 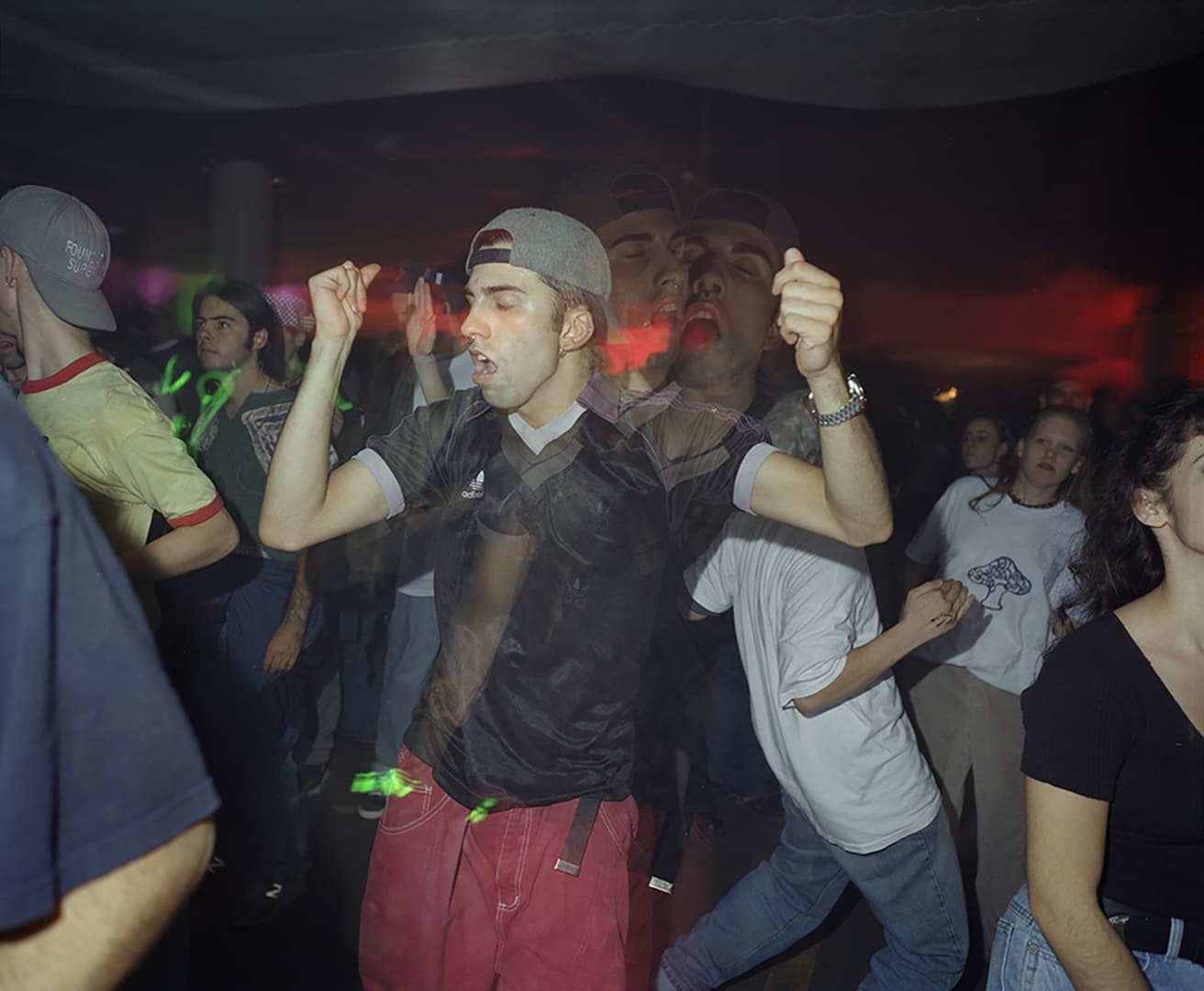 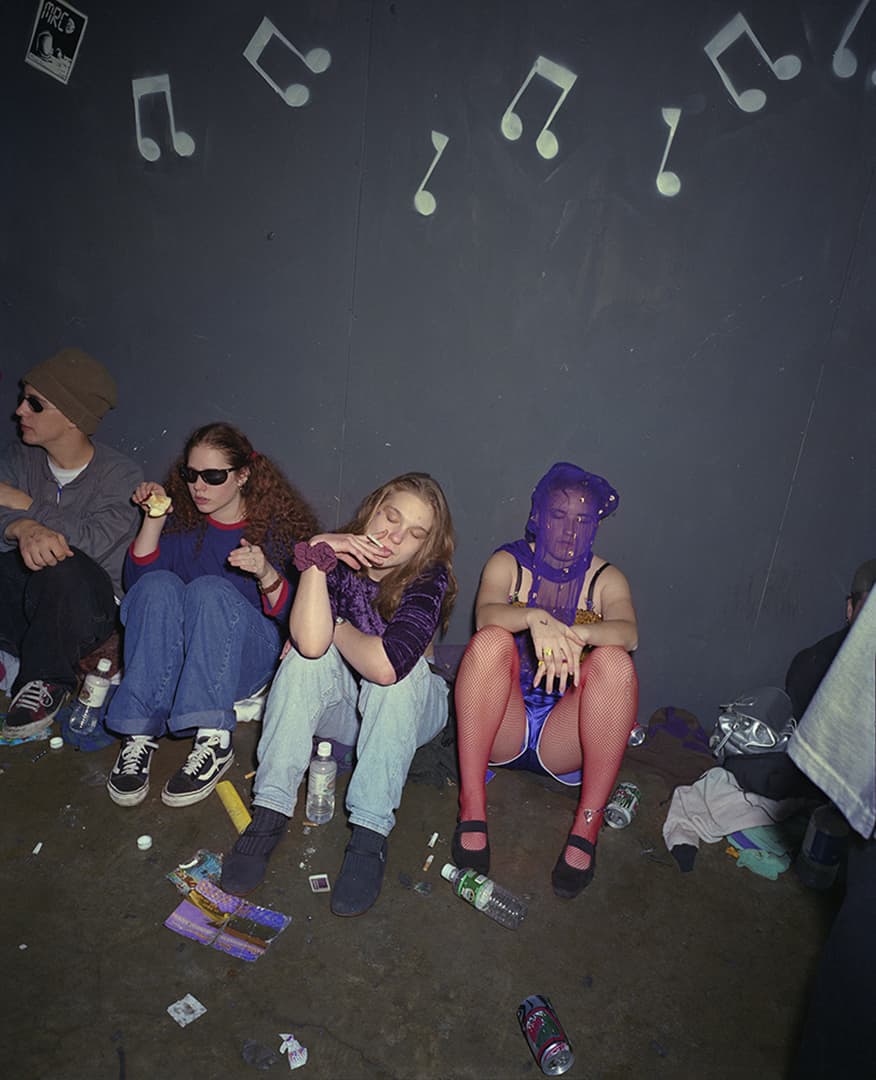 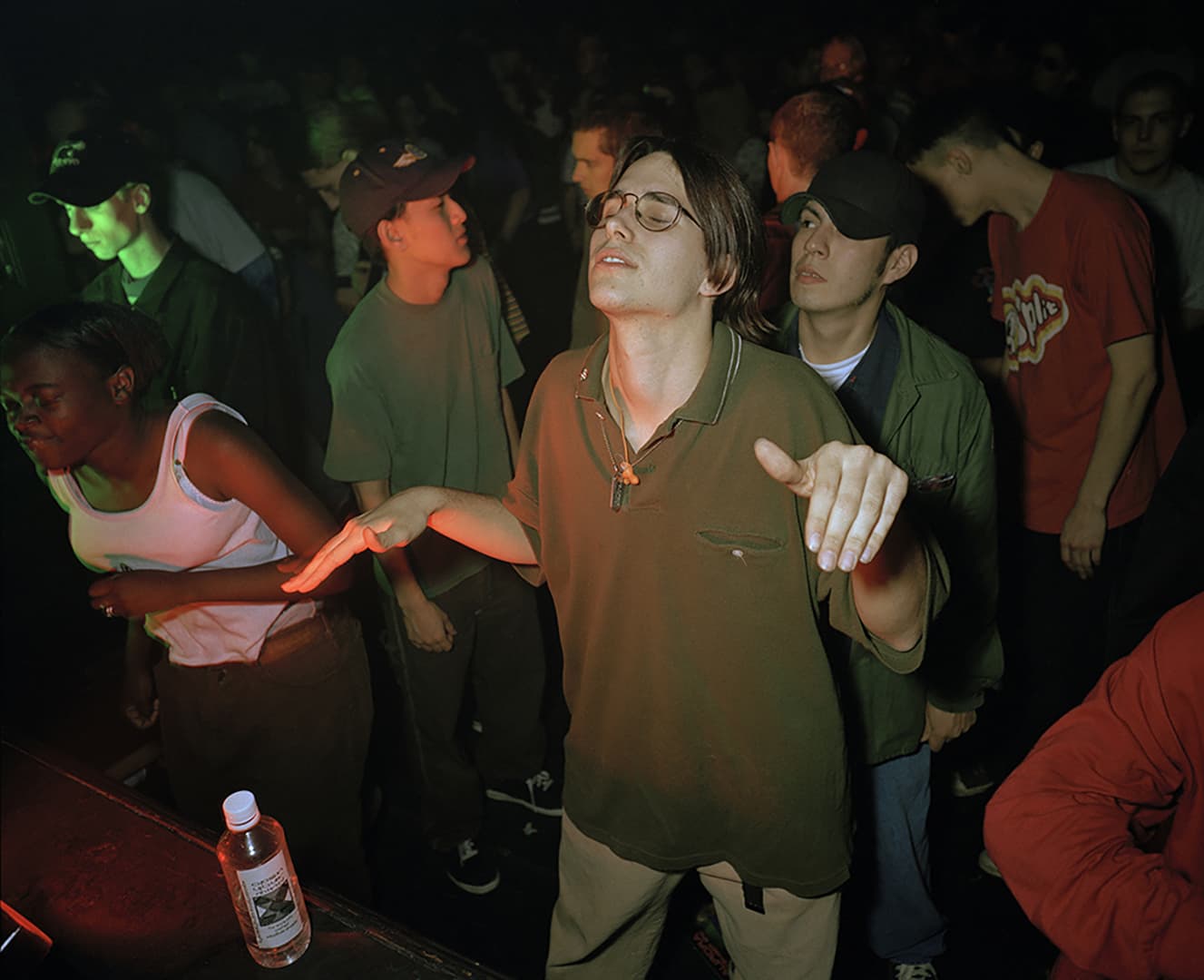 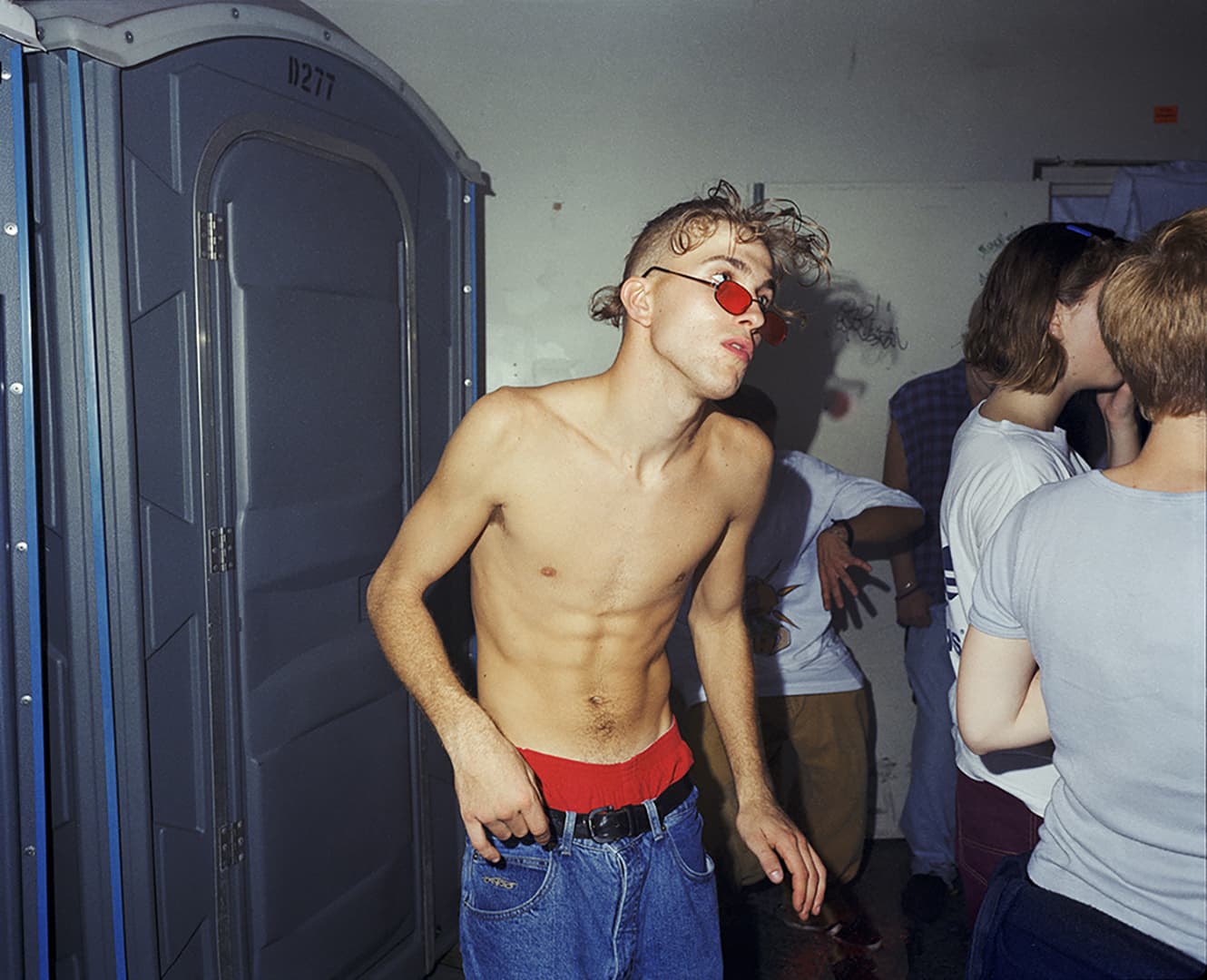 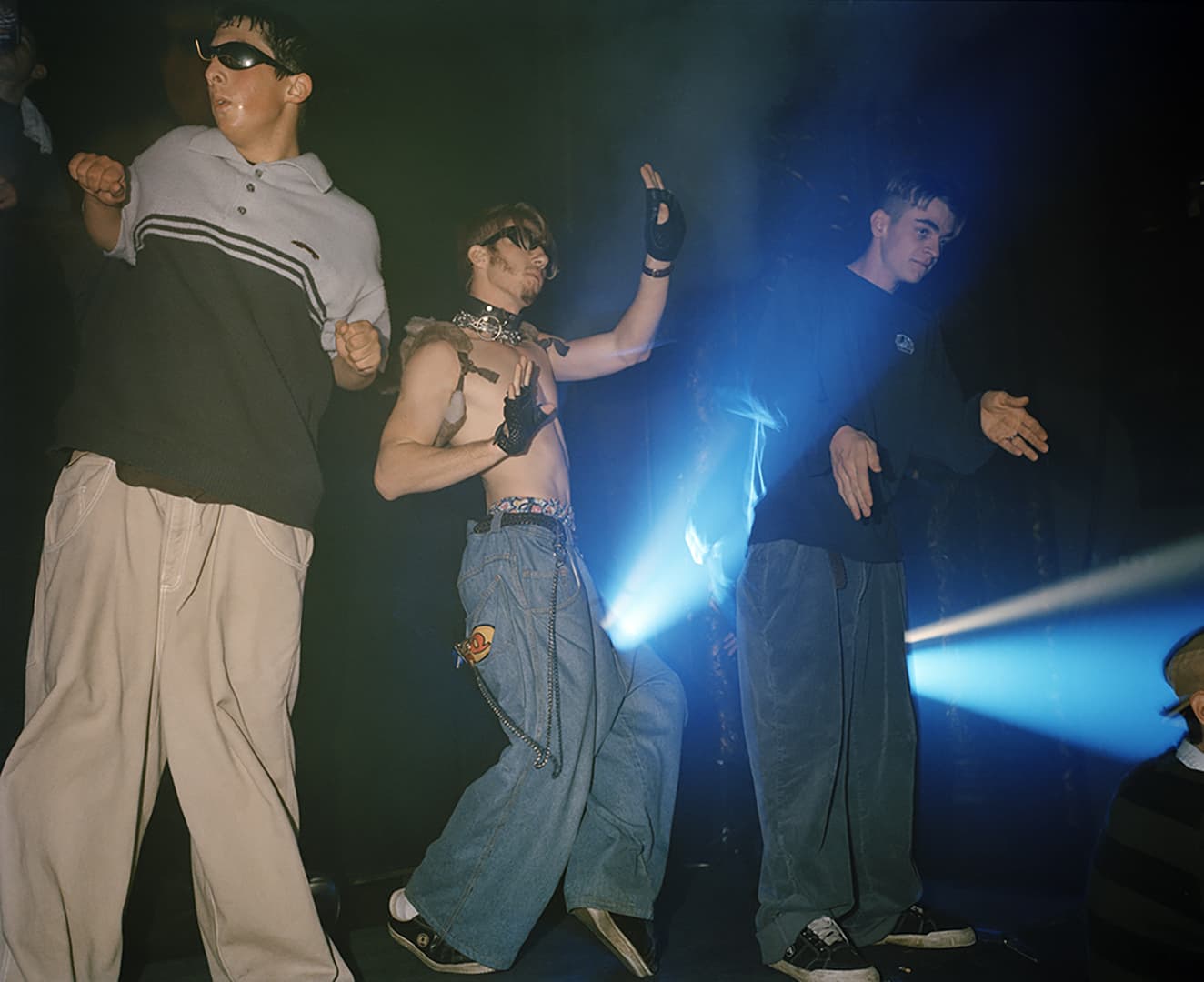 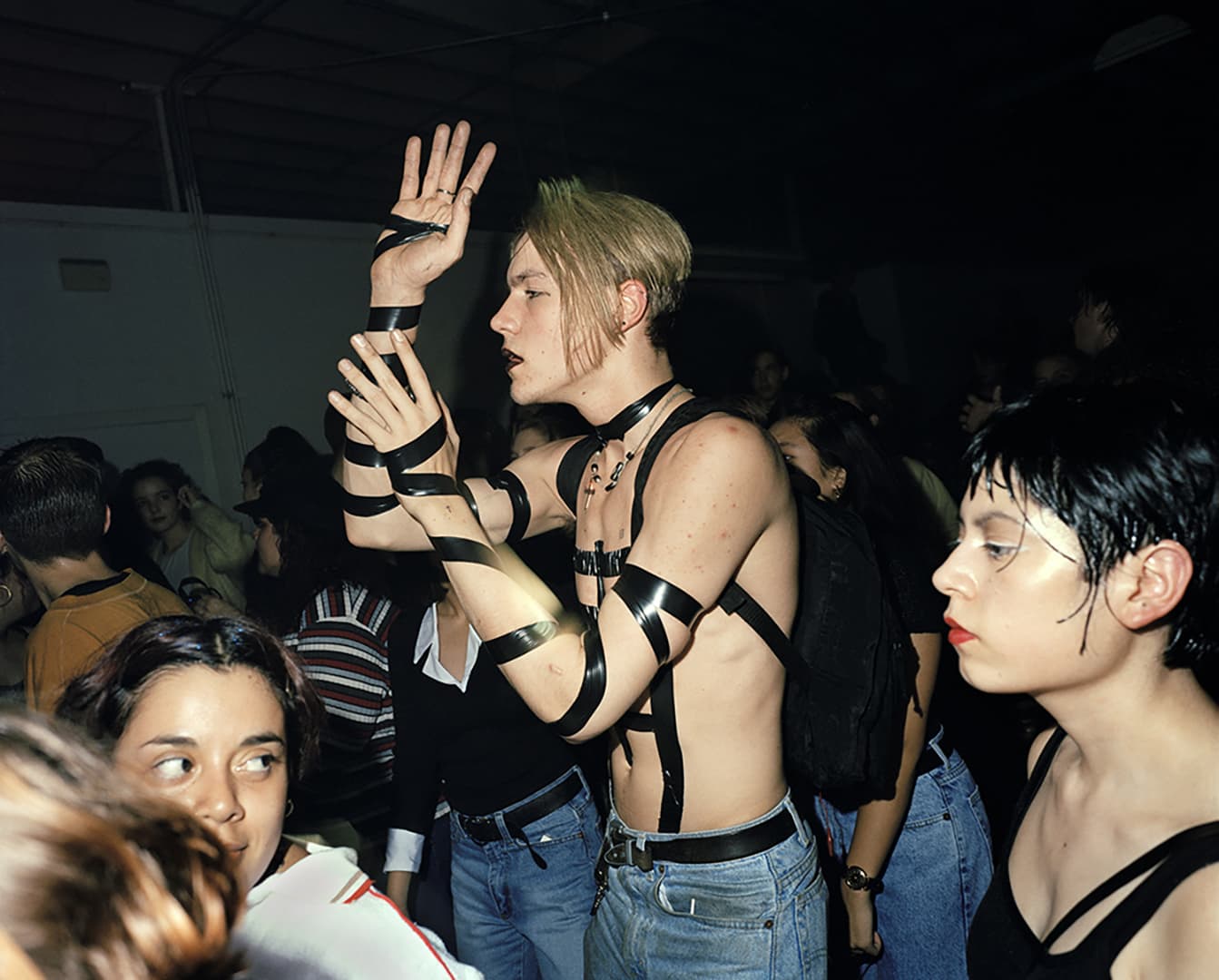 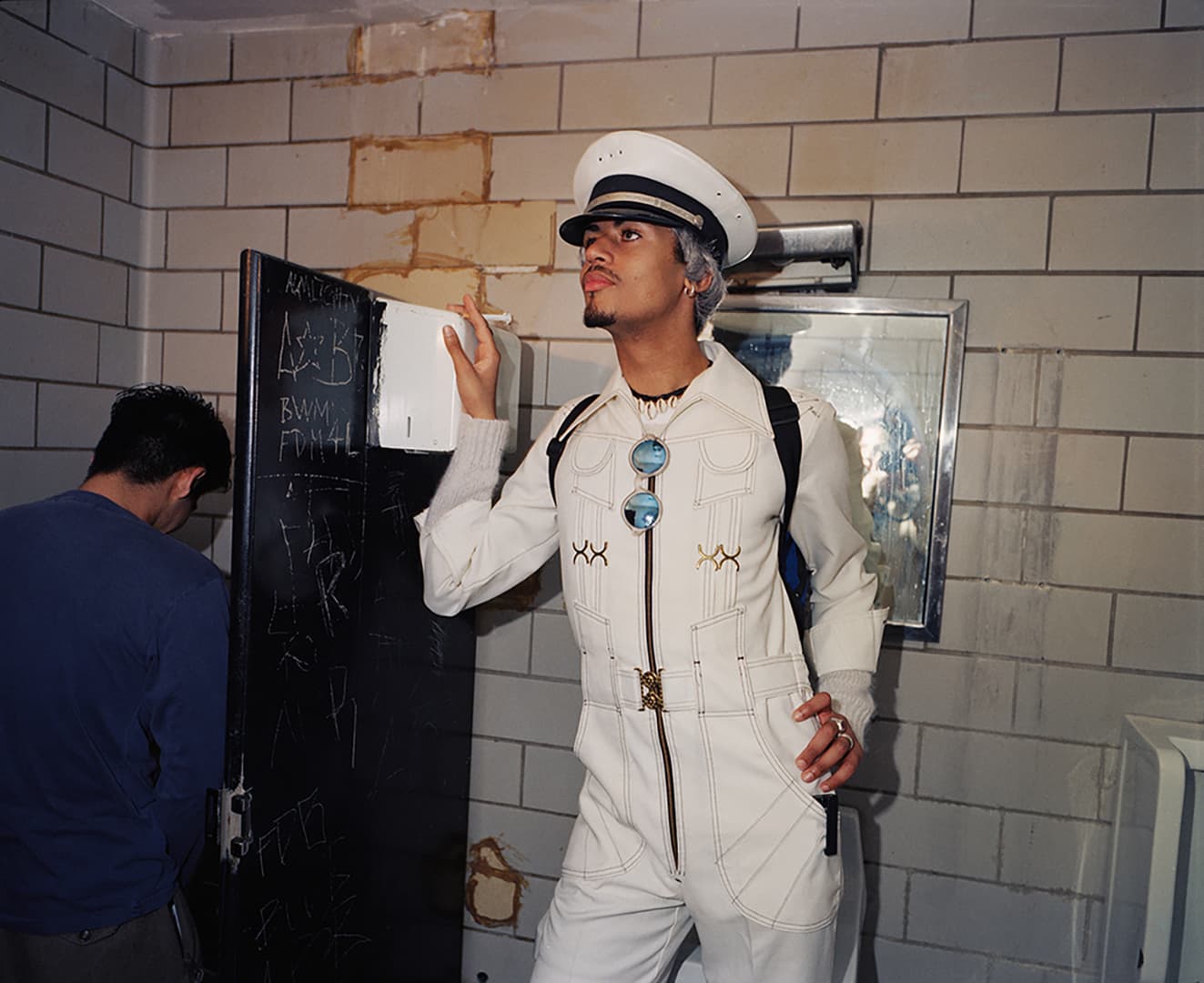 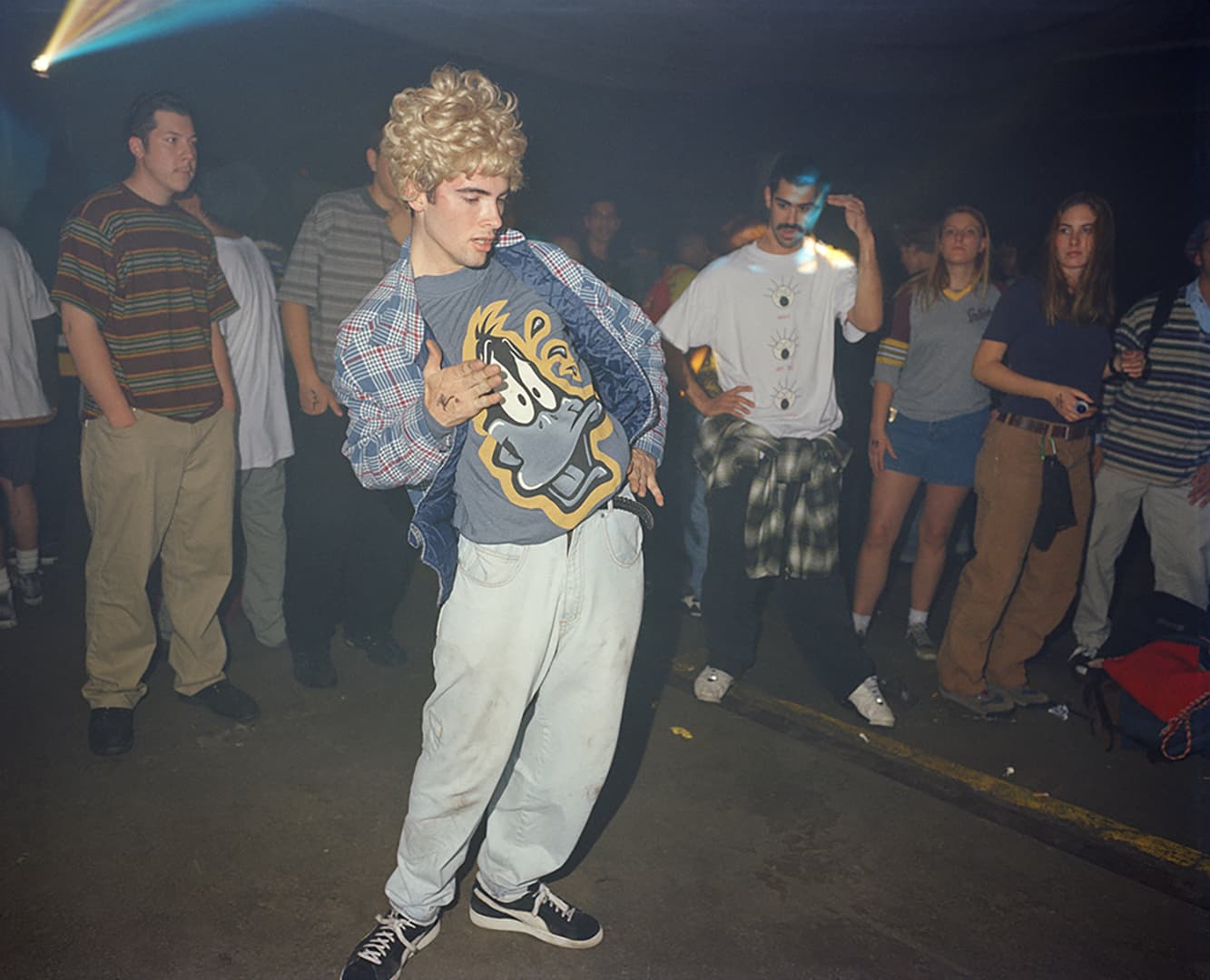 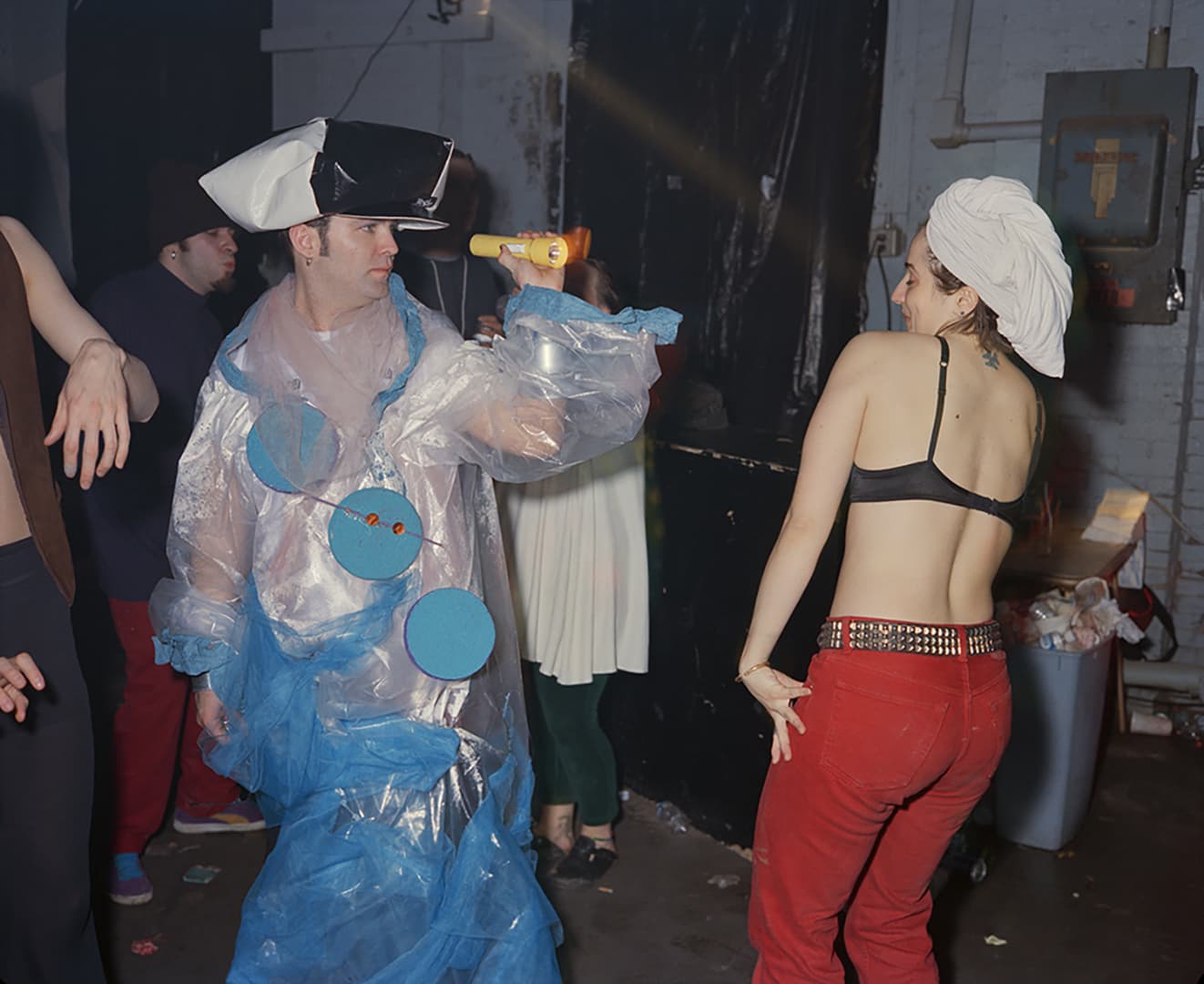 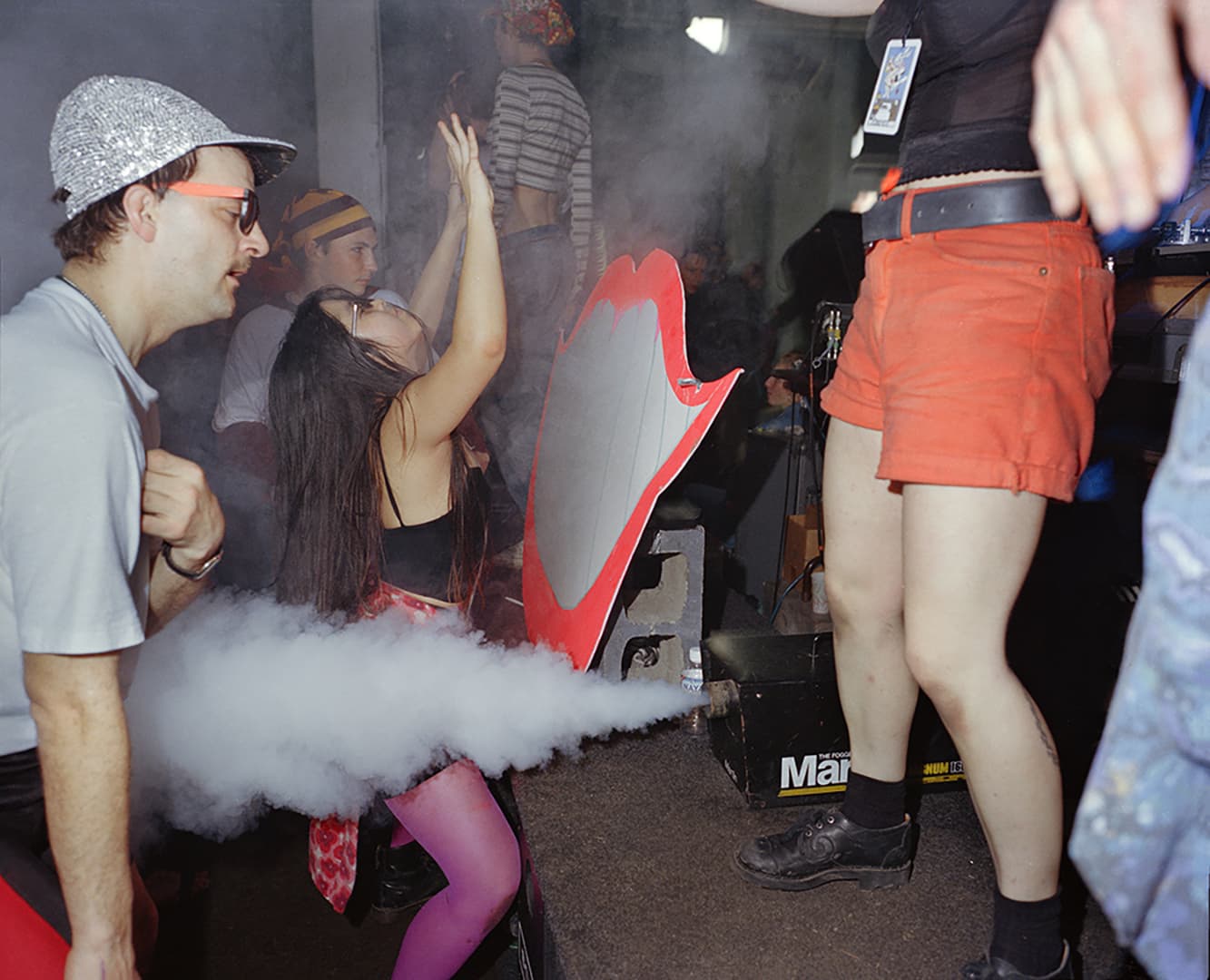 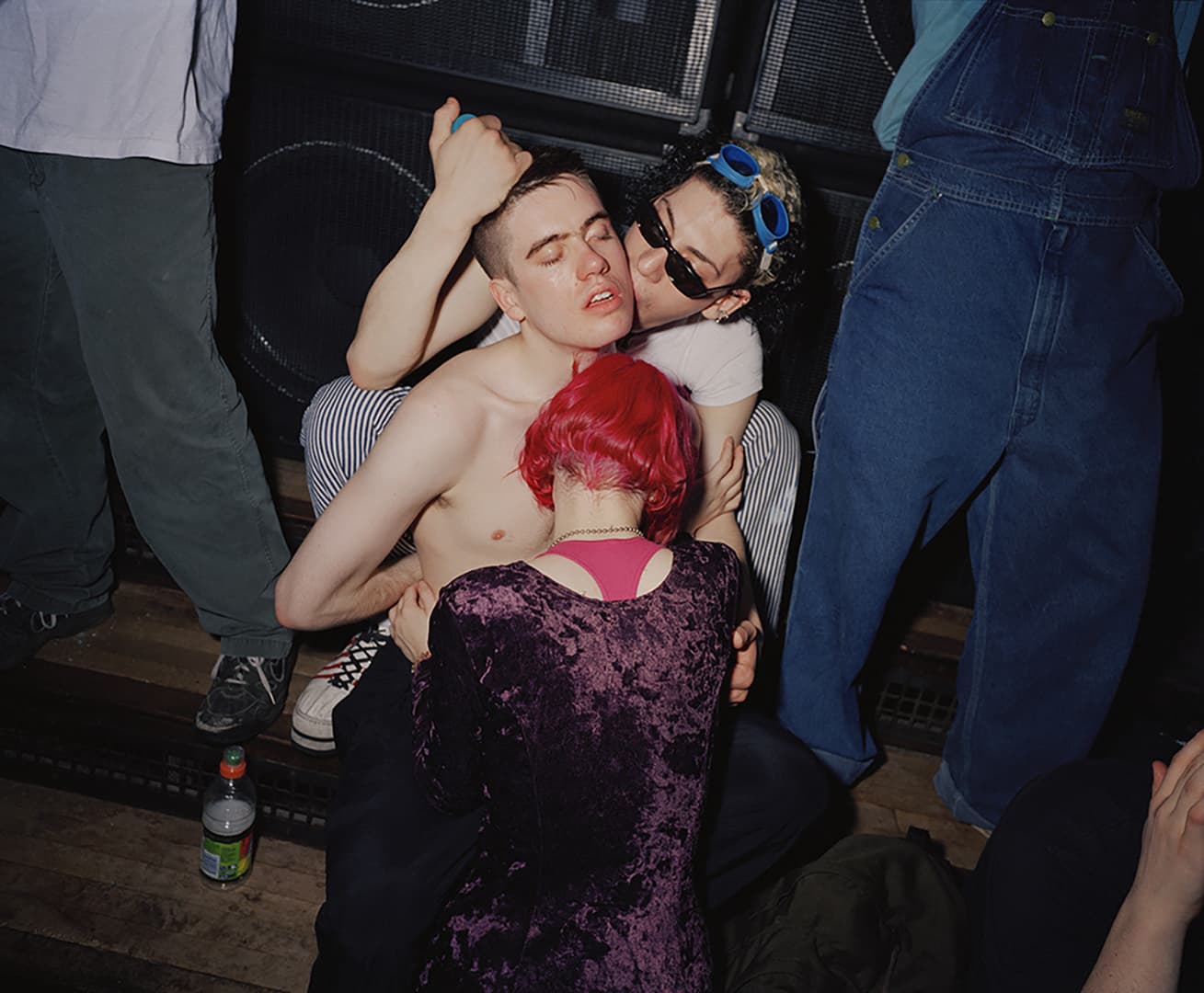 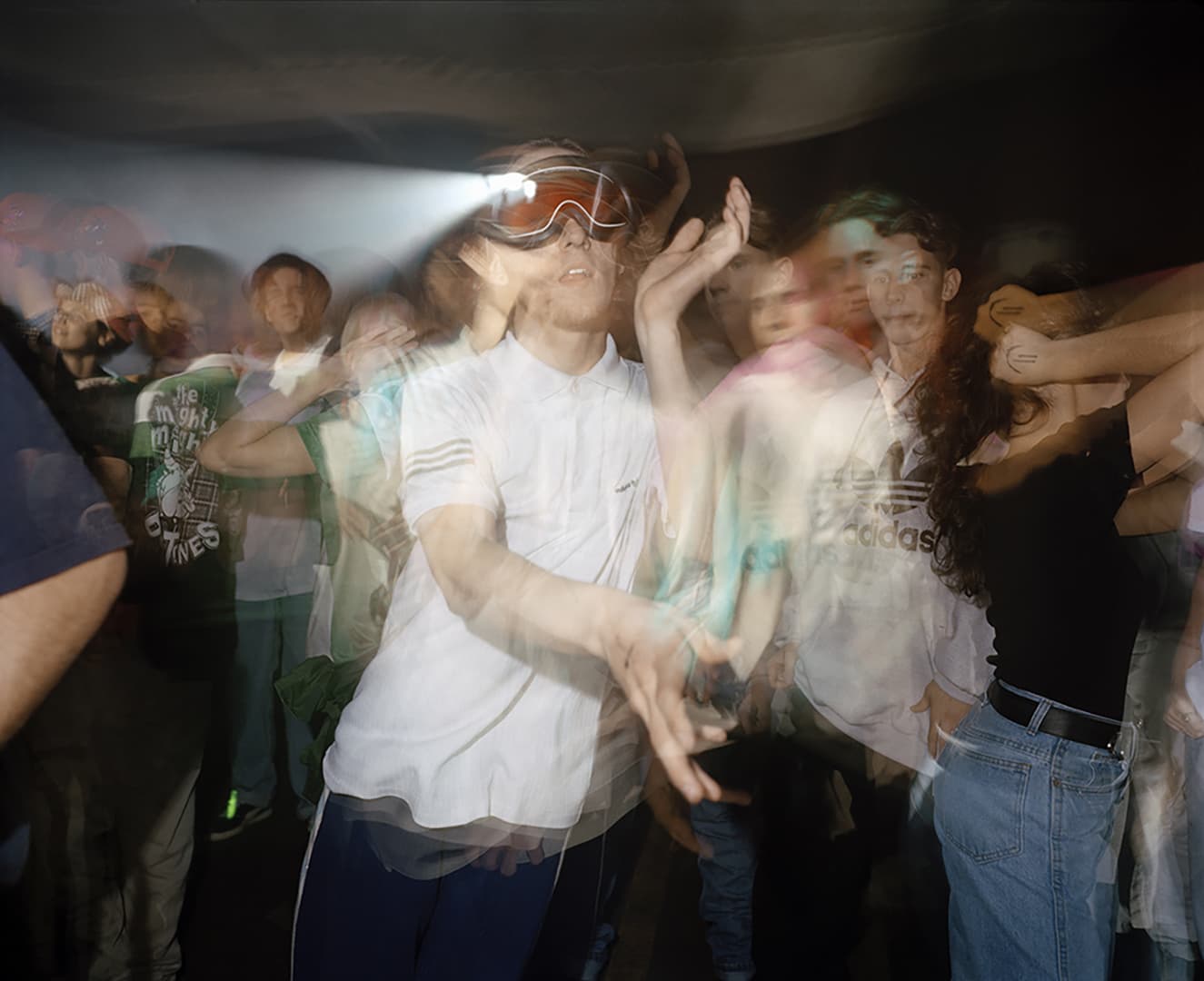 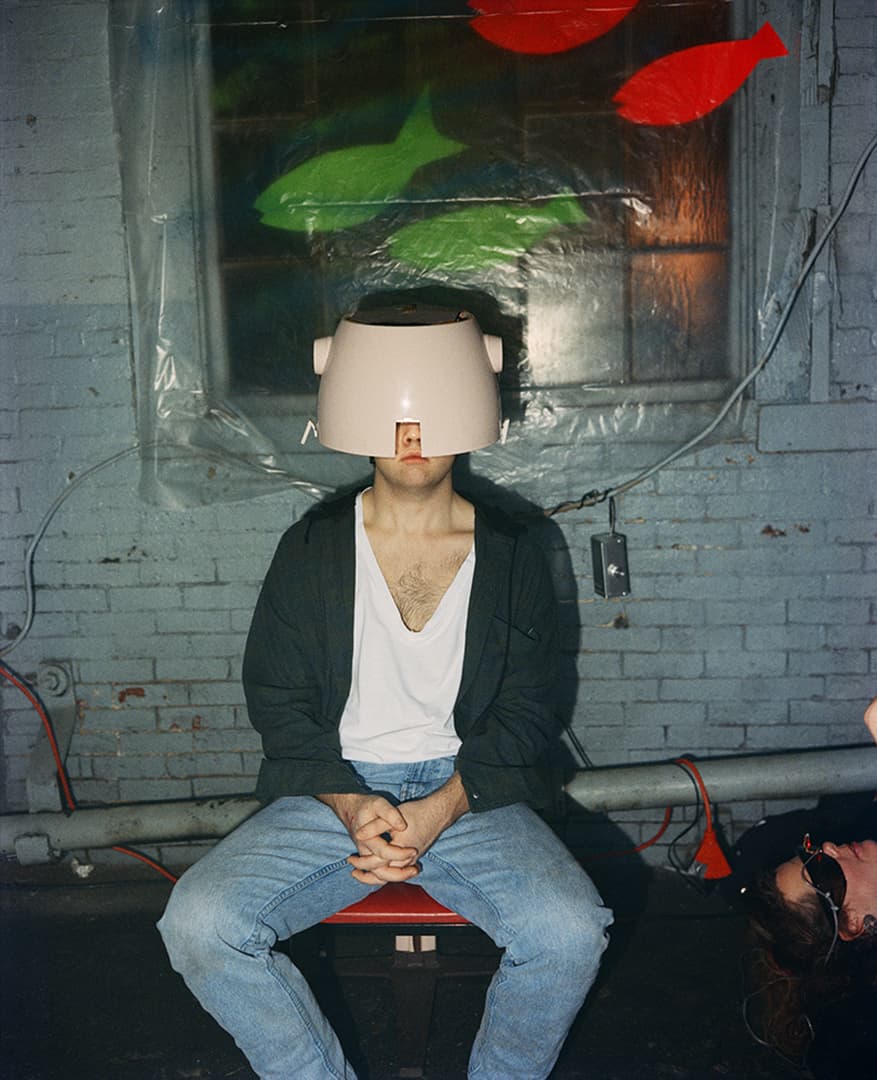 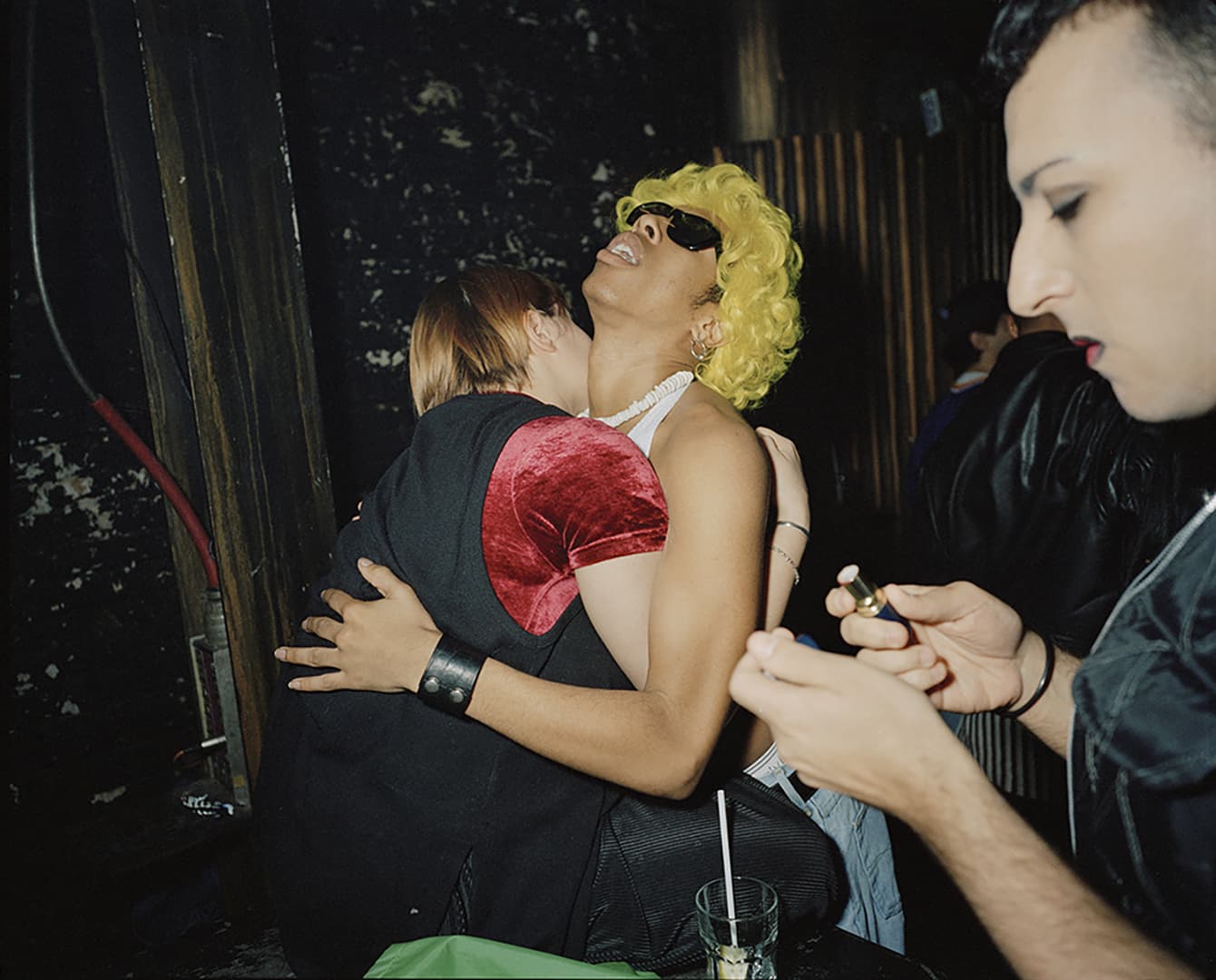 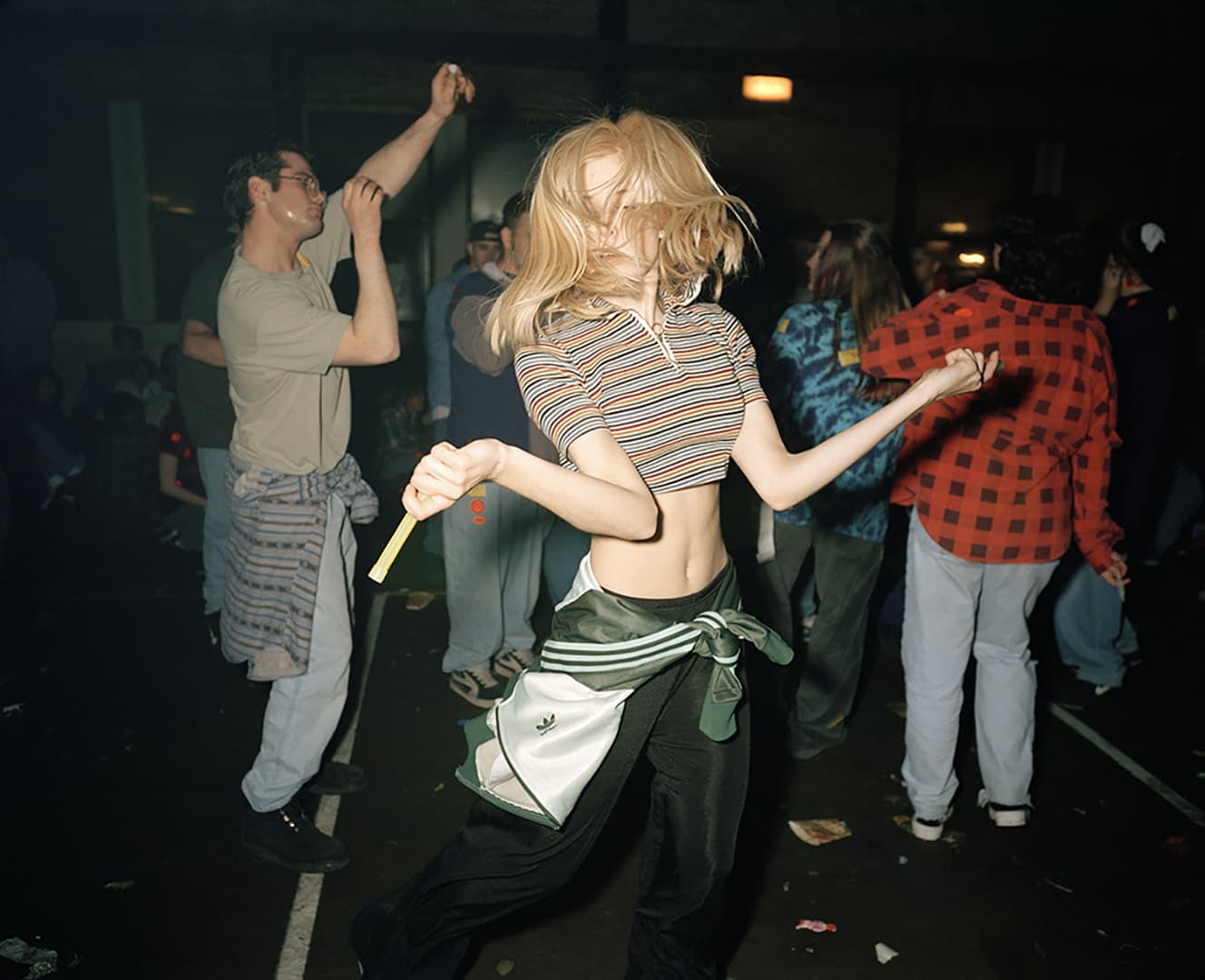 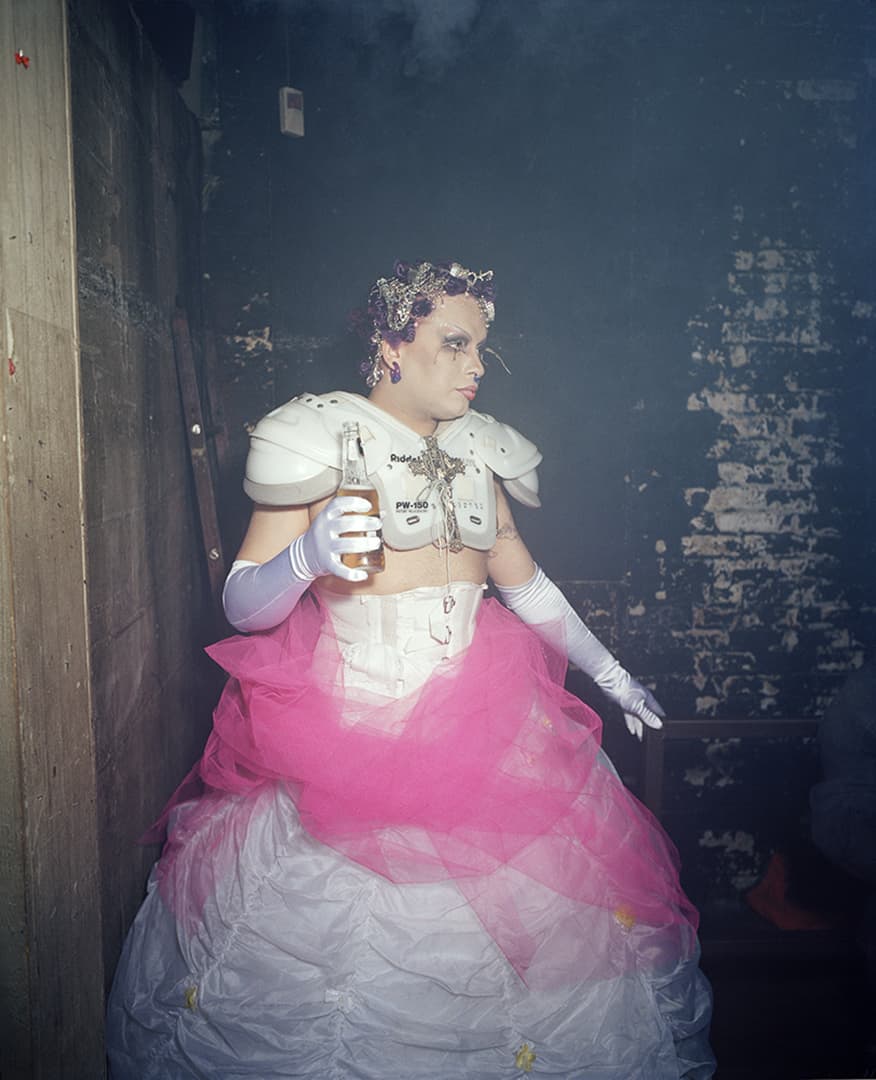 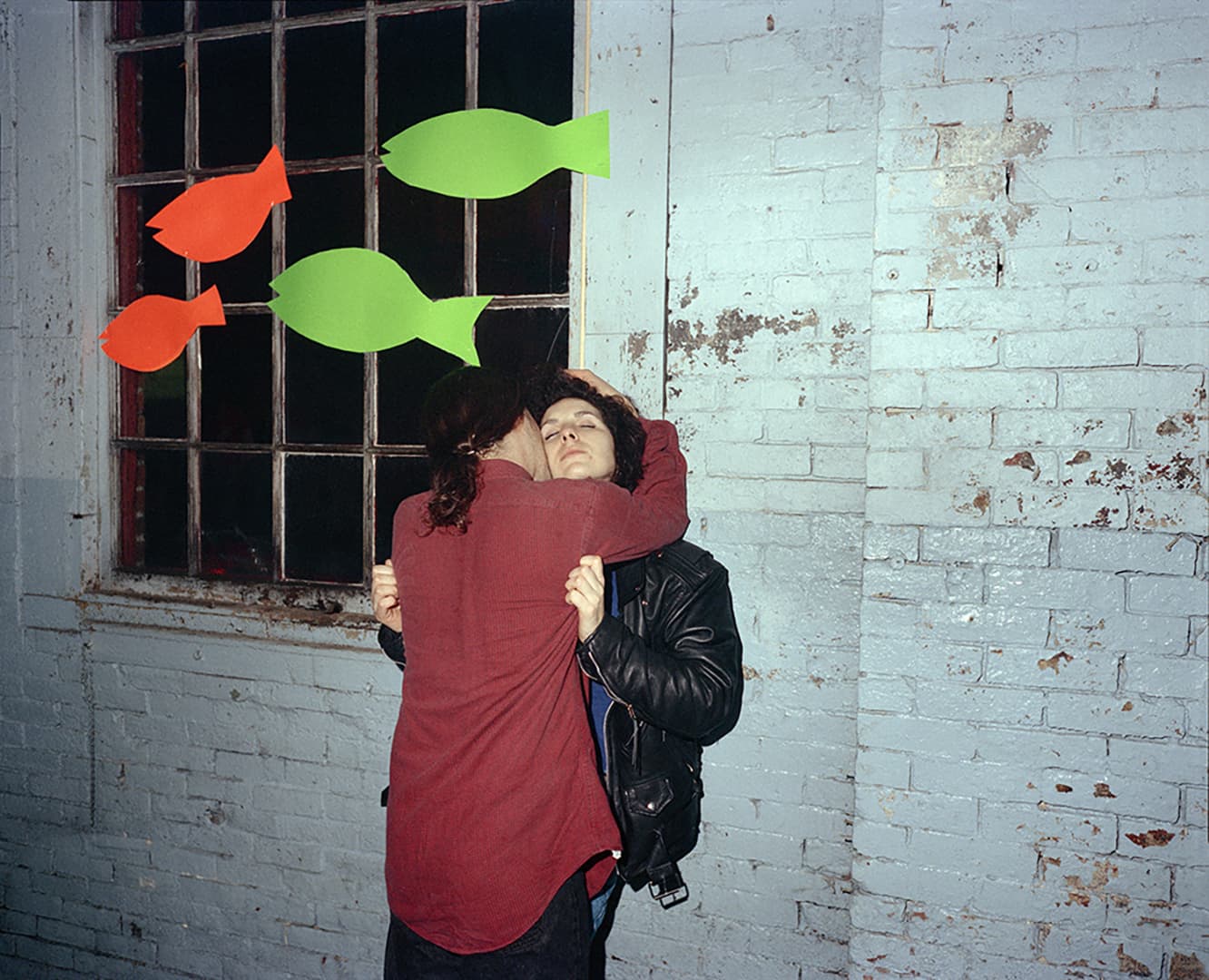 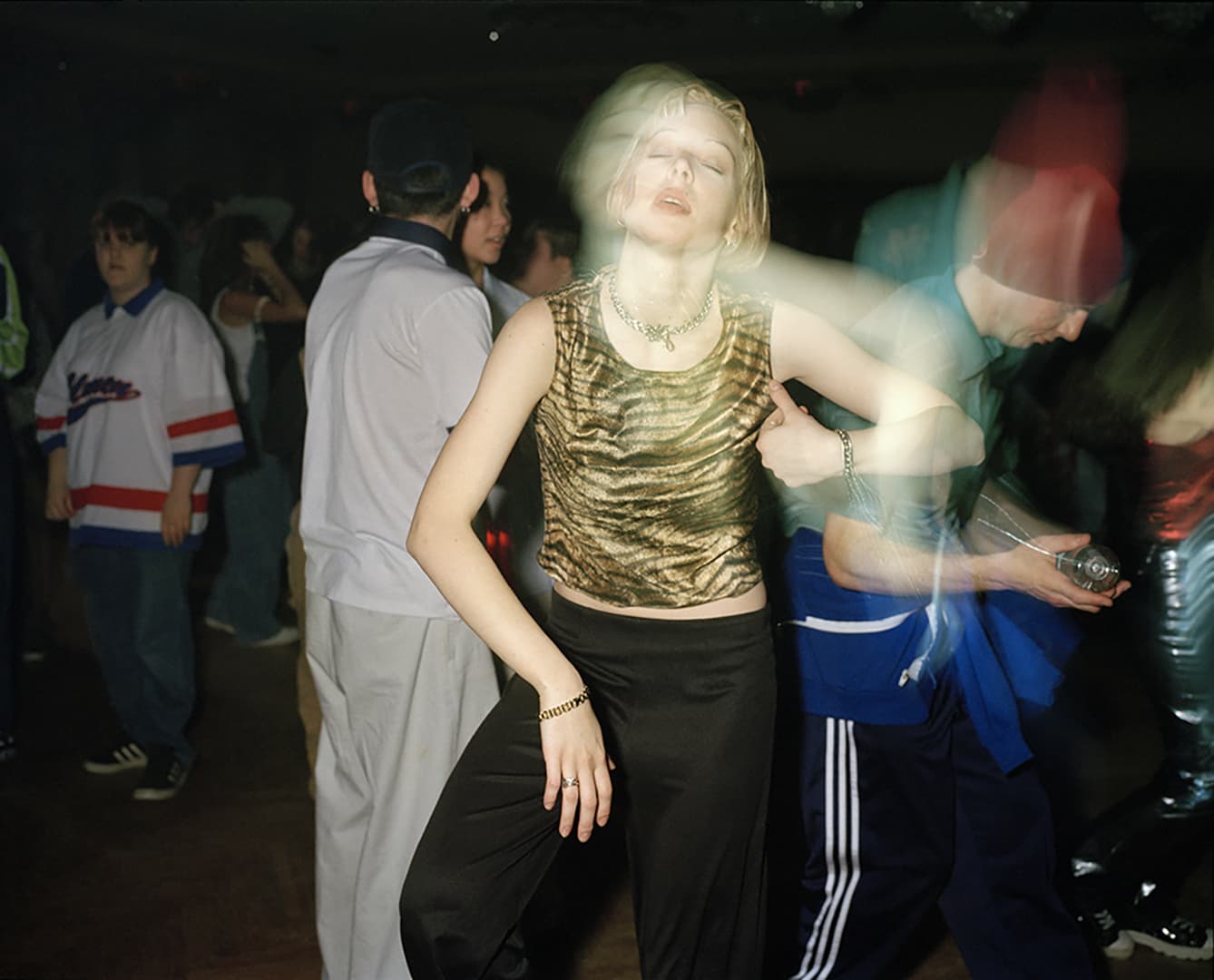 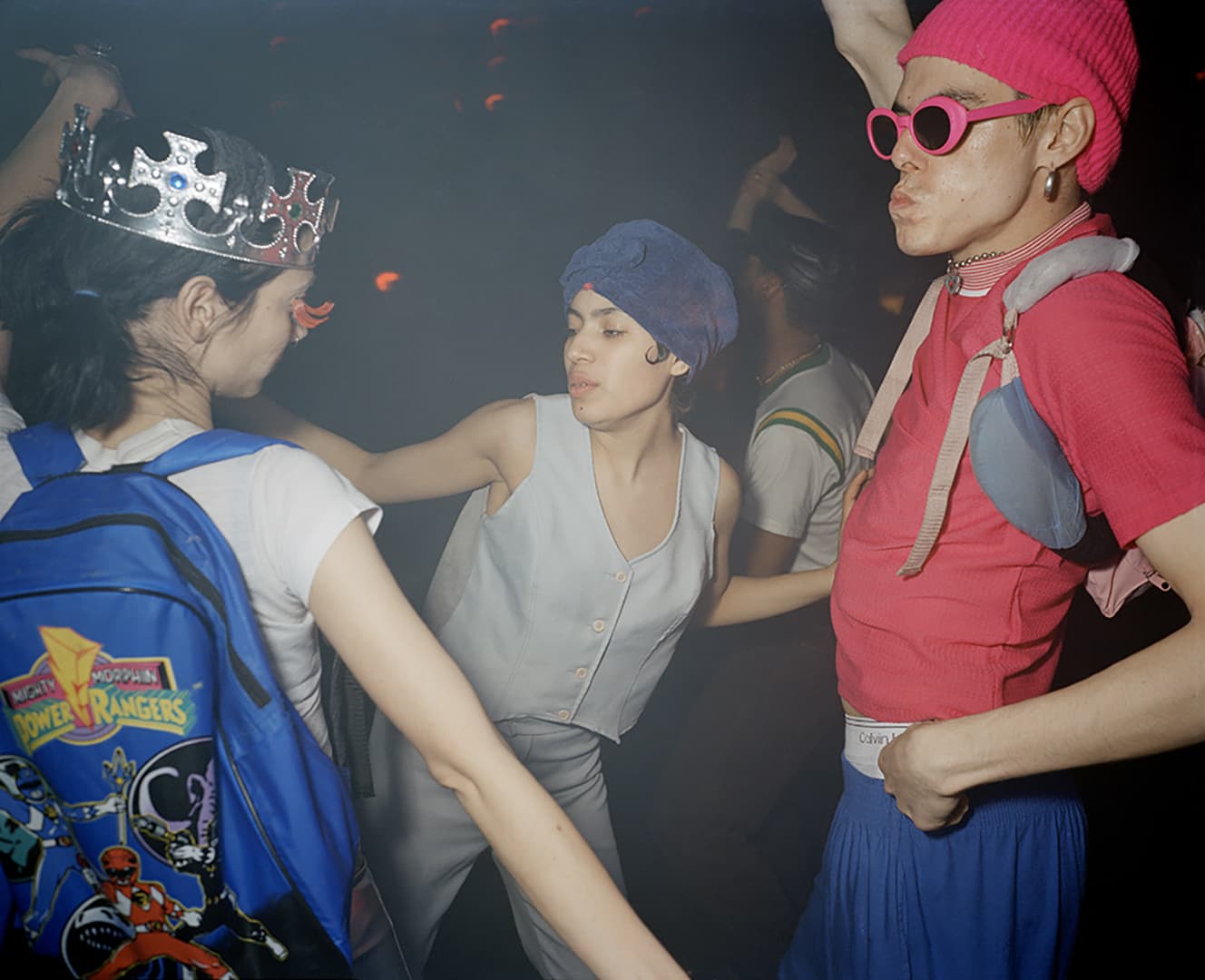 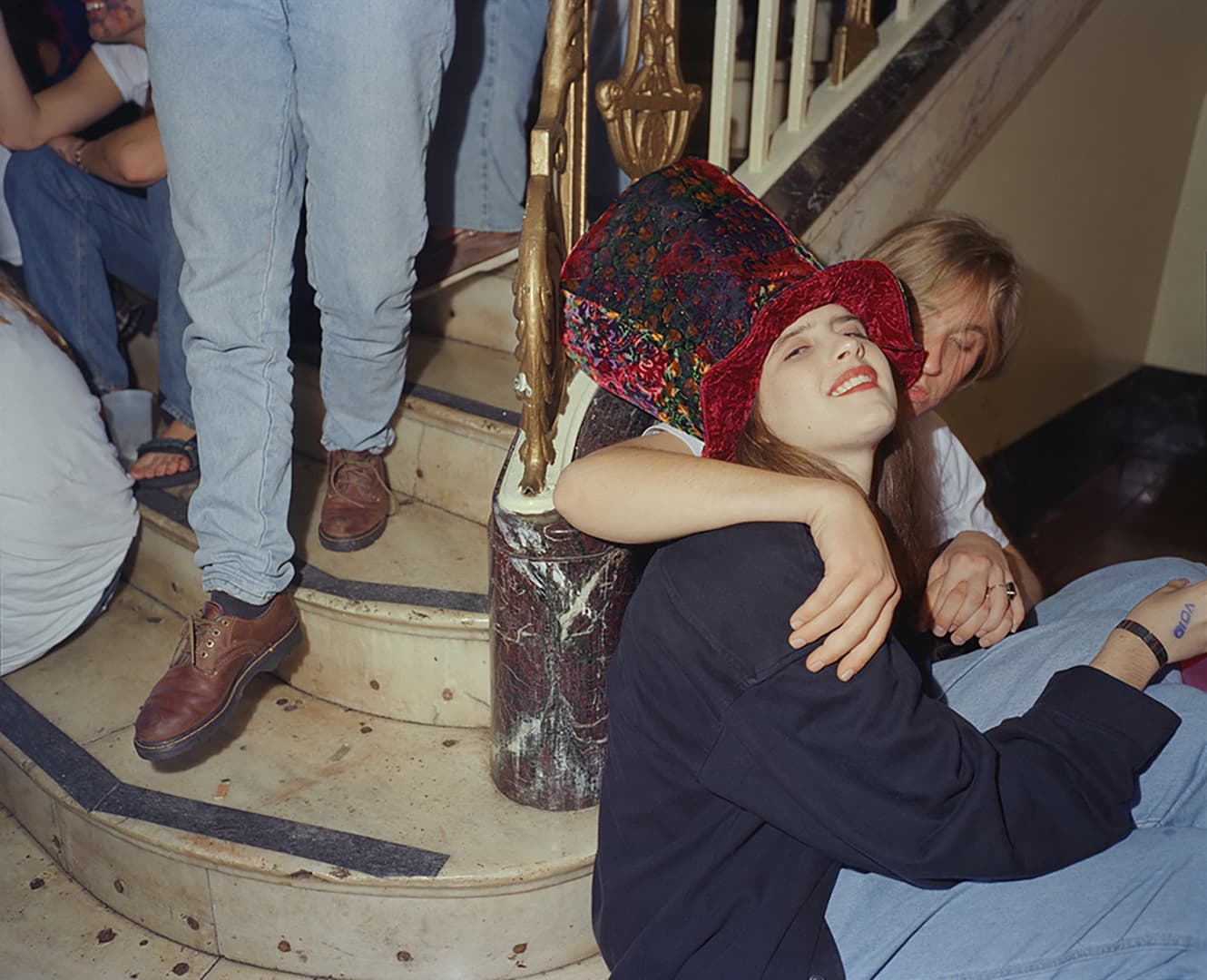 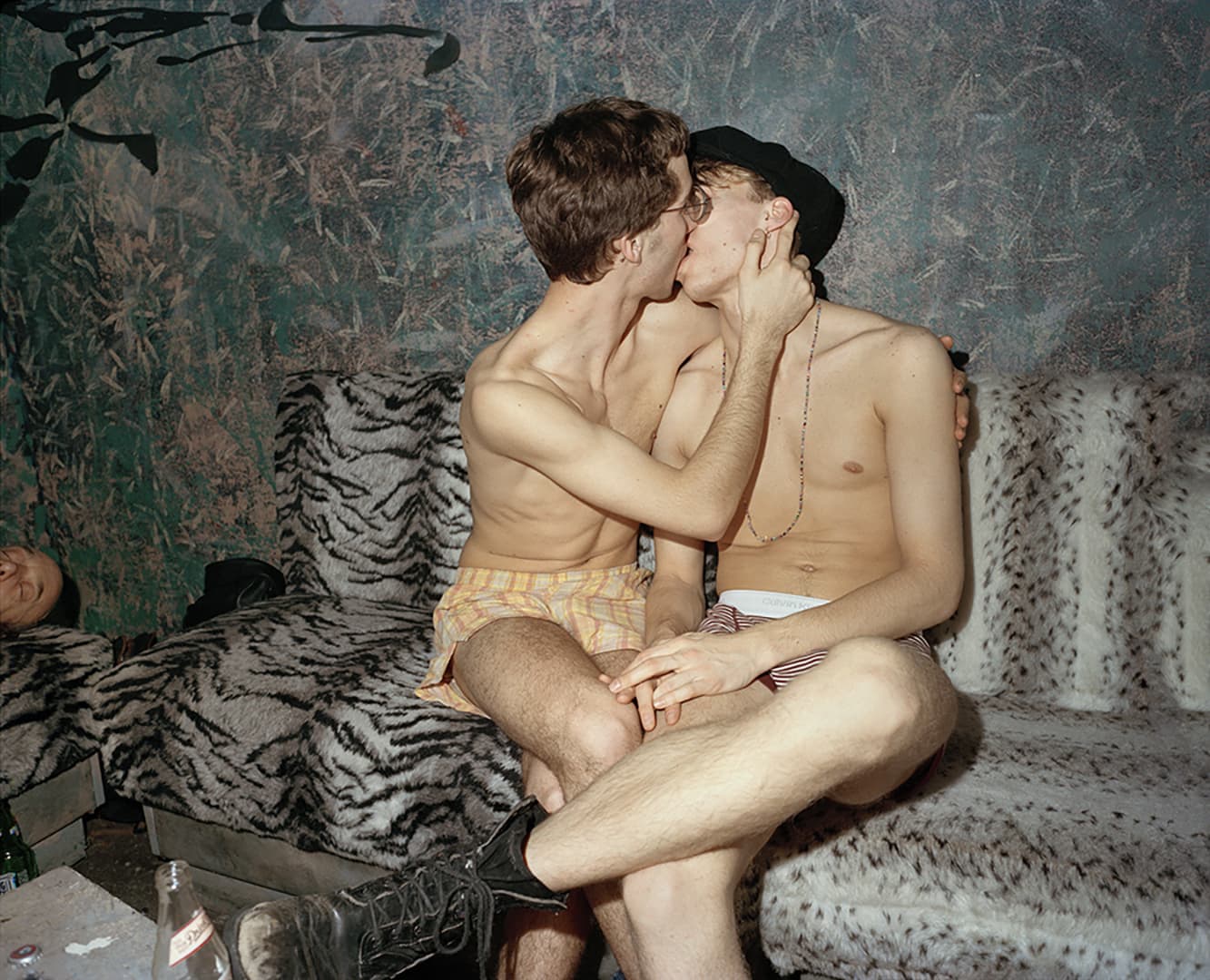 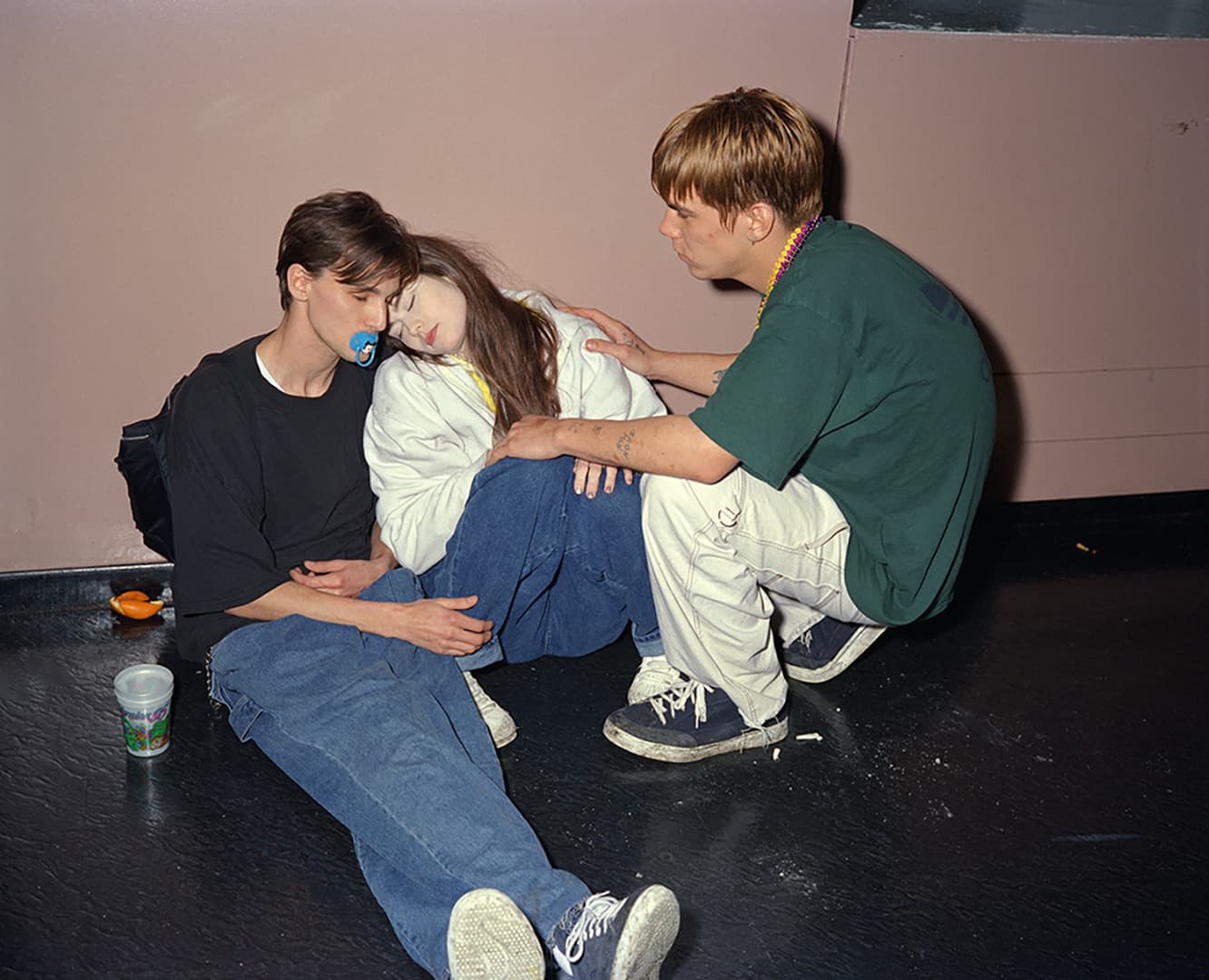 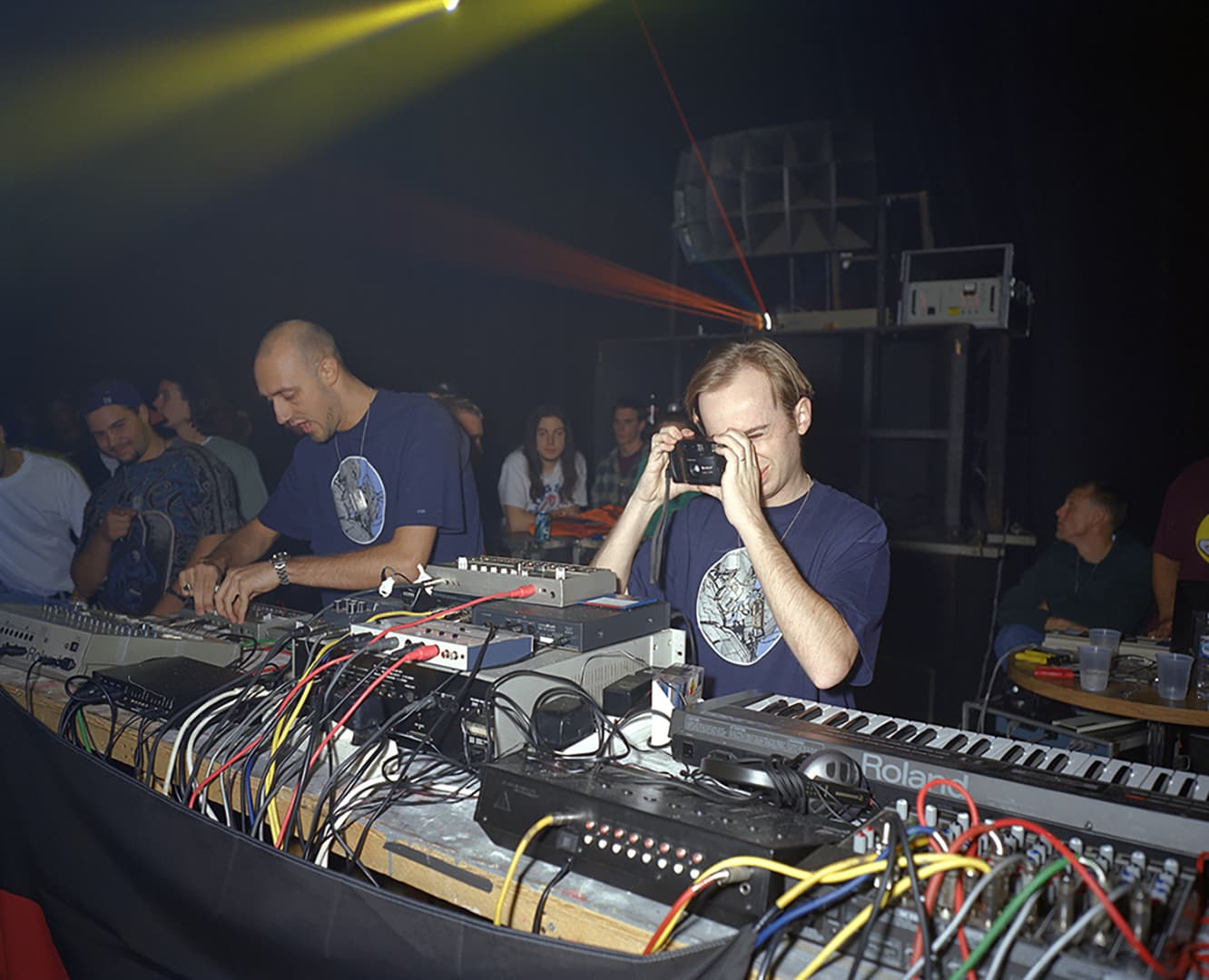 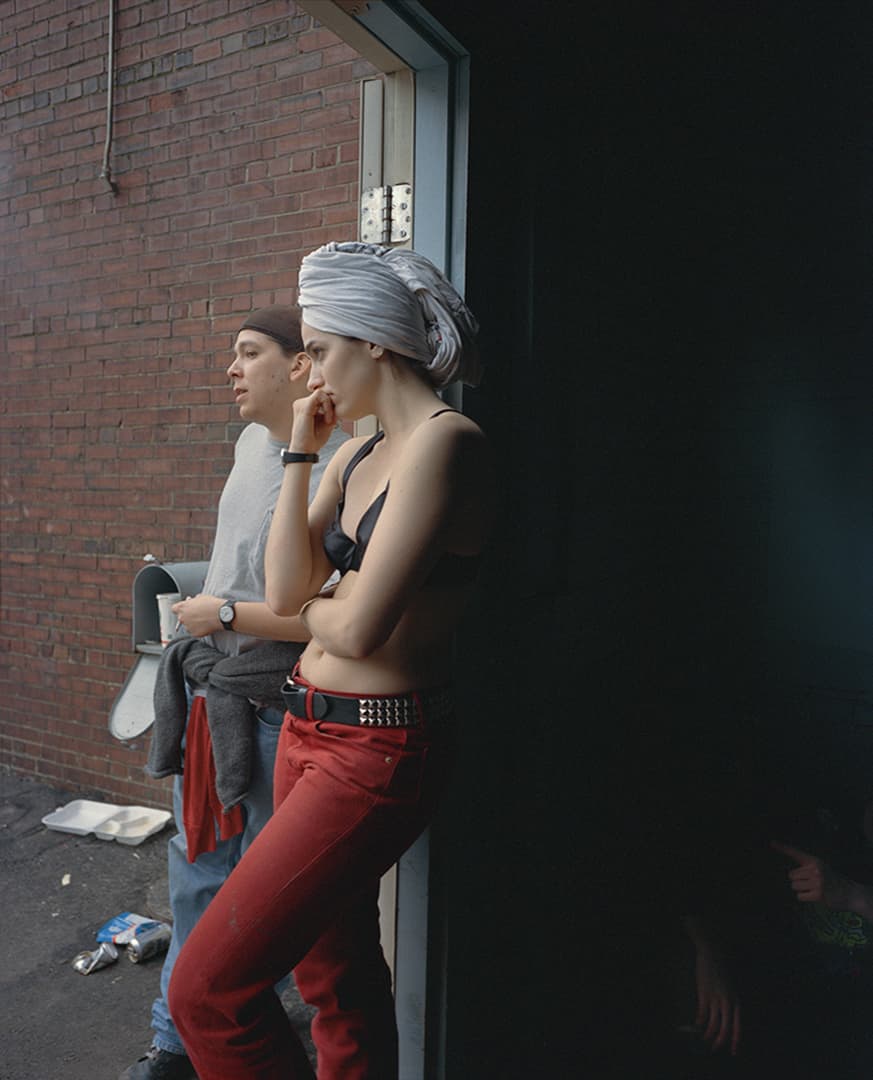 Everyone knows when it happens. The gravitational pull of electronic music at 120 beats per minute is in full swing. Then it shifts. The DJ finds another gear and the music locks into something irresistible. Every fiber in your body goes "Oh My God" and you have to dance. Nothing else matters. Making photographs doesn't matter. What happened earlier and what may happen tomorrow doesn't matter. Age, ethnicity, gender and sexual orientation don't matter. Everyone is dancing in their own way, to the same rhythm, to the same collective unifying energy. It's during those moments when a rave feels connected to every Dionysian event in human history. All the ecstatic words apply: cathartic, transcendent, transformative, purifying. We are unselfconscious and unrecorded. There are no cell phones or social media. The only way to know when and where to go is to know someone closely connected to this underground community. Fortunately, I did. I was lucky. You can't plan to be in the middle of something authentic and original.

These pictures were made then, in the early nineties in Chicago, New Orleans and New England. The idea of a rave had just been birthed in Chicago as Acid House dance music. That music spread to England before ricocheting back to the states as a rave. These events were illegally staged in warehouses, abandoned buildings and various random locations. They would go all night until sunrise, or until busted. Raves gave rise to the DIY movement, celebrated gender fluidity, and were the staging ground for the techno music that led to today's massive EDM events around the world. Over the next decade, raves gradually climbed above ground to reach more people and make money. They became commercialized and drug infused. That's when I stopped going. But before then, they were full of invention and imagination. Dress, dance, music, sense of space and place were furiously evolving. The conservative chill of the Reagan era had just ended and it felt like it was time to dance again.

The book is is available through skylarkeditions.org