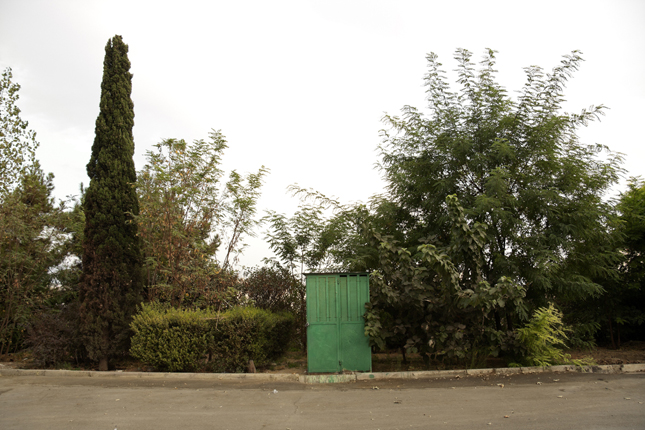 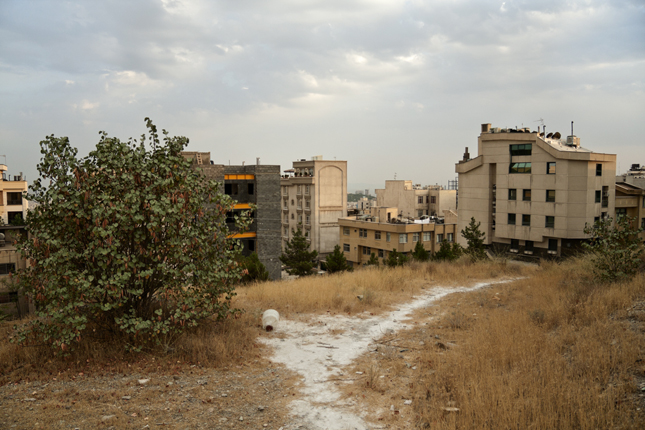 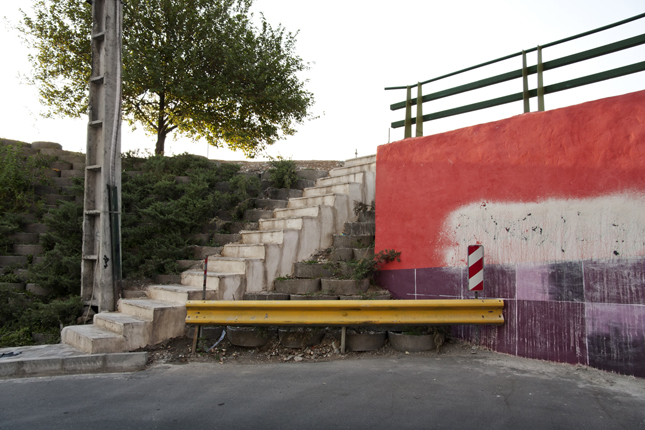 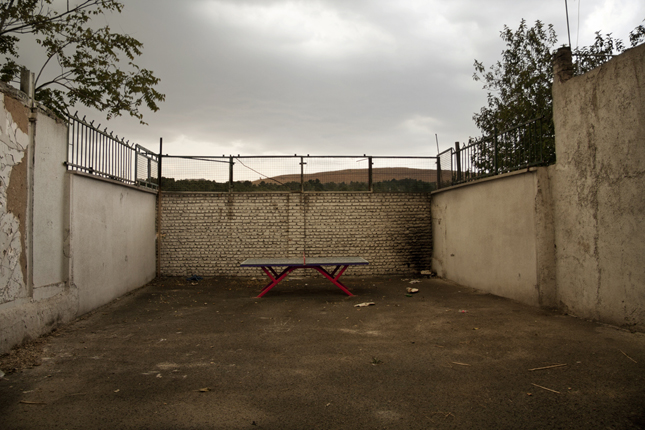 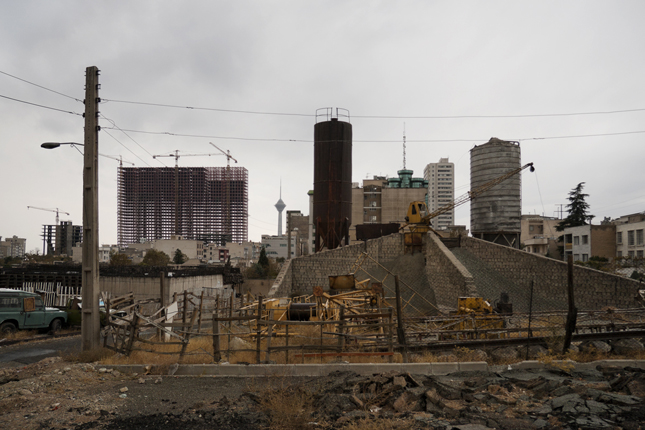 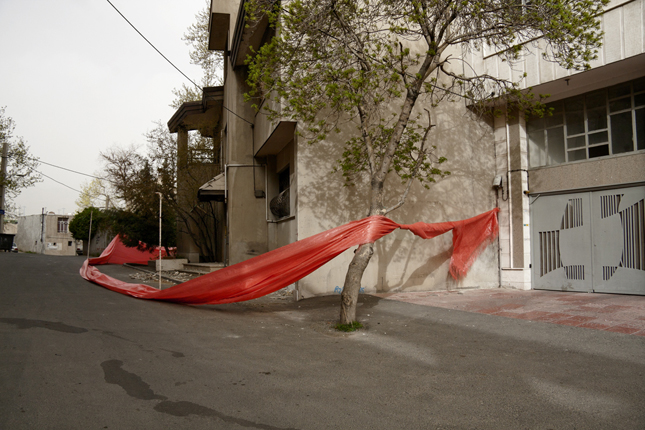 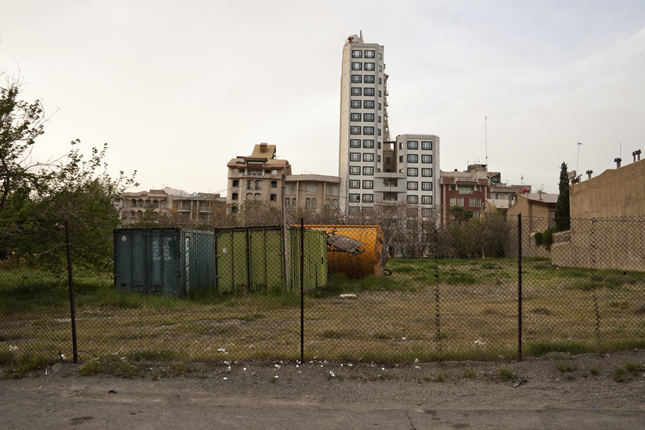 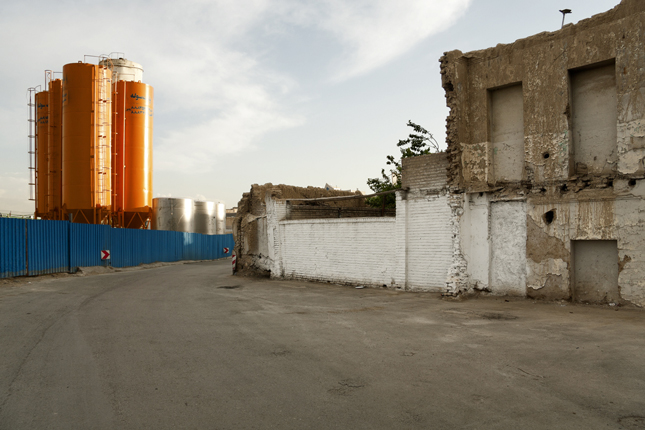 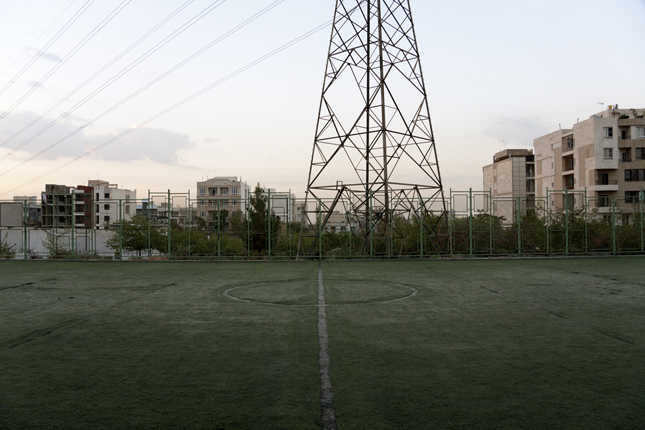 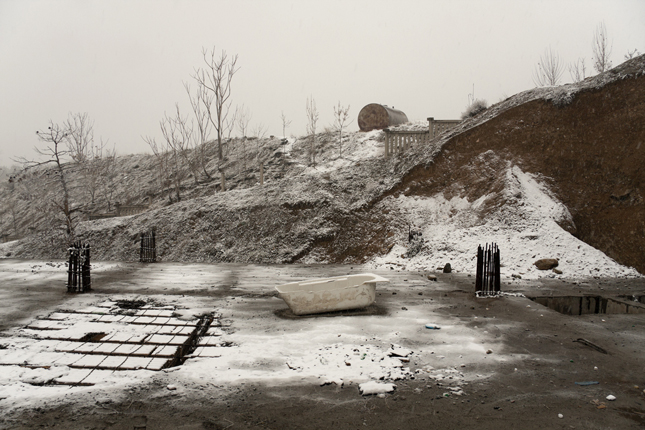 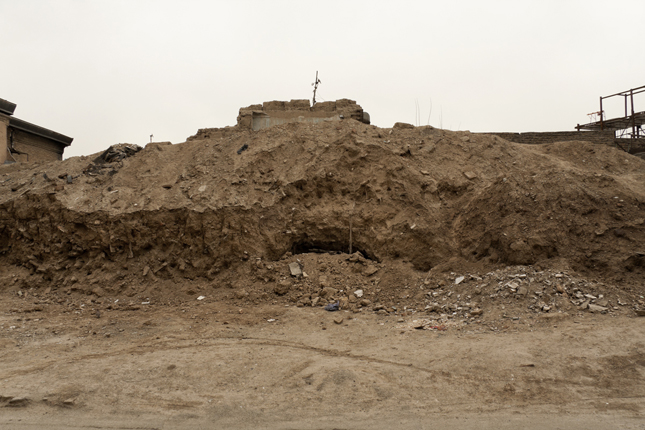 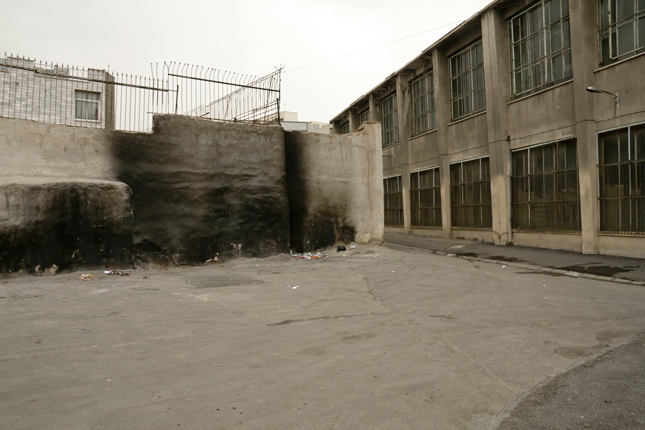 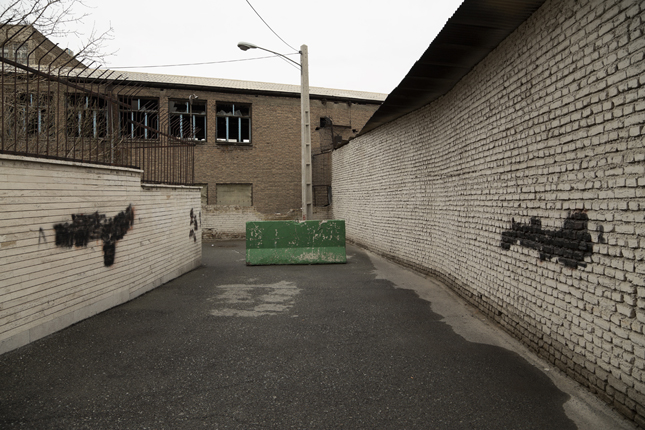 Work on this series entered upon in the summer of year 2012, by selecting four zones in Tehran.

Choosing the routes inside the zones was decided out of an experimental intuition and in most of the cases odd streets and byways were preferred. The passages that somehow are the invisible borders of the zones, the splits which break new passages through the zones all over the city. In these routes uncommon places might be come across which can unleash the desire of a photographer to acquire each and everything in its own naked reality.

After a while, certain pieces of the city were collected, displaying a world quite contrary to the official reality of Tehran. A form of a city with no clear and relevant connection to its picture, a form not originated from the countable particulars of the city, neither a borrower nor a lender. An image of the city in its own state of being, a form of the city which is “over there”.

Those pieces detached from their context do experience the continuity once again .A union which tends to construct another reality in parallel with the plural reality of Tehran.

All images © courtesy of Ehsan Barati