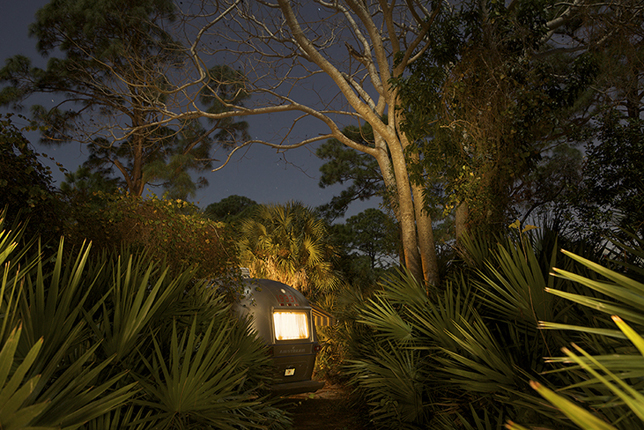 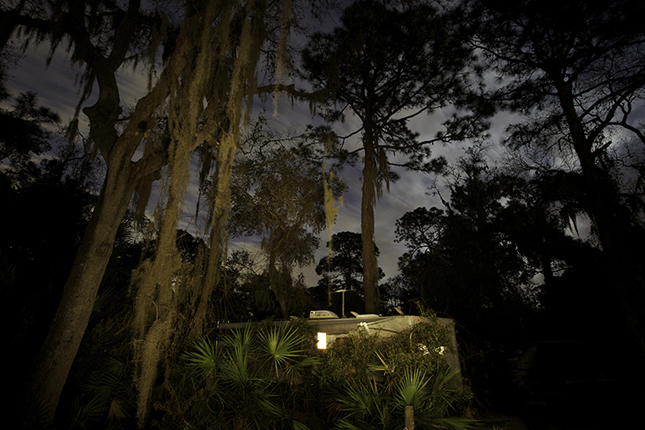 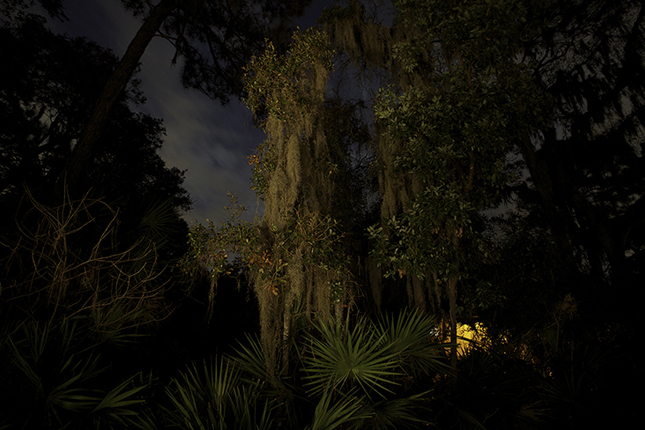 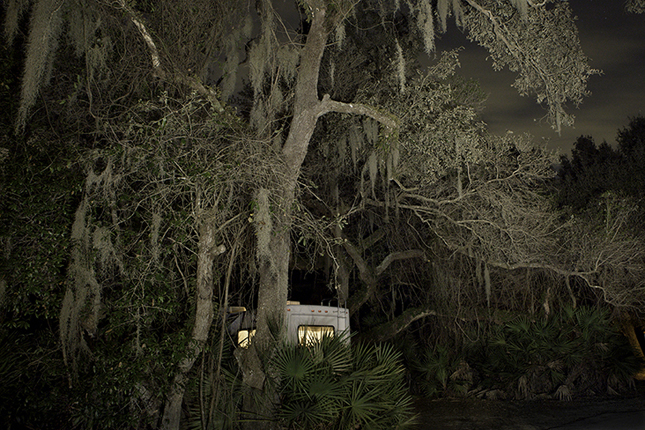 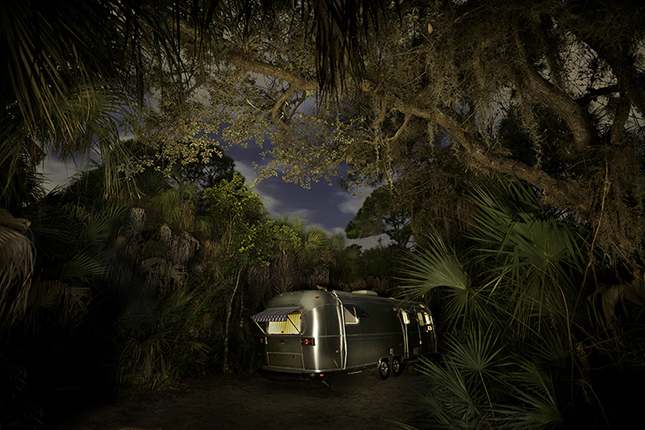 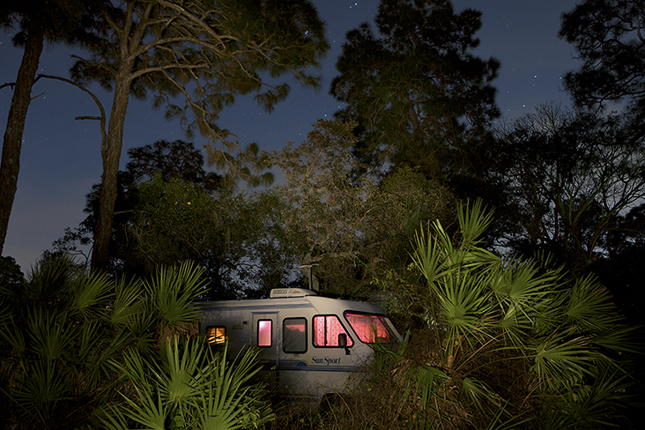 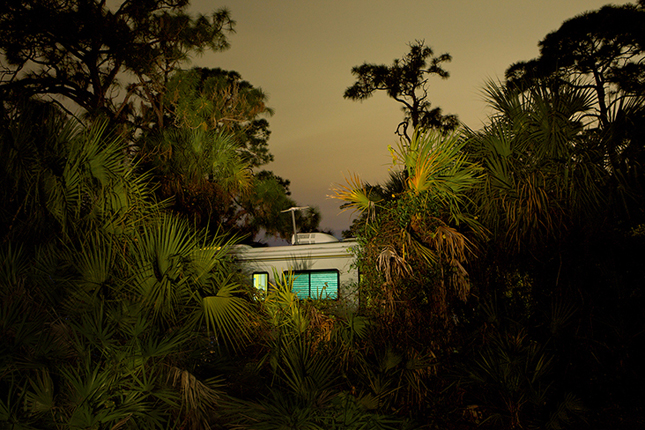 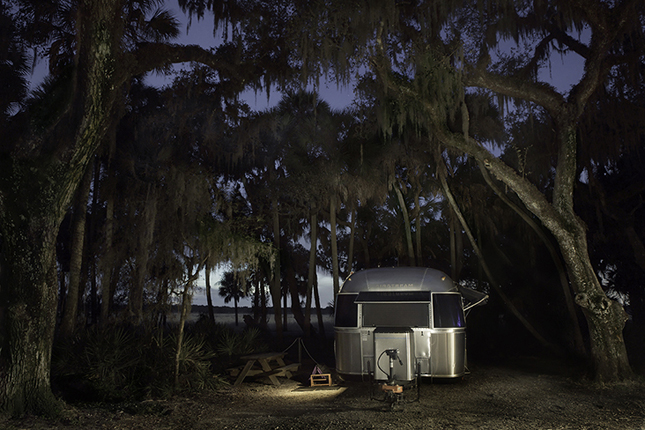 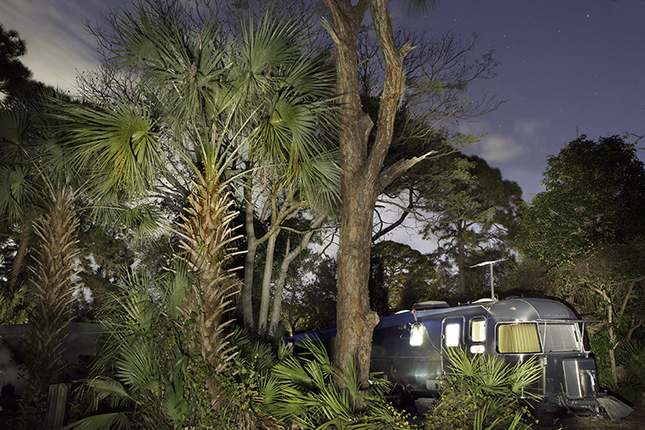 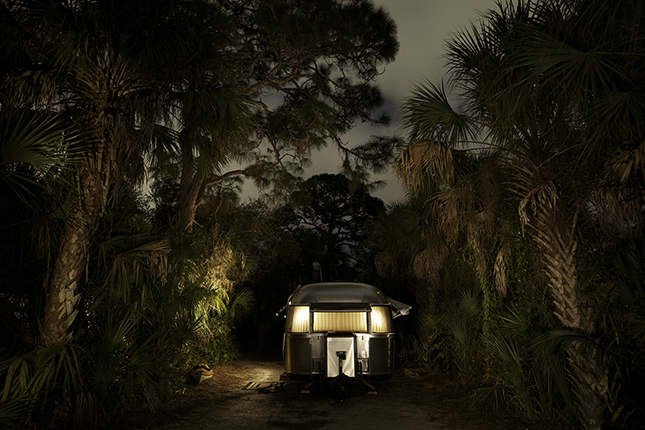 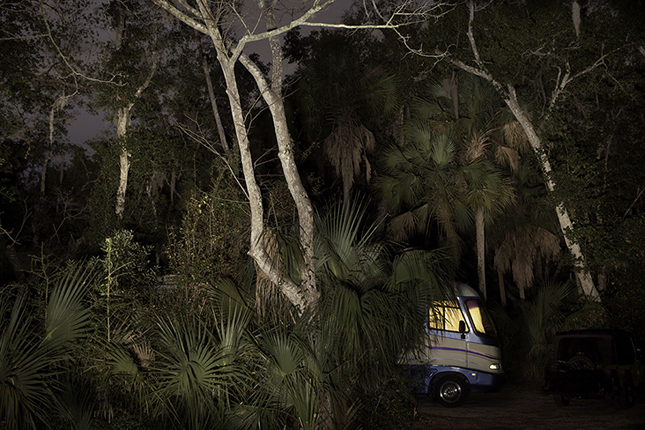 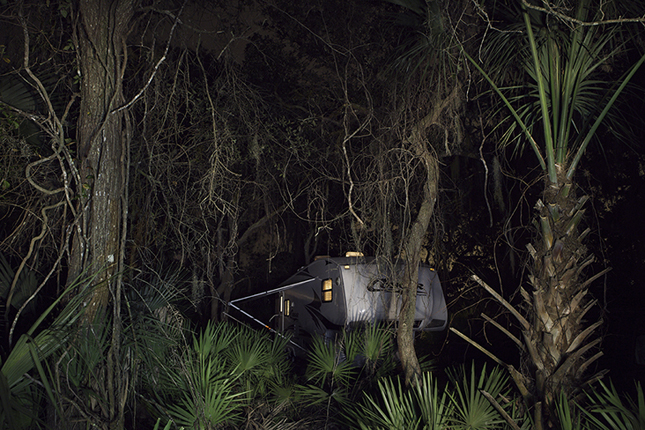 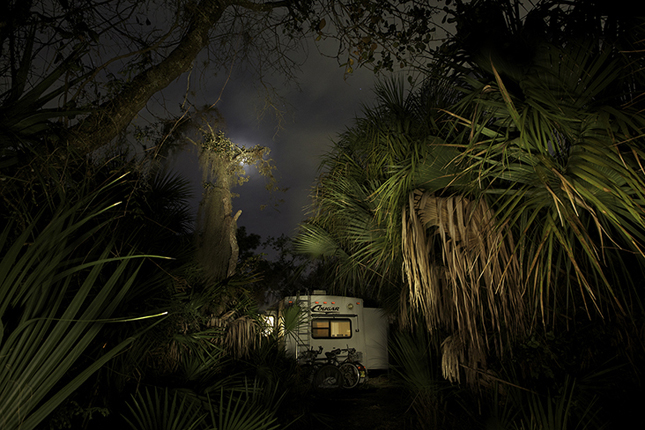 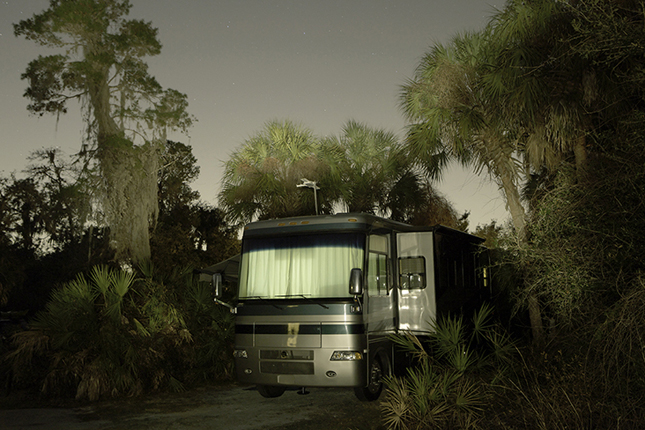 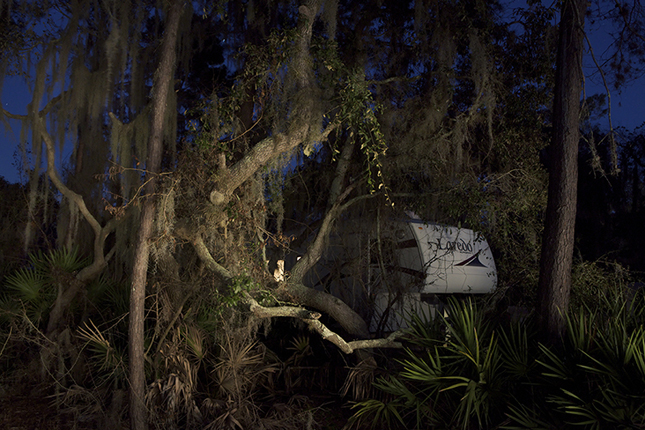 These images of recreational vehicles lodged deeply in night jungles suggest a humanity isolated from a dark and ominous nature. They crouch like steel insects in the woods, shining, hard carapaces protecting a soft interior. They are Rousseau’s animals recast for a mechanical age, glowing windows and screens in place of the penetrating stare of watchful creatures. They brand themselves with labels asserting a desired yet ironically thwarted relationship with nature: Escaper, Conquest, Sunset Trail, Wilderness, Cougar, Falcon.

The overtly voyeuristic creepiness of these pictures also evokes other topics: withdrawal from public space and engagement in American life, the obsessions of survivalists and the dominance over nature. In this sense, these RV’s resemble the ultimate gated community…i.e., no community. Nothing is more American than an RV, but these pictures suggest other impulses underlying the sheen of the American dream: flight, concealment, isolation, bewilderment and withdrawal. The RV’s sing the night song of the American dream, all the while spilling a toxic light into the jungle.

These photographs are overtly theatrical; the foliage surrounding the vehicles resembles scenery props. The images are intended to look staged, almost dreamlike, half-way between fantasy and reality. While it may seem they share the current wave of interest in the theatrical and constructed, they are not staged. They are the product of months of travel in Florida using handheld lights and a tripod to capture the images. The occupants never know I’m there; their televisions are on and their blinds are drawn.