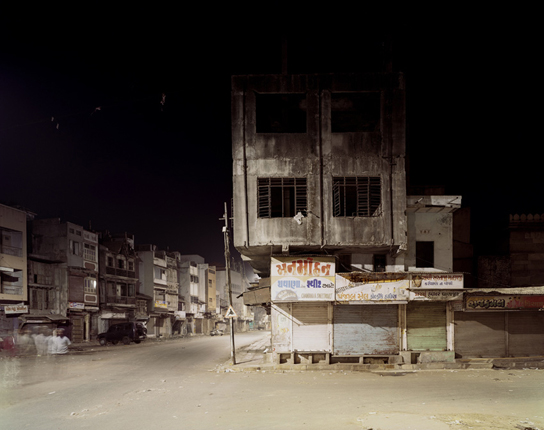 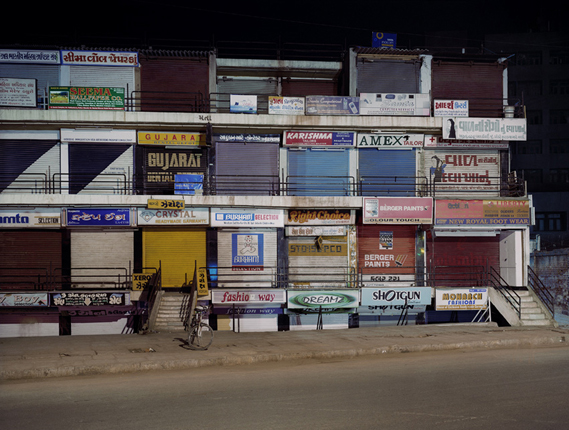 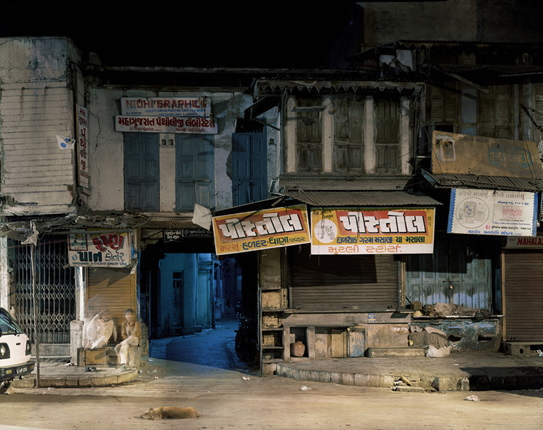 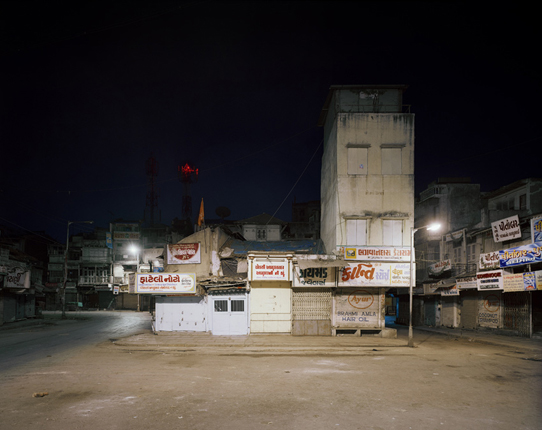 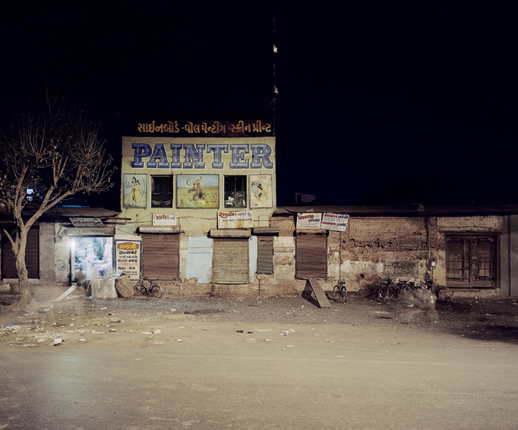 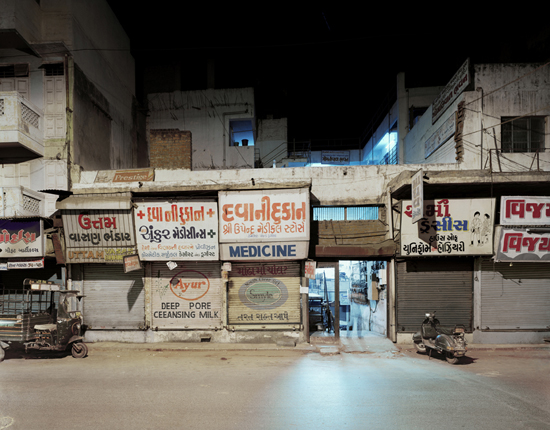 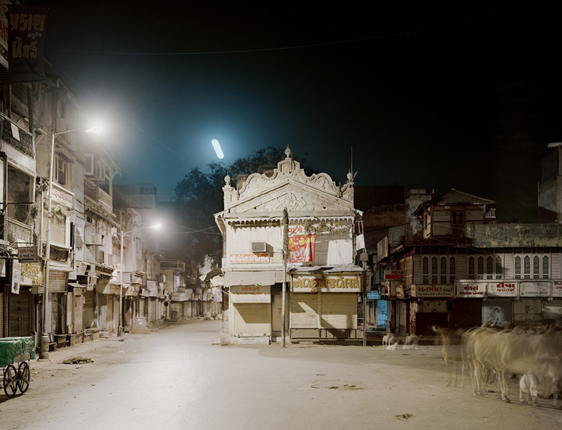 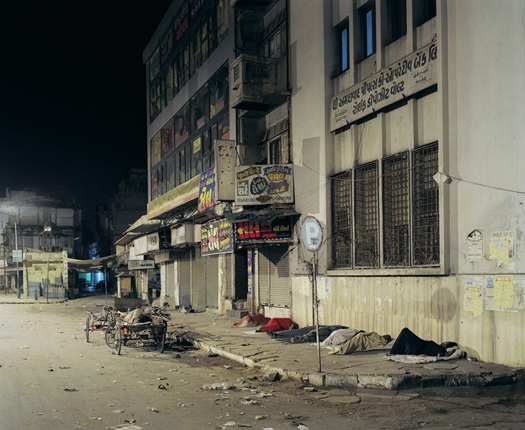 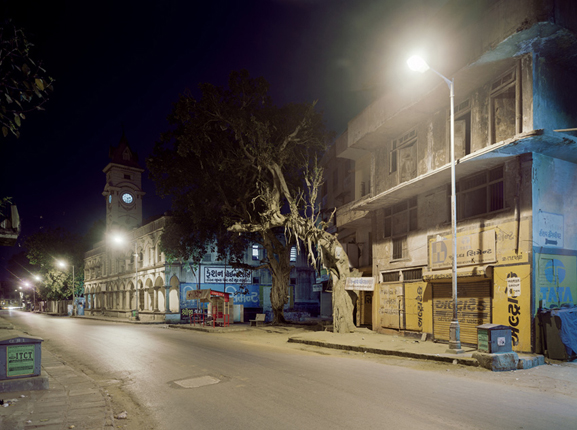 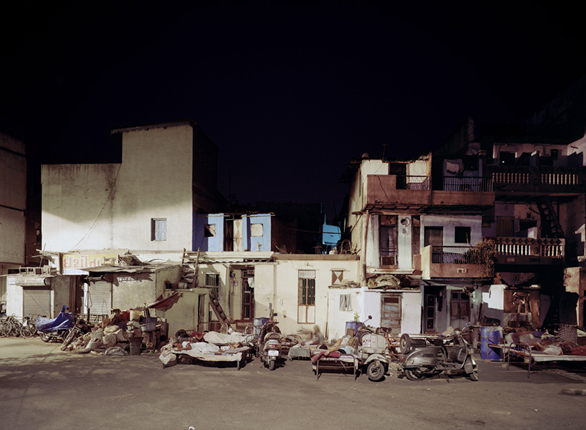 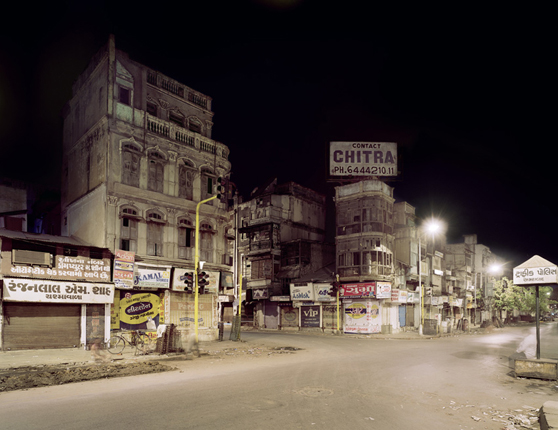 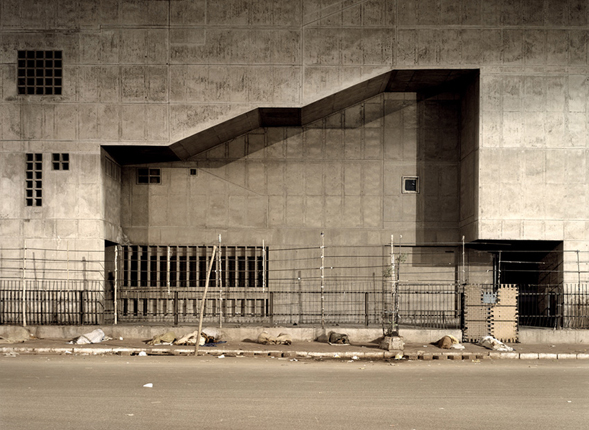 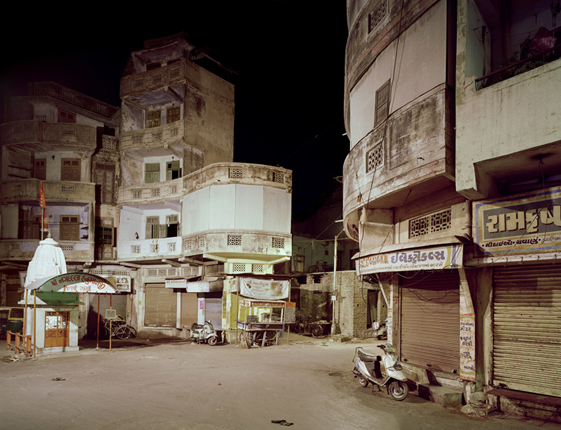 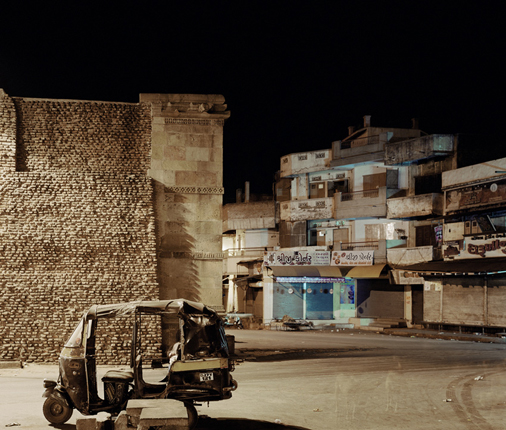 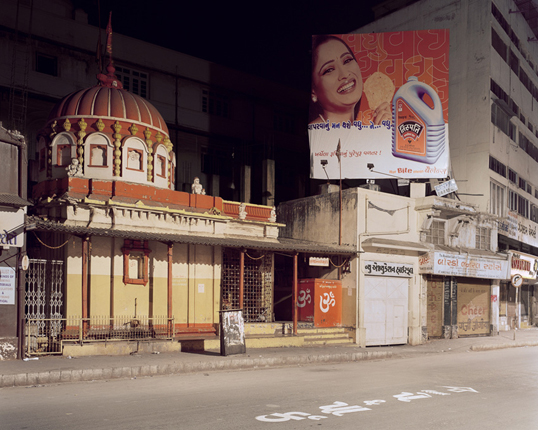 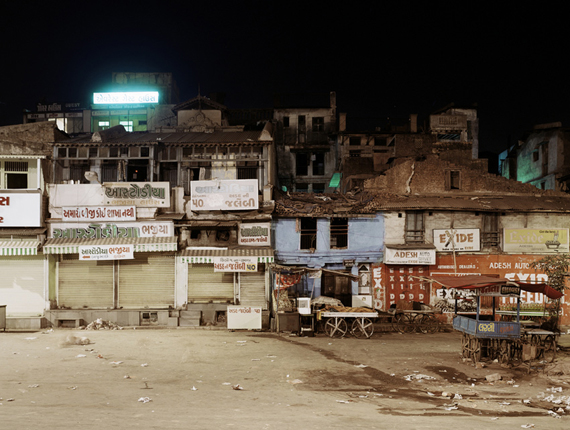 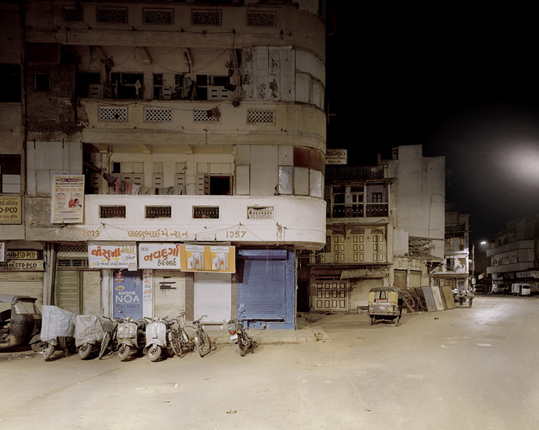 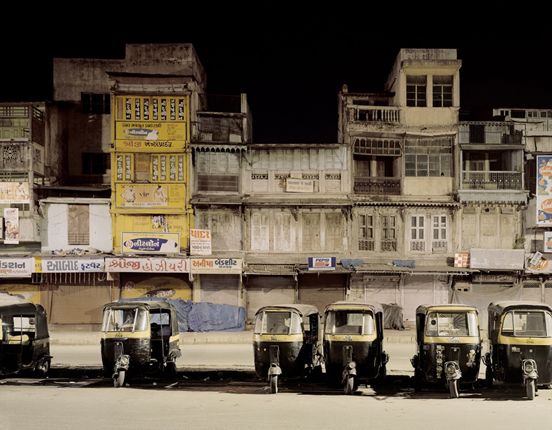 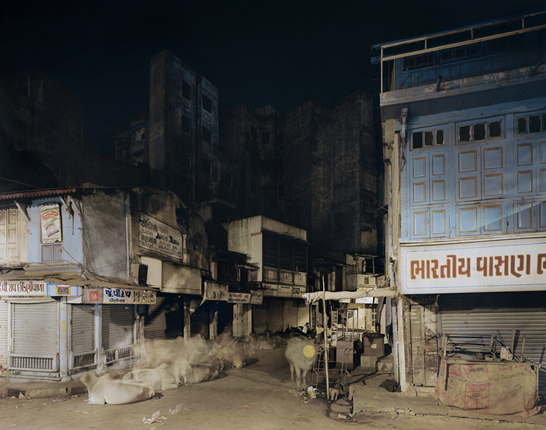 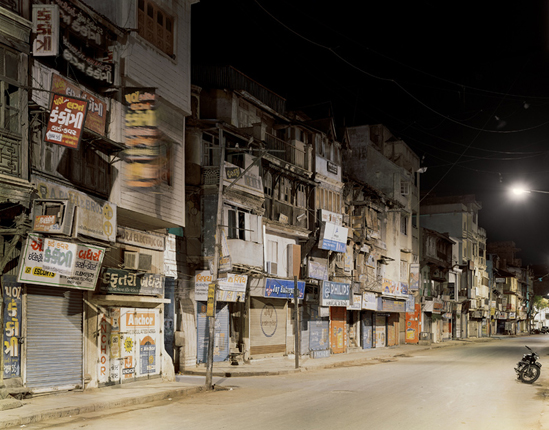 Frédéric Delangle’s ‘No Life Last Night’, is a quiet and haunting series of images made in Ahmedabad in 2005/6. As the city slept, Delangle embarked on a journey to uncover its hidden face. As he explains below, his interest lay not in telling the stories of the city’s inhabitants, but rather in showing the space in which their dramas are played out. By showing us the city’s skeleton, we are invited to contemplate the urban landscape as it’s caught in a rare moment of calmness – before the break of a new day.

Too many people, too much traffic, too much pollution, too much everything. It amazes me that the idea of “zero” was born here! Maybe it’s because the notion of zero induces that of infinity… Ahmedabad’s defined by multitudes, excess and profusion. So – how are you supposed to set up a tripod and a 4×5 inch camera in the middle of the day? Impossible! Henri Cartier-Bresson photographed this city during the day, it’s true; but that was 50 years ago (and in the last 30 years, the traffic has increased 700 fold). What he was interested in was the people. To me, what’s amazing is the urban entity itself.

For the first time, I entered a city as though entering a stage decor with a curious atmosphere in which the present hadn’t yet totally wiped out the past, but was rubbing shoulders with it. I went round this labyrinth as though it were a history book, making a journey through time in which different eras superimposed and overlapped. It was during the night that I went back the furthest: when the chaos and modernity stopped, I could explore the bowels and skeleton of the deserted city. I had to be patient in my observations, because in Ahmedabad, at night, there’s almost no light. In the sickly glow of the street lamps, it took between 5 and 10 minutes of exposure to get an image. And if a pack of stray dogs turned hostile, or if a cow stood in front of the lens, I had to start all over again.

In the stifling night, with temperatures up to 40°C, the process was extremely slow. It was in the utmost intimacy that Ahmedabad gave itself up, in a silence and calm that verged on the contemplative. A privileged moment of serenity – a few hours of respite from the modern world before the dawn of a new day’s madness.