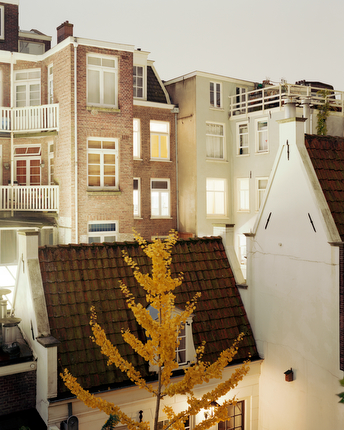 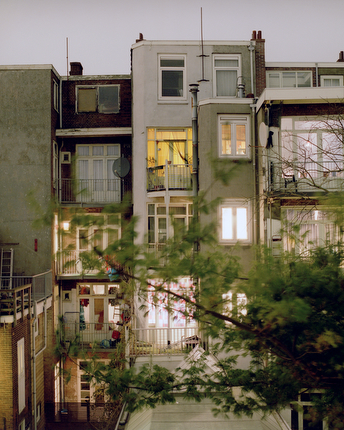 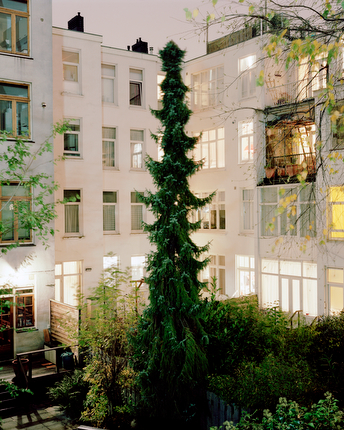 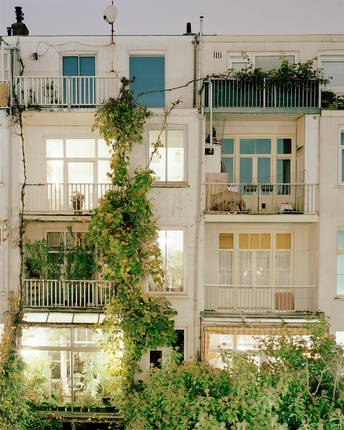 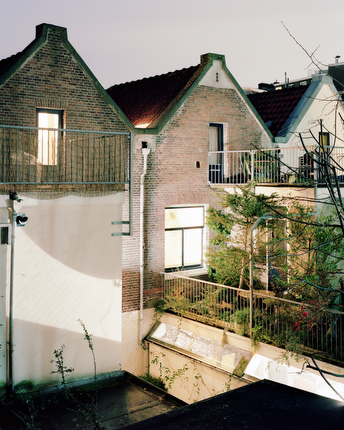 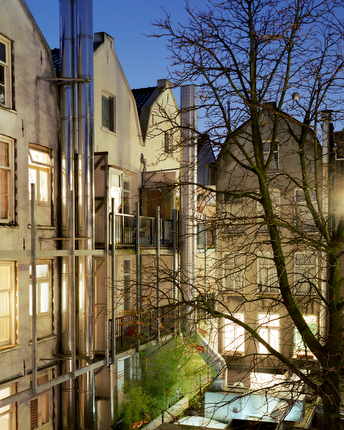 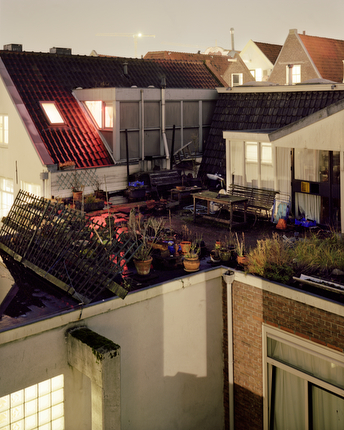 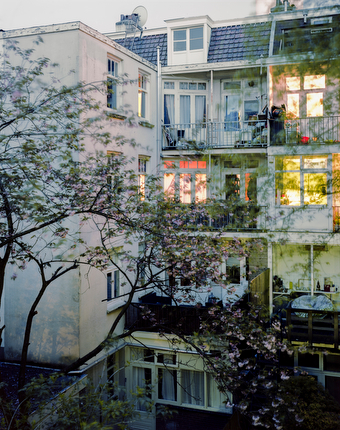 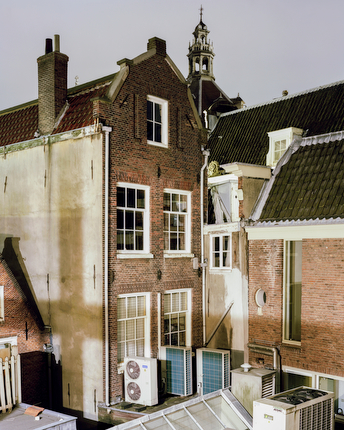 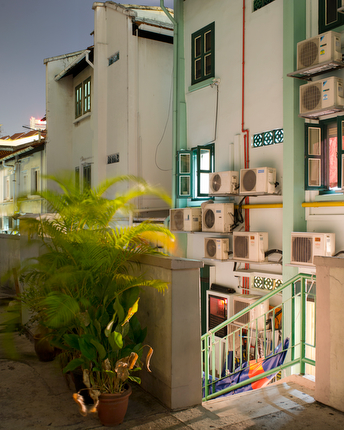 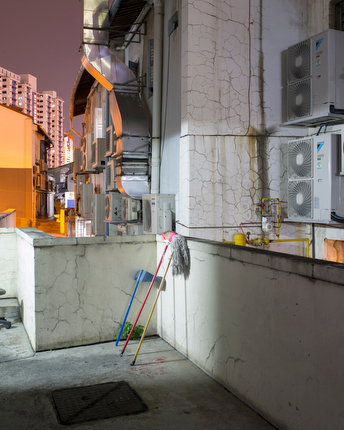 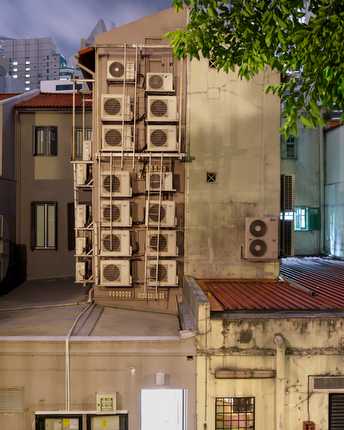 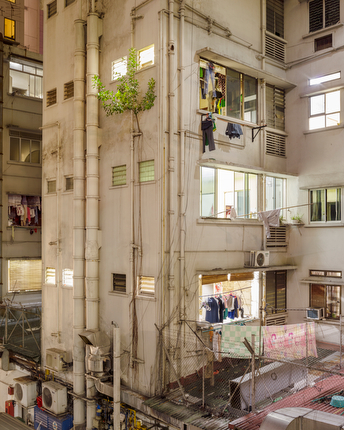 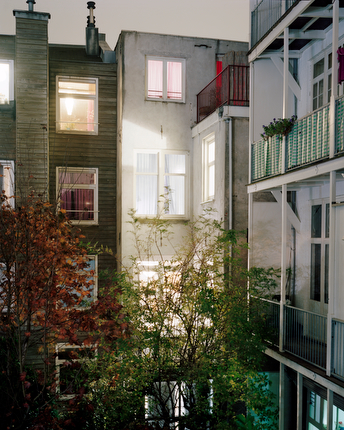 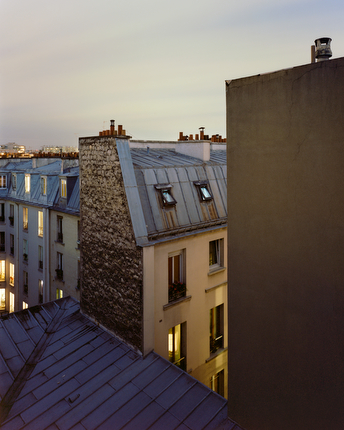 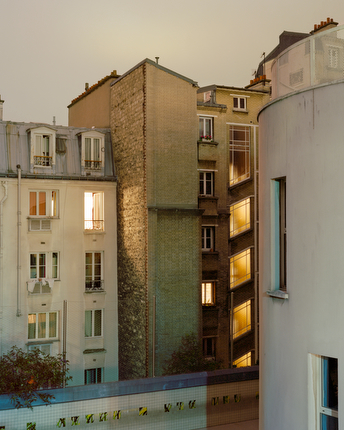 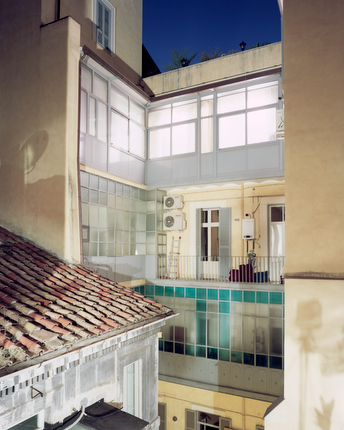 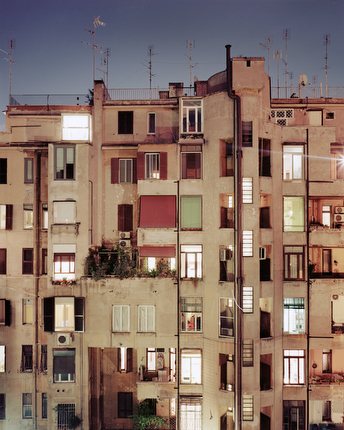 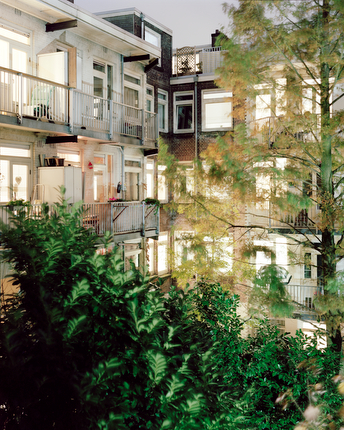 The view from the rear of a residential building in an old city exhibits the ways in which people influence their surroundings. When a new building block is designed and built as a single structure and concept it acquires a uniformity and alignment; in older cities a much more fragmented and spontaneous architecture emerges. This architectural informality is in direct contrast with the façade of a building, which is much more aware of its appearance.

The Rear Window series focuses on the rear of buildings in capitals. While one balcony becomes home to a large satellite dish, the neighbouring balcony becomes storage space; a small tree once planted in the courtyard has grown into a massive obstacle. There is also an element of the voyeuristic: meticulous exposures reveal small details in the houses and lives of their residents which were never meant to be outwardly visible.

By photographing these scenes in different capitals, national differences and global chaos are captured.