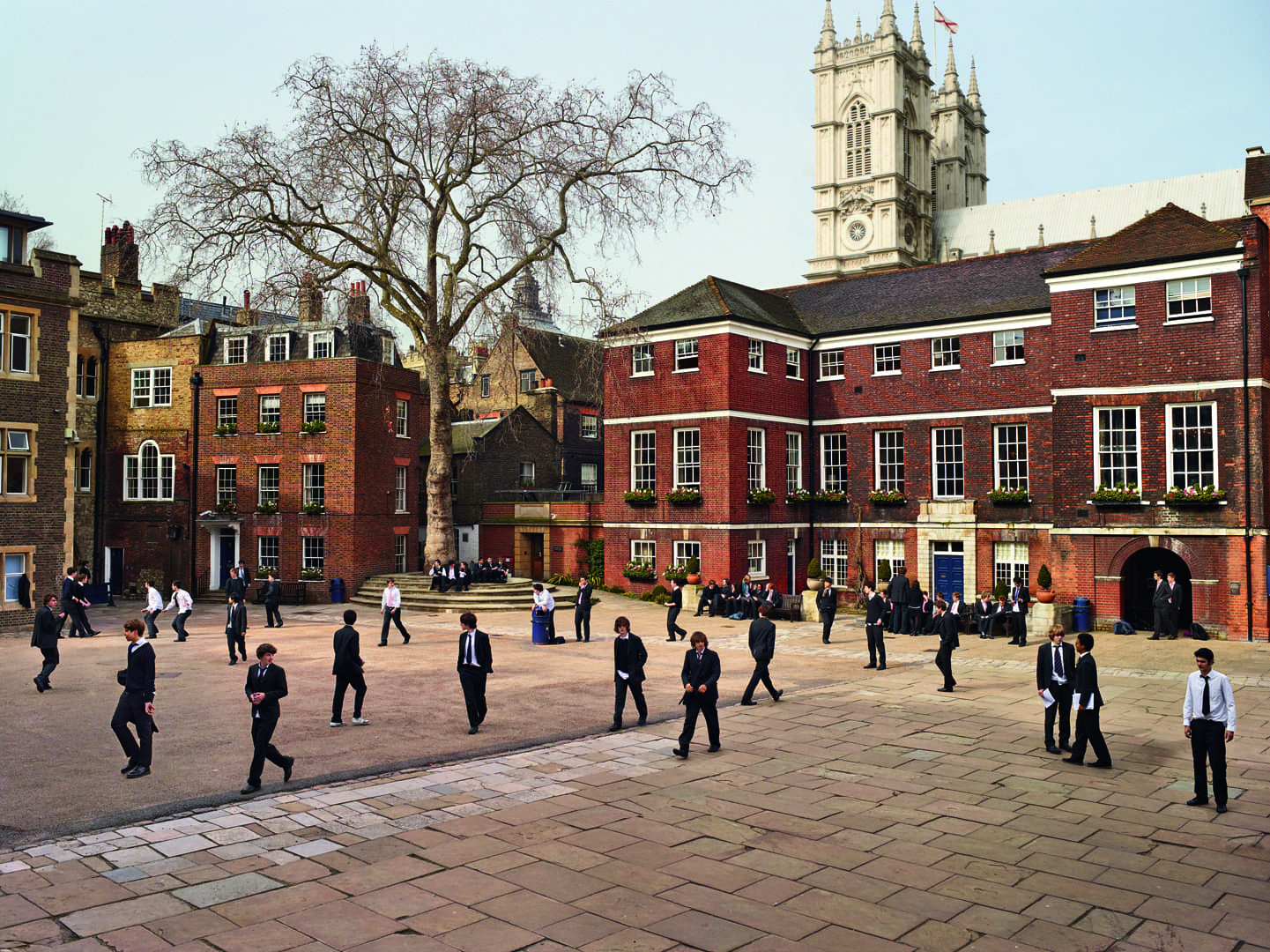 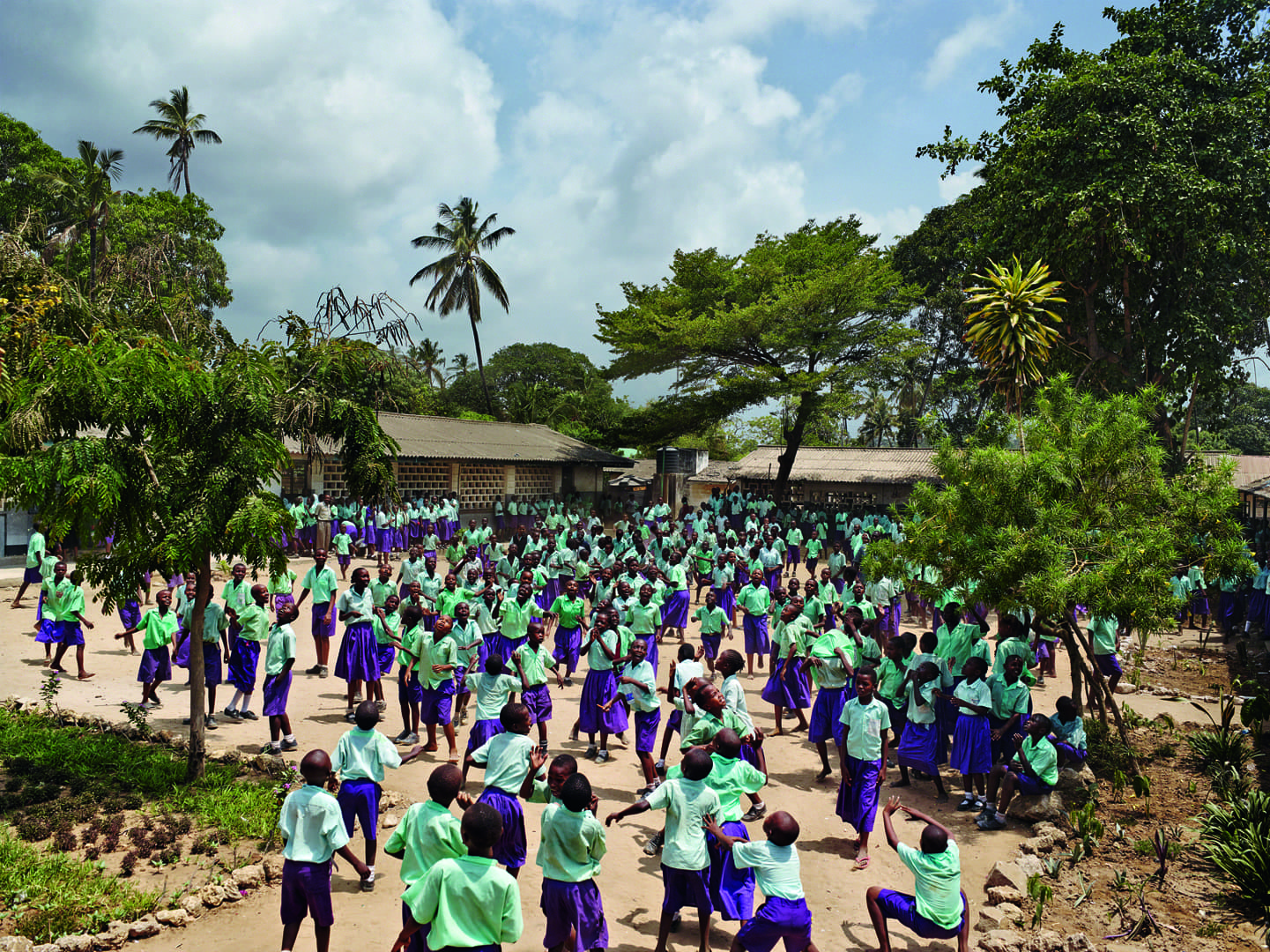 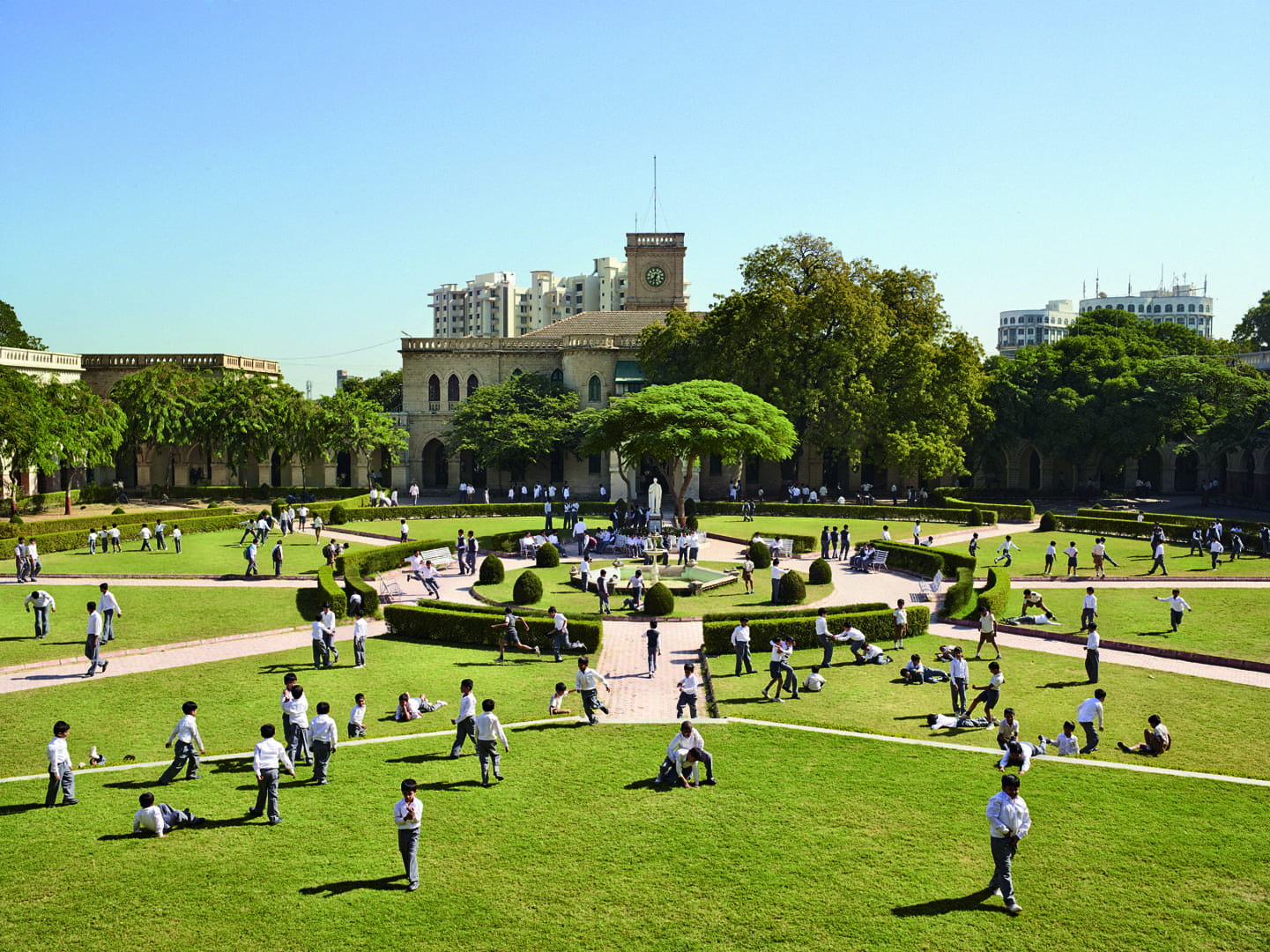 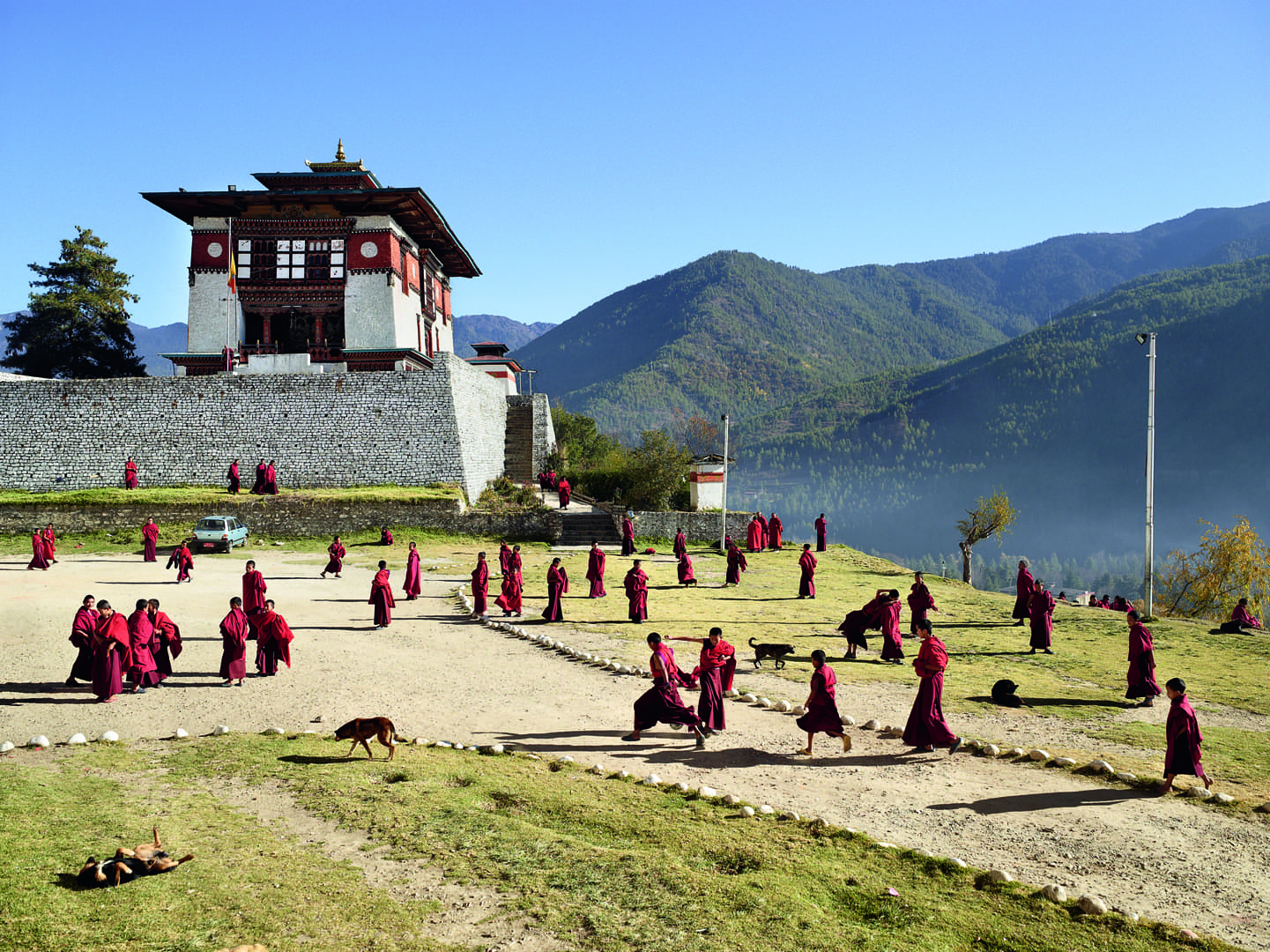 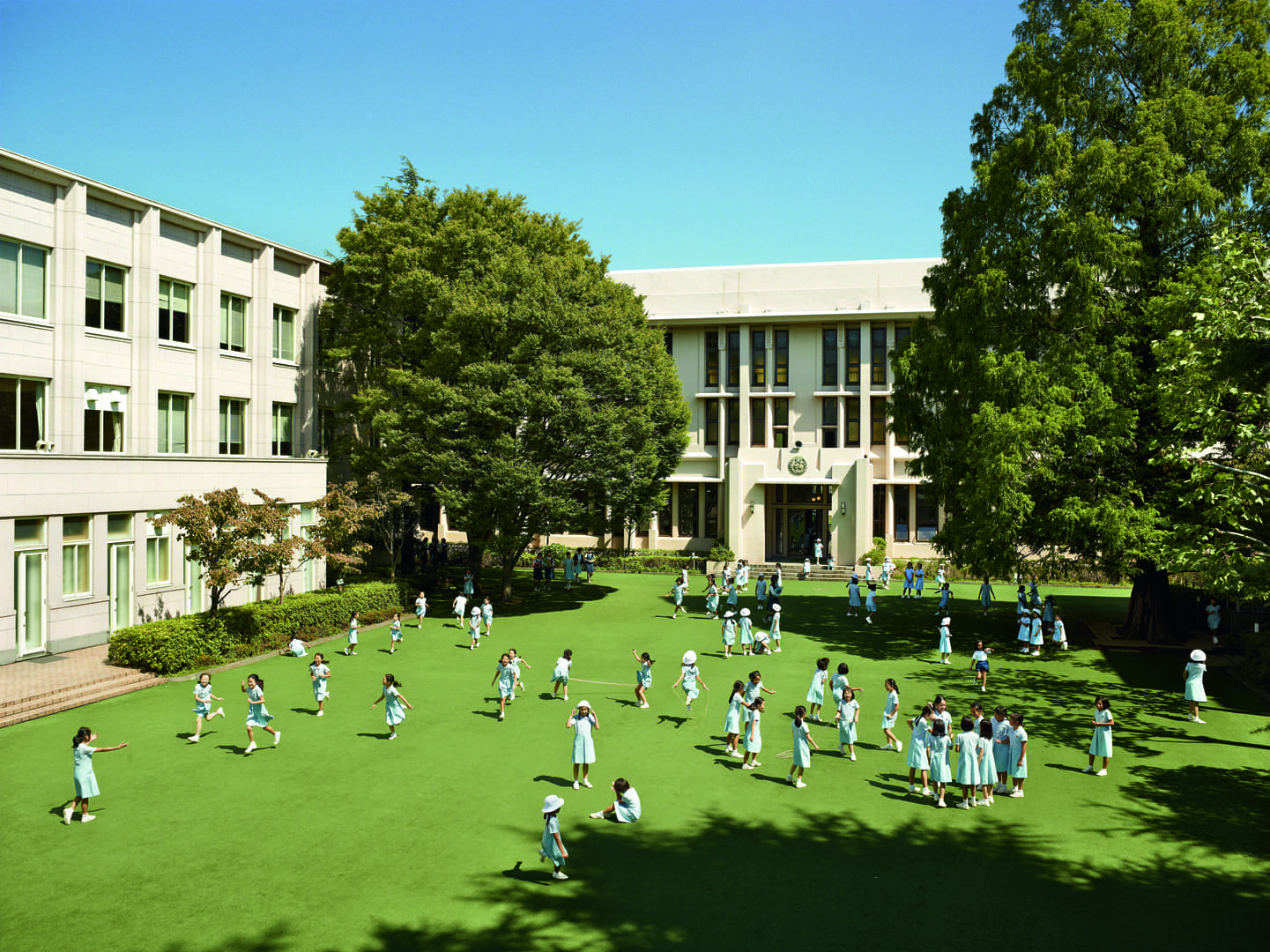 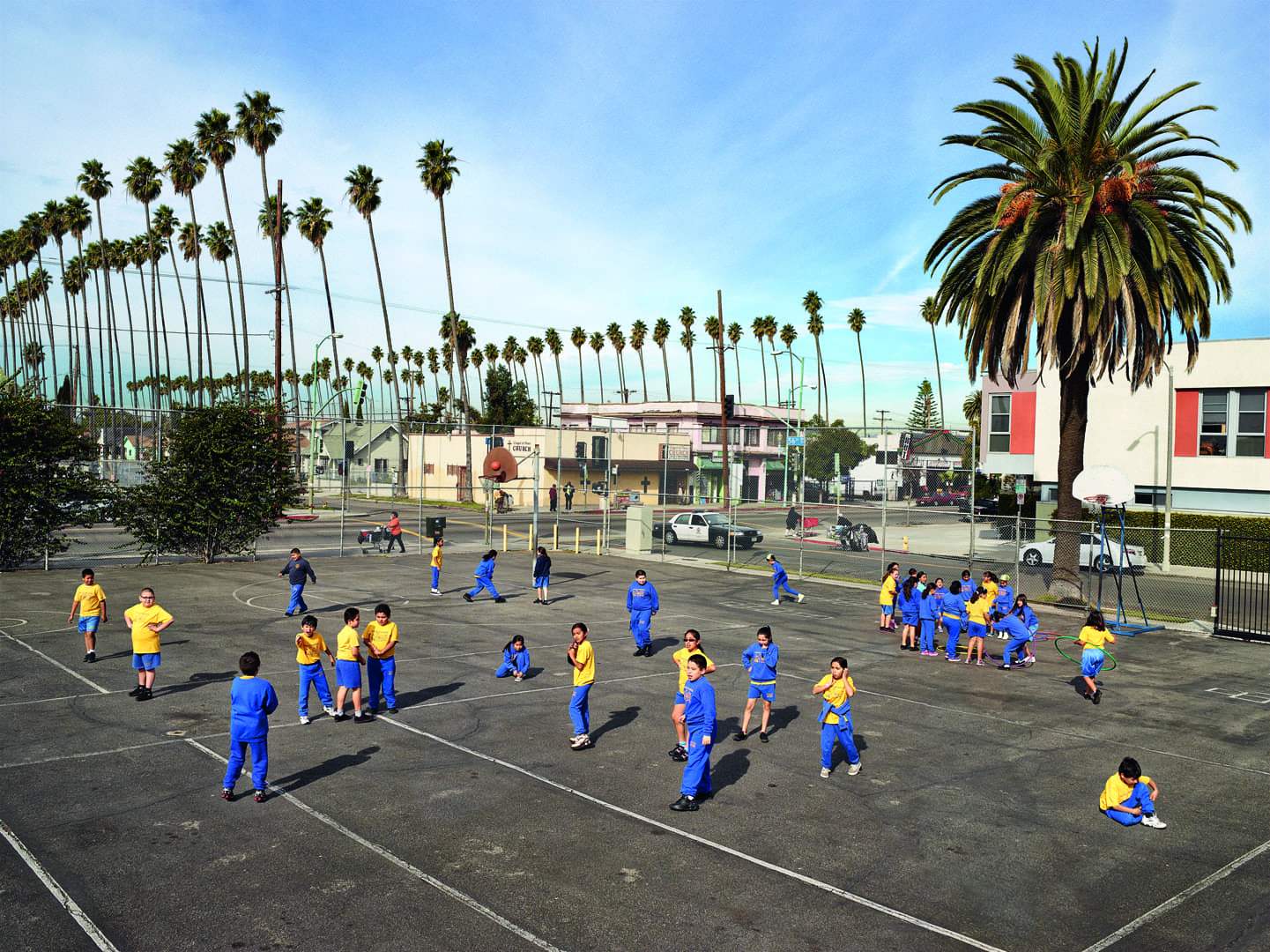 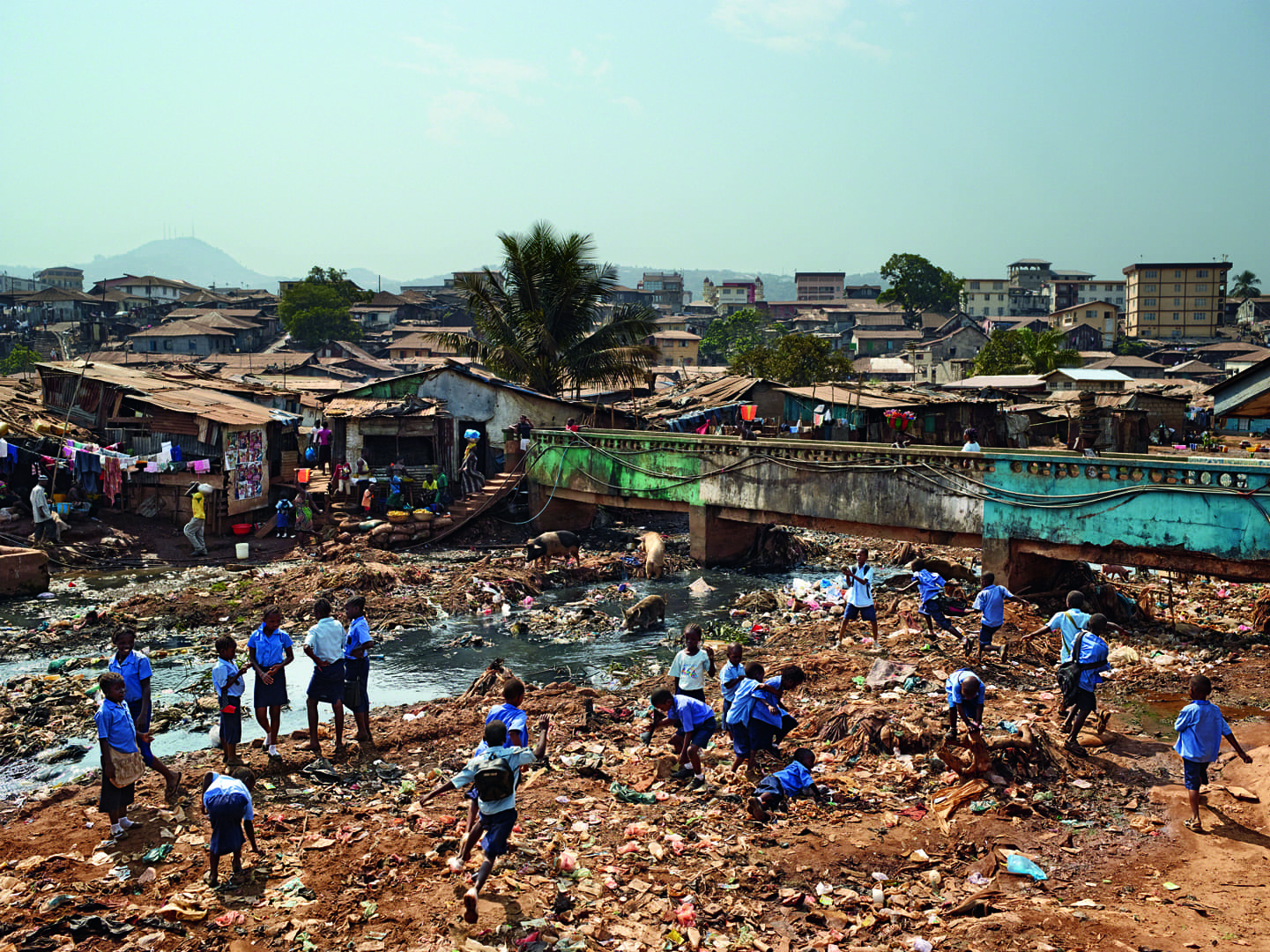 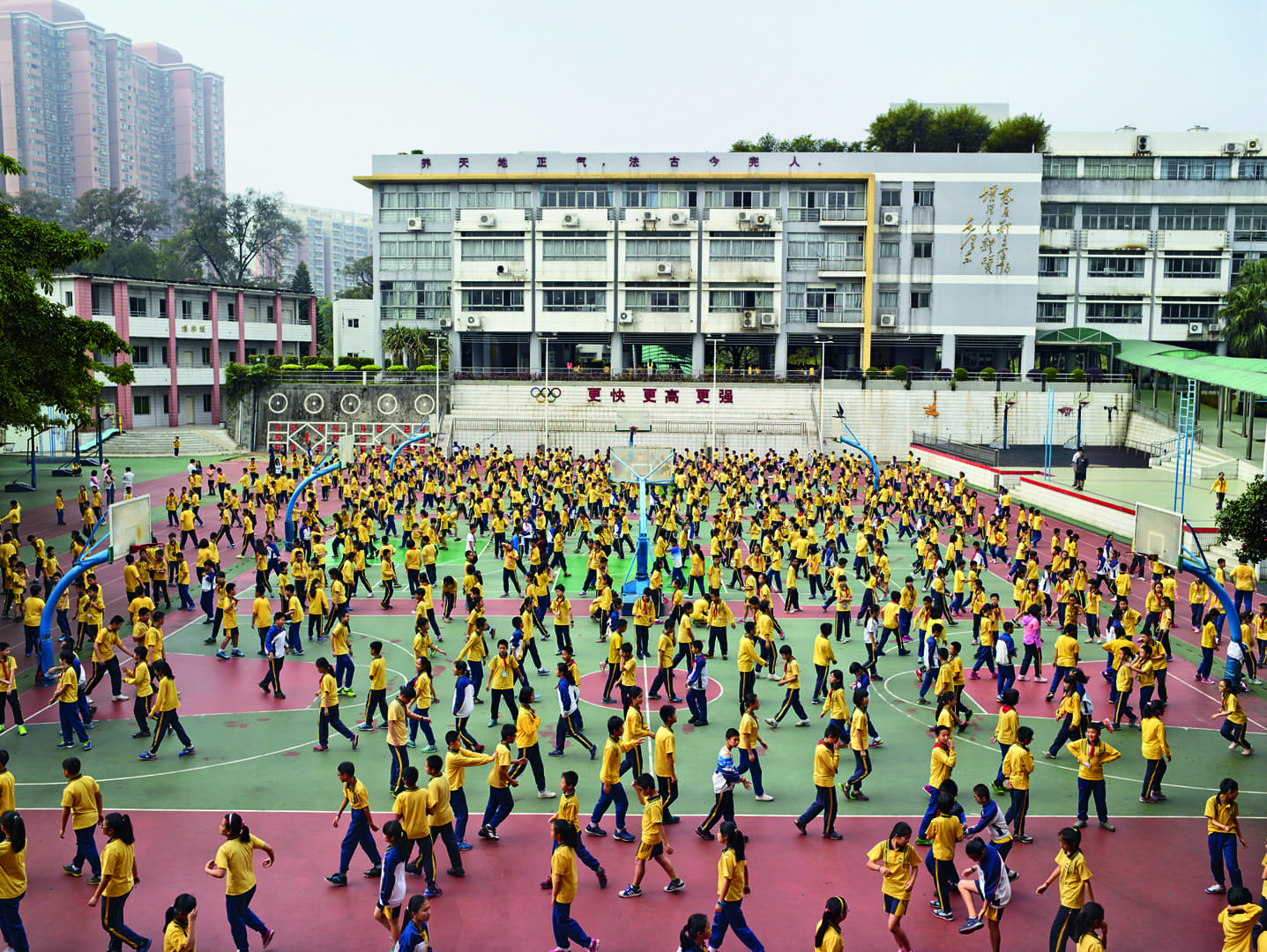 When I conceived this series of pictures, I was thinking about my time at school. I realized that most of my memories were from the playground. It had been a space of excitement, games,bullying, laughing, tears, teasing, fun, and fear. It seemed an interesting place to go back and explore in photographs.I started the project in the UK, revisiting my school and some of the other schools nearby. I became fascinated by the diversity of children’s experiences, depending on their school. The contrasts between British schools made me curious to know what schools were like in other countries.

Most of the images from the series are composites of moments that happened during a single break time—a kind of time-lapse photography. I have often chosen to feature details that relate to my own memories of the playground. Although the schools I photographed were very diverse, I was struck by the similarities between children’s behavior and the games they played.