The House which grows 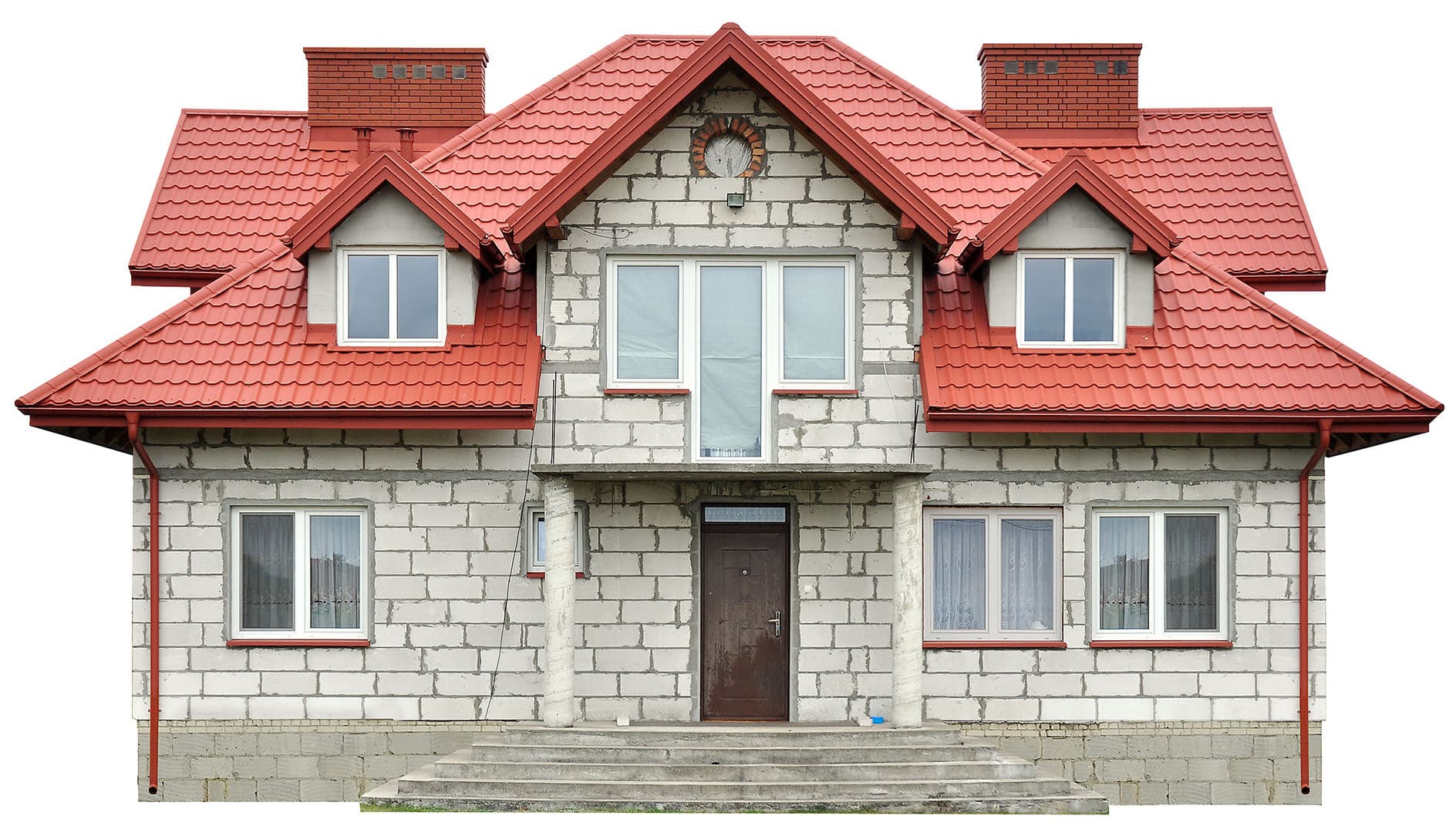 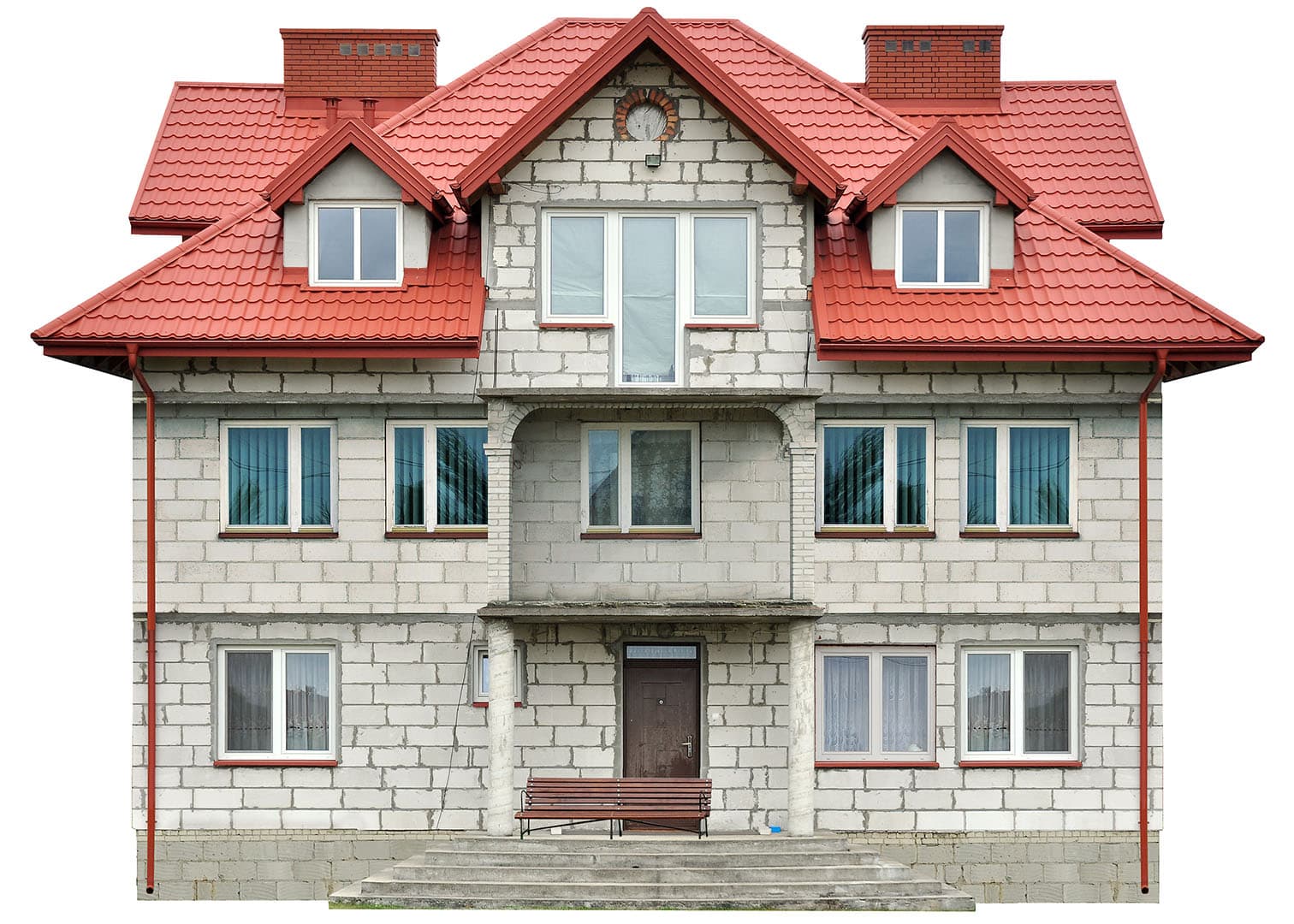 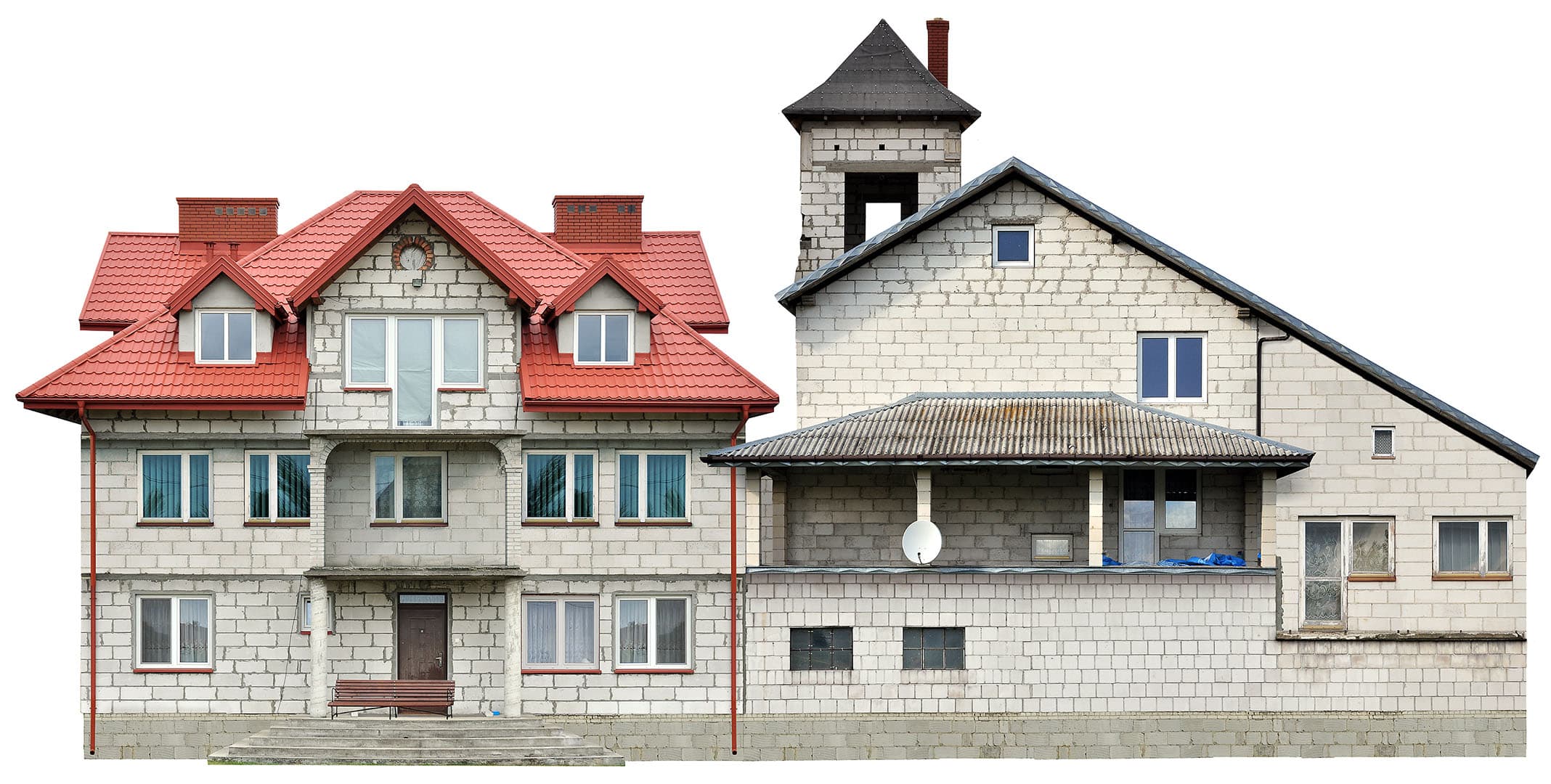 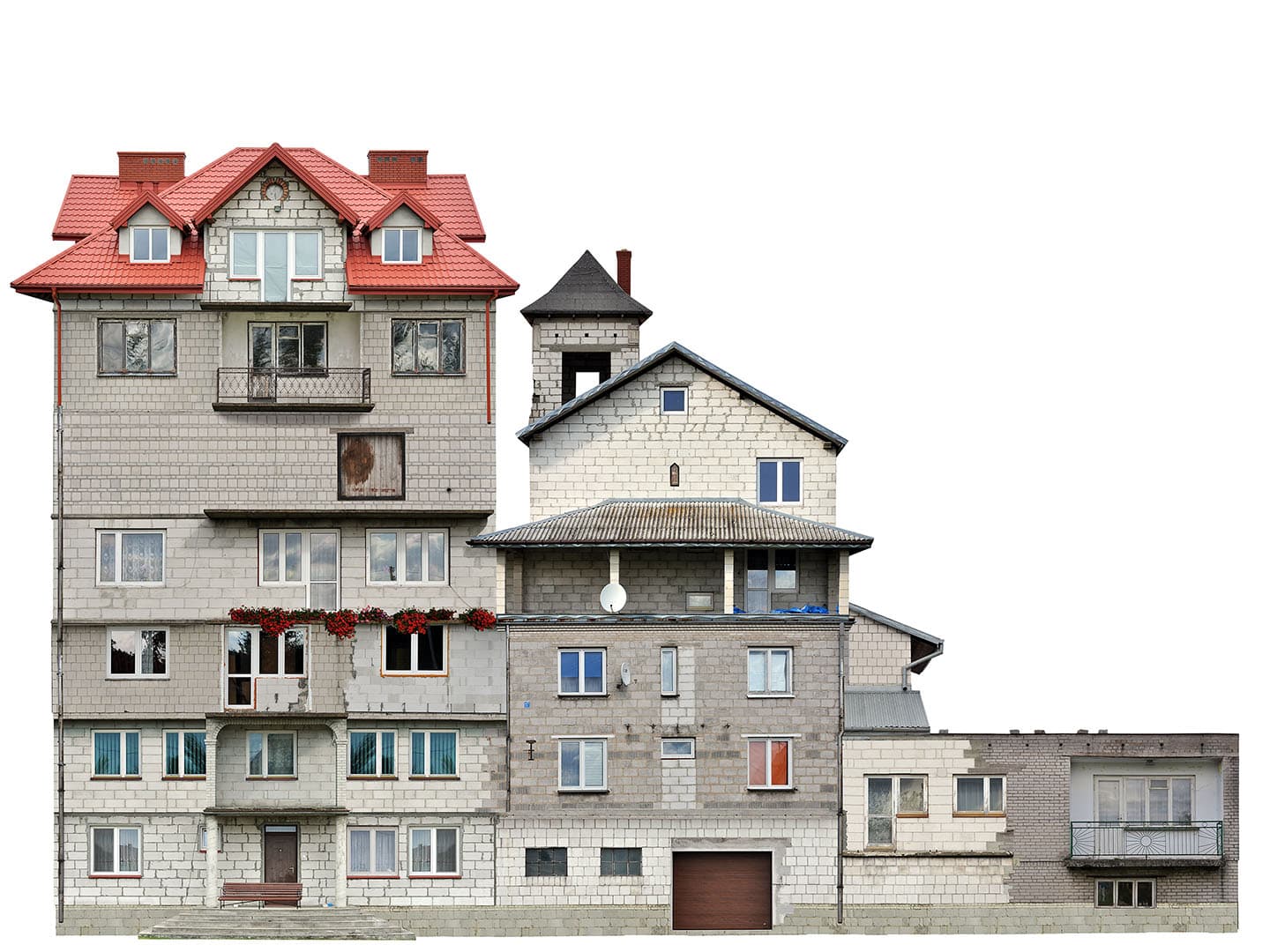 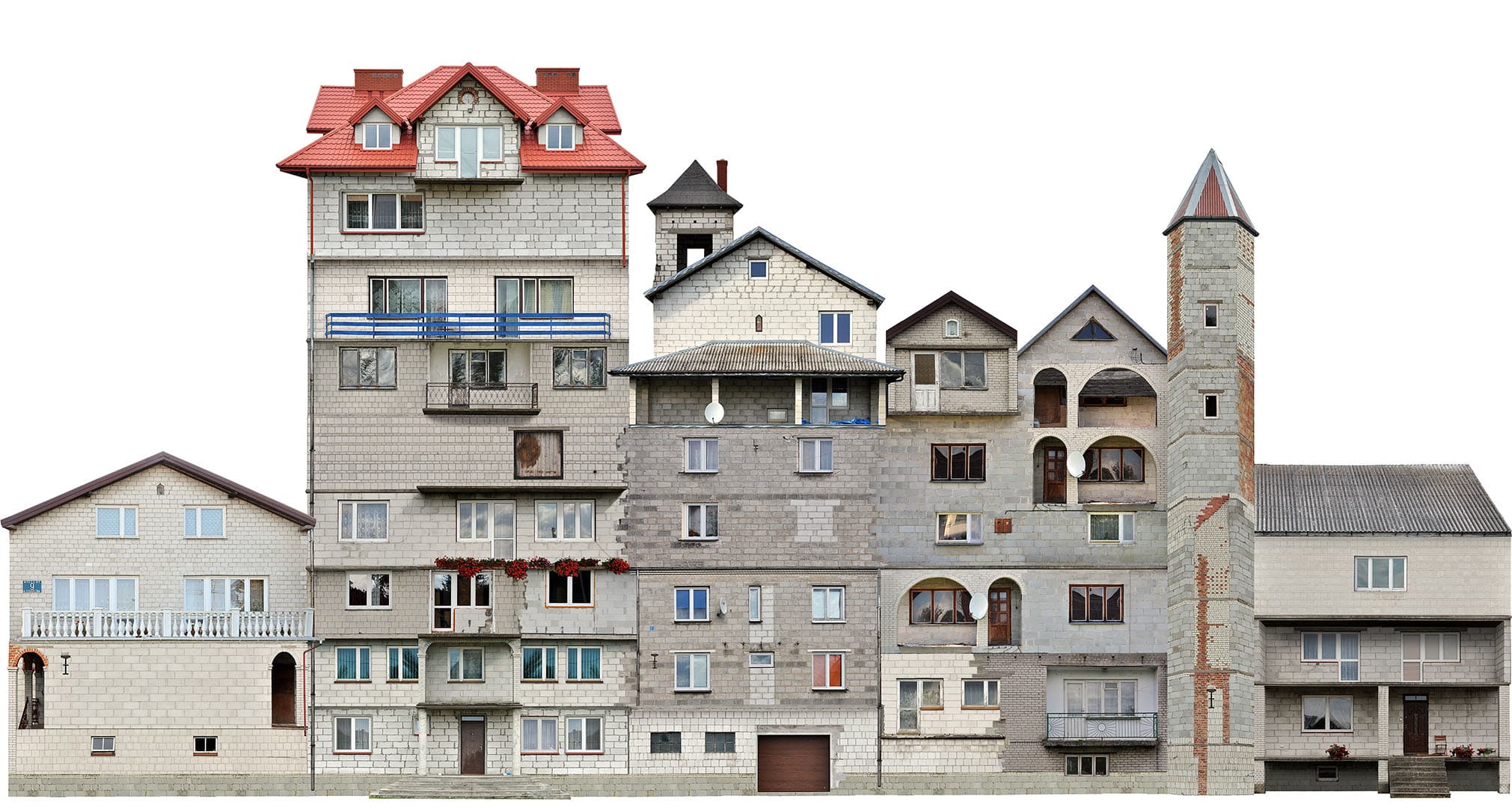 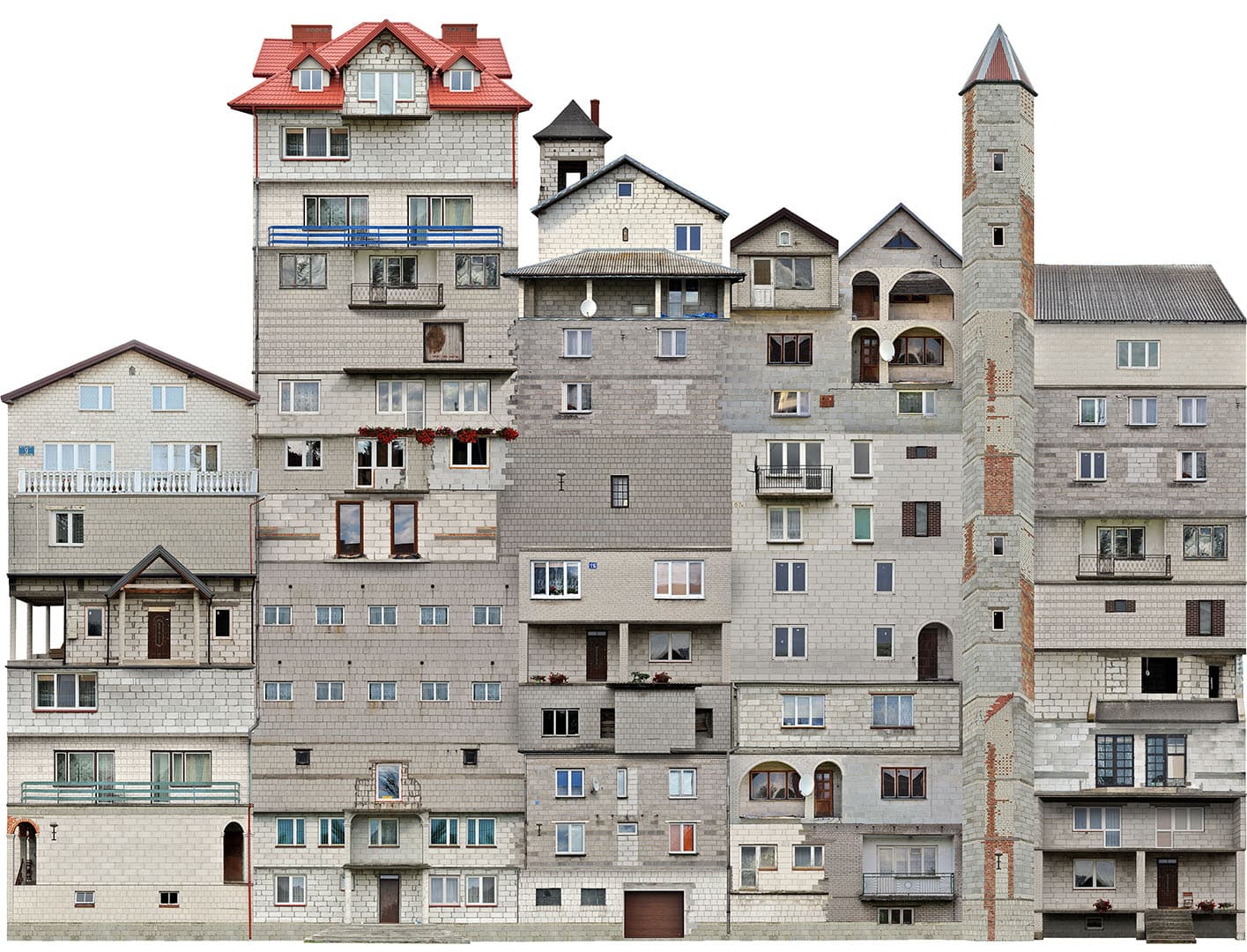 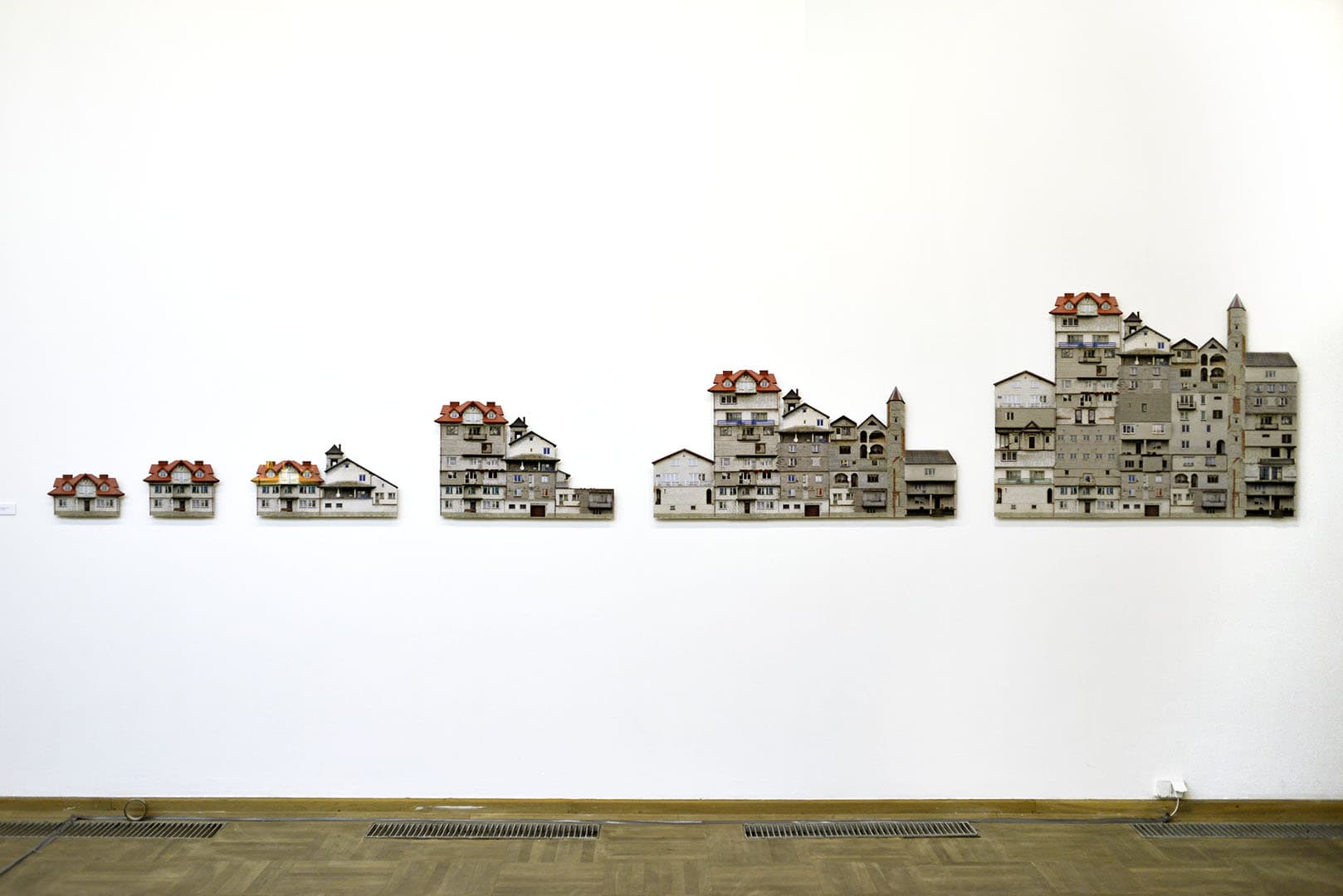 The Polish countryside is covered with nearly finished houses. The walls are standing, the roof covers the structure, electricity and all the necessary media have been connected, people are living in it, and yet, the house remains unfinished, with the facade showing apparent cinderblocks. At some point, the various owners decided, probably for economic reasons, to leave the houses unfinished.
However, these houses very often also continue to expand. After a few years of use, the need for additional space occurs, and the owners decide then to enlarge their homes. This enlargement is implemented in the same fashion as the original construction: the house is nearly-finished, but the façade remains bare. And this process may happen several times.

The House which grows is a photographic series which is inspired by this phenomenon, but also exaggerates it. The first image shows a nearly finished house, which, in the subsequent images, appears to be growing, with the addition of new wings, walls, and even turrets to the original building. Eventually, in the last image, the house has become a huge chaotic and shapeless construction. The series is open-ended: although six images were originally created, there is always the possibility of placing additional walls to the façade, so that the house can be, literally, ever-growing.