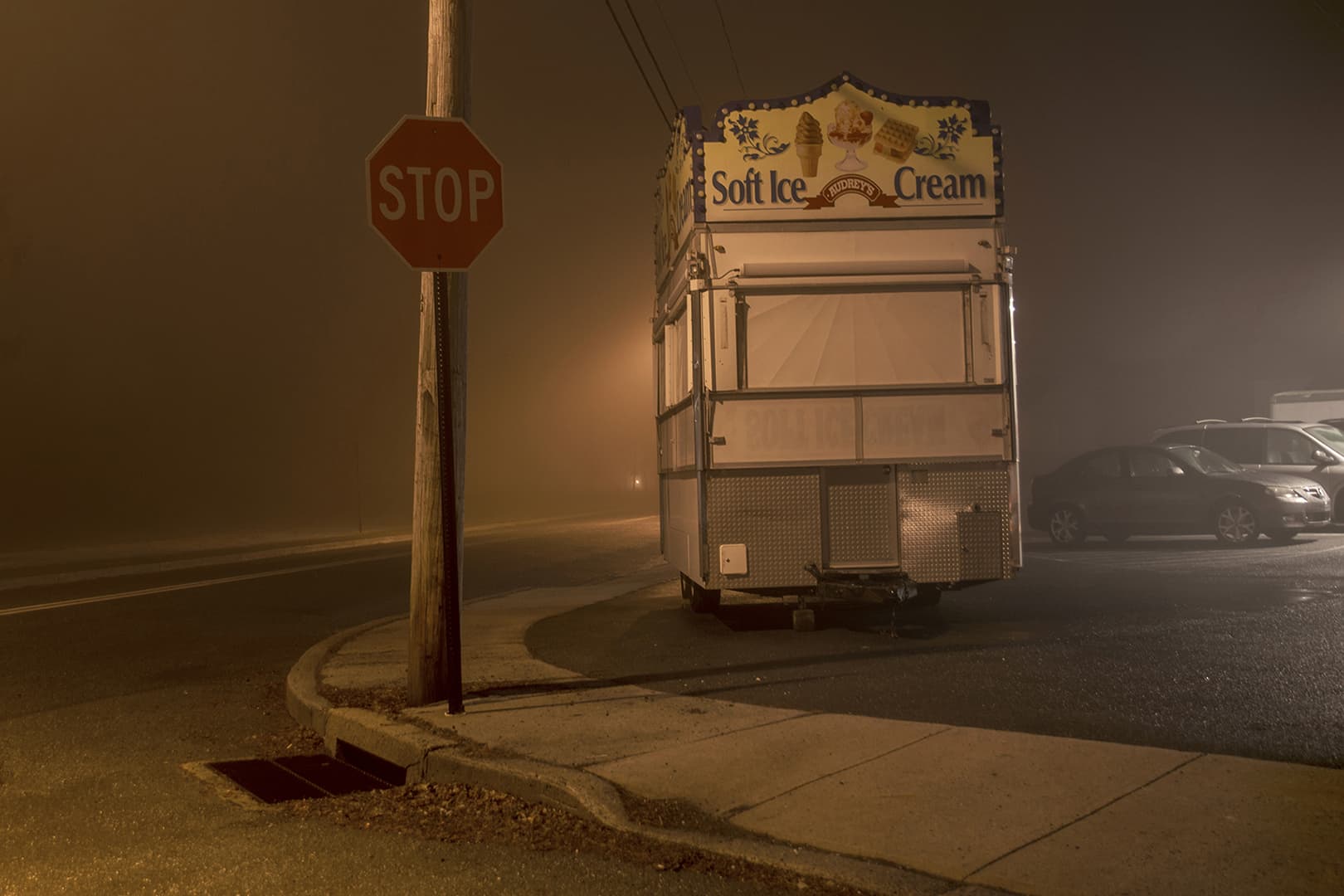 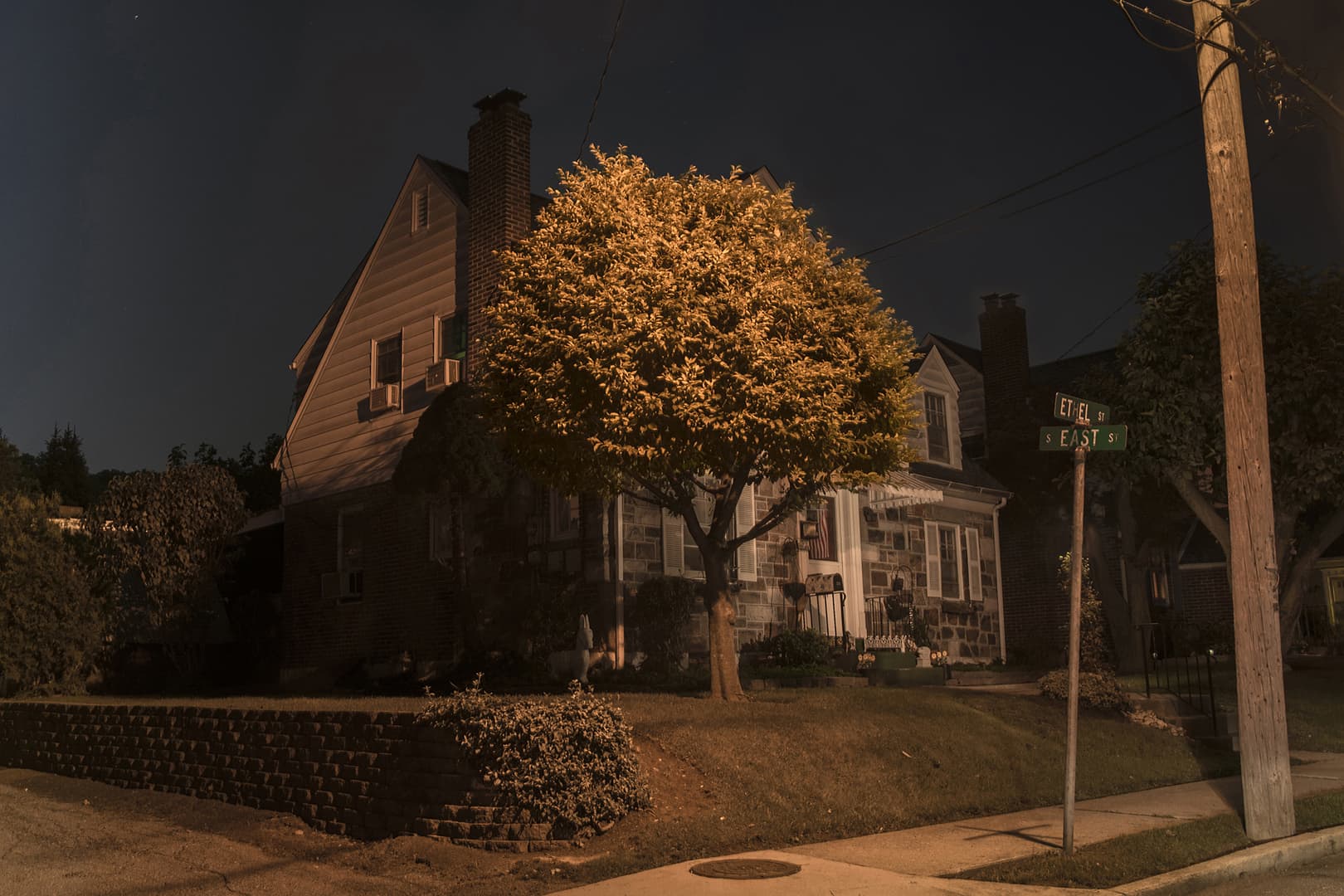 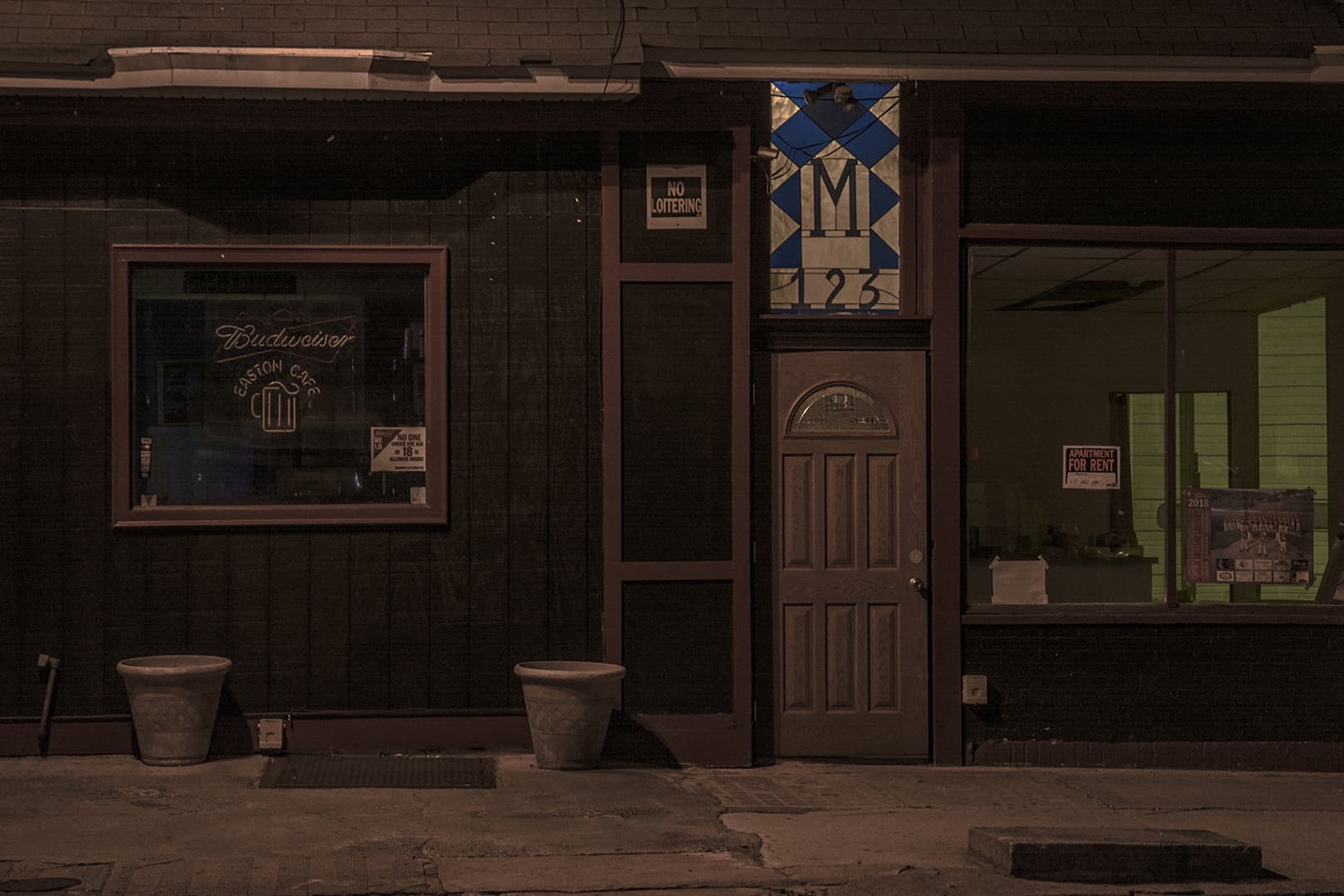 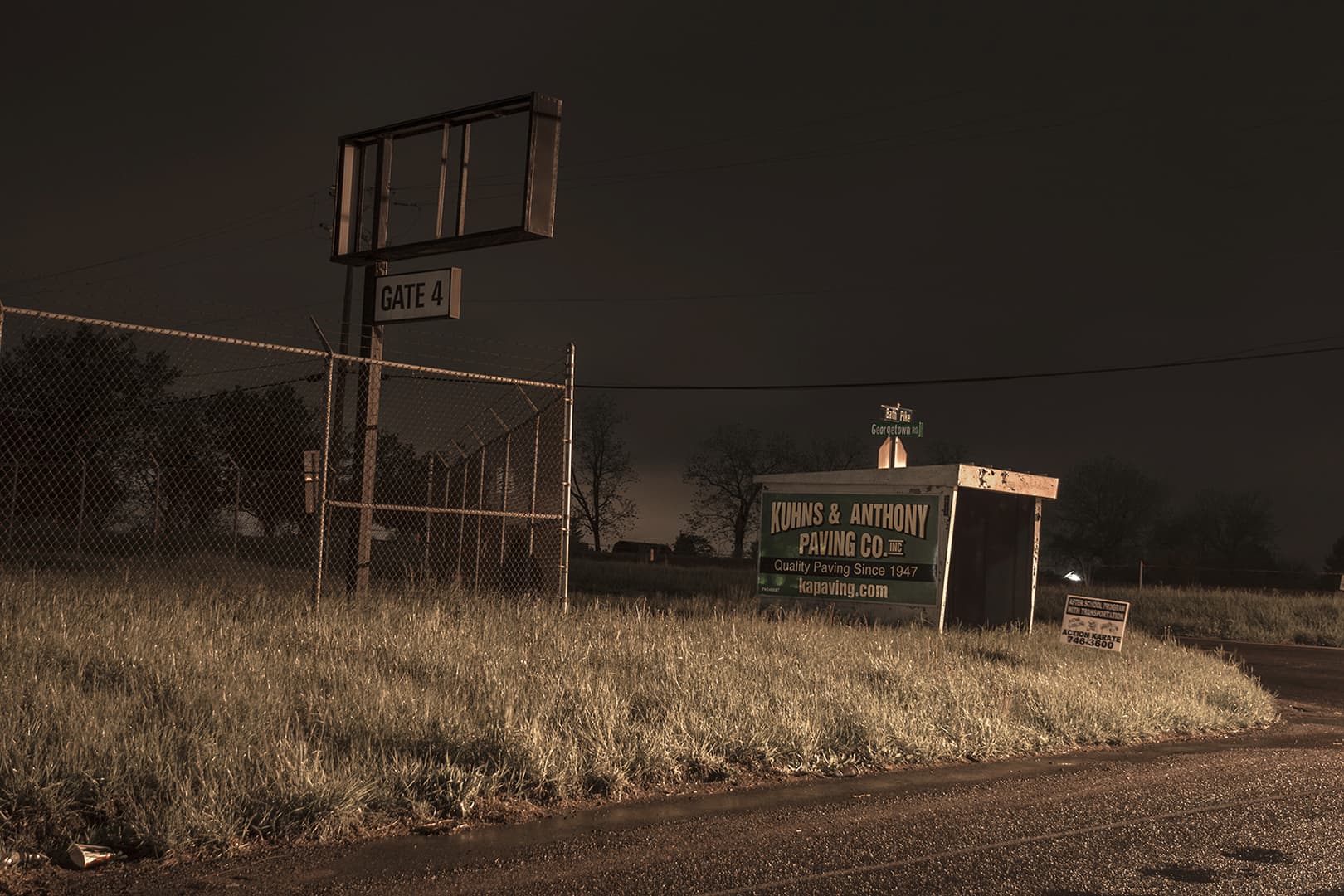 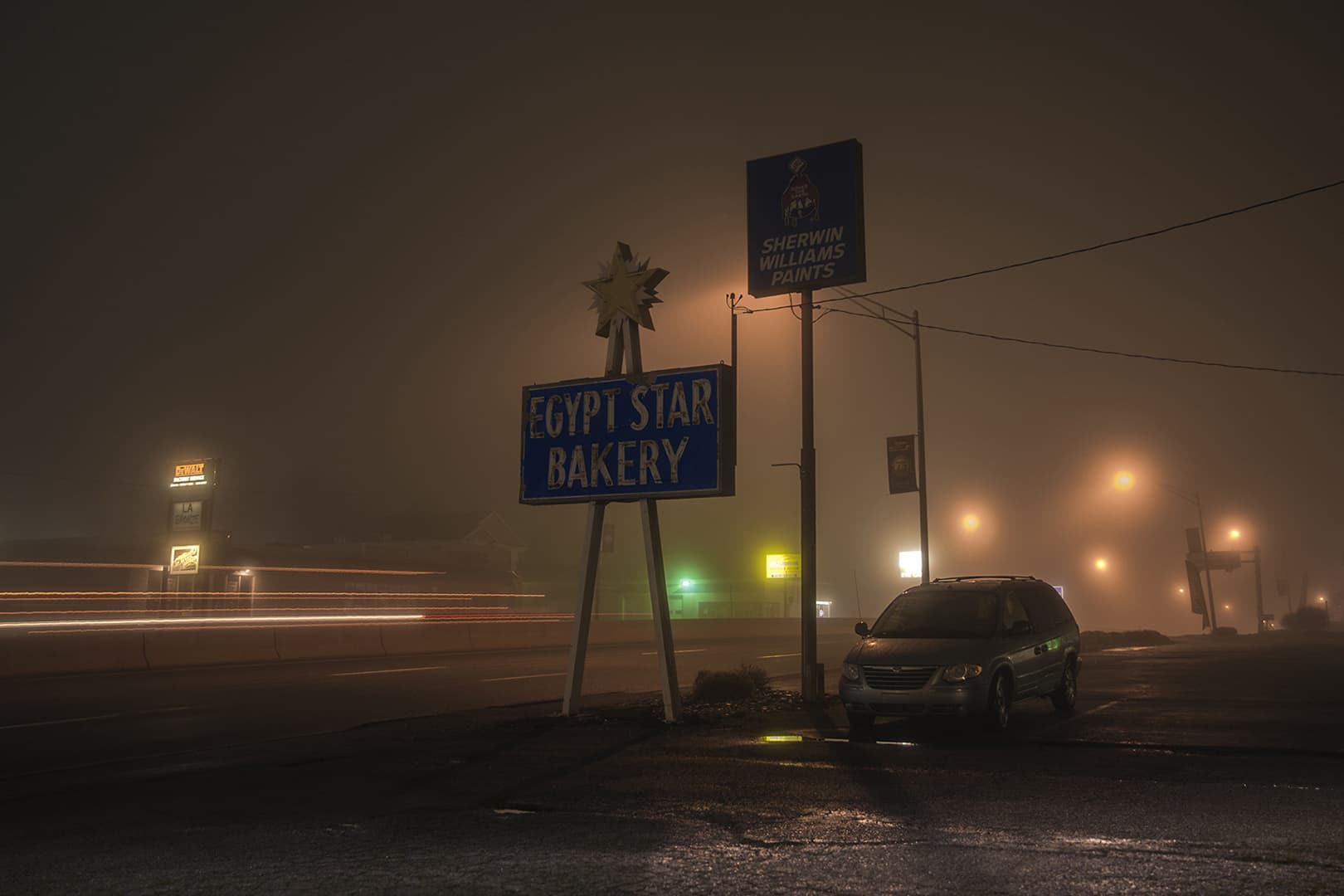 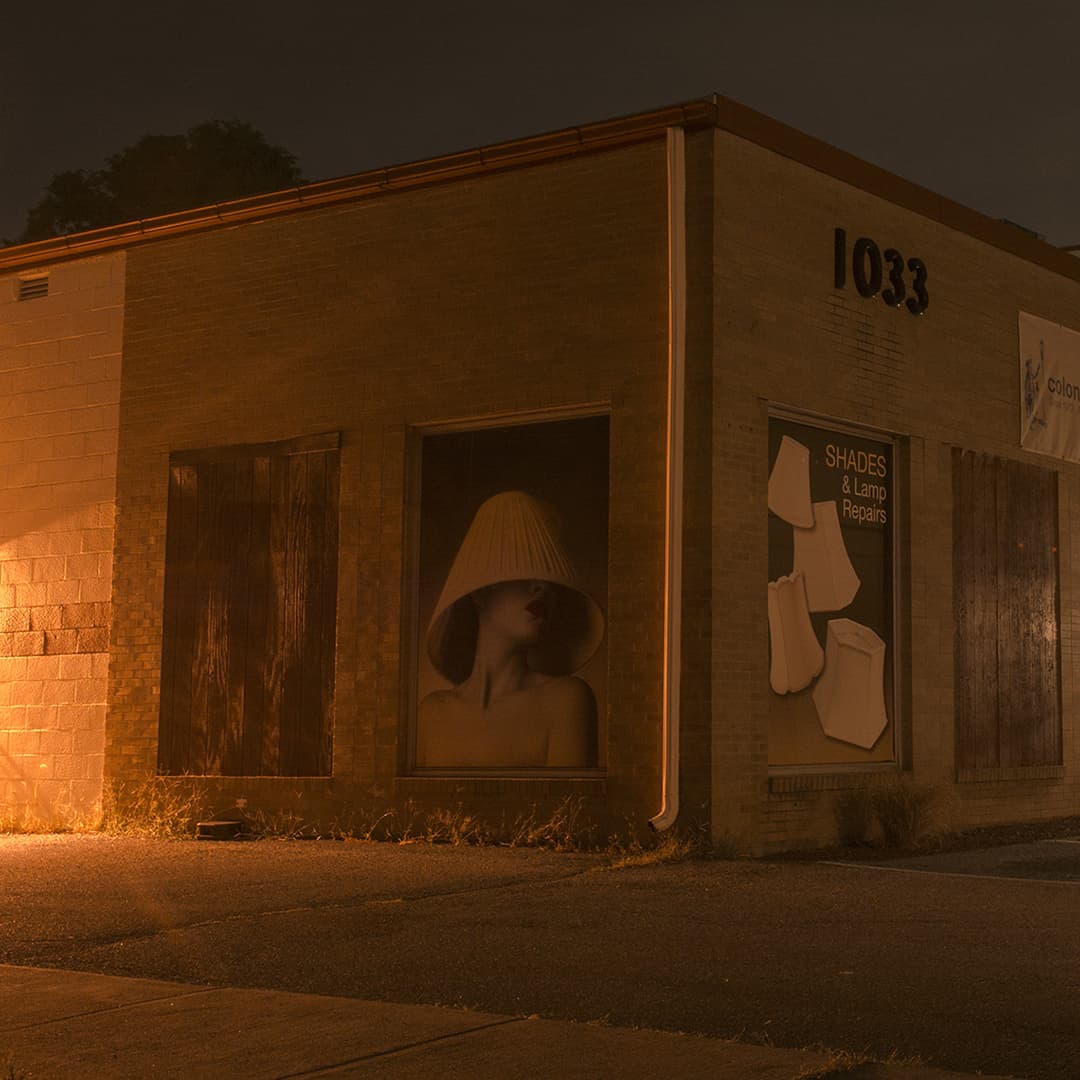 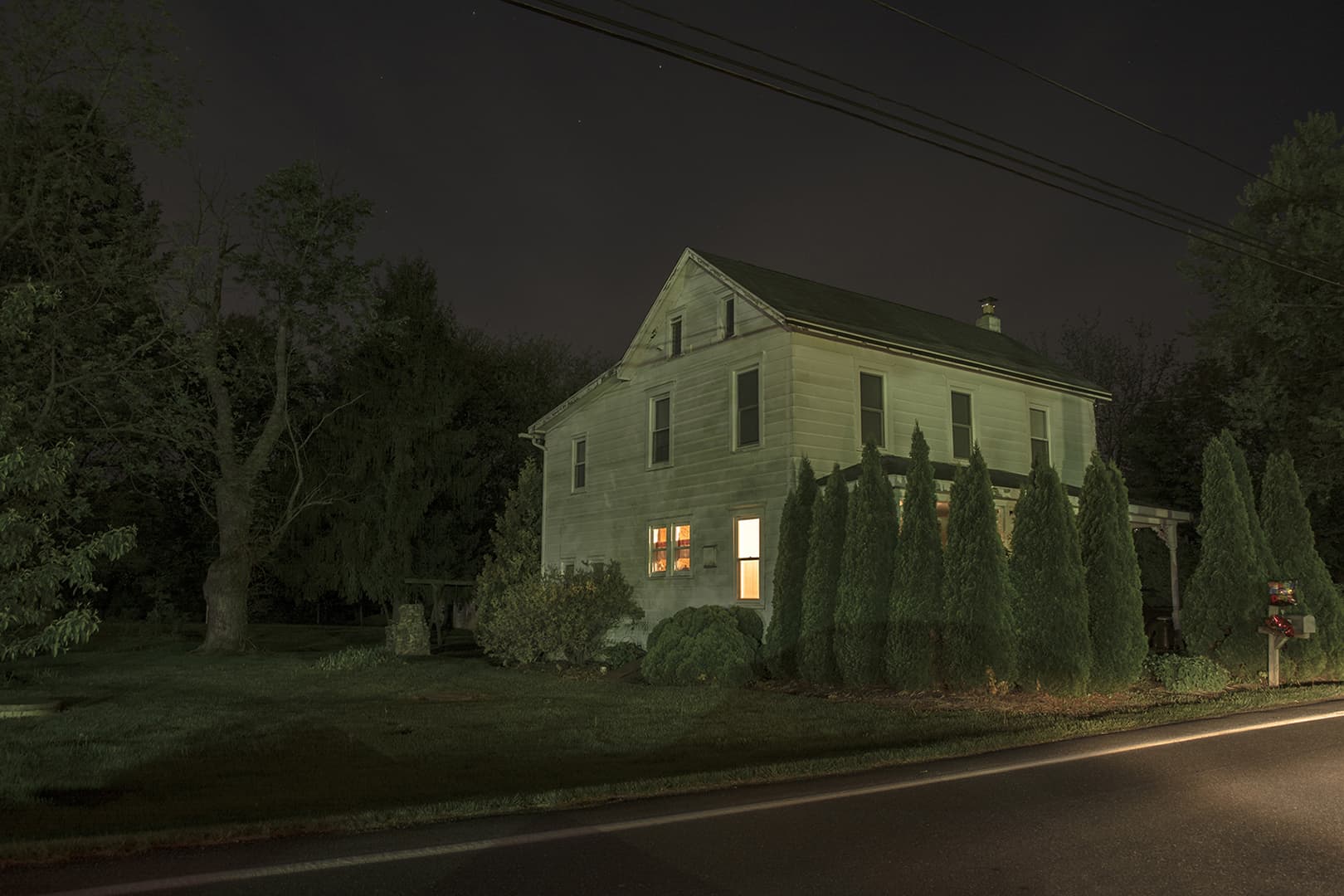 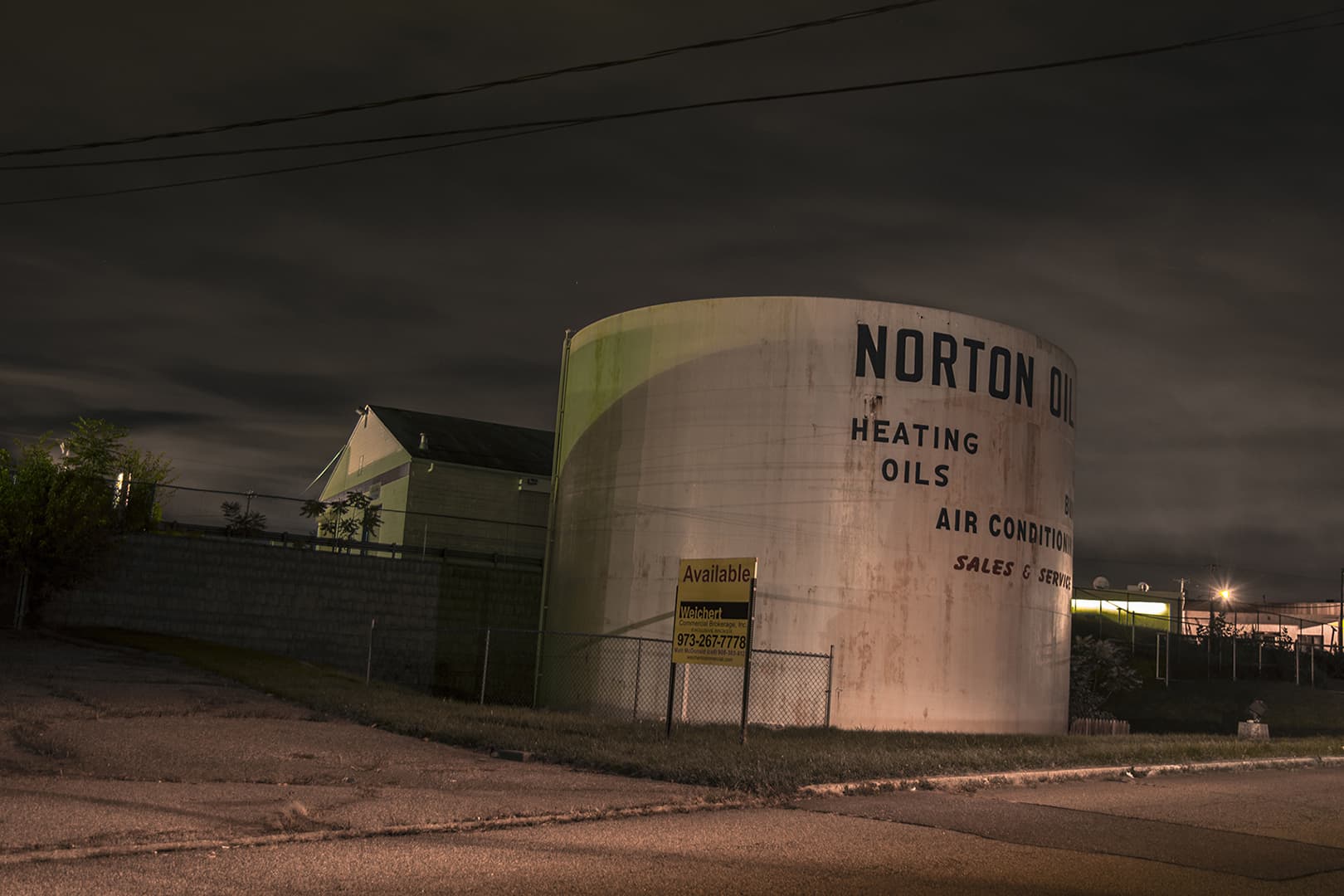 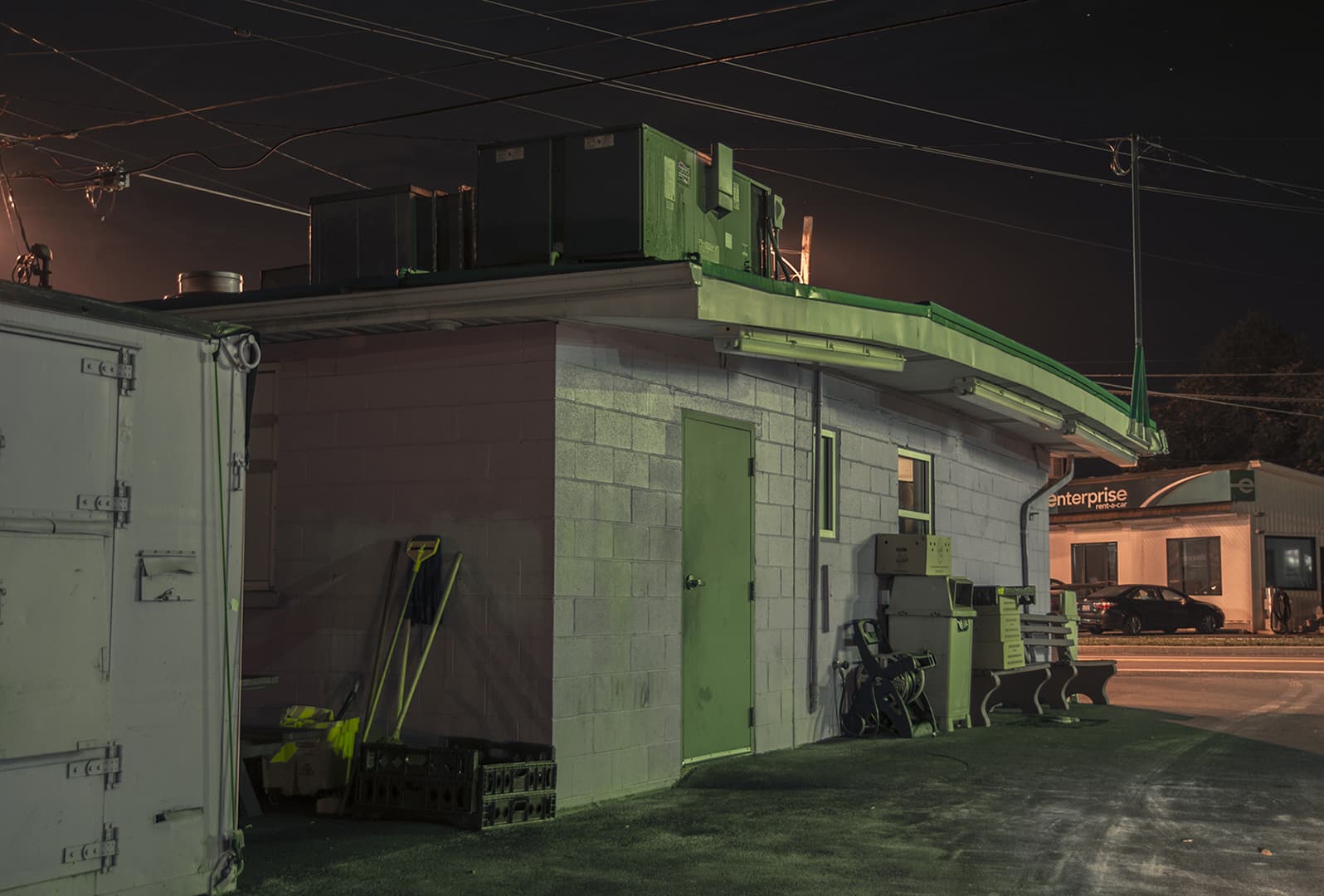 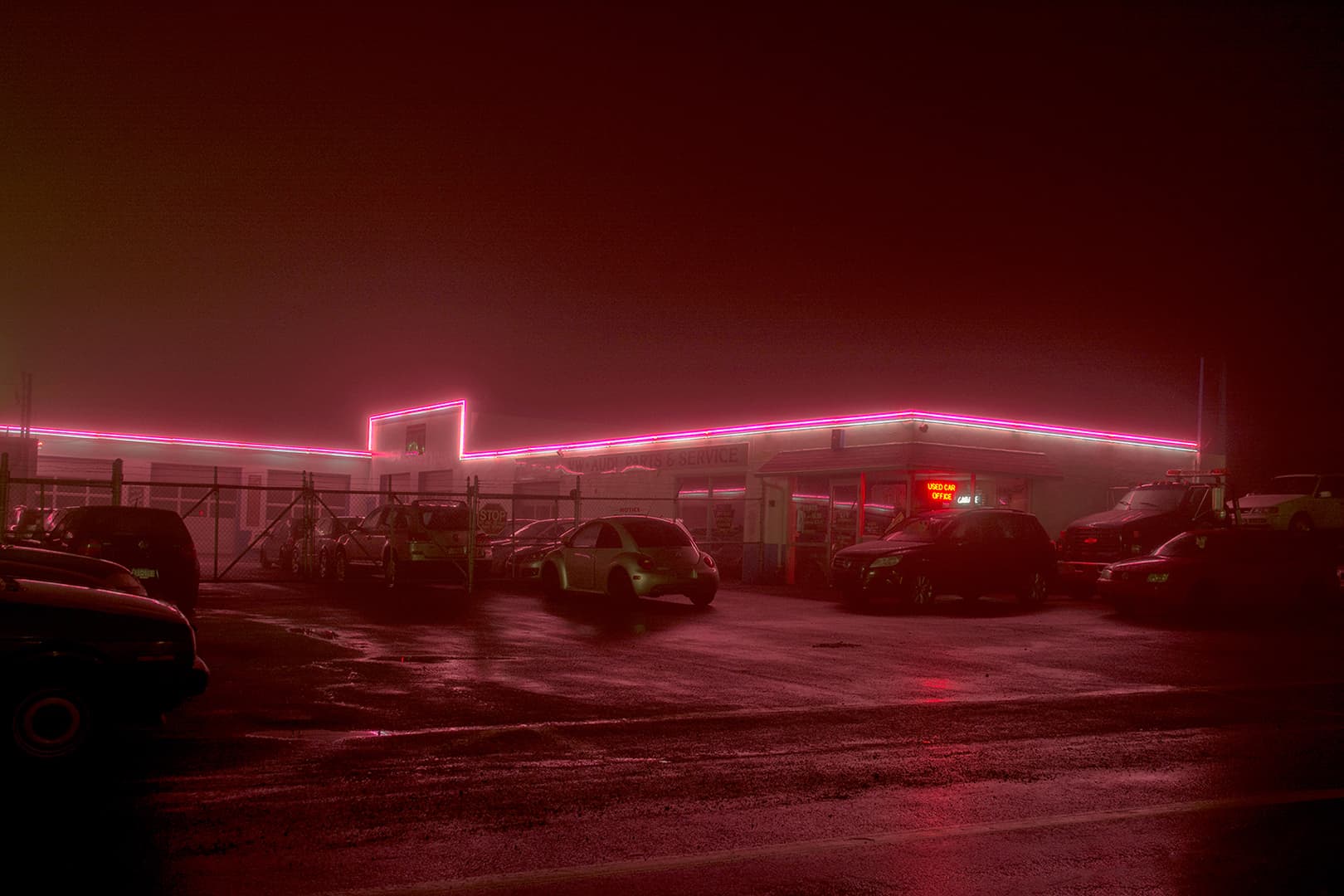 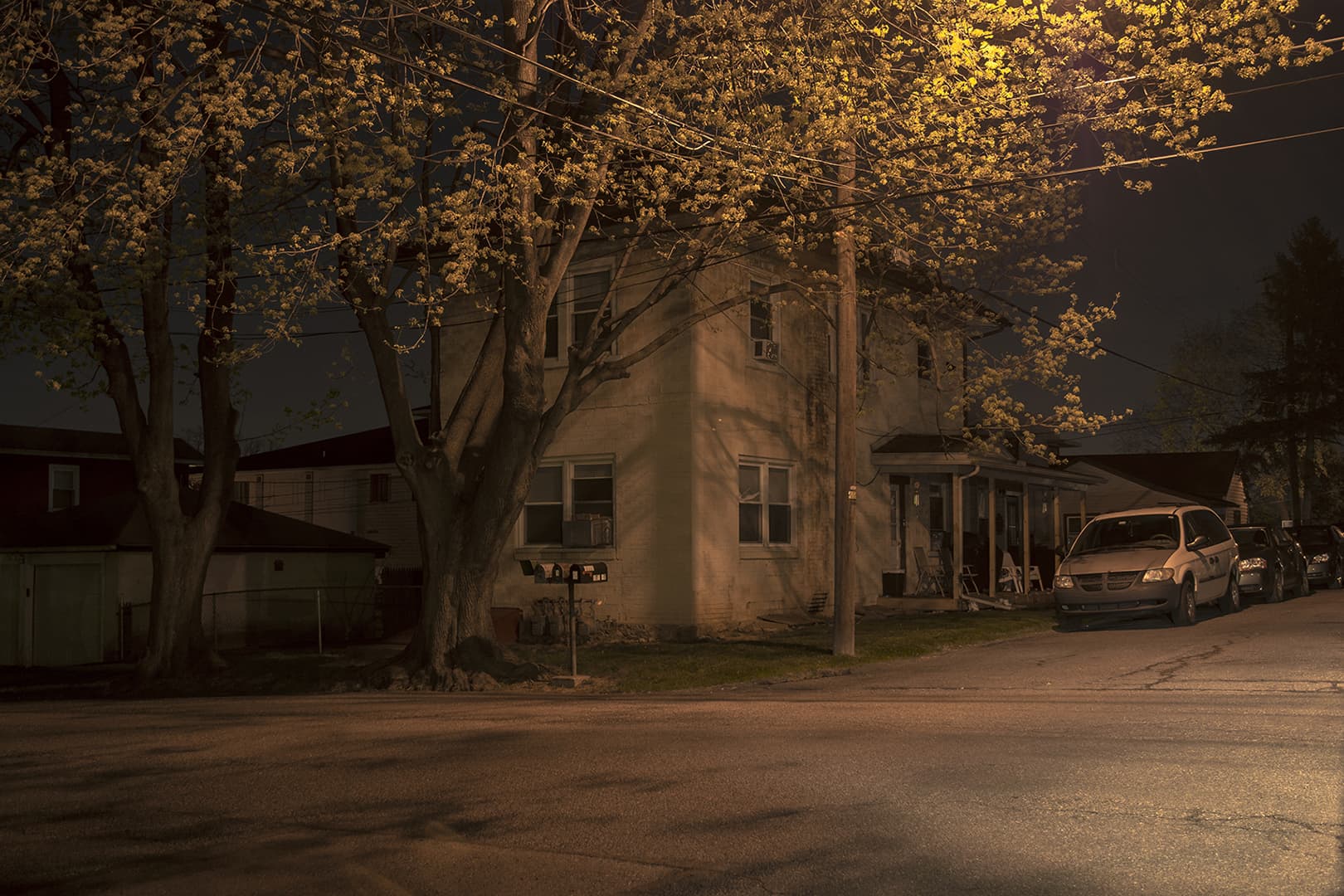 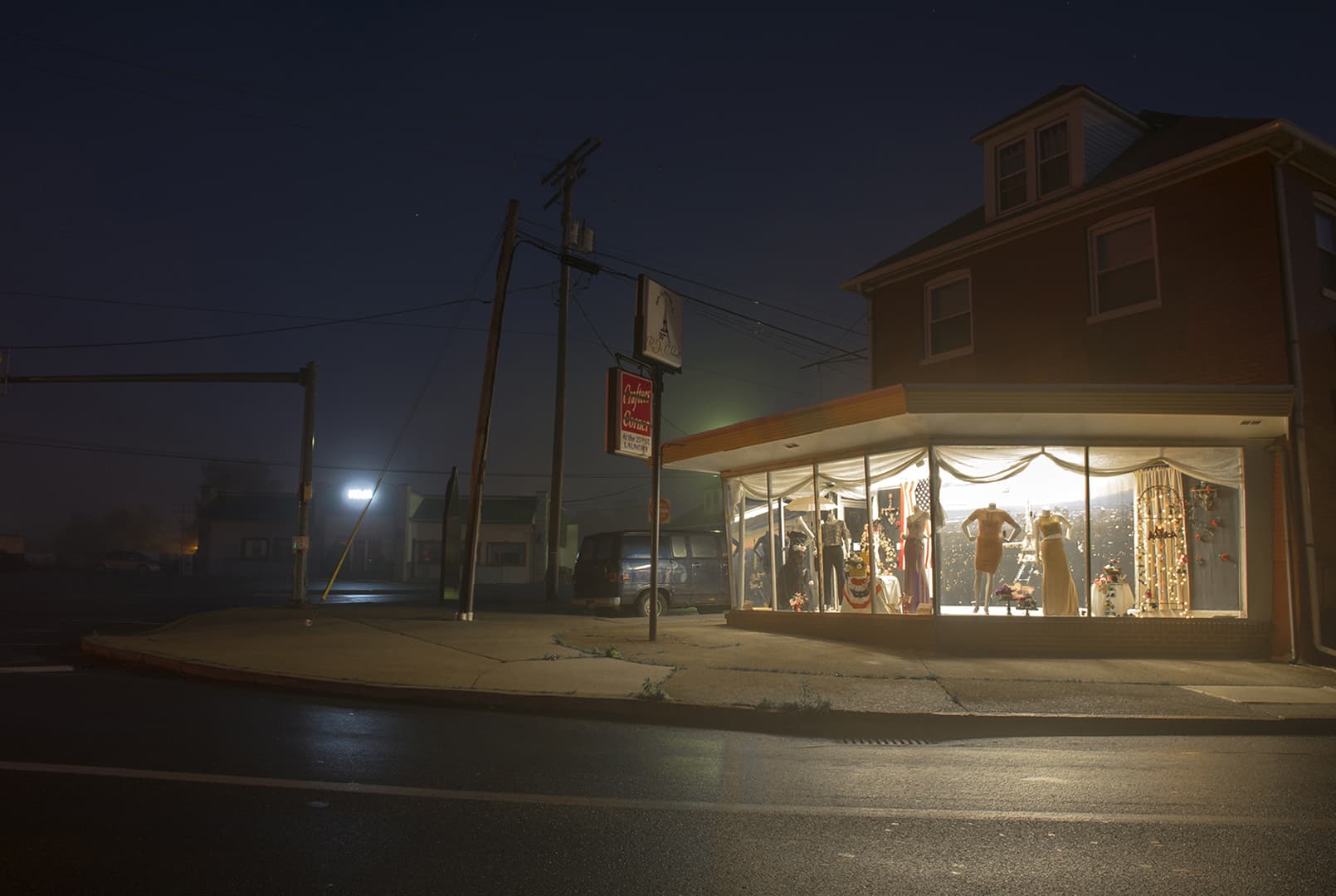 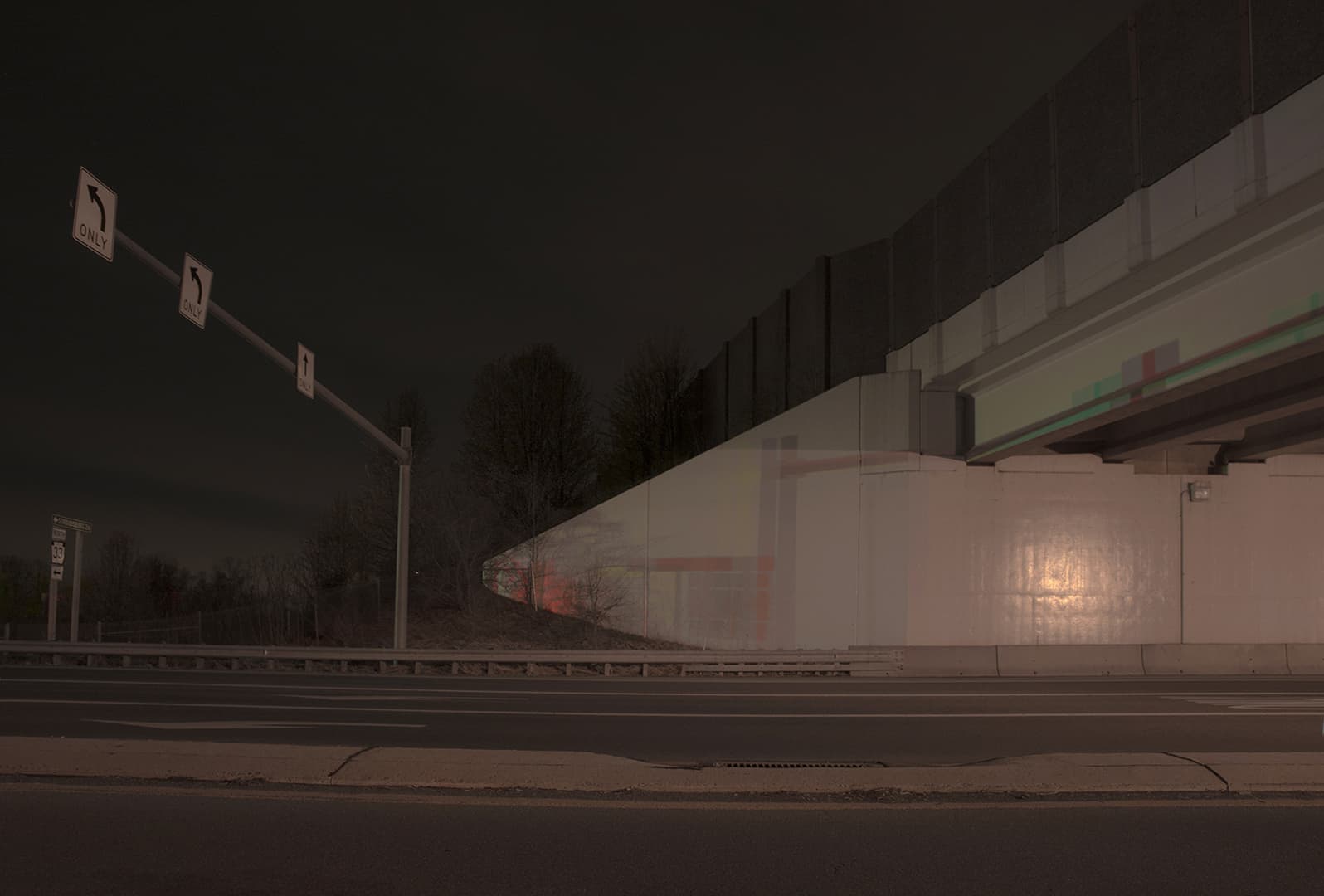 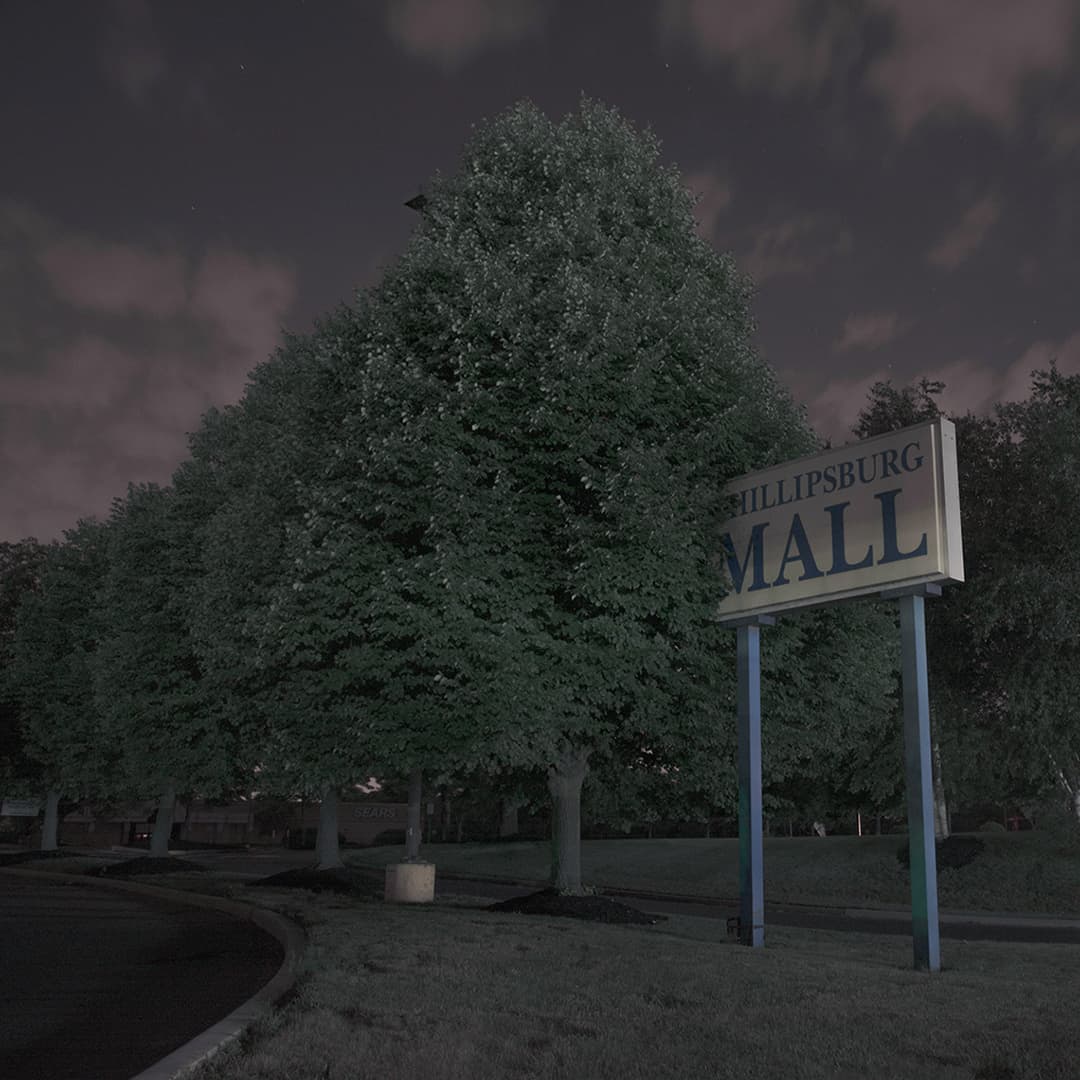 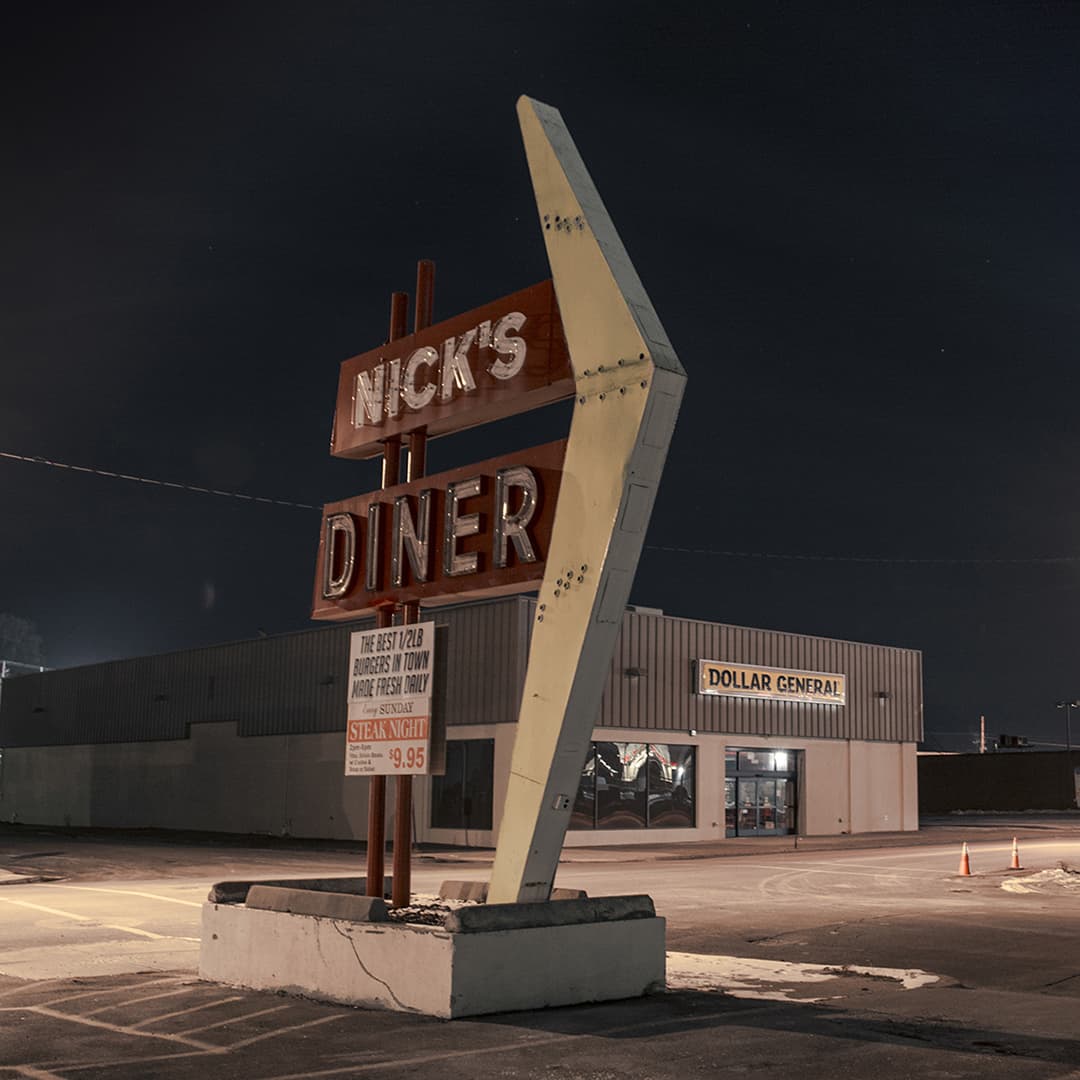 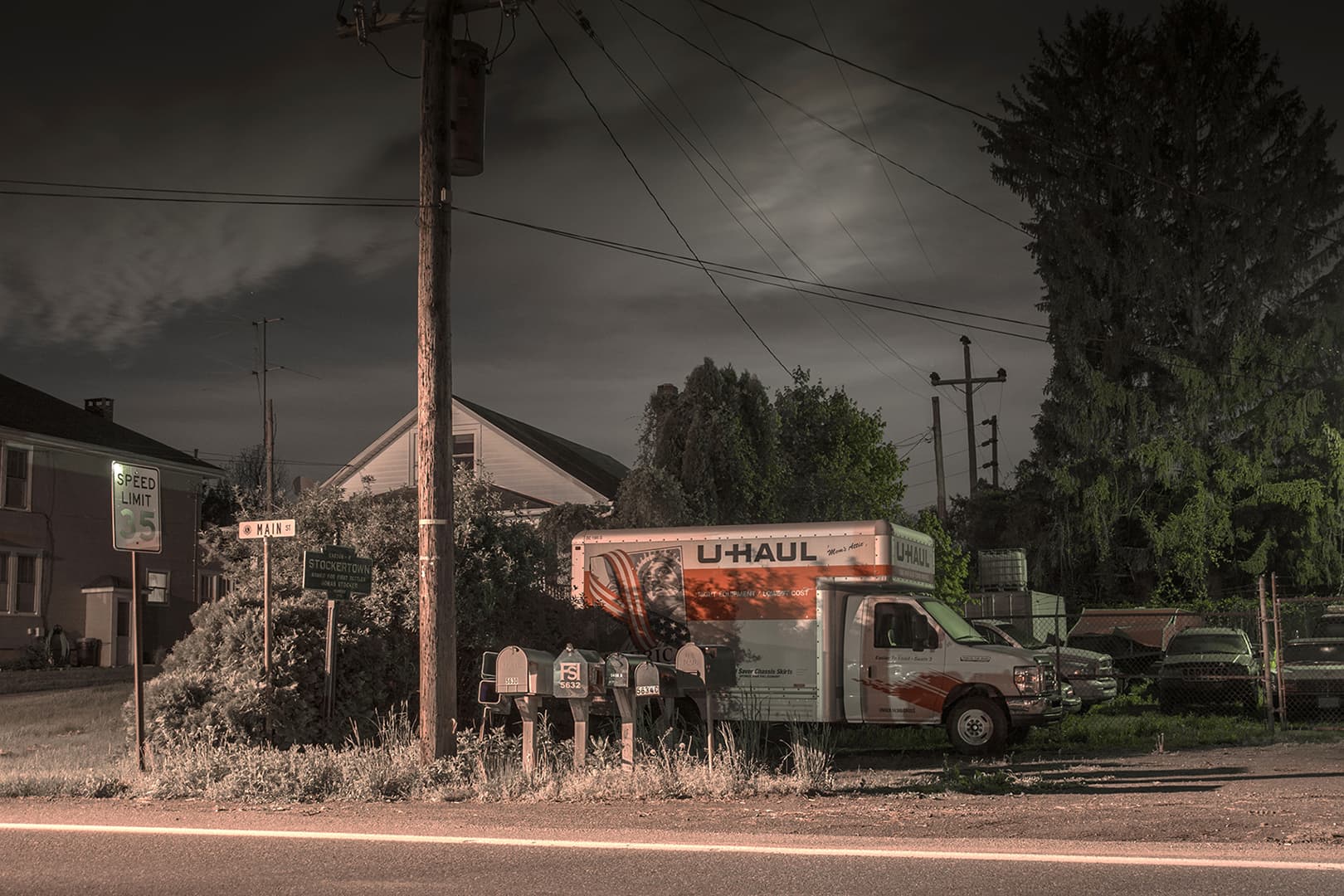 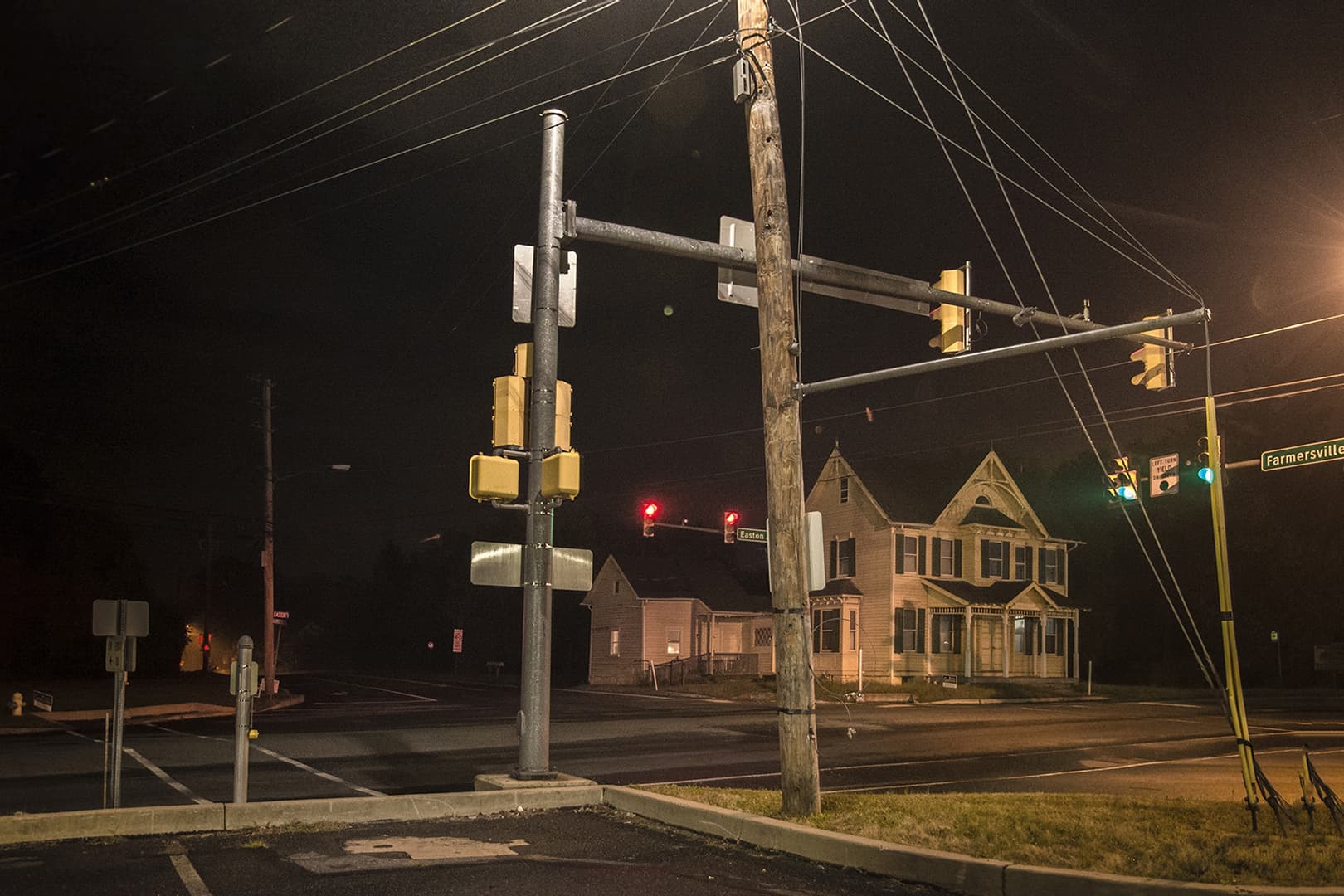 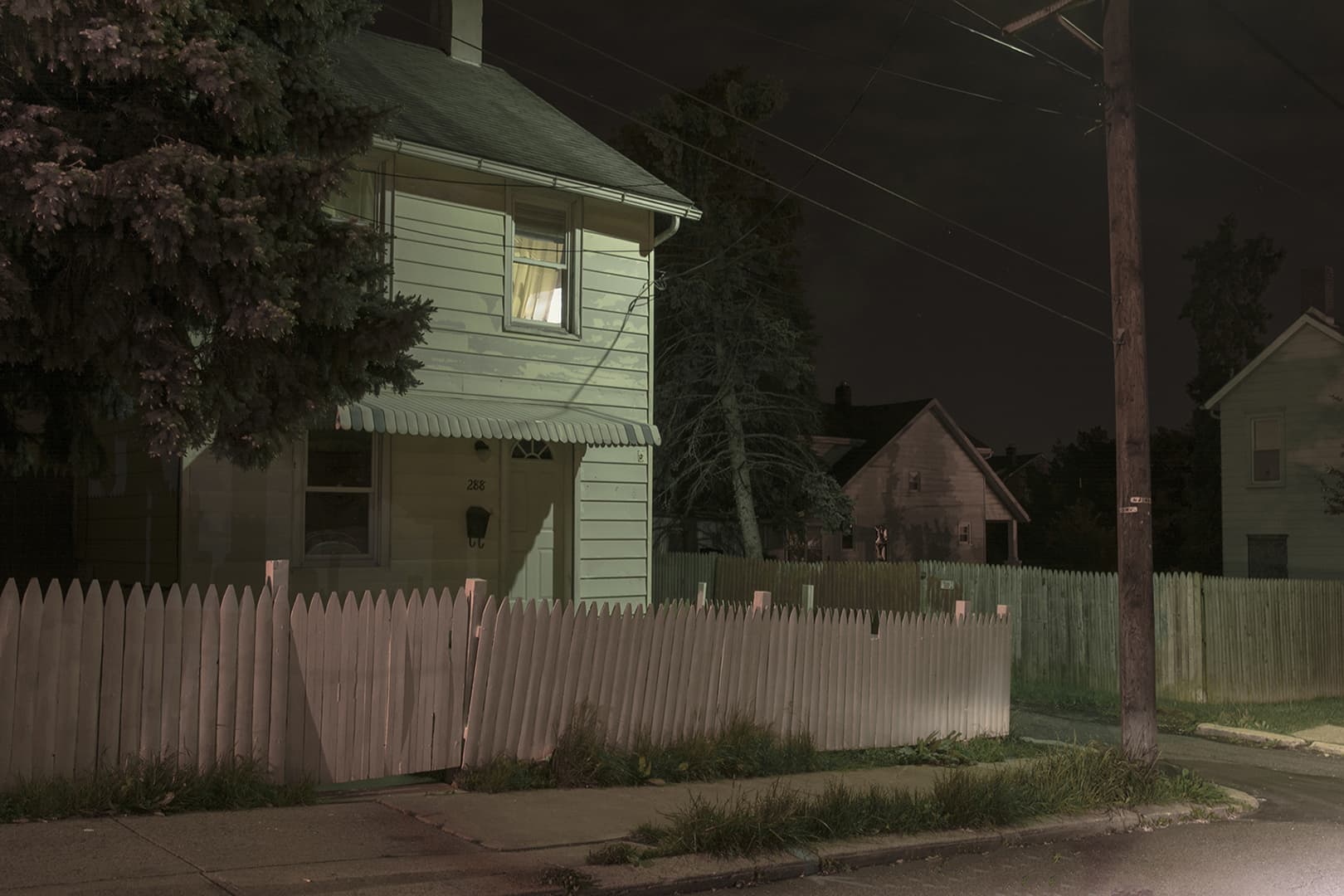 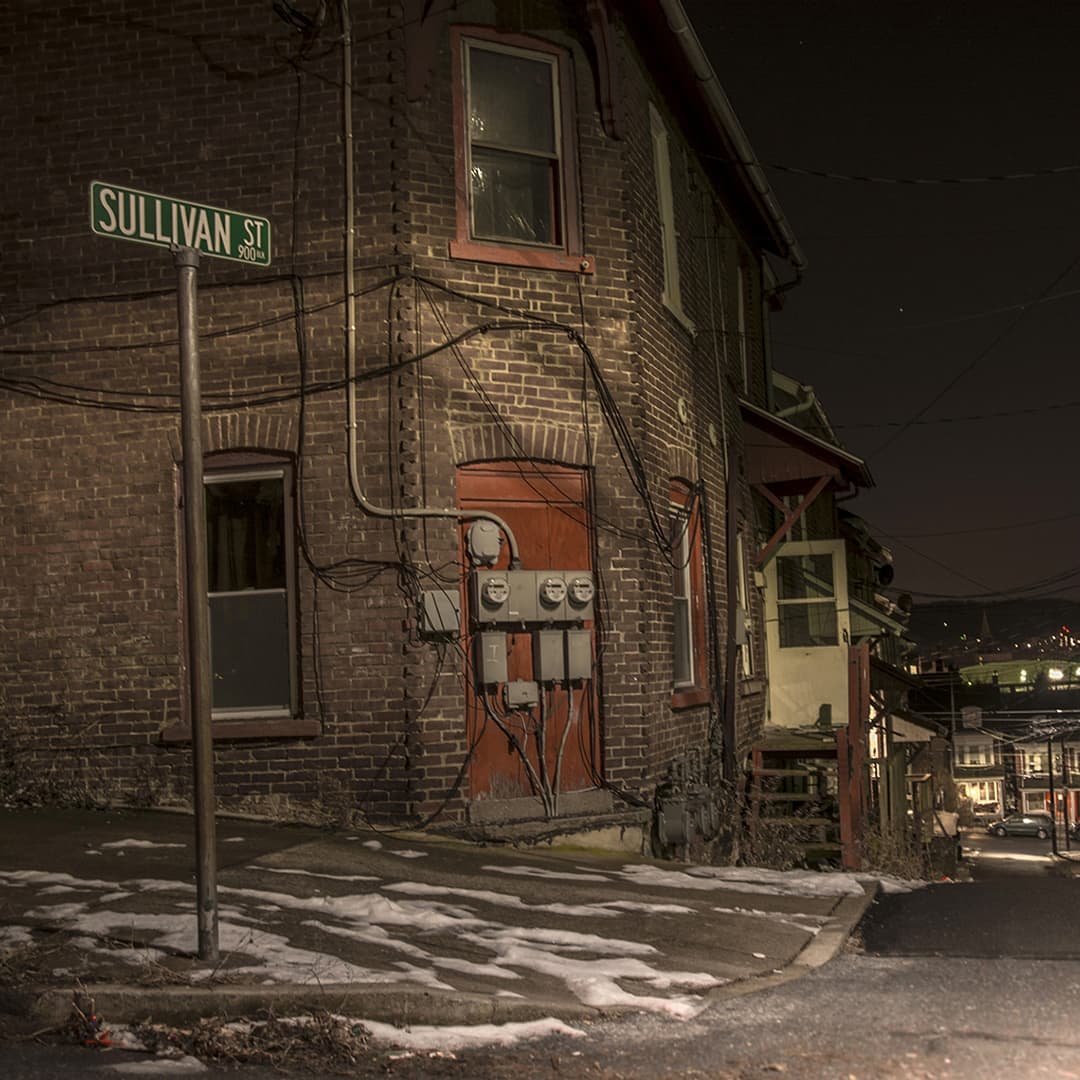 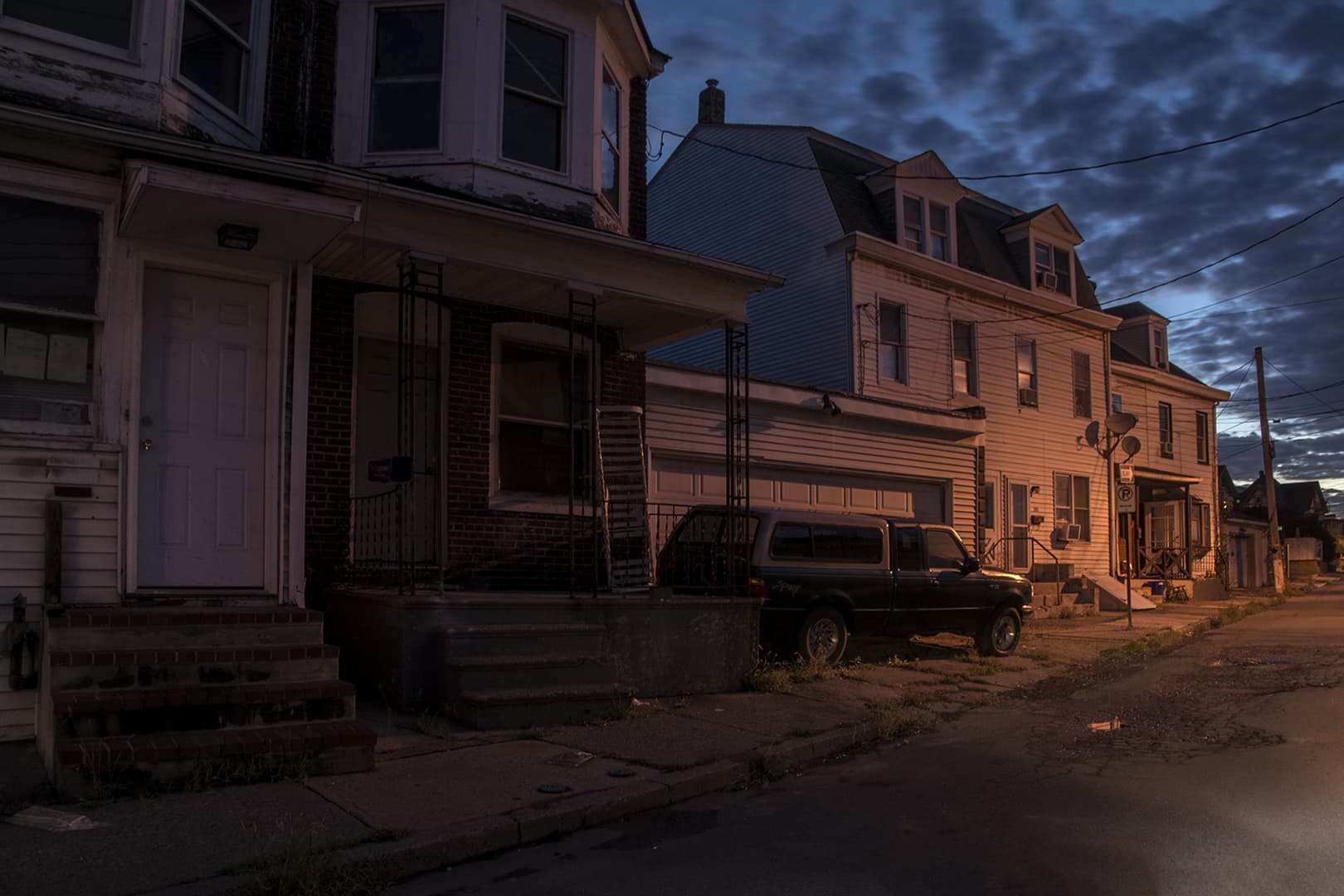 Easton Nights is a story which grew from the unique and uncommon valley in which the city lies, and is told with images of the unpeopled landscapes taken at night. Here, in the small hours, the world we see as mundane cascades into dream. Like a surreal scene from a Guilermo del Toro film: trash bins and Toyotas, stop signs and doorways; all become animated. They lean, they stretch, and emanate with umbrageous hues, which seem to exhale from the nights own personal color wheel. Scattered signs give words, marking our place in time, while the geometries show our relentless effort to organize our world in a box. These are our stages, with the houses our beehives, and the doors our portals. Complete they are a mimesis of our daily life, as can only be shown in the mystical emptiness of night. Then with the dawn, comes the beginning, where we all wake, then act; all while these magical and romantic worlds return to sleep.

The Lehigh Valley, where Easton sits, has a population of almost one million people. Despite this, there is no downtown. Instead, it is a sea of over 150 cities, towns and different populated areas. There is not one Main Street, but instead many, and countless intricate microcosms and varied nationalities. Its history starts before the creation of this country and has gone through many highs and lows, being the home to many industries, and important personalities; and still, it is vibrant and growing. It is not a bedroom community for a larger place, but has its own personality, serving as a living museum of small town America.