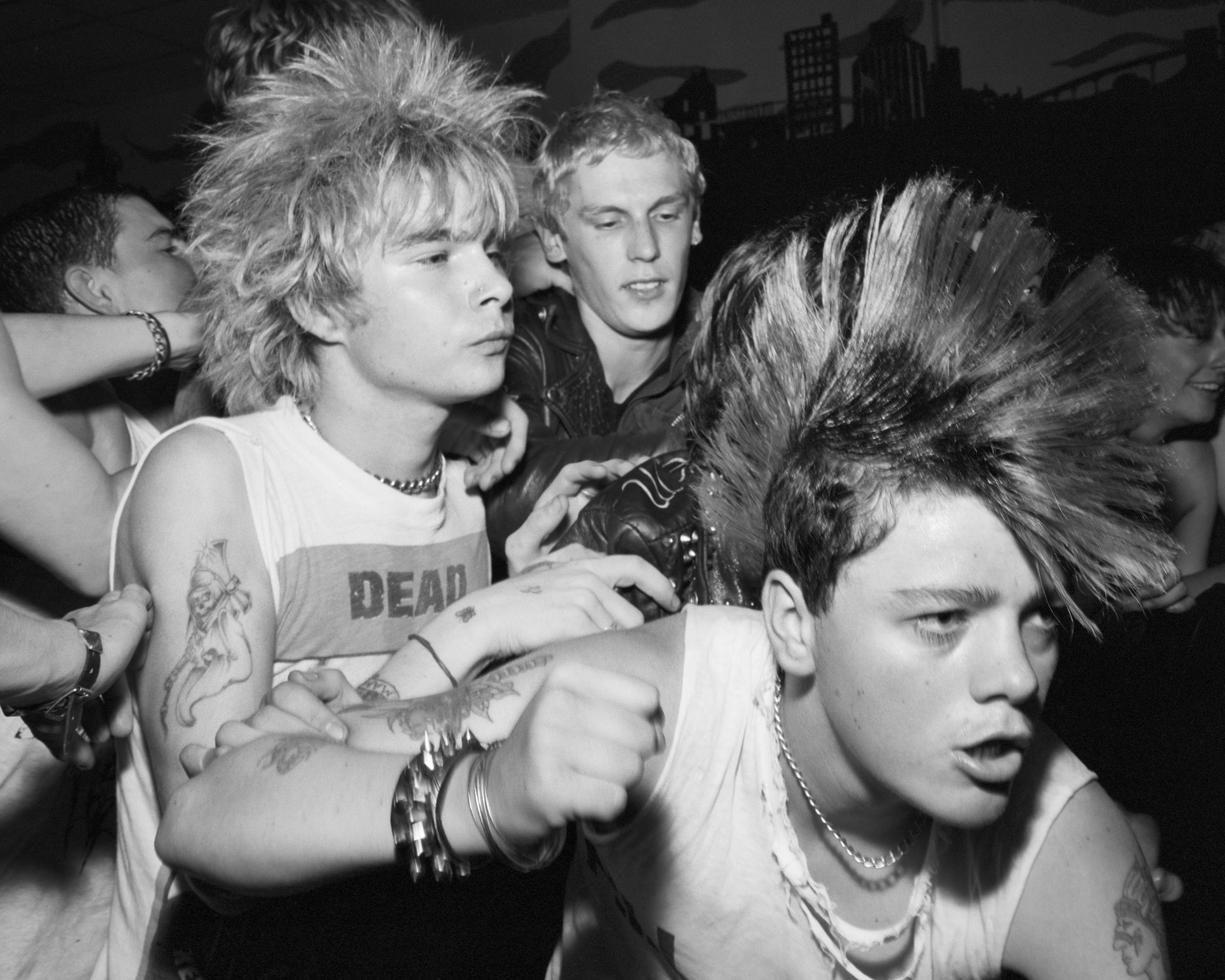 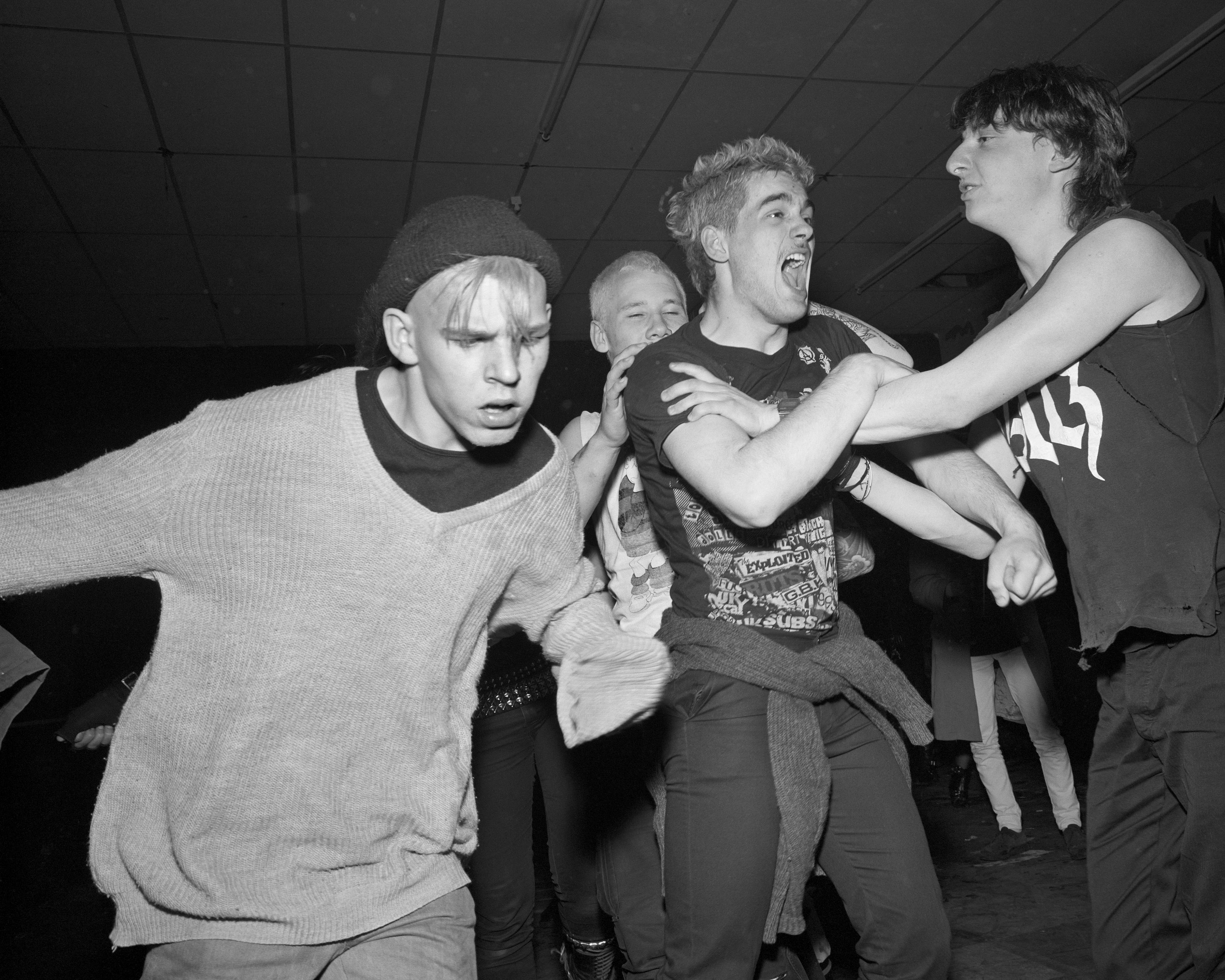 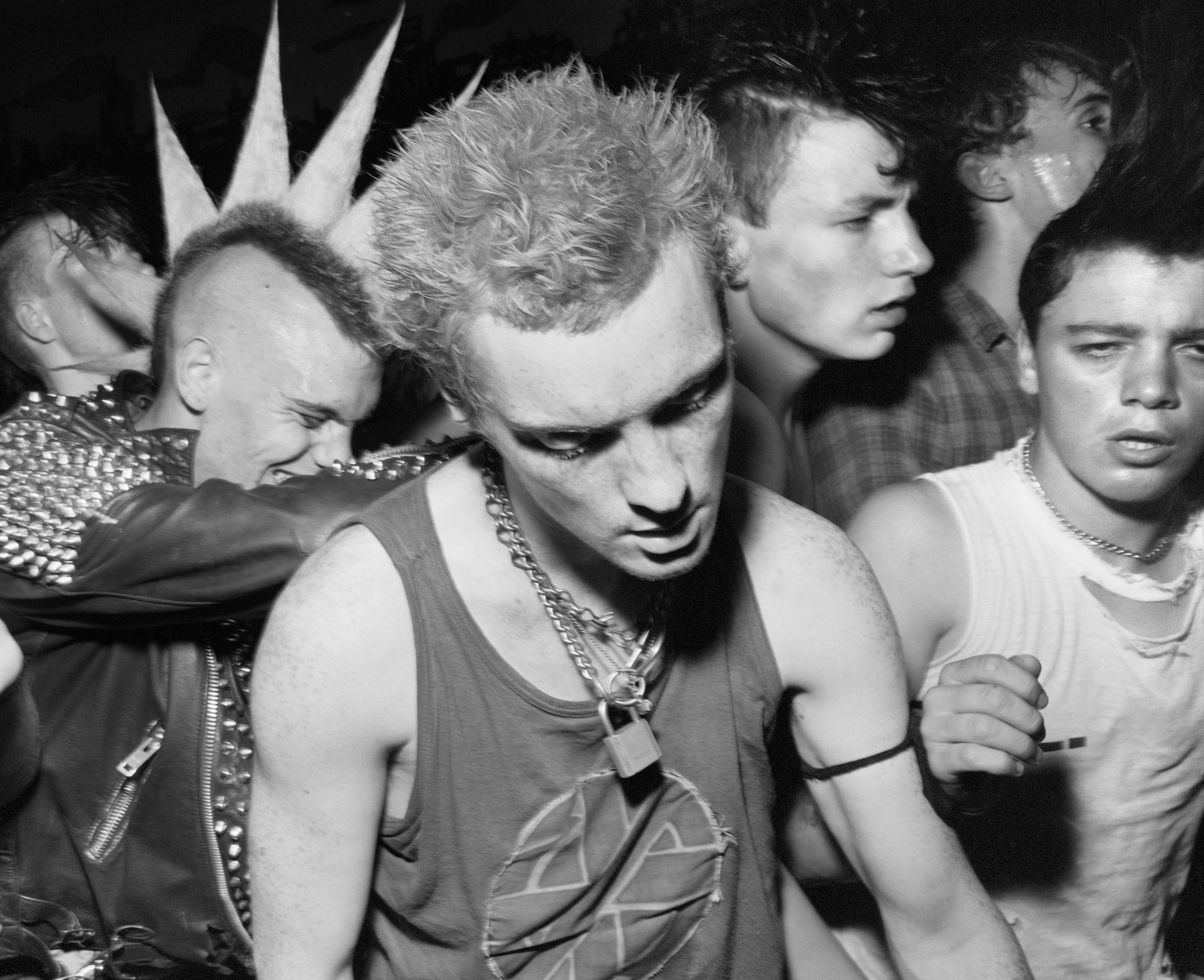 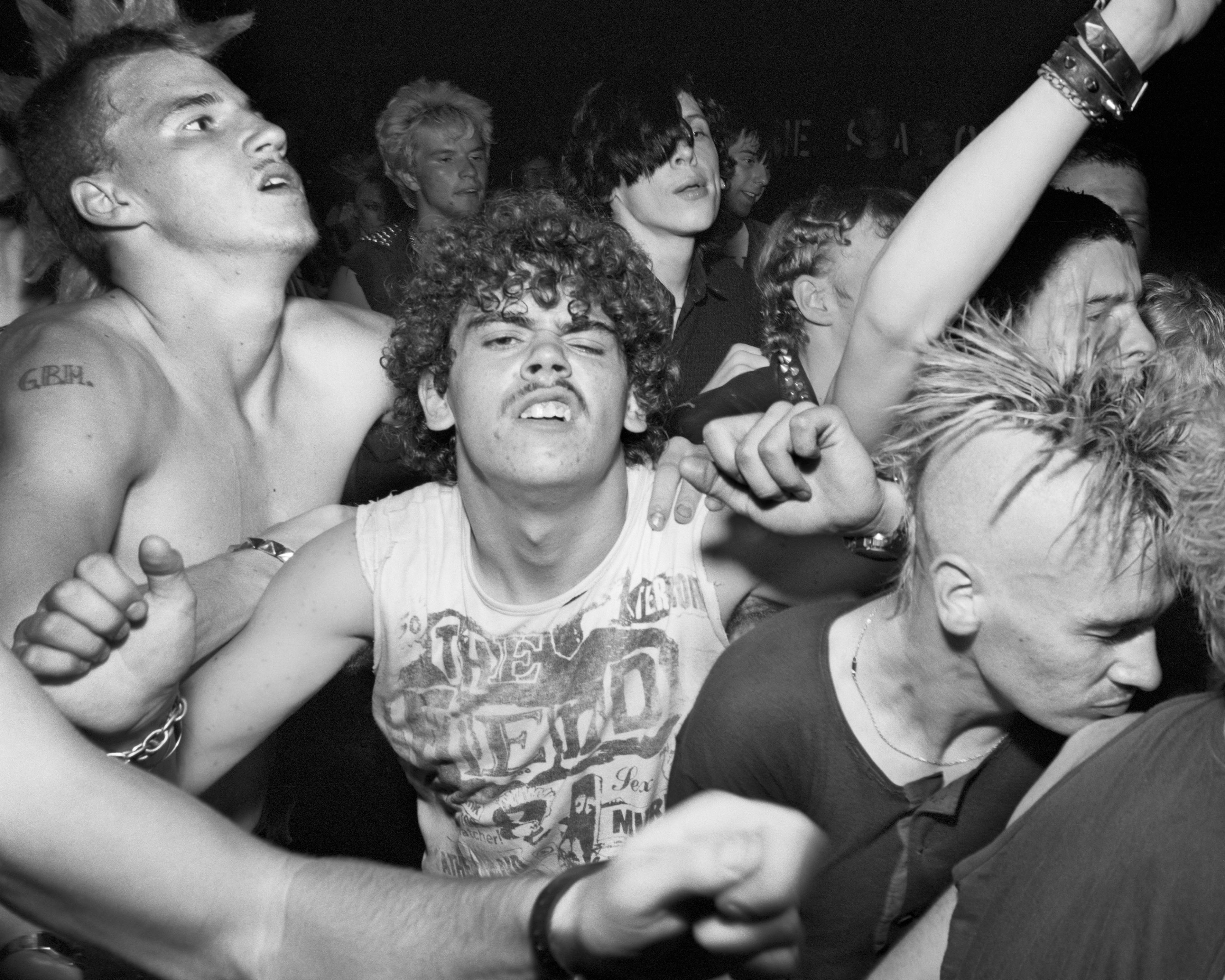 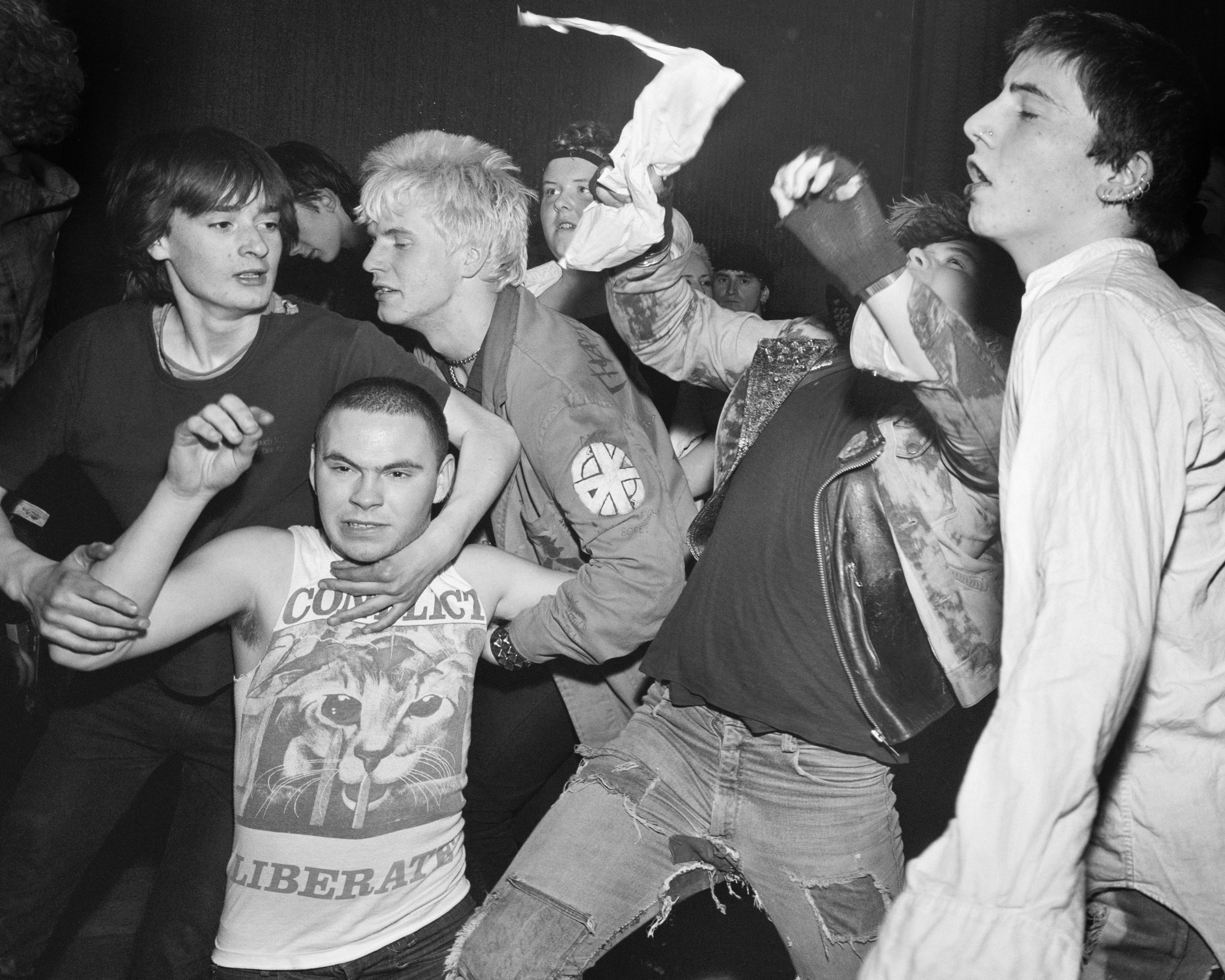 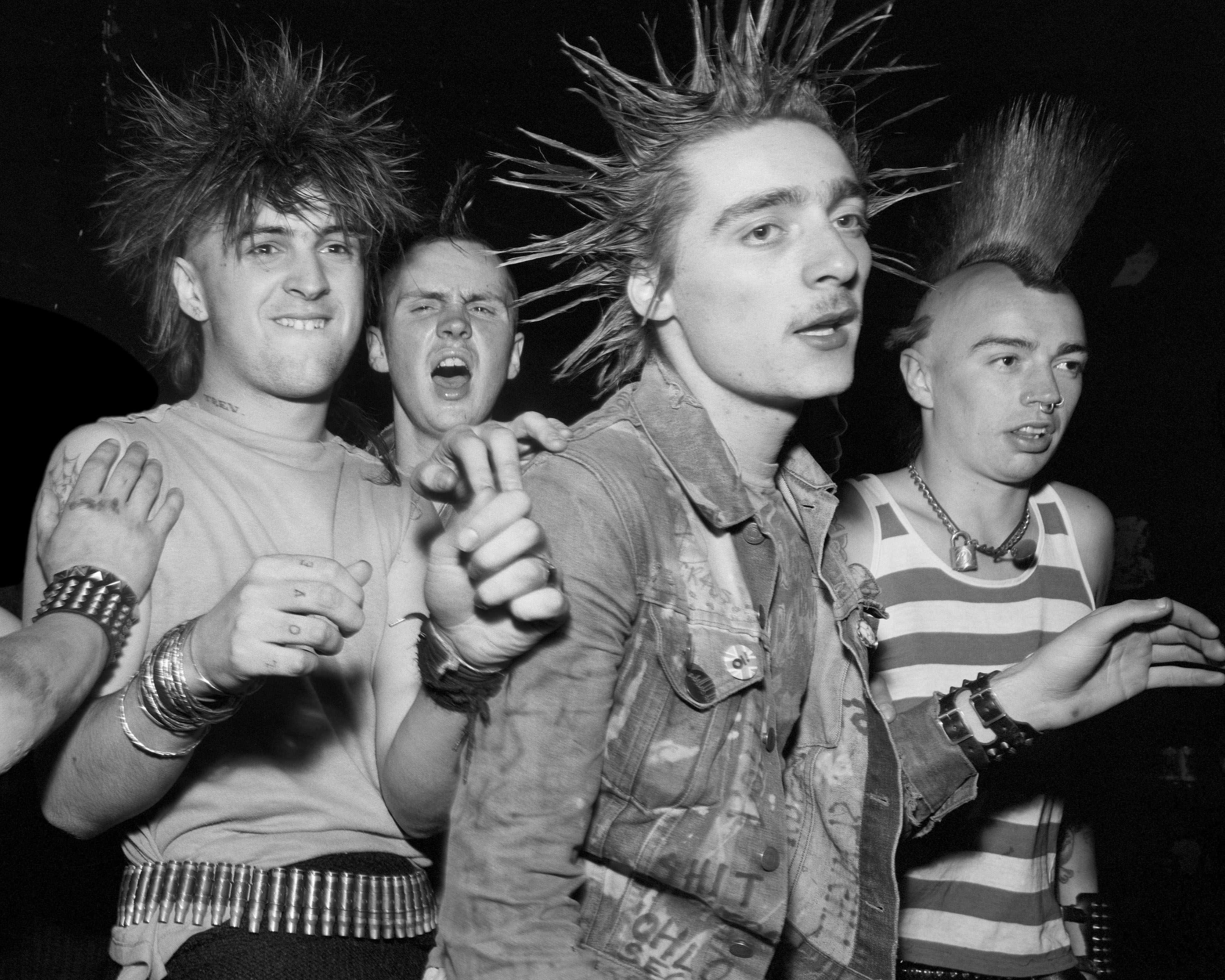 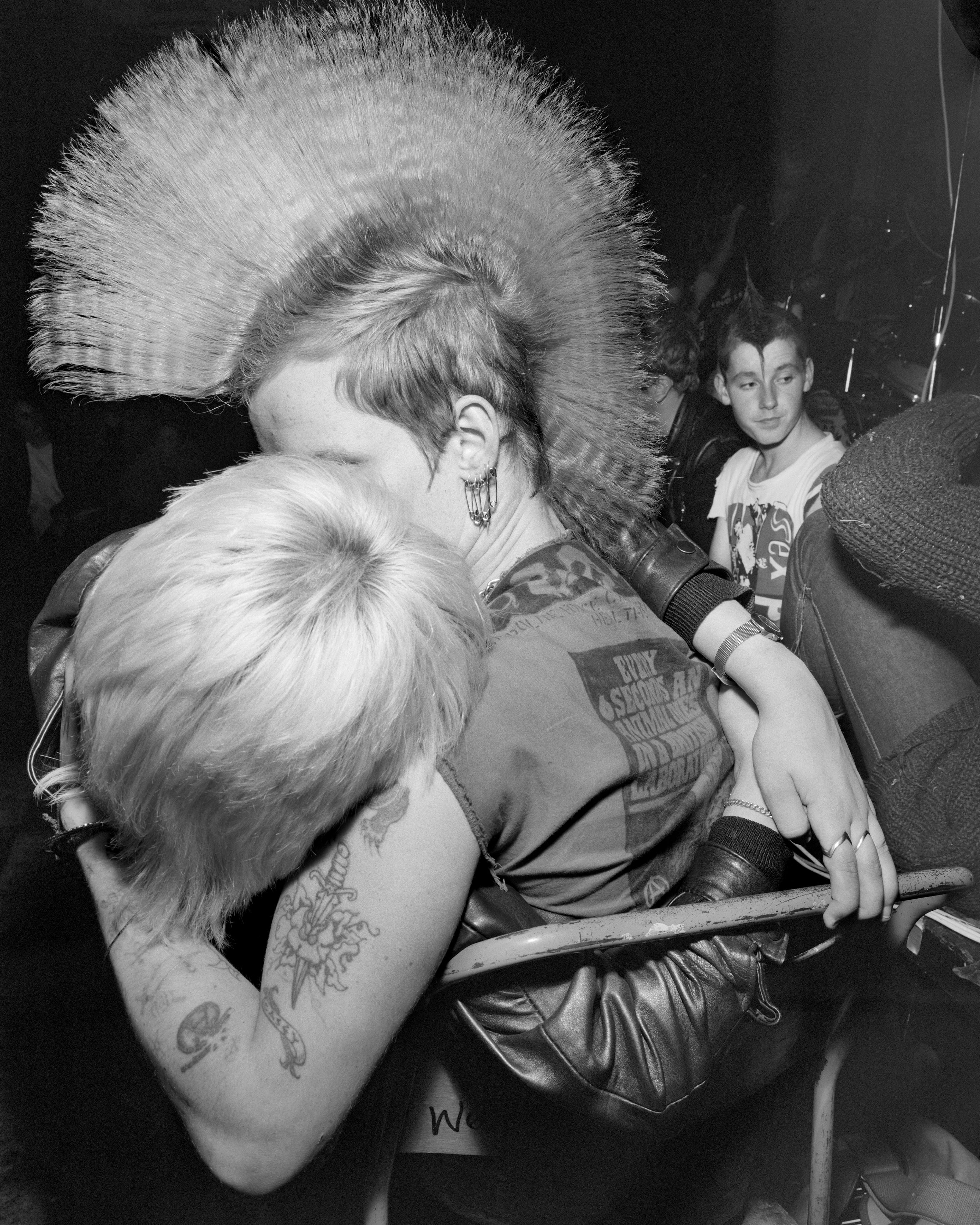 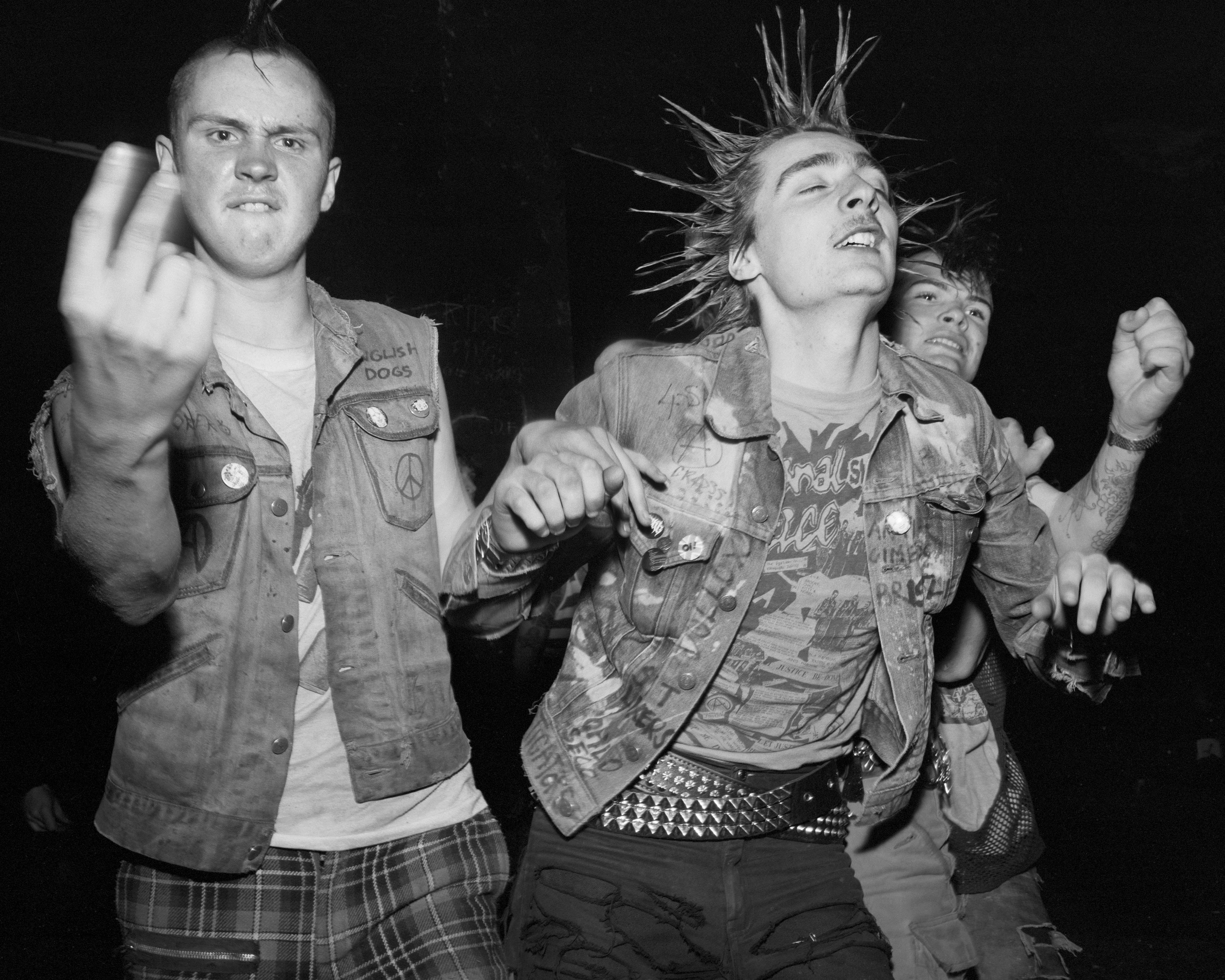 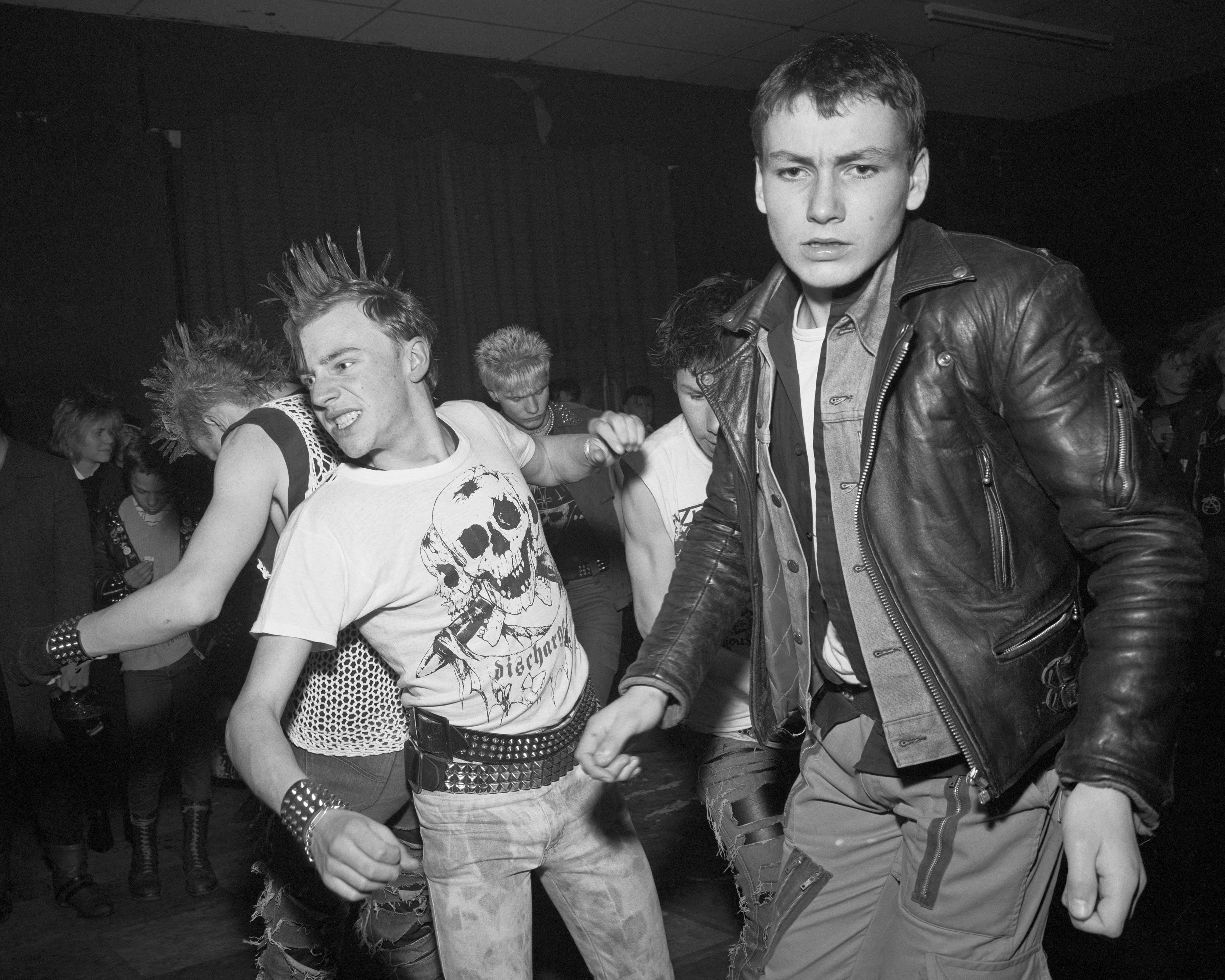 Late in 2016 Chris Killip's son serendipitously discovered a box of contact sheets of the photos his father had made at The Station, an anarcho-punk music venue in Gateshead open from 1981 to 1985. These images of raw youth caught in the heat of celebration had lain dormant for 30 years; they now return to life in this book. The Station was not merely a music and rehearsal space, but a crucible for the self-expression of the sub-cultures and punk politics of the time. As Killip recollects: "When I first went to The Station in April 1985, I was amazed by the energy and feel of the place. It was totally different, run for and by the people who went there. Every Saturday that I could, I photographed there. Nobody ever asked me where I was from or even who I was. A 39-year-old with cropped white hair, always wearing a suit, with pockets stitched inside the jacket to hold my slides. With a 4 × 5 camera around my neck and a Norman flash and its battery around my waist, I must have looked like something out of a 1950s B movie. 1985 was just after the miners strike and there was a lot of youth unemployment. Most of the punks at The Station didn't have a job, and this place, run as a very inclusive collective, was so important to them and their self-worth."