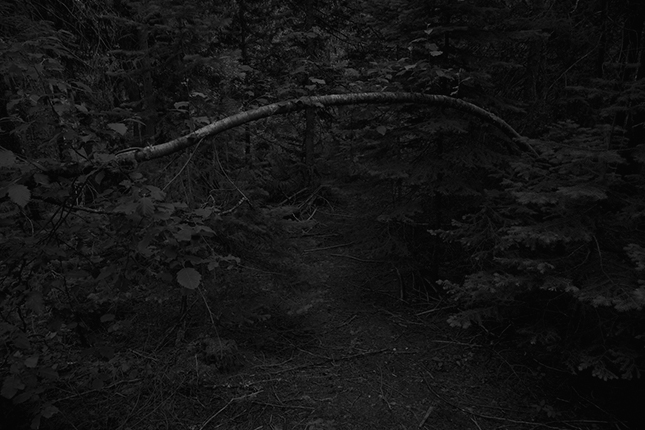 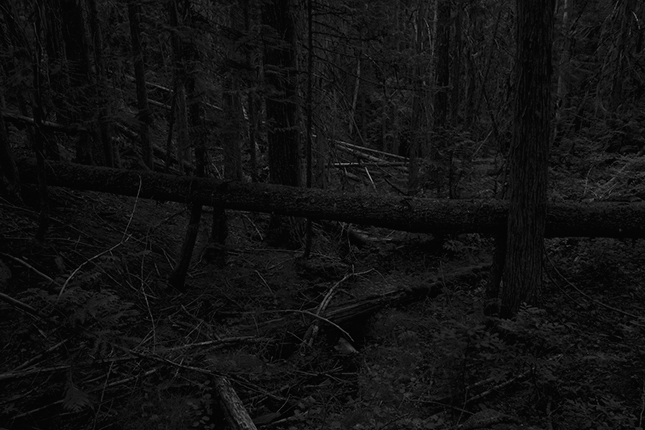 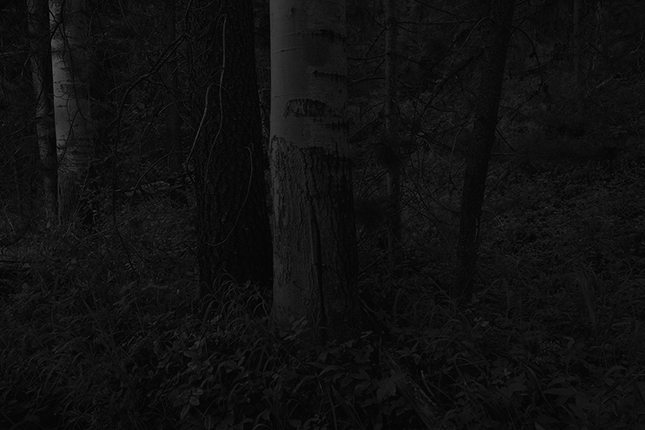 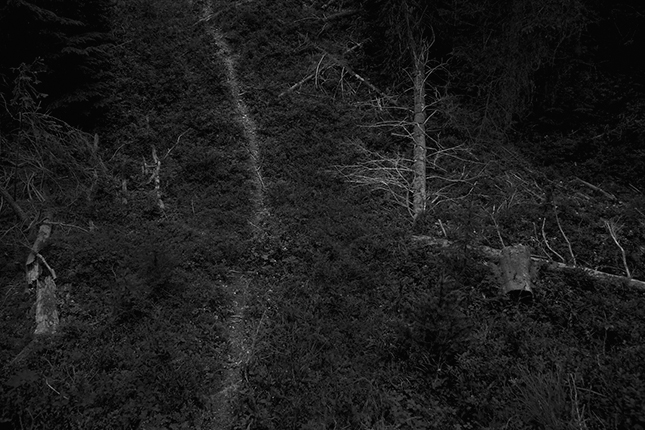 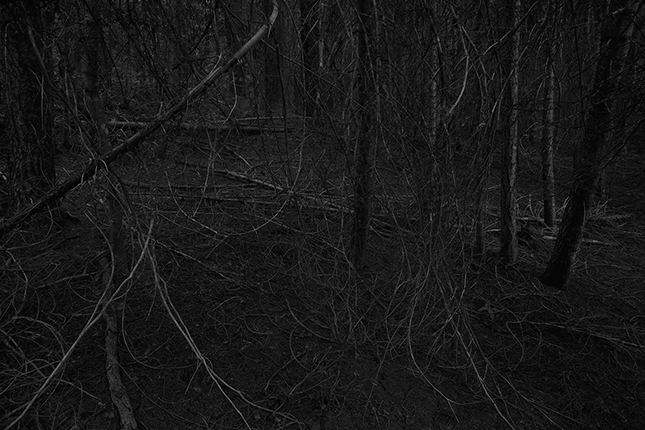 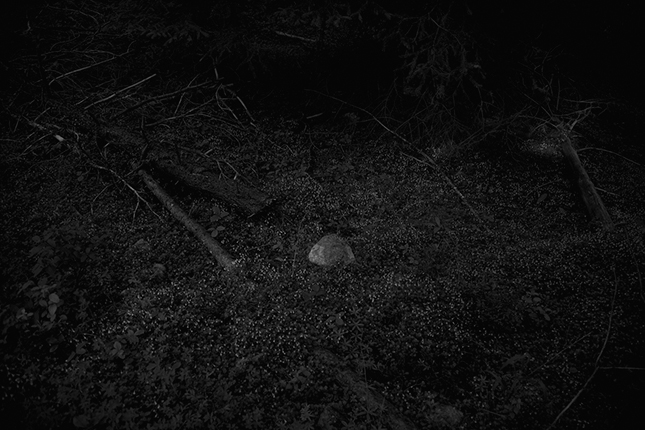 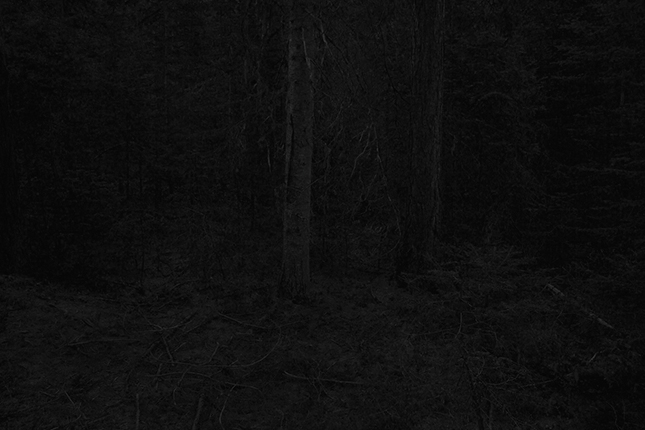 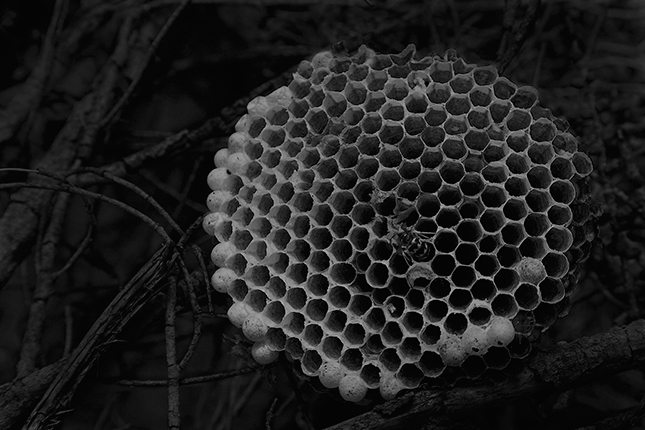 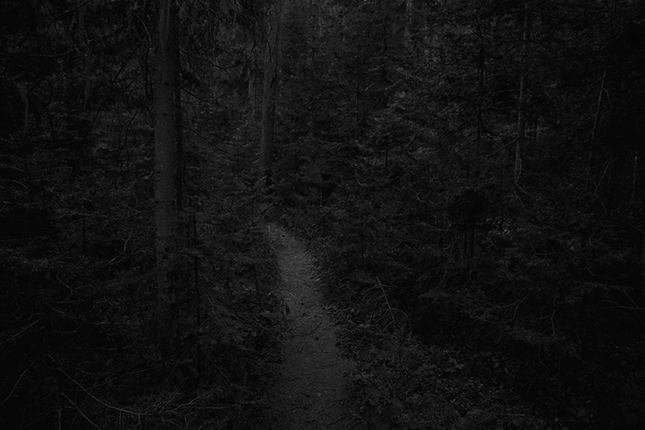 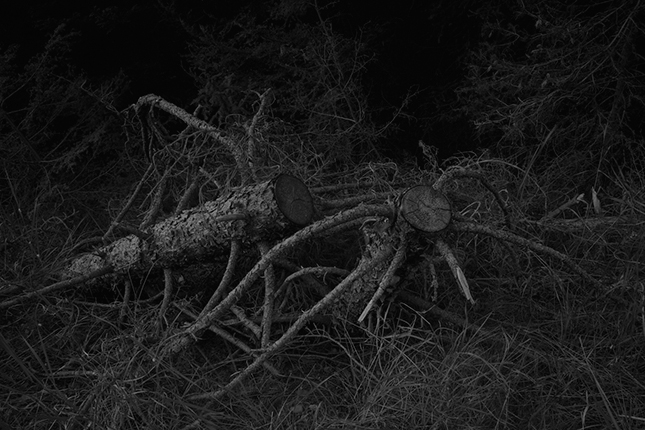 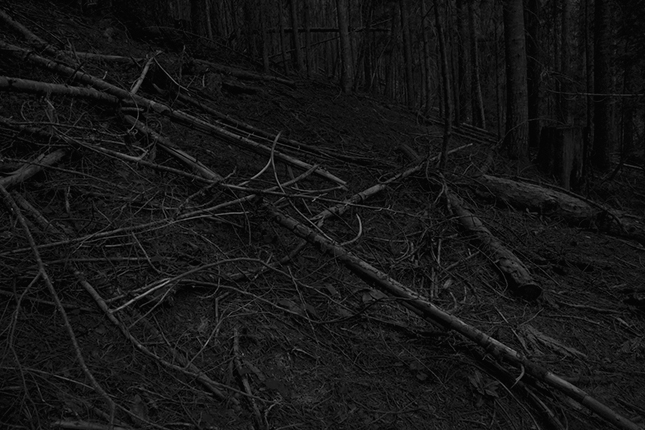 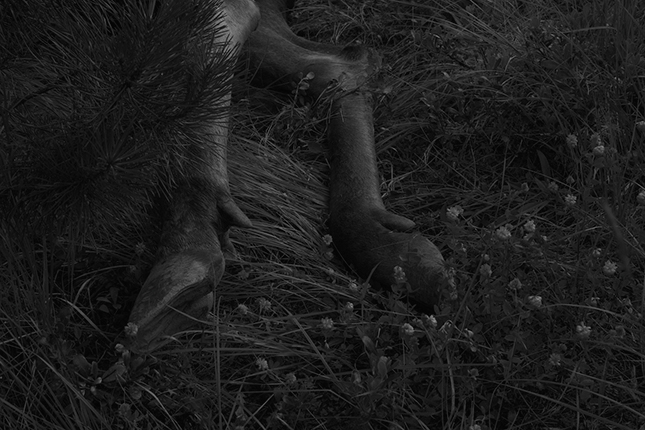 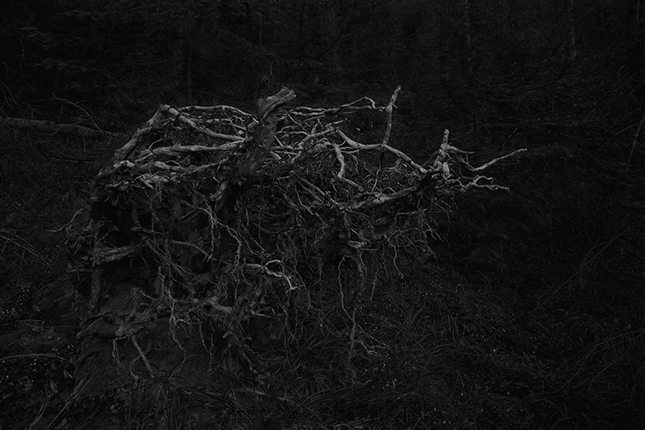 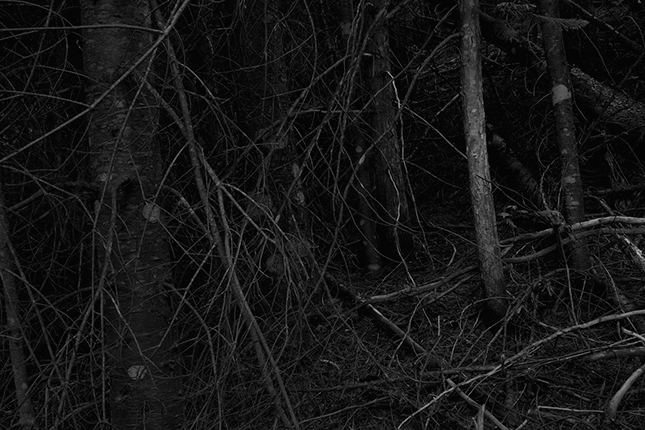 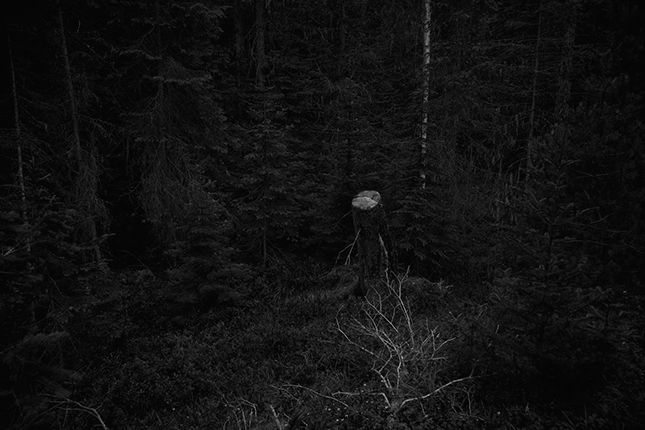 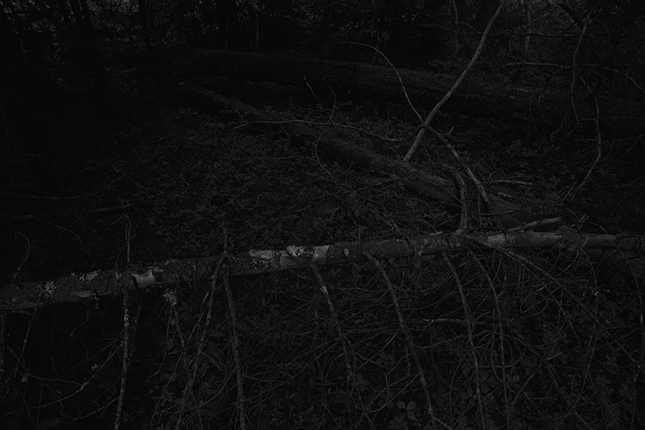 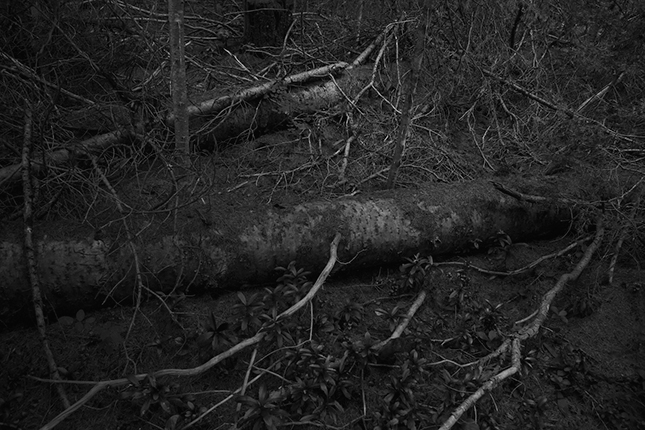 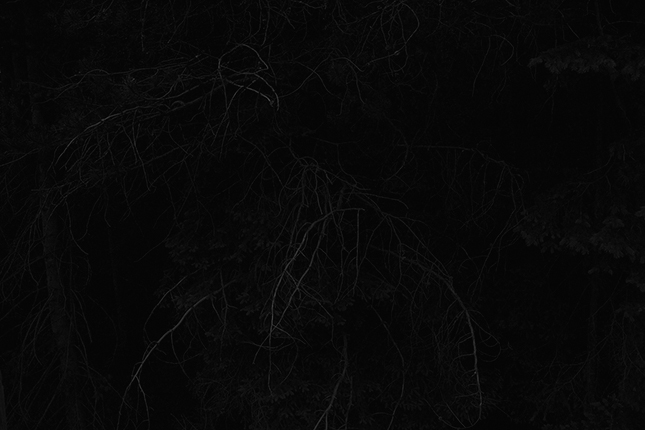 The Forest is probably the most complicated and personal series I’ve undertaken. I have spent the past three years photographing for this series, from 2011 through 2013. All of the imagery has been photographed in the Selkirk Mountains, in NE Washington State. I have a cabin in the Colville National Forest, and have spent nearly every summer of my life there. There is no place on earth that I have a greater affinity with.

As beautiful a place as it is, however, there is a very palpable sense of mystery and darkness. I believe that there is a very strong presence in this forest, a force that is hard to define but is experienced viscerally. On the periphery, the landscape appears pristine, and seemingly ordered. But upon hiking further in one realizes that there is more of a state of entropy. Fallen trees and jagged branches litter the forest floor. Majestic pines give way to a more gnarled mass of decayed and fallen trees, dense thickets of overgrowth, and clusters of anthropomorphic trees.

While The Forest is a series of landscapes made in a specific locale, the core essence of the work is neither about landscape nor the region depicted in the photographs. The landscapes function metaphorically for internal physical and psychological states. What began as an exploration of a land I was intimately familiar with ultimately came to reflect upon elements of my very being that I was less attuned to. The work is quite dark and densely layered, visually as well as in content. The images are interwoven with thoughts on mortality, discovery, loss and renewal.