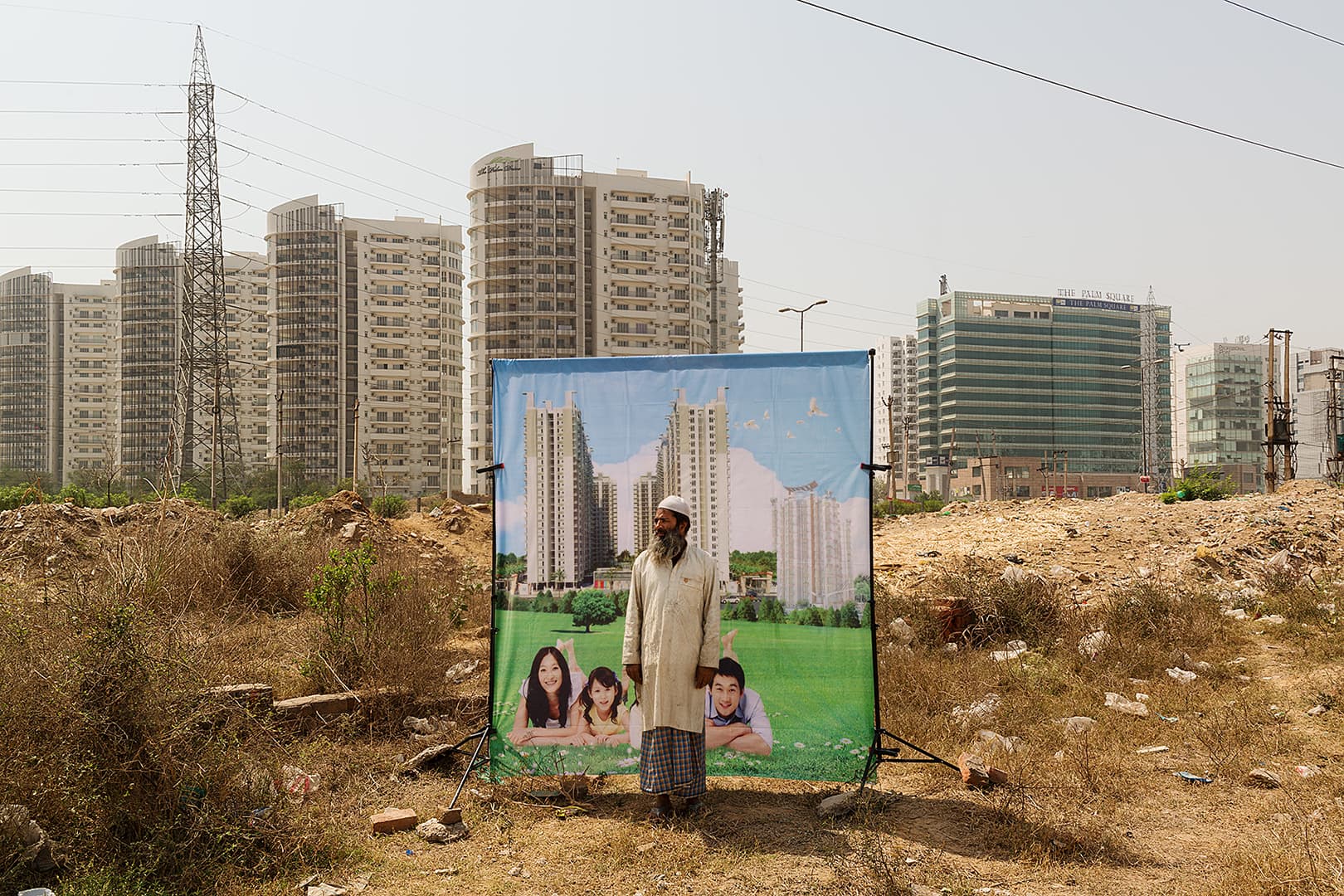 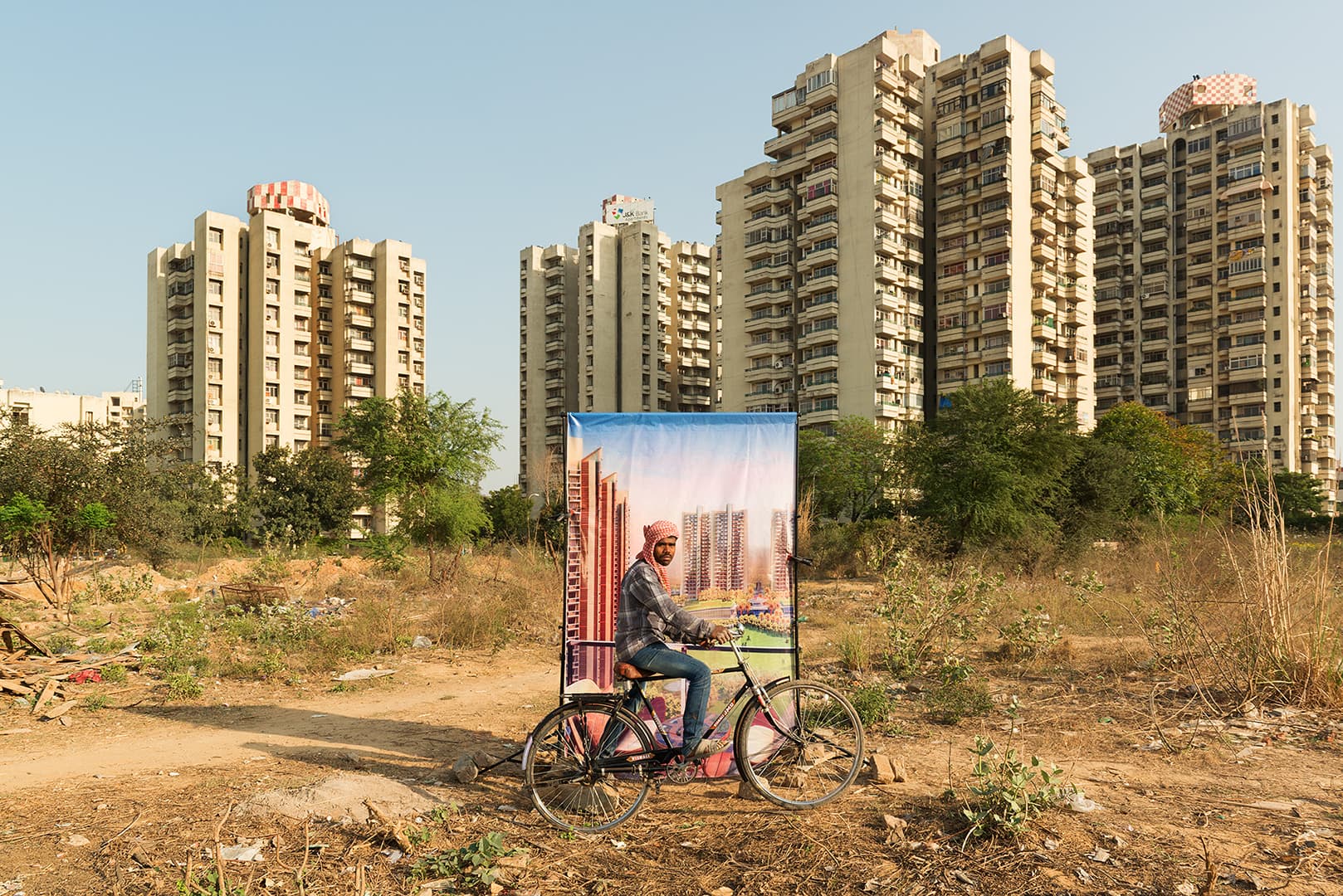 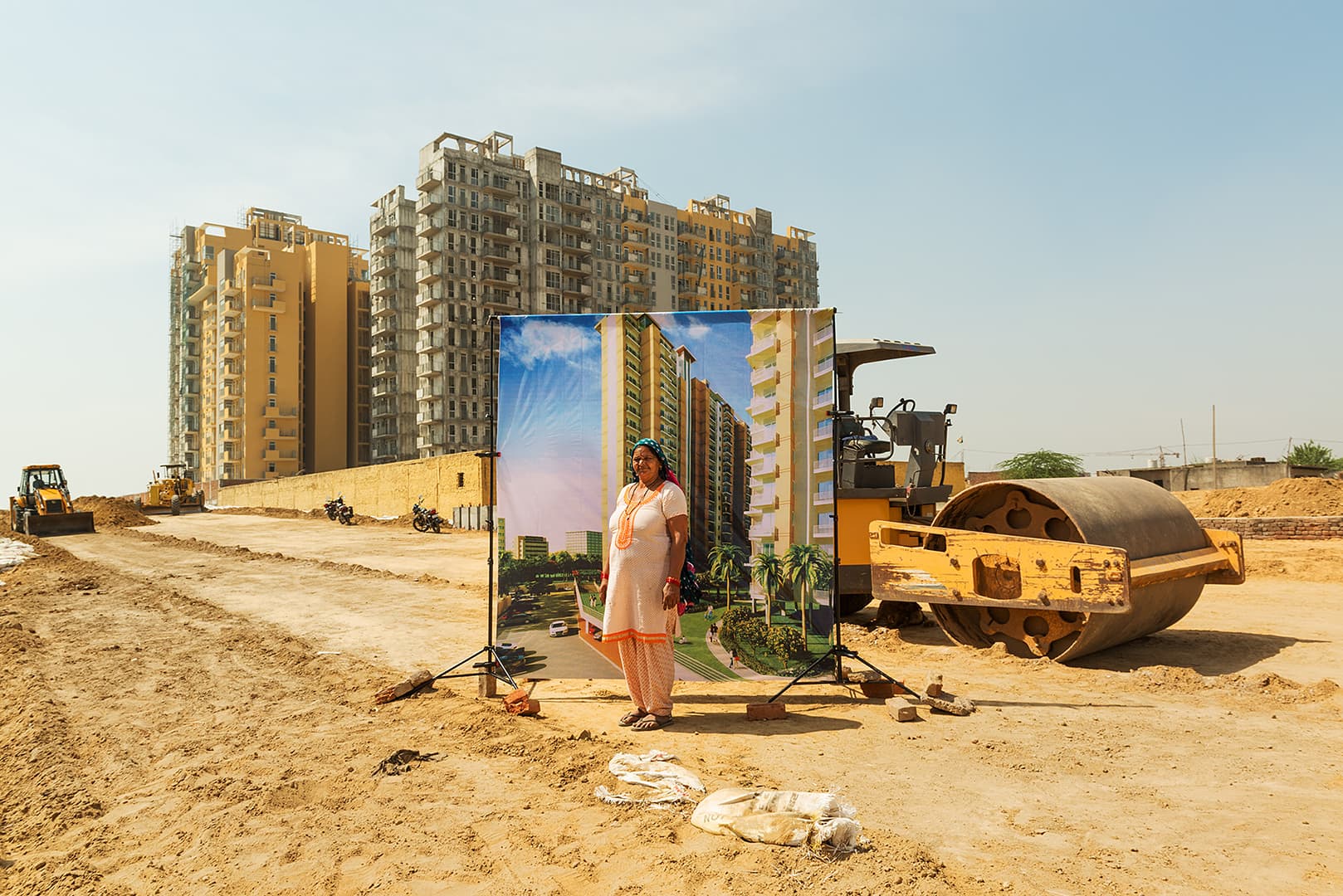 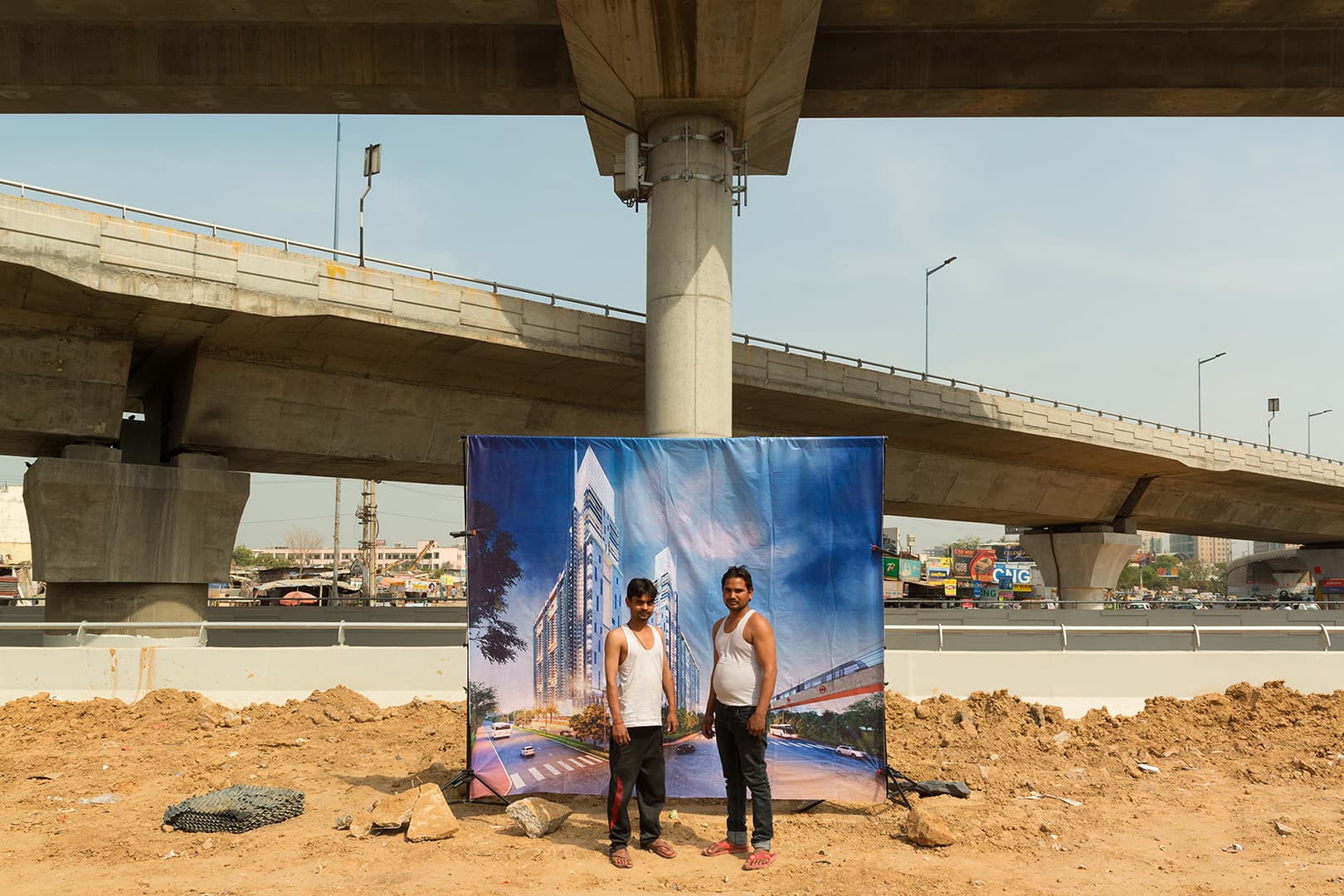 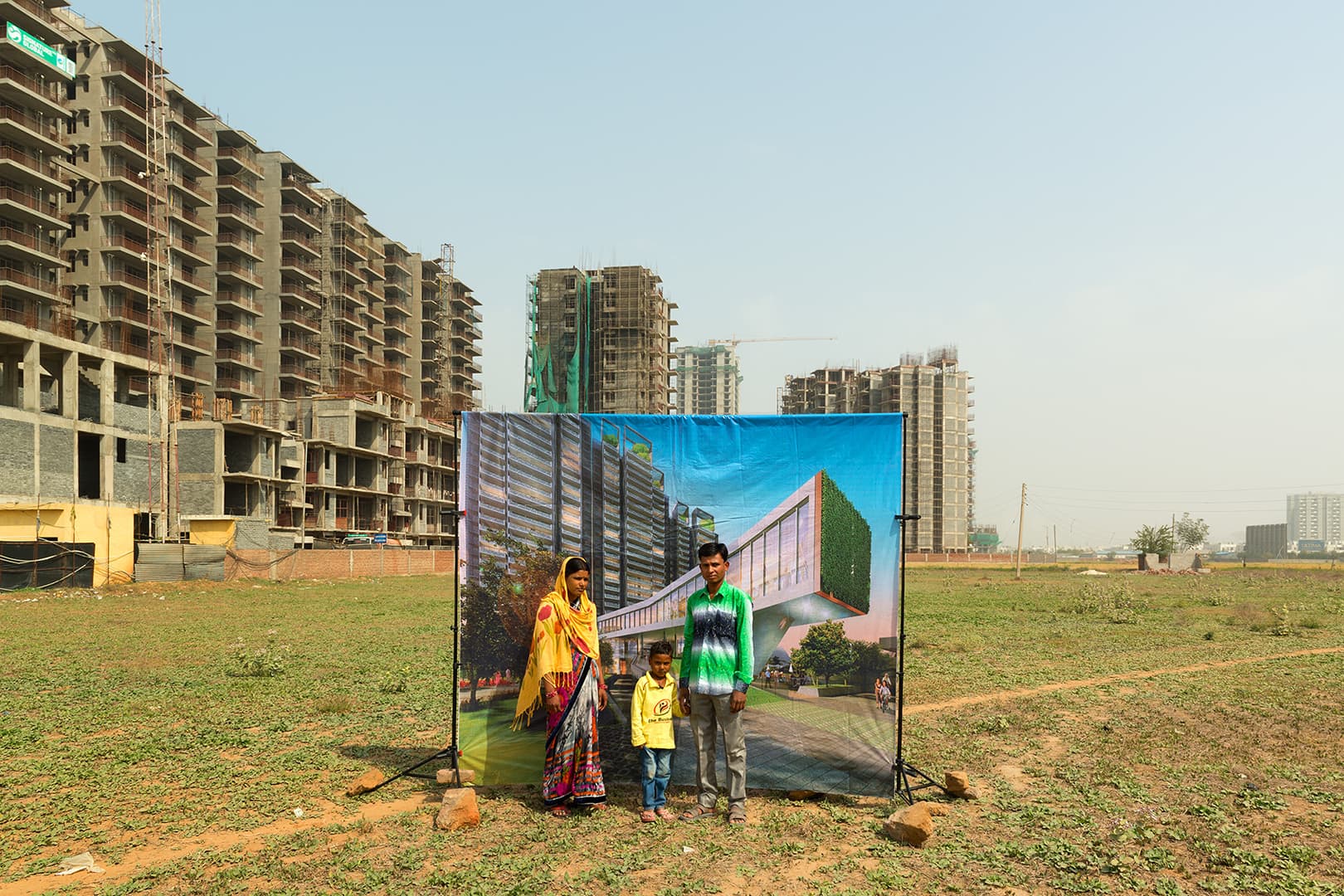 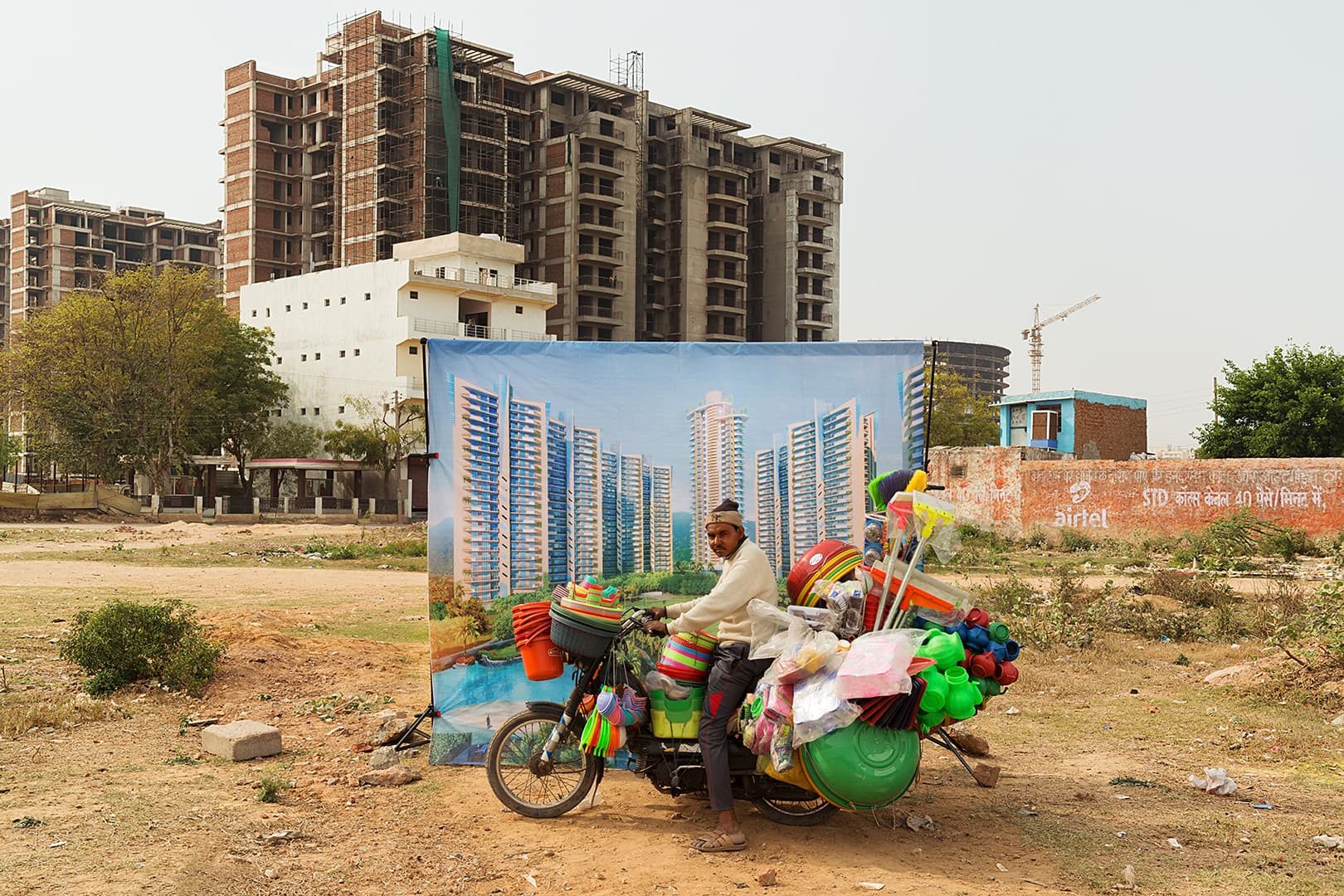 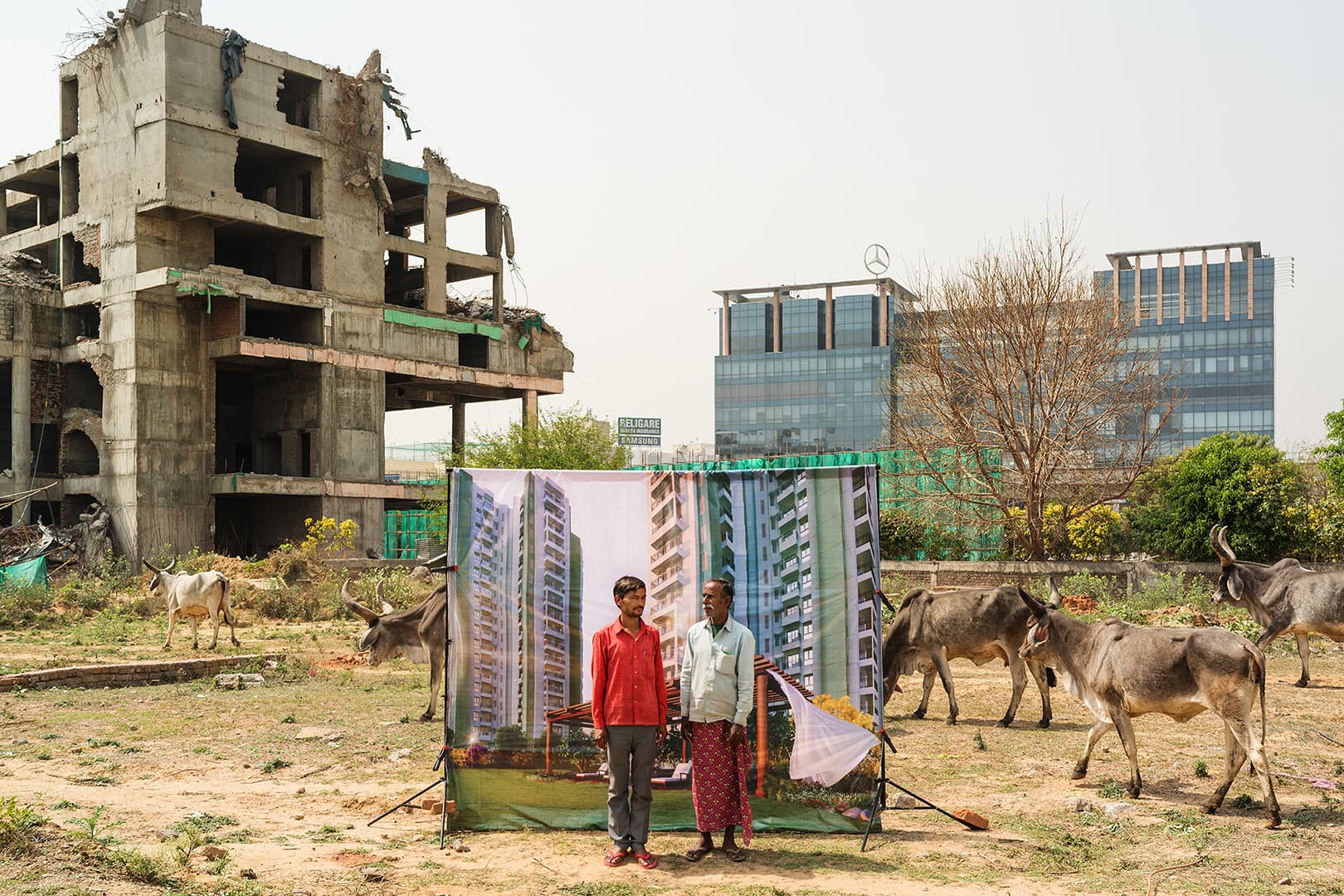 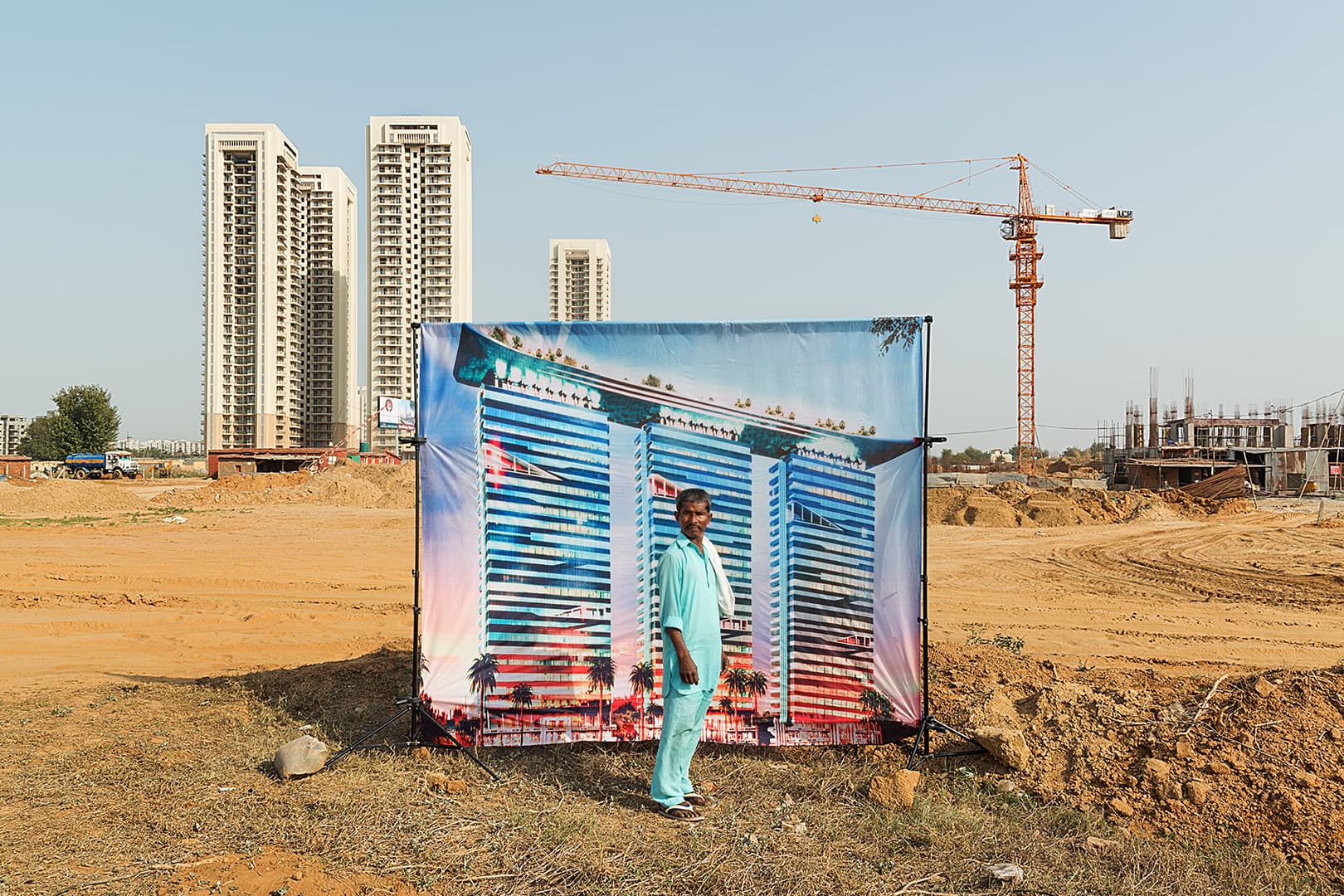 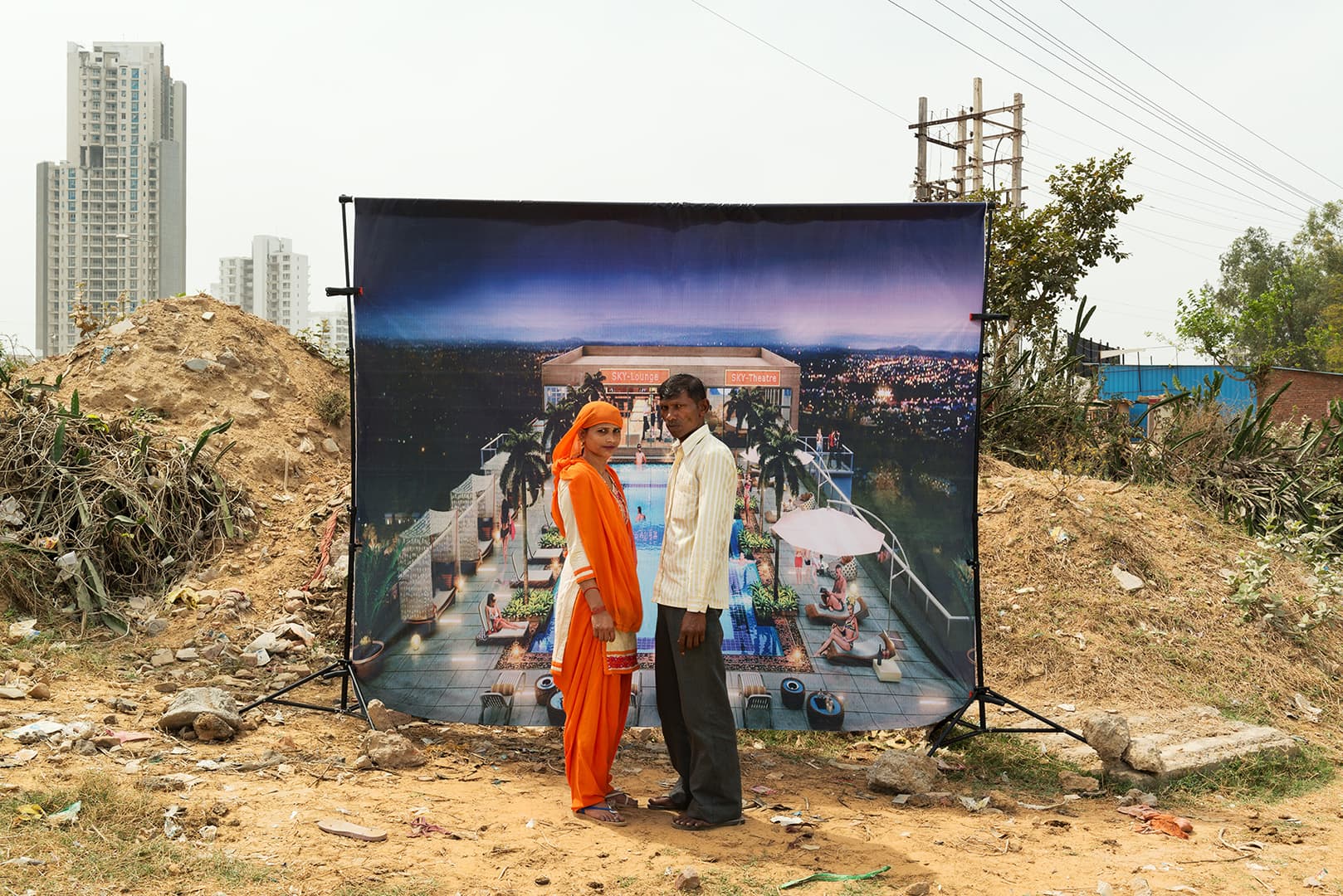 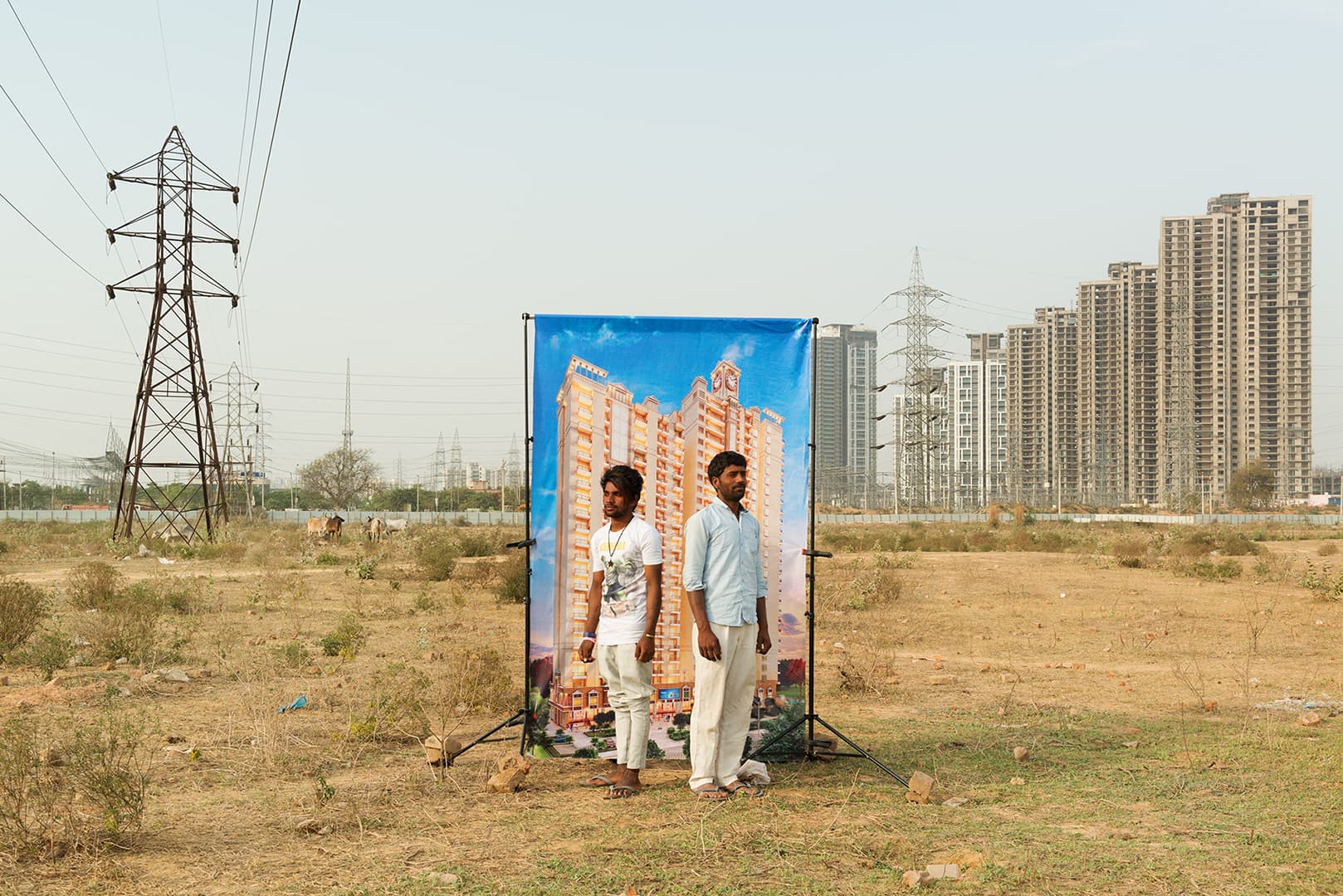 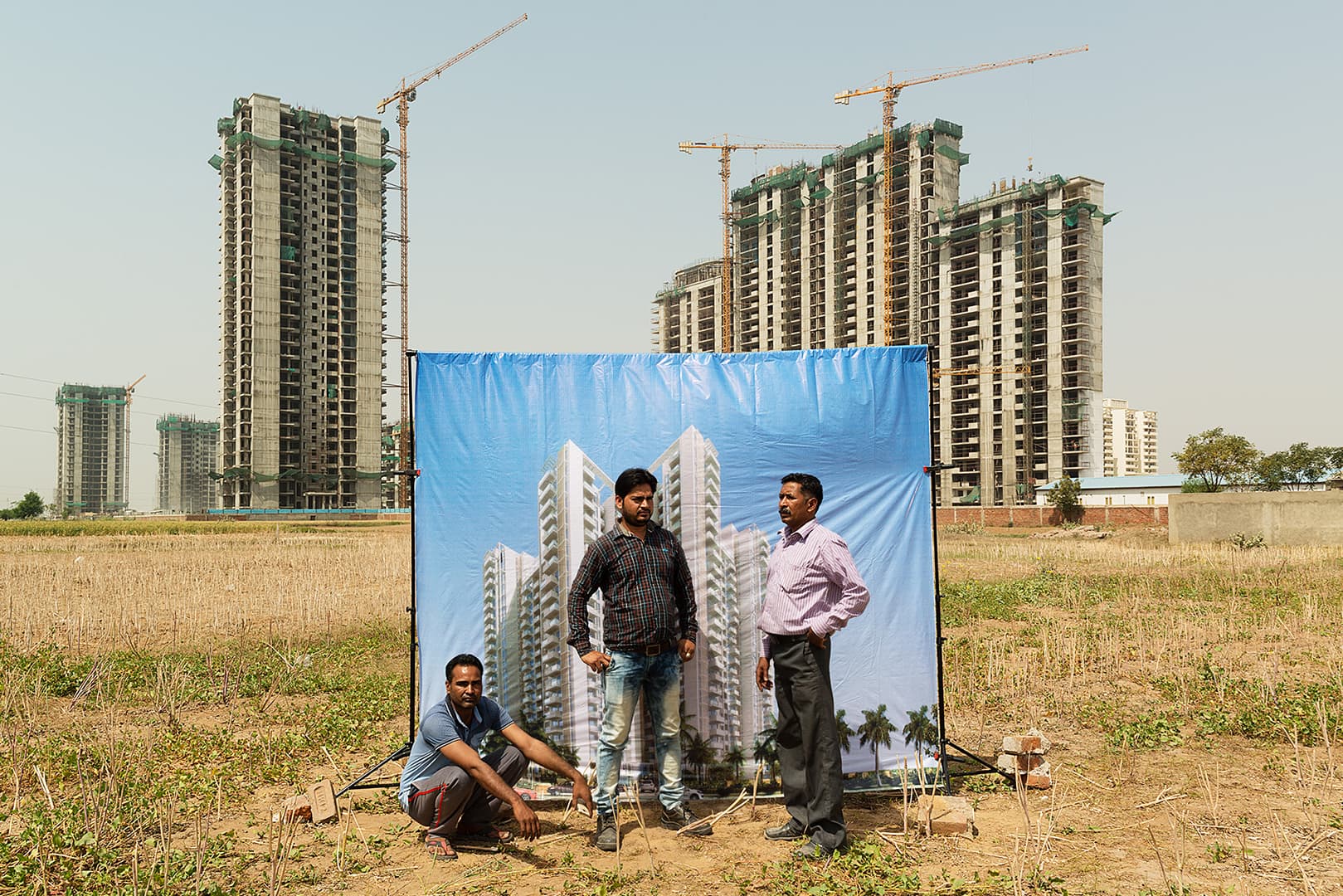 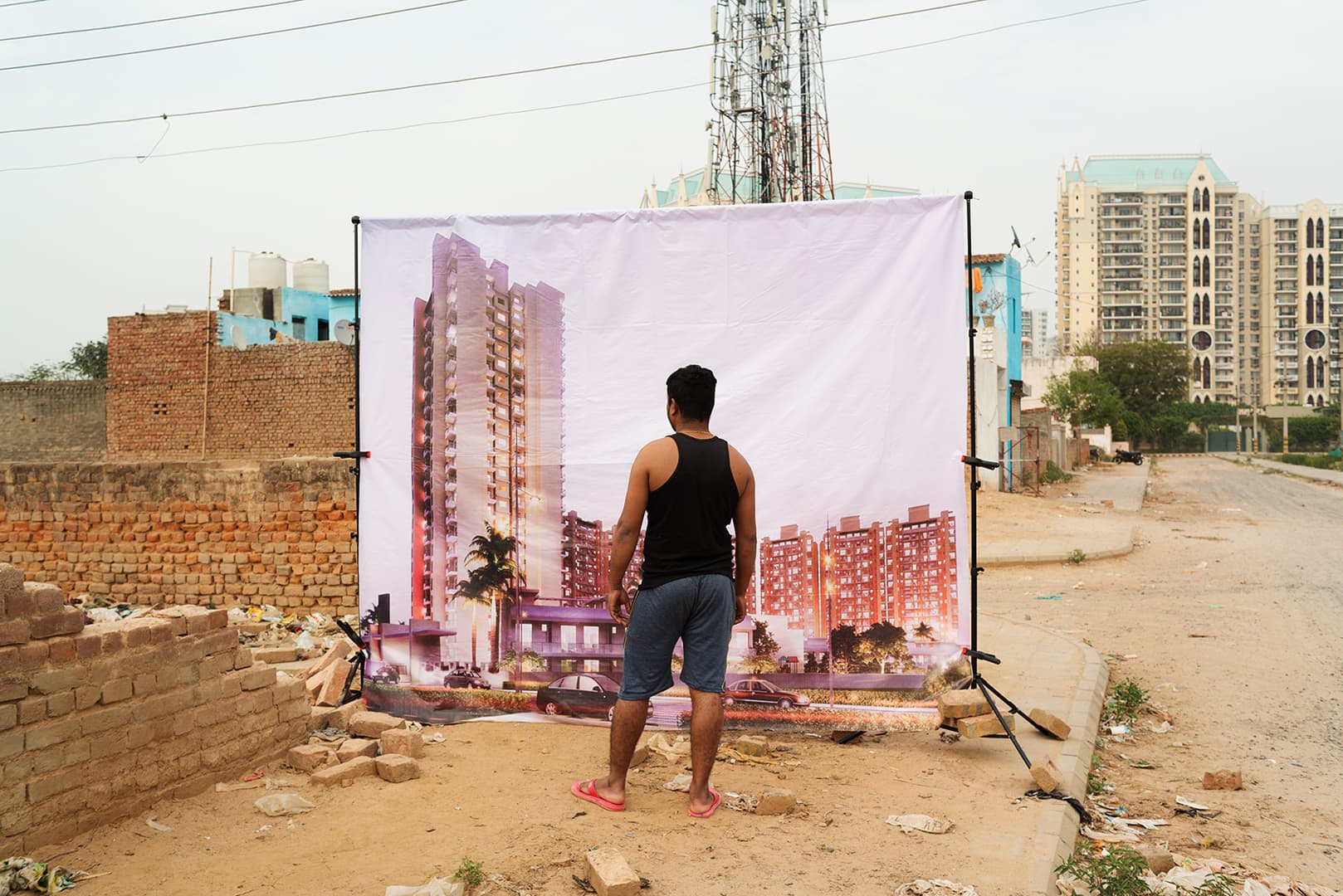 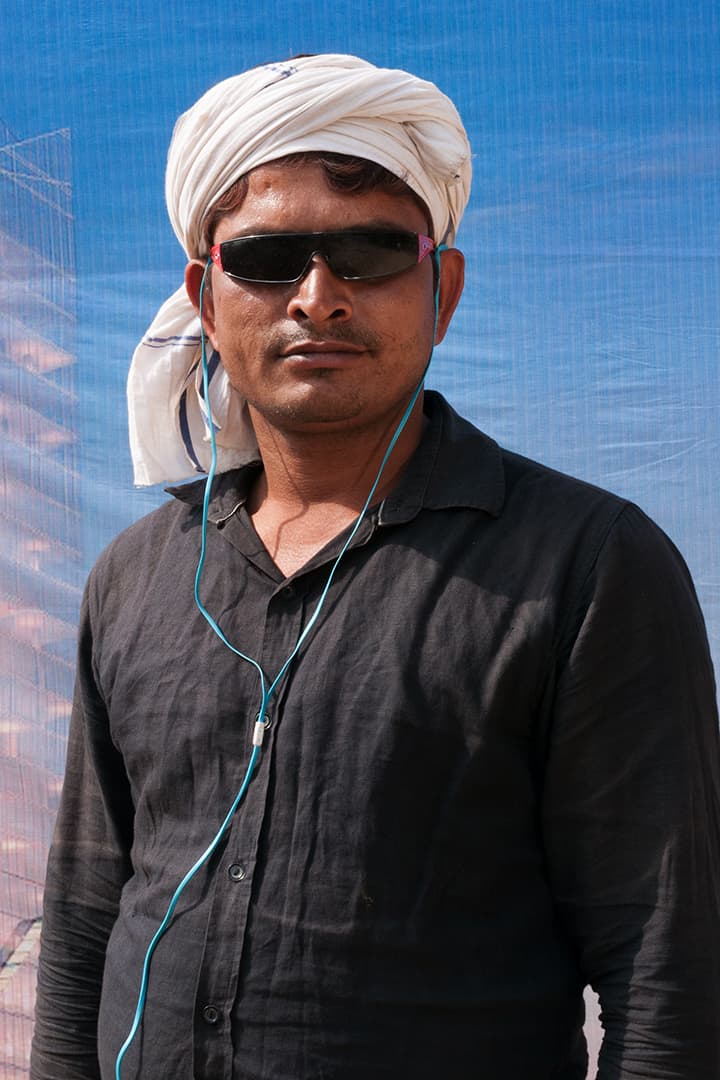 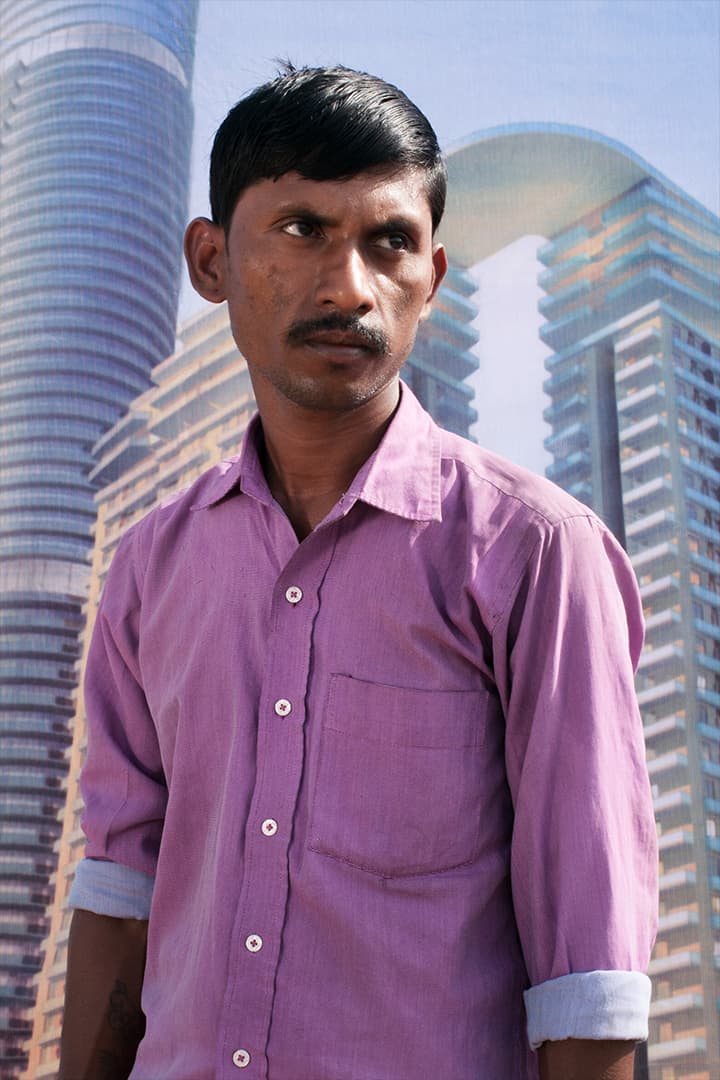 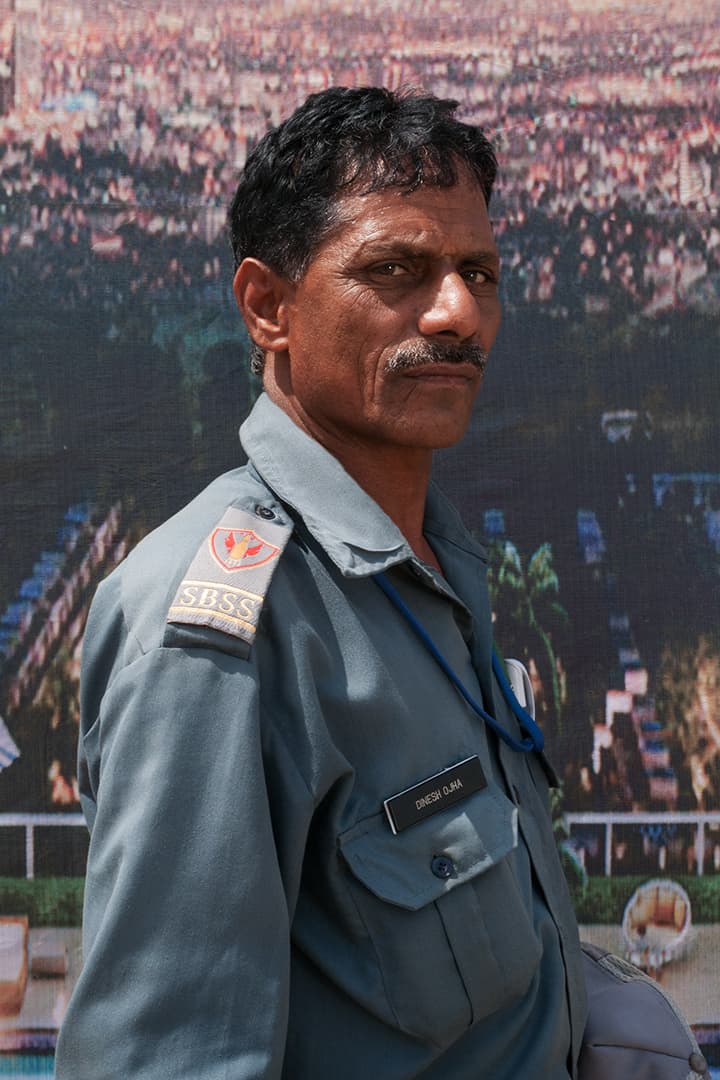 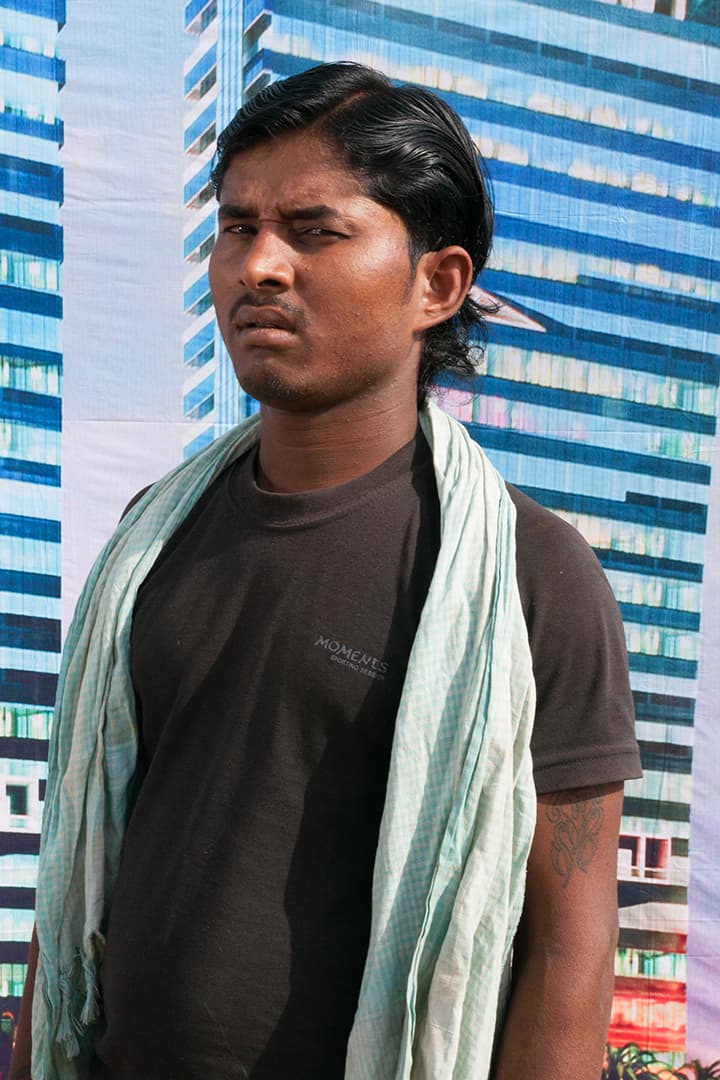 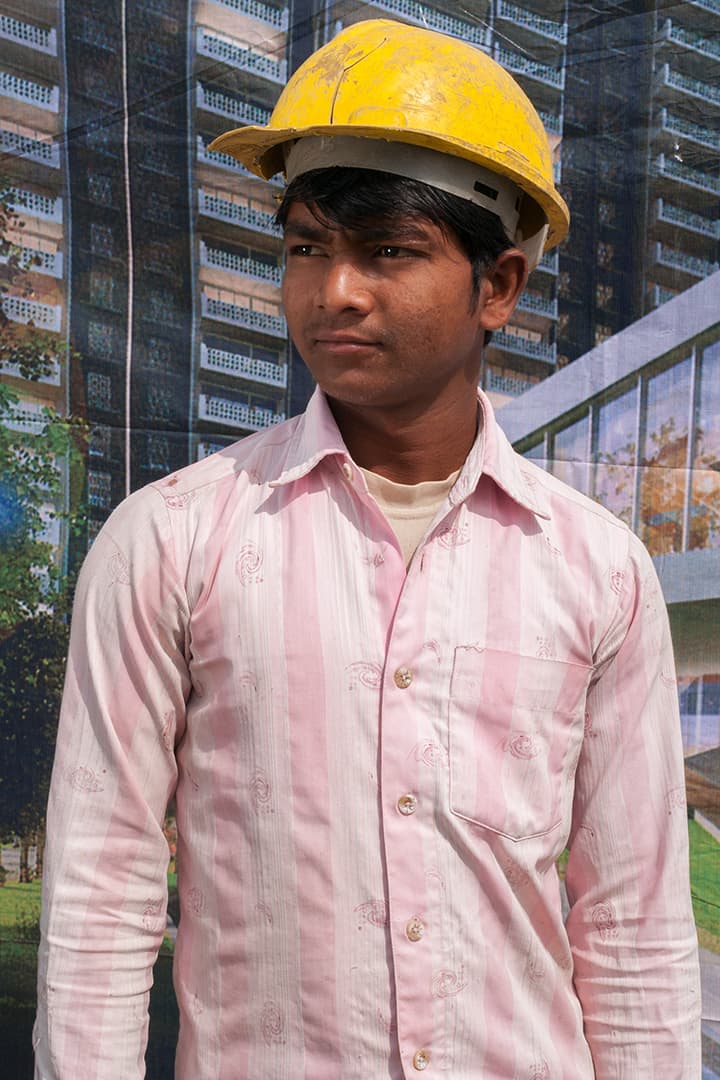 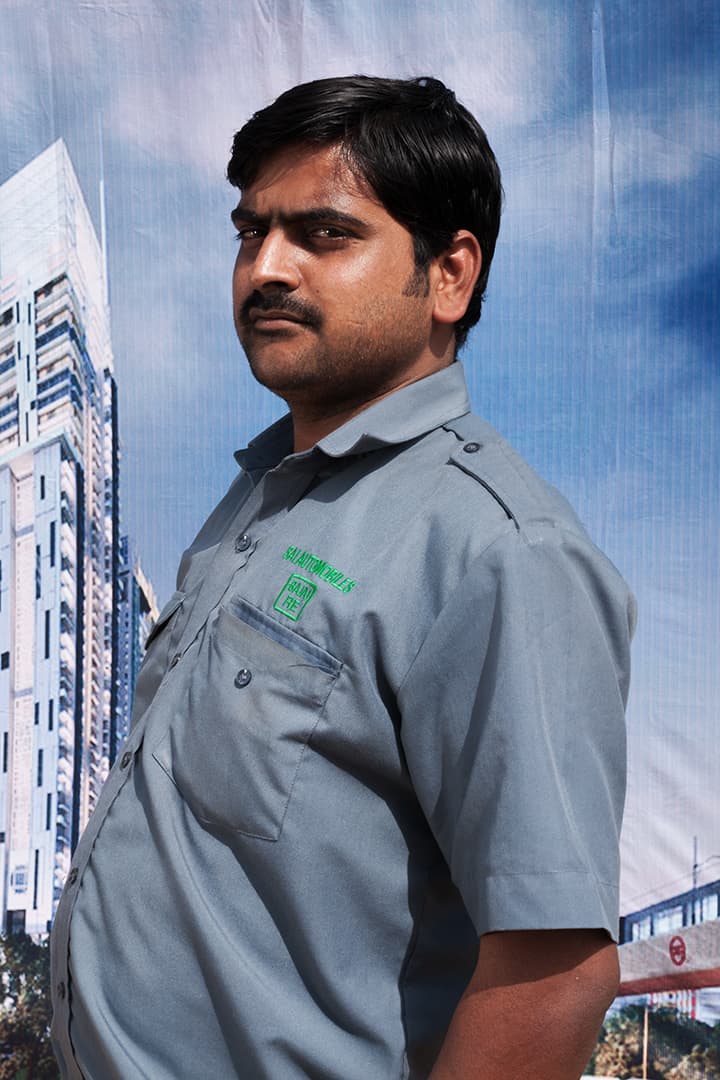 Booming Indian cities are dream theaters. In Gurgaon, the so-called «Millennium City» 15km South of Delhi, real-estate adboards deal in idealized visions of the city of the future, announcing the advent of ever beautiful lifestyles. Pushing back further the limits of the city, the condominiums rise like fascinating mirages amid the dusty agricultural lands.

Managed almost exclusively by private companies, Gurgaon is an experiment in city-making. The absence of public spaces and public services bears witness to the profit-driven nature of Indian urbanization. Social exclusion and the fear of outsiders govern space use as the middle-class residents separate themselves from the rest. Real-estate ads, with their outlandish promises and imagery, are a soothing balm applied to the impending chaos.

Bad City Dreams is a series of portraits questioning the visual making of Gurgaon. Having collected real-estate brochures from various trade shows around Delhi, I used the artistic impressions of the projects as backdrops in front of which I invited the people of Gurgaon to pose. The migrant workers, peasants and villagers I met will never be the target audience of these projects. Yet, they form the majority of the cheap labor force employed in the homes or on the construction sites. By updating the Indian tradition of the mobile photographic studio, this project creates a space for playing with the representation both of the self and of the city. The replacement of the poetic handpainted backgrounds of yore with the glitzy images of today testifies of the swooping visual changes caused by urbanization.