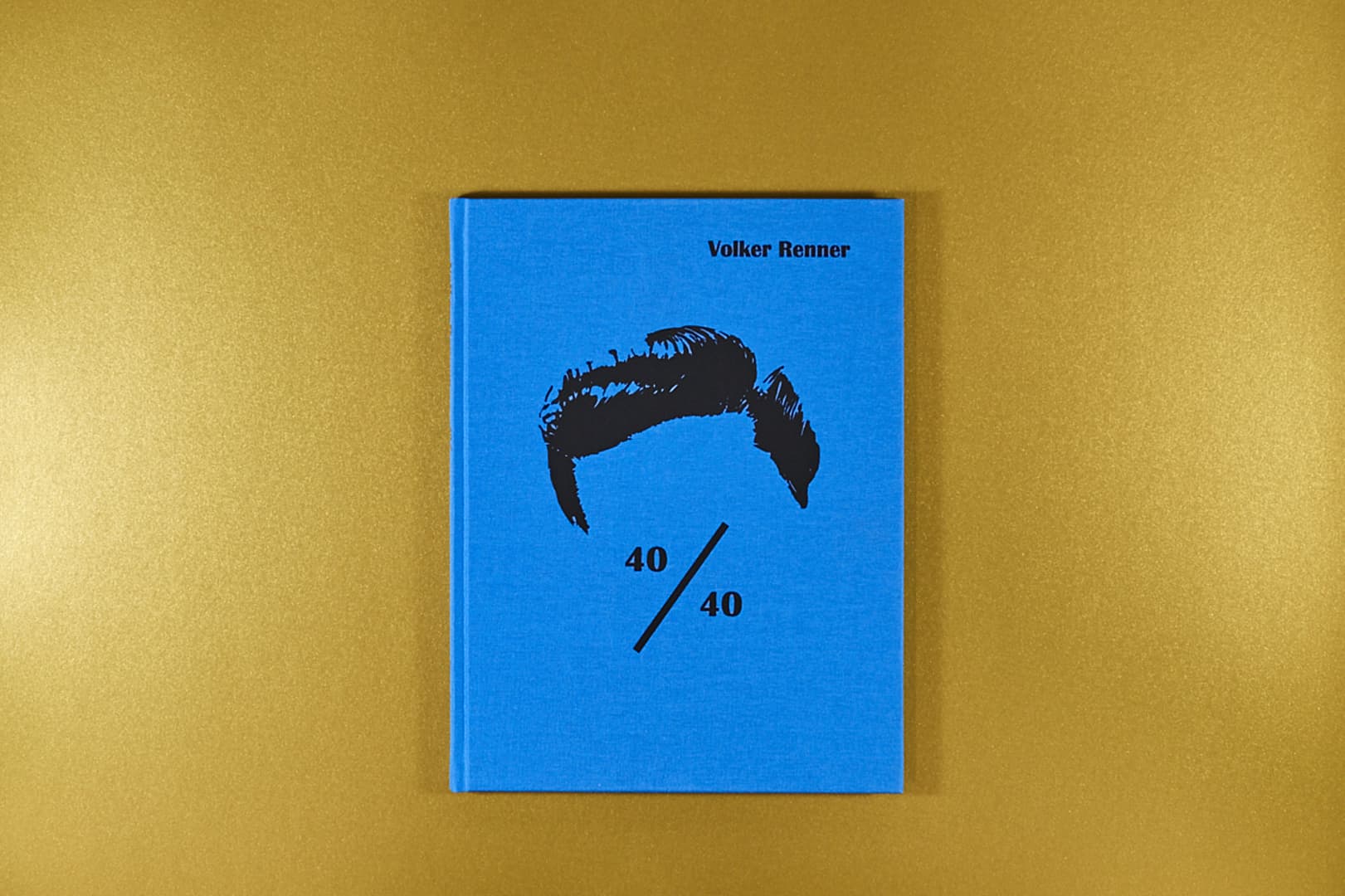 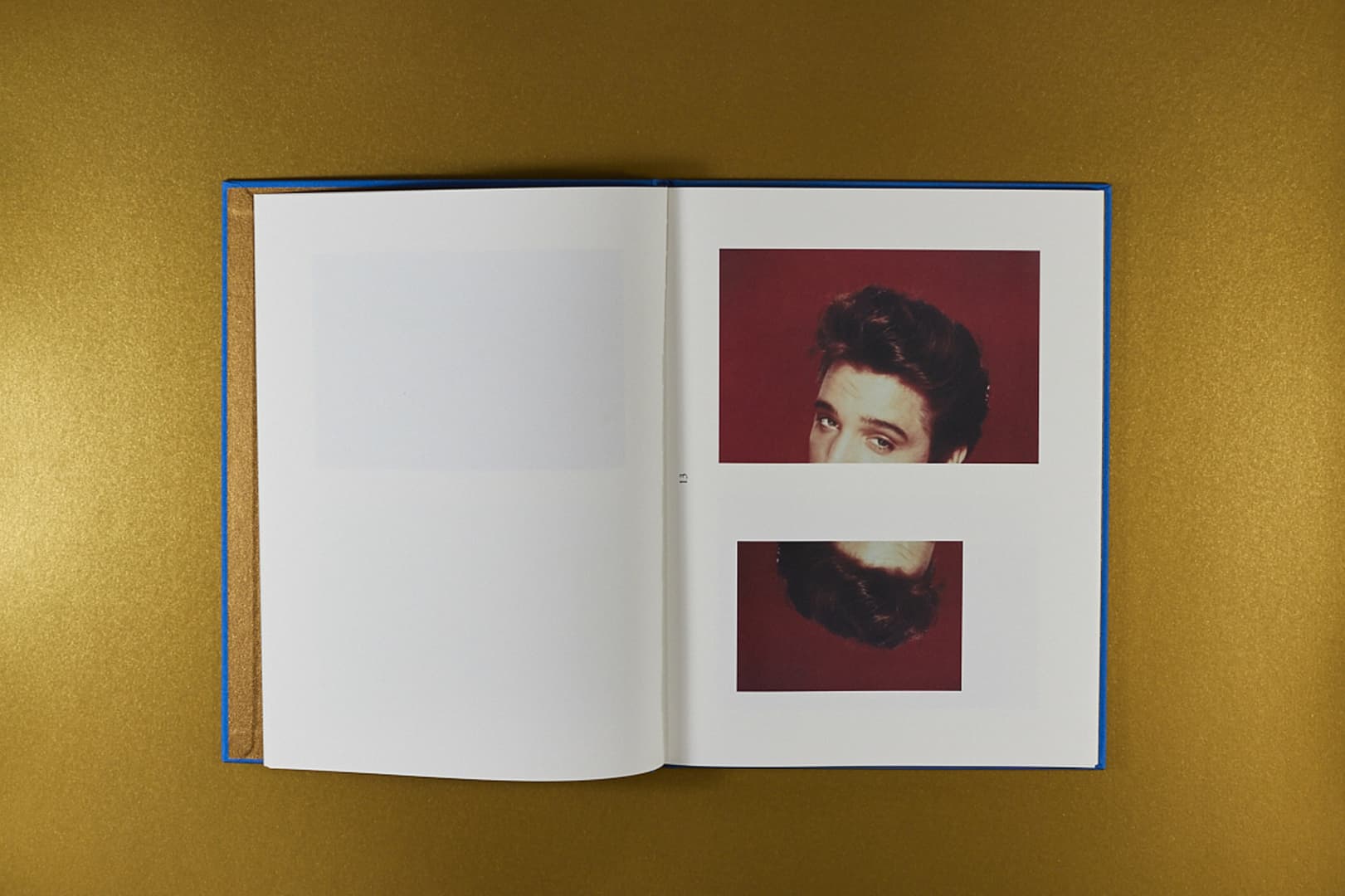 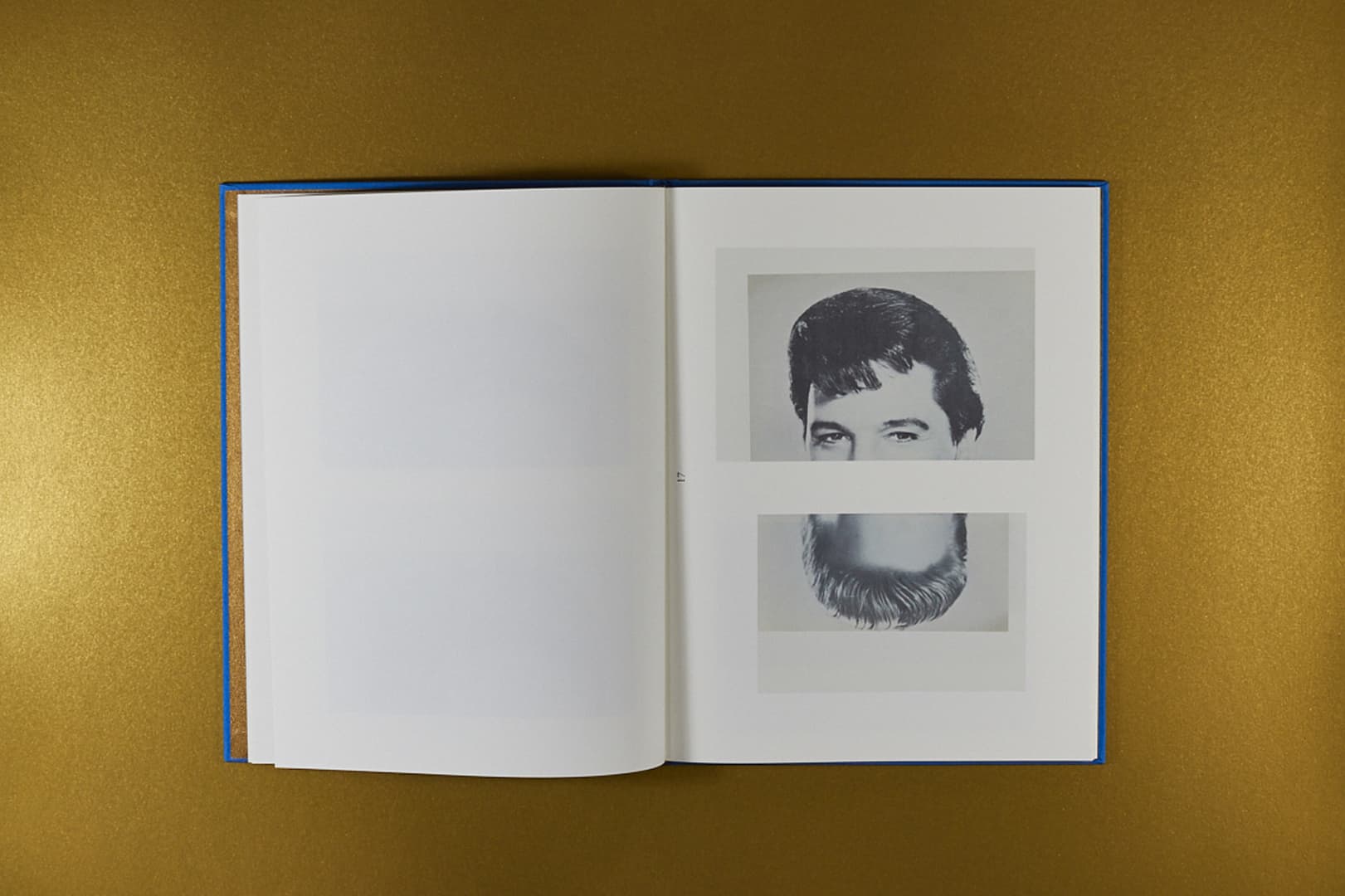 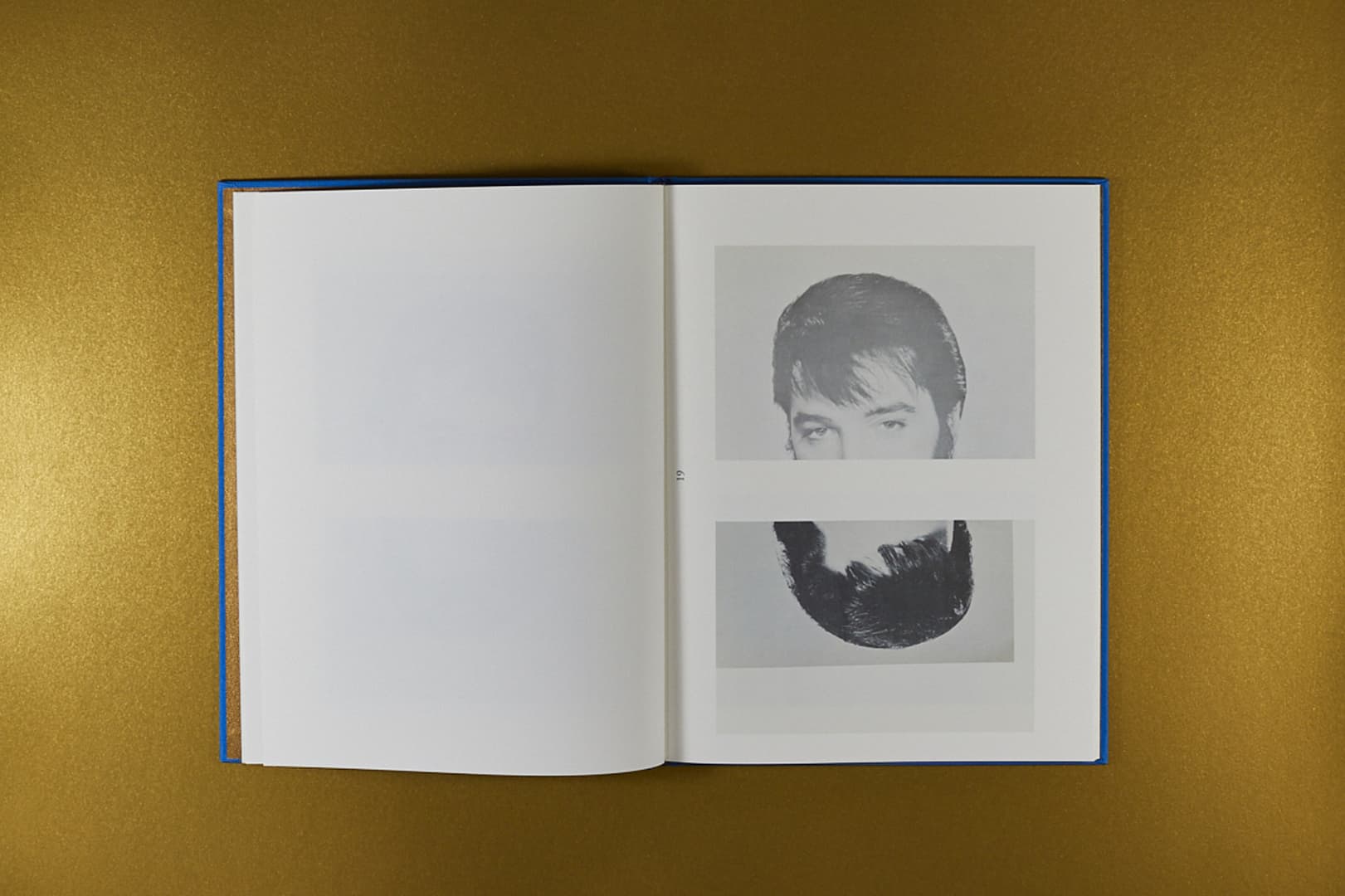 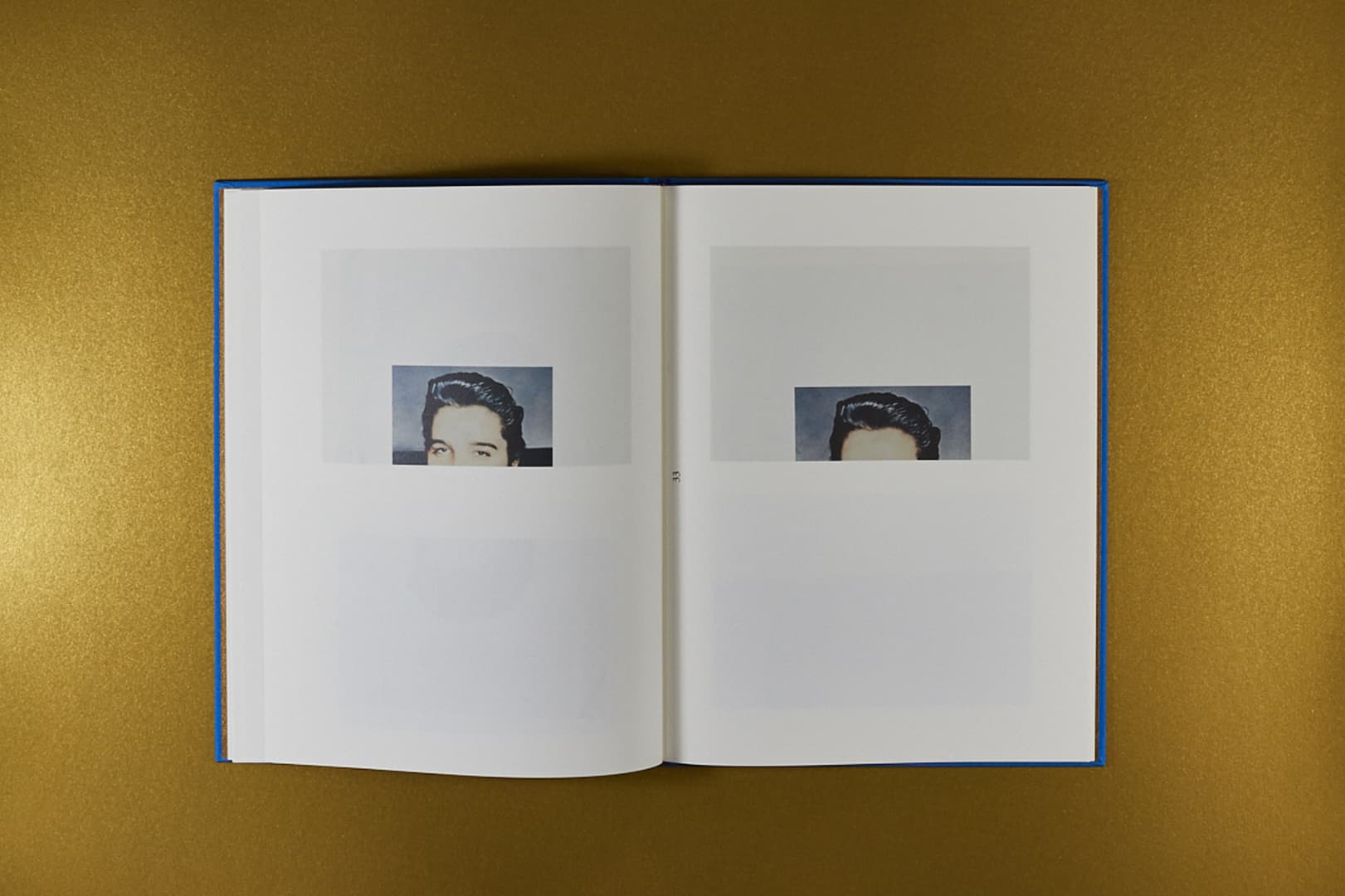 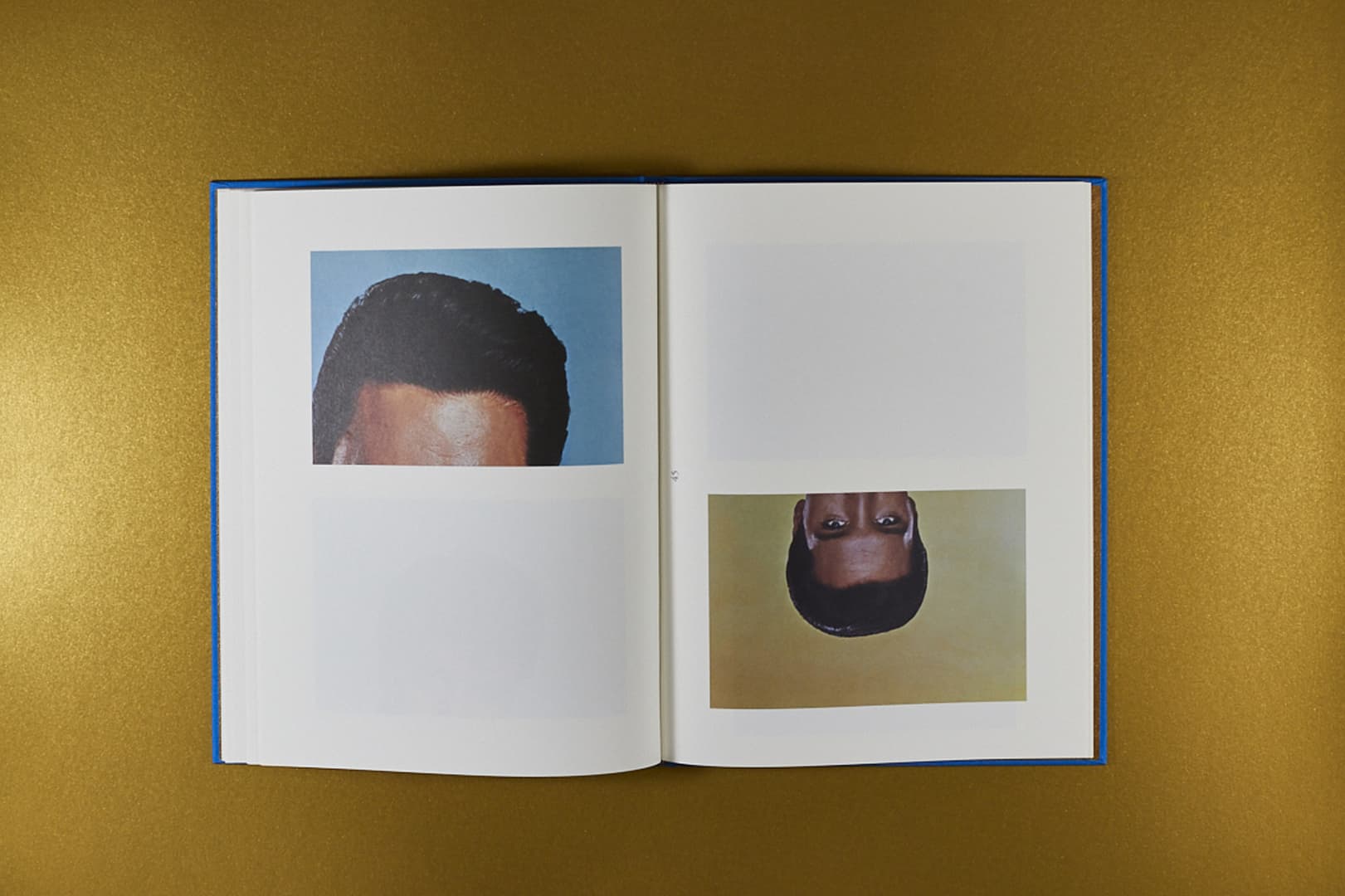 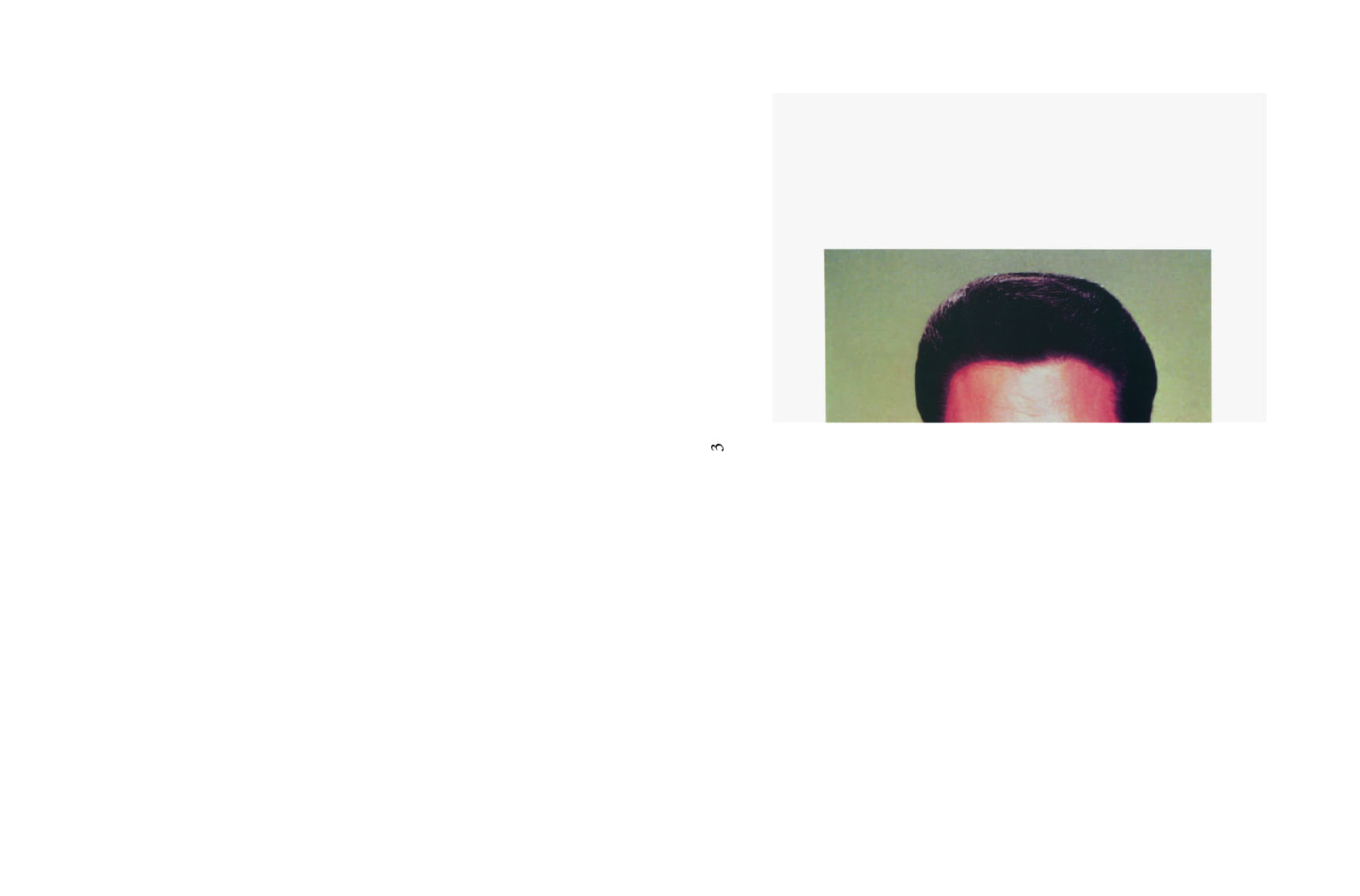 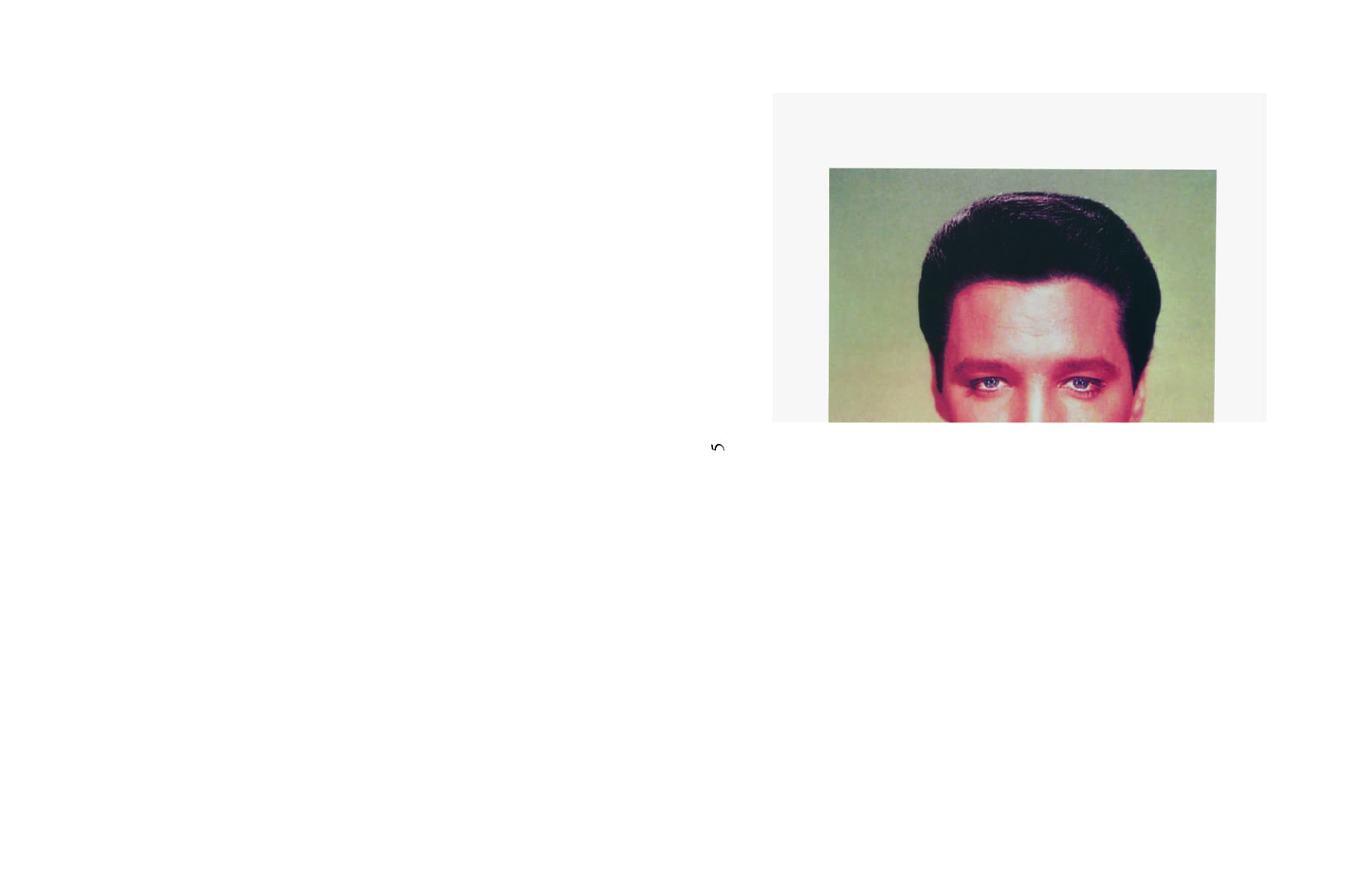 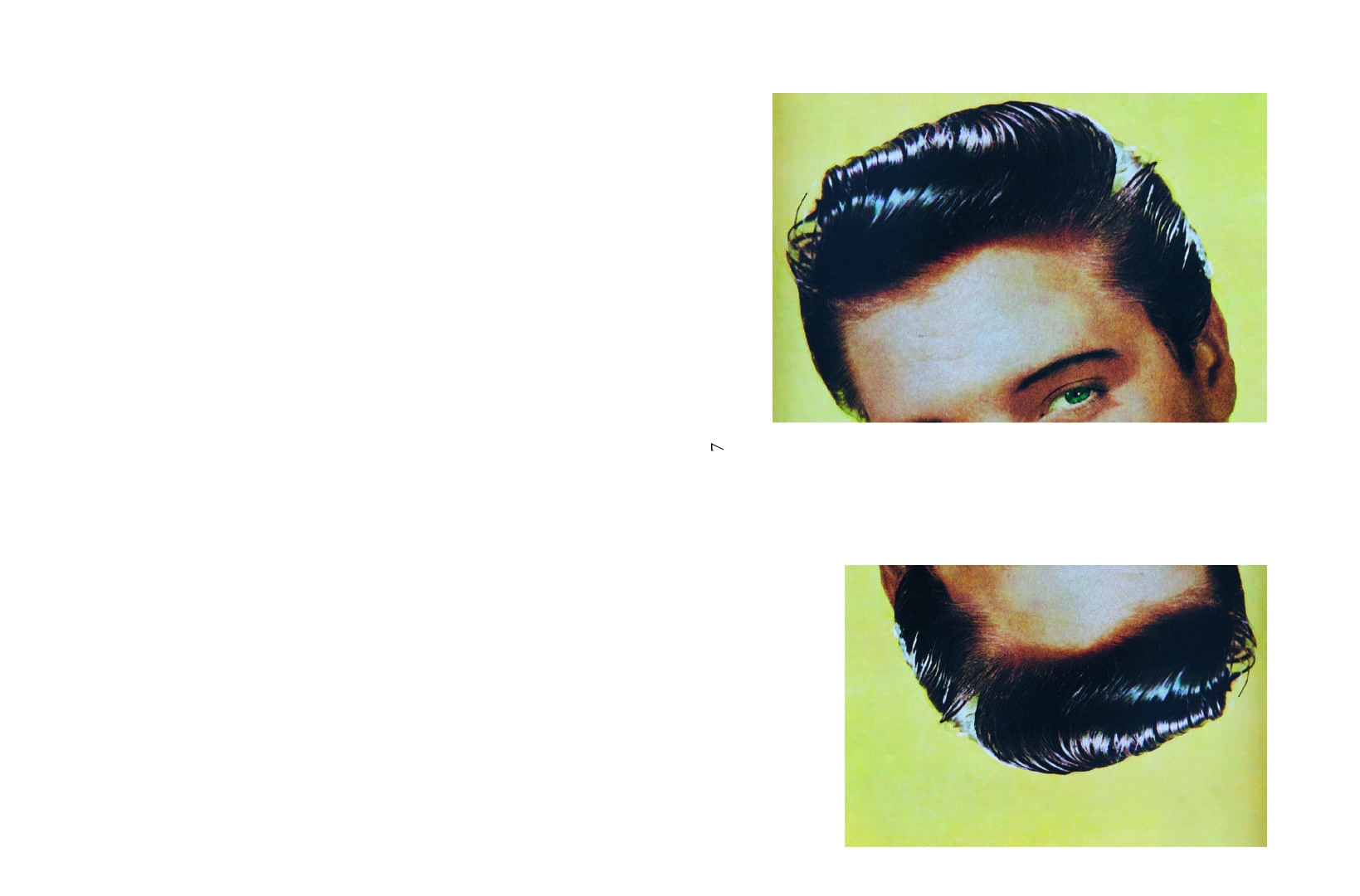 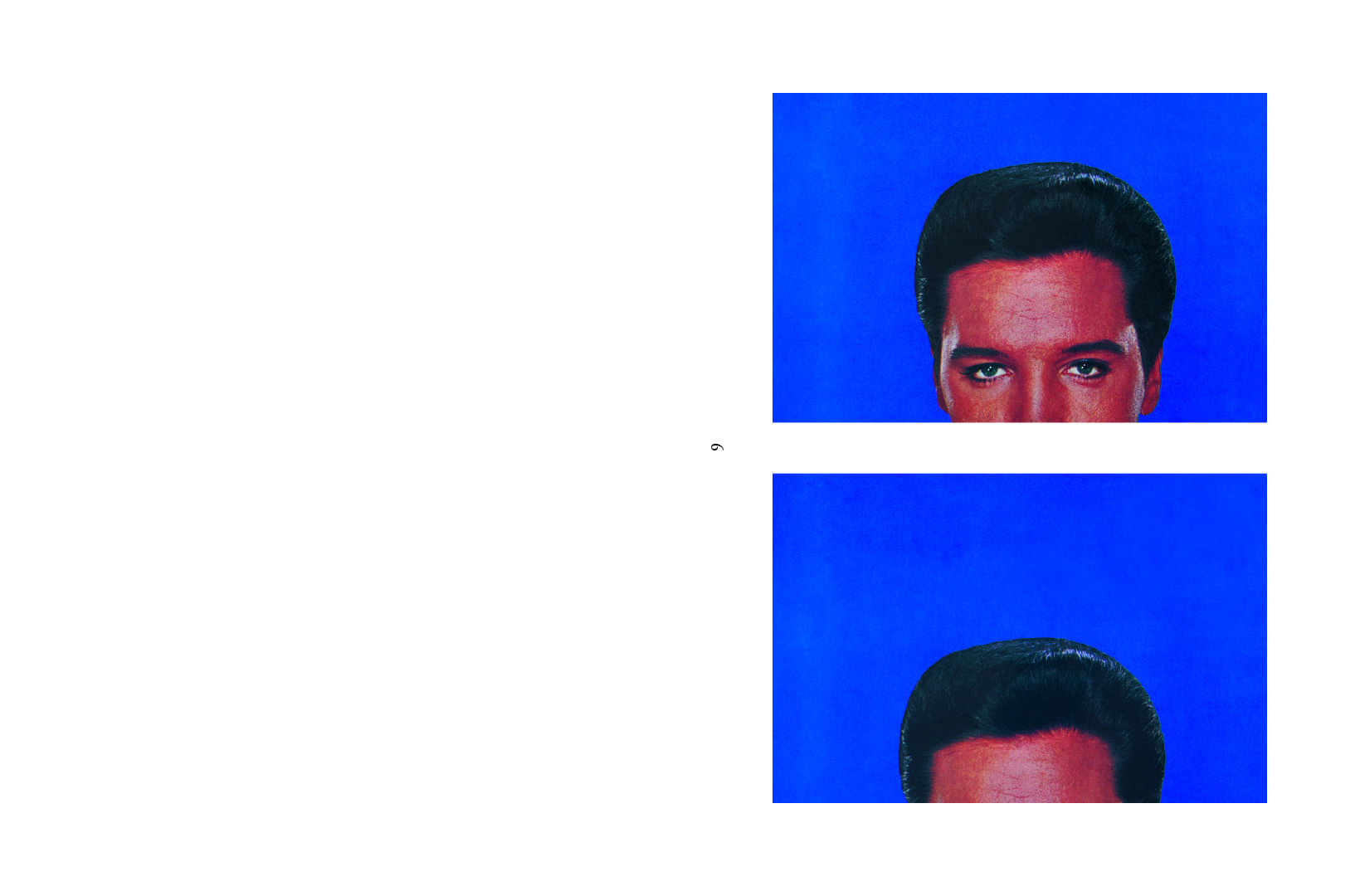 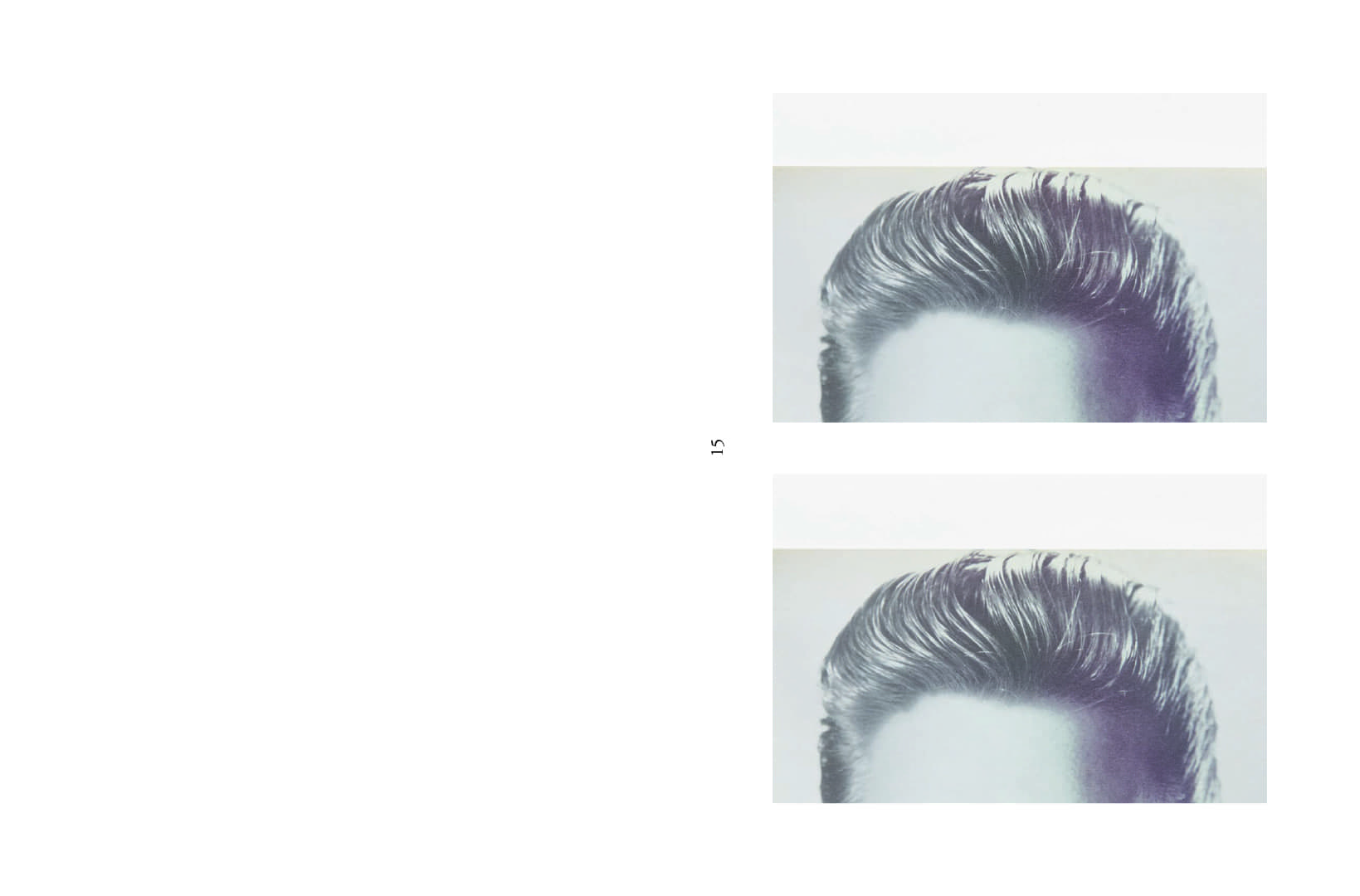 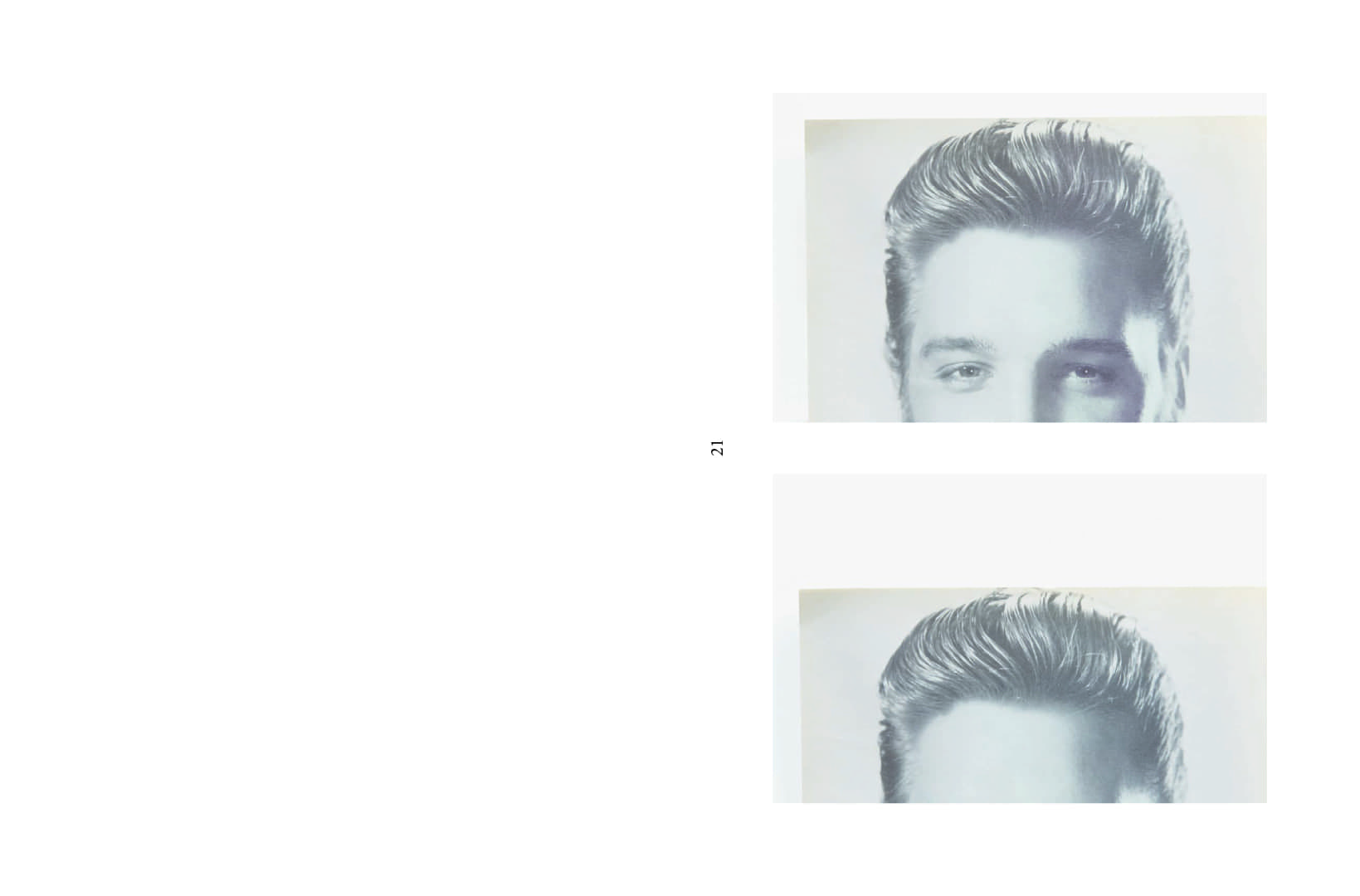 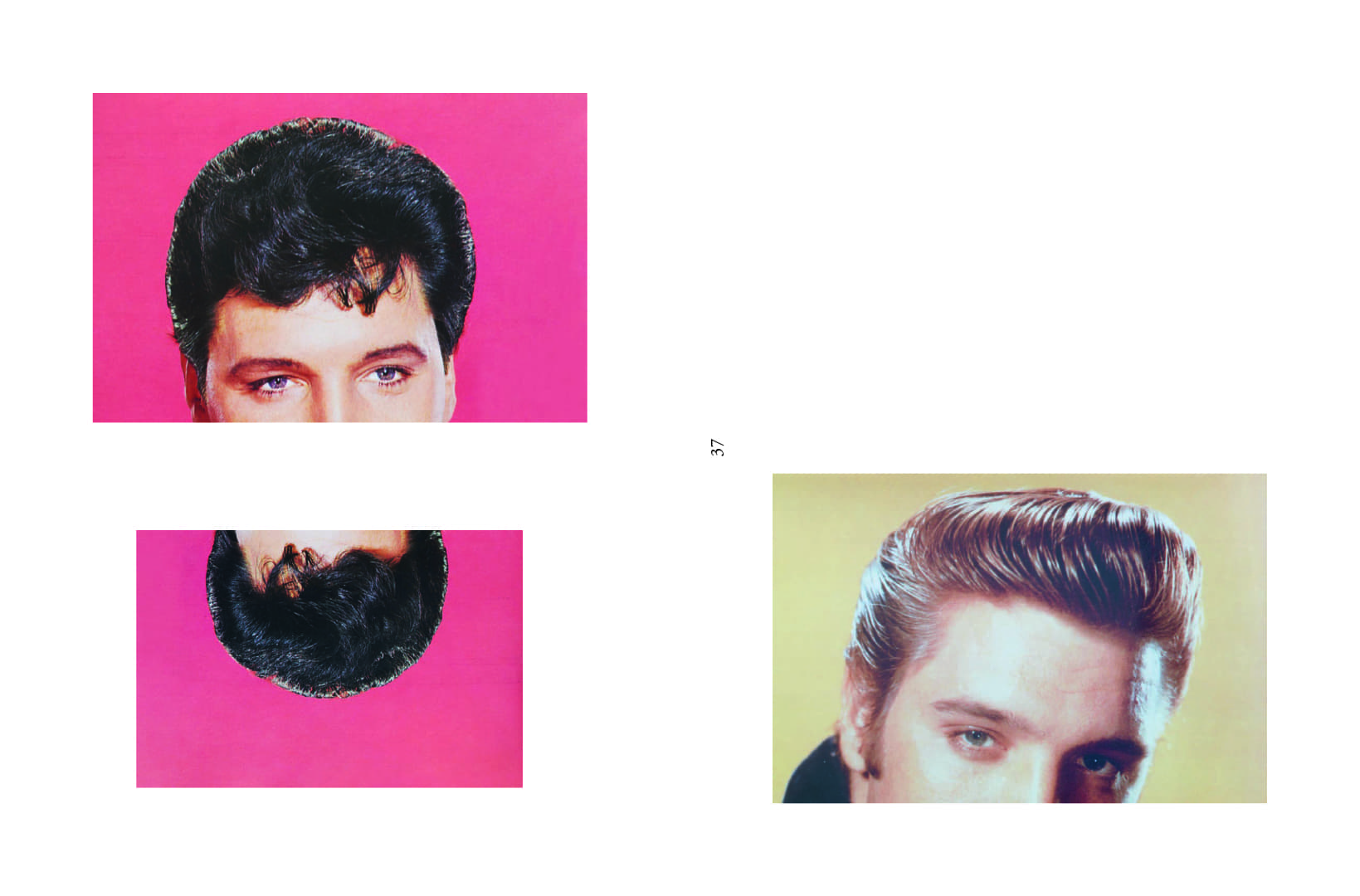 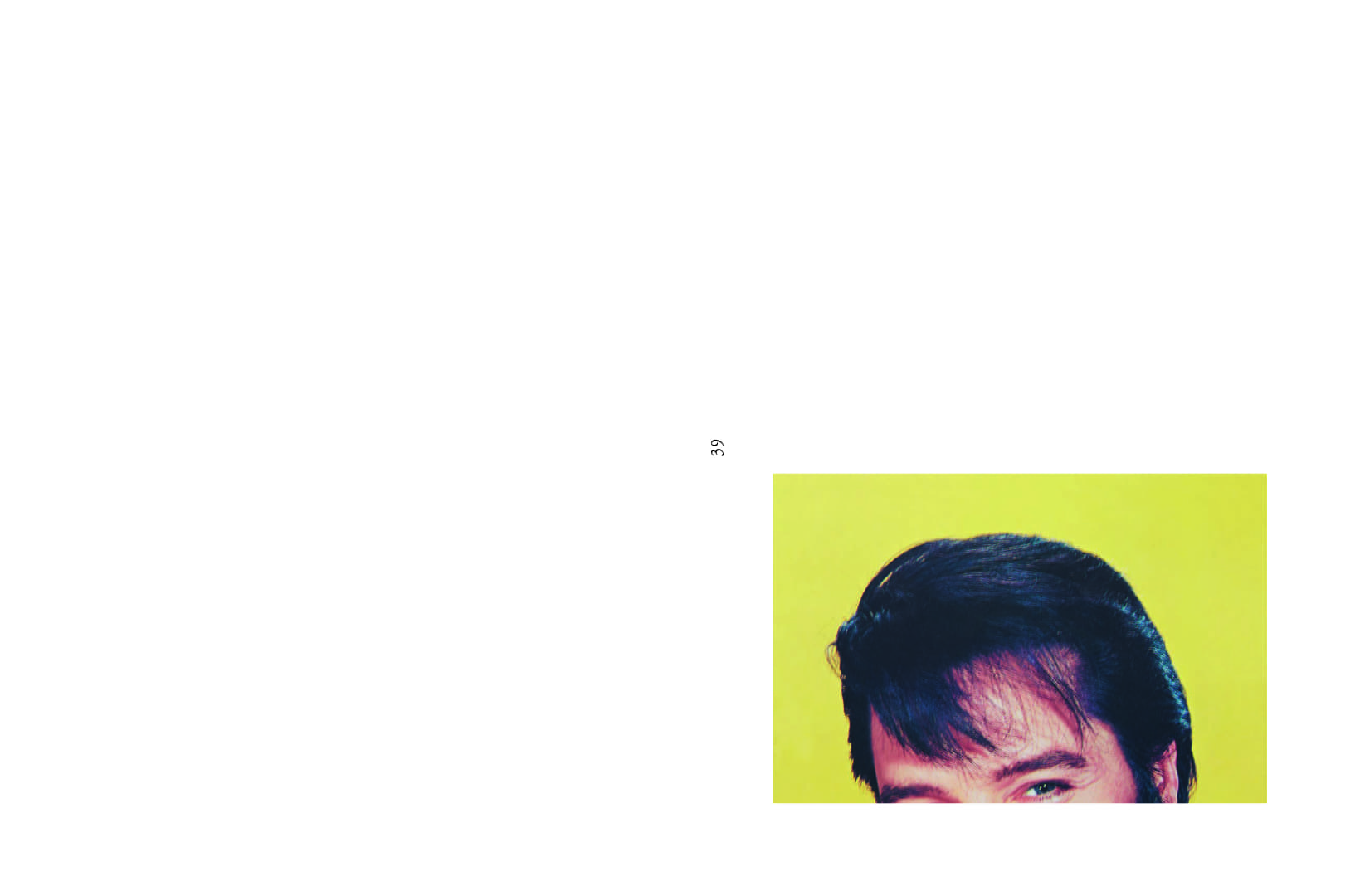 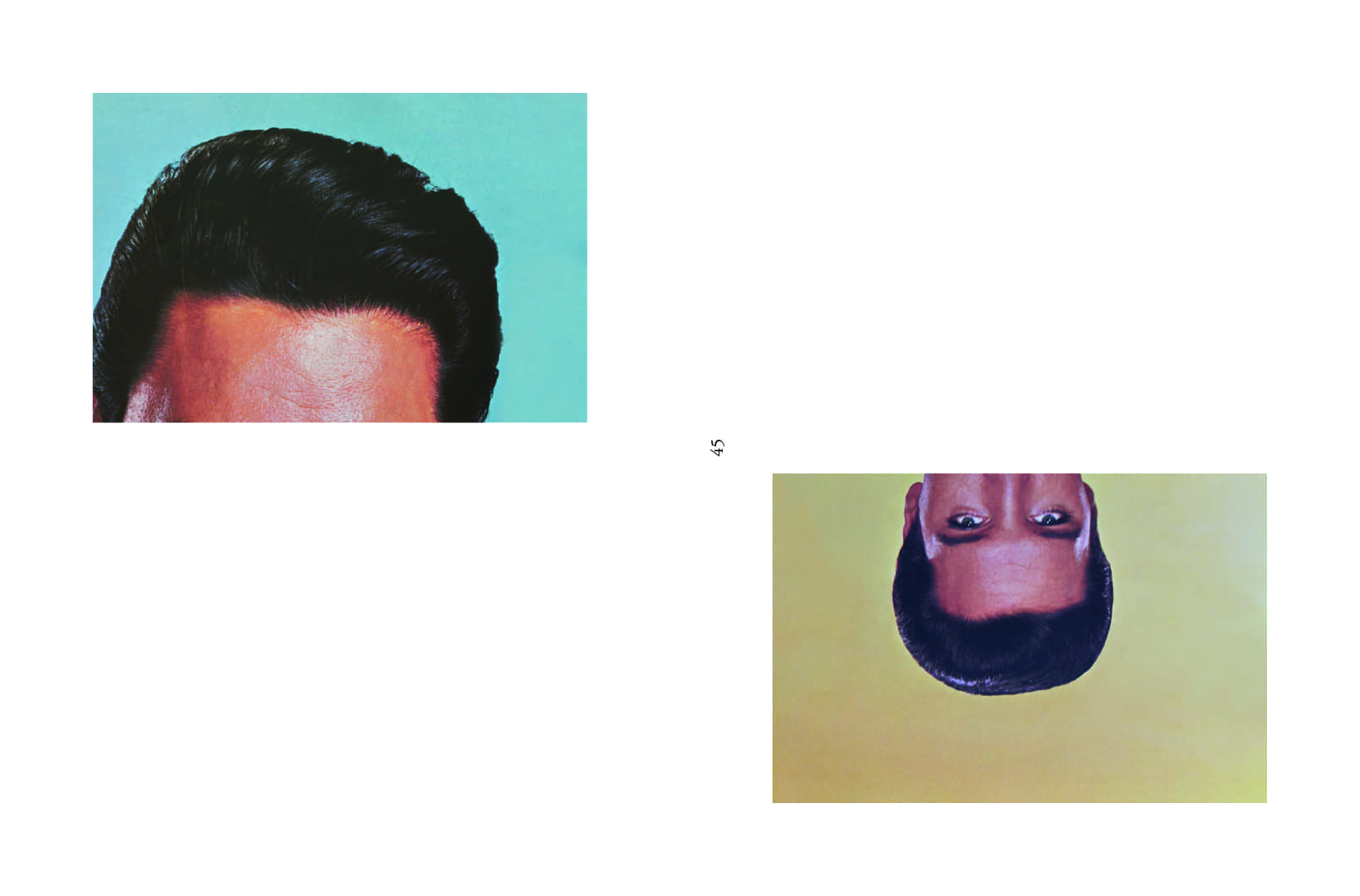 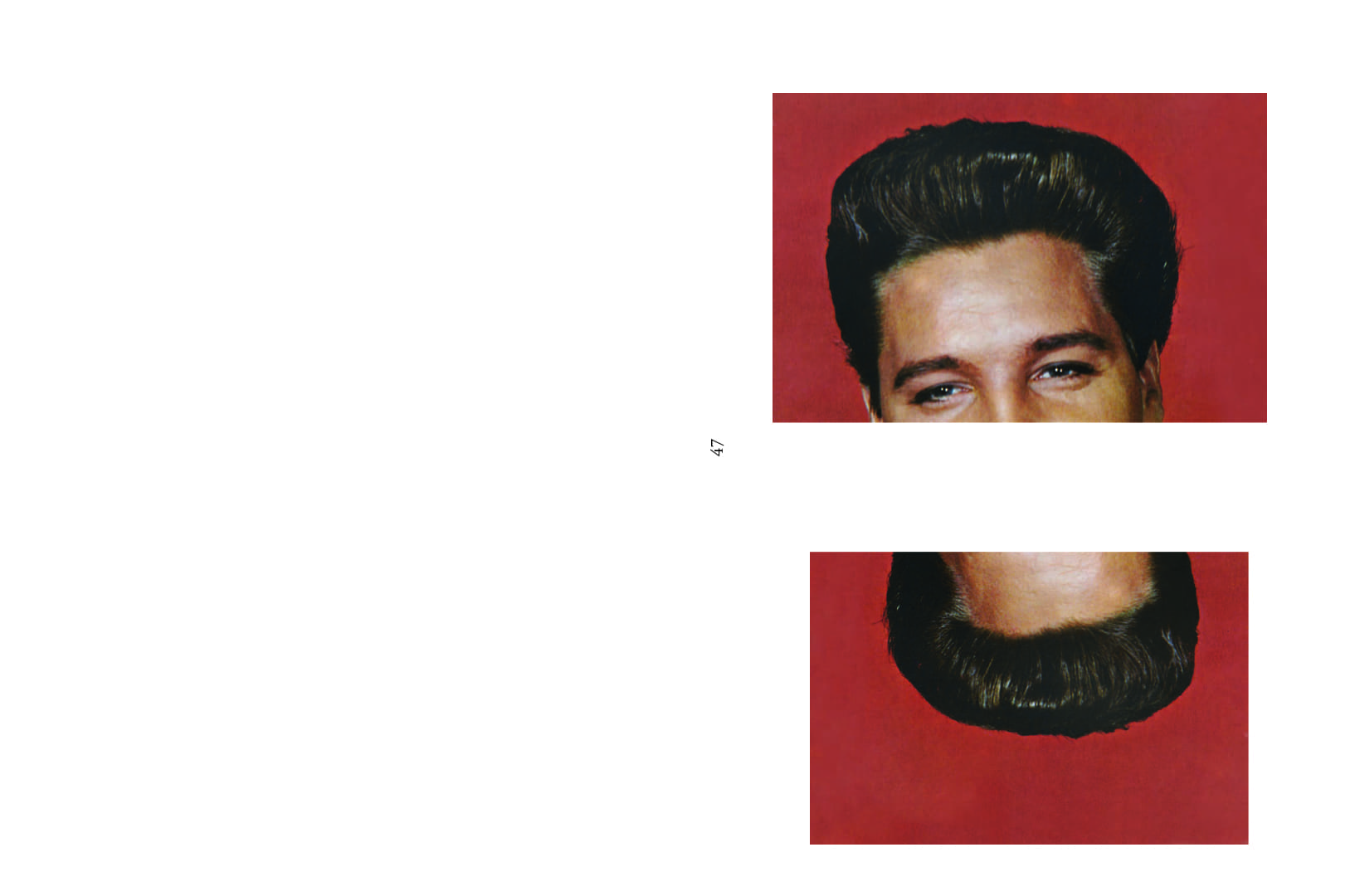 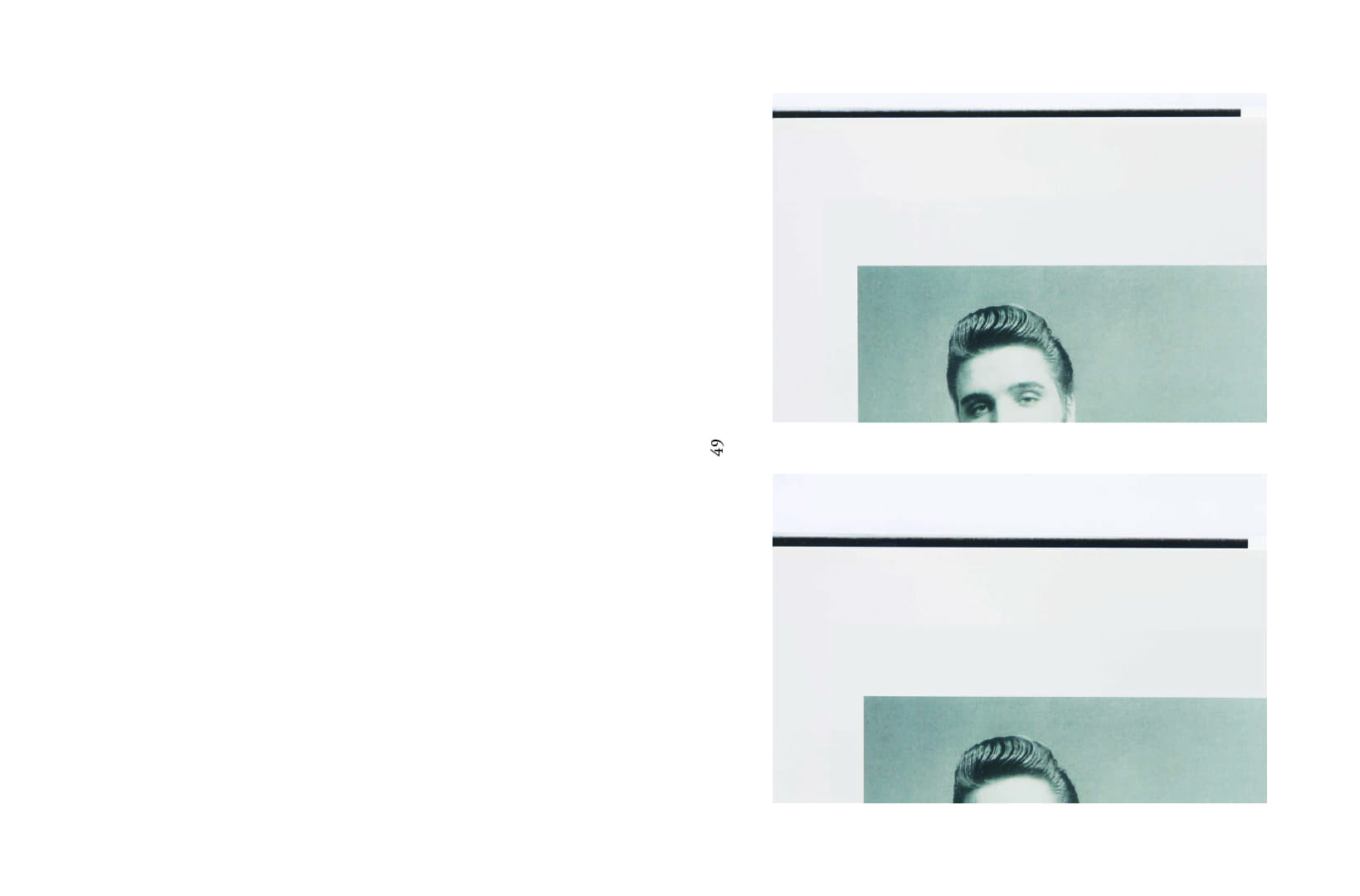 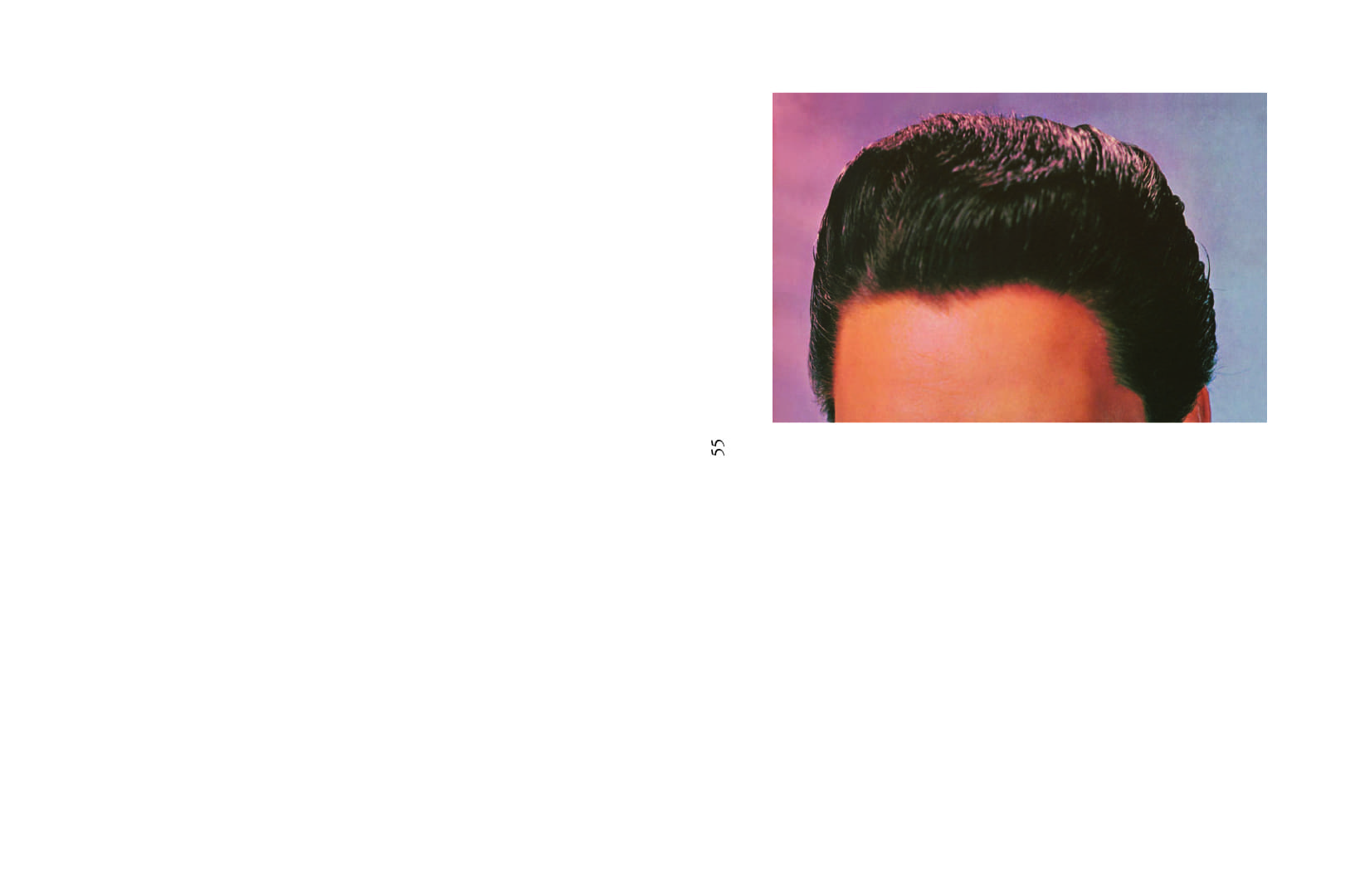 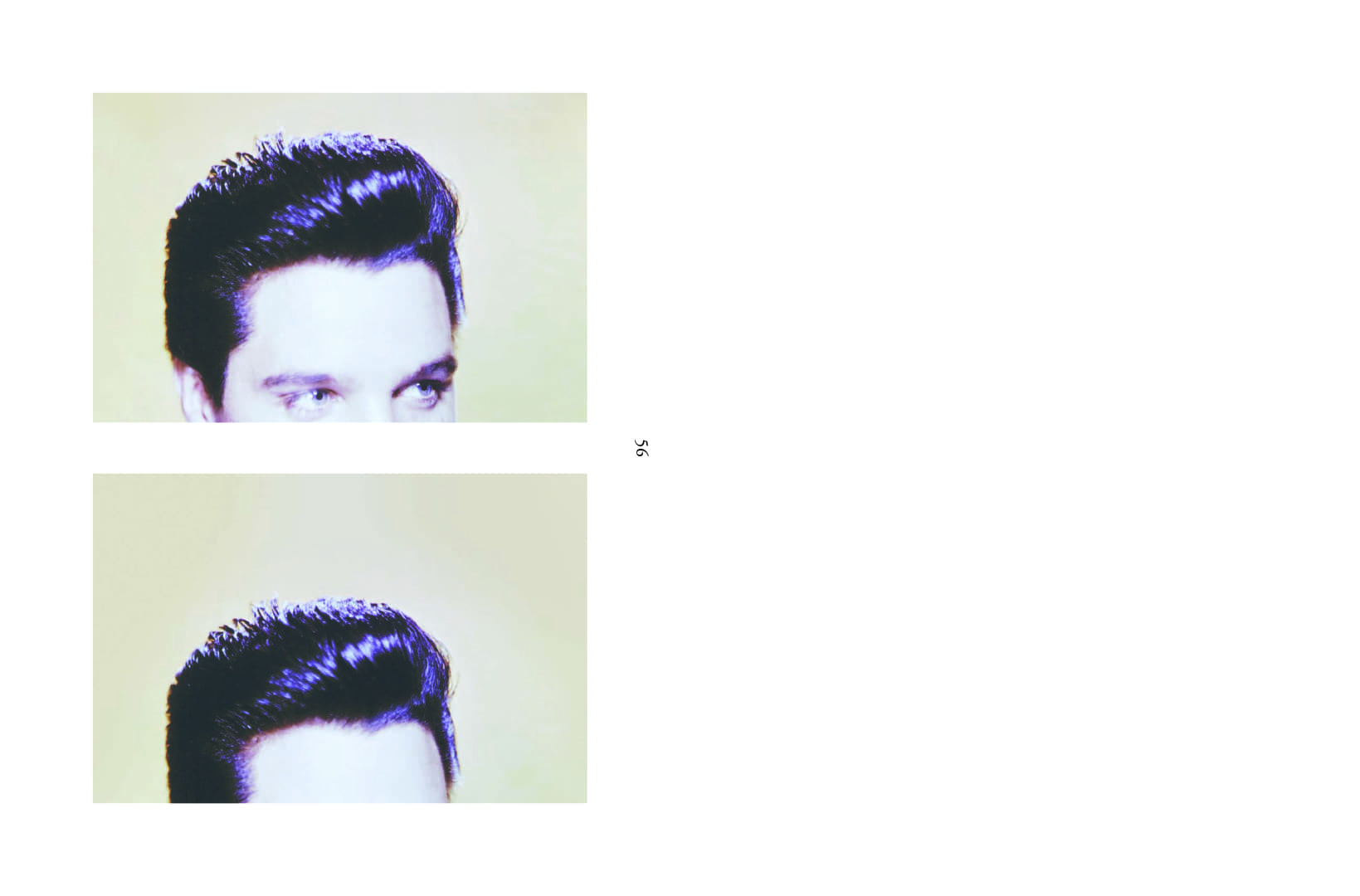 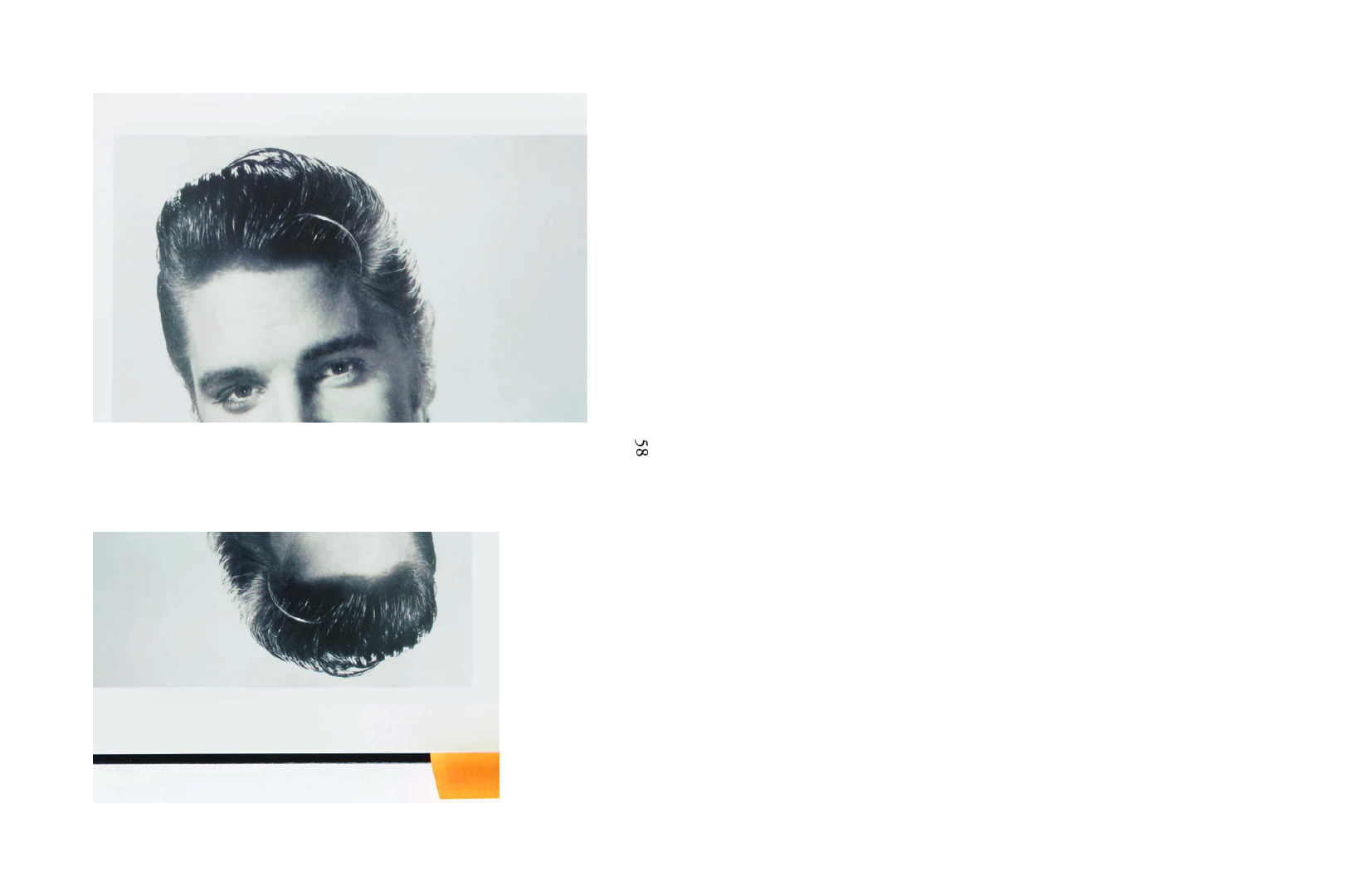 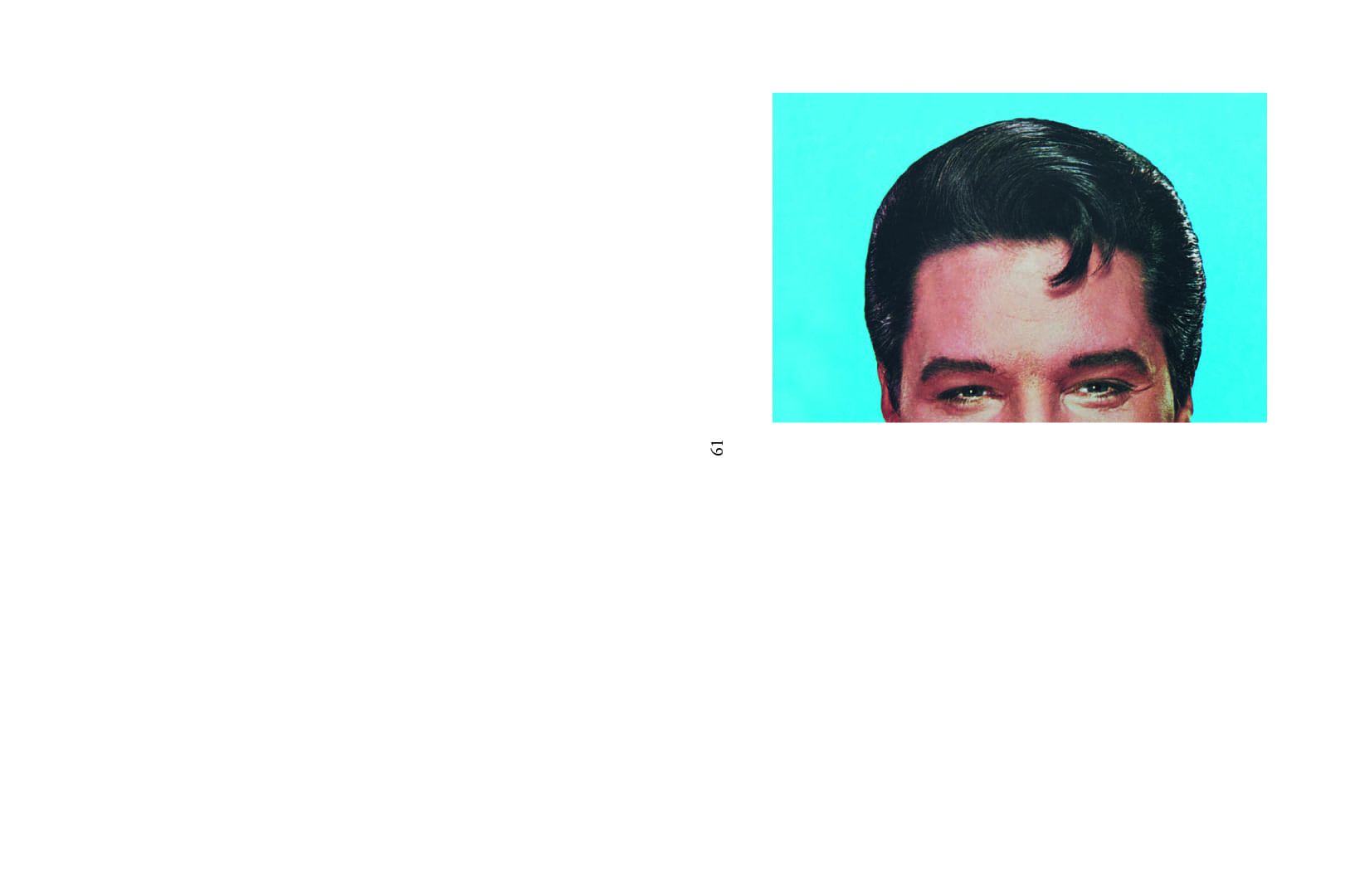 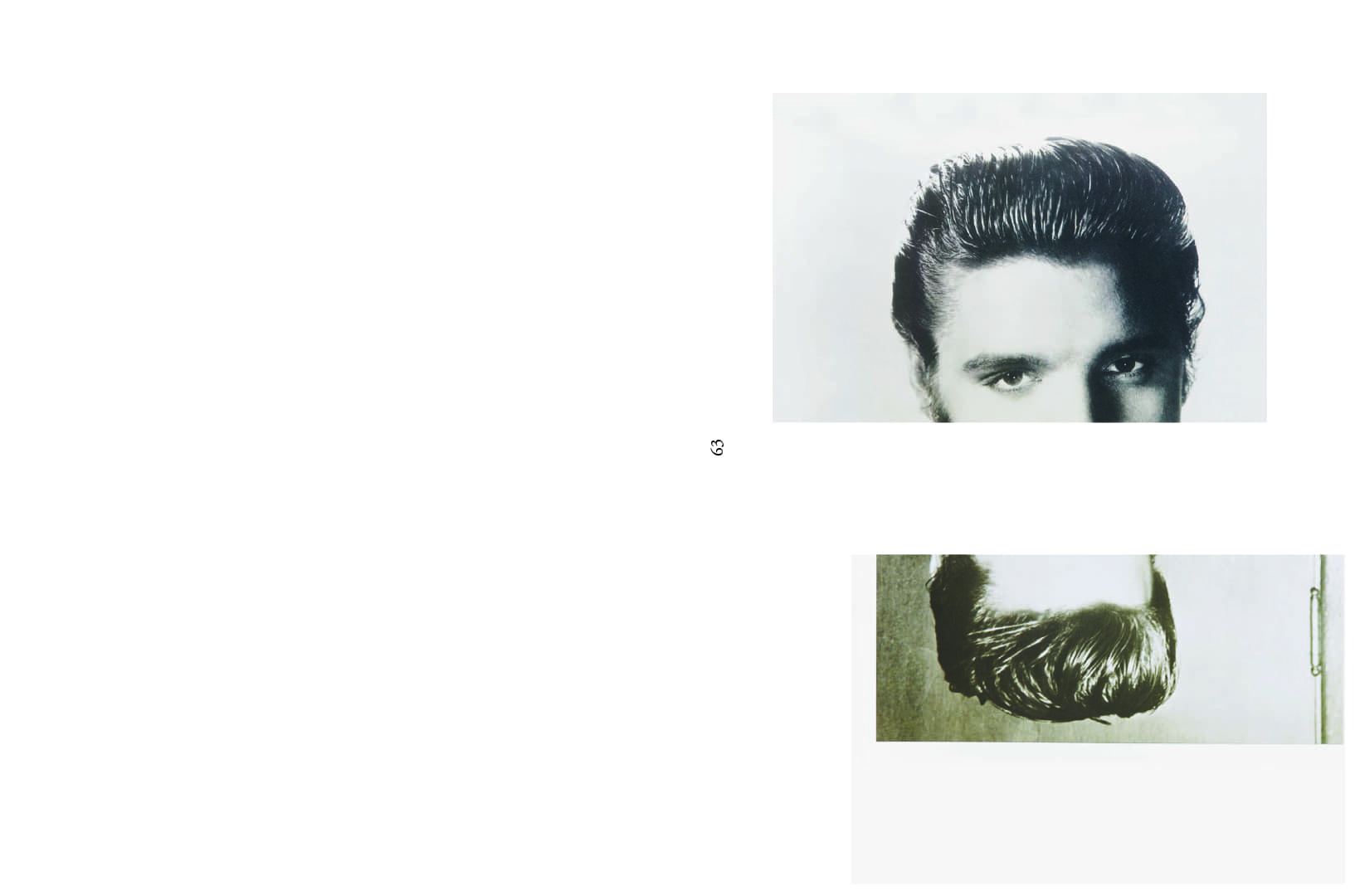 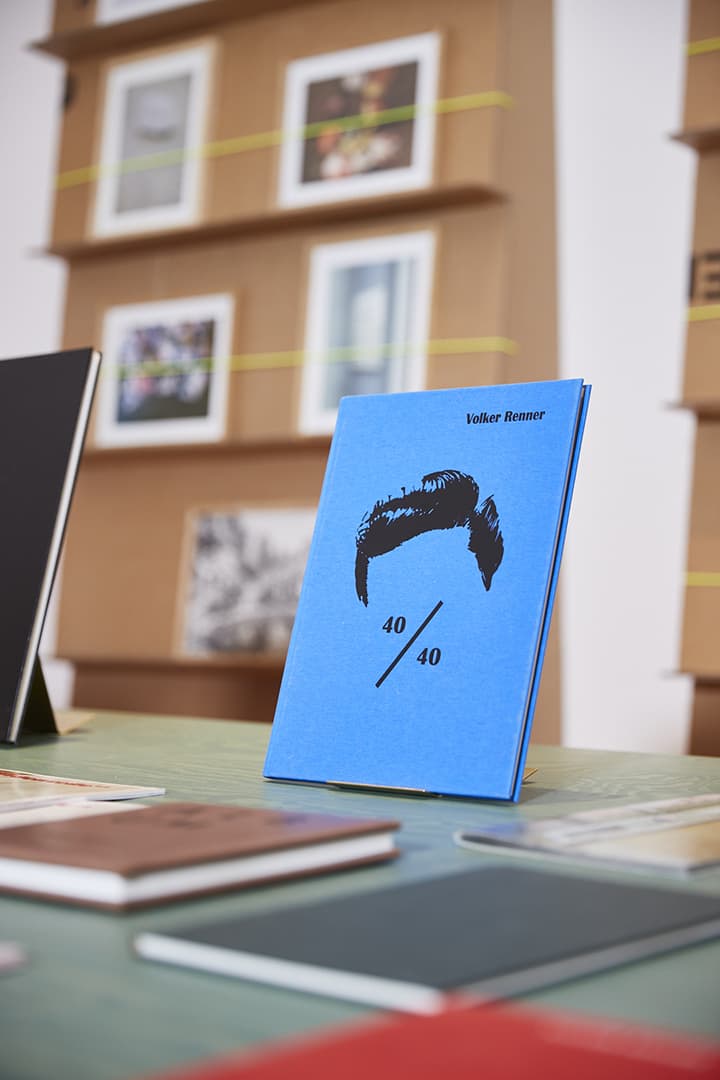 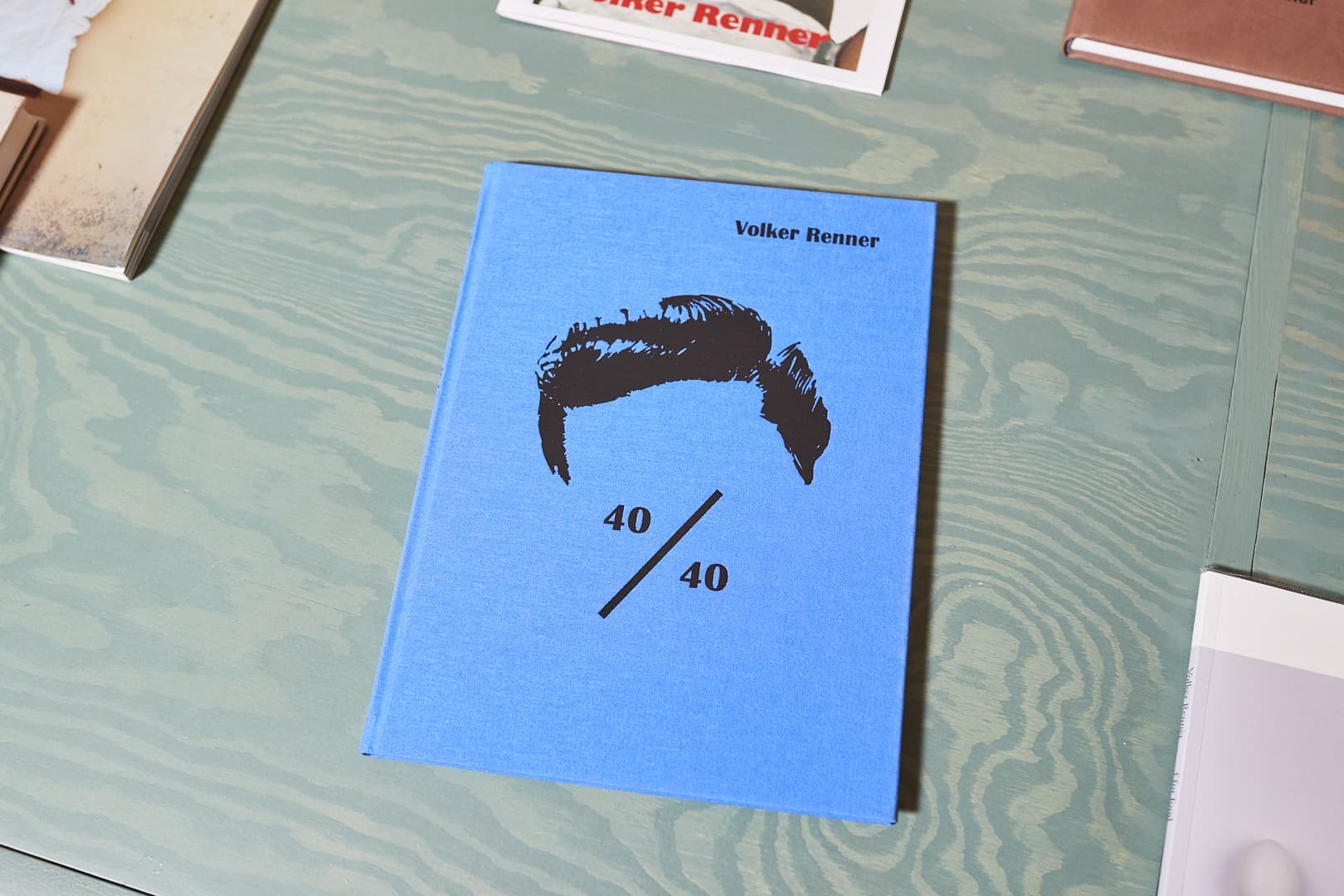 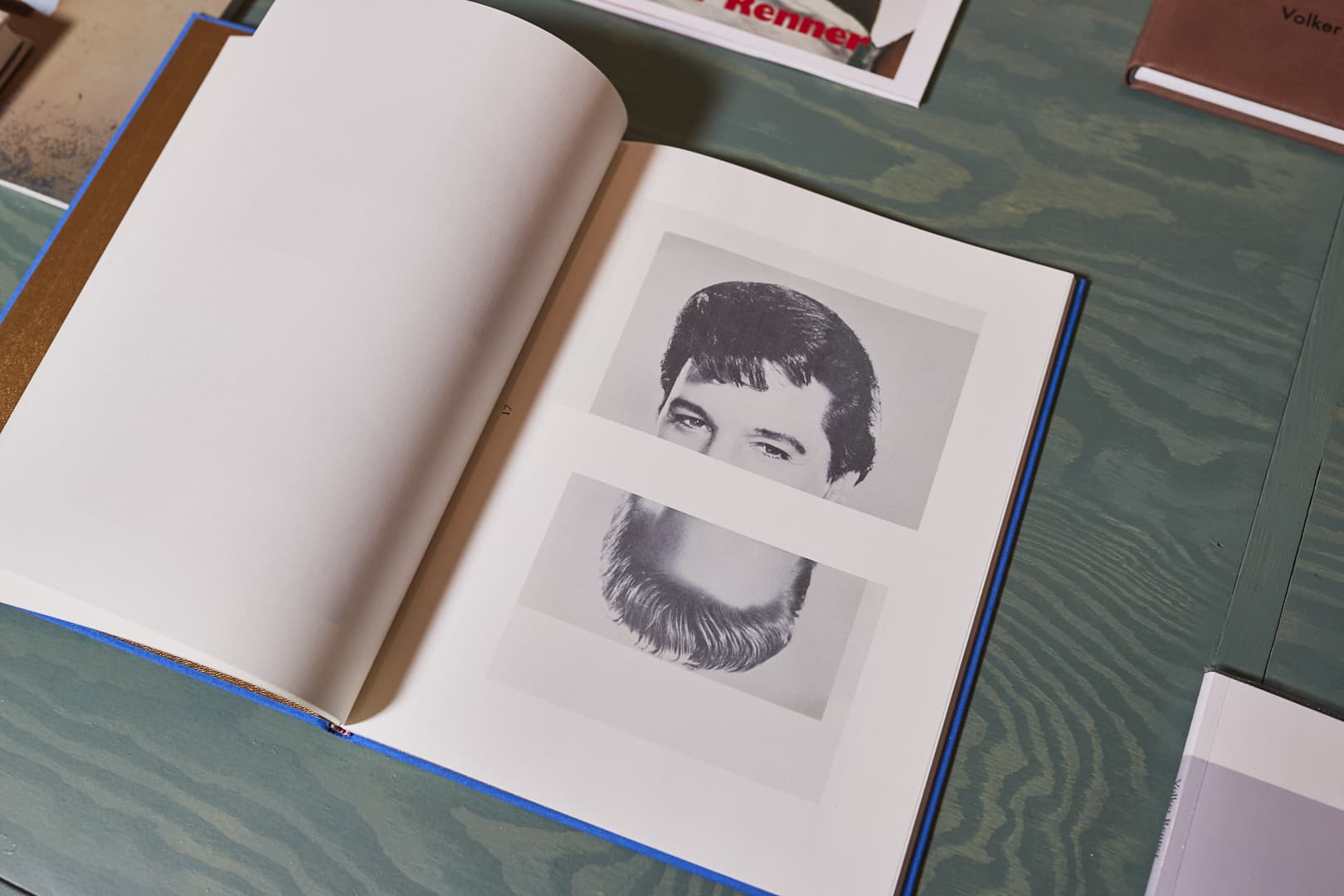 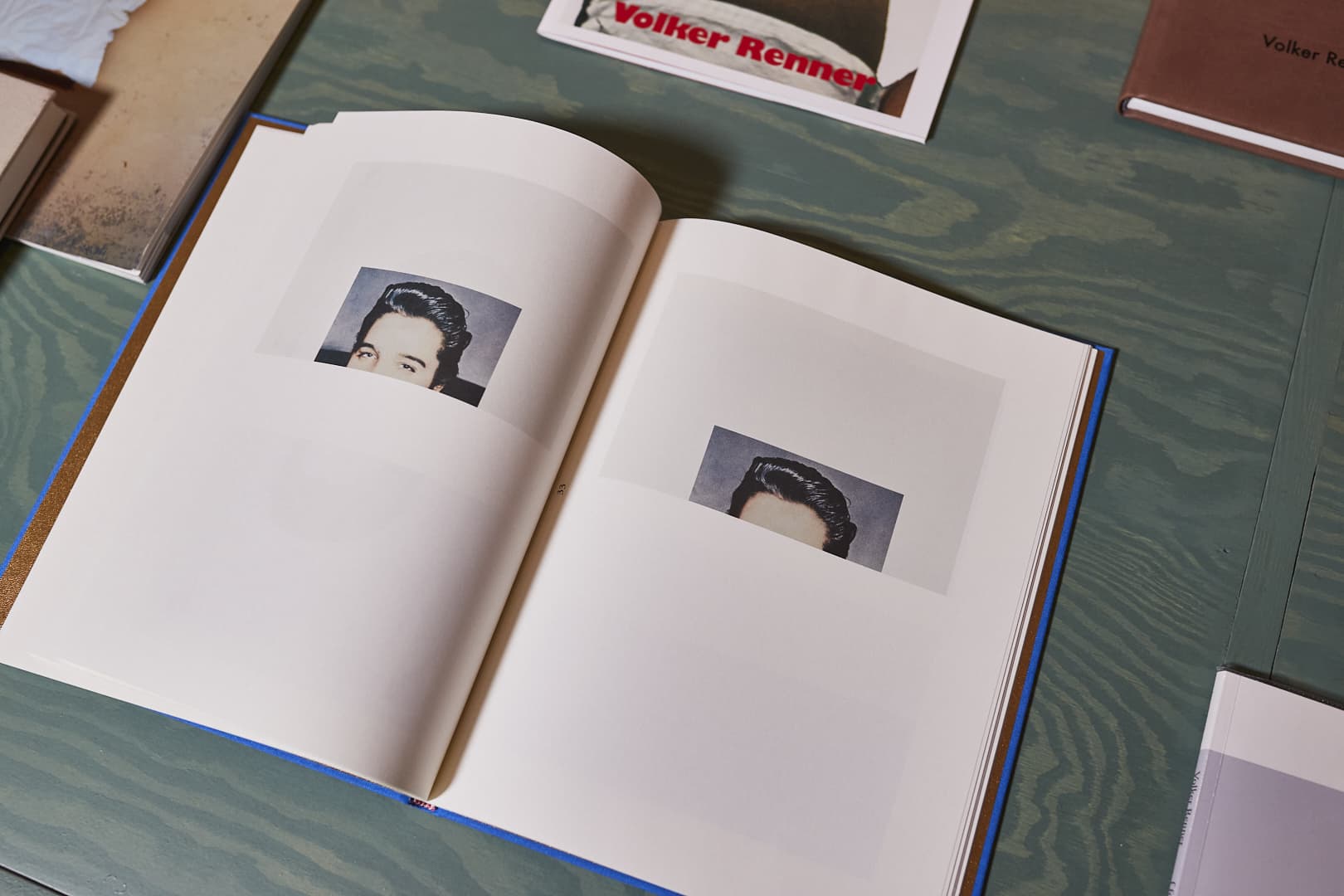 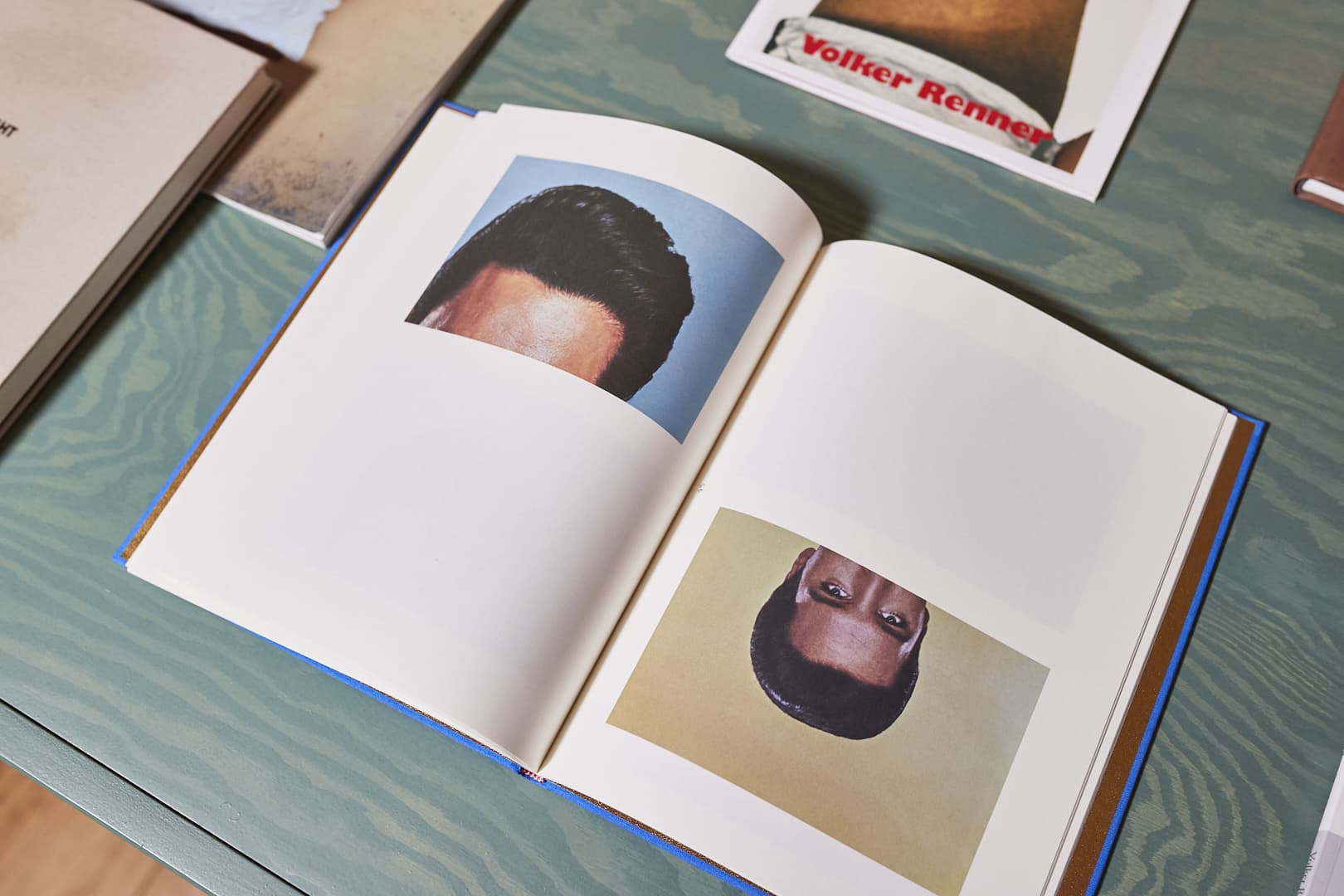 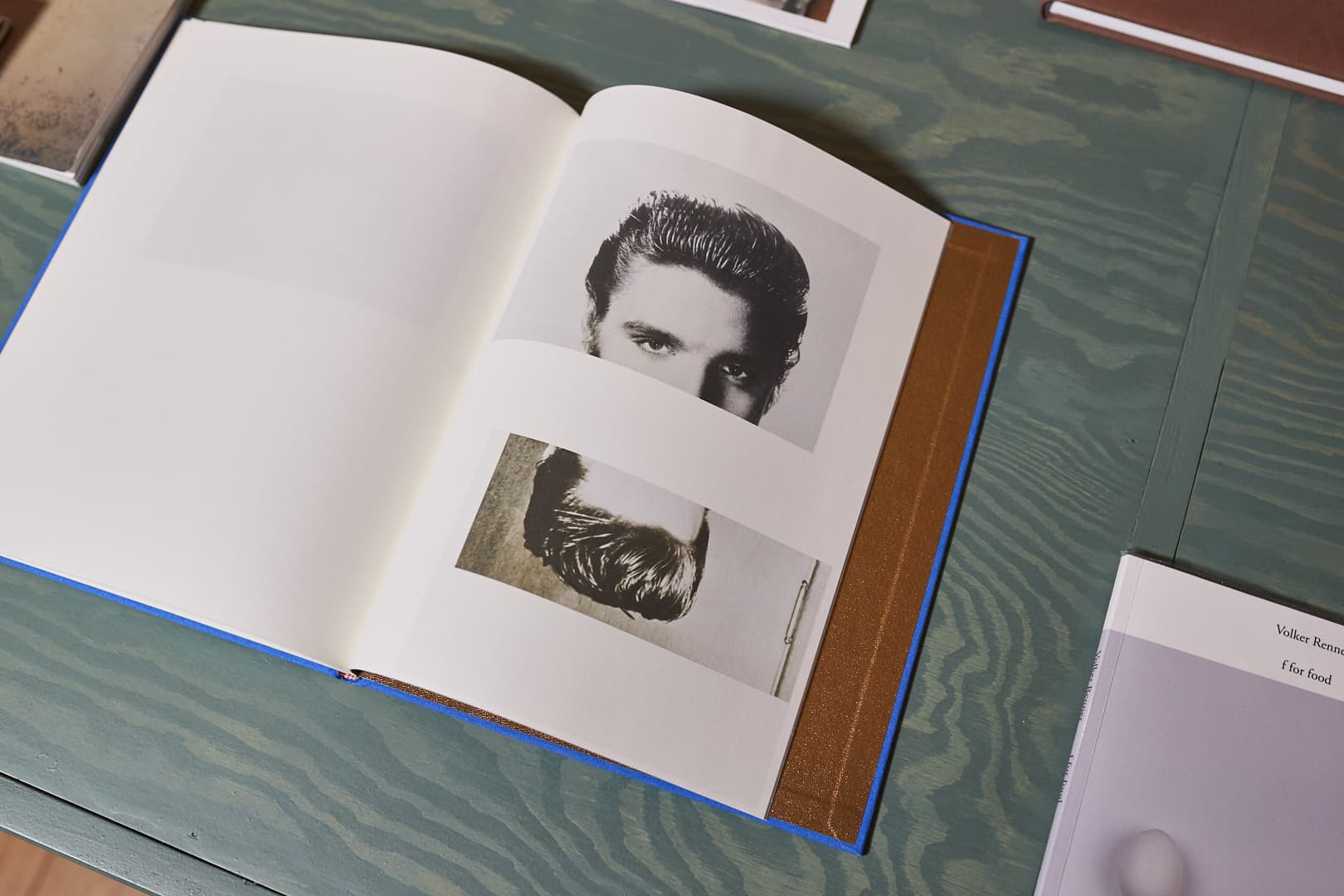 The King's Beards or Hair. As a tribute to Elvis Presley on the occasion of the 40th anniversary of his death, Volker Renner stages the King as a collectible silhouette complete with the beard he never wore. The lips and famous hip swing are missing, but the hairline and above all the forelock are unmistakable. Elvis's haircut is an early example of the pop icon trademark feature; many other heads would follow. Yet he, too, may have emulated earlier stars—the quiff bears a dangerous resemblance to that sported by Captain Marvel, Jr., an eternally youthful superhero, exactly what Elvis wanted to become and became. Conscious of the fact that Elvis was actually blond, making his hair just as fake as a fake beard, Renner's game of mistaken identities plays out in color and black-and-white.