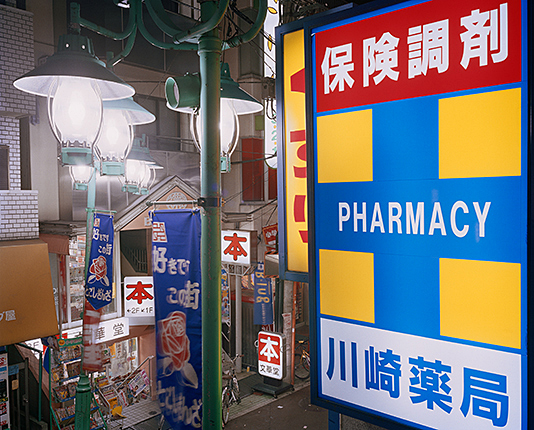 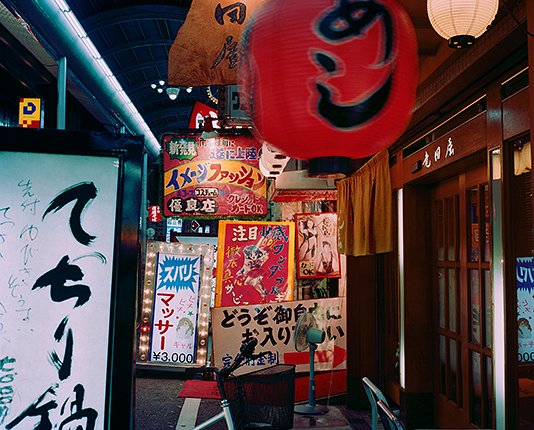 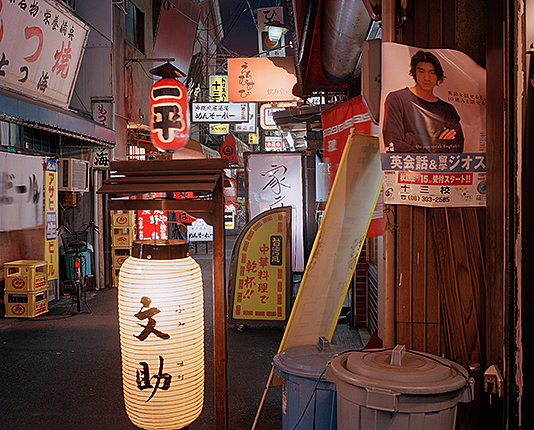 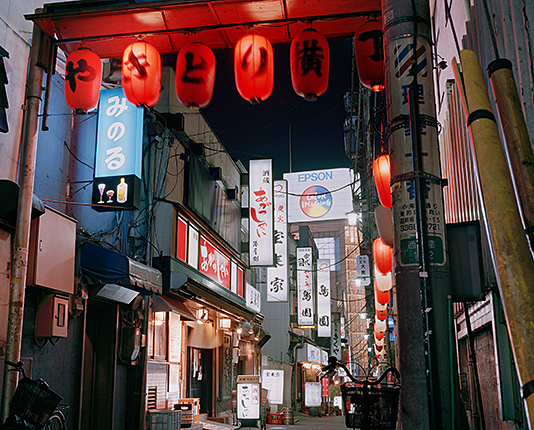 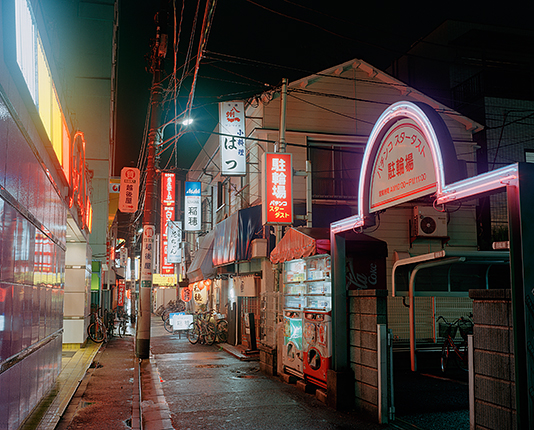 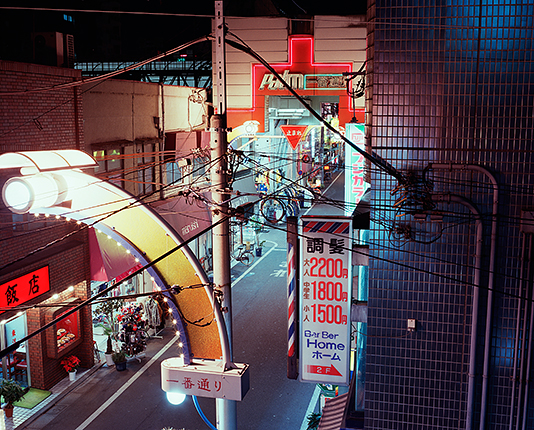 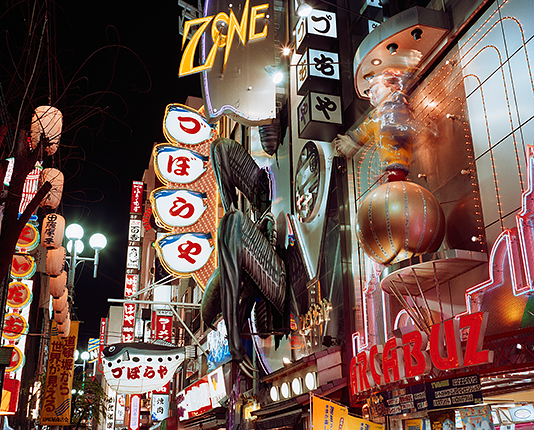 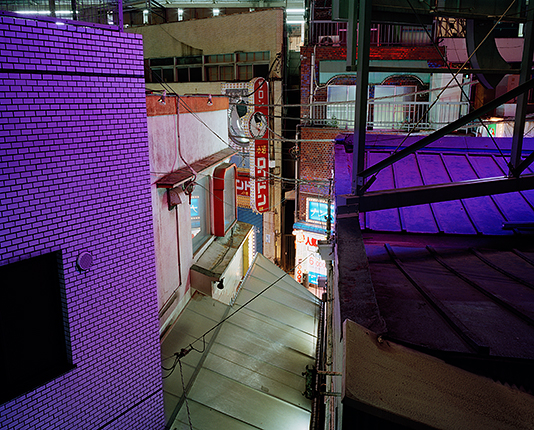 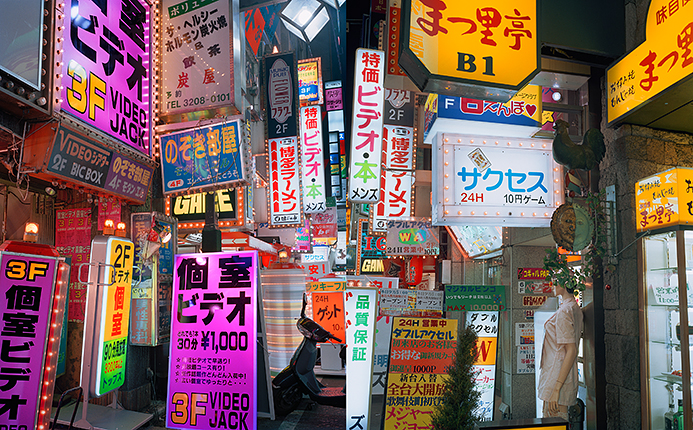 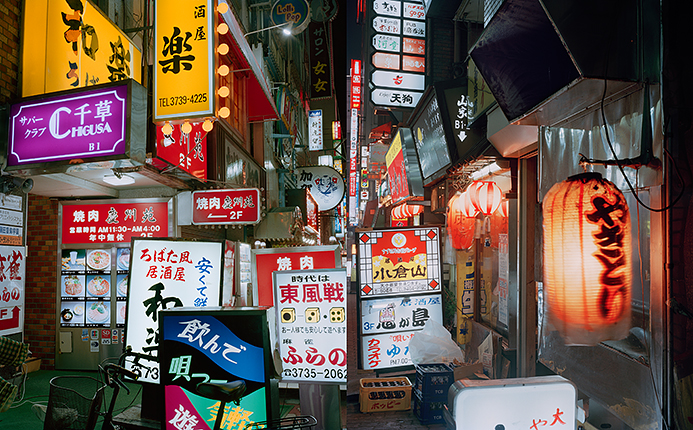 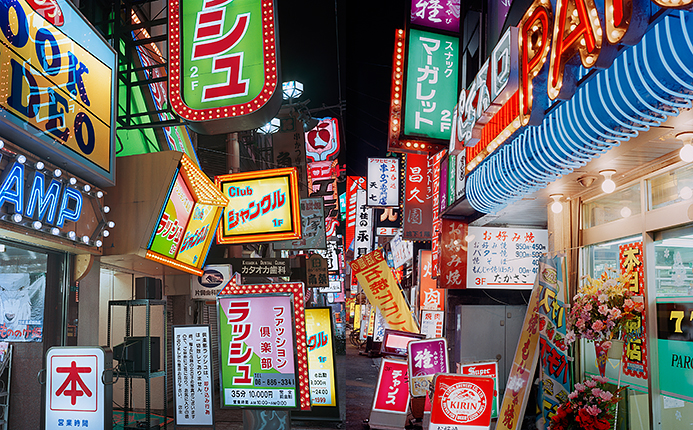 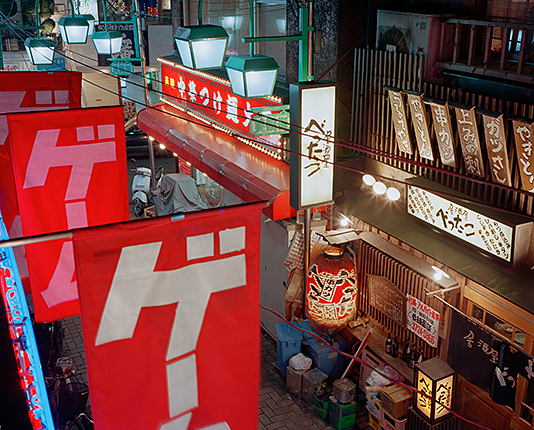 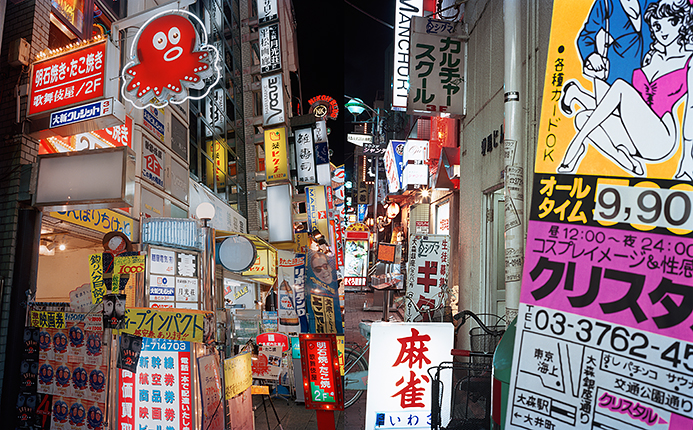 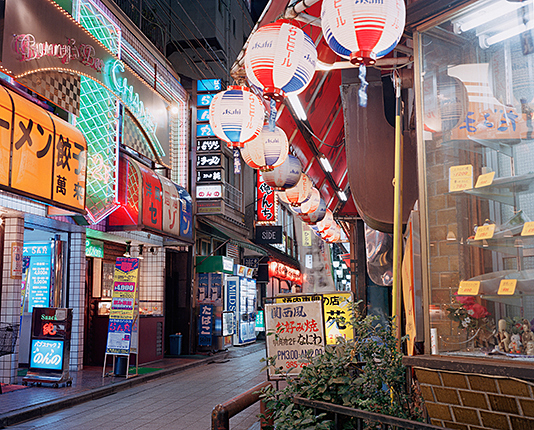 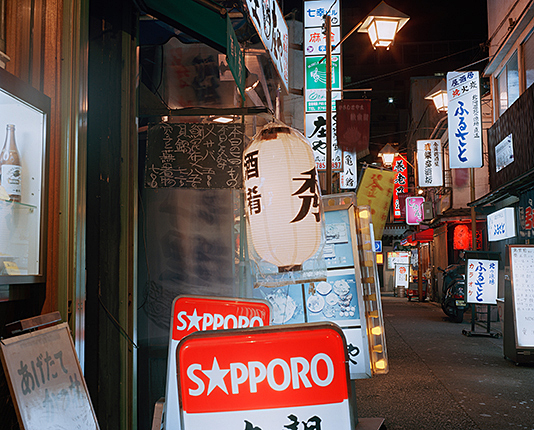 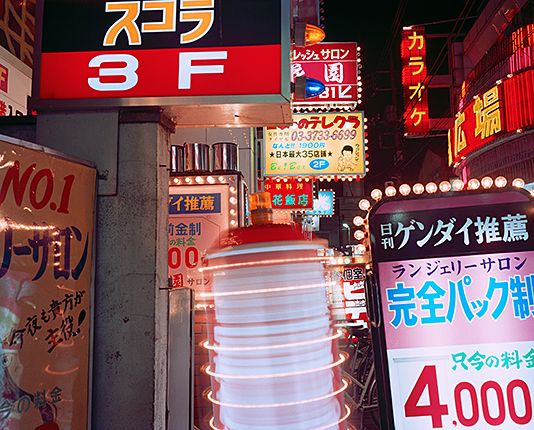 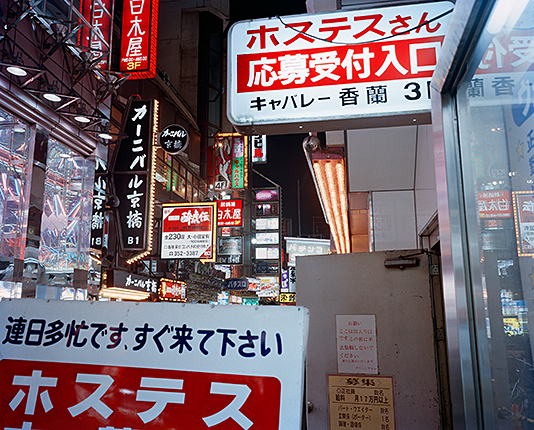 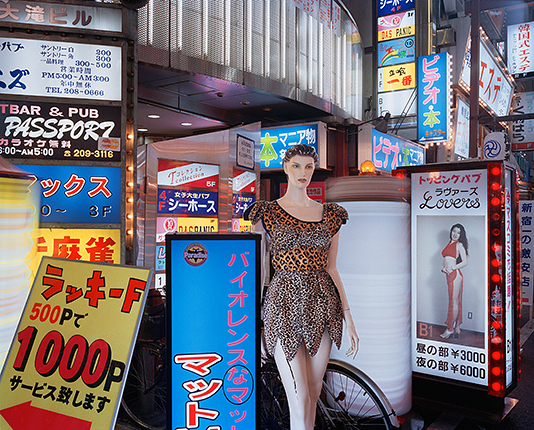 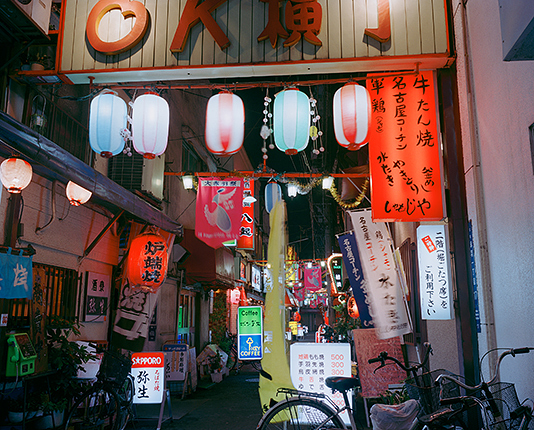 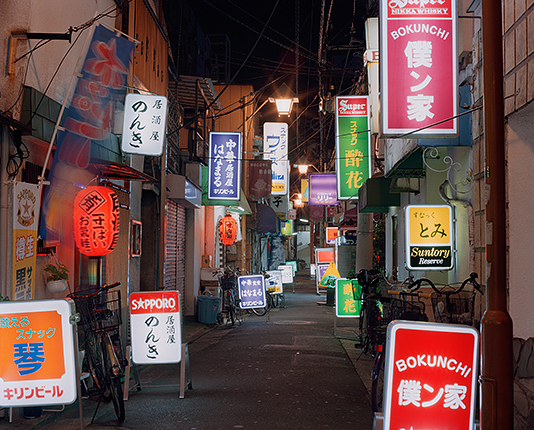 These photographs were shot between 1997 and 1999 in Tokyo and Osaka. The locations are primarily in what we usually call “entertainment districts”, chosen with the aim to capture the peculiar beauty and atmosphere of squalid neighborhoods that are anything but beautiful in the common sense. Entertainment districts in Japan are full of places that cater to human desires for food, sex and amusement. Gaudy billboards aiming to attract customers are all over the place, looking like flowers that bloom while breathing the air of obscenity in such places. As I walked through the streets attracted by that feeling of squalidness, I noticed that the billboards – randomly placed, and a far cry from elegant or beautiful sights – create intriguing rhythms of colors, lights and shapes when seen from certain perspectives. Touched by the beauty generated from the crush of vulgar elements, an unintended beauty born out of necessity, I started taking photos. When shooting, I eliminated human figures in order to capture the city itself. Even at crowded street corners it happens every once in a while that the tide of people is interrupted for a few seconds. Those are the moments when I open my lens, and I quickly cover it with a sheet of black paper as soon as they start coming again. By repeating this procedure several times, I accumulate the necessary exposure time between 30 seconds and one minute. The photos are in a way multi-exposure shots gathering moments when no people are around. When removing human figures from streets that are usually crowded with people, the city reveals a face that one normally does not get to see. In empty streets, the excessive colors and lights of neon signs seem deprived of their original purpose of attracting people. The spectacle of lights that glitter as if only for the sake of the glitter itself looks to me like a living organism that goes on and on forever, even without humans, and is out of their control. Today, fifteen years later, the rapidly metabolizing city continues to change its appearance. When looking back at the city at the end of the last century, old and new things just somehow managed to stay in balance, which for me was more appealing than today’s neat and pretty streets. But no matter how much things change on the surface, I feel that this “spirit of the place” kind of undercurrent, this messy sort of beauty and atmosphere that is unique to each place, is something that is eternally preserved deep down in the history of the city.